Is Hydrogen Peroxide Safe for Cats? 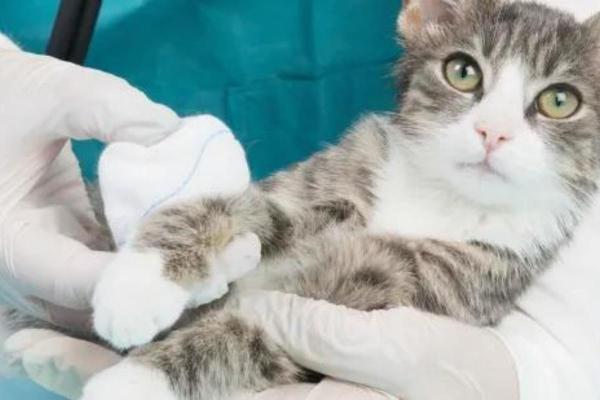 Hydrogen peroxide has been used to treat wound healing in human medicine for many years. Despite conflicting reports on its efficacy, many still use it for treating various issues and wonder if they can use the same product on their pets. Hydrogen peroxide is a compound that has been used for a long time for its oxidizing effect, its antiseptic and antimicrobial capacity, and even for its whitening properties in beauty therapies. Despite such widespread by humans, this doesn't mean it is safe for our companion animals. This is why AnimalWised asks is hydrogen peroxide safe for cats?

You may also be interested in: Why is My Cat’s Nose Bleeding?
Contents

Can you use hydrogen peroxide on cat wounds?

Hydrogen peroxide (H2O2), also known as dihydrogen peroxide or dioxidane, is a chemical compound that is found in liquid form. It is somewhat more viscous than water (H2O) and has a penetrating and unpleasant odor.

Hydrogen peroxide is a very unstable compound that quickly decomposes into water and oxygen, releasing large amounts of heat. The uses of hydrogen peroxide largely depend on its concentration, with only low-percentage solutions sold for consumer use and higher concentrations used for various industrial purposes:

In the home, this compound's uses are related to its antimicrobial, antibacterial and antiseptic properties due to its oxidizing effect at concentrations not exceeding 6%. This oxidizing effect produces OH- or hydroxyl, as well as free radicals. These compounds attack proteins and lipids of the cell membranes of microorganisms. In recent years, hydrogen peroxide use has been reduced due to the preference of products with cause less irritation.

When we look at using hydrogen peroxide for our cat, we should know that it is possible. Many caregivers have used hydrogen peroxide to treat wounds and other lesions on cats for a long time. This is because it can kill bacteria in and around the wound which can lead to infection. Although we can use hydrogen peroxide on cats, it is not ideal.

When properly applied, hydrogen peroxide will not cause intoxication in cats. However, it is a substance which is known to be relatively abrasive. For this reason, it is often better to use an alternative antiseptic product such as chlorhexidine for cats. This latter product is considered safe and effective when used topically on felines.

Although we can say that hydrogen peroxide is safe for cats when used to treat wounds and similar abrasions, this odes not mean it should be used for other purposes.

As stated above, hydrogen peroxide has bleaching abilities. For this reason, it is used in various whitening processes, especially for industrial use. This has led many caregivers to think they can use this bleaching effect on their cat.

We should never used hydrogen peroxide on our around our cat's eyes, even in low concentrations. The hydrogen peroxide is a sufficiently strong compound that it can damage the tissue of the eyeball. Either clean the areas with a suitable alternative or leave the tear stains as they are.

All cats will need their ears cleaned from time to time. This will help reduce the risk of otitis, bacterial infections and other issues which can affect the ears of cats. Since it has an antimicrobial effect, many wonder if they can use hydrogen peroxide to clean a cat's ears.

As with cleaning stains around the eyes, hydrogen peroxide should not be used to clean a cat's ears. The sensitive ear canal can be damaged by the abrasiveness of the solution. You can find specific cat-friendly products to clean around your cat's ears, but using gauze and water should usually be sufficient.

What happens if a cat licks hydrogen peroxide?

If we use hydrogen peroxide on a cat's wound, it is important to prevent cats from licking the area and ingesting this compound. In addition to its bad taste, this substance can cause nausea and vomiting.

You should prevent your cat from ingesting hydrogen peroxide in chemical products such as cleaning products. Although the cat will not likely try to eat it of their own accord, they can ingest some accidentally. The amount of hydrogen peroxide used on a wound site should not cause a risk of intoxication, but we should always be observant of possible symptoms such as vomiting and diarrhea in cats.

How to disinfect a cat's wound

It is important that every cat guardian knows how to disinfect a wound, especially minor superficial wounds. For deep wounds or serious lacerations, it will be necessary to take the cat to a veterinarian. They will be able to carry out debridement or removal of dead tissue from the wound, stabilize the cat's vital signs and offer sedation where necessary.

For small cuts and wounds, it is important to know first aid for cats:

Now you know how to treat and clean a cat's wounds, you may find our article on why my cat's wound isn't healing useful.

If you want to read similar articles to Is Hydrogen Peroxide Safe for Cats?, we recommend you visit our First aid category.

Bibliography
Making your Dog Vomit
How to Make a Cat Vomit
First Aid for Dog Wounds - Treating Dog Wounds at Home
What Should You Have in a First Aid Kit for Dogs?
Related categories
Hereditary diseasesParasitic diseasesMedicinePregnancy problemsNeurological diseasesCardiovascular diseases
Most read
1.
My Dog's Poop Starts Solid Then Goes Soft
2.
My Dog Is Bleeding from His Penis
3.
My Dog Keeps Licking Her Private Area - All Possible Reasons
4.
My Dog Has Pus Coming From His Penis
5.
My Cat Has Liquid Coming From Their Anus
6.
What to Do if My Dog has Something Stuck in his Throat?
7.
Can I Bathe My Dog After Vaccination?
8.
Why Does my Dog Have Swollen Breasts?
Poisoning in Cats - Symptoms and First Aid
My Dog Has a Bite Wound From Another Dog
My Dog has a Broken Nail
How to Know if My Cat is Sick
My Cat is Acting Weird After Flea Treatment
Why is My Cat Fainting? - Syncope in Cats
Best Natural Anti-inflammatories for Dogs
First Aid for Cats: Road Accidents and Run Over Cats

Is Hydrogen Peroxide Safe for Cats? 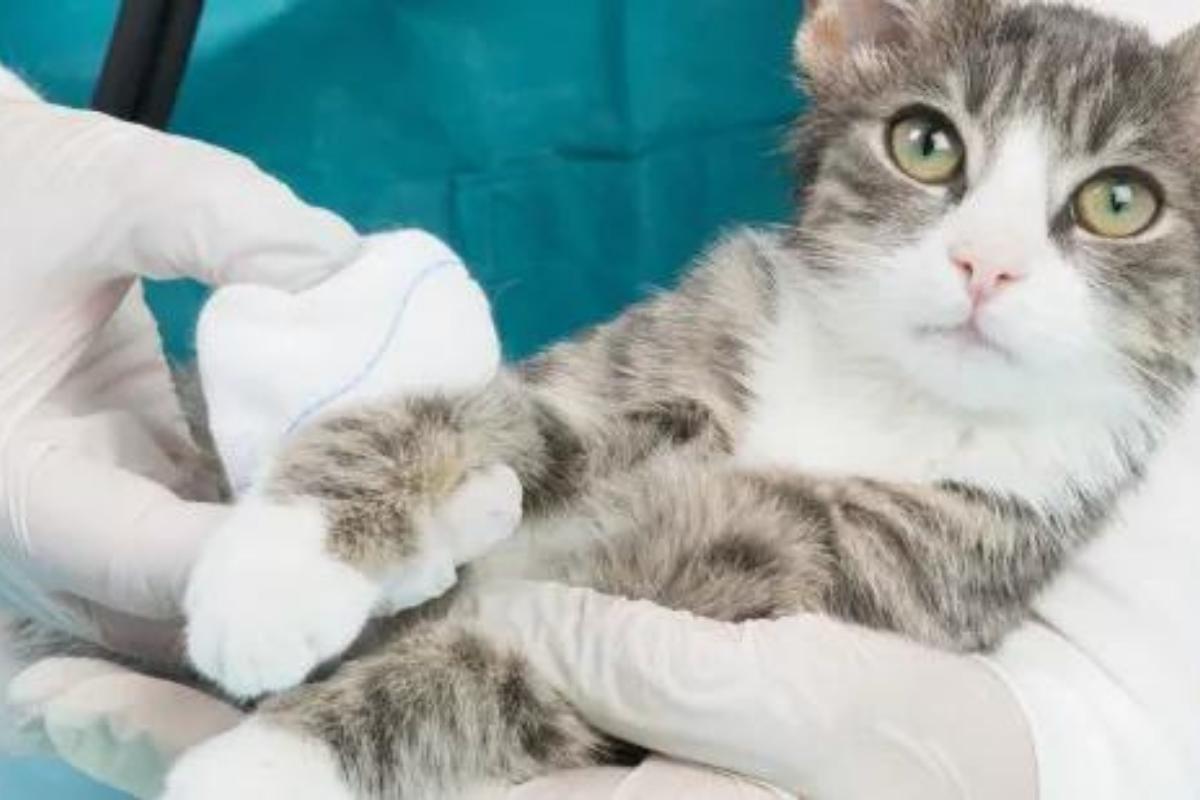 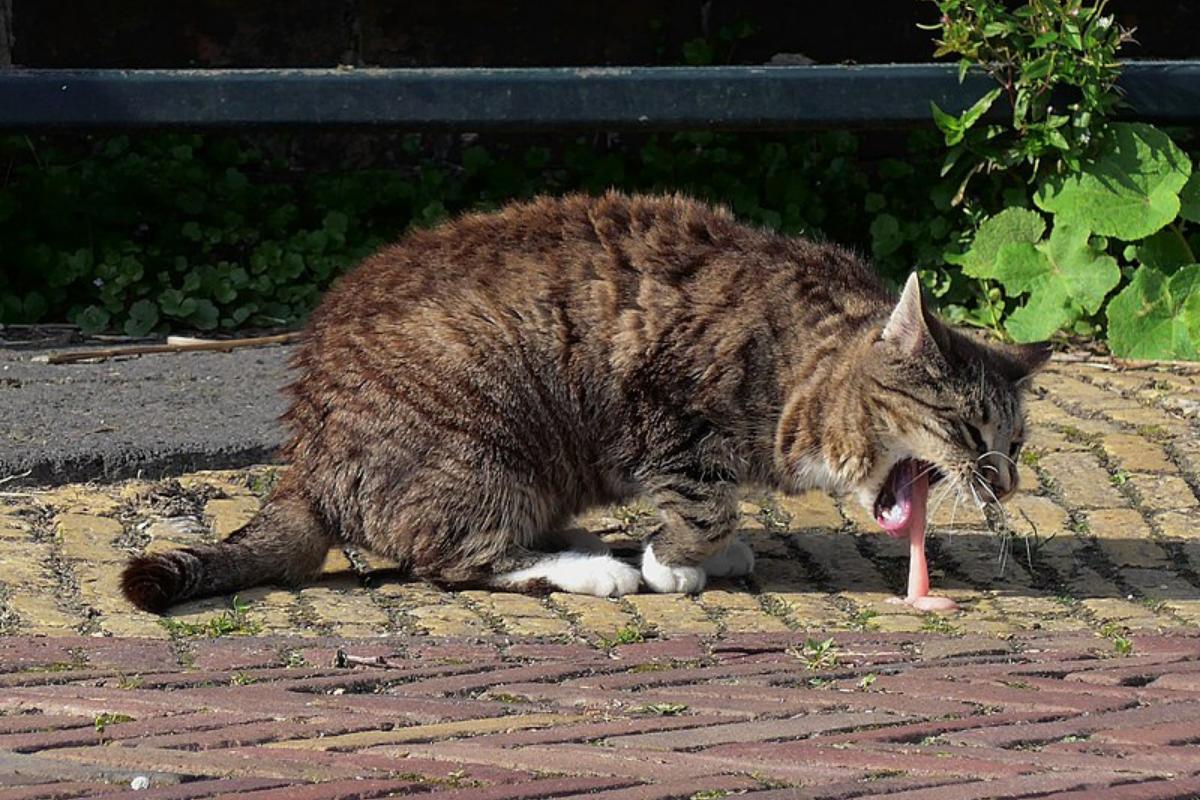 1 of 2
Is Hydrogen Peroxide Safe for Cats?
Back to top