Most Endangered Species in North America 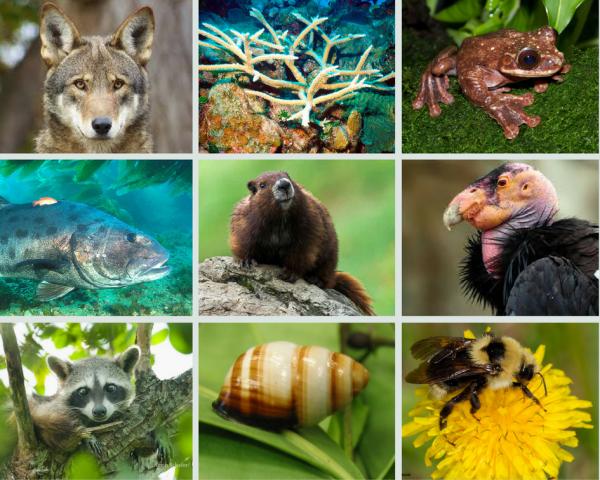 North America's fauna is rapidly crumbling. More and more of the continent's beautiful and dynamic wildlife are now critically endangered . Whether it be from environmental diseases, parasite infestations, poachers or countless other causes, they are quite literally on the brink of extinction.

Today, AnimalWised wants to inform you of the 9 most endangered species in North America, according to the IUCN Red List of Threatened Species. Although it may not seem likely at first, we can indeed aid the prevention of extinction through education and awareness. So, let's get onto our list.

You may also be interested in: Are Spider Monkeys Endangered?
Contents

The Vancouver marmot ( Marmota vancouverensis ) is a critically endangered species living in the open alpine habitat of Vancouver Island in British Columbia . If you do not know what a marmot is, picture a large squirrel and you will have a rough idea. Better yet, take a look at the image below.

These furry herbivores stay in their small groups of one to three and can be found in highly elevated forests. It is not certain how many marmots there were before experts began counting in 1979. However, it is known that numbers have deteriorated from several hundred in the 1980s to a miniscule 30, in 2003 [1] .

The reason for the population decline of these cute creatures isprimarily due to climate change affecting their habitat.Rising temperatures have caused the loss of open alpine landscapes, resulting in poor survival rates. Likewise, the unfortunate clear-cutting of Vancouver Island's forests has made a detrimental impact.

Since then, conservation authorities have bred some in captivity to increase their numbers. The marmot population has in fact increased to an estimated 200. However, these rare mammals are incredibly vulnerable to wolves, cougars and even birds.

The red wolf ( Canis rufus ) is another critically endangered species of wolf that is native to the Eastern US. Today, only a mere 50 red wolves remain in the wild in North Carolina. However, 200 red wolves are in captive breeding facilities around the US [2] .

There are several reasons as to why their population has plummeted. Persecution by ranchers, environmental diseases, parasite infestations, and lack of food and resources. Although conservation efforts increased the number of red wolves, there is a new risk to them. What you will do throughout this article is that climate change is a huge factor and a huge problem.

The rise of sea levels may end up completely covering the red wolf's coastal home. Having said this, Alligator River scientists are planting soil-stabilizing trees, to protect the refuge from higher tides and stronger storms. These provide the wolves with more time to move inland to the coastline shifts.

Just off the coast of Mexico on Cozumel Island you will find the pygmy raccoon ( Procyon pygmaeus ). This species mainly resides in the mangrove forests and wetlands near the coast. Similarly to the other endangered animals of North America, there are only a few hundred left in the world.

The sad reason for their decline is due to the rise of tourism on the island. Scientists fear that new roads, hotels and golf courses will use up fresh water that is vital for the raccoons' survival.

Furthermore, feral cats and dogs are a threat to these creatures as they carry infectious diseases.

Staghorn coral ( Acropora cervicornis ) is a critically endangered species of coral. It is mainly found in back reef and fore reef habitats off the coast of the United States (US), Caribbean islands and the Great Barrier Reef.

The staghorn coral is highly susceptible to variances in temperature and salinity, factors which are influenced by the changing environmental patterns. Other factors leading to the decline of this species include extensive predation and disease outbreaks.

In the past 30 years, the Caribbean has lost 80 percent of its corals. Unfortunately, the coral staghorn was one of these victims. Since 1980, populations have declined by almost 90% in some areas , a huge number.

Industrial temperatures have increased by 1.3 degrees Fahrenheit since the late 19th century, and the ocean's acidity has increased by 30 percent since the start of the Industrial Revolution. As a result, corals are bleaching and struggling to deposit calcium-carbonate exoskeletons that form reefs. We discuss the effects of mass bleaching on AnimalWised.

There are 41 species of Oahu tree snails ( Achatinella ), and every single one is threatened today. These Hawaiian snails used to cover the entire island of Oahu but now can only be found on the high ridges of its two extinct volcanoes. Their low fertility rate and loss of habitat are two main factors that have resulted in their epic decline in population.

They have also been greatly affected by disturbances in the ecosystem caused by human activities, and their shells are often extracted by collectors too.

In fact, the Hawaiian Islands, where the remaining remaining snails reside, is also referred to as the "Endangered Species Capital of the World". A sad reality.

Another critically endangered species, the giant sea bass ( Stereolepis gigas ) is found along the reefs of the US West Coast, from Northern California to Baja and the Gulf of California. Their population has been depleted by commercial and sport fishing. Many think the numbers of the giant seabass are recovering, but there is not enough evidence to support this.

The smallest of all marine turtles, the Kemp's Ridley sea turtle ( Lepidochelys kempii ), is a critically endangered species found in the Atlantic, off the eastern coast of the US and Mexico.

They have been assigned a protective status but unfortunately too late after they were extensively poached for their meat. Often these poor turtles are killed after getting tangled in fishing nets and equipment. Of course, water pollution and habitat are factors that have led to their decline. [3]

There is now a system of reserves for these turtles, including the Rancho Nuevo beach. People as far as Massachusetts have helped by rescuing any turtles that take a wrong turn and get stuck at Cape Cod Bay. These efforts have seen success and around 8,000 Kemp's ridley sea turtles nested in 2009. Happy news.

HJ Franklin's bumblebee ( Bombus franklini ) is actually considered by some to be extinct in the wild. But officially, they are critically endangered. This species of bee has such a vital role in the pollination of many wildflower species, such as horsemint and lupines, their decline is making an impact.

Named after entomologist Henry J. Franklin, this US only species has been negatively impacted by habitat degradation, pesticides, and pathogen spillage. They are known to live in a narrow 190-mile stretch of southern Oregon and northern California, between the Sierra-Cascade and the Coast Mountains.

This critically endangered bird has a nine-and-a-half-foot wingspan , deep black feathers and a bare pink head. They are incredibly impressive to look at.

Wildlife Service captured the last nine in the wild and placed them in a breeding program. Seven years later, the birds were reintroduced into California. About 150 birds have been released into the wild, and with natural breeding the population has risen to around 300 birds. A promising change, but a lot will need to be done to preserve this number and help it grow.

This arboreal species of frog was known to inhabit the tree canopies in the forests of central Panama and was only discovered in 2005.

Despite efforts by conservation teams to save them, fungal disease triggered by the fungus Batrachochytrium dendrobatidis wiped out huge numbers of the frog.

Unfortunately the last remaining Rabbs' fridge-limbed treefrog, a male named Toughie, died in September of 2016. He resided at the Atlanta Botanical Garden until then.

How can I save endangered animals?

The easiest things you can do to help the preservation of wildlife are:

If you want to read similar articles to Most Endangered Species in North America, we recommend you visit our Endangered animals category.

References
Critically Endangered Monkey Species
Endangered Animals in the Great Barrier Reef
Most Popular Herbivore Dinosaurs
The 10 Animals In Danger Of Extinction In The World
Related categories
Facts about the animal kingdom
Most read
1.
What Animal am I According to my Zodiac Sign?
2.
Are There Venomous Spiders in the UK?
3.
What Does It Mean When a Cat Shows Up at My Door
4.
The 10 Most Solitary Animals in the World
5.
10 Most Beautiful Animals in the World
6.
10 Smells that Attract Cats
7.
Differences Between Deer, Elk, Moose and Reindeer
8.
How Many Types of Lions Are There?
Extinct Species of Cat
12 Animals In Danger Of Extinction in Mexico
Why are Giraffes a Vulnerable Species?
Why are Kiwis Endangered? - Facts and Figures
12 Animals in Danger of Extinction in Peru
Why Are Giraffes Endangered?
Are Blue Macaws in Danger of Extinction?
Endangered Animals of India - With Pictures

Most Endangered Species in North America 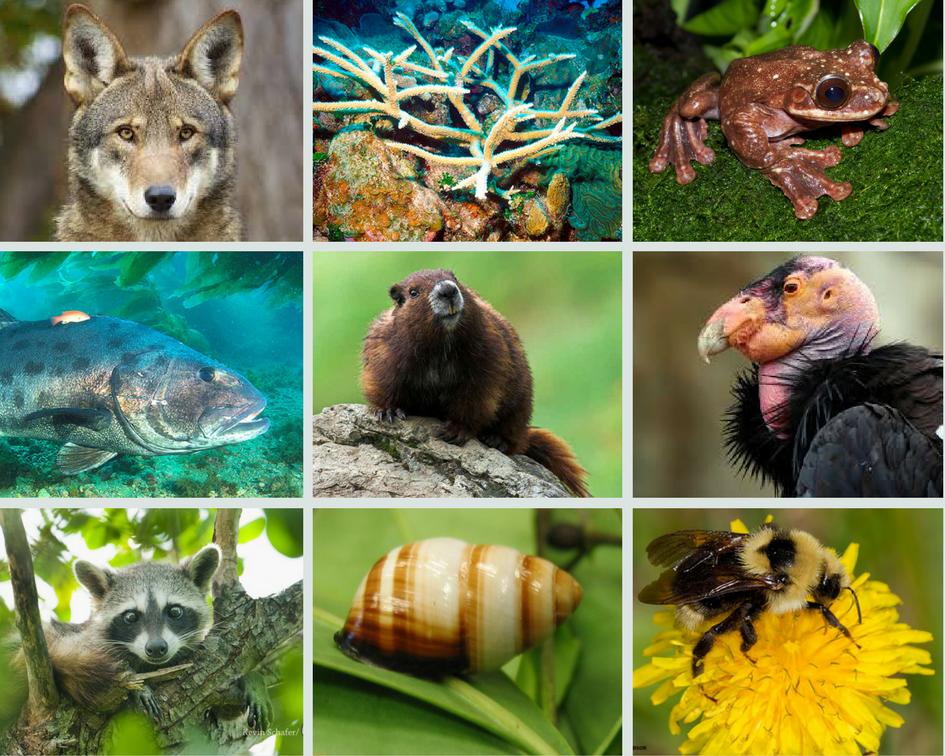 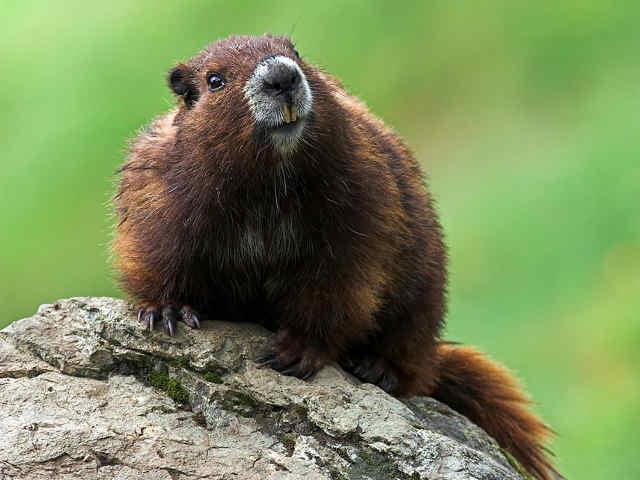 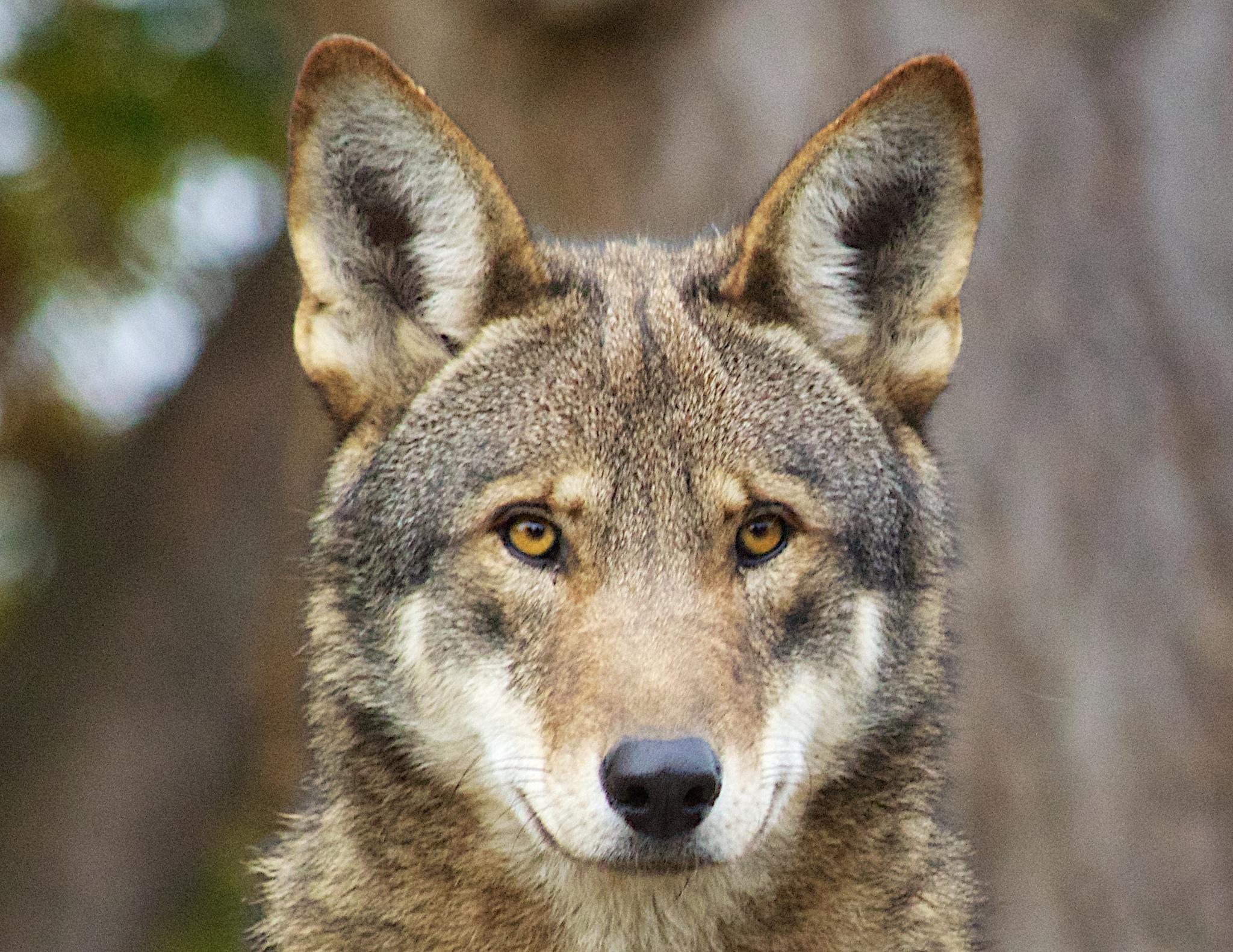 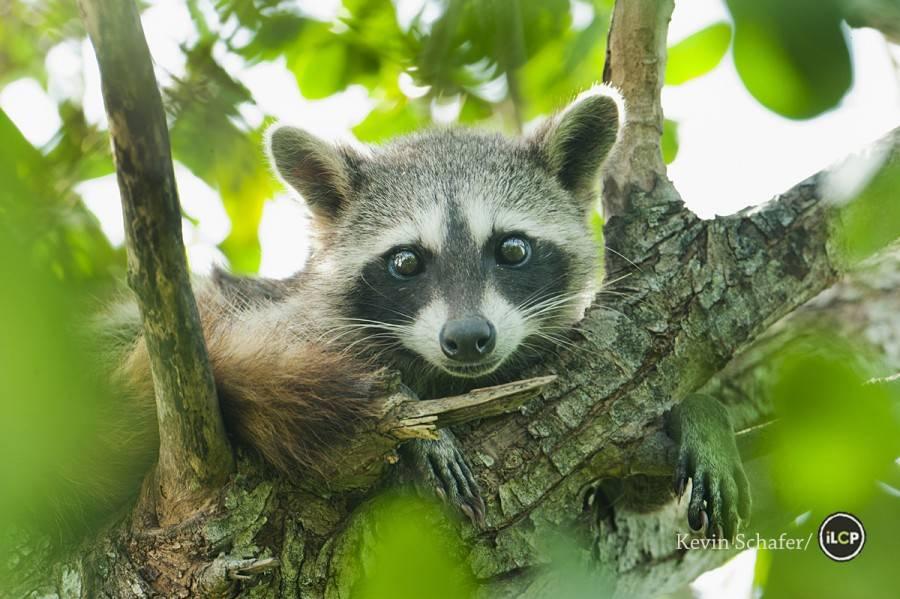 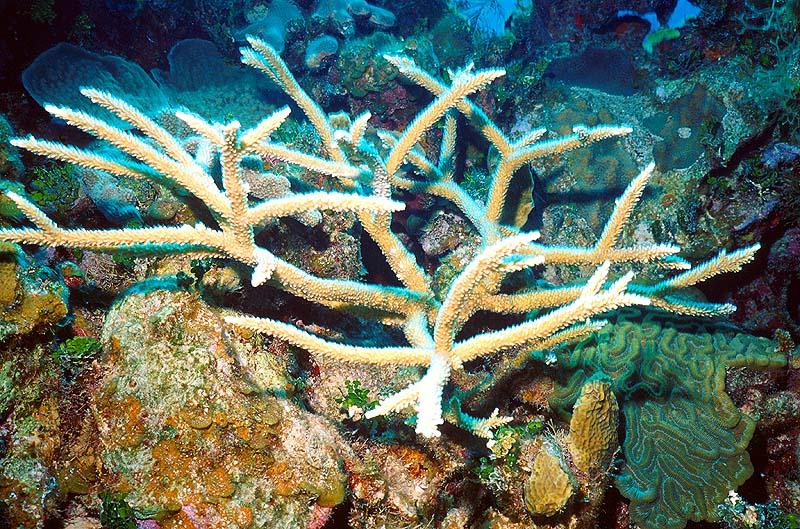 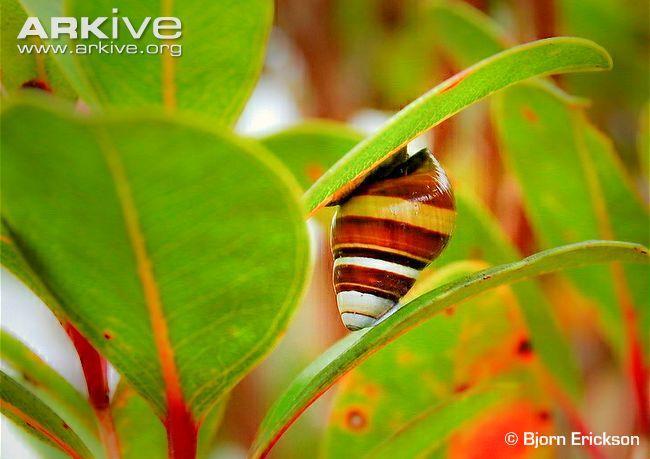 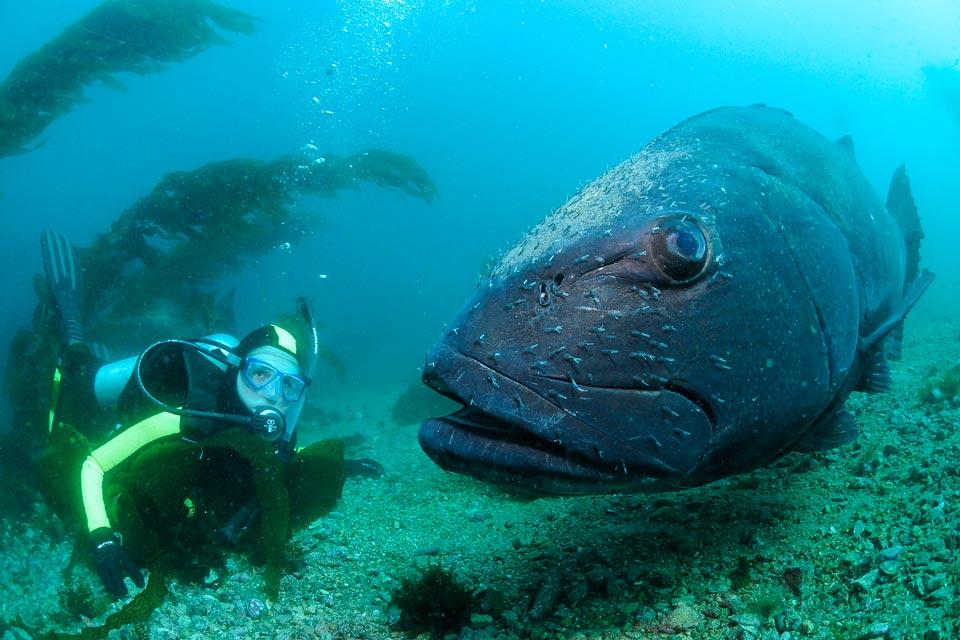 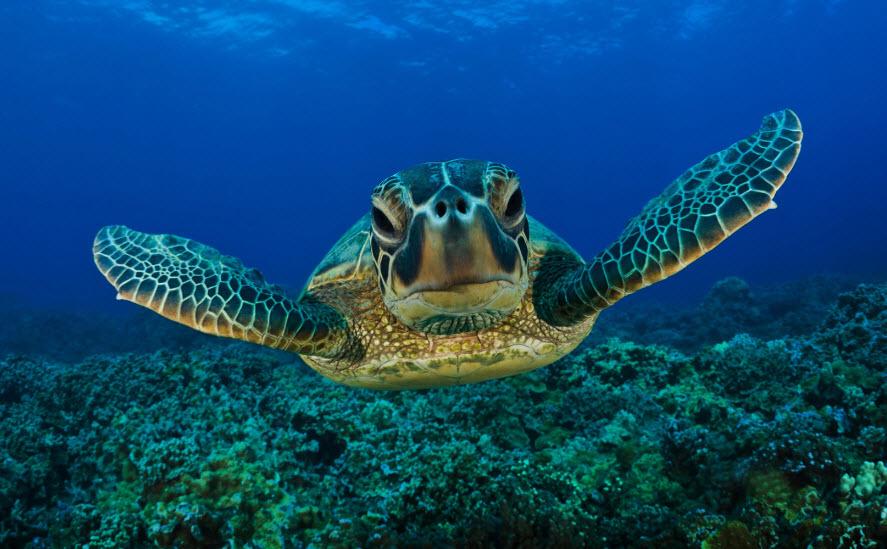 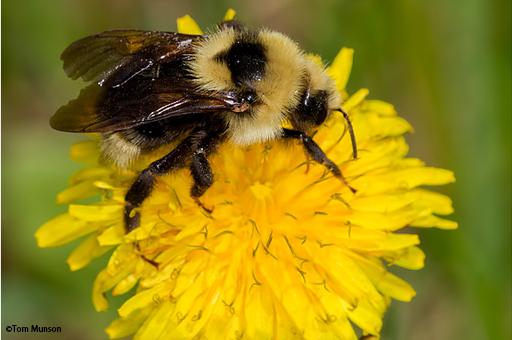 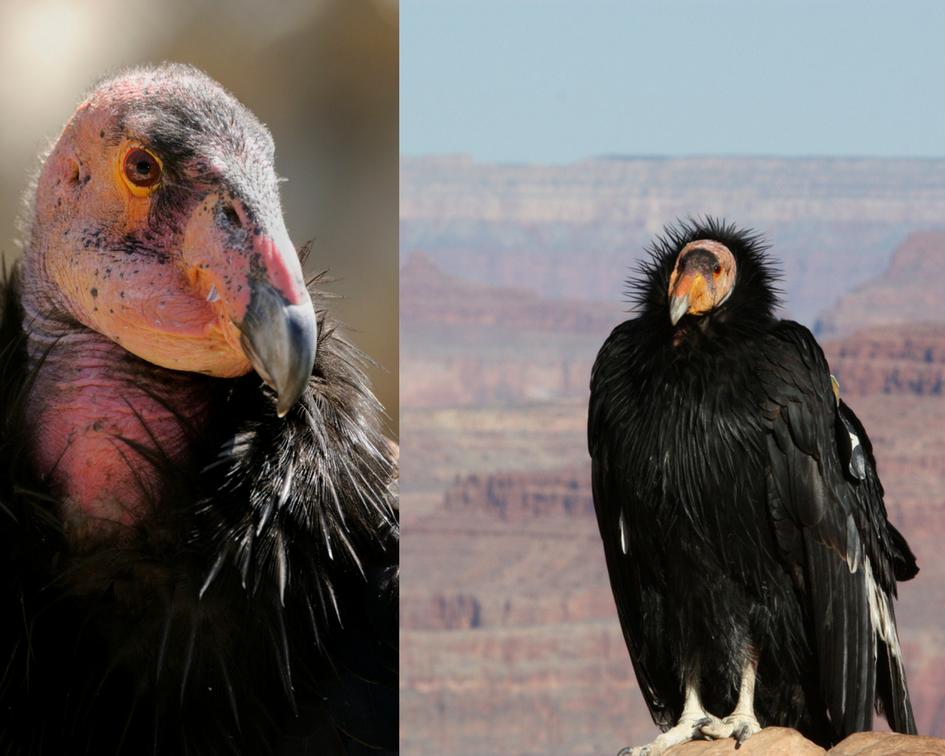 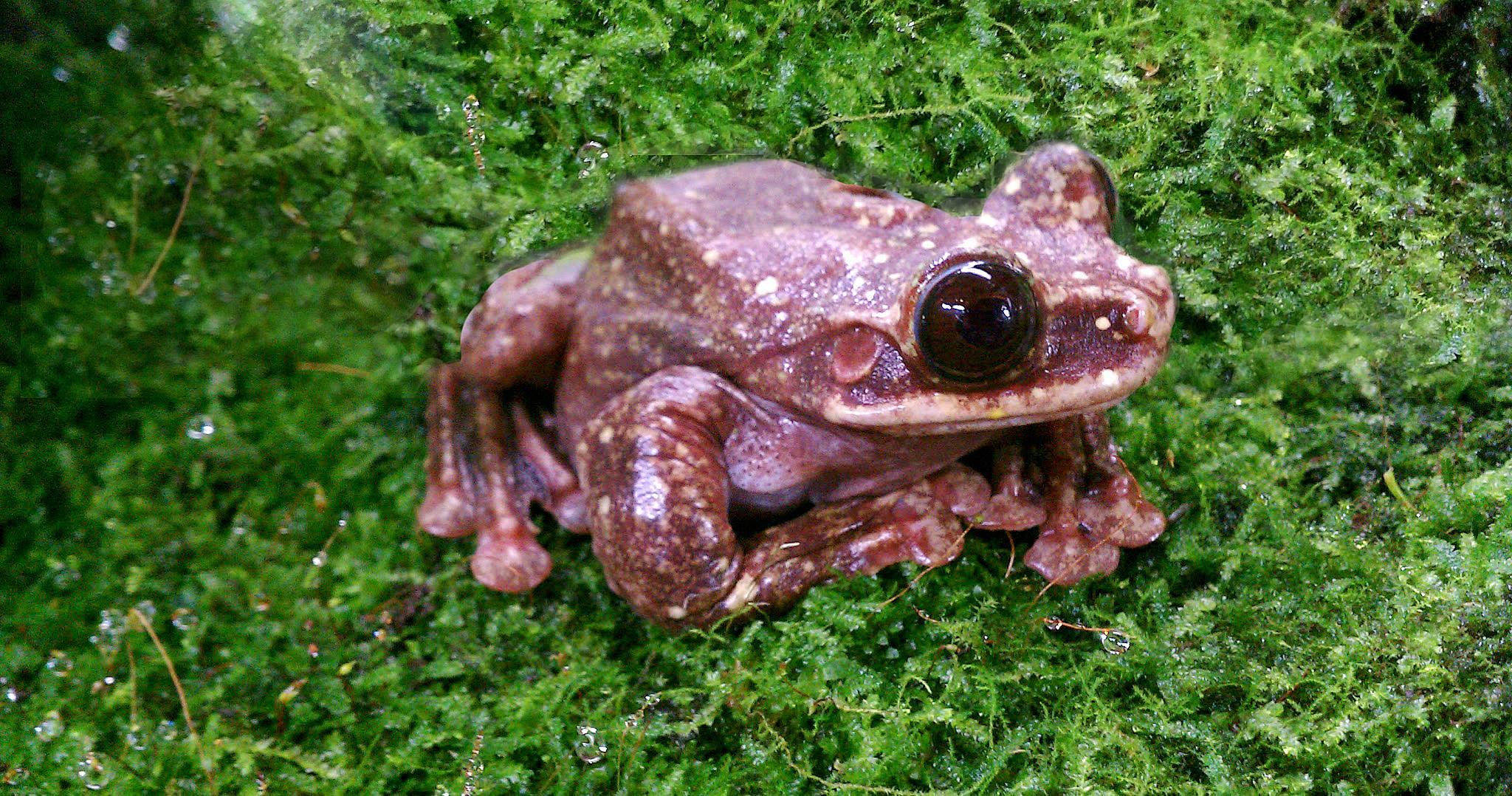