Gagging and retching are movements which a cat makes when it seems like they will vomit, but they don't. Although similar, it is not the same as coughing since the movement is coming from their digestive tract and not their respiratory system. It is possible for a cat to have problems with both these systems at the same time, but gagging is related to the former. A cat can gag for some time and then expel something from their mouth, but it is also possible the cat will retch for a time and then stop without vomiting.

Although very unpleasant, gagging and retching are relatively common behaviors in cats. Some will gag more than others, often due to underlying health reasons, but there are other factors involved. At AnimalWised, we look at what happens when my cat keeps gagging. We look at why this happens and what we can do to prevent it in the future.

You may also be interested in: My Cat Keeps Making Choking Noises

What is gagging in cats?

Gagging is an action which is a result of a reflex motion, meaning it is not usually a voluntary action. When muscles contract at the back of the cat's throat, they gag as a reaction. Known as the pharyngeal reflex or gag reflex, it helps prevent choking in cats since the reflex can expel objects which might otherwise be stuck in their esophagus. We can see this when a cat eats too fast as the reflex acts when too much food is trying to pass the back of the throat.

Although retching might prevent objects going down the back of the throat (pharynx), it can also cause them to be expelled outward. This often occurs when the respiratory system is in jeopardy. If food or other objects are likely to go into the respiratory system, the gag reflex may be triggered and the objects expelled.

While the gag reflex usually enacts because of stimulation of the nerves in the pharynx area, it may also happen when nothing appears to be there. This can be the case if the cat is sick as bacterial proliferation might trigger the gag reflex. For more information on why a cat keeps gagging, which show you the common cause below.

When a cat has dietary issues, it can be due to both how the cat eats and what they eat. When a cat eats too fast, they ingest food at a rate their body cannot tolerate. This is often why we see a cat vomit after they eat. However, it might not produce actual vomiting, but instead the cat will gag for a certain time until the food goes down and settles.

The reason cats may eat too fast is often due to stress. They may feel insecure about the food they receive, so they eat fast without chewing in case the food is taken away from them. This can happen if we feed them irregularly or miss meals altogether.

The type of food they eat can also promote retching. If the cat has trouble swallowing, but we give them food with large pieces, they may be unable to break them down properly. Dental problems can exacerbate this situation if it causes problems with chewing. Often we can remedy this problem by providing kibble with smaller-sized pieces or even changing to wet food.

Cats are notoriously curious animals. Since they don't have the same dexterity in their paws as humans have in their hands, they use their mouth more to interact with their environment. They can chew or ingest certain objects which can lead to gagging. When they break something down by chewing, remnant pieces can also trigger the gag reflex, it doesn't necessarily mean they have something blocking their throat completely.

If the object is stuck at the back of the throat, the cat will use retching to try to remove it. We may see they have drool coming out of their mouth since mucus is brought up to lubricate the area. When the gagging doesn't work, it can be very dangerous for the cat. We should take them to a veterinarian immediately so they can safely detect the object and some it without damaging any surrounding tissues.

Hairballs, scientifically known as trichobezoars, are caused by the accumulation of hair in the cat's gastrointestinal tract. When a cat licks themselves for grooming purposes, the rough papillae of their tongue collects dead hair similar to a hairbrush. Since they are using their mouth, it is common for this hair to collect and enter their digestive system.

Although the hair should be in small amounts, it is possible for them to collect along with other digestive material. The result is a hairball which can be of varying size. Longhaired cats are more commonly affect by hairballs as they have more hair to ingest.

Hairballs cause a cat to gag and retch as they try to bring them up through their mouth. This can be a frustrating process for the cat, but it is fairly common and doesn't usually require treatment. We can aid this process by giving the cat malt paste, a special paste used to lubricate their passageways and promote the expulsion of hairballs in cats. 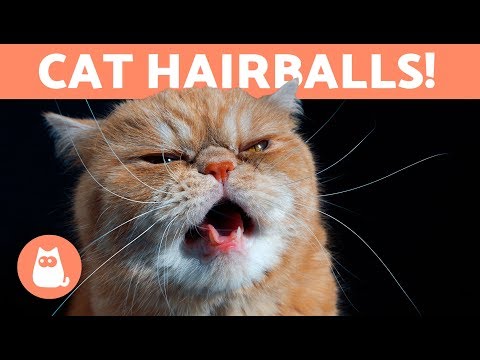 When a cat has an allergic reaction, it can result in various symptoms. These can range from mild skin irritation to going into anaphylactic shock. An allergy can cause gagging because the allergen produces swelling in the throat region. Although no foreign objects are present, the inflammation triggers the gag reflex and they start retching, even if there is nothing to bring up.

In severe cases, the cat allergy can close of their respiratory tract and provide them with serious breathing difficulties. The type of allergen can be almost anything which results in a reaction in the cat. Food is a common allergen for some cats, but cleaning products, flowers and even something as innocuous as dust can cause a reaction if the cat is susceptible.

When a cat ingests something toxic, they will have various symptoms. Poison will cause the body to start shutting down and reacting inappropriately. The gag reflex is commonly triggered, but it may also seem like the cat is choking. It is vital we take the cat to a veterinarian as acute intoxication can be fatal for the cat.

Take look at our guide to first aid for poisoning in cats to know more about what to do.

Diseases which cause cat gagging

If your cat keeps gagging in fits over a period of time, it likely means they are suffering a chronic problem. This could be related to inappropriate diet as mention above, but it may also be due to an underlying pathology.

Certain diseases, even if they are not ostensibly connected to the pharynx, can result in the cat retching repeatedly. The following diseases are link to cat gagging as a symptom:

If you want to read similar articles to My Cat Keeps Gagging - Causes & Treatment, we recommend you visit our Other health problems category. 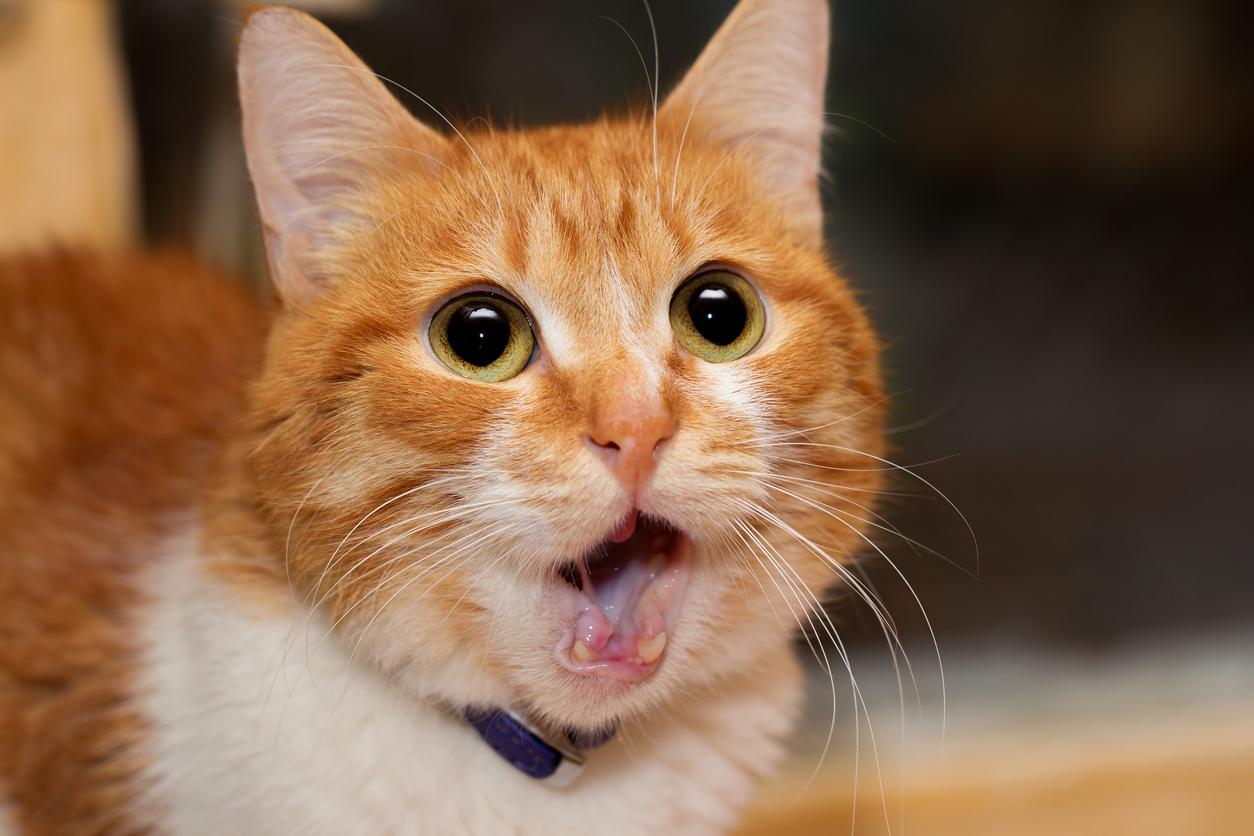 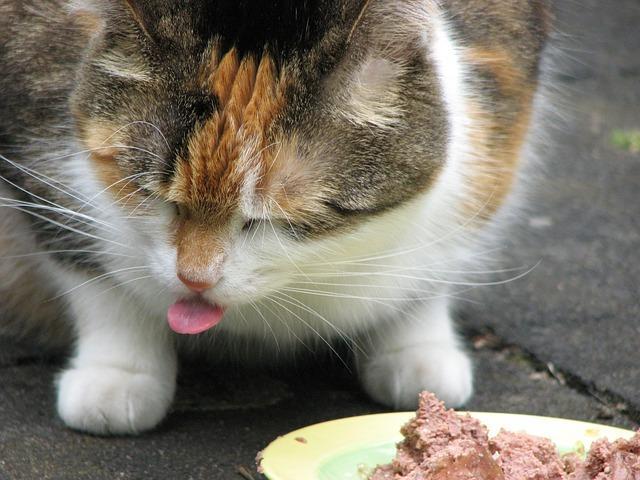 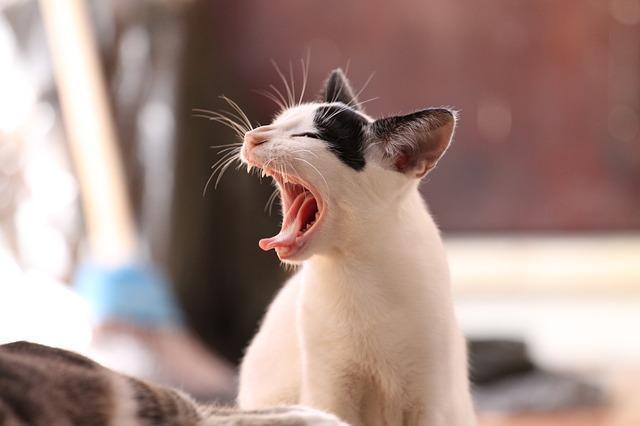