Why is My Dog Gagging All the Time?

Many dogs are prone to vomiting. They do it when they eat something disagreeable, when they have overindulged or if they exercise too soon after eating. However, there is always a reason for it, whether relatively benign or a symptom of something more serious. Sometimes dogs may make the same retching sounds, yet they don't actually produce anything.

Just because no vomit is produced, it doesn't mean there is no problem. On the contrary, gagging without vomiting can put strain on a dog's abdominal region and their digestive system. It is for this reason it is important to distinguish between a dog gagging and coughing. The causes of both are different and require their own treatment. Gagging can last a couple of seconds, but it isn't uncommon for it to be prolonged. If so, you might ask yourself why is my dog gagging all the time? AnimalWised reveals the possible causes so you can know what to do next.

You may also be interested in: My Cat Keeps Gagging - Causes & Treatment
Contents

Why your dog keeps gagging

It is common for dogs to gag or retch as a prelude to vomiting. If the vomit is relatively swift and there are no other symptoms, there is likely nothing to worry about. However, if the dog keeps gagging and there are other symptoms present, it is likely the dog is suffering from a digestive disorder. If this is the case, you should consult a veterinarian.

When a dog vomits several times, it may be followed by a period of gagging. This is because there is no content left in their stomach to expel. However, this is not the only reason for gagging in dogs. The most likely causes of a dog gagging include:

We look at these causes of why your dog keeps gagging in more detail below. You may also be interested to look at our related article to know if it is normal for your dog to keep burping and coughing.

One reasons a dog may be gagging without vomiting is the presence of a foreign object. If swallowed, these objects can become lodged in the mouth, throat or esophagus. These objects could be anything from bone fragments, splinters, sticks, needles, hooks, plastic, toys, pieces of fabric or, essentially, anything that they can get passed the top of their throat.

If these objects have sharp edges they can complicate the situation by producing perforations in their gullet. If our dog starts to display hypersalivation, nausea, anxiety, rubbing their mouth against objects or with their own paws as well as gagging, it is likely there is the presence of a foreign body. If the object is still in the mouth, it has likely become stuck at the back of the tongue. If this is the case, it may be relatively easy to extract.

Objects stuck in the throat are more difficult to remove. Their removal will likely need to be removed by a vet under anaesthetic. If you see a thread, you should not try to pull it out as the other end may be attached to a needle and doing so could cause severe damage. If the object remains inside the body for long enough, antibiotics may need to be prescribed to stem infection. Objects which go past the esophagus can be detected with an x-ray and may need to be removed by an endoscope or abdominal surgery. When stick in the larynx, the dog will have coughing, choking and respiratory problems.

Having either of the above conditions may also explain our dog's gagging. Pharyngitis in dogs is the inflammation of the pharynx, the back of the throat. There are many causes, but the symptoms include fever, coughing, pain when swallowing, loss of apetite and gagging. If pharyngitis is present, you can see the back of the throat has reddened and may produce some pus. We will need to take our dog to the vet to identify the cause of the swelling and administer antibiotics. Pain medication may also be needed.

Bronchitis in dogs, especially chronic bronchitis, is a disease characterized by coughing which will not abate even after some time. It more often affects middle-aged dogs and happens due to the inflammation of the bronchi and bronchioles in the lungs. The bronchi are tubes which come from the trachea (windpipe) and go into the lungs, eventually dividing into bronchioles.

When this happens, the coughing caused by inflammation manifests itself in bouts, often triggered by exercise or excitement. Gagging can occur afterwards and may be accompanied by spitting. This can confuse owners as it is not vomit, but a white foam or spittle. It is not as common for them to keep gagging at night as it usually lessens when sleeping.

This is why gagging is considered a symptom of bronchitis, even if it is induced by coughing beforehand. Veterinary treatment is required to prevent further damage which may be irreversible. This treatment will be a combination of drugs and preventative measures for these coughing fits.

Because of its frequency, we have dedicated a whole section to another type of bronchitis. This is another reason why your dog may be gagging. You may not have heard of the scientific term tracheobronchitis, but you may have heard it by its common name ‘kennel cough’. This is because its contagiousness leads to its rapid spread between dogs, especially those housed in communal kennels or shelters.

This infection is transmitted through coughing and sneezing, but can also be spread via clothes or toys. With kennel cough, a dog will also likely present other symptoms such as producing white sputum as well as the cough. At the tail end of the cough, you will hear the gagging which can help distinguish it from other diseases. As with chronic bronchitis, it can result in coughing fits which end in gagging. Sometimes an expectoration in the form of white foam can be produced. If it is white, it is OK. If it is any other color, there may be cause for concern.

In milder cases, fever, loss of appetite and lethargy may occur. In more severe cases there may be nasal and ocular mucopurulent (mucus) discharge, sneezing, labored breathing and, potentially, pneumonia.

Most dogs, however, maintain their usual mood and appetite, present no favor and only really exhibit the cough with gagging. It does require veterinary treatment, but, as usual, prevention is best. If our dog is in contact with other canines, such as at the dog park or if they need to spend time in a kennel, it is important to have followed their vaccination schedule properly. In the event that any individual animal is ill, they need to be kept isolated.

This is perhaps the most urgent cause of gagging in dogs due to potential fatality. Early detection can save a dog's life. Gastric torsion/dilation of the stomach involves two processes which are as follows:

Although this condition can occur in any dog, larger breeds are more prone to developing it. Fast intake of food, drinking water too quickly, vigorous exercise before or after eating can all be the root cause. It can be a reason why the dog keeps gagging at night since movement in their sleep can exacerbate the problem.

Symptoms include nervousness, hypersalivation, nausea, abdominal bloat and gagging are all symptoms of gastric torsion. The dog will likely be in pain if we touch their belly and they will adopt abnormal postures. An x-ray can confirm whether or not it is distension or if torsion has occurred. In the latter case, surgery will be necessary.

Motion sickness is another reason why a dog may be gagging. This is a relatively common disorder and it occurs when we travel with our dog in a car or other vehicle. Along with gagging, we may also notice nervousness, restlessness, hypersalivation, nausea and even vomiting.

If you need to transport your dog regularly and they suffer from motion sickness, we should consult our vet for medication. This can be taken before the dog travels and should prevent motion sickness from occurring. In the meantime, if you need to take your dog in the car, don't let them eat or drink a while before the trip so they are less likely to gag or vomit. Motion sickness is more common in puppies and often disappears with age.

Other causes of gagging in dogs

Finally, we may also observe gagging in dogs for other reasons. If you see them eating some grass, it is common to see them gagging a little while later. Although it is not completely clear as to why dogs eat grass, it is believed that it acts as an irritant to the stomach if the dog wishes to expunge something. This may explain why your dog may gag or even vomit. If we see our dog eating grass too often, you should take them to the vet to see if they have some underlying condition.

On the other hand, ingesting herbs or dirt can cause our dog to become infested with nematode eggs. These are among the most common types of worm found in dogs. They look a little like spaghetti and can sometimes be seen in the vomit or feces of an infected dog. In the smallest puppies, larvae of these parasites can end up in the lungs and cause coughing, nausea and gagging. A vet will be able to prescribe the correct deworming schedule.

If your dog keeps gagging, it could be one of the common signs your dog is sick. Our video below shows you the other most frequent symptoms: 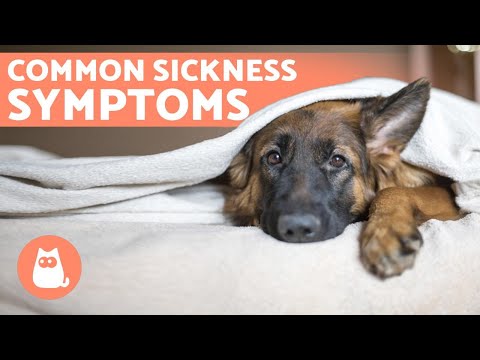 If you want to read similar articles to Why is My Dog Gagging All the Time?, we recommend you visit our Other health problems category.

Why is My Dog Gagging All the Time? 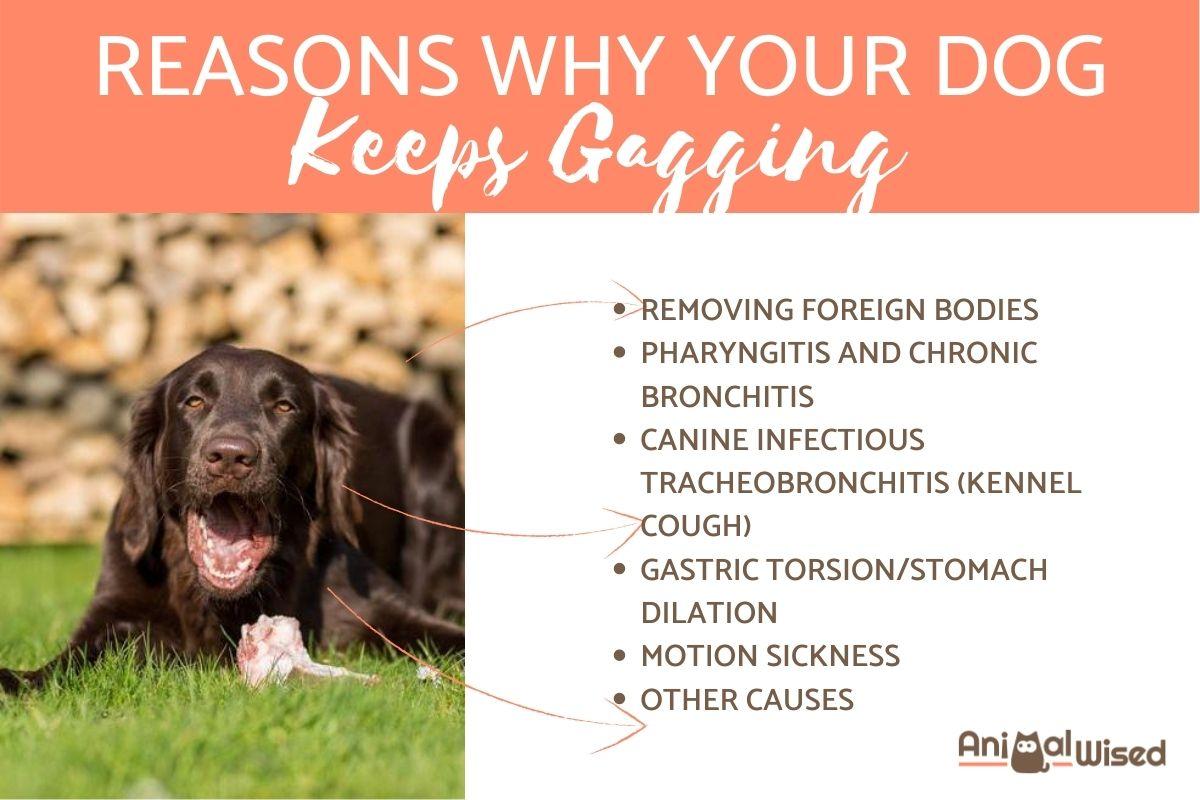 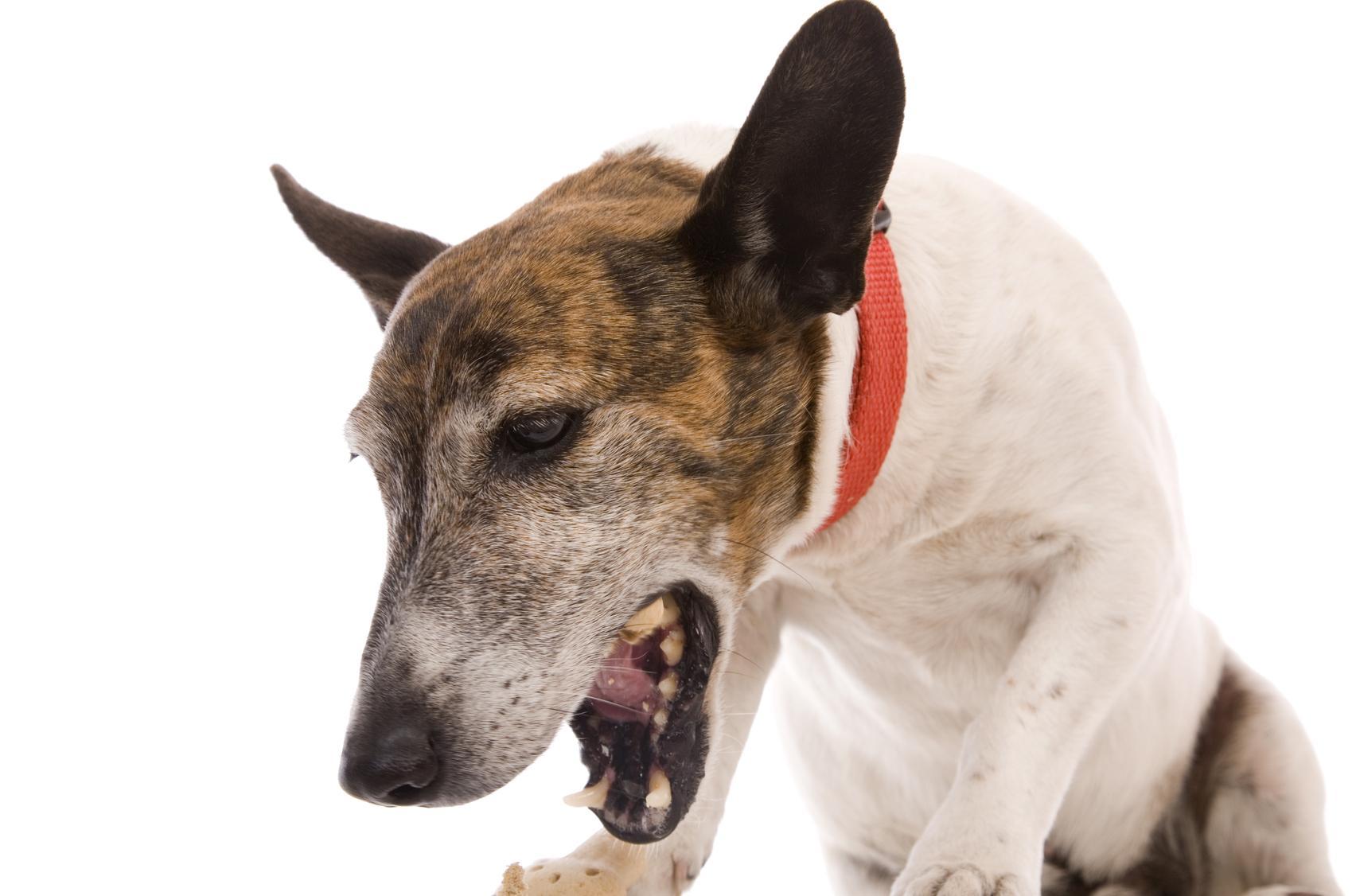 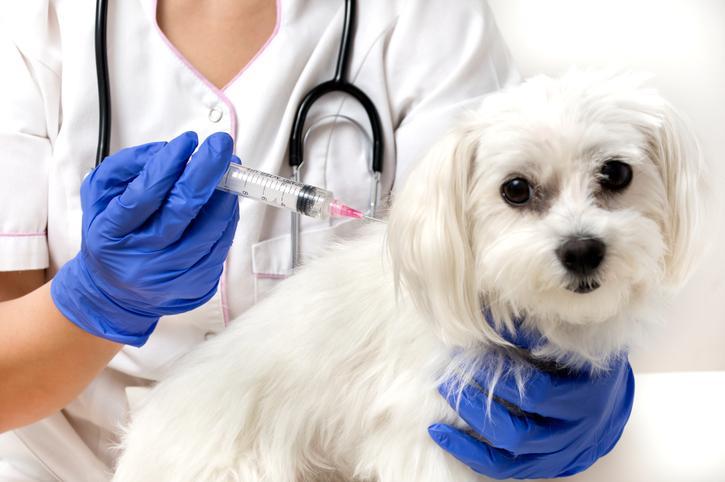 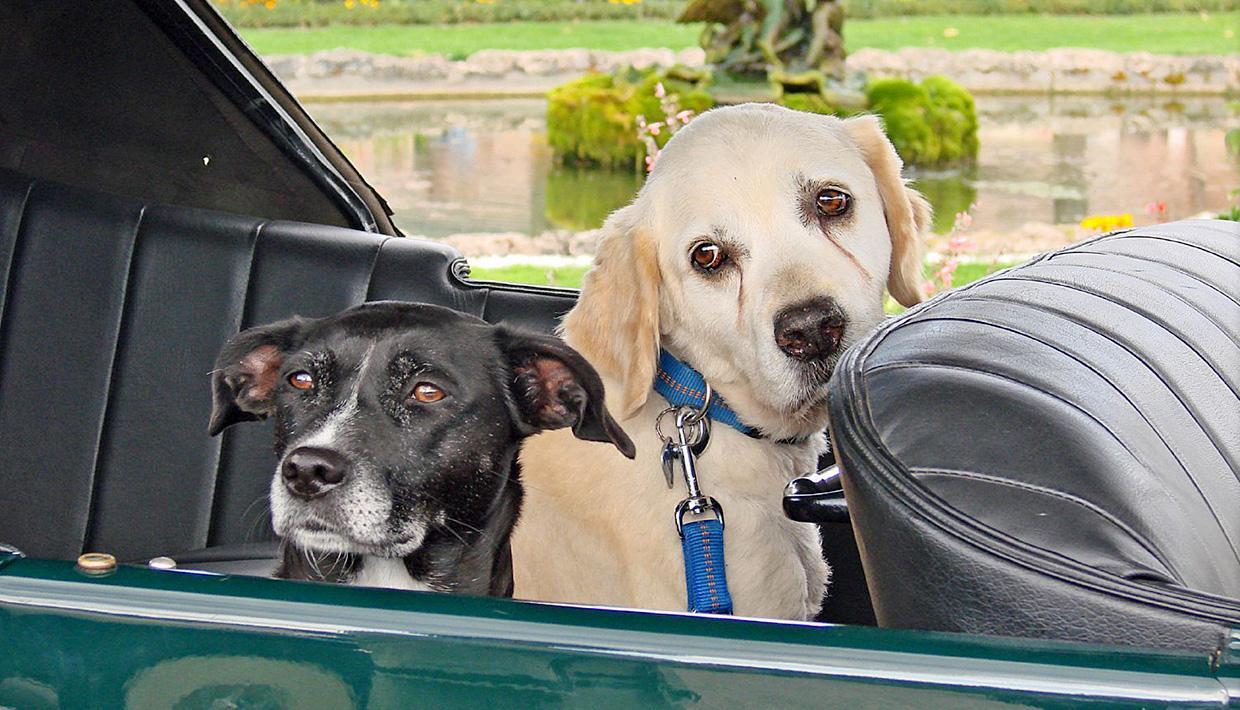 1 of 4
Why is My Dog Gagging All the Time?
Back to top