My Dog Is Not Eating But Is Drinking Water

Any physical symptoms or behavioral changes in our dogs which may indicate illness need to be understood in context of their situation. Various pathologies and health conditions can cause either a lack of appetite (anorexia) or an increased water consumption (polydipsia) in dogs. When the two clinical signs occur simultaneously, it can better help our veterinarian achieve and accurate diagnosis. Generally, these symptoms appear in combination with other clinical manifestations, the combination of which can also help diagnose the dog's issue.

At AnimalWised, we examine why my dog is not eating, but is drinking a lot of water. We look at the main pathological causes of this clinical picture in canines and the possible treatment options available.

You may also be interested in: My Cat Is Drinking a lot of Water
Contents

Chronic kidney disease (CKD) is the most common kidney disease in dogs,. Moreover, it is the third leading cause of death in geriatric dogs. This disease is characterized by the appearance of kidney damage that leads to progressive, permanent and irreversible loss of kidney function, also known as renal failure in dogs.

In addition to anorexia and polydipsia, CKD can present with a wide variety of other clinical signs. These include:

Unfortunately, there is no curative treatment of chronic kidney disease in dogs. Treatment of the disease is based on symptom management and nephroprotective interventions. Vasodilator drugs such as ACE inhibitors and a diet for dogs with kidney disease (low in protein, sodium and potassium, but rich in omega 3 fatty acids, soluble fiber and antioxidants) are normally used.

Addison's disease in dogs is an endocrine pathology characterized by a deficiency of hormones produced by the adrenal cortex. These hormones are mainly cortisol and aldosterone.

In dogs with Addison's disease, sometimes known as Addison's syndrome, it is common to find loss of appetite that evolves into complete anorexia. Although this means the dog will stop eating at all, they will still likely have an increased water consumption (polydipsia). In addition, it is common to observe other symptoms, such as:

Management of this disease requires lifelong treatment based on glucocorticoids (hydrocortisone or prednisone) and mineralocorticoids (fludrocortisone or desoxycorticosterone pivalate). It should be noted that, although there is no specific therapy against Addison's disease, the prognosis of these patients is excellent if the treatment described is followed.

Many of these symptoms are concurrent with various canine medical conditions, something you can learn more about in our article on why a dog has vomiting and diarrhea at the same time.

The first signs commonly observed in dogs with liver disease are non-specific symptoms. These include the dog eating less, but still drinking a lot. Others include depression, polyuria, vomiting, diarrhea, weight loss, etc.

The treatment of liver diseases in dogs varies depending on the specific underlying pathology. It can be addressed medically and/or surgically. In addition, hepatoprotectors and antioxidants, such as ursodeoxycholic acid, vitamin E or silymarin, are often administered.

Find out more with our guide to the most common liver diseases in dogs.

Hypercalcemia in dogs refers to increased calcium levels in their blood. It can occur in association with a wide variety of pathologies, including:

In addition to anorexia and polydipsia, hypocalcemia can produce signs such as:

Since there is no single and effective protocol for all causes of hypercalcemia, it is necessary to identify the underlying cause and establish a specific therapy, whenever possible. If there is no specific treatment, supportive therapy including fluid therapy, corticosteroids, diuretics and bisphosphonates should be instituted to increase urinary calcium excretion and prevent calcium reabsorption in the bones.

Hypercalcemia can also result in hardened plaques appearing on the skin. Our article on calcinosis cutis in dogs explains more.

Hypokalemia is a decrease in potassium levels in the blood. In dogs, it usually occurs as a result of:

Dogs with hypokalemia often have loss of appetite and increased water consumption. In addition, it is common to observe:

Treatment of hypokalemia should focus on:

Another issue that can mean female dogs are not eating, but still drinking a lot of water, is pyometra. This is the most frequent uterine pathology in bitches that have reached sexual maturity. Specifically, pyometra in dogs consists of a purulent infection of the uterus that occurs when progesterone levels are high, something that occurs in the weeks following their heat cycle.

In addition to the symptoms already mentioned, dogs with pyometra usually present:

There two different types of pyometra in dogs, open and closed. Vaginal discharge in dogs can be seen when the cervix remains open, but not when it is closed. The latter is particularly dangerous due to internal accumulation of discharge.

In severe cases or in the absence of veterinary treatment, serious complications such as septicemia, toxemia, peritonitis and kidney failure can occur. These can have fatal consequences. As soon as the infection is diagnosed, it is essential to establish a treatment, which will be medical or surgical depending on the severity of the process.

We need to be observant of any abnormal change in our dog's health or behavior. With pyometra, one early sign may be that the dog keeps licking their private area. 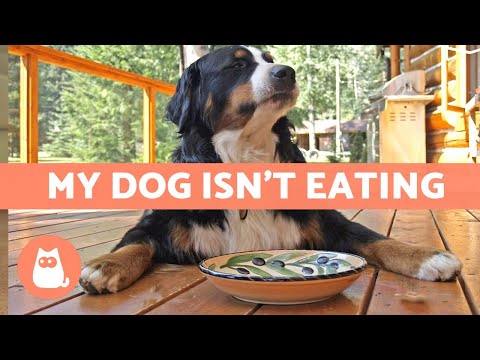 If you want to read similar articles to My Dog Is Not Eating But Is Drinking Water, we recommend you visit our Other health problems category.

My Rabbit Is Breathing But Not Moving
My Old Dog Is Drinking Lots of Water
My Cat is Not Eating and Throwing Up
Hamster Not Eating Or Drinking - Causes
Related categories
Viral diseasesHereditary diseasesPreventionCardiovascular diseasesBreathing diseasesEye problems
Most read
1.
My Dog Keeps Licking Her Private Area - All Possible Reasons
2.
My Dog Is Bleeding from His Penis
3.
What to Do if My Dog has Something Stuck in his Throat?
4.
My Dog's Poop Starts Solid Then Goes Soft
5.
My Cat Has Liquid Coming From Their Anus
6.
Why Is My Cat Vomiting White Foam?
7.
Why Does My Cat Push Out His Penis and Lick It?
8.
My Dog Has Pus Coming From His Penis
My Puppy Is Throwing Up and Not Eating
My Dog Won’t Eat Or Drink - Causes
My Kitten is Not Growing
My Puppy Is Not Growing Anymore
My Pet Rat Is Not Moving
My Dog's Mouth is Dry
Why Are My Fish Not Eating?
Why is My Dog's Belly Hard

My Dog Is Not Eating But Is Drinking Water 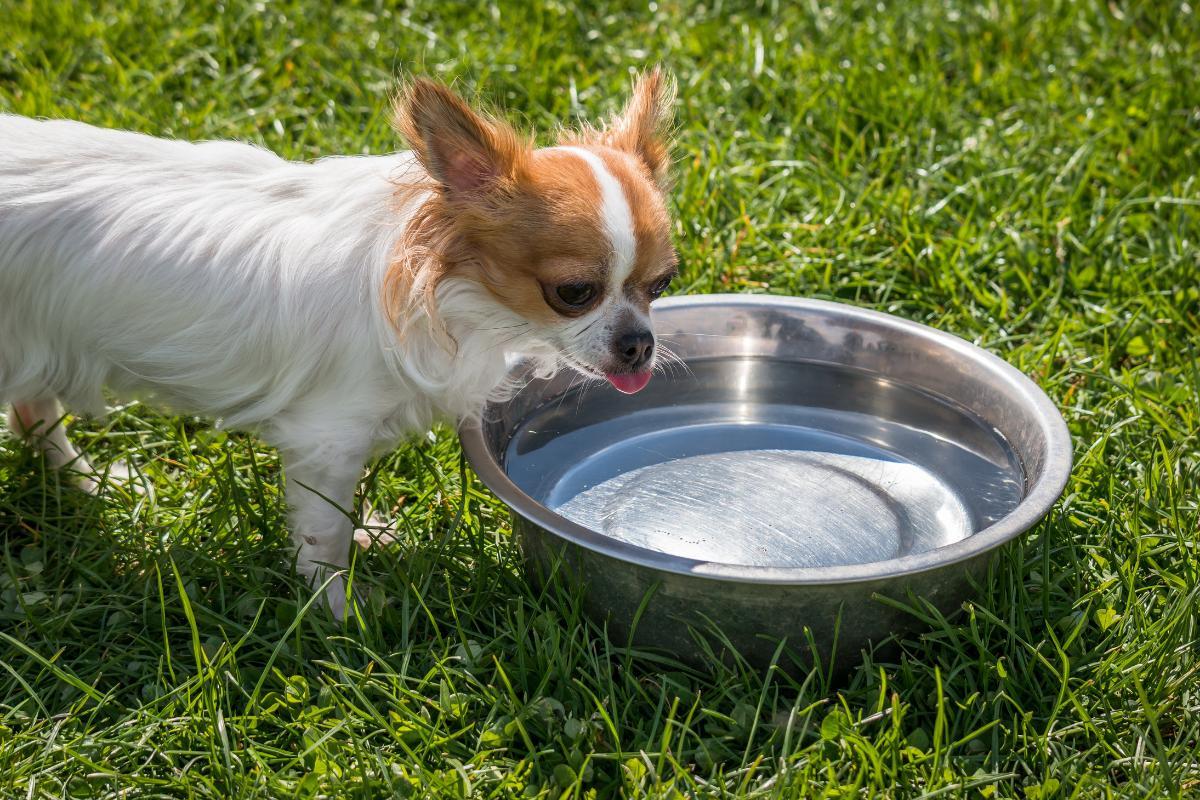 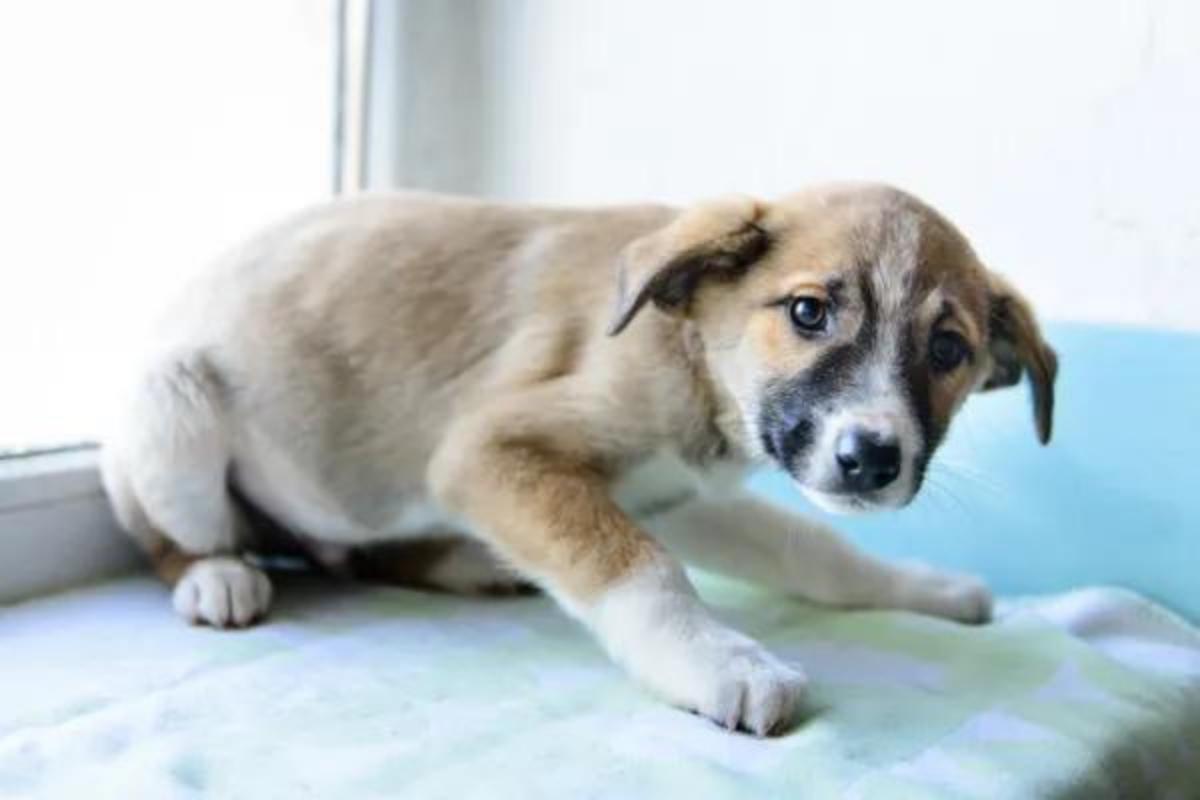