Native Animals of the Thar Desert

The Thar Desert, the pride of Rajasthan, is also called an ocean of sand. The Thar or Great Indian Desert has an unmatched variety of fauna; while its climatic and geographical conditions are harsh, various desert animals and plants have adapted to live in them with ease.

There are currently 11 national parks in the Thar Desert, the largest of which are the Rann of Kutch and the Nara Desert Wildlife Sanctuaries. The Rann of Kutch is the only protected area and natural habitat for the Indian Wild Ass, an endangered species of India.

Some of the native species of the Thar Desert include the desert scorpion, the red fox, the mongoose, the chinkara, the falcon, the blackbuck, the Indian Bustard and the wild cat; of course, when it comes to desert animals, the camel - the ship of the desert - cannot be far behind either. Do you want to learn more? Stay with us at AnimalWised and discover the native animals of the Thar Desert.

You may also be interested in: Native Animals of Idaho
Contents

Located in the northwestern region of the Indian subcontinent, between Pakistan and India, the Thar desert has minimal vegetation yet it is home to more than 60 species of mammals, 350 species of birds, 35 species of reptiles, 142 fish species and hundreds of insects along with 5 amphibian species. In other words, the Thar Desert is home to many native animals. This stunning diversity includes dangerous animals, such as sand boas (Erycinae) and cobras (Elapidae).

The Thar Desert can be divided into three main geographic regions depending on their landscape: sand, plains and hills. There are also lakes and salt marshes. With less than 10 inches of rainfall in 2016, the temperature in this arid region varies from freezing cold in winter to over 100º F (38º C) in summer.

It was also home to some of the oldest civilizations in the world, such as the Indus Valley Civilisation of Harappa and Mohenjo-daro from the Bronze Age. Nowadays, the Thar Desert is the most populated desert in the world, with crop cultivation, farming, and construction on the rise. Its 11 national parks, covering 44,000 square kilometers, are the only source of protection for the native animals of the Thar Desert.

Also known scientifically as Saara hardwickii, this small lizard is a spiny-tailed creature found crouching in the Thar Desert. The Indian or Hardwicke's spiny-tailed lizard is listed as a vulnerable species, as it is hunted for meat and as folk medicine.

The desert snakes of the Thar

The Thar Desert is also home to 25 native species of snakes. These include the saw-scaled viper (Echis carinatus) and the rat snakes, including the dhaman or Indian rat snake (Ptyas mucosa). Desert snakes hide easily in the sand and hunt insects and lizards.

Here you can learn more about the difference between a colubrid and a snake, and all the basic requirements to keep snakes as pets.

These large, majestic birds with massive wingspan feed on partridges, doves, spurfowl, and snakes. Other wild birds of prey found in the desert include the Indian vulture (Gyps indicus), the Shaheen falcon (Falco peregrinus peregrinator), and the white-eyed buzzard (Butastur teesa).

The Thar Desert is a haven for 141 species of migratory and residential birds, including the national bird of India, the peacock.

The blackbuck, scientifically known as Antilope cervicapra is found mainly in India, where it is protected by wildlife laws. It is one of the most famous antelopes native to the Thar Desert, but it is a near threatened species.

The blackbuck stands to around 2 feet (85 cm), and males have beautiful twisted, ringed horns up to 75 cm (30 in) long. Dark brown in color, blackbucks have a white circle around their eyes and black stripes on their faces. They live in herds ranging from five to fifty individuals.

The Indian gazelle, also known as chinkara, is scientifically called Gazella bennettii. Over 2 feet (65 cm) tall and a weight of around 50 pounds, the chinkara has a buff-colored coat with dark stripes from the muzzle to the corner of its eye. Their horns can reach more than one feet in length.

Chinkaras can go without water for long periods of time, getting their hydration from dew and the plants they eat, as they are ruminant herbivorous animals. Chinkaras avoid areas where humans reside, so the Thar Desert is a good habitat for them.

Caracal, Asian steppe wildcat, Indian desert cat and Asiatic wildcat are all the same animal, known scientifically as Felis silvestris ornata. It inhabits scrub areas, including the Rajasthan, so it is a native animal of the Thar Desert.

The Asiatic wildcat is a small feline, weighing around 7 pounds. It is carnivorous, as it preys on rodents, rabbits and lizards. Its coat can have different colors, from red to gray, and it may have small black spots or stripes.

The Indian desert cat avoids those areas associated with human habitation. This wildcat subspecies occurs from eastern Caspian north to Kazakhstan into west India, western China and southern parts of Mongolia, which explains the different variations of its name. Here you can learn more about the types of wild cats around the world.

The white-footed or desert fox (Vulpes vulpes pusilla) is a small subspecies of the red fox native to the Thar Desert, as it is found in the desert regions of Pakistan, Kutch in India and Baluchistan as well as southern Iran and Iraq. It resembles the Bengal fox and the fennec fox, but they are not actually related.

The white-footed fox is hunts sand grouse, partridges, and shrike. It is around 18 in (45 cm) long, with a tail that's longer than 10 in (25 cm) with a white tip. Their coat is sandy or rusty red with light gray or white patches, while most of the tail and the tips of the ears are black.

The Indian or Baluchi wild ass (Equus hemionus khur) is slightly larger than the donkey, as it weighs around 650 pounds and grows to more than 6'6'' (2 m) tall. You can easily recognize the Indian wild ass because of its beautiful sandy coat, which ranges from reddish gray to pale yellow during the winter months and its dark stripe extending down its back.

This odd-toed ungulate is considered near threatened by IUCN. Here you can discover the differences between a donkey, a mule and an ass.

The genus Camelus includes three different species: the Bactrian or two-humped camel (C. bactrianus), the wild Bactrian camel (C. ferus) and the dromedary (C. dromedarius), recognizable because it has only one hump.

Dromedaries are native to the Thar Desert, as they are well adapted to living in arid regions. It is about 5.9 ft (1.8 m) tall and weighs about 900 pounds. They have a single hump quite high on their backs, and they also have a long tail. Their neck is long and curved, and their mouth is quite large. The dromedaries of the Thar Desert are usually black or brown in color.

The dromedary can be found in Northwestern India, especially in the Kaziranga and National Park. Camels from the Thar are classified as endangered by the IUCN.

Here you can learn all about the differences between camels and dromedaries.

These are some of the native animals of the Thar Desert. Have you ever been there? What animals did you see? Tell us all about it in the comments section!

If you want to read similar articles to Native Animals of the Thar Desert, we recommend you visit our Facts about the animal kingdom category.

Fossorial Animals: What Animals Live Underground?
What is a Dung Beetle? Main Traits and Fun Facts
The 10 Most Dangerous Animals in India
What is a Griffon Vulture? Main Traits and Fun Facts
Related categories
Endangered animals
Most read
1.
What Animal am I According to my Zodiac Sign?
2.
10 Most Beautiful Animals in the World
3.
What Does It Mean When a Cat Shows Up at My Door
4.
The 10 Most Solitary Animals in the World
5.
Animals With Scales - Full List
6.
Why do Dogs Get Stuck when Mating?
7.
My Female Dog In Heat Won’t Accept A Male - Causes
8.
How Many Types of Lions Are There?
Are Komodo Dragons Venomous?
Native Animals of the Himalayas
Native Animals of Utah: Wildlife and Habitat
A Complete List Of Desert Animals
Native Animals of the Sierra Nevada
Native Animals of the Serengeti: Wildlife and Habitat
What is the State Animal of...? Animal Emblems of India
What is the State Animal Of...

4 comments
Rating:
Rebecca
21/09/2022
Info and pictures on Zirds, please?
Rating:
Daksh sehrawat
12/07/2021
sooooooo helpfullll for me thankyou
Rating:
R.l
18/03/2021
These animals are sooooo cool
Rating:
Prakash choudhary
27/10/2018
Very good article about native thar animals. I am a resident of thar desert but sadly i must tell you truth that some of the animals are very critically endangered.
Of the above mentioned 10 animals, great Indian busturd & eagle are highly endangered. busturd is also the state bird of Rajasthan but unfortunately 99.99 percent of Rajasthani people doesn't seen him, I am of 18 and I have also not seen busturd in my life.anyhow this year government laid a plan to save busturd but I think this governmental plan will also take long time to comes in action like other plans. In my opinion Rajasthan government should take special measures for this project so that during this lagging period busturd do not become extinct . I also want to contribute in this project so that bird population can reach a safer number from just 100 birds worldwide.
Other animals like black buck and chinkara also require protection.
If anybody wants help in this regard or want to take me in projects to save wildlife animals, then I am ready by heart and will take that decisions as one of the fortunate chance of my life.

Thank you for the informatice comment, we always love hearing from people who are passionate about conservation. Have you tried contacting your local wildlife authorities to see if you can get involved with their efforts?
Native Animals of the Thar Desert 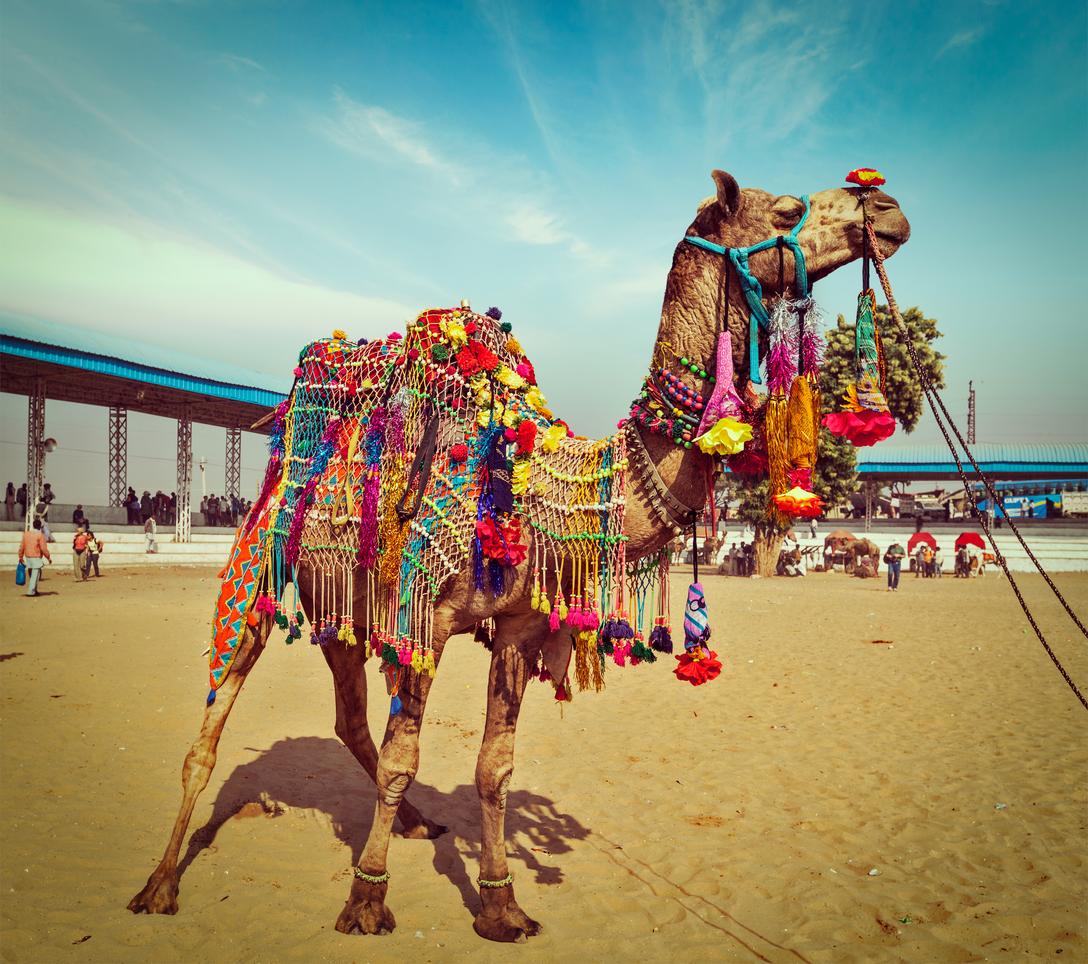 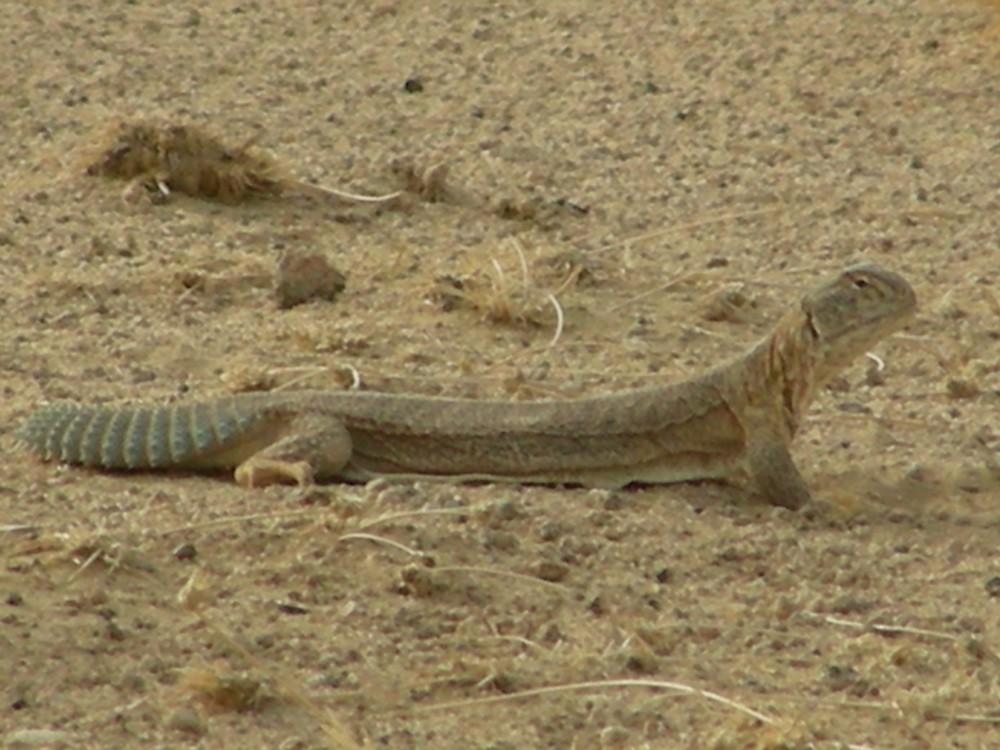 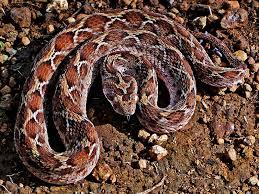 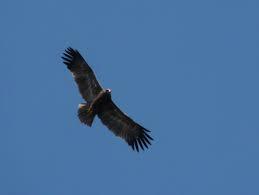 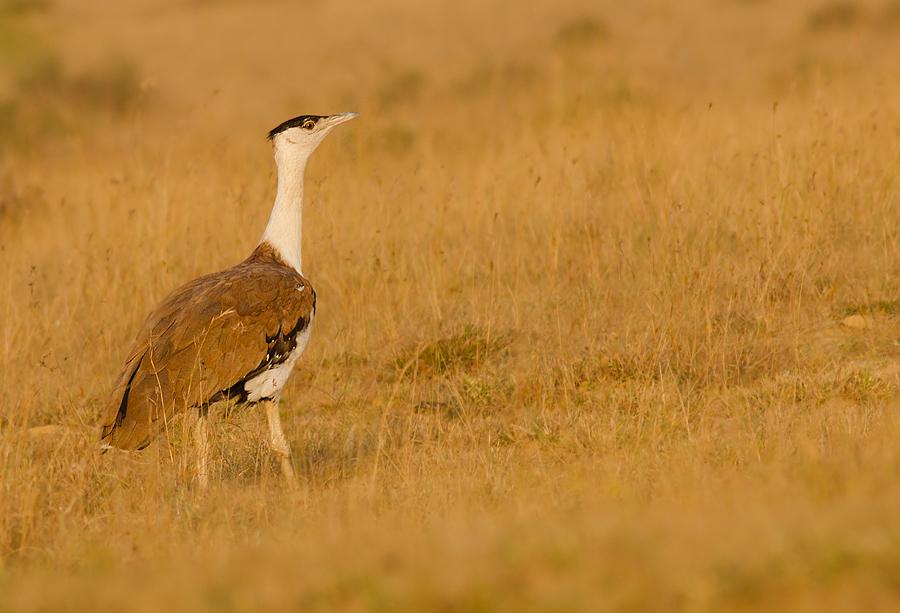 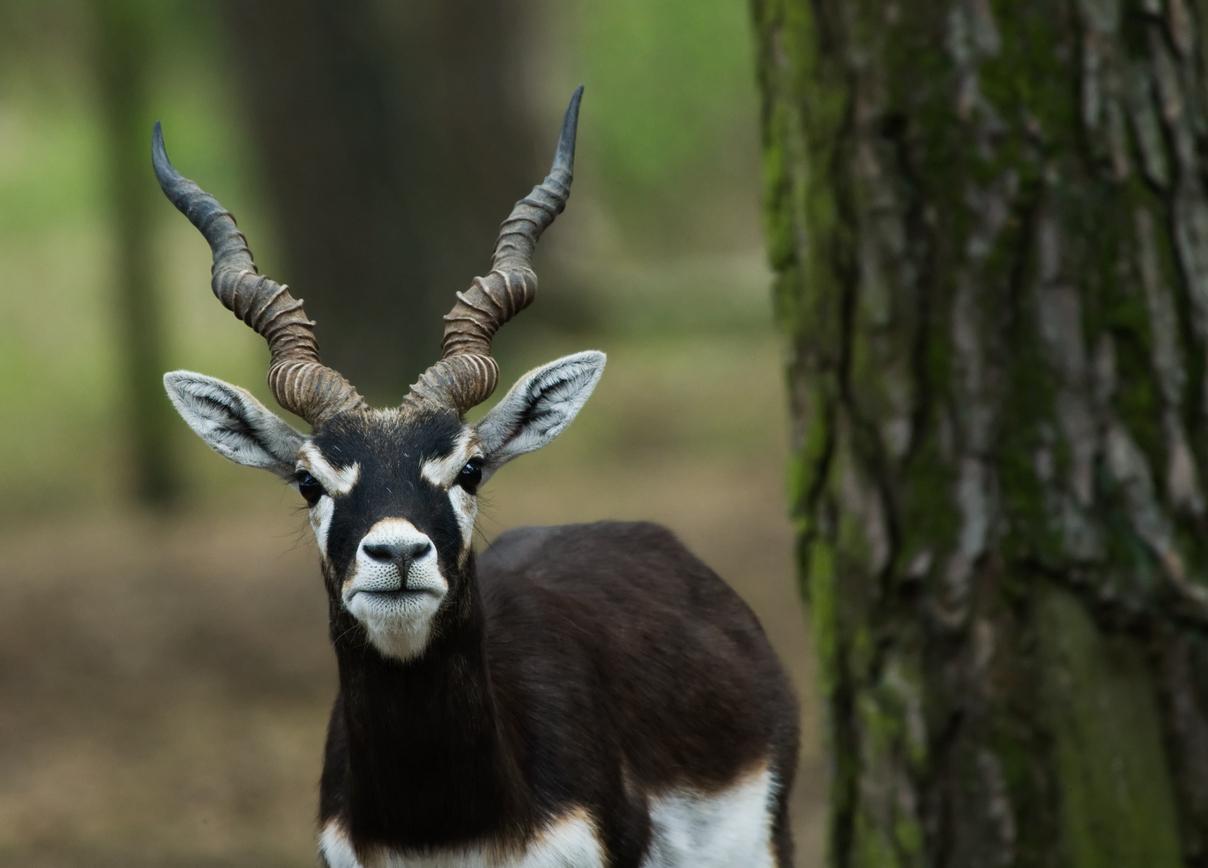 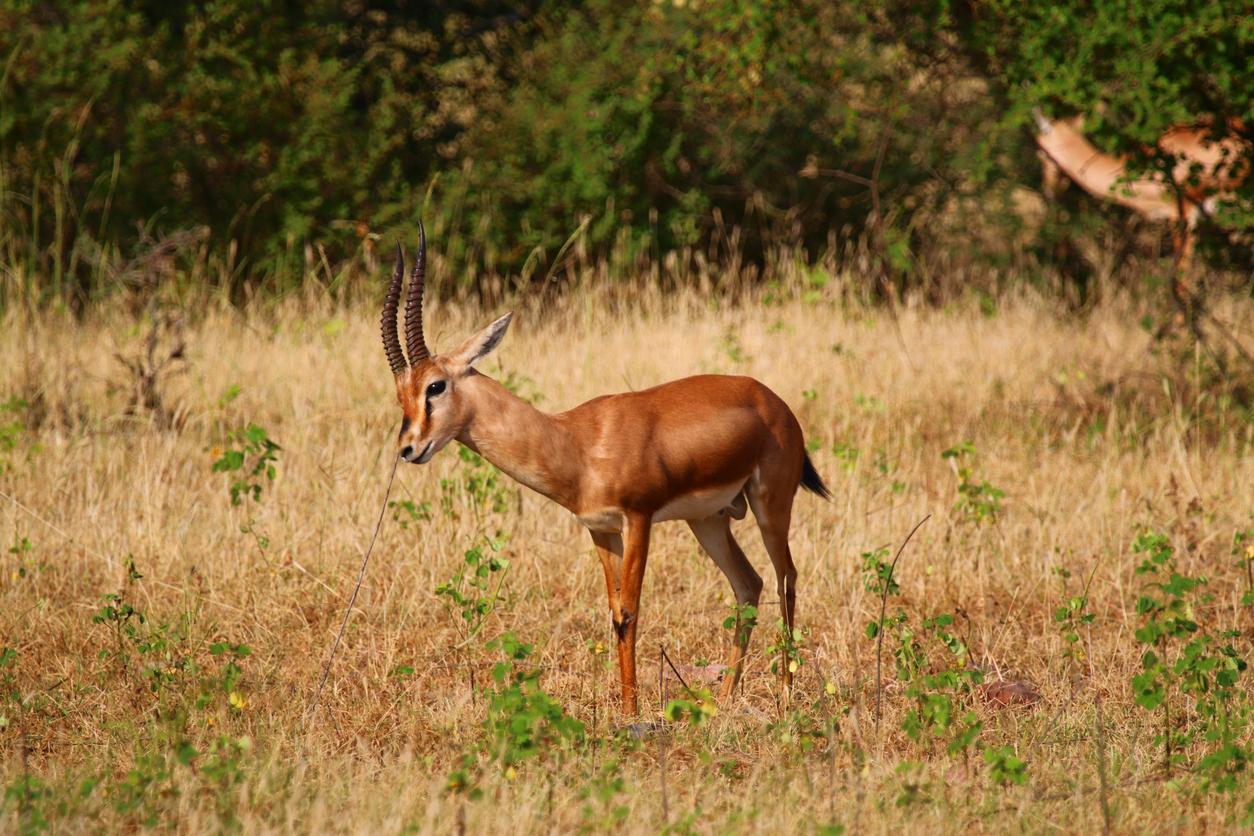 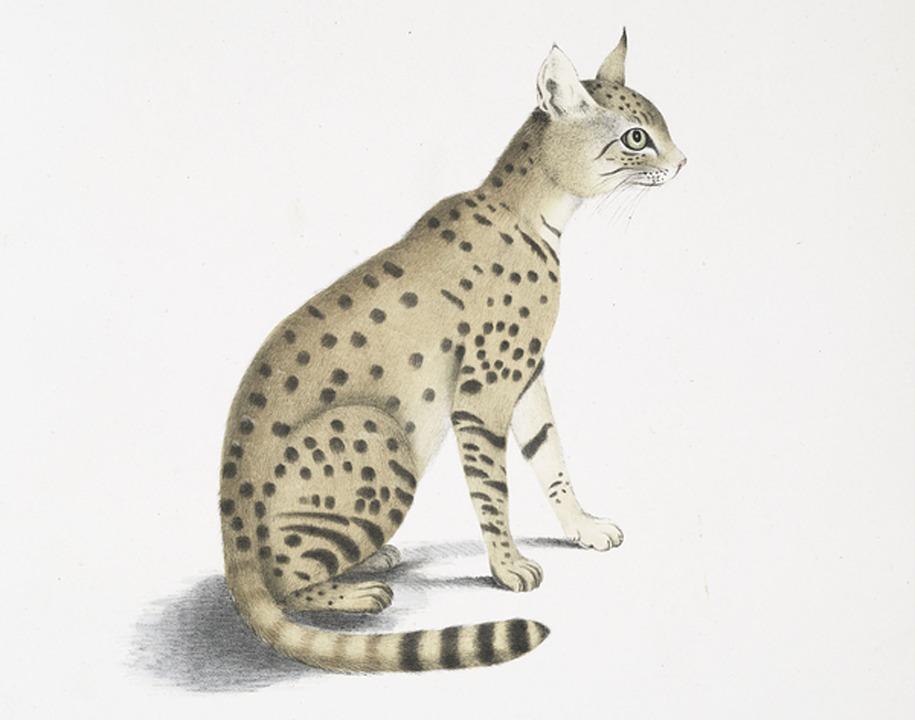 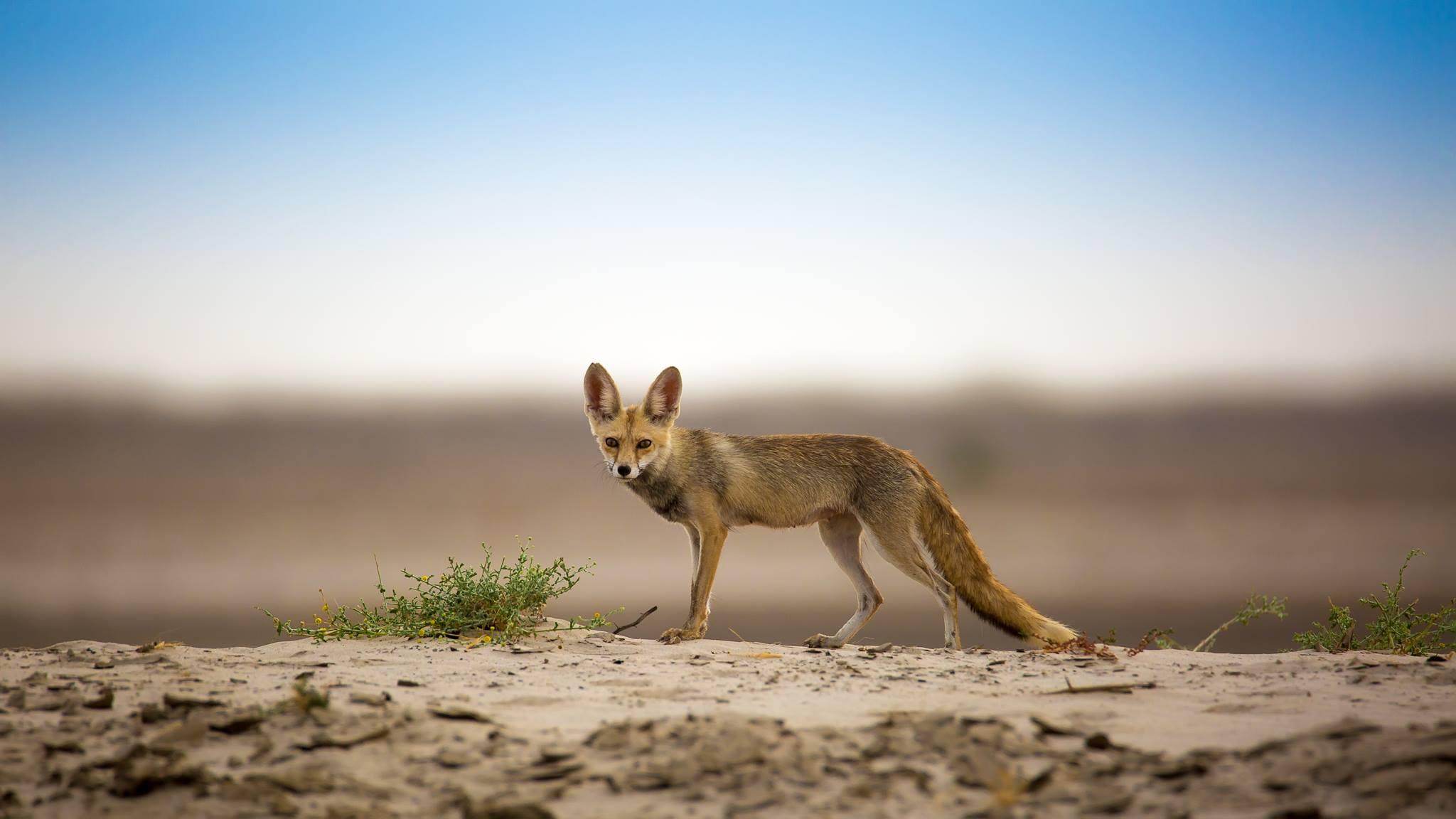 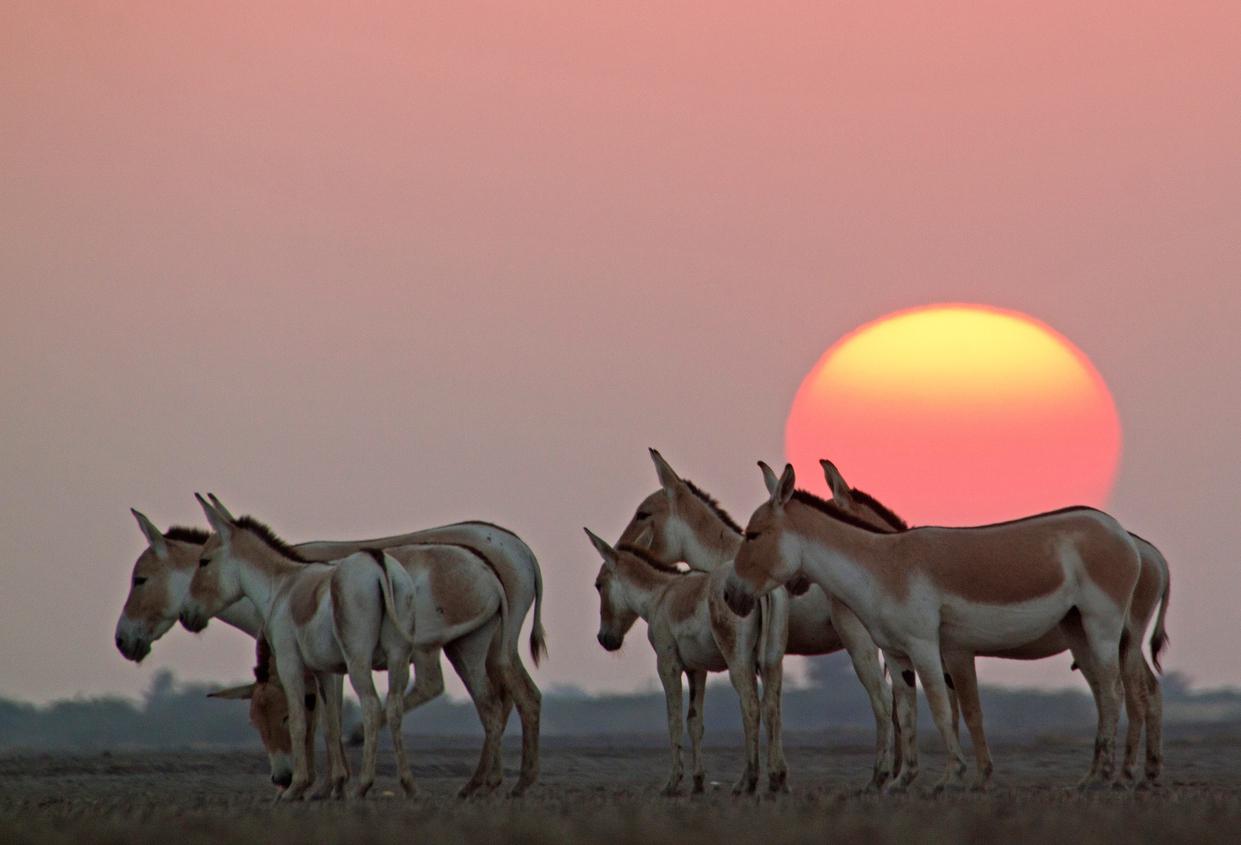 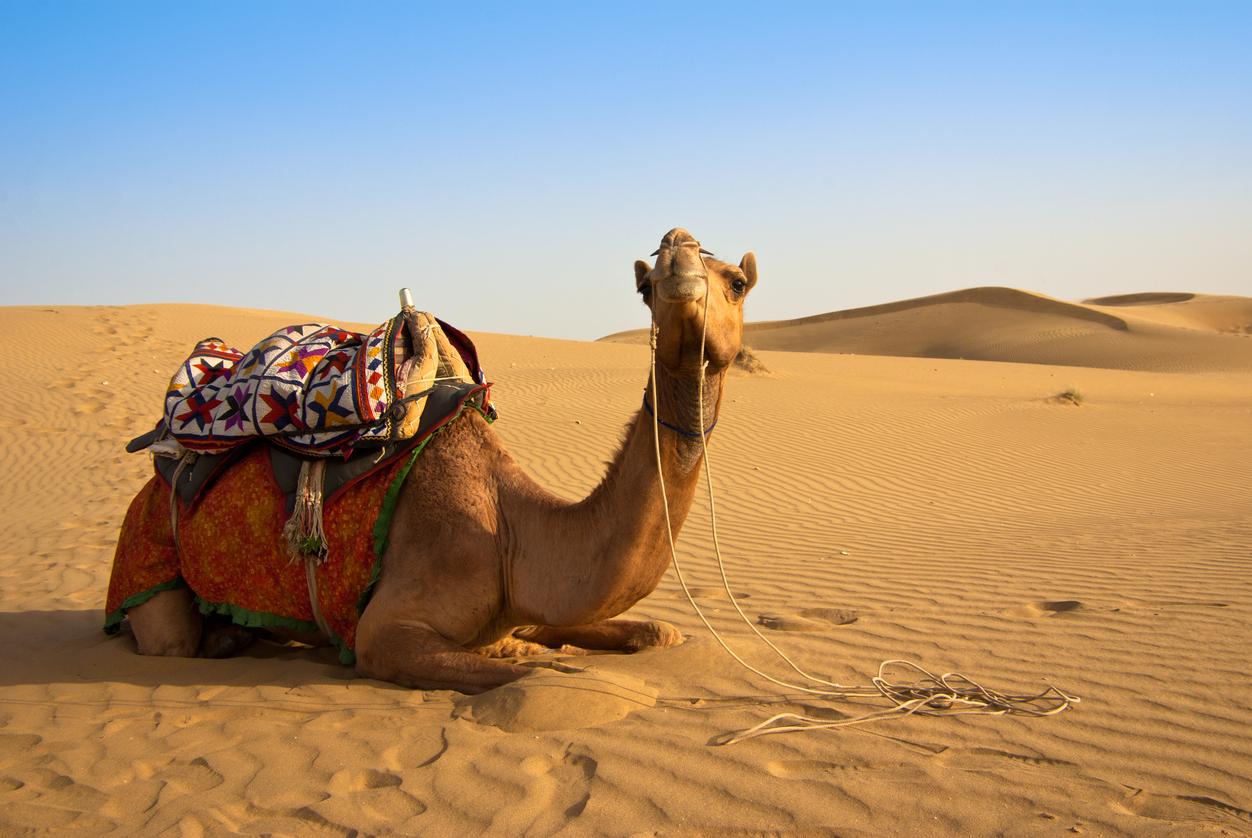