Types of Wild Cats Around the World

Wild cats exist in every continent except for Antarctica. Some of them like the European wildcat, are well-known and easily recognizable; others, however, are not so familiar.

In this AnimalWised article we will go over the types of wild cats around the world, discussing the smaller Felidae - that is, felids - that look quite similar to domestic cats. You will see amazing pictures of wild cats, get to know their diet, and discover which ones are endangered and which can be tamed.

You may also be interested in: Types of Tigers Around the World: Tiger Subspecies
Contents

As usual, South America is well-known for its rich wildlife, which is present throughout the continent. These are the two most common wild cats in South America:

Geoffroy's cat (Leopardus geoffroyi) is one of the most widely distributed felids in South America. There are five subspecies, which can be found from Western Bolivia and Southern Brazil to the Patagonian wilderness at the lower tip of the continent. These cats live in scrublands and woodlands, as they like to have places to hide.

Geoffroy's cat is like a beautiful leopard in miniature form. Their size is similar to that of a large domestic cat, and they have the special ability to stand on their hind legs like prairie dogs. Luckily, this wild cat is not a threatened species.

The Pampas cat (Leopardus pajeros) lives on the Pacific side of South America, from Colombia to southern Chile and the Argentinean Pampa. Their possible habitats are quite wide, and include grasslands, shrublands and steppes.

It is the size of a large domestic cat, but bigger and full-bodied. You can recognize Pampas cats because they have two stripes on each cheek. Cases of melanism are common in this species; this means they can be completely black. This species is not endangered, but it is near threatened.

The jaguarandi or eyra cat (Puma yagouaroundi) is a smaller South American wild cat. It is found in Northwestern South America, Central America and as north as Texas in the United States. They live in lowlands close to water sources.

The coats of jaguarandis are of a single solid color, usually grayish or red, although they may have markings on their face. Their tail is long, sometimes more than half their body length. This species is not threatened.

Asia is known for being home to very well-known big cats like the tiger (Panthera tigris) or the snow leopard (Panthera uncia). However, in Asia there are also smaller felidae, including the following wild cats.

Asiatic wildcats differ from domestic cats in that they are more robust, have a bigger head and have a shorter, thicker tail. They usually have a brindle coat with a brown or grey background and their belly is usually russet, while the tip of their tail is always black. It is not considered a threatened species, but the population is declining.

They look similar to European wildcats, but their hair is denser and sand-colored, while the belly is off-white. Although they are protected by the Chinese government, they are in a vulnerable condition. This is because they hunt pikas - a kind of rodent - that are systematically poisoned to prevent them from becoming pests, accidentally getting poisoned themselves.

Other interesting Asian wild cats include:

The bobcat (Lynx rufus) is the best-known wild cat of North America. There are 13 different subspecies of bobcat that inhabit different areas of the continent, from Canada to Mexico. Bobcats prefer woodlands, but they can also be found in mountains, deserts and even swamps.

It is smaller than other lynx species, but it doubles the size of a domestic cat. Bobcats look quite similar overall to the rest of lynxes, but besides being smaller it has shorter hair and its back is much redder. Its belly has dense white hair with black specks. It is not a vulnerable or threatened species.

In some areas of Texas and other areas of southwestern United States, we also find the ocelot, a beautiful wild cat with a similar coat to leopards that is also found in other countries of South America.

Just like Asia, Africa is known for its bigger wild cats like the leopard (Panthera pardus) and the lion (Panthera leo). However, it is home to very interesting smaller wild cats.

The African wildcat (Felis silvestris lybica), also known as Near Eastern wildcat, is smaller than the rest of wildcat subspecies. They have a shorter coat than other wildcats, and they are sandy and gray to beige in color. African wildcats can be found in diverse habitats, from savannas tp forests, steppes and pre-desert areas. They inhabit the entire continent, from South Africa to the Arabian Peninsula.

Experts have concluded that this subspecies of wildcat was domesticated by the inhabitants of the Middle and Near East thousands of years ago; African wildcats are the ancestors of domestic cats. It is not a threatened animal.

The black-footed or small-spotted cat (Felis nigripes) is the smallest of all African wild cats. It inhabits Southern Africa, living in dry areas like savannas and semi deserts. Unlike most other felidae, black-footed cats do not climb trees.

As the name indicates, the pads of their feet are black. They have golden or light brown fr with black or brown markings, and their tail has a black tip. The black-footed cat is a vulnerable species.

Other African wild cats include:

The European wildcat (Felis silvestris silvestris) is larger than the largest of domestic cats. Its coat is longer and they have a thicker, short tail which is rounded at the tip. They can be found in the Iberian Peninsula, the Balkans, central Europe and the Italian peninsula.

They prefer to live in deep forests, although they also live in coniferous forests, scrubland and moors. They are under pressure in certain areas due to constant human expansion.

Other interesting European wild cats include:

Australian wild cats are simply feral domestic cats. Over the decades, the descendants of these cats have spread throughout Australia. They still have the characteristic features of domestic cats, but have developed to a much bigger size.

The only truly Australian "cat" is called spotted-tailed dasyure or tiger quoll (Dasyurus maculatus), but it has nothing to do with felines; it is actually a marsupial. At the moment their conservation is not threatened, but there is concern about it.

If you want to read similar articles to Types of Wild Cats Around the World, we recommend you visit our Facts about the animal kingdom category.

Types of Wild Cats Around the World 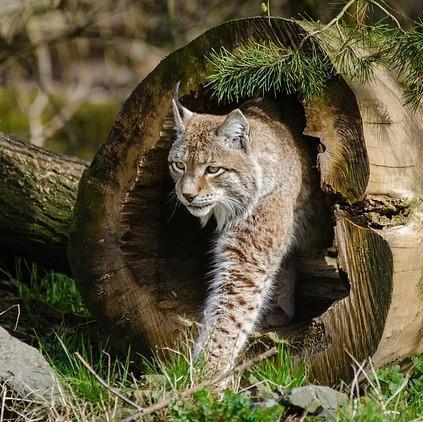 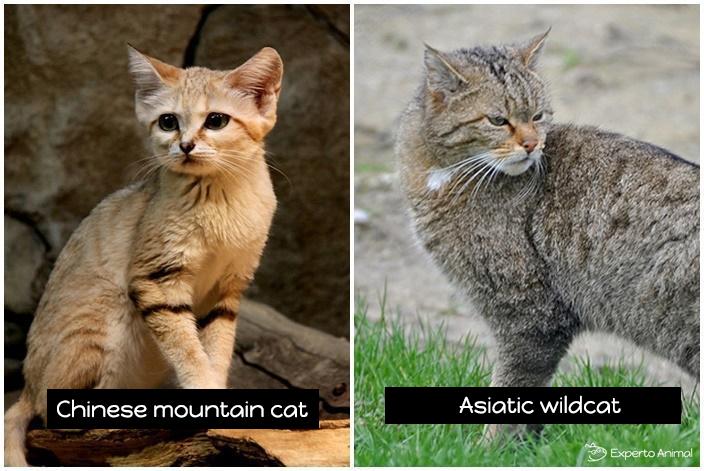 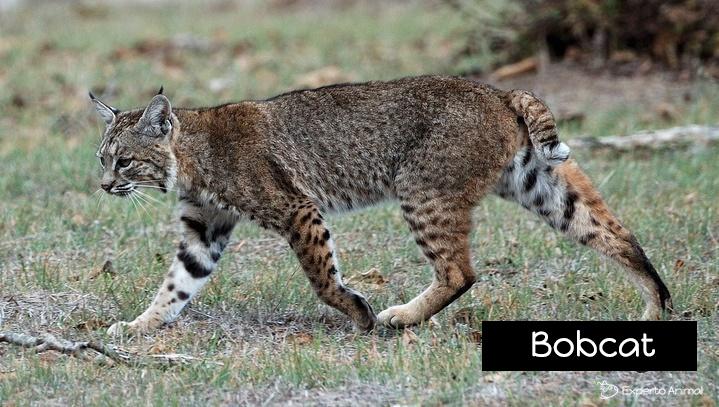 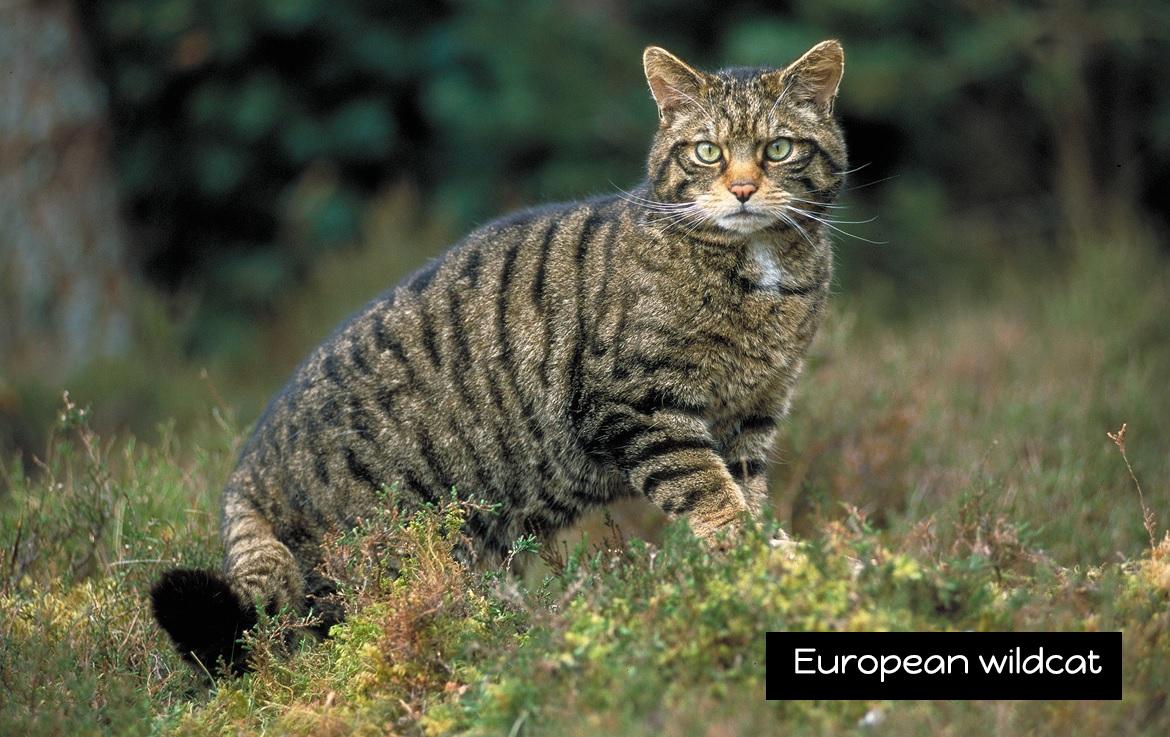 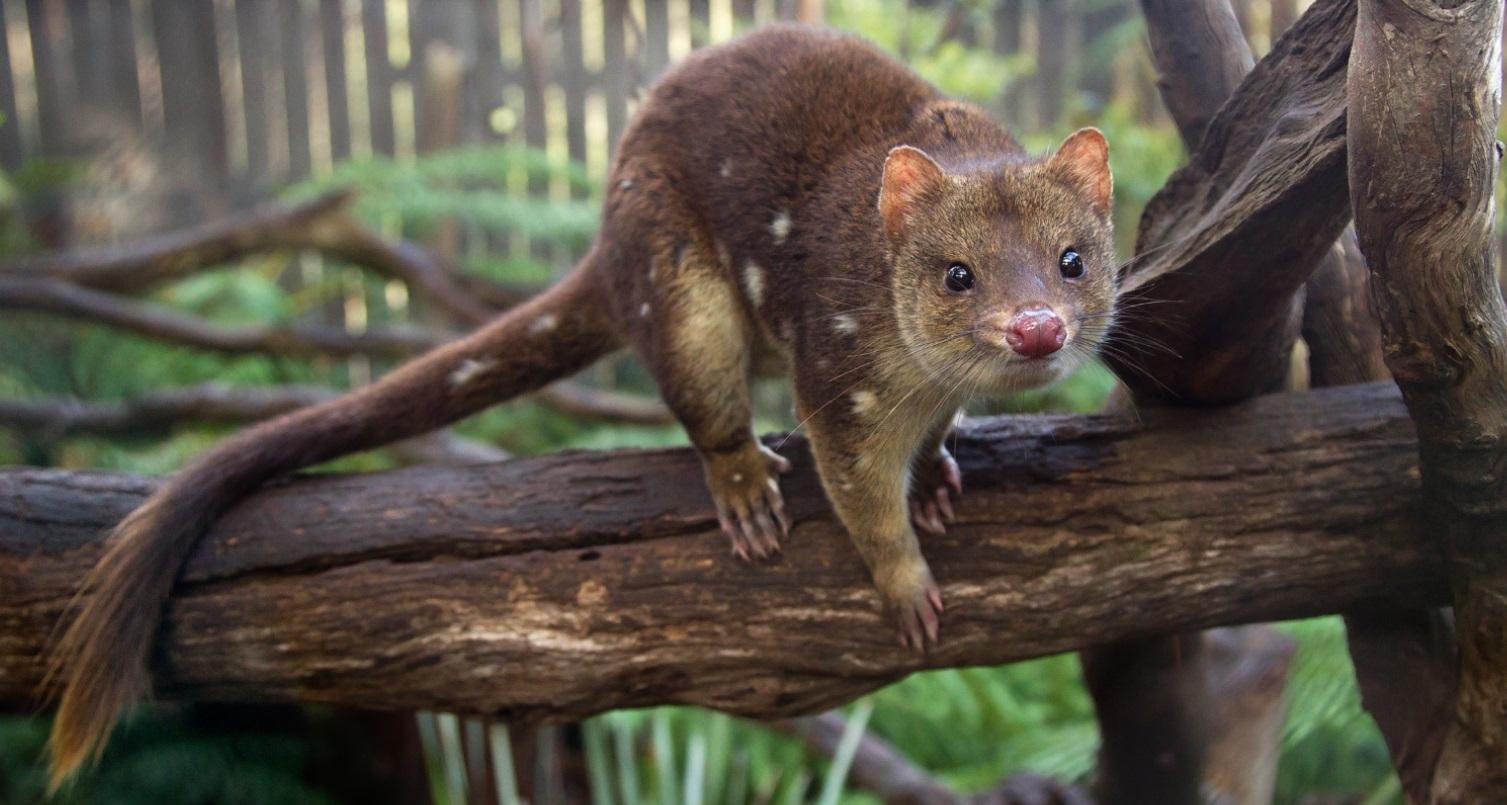