There are an estimated two million species of animals in the world. Some, like dogs or cats, can be seen almost daily in our cities and we know endless facts about them, but there are less common animals that are full of curious facts.

This is the case of ovoviviparous animals, which have a certainly strange reproductive method and many have some unusual and curious characteristics.

If you are interested in animals and want to discover the wonders of this type of animal,on AnimalWised we'd like to give some examples of ovoviviparous animals and teach you some fun facts about them.

You may also be interested in: Viviparous Animals
Contents

What does ovoviviparous mean?

Oviparous animals, such as birds and many reptiles, are reproduced through eggs that the females deposit in the environment (in a process known as "laying"), and after a period of incubation, these eggs hatch from them and start a new life.

In viviparous animals, which comprise the majority of mammals, such as dogs or humans, the embryos develop inside the mother's womb, in a structure called the uterus, entering the world after childbirth.

On the other hand, ovoviviparous animals[1] develop in eggs that are inside the body of their mothers, but these eggs either hatch inside the mother's organism, where the baby comes out directly, or they hatch on the outside but immediately after being laid or very soon after.

Surely you have heard the following question: What was first, the egg or the hen? Well, if the hen were an egg-sparing animal, the answer would be very simple: both at the same time. Below we will see some examples of very curious ovoviviparous animals.

The seahorse (Hippocampus), also known as hippocampus, is an example of a rather curious ovoviviparous animal, as they are born from eggs that are incubated inside their father.

During fertilization, the female seahorse transfers the eggs to the male, which houses them in a bag where, after a period of development, the eggs open and release the offspring.

But this is not the only curious fact that these animals hide, but also, unlike what many people think, they are not crustaceans, like prawns or lobsters, but fish. In addition, they have an amazing ability to camouflage, and can change color to be confused with their surroundings.

The platypus (Ornithorhynchus anatinus), which lives in Australia and adjacent areas, is one of the strangest animals in existence.

Despite being a mammal, it has a duck-like beak and webbed feet, to adapt to aquatic life. In fact, it is said that the first Westerners who saw it thought it was a joke, and that someone had tried to trick them by sticking a beak on a beaver or another similar animal.

In addition, the platypus has a poisonous spur on its ankles, making it one of the few venomous mammals that exist.

However, despite being cited in numerous treaties as an ovoviviparous animal, the platypus lays eggs and does not hatch immediately after laying, although they do so in a relatively short time (less than two weeks), during which time the mother incubates these eggs in a nest. When the babies leave the egg, they feed on the milk produced by the mother.

The asp viper (Vipera aspis), also known simply as "asp", is, like many snakes, an example of an ovoviviparous animal.

This reptile is distributed throughout much of Mediterranean Europe, including certain areas of Spain, and although it is not aggressive with humans or very easy to come across, it is highly poisonous.

When we hear her name, the story of Cleopatra inevitably comes to mind, whom is said to have committed suicide by being bitten by an asp viper that had been hidden in a basket of figs.

In any case, Cleopatra died in Egypt, where it is not easy to find this reptile, so it probably referred to an Egyptian cobra, also known as Cleopatra's asp, whose scientific name is Naja heje.

However, most historians falsely assume that her death was due to the bite of a snake of any species, claiming that Cleopatra was more likely to have committed suicide using some kind of poison, although the story of the snake has more charm.

The slowworm (Anguis fragilis) is, of course, a truly amazing animal.

In addition to being ovoviviparous, which is why we are interested in it in this article, it is actually a lizard without legs, which is what makes it look like a snake and, unlike most reptiles, does not always seek the sun, but prefers humid and dark areas.

Contrary to what happens with the platypus and asp, the slowworm is not poisonous, despite there being relatively widespread belief in certain rural areas that says so. In fact, it is totally harmless, and worms are an important part of your diet.

Some people also say that slowworms are blind, but this is not true either.

There are many ovoviviparous sharks, such as the white shark (Carcharodon carcharias), famous and feared worldwide after the film "Jaws" directed by Steven Spilberg.

Despite being a predator capable of easily devouring a person, the white shark prefers to feed on other animals, such as seals, and human deaths caused by this fish are lower than those caused by other animals that seem more harmless to simple sight, like hippos.

If you want to read similar articles to Ovoviparous Animals, we recommend you visit our Facts about the animal kingdom category.

References
Bibliography
Do Animals Think? - Animal Intelligence
Frugivorous Animals - Animals That Eat Fruit
Fossorial Animals: What Animals Live Underground?
Omnivorous Animals
Related categories
Endangered animals
Most read
1.
What Animal am I According to my Zodiac Sign?
2.
10 Most Beautiful Animals in the World
3.
What Does It Mean When a Cat Shows Up at My Door
4.
The 10 Most Solitary Animals in the World
5.
Animals With Scales - Full List
6.
Why do Dogs Get Stuck when Mating?
7.
My Female Dog In Heat Won’t Accept A Male - Causes
8.
How Many Types of Lions Are There?
Animals with Trunks - List of Trunked Animals
Can Animals Laugh?
Marine Prehistoric Animals
How Long is A Fish Pregnant?- Pregnancy in Fish
What is the State Animal of...? Animal Emblems of India
New
How Do Animals Breathe?
Homeothermic and Poikilothermic Animals
Animals That Play Dead 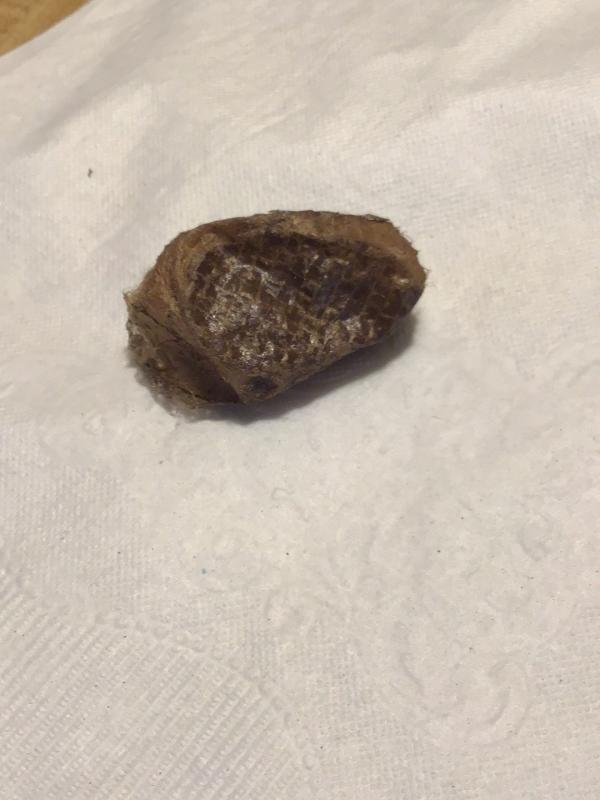 Is this a snake egg sac from an ovoviviparous snake?

We have an article on our sister site which might help: 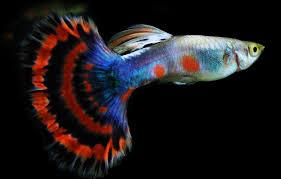 guppy is a ovoviparous right?

You are indeed correct! The vast majority of fish are ovoviparous and the guppy is not one of the exceptions.
Laura
24/04/2018
Thanks. I really liked your page of biological information. I am really educated. God bless you

We're so glad we could help, come back fro more any time!
Ovoviparous Animals 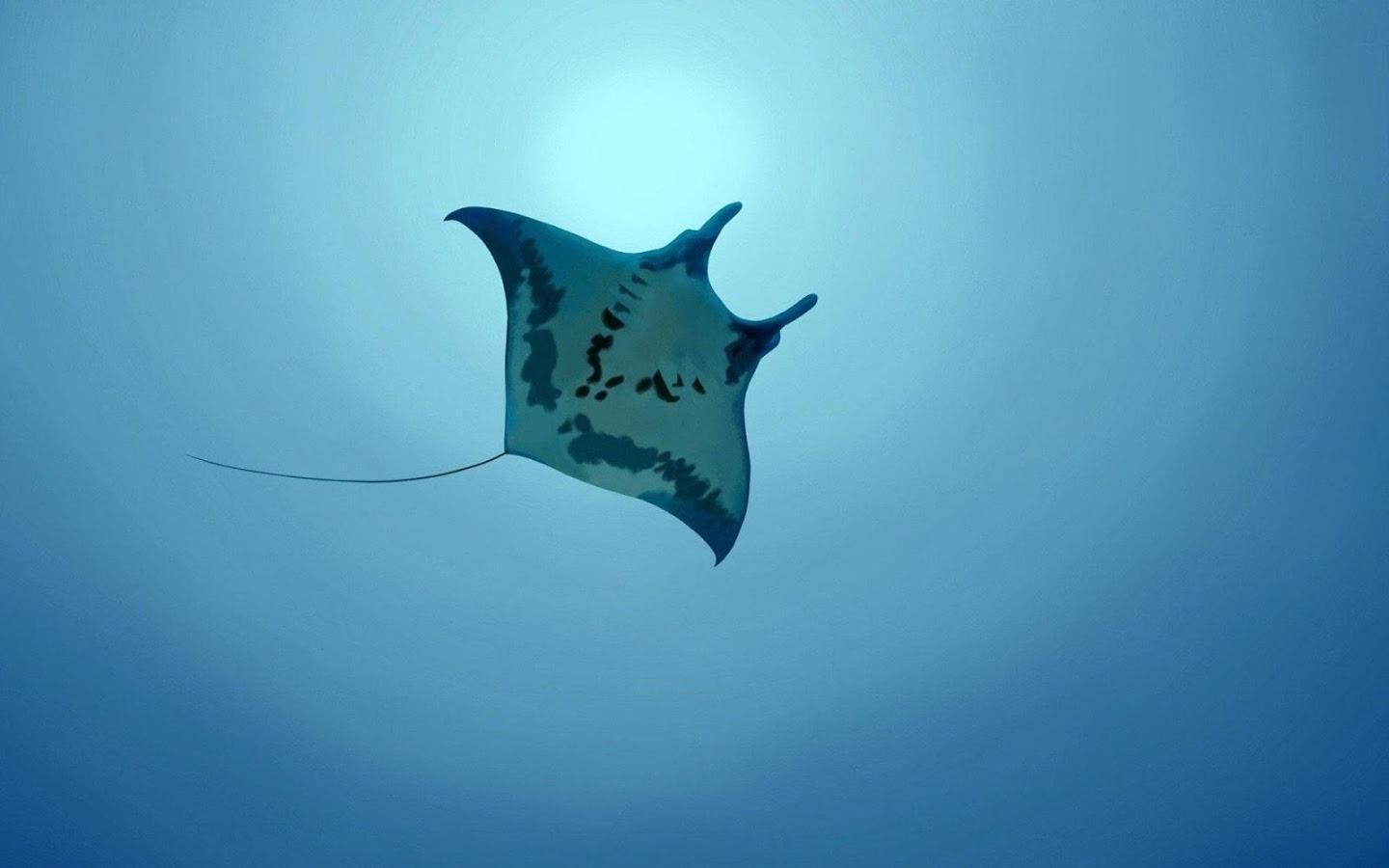 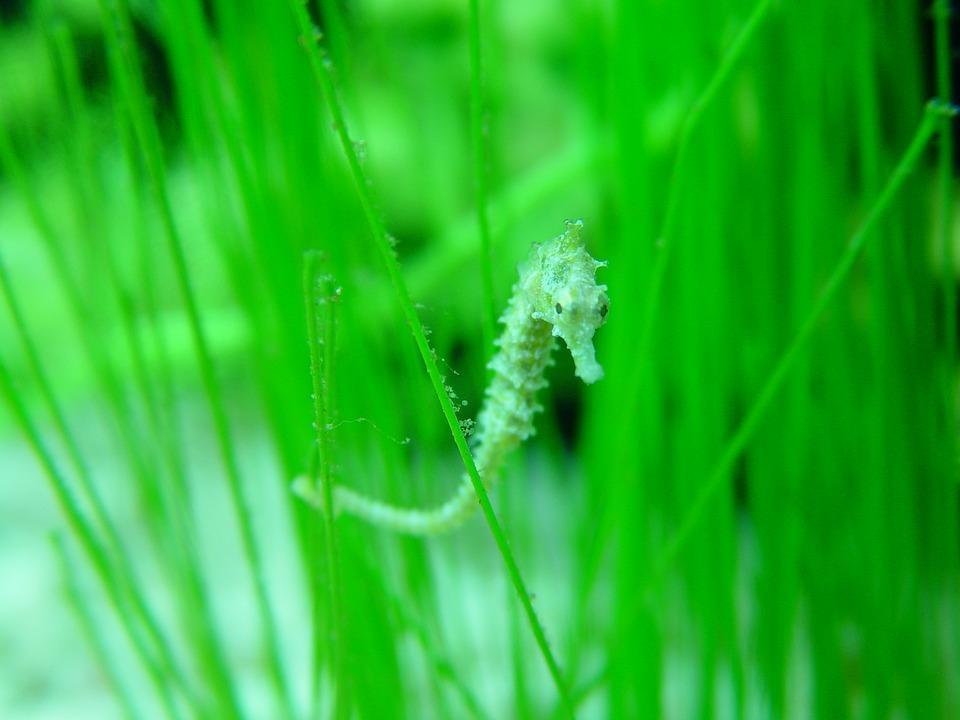 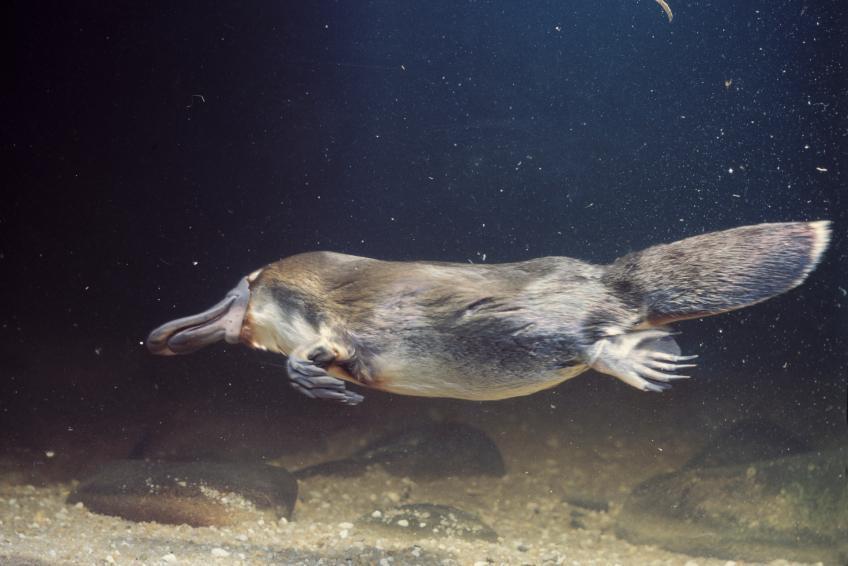 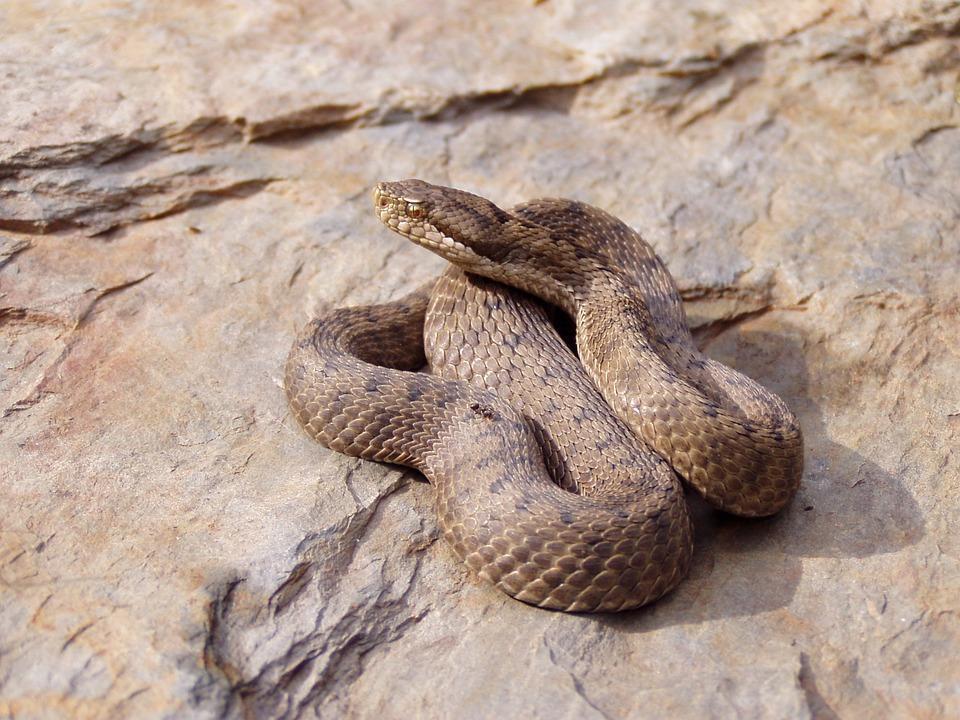 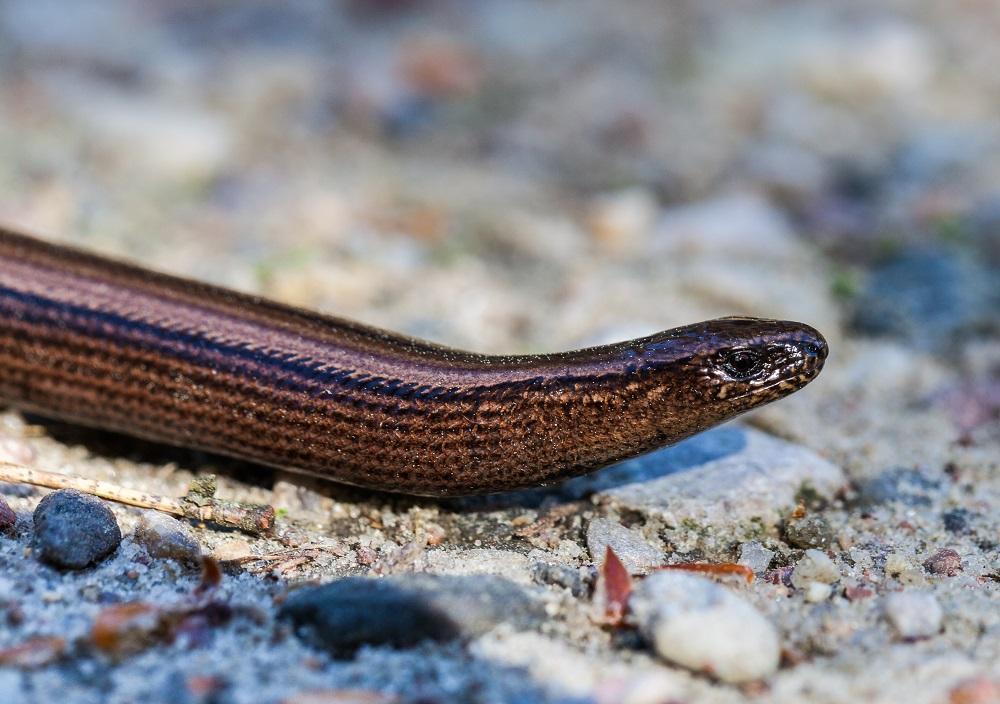 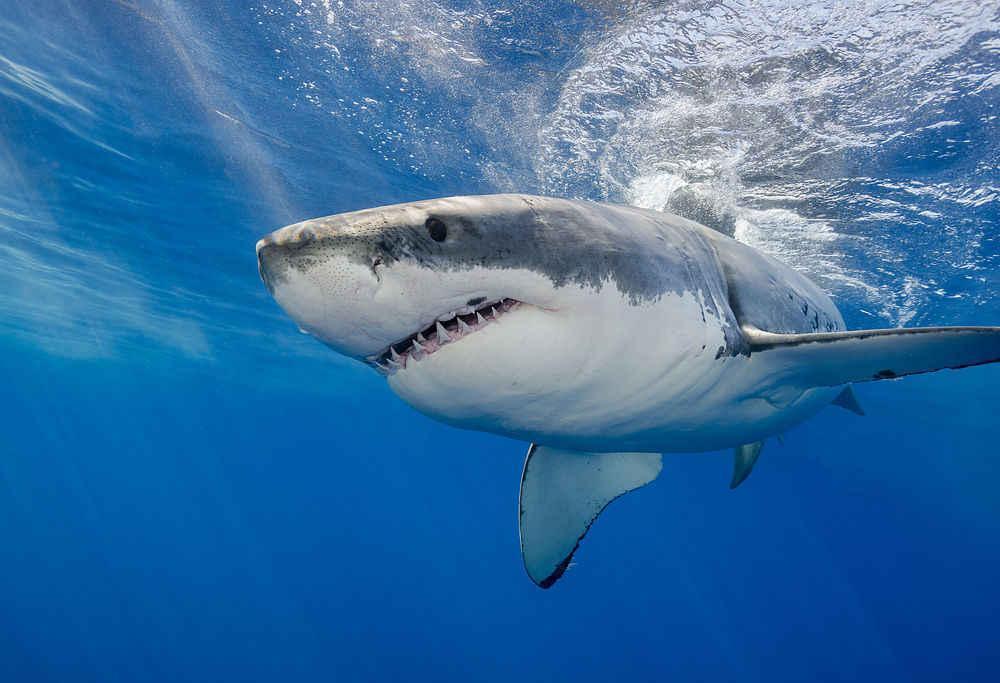 1 of 6
Ovoviparous Animals
Back to top