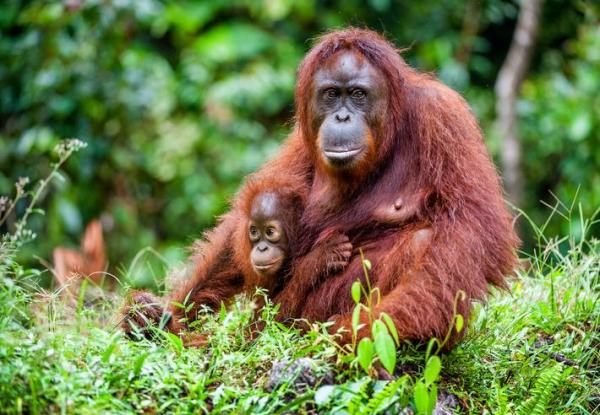 Human beings have spent centuries studying animal behavior. Ethology, which defines this specific scientific discipline, aims among other things, to distinguish whether animals think or not. Humans generally assume that the main difference between animals and humans is the level of intelligence, but is this true?

Here at AnimalWised we want to discuss and analyze some concepts and studies aimed at assessing the sensory and cognitive abilities of animals. By analyzing the commonly asked question,‘‘Do animals think?’’ We discover as much as we can in regards to animal intelligence.

You may also be interested in: The 5 Most Intelligent Animals in the World
Contents

The first thing we have to look at when analyzing whether or not animals think, is to look at the definition of thinking. ‘Thinking’ is defined as the ability to form or combine ideas or judgments in the mind. According to any dictionary, to think or thinking can hold several different meanings, among the most important being the ability to mentally examine something and form a judgement, intention or opinion.

The term ‘thinking’ can also be defined as a mind’s capability to learn, understand, reason, make decisions and form ideas based on reality. Additionally, determining which animal species can be considered ‘‘intelligent,’’ has been a subject of constant study.

Considering the given definition, practically all animals could be considered intelligent.Animals are able to learn and, in other words, adapt to their environment.

On the other hand, additional definitions include the ability to use instruments, create culture, obtain the ability to transmit teachings from parents to children, or simply appreciate beauty in all of its forms. In addition, the ability to communicate through language, even if only using signs and symbols, is considered a sign of intelligence. Therefore, in conclusion, the definition of intelligence will depend largely on where the researcher places it.

The topic of animal intelligence is controversial, and involves scientific, philosophical and religious beliefs. By calling ourselves homos apiens, for example, we immediately differentiate ourselves from the animal species. Thereby legitimizing our exploitation of the rest of the animals kingdom, by regarding them as being somewhat inferior.

Therefore, one cannot lose sight of the ethics behind the investigation of this question. It is also important that we take into consideration the term of the scientific discipline, ethology, which is defined as the comparative study of animal behavior, not humans and animals.

On the other hand, studies always carry somewhat of an anthropocentric bias when posed by humans. One can gather that it is somewhat impossible for us, as humans, to interpret our results from any other perspective than the ‘human perspective.’ Animal intelligence, however, should be based off of a different set of factors, such as smell and hearing, rather than critical human thinking. It would also be necessary to assess observations within the natural environment compared to those artificially created in laboratories.

New data based on animal ethics is never ending, and for good reason. For example, in light of new findings, the Great Ape Project, an animal right’s organization, have argued that hominidae should have basic human rights. This project argues that and demands for, ‘‘the abolition of the species barrier between human beings and great apes.[1]’’

Do animals think or act out of impulse?

In order to answer this question accurately, one would need to distinguish exactly what is meant by the term ‘instinct’. Instinct alludes to innate behaviors which are not learned but are rather transmitted through genes, often as a response to specific stimuli. All animals of the same species will respond in the same way to a specific stimulus based off of instinct. It is also incredibly important to remember that instinct is not only a thing of animals, but we as humans are also defined by our own innate fixed patterns, often referred to by some as, ‘‘animal instincts in humans.’’

According to several ethological studies, animal intelligence is divided by a type of hierarchy. In general, mammals exceeded in intelligence to reptiles, amphibians or fish. Among these mammals primates, elephants and dolphins stood out as being more intelligent. Octopus is also considered as an incredibly intelligent animal, constituting an exception to the maxim.

Within these such animal studies, the need to analyze whether animals have the ability to reason is at the forefront. Reasoning can be defined as the establishment of a relationship between different ideas or concepts in order to draw conclusions or form judgment. And yes, in this case, animals do reason. Many animal species are able to use various elements in order to solve a problem which has been presented to them. Additionally, the concept of trial and error is often practiced within the animal world.

For a more in depth example of this, we recommend reading our article where we discuss the most fascinating animal senses in the world.

According to all of the data we have just analyzed, we can conclude that yes, animals do have the ability to think. But what about feelings and emotion? And do animals have the same emotions as humans?

First, we need to look at a commonly asked question, ‘‘Do animals feel pain?’’ Animals with a nervous system can feel pain in a similar way to pain experienced by humans. But what about emotionally? Can animals experience psychological suffering? Stress, for example, which can be objectively measured according to the hormones that are secreted, seems to give an affirmative answer. Animals, like humans, are able to suffer from stress, anxiety, sadness and pain. Additionally, animals as able to suffer from depression, hence the social and ethical push and need for humans to reflect on their treatment of animals.

For more, we recommend reading our following articles where we analyze specific animal feelings:

How do animals think without language?

Well, the answer to this question is simple. Animals do have language, their own language. If anything, animals do think with language, but this is done with a language that we as humans don’t understand. Animals communicate largely with sounds, images and physical expression.

For more about how animals speak and communicate, read interspecies communication: can animals communicate with others?

Some examples of animal cognition include:

For more, you may also be interested in reading:

If you want to read similar articles to Do Animals Think? - Animal Intelligence, we recommend you visit our Facts about the animal kingdom category.

References
Fossorial Animals: What Animals Live Underground?
Animals with Trunks - List of Trunked Animals
How Intelligent Are Pigs?
Ovoviparous Animals
Related categories
Endangered animals
Most read
1.
What Animal am I According to my Zodiac Sign?
2.
What Does It Mean When a Cat Shows Up at My Door
3.
The 10 Most Solitary Animals in the World
4.
Differences Between Crows, Ravens and Rooks
5.
How Many Types of Lions Are There?
6.
10 Smells that Attract Cats
7.
Animals With Scales - A Full List
8.
10 Most Beautiful Animals in the World
The Psychology of Animal Cruelty
Why Do Cats Bring Dead Animals Home?
What Does Your Pet Think Of You?
Sacred Animals in Hinduism
How Do Animals Communicate With Each Other?
Omnivorous Animals
Viviparous Animals
Why Do Animal Shelters Need Volunteers? 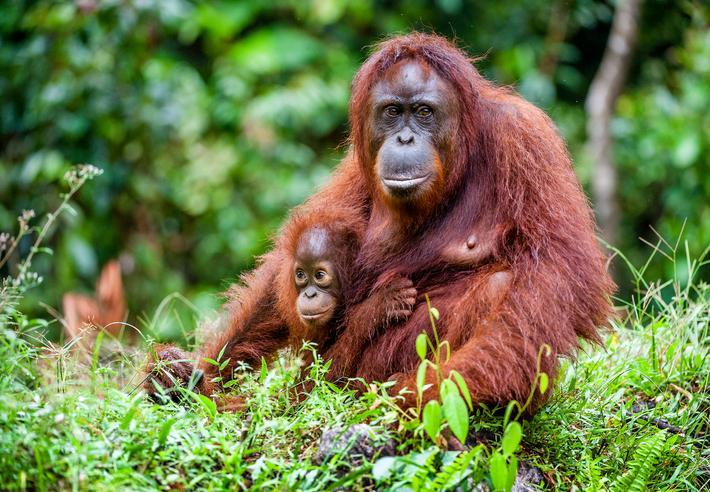 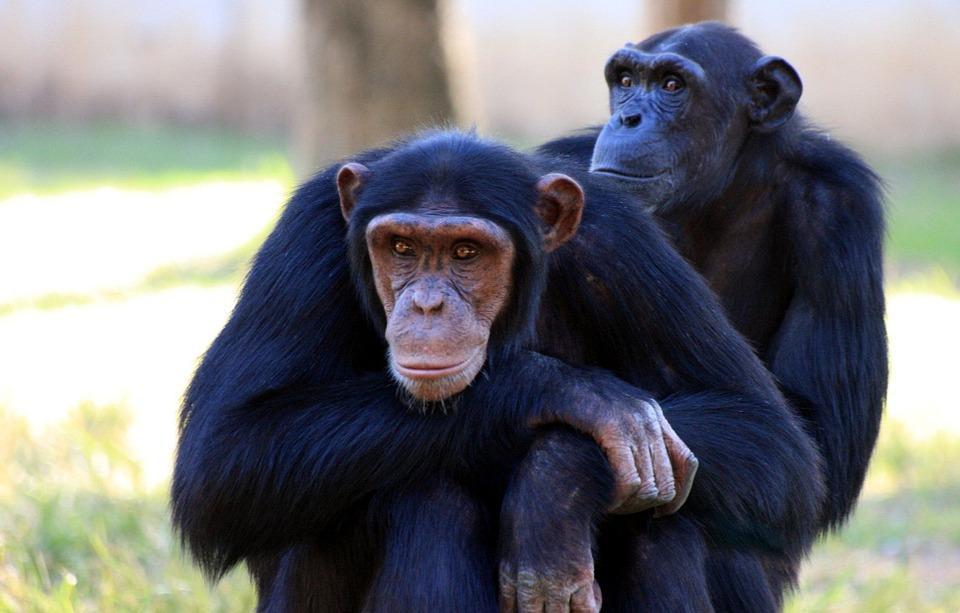 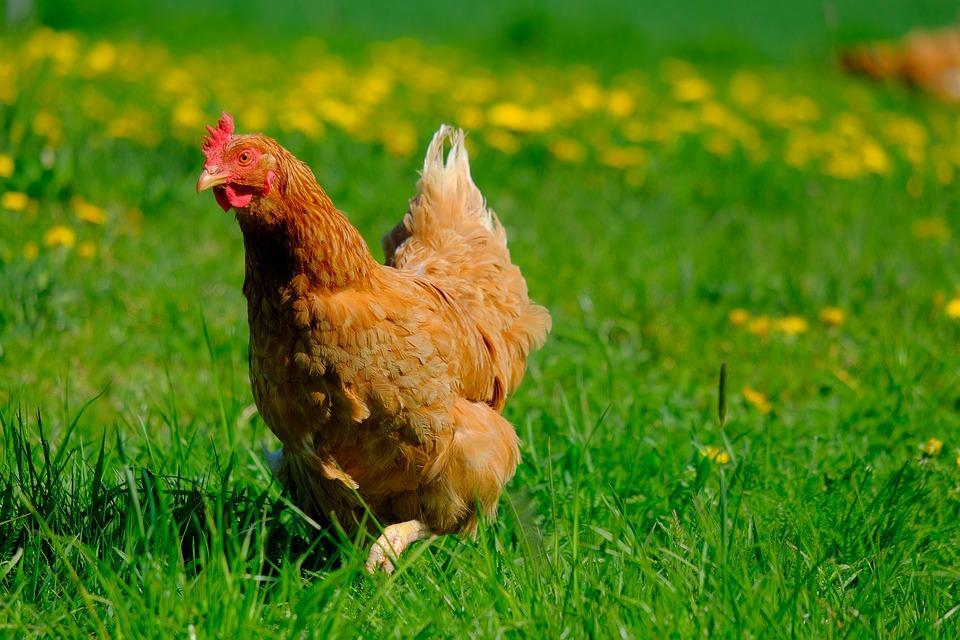 1 of 3
Do Animals Think? - Animal Intelligence
Back to top