The interactions between plants and animals are very complex. Any disruptions to these relationships can be very disruptive to a given ecosystem. While the relationship between fruit-eating animals and the fruit they eat can seem straightforward, it is usually part of a very complex reciprocal relationship. Both parties often need each other to survive.

At AnimalWised, we explain more about the different types of frugivorous animals. We look at examples of animals that eat fruit, as well as provide information about their characteristics and photos for reference.

You may also be interested in: Animals That Eat Snakes
Contents

What are frugivorous animals?

Frugivorous animals are those that base their diet on the consumption of fruits. It doesn't necessarily mean fruit is all they eat, but it needs to be their main type of food for the animal to be considered a frugivore. If they eat fruit as part of a wide-ranging diet, they are most likely omnivorous animals. Many species are frugivorous in the animal kingdom, from small insects to large mammals.

The plants that produce fruits are angiosperms, i.e. flowering plants. In this group, the flowers of female plants or the female parts of a hermaphroditic plant have an ovary with several ovules. When fertilized by sperm, the ovules thicken and change color. In the process, they acquire very attractive nutritional qualities for animals.

20% of known mammal species are frugivorous animals. This type of diet is very significant and important among various animals.

At first glance, frugivorous animals might not seem to have distinctive characteristics from non-frugivorous animals. This is even less so if they are animals that mainly eat fruit, but also incorporate other foods into their diet.

The main qualities appear throughout the alimentary canal, beginning with the mouth or beak. In mammals or other animals with teeth, their dentition is usually wider and their molars are flattened for chewing. Animals with non-chewing teeth usually have a row of small, equal-sized teeth that are used to chop fruit and swallow smaller pieces.

Frugivorous birds usually have a curved or concave beak to be able to extract the pulp of the fruits. This is the case with birds such as parrots. Other birds have a finer beak which is used to feed on smaller fruits that they can swallow whole.

Arthropods have specialized jaws for grinding food. A species may feed on fruit during certain stages of its life and have another diet when they are adults. Some may not even need to eat by the time they mature.

Another very important characteristic of these animals is that they do not digest the seeds. They do produce a physical and chemical modification in them, called scarification. The seeds cannot germinate once outside without this modification.

Animals that only eat seeds or grain are known as granivorous. Find out the characteristics and some examples of these animals in our article on types of seed-eating animals.

Importance of frugivorous animals for ecosystems

Fruit-bearing plants and frugivorous animals have co-evolved throughout history. The fact that the fruits of the plants are so attractive and nutritious are not for the benefits of the seeds themselves. They are this way to attract the attention of the animals.

Frugivorous animals will eat the pulp of the fruit, also ingesting the seeds in the process. In doing so, the plant receives two main benefits:

Fruits are the reward that the animals receive for disseminating the seeds, just as nectar is the reward for a bee when pollinating different plants.

The relationships between plants and animals are usually strong, especially for those species that feed exclusively on fruit, such as the giant golden-crowned flying fox (Acerodon jubatus). This animal lives in the forests where it feeds. Unfortunately, they are in danger of extinction due to deforestation. In Africa, the largest bat species is also frugivorous, the hammer-headed bat (Hypsinathus monstrosus).

Most primates are frugivores. Although they have an omnivorous diet, their main source of nutrition is fruit. This is the case with the chimpanzee (Pan troglodytes) or the western gorilla (Gorilla gorilla), although many lemurs are also frugivorous.

New world monkeys such as howler monkeys, spider monkeys and marmosets play an important role in dispersing the seeds of the fruits they eat. For this reason, they are also part of the list of examples of frugivorous animals.

Shrews, dormice and opossums are nocturnal mammals that devour fruit, although if they come across a worm they will not hesitate to eat it.

Lastly, all ungulates are herbivorous animals. However, some feed almost exclusively on fruit, such as the tapir. Find out examples of these animals with our guide to ungulate animals.

Within the animal group birds, it is worth highlighting the psittacines (parrots) as great consumers of fruit. They have a beak which is designed perfectly for it. Other important frugivores are species of the genus Sylviidae, known commonly as warblers. Find out more with our article on what parrots eat.

Other birds, such as the cassowary (Cassuarius casuarius), also feed on a wide variety of fruits that they find on the forest floor. This is essential for the dispersal of plants. Toucans base their diet on fruits such as berries, although they can also eat small reptiles or mammals. In captivity, it is important for their health that they take a certain amount of animal protein.

There are also frugivorous reptiles, such as green iguanas. They do not chew their food, but with their small teeth they cut pieces that they can swallow whole. Other lizards such as pogonas or skinks can eat fruit, but they are omnivores. This is unlike green iguanas which are herbivores, so they also need insects and even small mammals. Find out more on the diet of green iguanas.

Tortoises are the other group of frugivorous reptiles, although they sometimes eat insects, mollusks or earthworms.

There are also frugivorous invertebrates such as the fruit fly (Drosophila melanogaster) which are widely used in scientific research. This tiny fly lays its eggs on the fruit. When they hatch, the larvae will feed on the fruit until they metamorphose into their adult stage. Hemiptera insects absorb the juice from the interior of the fruit.

Although it may seem strange, we close the list of examples of frugivorous animals with this group. There are also small number of frugivorous fish such as those belonging to the Serrasalmidae family. Commonly called pacu or piranha, they feed on plants. They not only eat their fruits, but also other parts such as leaves or stems.

Find out about some very different types of animal diet with our article on carnivorous animals.

If you want to read similar articles to Frugivorous Animals - Animals That Eat Fruit, we recommend you visit our Facts about the animal kingdom category. 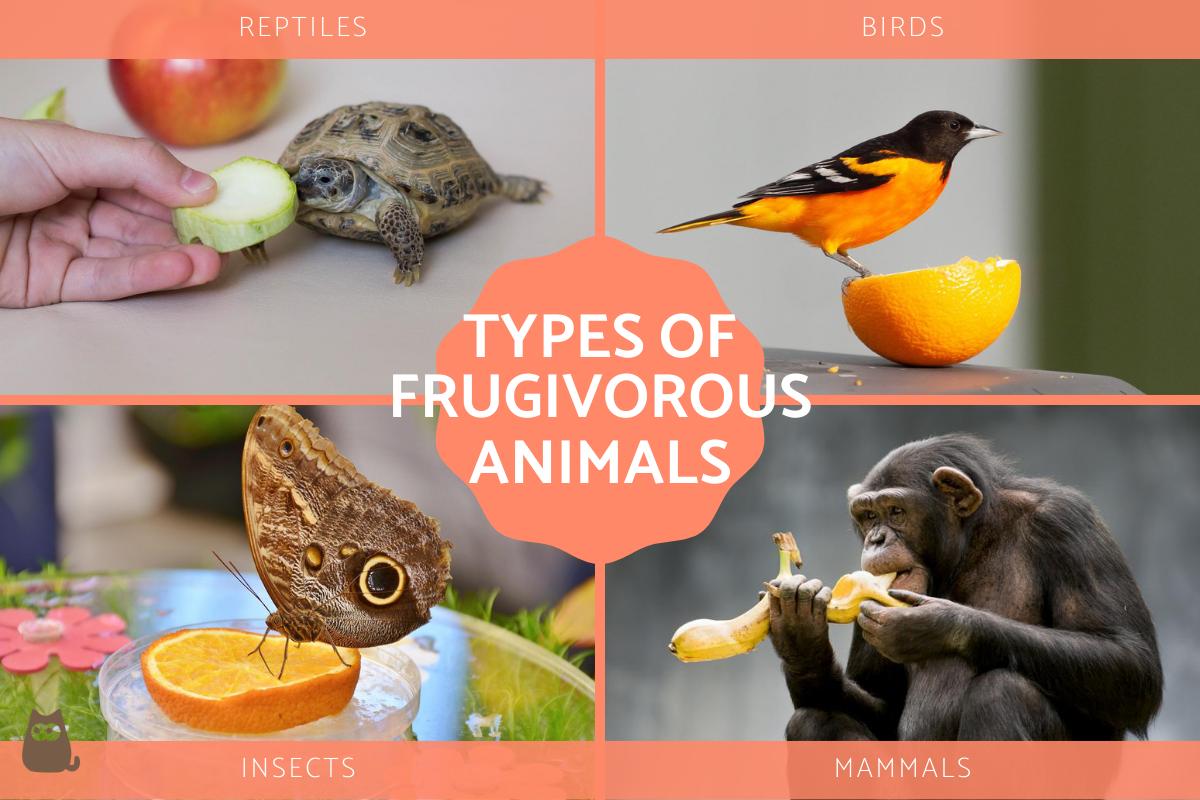 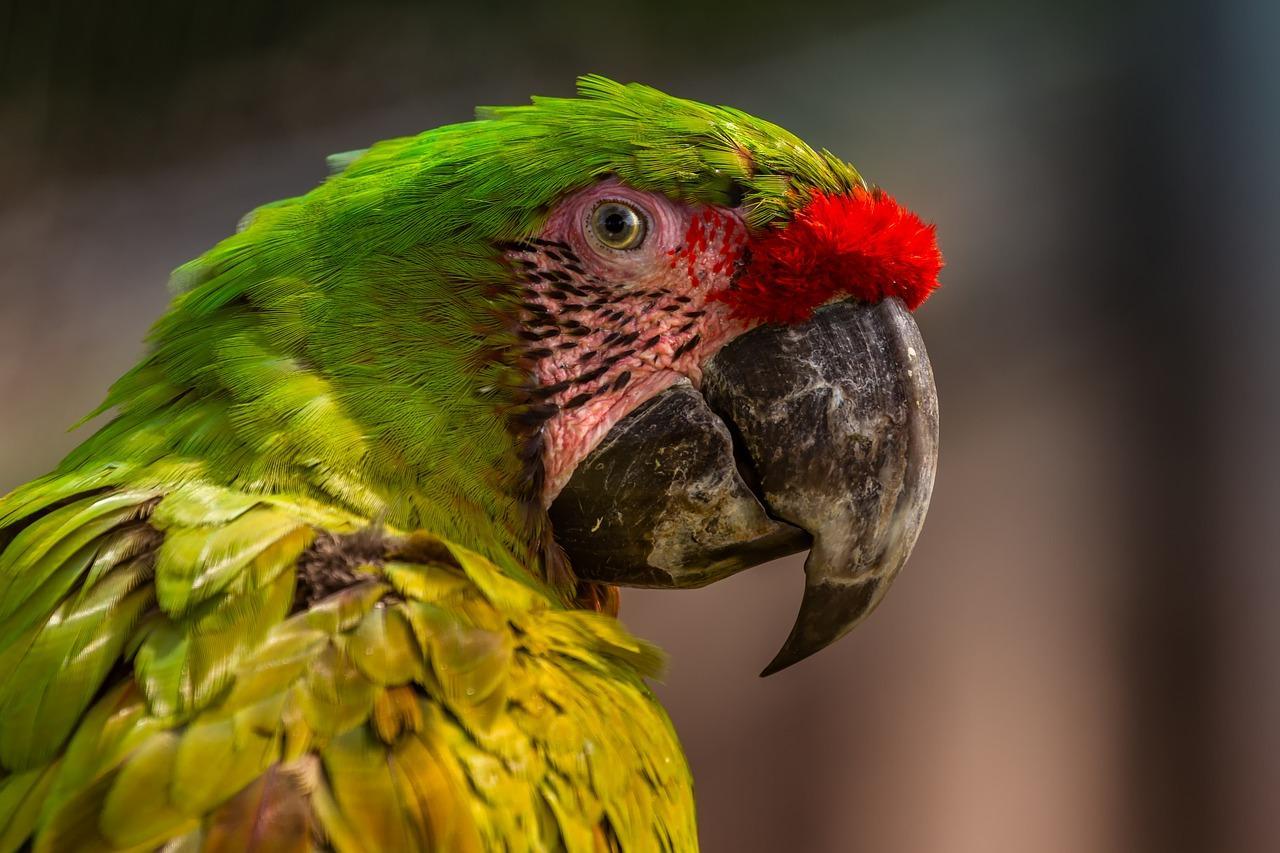 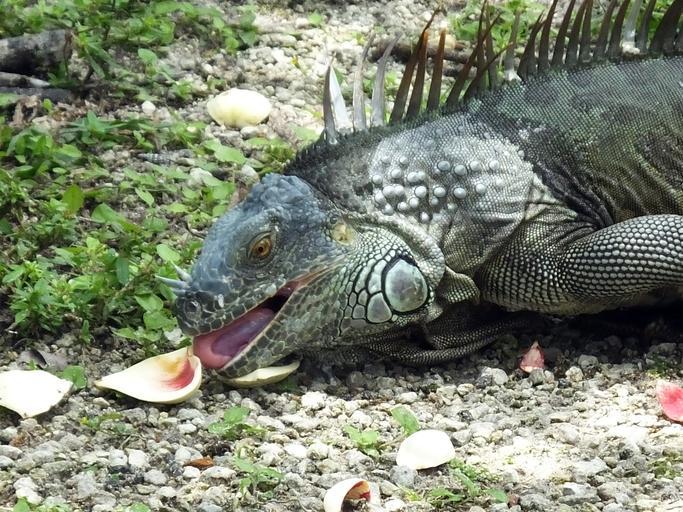