By Laura García Ortiz, Veterinarian specialized in feline medicine. May 16, 2022

Permethrin is a type of insecticide which can be used in medical applications as a deworming agent. It is found as an active ingredient in numerous antiparasitic and insecticide products. Its use is safe and effective for use on canines, but it is highly toxic to cats. Due to the high levels of permethrin toxicity in cats and its widespread household use, it is one of the most common causes of poisoning in cats. Permethrin intoxication can cause serious symptoms and threaten the life of the cat.

At AnimalWised, we look into more detail at permethrin toxicity in cats. Specifically, we look at the symptoms and treatment of permethrin poisoning in cats to help you know what to expect if your cat is affected.

You may also be interested in: Common Cat Poisons - Symptoms and Treatment
Contents

Permethrin is included in the drug group known as pyrethroids. These compounds are frequently used as external antiparasitic and insecticides in dogs. They are marketed in products such as flea collars, pipettes, shampoos and sprays. They can be used alone or combined with other active ingredients. They are also used in farms, homes and gardens. Specifically, pyrethroids are characterized by:

Specifically, permethrin is a first-generation pyrethroid. It is characterized as having cyclopropane carboxylic esters and being lipophilic, the latter meaning they are distributed in tissues with a greater amount of lipids. These tissues include the liver, nervous tissue, fat and kidneys. Other pyrethroids include cypermethrin, which is a second generation pyrethroid and has a cyano group.

Why is permethrin toxic in cats?

The toxicity of permethrin in cats is due to the fact this species metabolizes it poorly. Specifically, permethrin is metabolized in the liver by the microsomal system, followed by oxidation and conjugation processes with glucuronic acid. Cats have a deficiency in glucuronidase transferase, which is involved in the conjugation of the compound with glucuronic acid. This causes detoxification of these compounds to be greatly delayed, resulting in toxic effects.

How can a cat be poisoned with permethrin?

A cat becomes poisoned when it absorbs permethrin through its skin, by licking its fur, or by accidental ingestion. Despite not being indicated for cats, poisoning frequently occurs when:

For more information, you can consult this more general guide to poisoning in cats.

Symptoms of permethrin poisoning in cats

The high levels of permethrin toxicity in cats makes poisoning by this active ingredient a serious medical problem. As a neurotoxin, it affects the cat's brain and results in neurological symptoms. It acts on the voltage-dependent sodium channels of neurons, causing hyperexcitation or continuous nervous excitation.

The effects of permethrin poisoning appear between 3 and 72 hours after exposure, and the following clinical signs may appear:

In the event that a topical permethrin spray is used in a cat, they will show paresthesia (prickling or burning sensation) on the area to which it is applied. If they ingest the toxic permethrin sialorrhea (excessive salivation) will appear after ingestion.

learn more with our article on why a cat is drooling.

Diagnosis of permethrin poisoning in cats

Laboratory tests are not very useful for the diagnosis of permethrin toxicity. Only positive samples sent from fat tissue, the liver, skin or brain indicate exposure. In some cases, these are only obtained from the dead animal if a necropsy is performed. Permethrin poisoning can be confused with anticholinesterase poisoning, so an anticholinesterase test can help rule it out. In permethrin intoxication, acetylcholinesterase activity should be normal.

The diagnosis of permethrin intoxication in cats is made from the clinical history and the clinical signs the feline presents. It is suspected when a cat appears with tremors, agitation, convulsions, discomfort, incoordination, changes in behavior or body temperature, as well as when an affirmative answer is obtained when asked if the cat has been dewormed with a pipette for another species or if they have had contact with an animal dewormed using a permethrin pipette.

A blood test, a biochemistry and a urinalysis can be performed, where the following may appear:

These symptoms are not permethrin specific, another reason why providing the veterinarian with as much information as possible is so important. Find out other conditions with some of these symptoms by reading our articles on blood in a cat's urine and azotemia in cats.

Treatment of Permethrin Poisoning in Cats

In addition, supportive treatment should be carried out to control the clinical signs of permethrin intoxication, which include:

Cats poisoned by permethrin can have seizures that are difficult to control. If left untreated, the cat can die within 24 hours. Most cases are not usually so serious and the clinical signs are short-lived, with the cat usually recovering between 24 and 72 hours after intoxication.

It is essential to deworm your animal with products specially marketed for them. Products from other species should never be used to deworm them, especially if we do not know their active ingredients. As permethrin proves, the wrong ingredient for the wrong purpose can seriously threaten your cat's health. Senior cats and kittens are more at risk of adverse effects due to weaker immune systems.

Find out some of the other products you can find in your home with result in poisoning in cats with our video below: 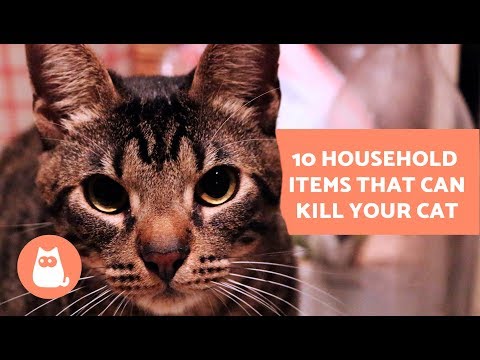 If you want to read similar articles to Permethrin Toxicity in Cats - Symptoms and Treatment, we recommend you visit our Other health problems category. 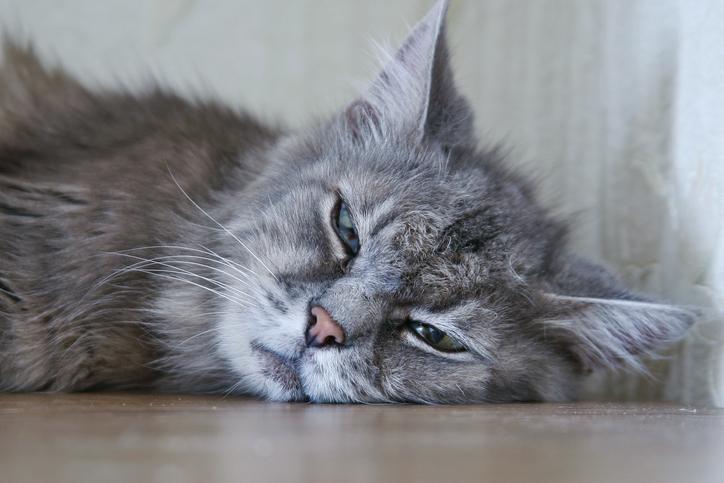 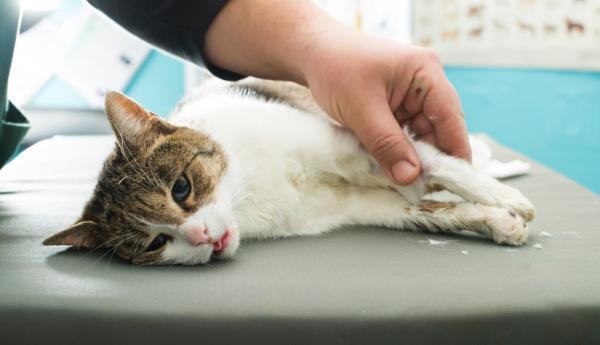