By Laura García Ortiz, Veterinarian specialized in feline medicine. May 15, 2022

Azotemia is the term used to describe high levels of nitrogen-containing compounds in a cat's blood. These compounds are mainly in the form of creatinine and urea, but other nitrogen-containing waste products can cause the change in blood composition. The underlying causes which lead to higher levels of these compounds are varied, but many are related to issues with the urogenital system. There are also different types of azotemia in cats which are categorized by their relation to the kidneys.

At AnimalWised, we look into greater detail at azotemia in cats. We understand the causes, symptoms and treatment of this veterinary medical condition so we can better to know what to expect if it happens to our feline.

You may also be interested in: Permethrin Toxicity in Cats - Symptoms and Treatment
Contents

What is azotemia in cats?

Urea is a small molecule organic compound which is the end product of protein metabolism in the liver. This series of biochemical reactions is known as the urea cycle. This substance is filtered by the glomerulus of the kidney and reabsorbed into the renal tubule and collecting ducts of the kidney.

Creatinine is a compound that is formed through the breakdown of creatine, an important nutrient for muscles. Creatinine is the waste product created in normal muscle metabolism and is produced at a constant rate, depending on the feline's muscle mass. It is also filtered in the glomerulus of the kidney, but it is not reabsorbed afterwards, being excreted in the urine.

Types of azotemia in cats

There are three types of azotemia in cats. In all three, there is a decrease in renal glomerular filtration rate (GFR), i.e. the flow rate of filtered fluid through the kidney. Due to this decrease, there is a consequent increase in creatinine and urea.

Prerenal azotemia develops as a consequence of reduced kidney perfusion due to impaired blood flow. This impairment of blood flow could be due to conditions such as hypovolemia (low extra-cellular body fluid), inadequate cardiac rate, marked vasodilation or dehydration. However, it is not related to inherent kidney disease.

When renal perfusion decreases, the glomerular filtration rate also decreases. This results in a slower elimination of urea and creatinine, leading to higher concentrations in the blood. Urea is reabsorbed at a faster rate, so it is registered more quickly in urinalysis due to the slower transit in the tubules and ducts. Creatinine will increase more slowly as it is not reabsorbed.

As the nephrons remain intact, without damage or alteration in their functionality, when perfusion is restored, renal function returns to normal.

As its name suggests, renal azotemia in cats occurs when there has been damage to the kidney. A reduction in renal function between 66-75% leads to an increase in blood urea and creatinine, with insufficient urine density (1.008-1.012).

A density between 1.013 and 1.034 indicates that part of the concentration capacity of the urine is intact, but it is insufficient to compensate for the losses. In addition, cats with chronic kidney disease retain the ability to concentrate urine for longer periods than dogs. A density greater than 1.020 can be expected, but it will still be inadequate to prevent azotemia.

In postrenal azotemia, renal function and the glomerular filtration rate are completely normal and efficient. However, the impurities do not leave the body through the urine due to a blockage of the flow of urine to the kidneys.

What causes azotemia in cats?

The increase in creatinine and urea can occur in various situations, so it will also depend on the type of azotemia in question.

Prerenal azotemia occurs when there is no kidney damage or obstruction of renal flow and develops as a consequence of a reduction in kidney perfusion due to an alteration in blood flow. This reduction can be caused by:

Causes of Renal Azotemia in Cats

Renal azotemia occurs when there is damage to the kidneys themselves. Therefore, azotemia in these cases is produced by:

Causes of Postrenal Azotemia in Cats

Postrenal azotemia occurs when the flow of urine is blocked by extrarenal causes. The causes can be:

Other causes of azotemia in cats

High urea in cats without increased creatinine can occur after eating a high-protein diet when there is intestinal bleeding. Elevated urea and normal creatinine may also occur in cats when protein catabolism is increased secondary to pyrexia or corticosteroid use.

High creatinine in cats may also simply be due to the fact the cat has a lot of muscle mass. The more muscle mass a cat has, the higher the normal concentration of creatinine. Learn more with our article on high creatinine levels in cats.

Symptoms of azotemia in cats

As with the differing causes of azotemia in cats, the symptoms of feline azotemia will depend on the type which is produced.

The symptoms in this case are those related to low perfusion due to alteration of normal blood flow. In these cases, the feline may manifest:

Symptoms of renal azotemia in cats

Renal azotemia from acute kidney disease can produce symptoms such as:

Renal azotemia due to chronic kidney disease can produce symptoms such as:

Blockage of urine flow due to obstruction of the urethra by stones or mucous plugs in FLUTD (feline lower urinary tract disease), damage to the ureters or bladder rupture can produce symptoms such as:

Learn more about some of these symptoms of azotemia in cats with our article on why a cat is urinating blood and why my cat is having trouble peeing.

Diagnosis of azotemia in cats

To detect azotemia, a blood sample should be taken. The purpose of this is to determine the concentration of urea in the serum and plasma. It will then be necessary to see if the azotemia is prerenal, renal or postrenal.

Dehydration in cats can be determined by performing the following tests:

A thorough physical examination should be performed to detect hypovolemia.

In kidney disease, the glomerular filtration rate is reduced and the creatinine concentration has been considered as an indirect indicator of the glomerular filtration rate. However, symmetric dimethylarginine (SDMA) levels more accurately reflect this rate and help diagnoses kidney disease earlier than creatinine. SDMA increases when at least 25% of kidney function has occurred and creatinine does not increase until this loss is at least 75%.

Creatinine levels also depend on the muscle mass of a cat. For this reason, we may be given false results in a very muscular or very thin cat, as well as cats with hyperthyroidism. To diagnose the stage of kidney disease, a series of measurements and parameters such as SDMA, creatinine, UPC (urine protein/creatinine ratio) and systolic blood pressure must be made.

A medical history should be taken to find out if they have been in contact with a nephrotoxic drug or substance, as well as any sign of urinary tract infection, hypertension or low renal perfusion, It will also determine the concentrations of phosphorus and calcium to find the cause of kidney disease.

An ultrasound of the kidney should also be performed to assess its size and shape, as well as imaging the rest of the structures of the urinary system.

To diagnose a urethral or ureteral obstruction or bladder rupture, the following tests should be performed:

Learn more with our article on why a cat has crystals in their urine.

Treatment of azotemia in cats

When prerenal azotemia has been diagnosed, fluid need to be immediately replenished. This will be carried out with fluid therapy. In some cases, a blood transfusion may be required.

In cases of renal azotemia, the cause of acute kidney disease must be treated. Dehydration and electrolyte imbalance must also be corrected. It is important to treat concomitant diseases if they exist (diabetes, hyperthyroidism, heart disease, tumor, etc.). Specific treatment for kidney disease consists of:

In post-renal azotemia, the blockage must be removed, damage repaired, urinary stones removed with diet (struvite) or surgery (calcium oxalate). Surgery is also required in cases of bladder rupture to repair damage.

If you want to read similar articles to Azotemia in cats - Types, Symptoms and Treatment, we recommend you visit our Other health problems category. 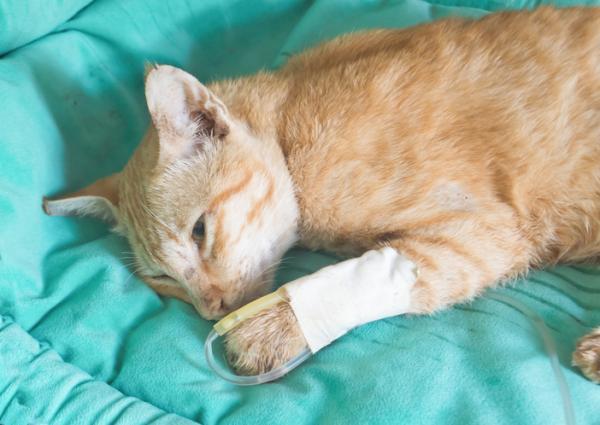 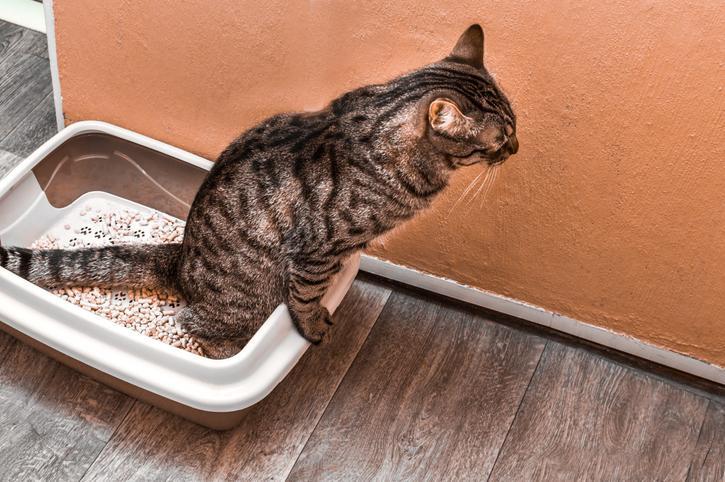 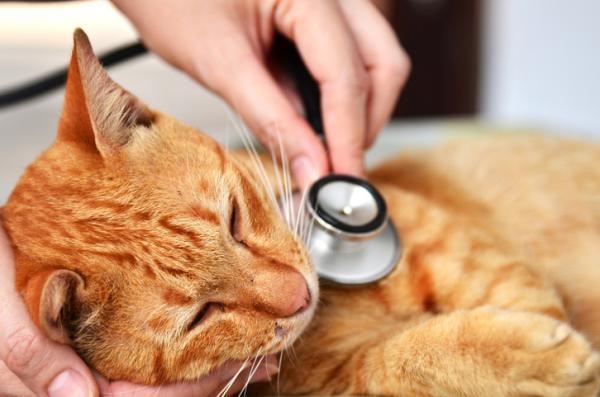 1 of 4
Azotemia in cats - Types, Symptoms and Treatment
Back to top