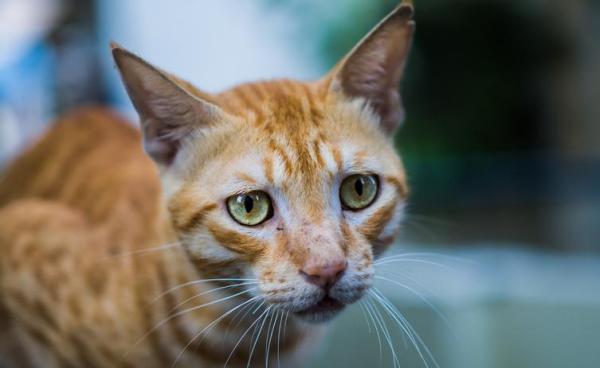 Liver failure in cats appears as a result of certain liver diseases that affect the functionality of the liver such as hepatic lipidosis, cholangitis, amyloidosis or tumors, but it can also be due to extrahepatic or toxic diseases.

In this AnimalWised article we’re going to explain what liver failure in cats is, its causes, symptoms and treatment. Keep reading to learn more about this feline disease.

You may also be interested in: Fatty Liver Disease in Cats - Symptoms & Treatment
Contents

What is liver failure in cats?

The feline liver fulfills numerous functions, since it intervenes in digestion, in the synthesis of bilirubin, glycogen, lipoproteins, albumin and filters toxic compounds. In addition, it is adapted to the carnivorous nature of cats because through meat they obtain, among other nutrients, taurine and arginine, which are two essential amino acids for cats.

The feline liver forms bile salts from the conjugation of bile acids with taurine and arginine, it intervenes in the synthesis of ammonia from urea and in its elimination. Therefore, a deficiency of arginine will cause the intoxication by ammonia in our cat, causing a hepatic encephalopathy that, unfortunately, usually has a fatal outcome.

There are different liver diseases that can lead to a liver failure:

There are also infectious diseases that can cause feline liver failure, for example:

Cats present a deficiency in the metabolizing enzyme glucuronyl transferase, which is responsible for the conjugation of certain drugs or their metabolites with glucuronic acid in order to proceed with their metabolism and elimination. Some drugs that use this route and should not be administered to our cats because they are very toxic, and can cause liver necrosis, are: paracetamol, ibuprofen and aspirin. Other drugs that present with liver toxicity in cats include methimazole, tetracyclines, diazepam, L-asparaginase, and doxorubicin.

This consists of an alteration in the circulation of the liver of congenital origin due to the existence of an additional blood vessel that connects the portal vein and the caudal vena cava (systemic circulation), so that certain toxic substances from the intestine reach the liver. They filter through vascular communication, then go directly to the general circulation, resulting in toxic damage to the brain. Due to this, the liver atrophy reduces in size, causing liver failure.

Among all of them, the diseases that most commonly cause liver failure in the feline species are hepatic lipidosis and cholangitis.

The symptoms of feline liver failure are nonspecific. However, depending on the process that causes it and its severity, we can find:

In cases of hepatic encephalopathy, due to an increase in toxins not filtered by the liver, seizures, blindness, hypersalivation, behavioral changes, aggressiveness, stupor and even coma will be seen.

As always, it's very important to take your cat to the veterinarian as soon as we see them experiencing any of the symptoms mentioned above or any other abnormality.

The diagnosis of diseases that can cause liver failure in cats is completed by an anamnesis, clinical examination, blood analysis and biochemistry, ultrasound and biopsies.

During the anamnesis and examination of the feline we must observe the clinical signs that the cat presents, observe their state of hydration, fur, state of the mucous membranes to assess jaundice and body condition, as well as palpation of the animal and look for the presence of fluid in abdominal cavity indicative of ascites. Jaundice and ascites are late signs of liver disease in cats, the most specific being liver failure itself.

A blood count and biochemistry of the cat must be performed. It should look for markers of functionality and any type of liver disease:

Specifically, the useful technique in these cases is abdominal ultrasound, although it is common not to find alterations even when the cat actually has liver disease. In some cases, focal lesions are seen, an enlarged liver with hyperechoic parenchyma (white in the image) that is suspicious of lipidosis, dilation of the bile ducts suggesting cholangitis, or we can look at the vascularization for the diagnosis of portosystemic shunts.

The definitive diagnosis of many diseases that cause liver failure in cats is achieved through a pathological study from taking biopsies. However, in cases of lipidosis it can be diagnosed using the previous steps and a liver fine needle cytology (FAP), where numerous cells with fat will be seen, although it must be taken into account that it can coexist with other diseases, so it will not always be definitive, requiring a biopsy. In suspected cases of cholangitis, bile can be obtained from these ducts for cytology and culture, without requiring a biopsy in cases of neutrophilic cholangitis.

The treatment of liver failure in cats is complex and will depend on the disease or diseases that coexist in the animal, each disease must be specifically treated once diagnosed separately and the symptoms.

Many caregivers wonder if liver lipidosis curable in cats. Lipidosis is a very serious disease that must be diagnosed and treated early in order to save our cat, only then can it be cured. In these cases, the cat's therapy is mainly based on:

Antibiotics should be administered for 4-6 weeks with previous culture and antibiogram (cephalosporins, amoxicillin-clavulanate, fluoroquinolones, metronidazole). If the result isn't good, corticosteroids should be added. Depending on the severity, supportive treatment will include:

Antibiotics and prednisolone are administered at high doses (2-3 mg / kg / 24 hours) with a progressive reduction of the dose according to the response and supportive treatment similar to neutrophilic. If the response to prednisolone is not sufficient, immunosuppressants such as chlorambucil can be added.

In the cases of infectious diseases, the disease should be treated and the liver protected with antioxidants (SAMe, vitamin E), ursodeoxycholic acid administered and symptoms treated with antiemetics, fluid therapy, appetite stimulants or enteral feeding, pain control and nutritional supplements.

In cases of neoplasms, chemotherapy protocols adapted to the tumor will be carried out and, in removable tumors, surgery.

The indicated treatment will be surgery, but it does not always go well. The cat will first need to be stabilized with antibiotics, lactulose and a low protein diet.

As you can see, the treatment and severity of their illness will depend on what caused their liver failure. This is why it's so important to take them to the veterinarian as soon as possible to be professionally examined and treated.

If you want to read similar articles to Symptoms of Liver Failure in Cats, we recommend you visit our Other health problems category. 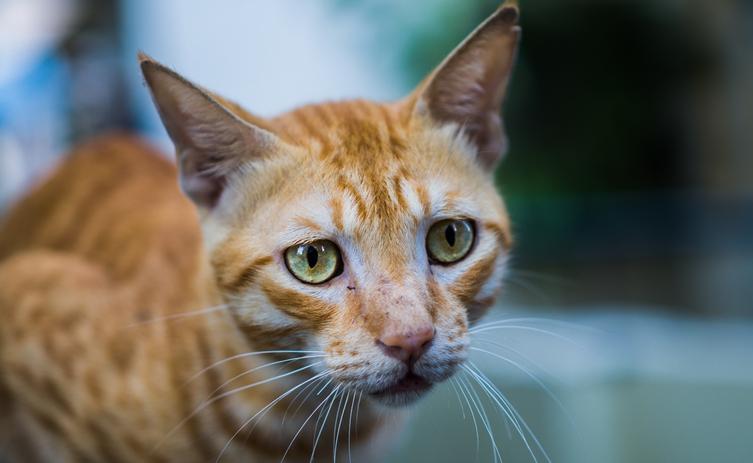 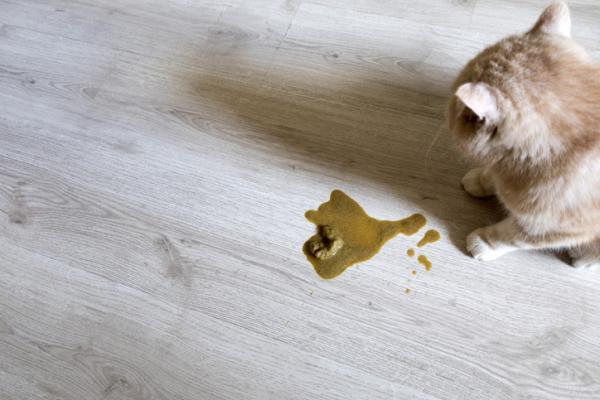