Along with Siamese and Persian cat breeds, the Oriental Shorthair is a precursor to many of the cat breeds which followed years later. However, despite being the progenitor of so many other breeds, the Oriental Shorthair is not as popular a breed as some. With their sleek and elegant frame and sweet disposition, we are not entirely sure why this is the case. Anyone who has adopted an Oriental Shorthair will know they are one of the greatest felines loves you can know. At AnimalWised we bring you everything you need to know about their characteristics, temperament, care and health, as well as shedding some light on their ancient origins.

Origin of the Oriental Shorthair car

The Oriental Shorthair cat has its origins in Thailand. Since medieval times they have been held in the highest esteem, enjoying great popularity and eventually becoming the national cat breed of Thailand. There are several historical artefacts which record the existence of this cat in the Middle Ages.

However, it was not until the 20th century (the 1950's to be more precise) when international breeders outside of Asia began to show more interest in this breed. They expanded its presence across Europe and into the United States of America, where it eventually became officially recognized in the 1970's. This breed is sometimes, but rarely, also known as the ‘Foreign Type’ cat.

While the origins of the breed date back thousands of years, there have been changes and developments since then. The breed we have come to now know is thought to be the result of crossbreeding the Siamese cat with breeds such as the British or American Shorthair. Some of them are considered to be a mono-color relative of the Siamese cat.

The Oriental Shorthair cat is a medium-sized cat breed which usually weighs around 4 to 5 kg. They have a slender, yet muscular body with elongated limbs. This adds up to give them a graceful and elegant appearance. Their tail is equally long and pointed, with petite paws. As a whole, they have the appearance of being a very light and agile animal, giving them mystical movements at times.

The Oriental Shorthair cat's head is also quite a unique shape. Their skull is triangular, with a wide top tapering down into a pointed chin. Their snout is long with a long straight decline. Their ears are very characteristic, sitting on top of their head and radiating out like large satellite dishes. Their eyes are almond shaped and do not protrude. They do not sink into the skull either. The color is usually bright green, but they can vary.

The coat of Oriental Shorthair cats is thin, silky and, unsurprisingly, short. It grows tight to the skin and they do not have a woolly undercoat as occurs in some breeds. The hair is either of a solid color or is patterned. These patterns include smoked, tabby, tortoiseshell and bicolor patterns. Some registries claim that bicolor Oriental Shorthair cats are a distinguished breed known as Oriental Bicolor, but they are in the minority.

With the Oriental Shorthair, we are talking about a cat which stands out for their communication. They have a powerful meow and will use it readily to convey mood or desire. These vocalizations vary according to the individual cat, with some being known to make loud honking sounds.

Oriental Shorthairs love to spend time outside, but this doesn't mean they can't adapt well to living in apartments or houses. It will depend on the amount of time and attention you are able to give towards these kitties. They have a decent amount of energy and need to be engaged to remain balanced. They are a very sociable cat breed and do not tolerate loneliness well. This is something we will need to consider if we spend a lot of time away from the home. They are animals which will form a close attachment to their guardians, but will also fair better if they have other cats to spend their time with.

Their temperament is generally stable and playful, making them very suitable for children. They will be respectful playmates and are not known to easily anger. This doesn't mean you don't need to be respectful of their space. As long as the socialization period has been well catered to, the cat will be able to enjoy a happy life sharing with others. This makes them an ideal family cat, but not good for those who live alone and can't afford enough time for positive interaction.

Despite being known for their short coat, they will need periodic brushing to avoid tangles and to remove dead hair (especially during the shedding season). It will also help to avoid the formation of hairballs and will spare your furniture from being covered in dead hairs which can be difficult to remove.

In terms of exercise for the Oriental Shorthair cat breed, they are very active animals which need a lot of physical stimulation. This is why we need to have plenty of environmental enrichment in terms of toys and intelligence games. They are particularly fond of heights, so if you can have scratching trees or wall-mounted walkways, they will be very appreciative.

They will need a balanced diet which covers all of their nutritional needs and is of high quality. You can feed them dry food, wet food or even homemade food, but you will need to check their nutritional values. Don't overfeed them treats and pay attention to their preferences. With their high vocalization, they will probably be letting you know.

Finally, we need to pay special attention to their ears. Their large size makes them particularly vulnerable to mites and other parasites. Of course, you will need to also check their eyes, teeth and fur for signs of disease.

The Oriental Shorthair car is generally a very healthy cat breed. By paying basic attention to their health needs, you shouldn't be likely to see many issues arise. One notable pathology to which they are more predisposed than others is strabismus. This is a a genetic defect which affects the optic nerve and can lead to improper alignment (giving the cat a ‘cross-eyed’ appearance). Fortunately, knowledge of this genetic defect has lead to many breeders breeding it out.

Strabismus, however, is more of an aesthetic defect than anything else. It will not affect the vision of the cat. Even so, it will require veterinary follow ups to see if there is any deterioration. Another reason for veterinary checkups, other than the obvious, is in case a misdiagnosis is made and it is actually a different condition.

We have to follow the general guidelines for the health of cats. This means vaccinations and deworming as preventive medicine and microchip implants to help recover them if they are lost. If we take care of all the basic care needs of the Oriental Shorthair cat, it is possible they can live over 15 years.

Upload a picture of your Oriental Shorthair cat 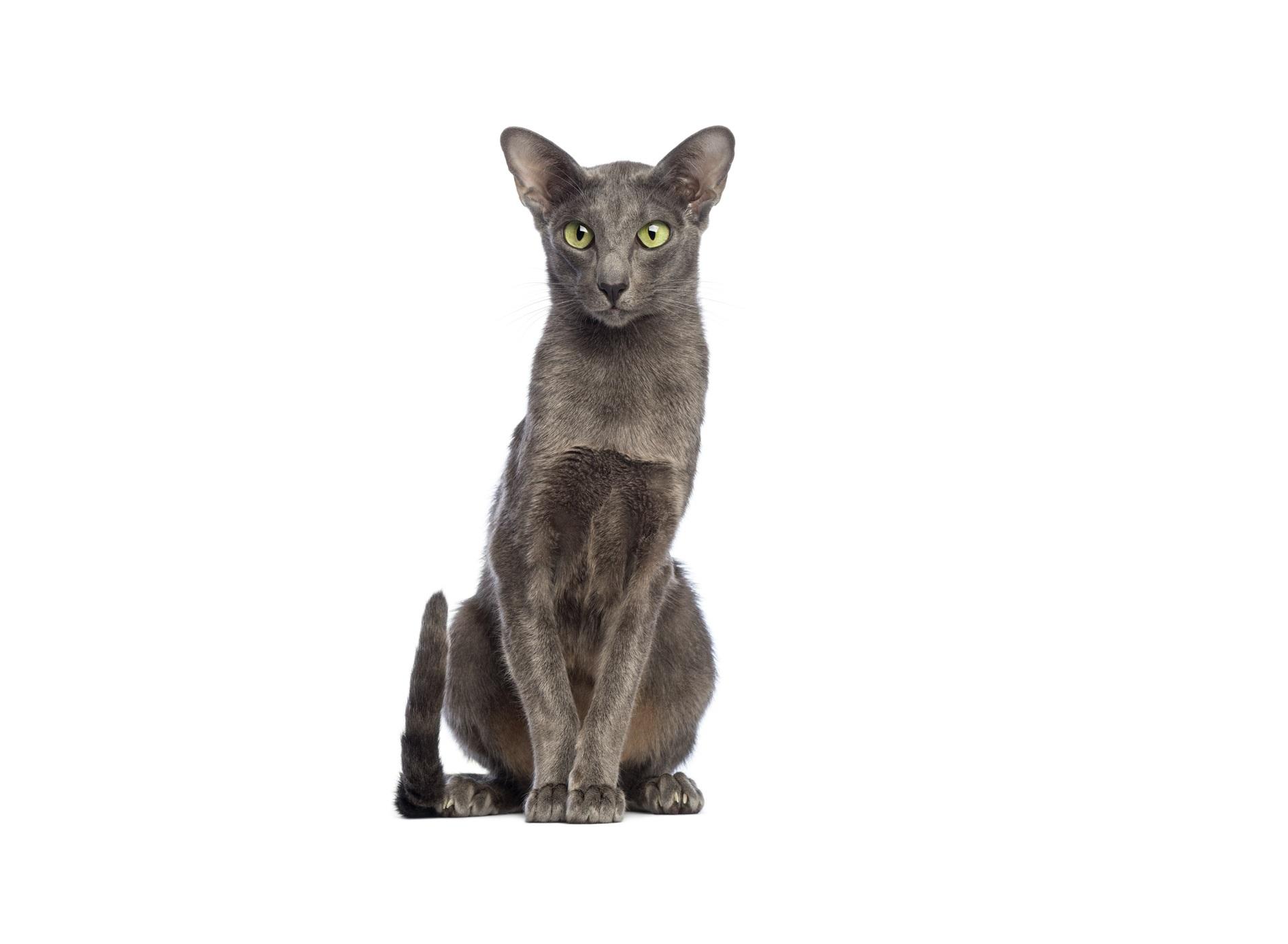 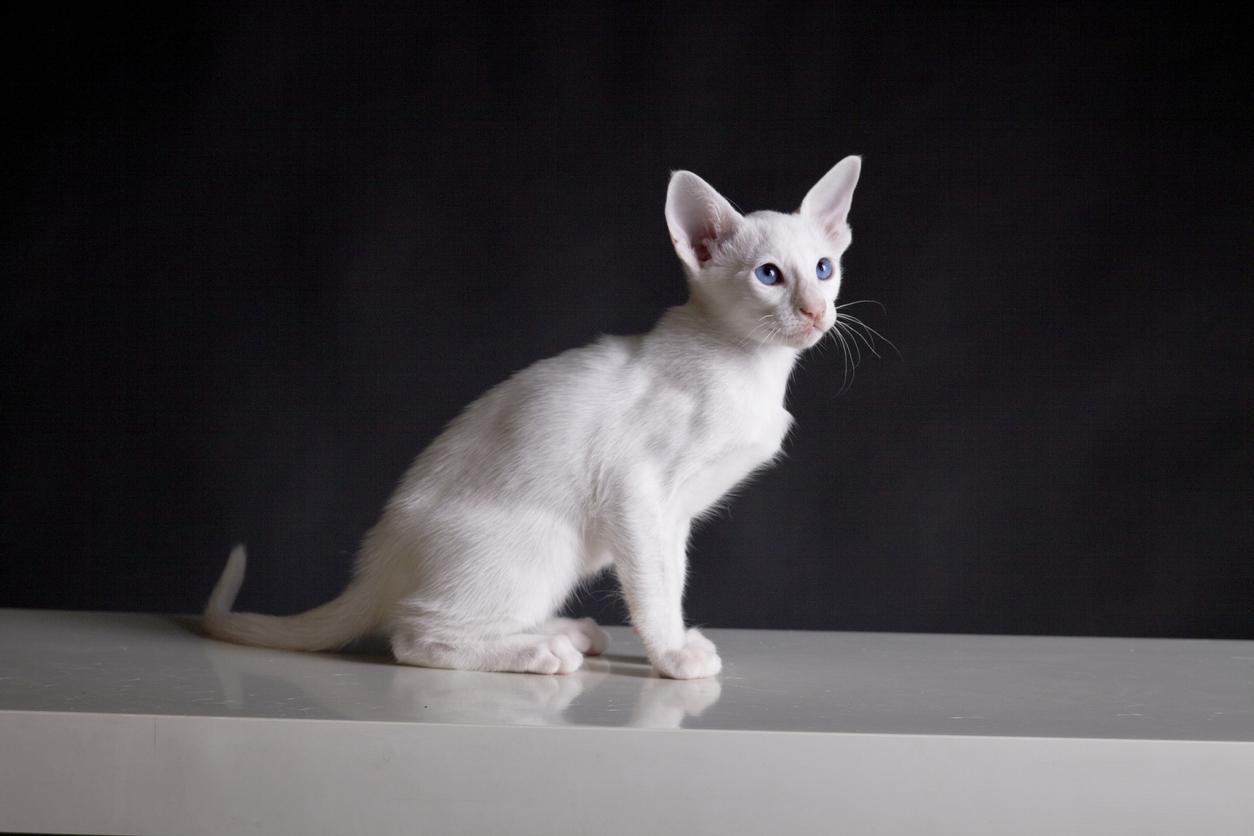 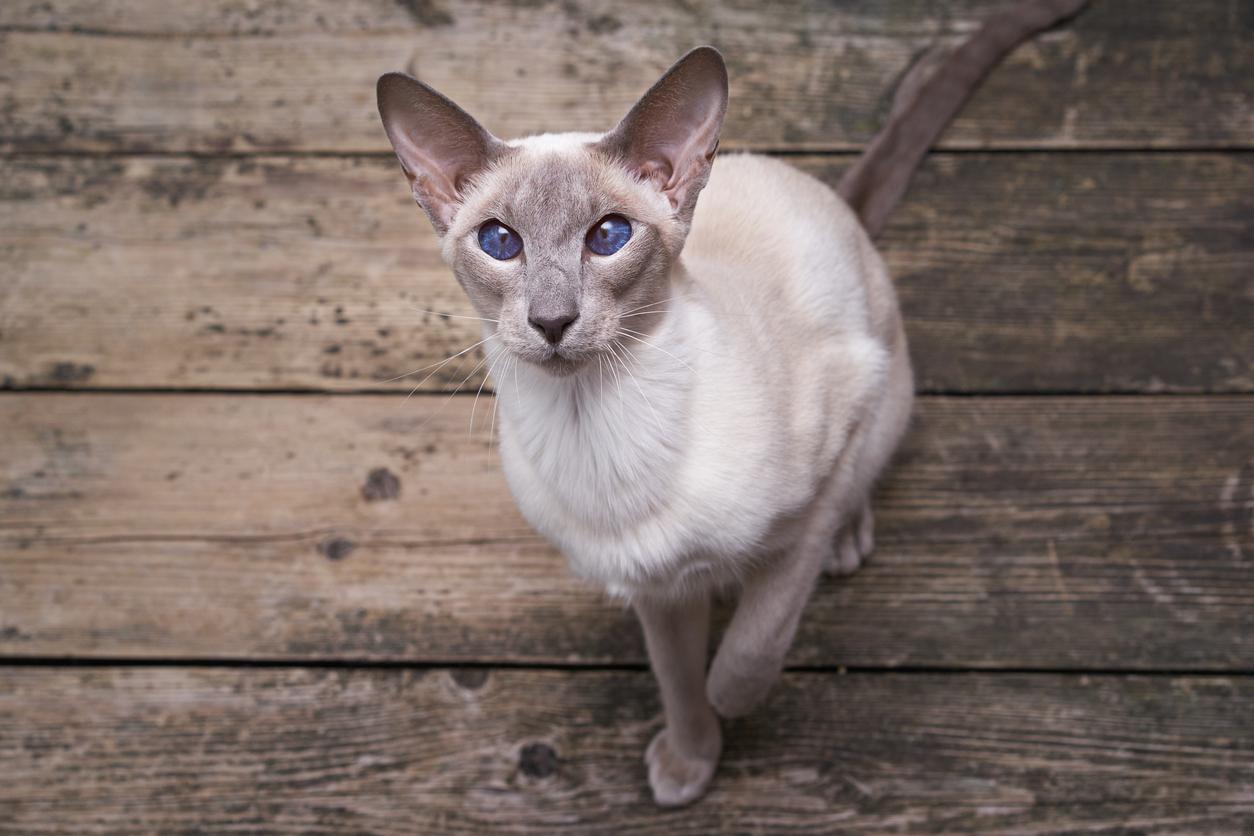 1 of 3
Oriental Shorthair cat
Back to top