The 10 Most Venomous Animals in the World

Have you ever wondered what are the 10 most venomous animals in the world? There are hundreds of animals that can be deadly for humans, although the potency or the effects of their venom is often unknown to most of us.

Remember, it takes effort for animals to inject venom, and it is a waste of their energy. Moreover, after injecting venom most animals need some recovery time, during which they are vulnerable. This means that venomous animals never attack just because.

Although for these animals this is a defense mechanism, venom can seriously affect our organism and even can cause sudden death. This is why we recommend you keep reading this AnimalWised to get informed about the most venomous animals in the world. Keep your eyes open!

In tenth position is the well-known scorpion (Scorpiones), an order in the class of arachnids. This means that they have eight legs, like spiders. There are more than 1,400 species of scorpions worldwide, and they are perfectly adapted to different climates and diets.

Due to the fact that they are an easy target for predators like owls, lizards or snakes, scorpions have developed several defense mechanisms. The most remarkable of them, of course, is its sting. All scorpions are venomous, and they use their sting both as defense and occasionally to paralyze their prey to eat.

Most scorpion species do not pose a risk to humans, although some are extremely dangerous, such as those belonging to the Buthidae family. Venomous scorpions inject such a potent neurotoxin that in some cases death can occur in 5 or 6 hours.

The most dangerous scorpion has the ominous name of deathstalker (Leiurus quinquestriatus), and it inhabits the deserts of North Africa and the Middle East.

At number nine of the top 10 most venomous animals in the world we find the Chilean recluse spider, another arachnid.

Also known as Loxosceles laeta, this spider can be deadly depending on its size and the size of the victim. If it isn't sufficient enough to kill, the venom of this recluse spider acts by dissolving the tissues of the skin and it causes cells to die, resulting in amputation. The effect of this kind of spider venom is 10 times stronger than sulfuric acid.

Do you know what to do if you are bitten by a Chilean recluse spider?

The famous black widow spider appears at number eight on the list. The term refers to a genus, Latrodectus, which includes different species. The name comes from their habit of sexual cannibalism, particularly prevalent in these arachnids, as the female eats the male after mating.

The black widow is the most dangerous spider for humans, especially the females, which have red marks that decorate its black body. The effects of the venom can be serious and even fatal if you don't go to a medical facility for proper treatment.

The black mamba (Dendroaspis polylepis) is a well-known snake; it even makes an appearance in the popular Kill Bill films.

It is considered to be the most venomous snake in Africa; it inhabits trees in the savannas and dense forests south to the Sahara. The skin of the black mamba is not actually black; can vary between green or metallic grey. The name refers to the interior of their mouth instead.

The black mamba is fast and very territorial. Before attacking it emits warning sounds. It injects about 100 milligrams of venom in one bite, with only 15 milligrams being deadly for any human being.

There are three different species of blue-ringed octopus, all within the Hapalochlaena genus. They live in the coral reefs of the Indian and Pacific Oceans.

Even though they are small, their rings should have already warned you that it is dangerous. The blue-ringed octopus is the most dangerous cephalopod on earth because there is no antidote to its venom, which is enough to kill 26 people.

The golden poison frog (Phyllobates terribilis) is also known as the golden dart frog. This is the most poisonous amphibian on the planet, secreting poison capable of killing 1,500 people. As a curiosity, you should know that "venom" is injected, while "poison" is secreted; therefore, the golden poison frog is not technically venomous.

In the past, indigenous people from what is now Colombia would wet the tips of their arrows with the poison, which made them more lethal.

The sea snake or coral reef snake (subfamily Hydrophiinae)can be found in the tropical waters of the Indian and Pacific Ocean; the sea snake is among the most wide-ranging reptiles in the world. They are mostly found near land, and they can swim upriver.

With their shape and habitat, they are a bit similar to eels. However, they don't have gills and so they need air to breathe. If a sea snake bites you, it's likely that it won't inject you with any venom. However, if it does happen, you will notice the symptoms at least half an hour later; they include generalized pain and paralysis.

The most venomous sea snake in the world is the Dubois' sea snake, also called reef shallows sea snake or Aipysurus duboisii. It inhabits the Indian Oceans, especially coral reefs. However, it is not the most venomous snake, as some sources have wrongly pointed out.

The stonefish (genus Synanceia) is the most venomous fish in the world. Its name is no lie, as the species in this group literally look like a rock.

Contact with the spines on their fins can be deadly to humans. Stonefish can sting in the water, but also on the beach, as they can survive on the sand for hours. Be careful where you step on if you visit the Indo-Pacific coast!

The victim of stonefish venom suffers from a very intense and distressing pain. If you are stung by a stonefish you should apply hot water on the injured part as soon as possible.

The effects of the venom of the inland taipan - also called Oxyuranus microlepidotus or small-scaled snake - are extreme. This dangerous species can be found in Australia.

The inland taipan has enough venom to kill 100 adult humans and 250,000 mice, and its venom is between 200 and 400 times more toxic than most rattlesnakes. The neurotoxic action can kill an adult human in just 45 minutes, making it essential to go to a medical facility as soon as possible.

Here you can learn more about the most dangerous animals of Australia.

The sea wasp, or box jellyfish (Chironex fleckeri), is undoubtedly the most venomous animal on the planet, as a single specimen contains enough venom to kill more than 50 people. This species mainly inhabits the sea near Australia and New Guinea.

The sea wasp can have tentacles up to 3 meters (9'10'') long. As they age, their venom becomes more lethal, being able to kill a person in minutes. However, the deadliness of sea wasp venom depends on how big is the area of the sting. If you are stung by a sea wasp you must contact a hospital as soon as possible, and if you have it at hand, apply vinegar.

Are you fascinated by the beautiful and dangerous species of the animal kingdom? Take a look at the following articles and win every animal-related quiz:

If you want to read similar articles to The 10 Most Venomous Animals in the World, we recommend you visit our Facts about the animal kingdom category.

We understand why you might ask this question. There are many TV shows and articles pitting one animal against another, but the truth is nature is not always so easy to quantify. It depends on different factors of measurement to understand what is the most ‘venomous’.

One way scientists have tried to get around this is to create the median lethal dose (LD) system. This is the amount of venom it takes to kill half the population of a certain species. For laboratory purposes, this is usually tested on mice. Perhaps the most venomous scorpion species is the deathstalker. This has a low LD, but it does not inject very much venom and is not known to kill many people. Most people who die from deathstalker venom are already in some way compromised health wise (such as those who are already sick or very young/old).

The most venomous snake in the world is arguably the inland taipan. This snake not only has a very low LD, but it can inject a large amount of venom. One bite of this snake's venom is able to kill 100 fully grown men. Fortunately, an anti-venom exists and most people who have been bitten since it was created have managed to survive. However, without treatment, death is likely. Even with treatment, the after effects it has on your vital organs can lessen your life expectancy.

We can't say that snakes are more venomous using all parameters. However, we will say we'd fancy our chances better with a deathstalker than an inland taipan.
Lia Eckler
01/05/2020
I literally ave no idea and I'm studying in college to become a biologist. I'm only 18 tho...
Tanumoy Das
19/02/2021
I want to add a few points apart from what the administrator said here.
Remember that snakes and scorpions are not poisonous at all. These are venomous animals. Scorpions and snakes also fall in this category. The main difference between the poison and venom is that venom has to be injected by some means to start its reaction while poison starts its reaction by means of touching, inhalation or by swallowing. e.g. golden dart frogs are poisonous in nature. Theoretically, you can drink venom without any harm.
The 10 Most Venomous Animals in the World 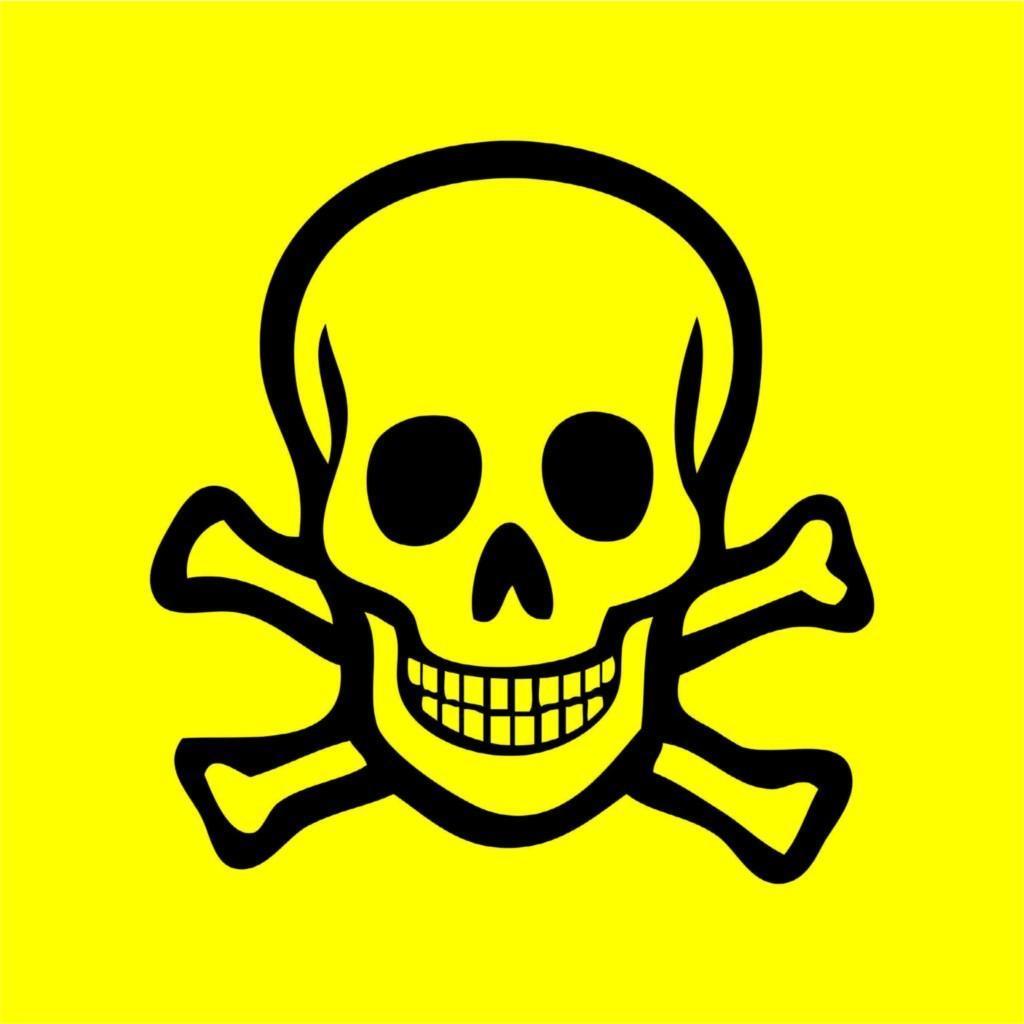 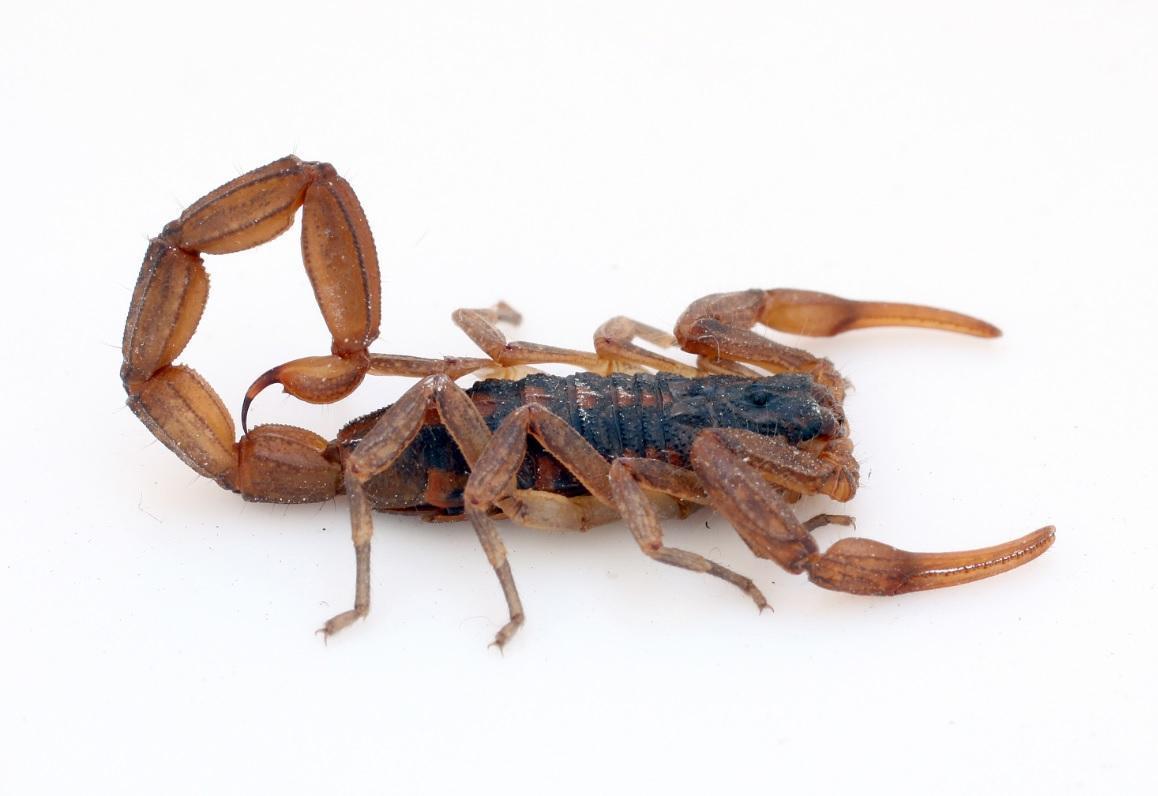 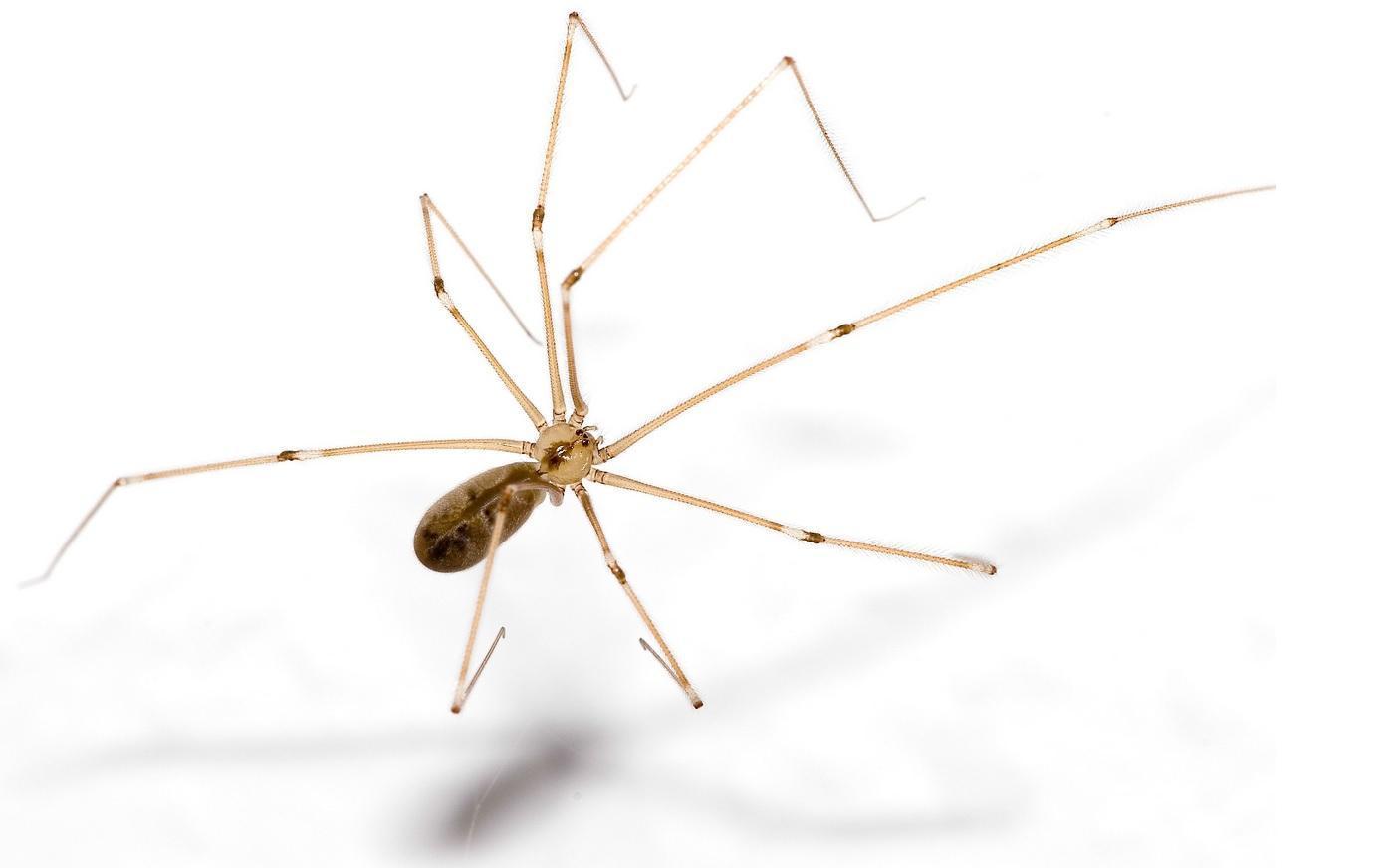 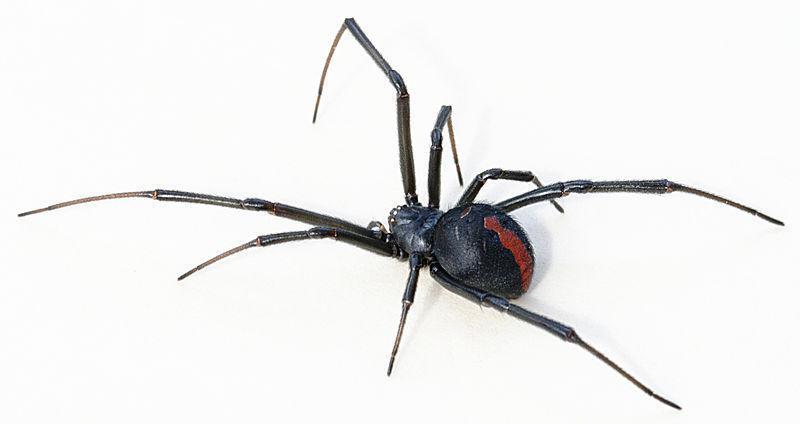 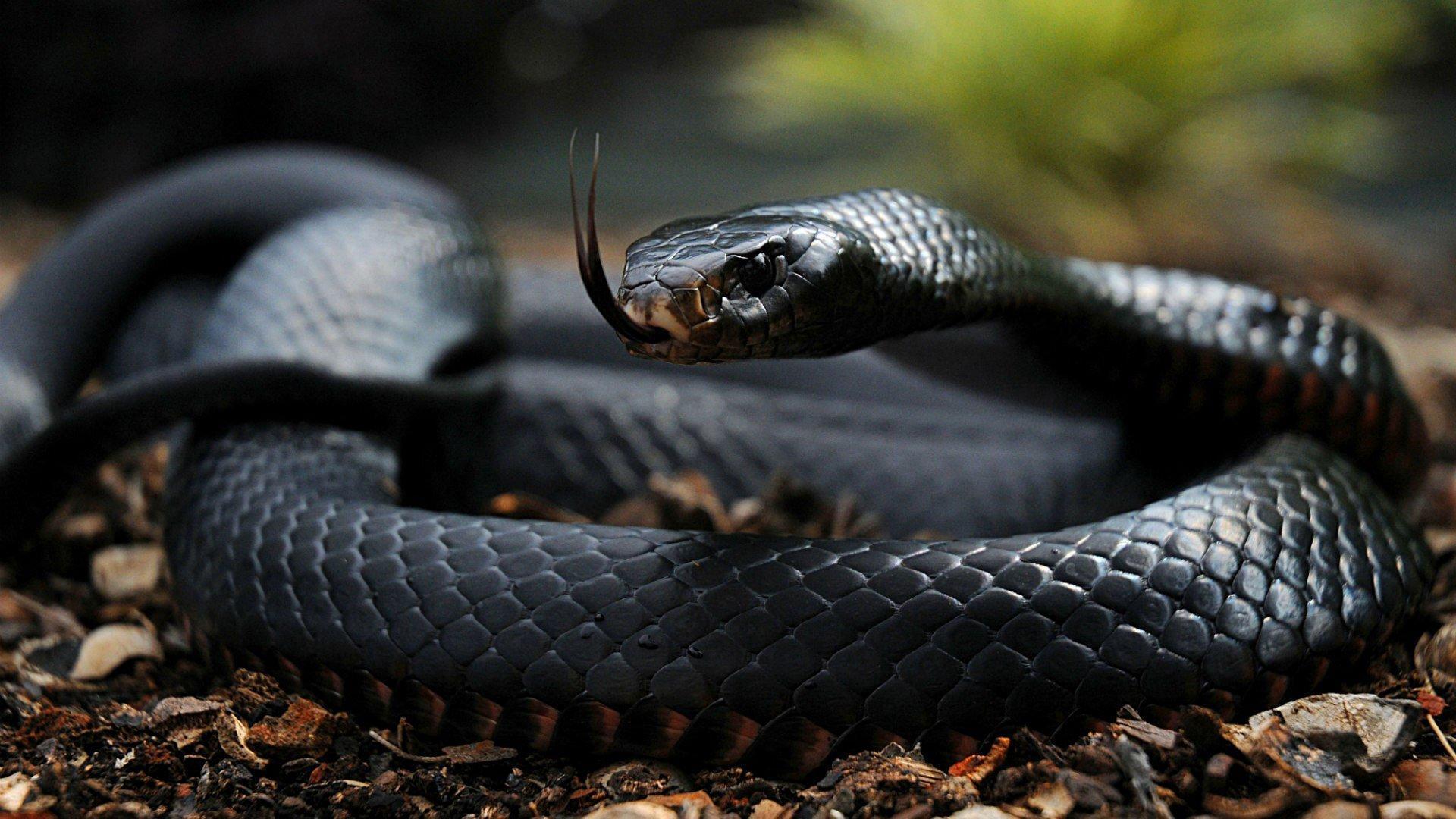 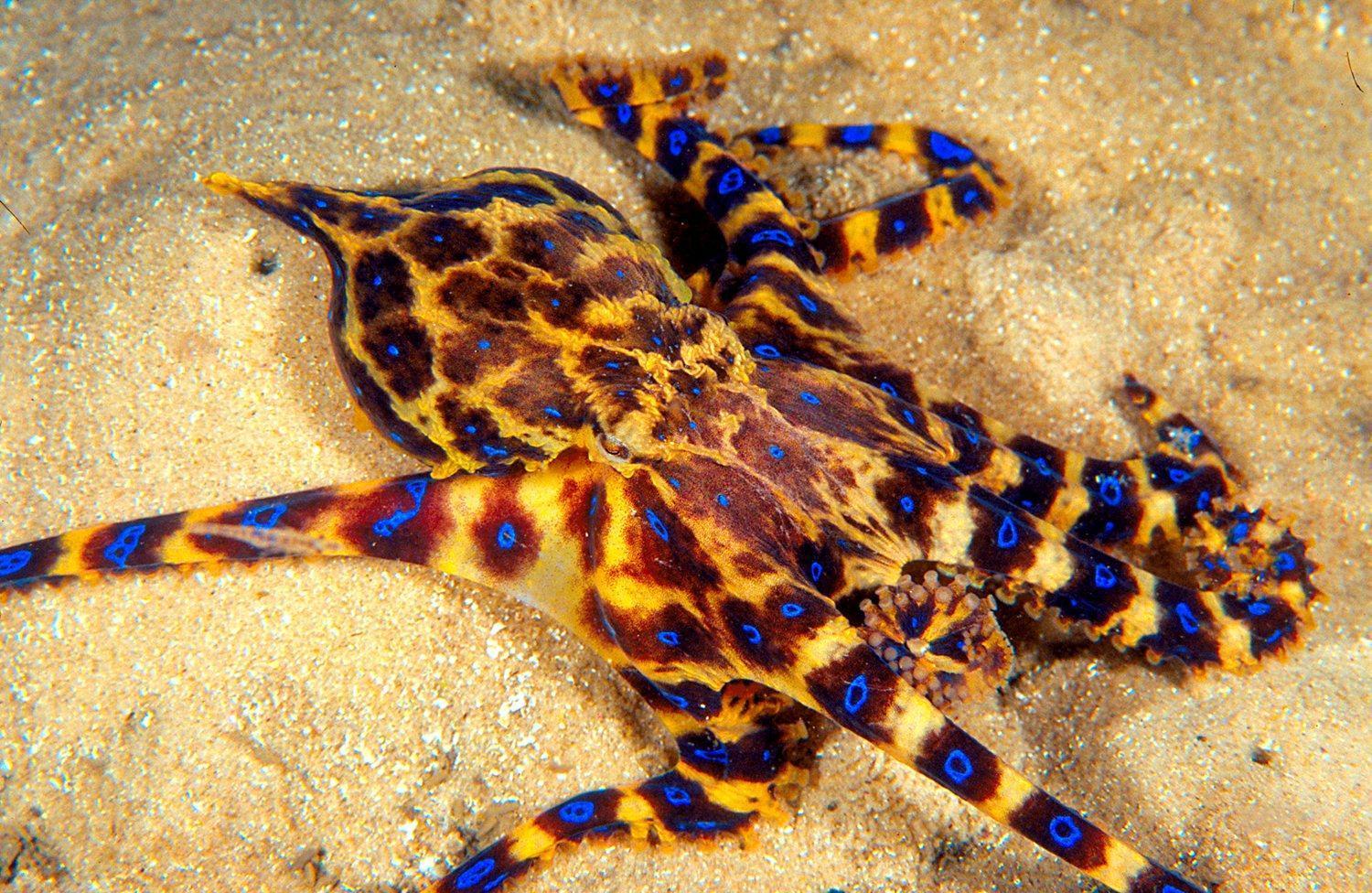 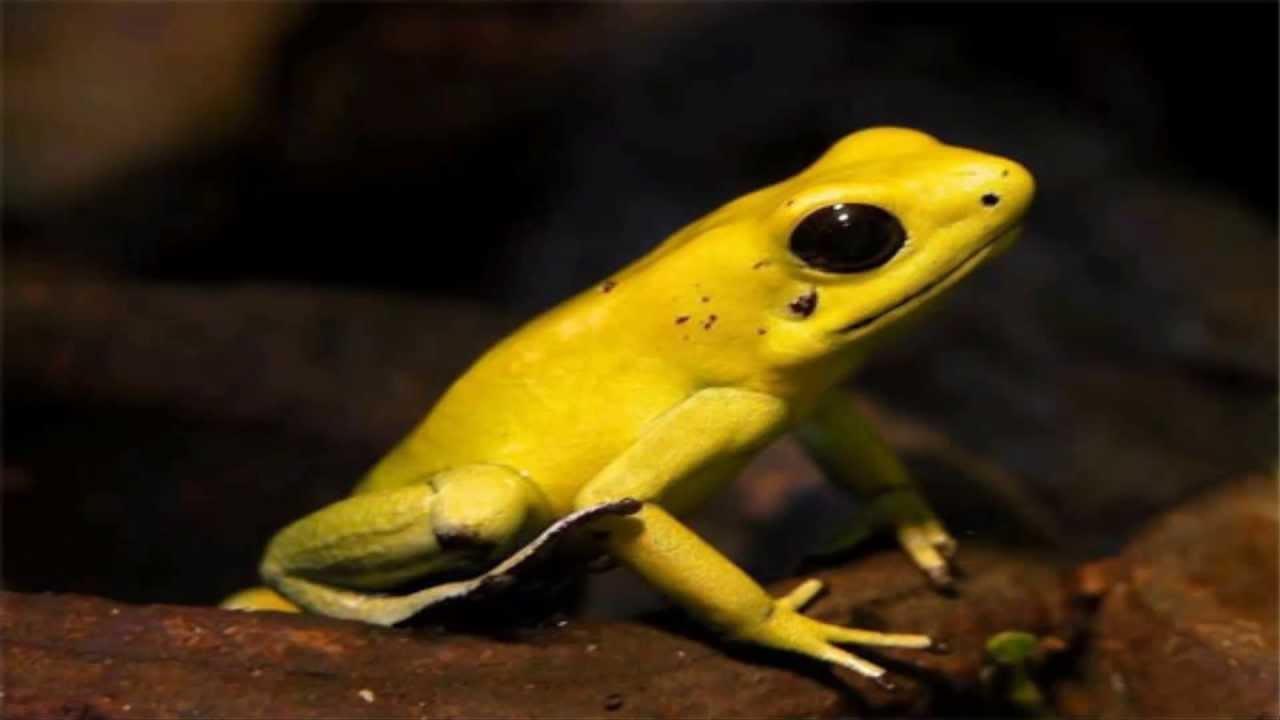 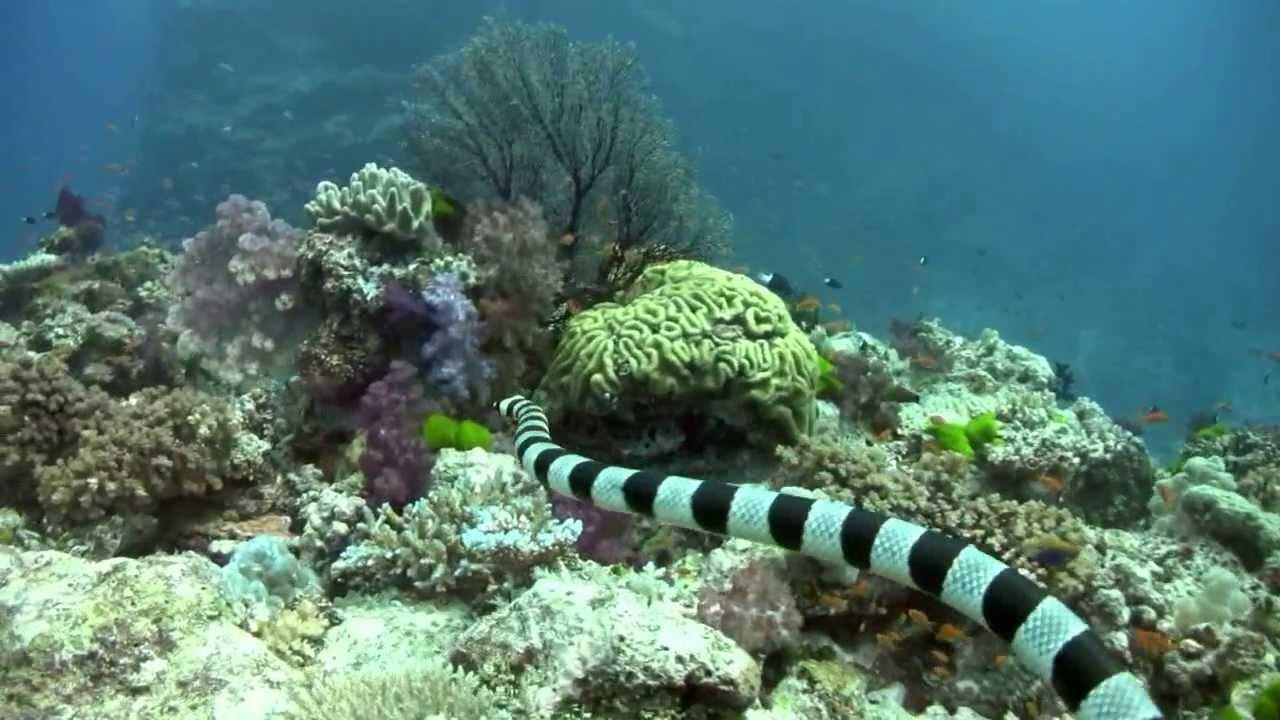 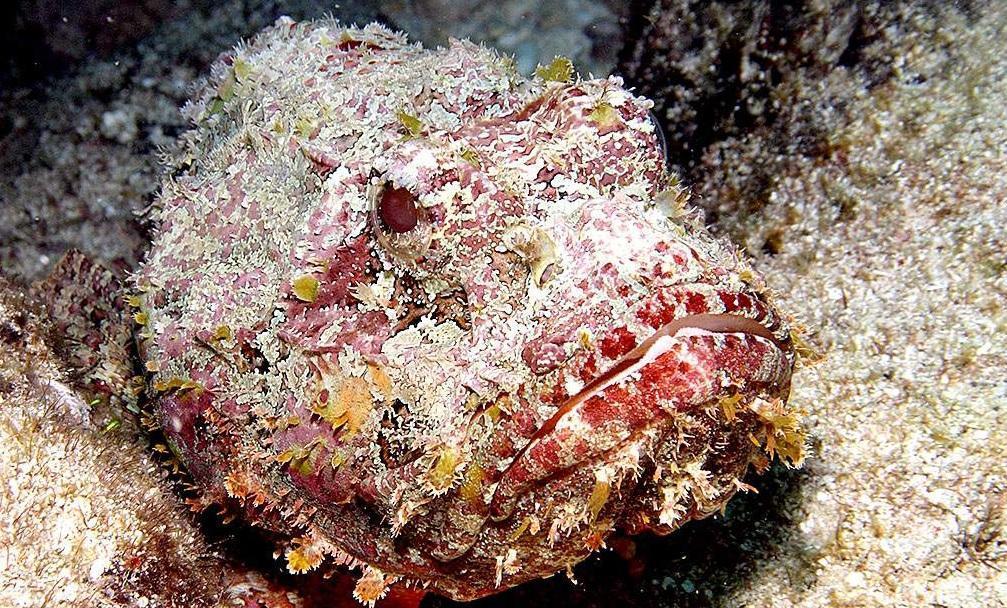 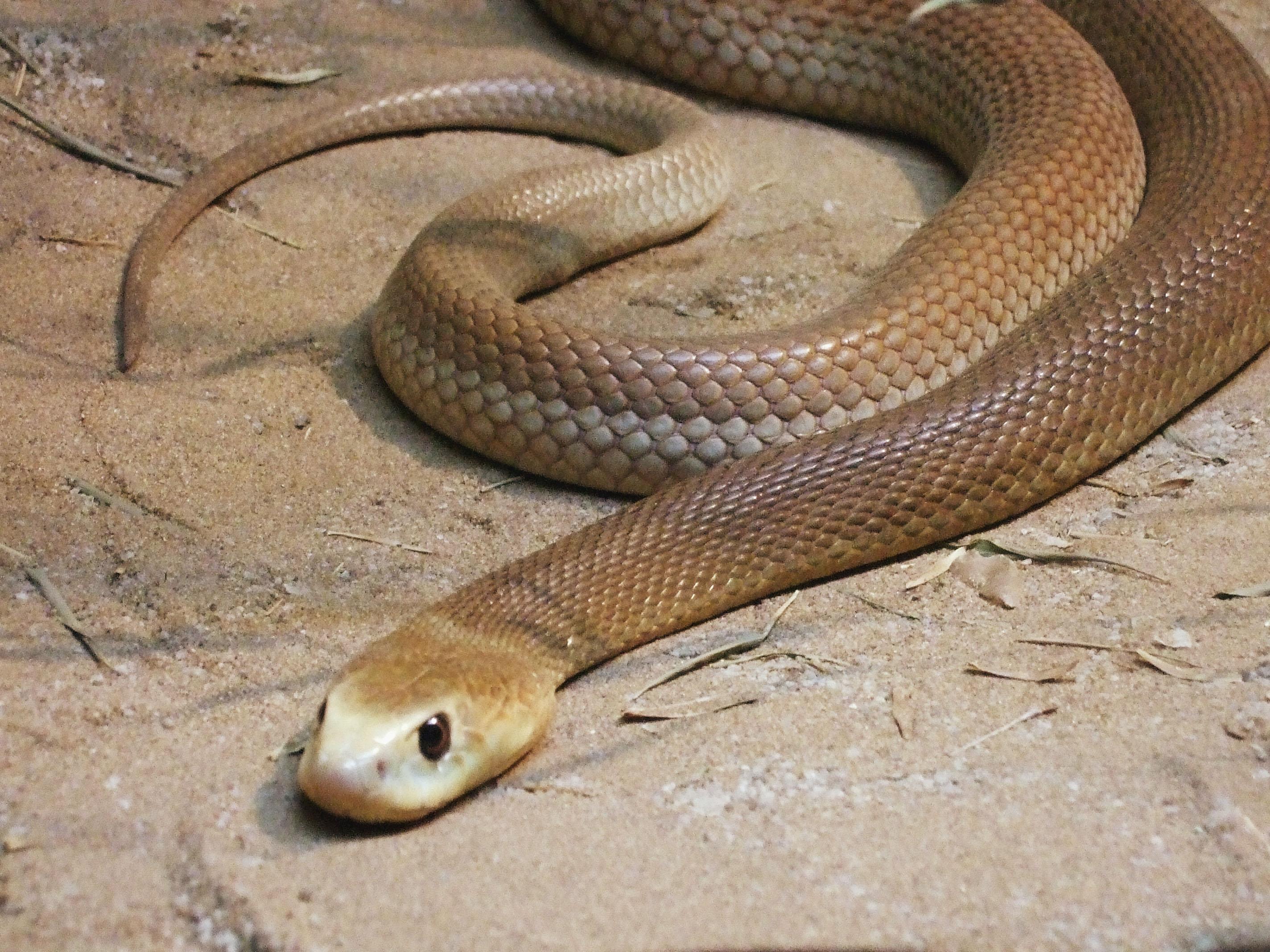 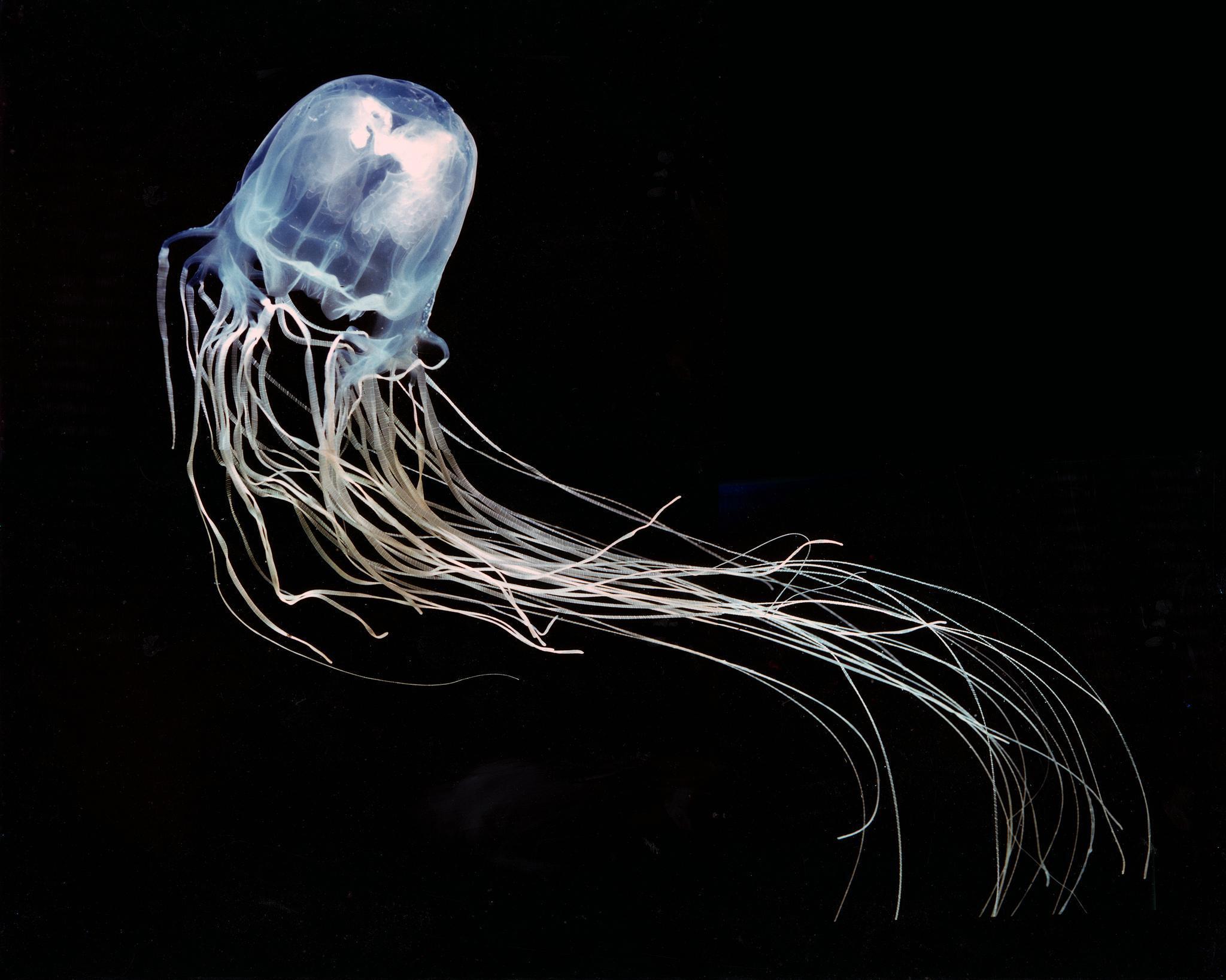