The 10 Most Solitary Animals in the World

Just like people, some animals are gregarious and enjoy being in groups, herds or in pairs throughout their lives, while others prefer solitude, tranquility and being on their own. This does not mean that these solitary species are lonely, sad, melancholy or depressed; they are self-reliant, and that's just how they can survive.

Keep reading this AnimalWised article to discover the 10 most solitary animals in the world. If you're introverted, perhaps you can relate to some of them!

You may also be interested in: The 10 Most Venomous Animals in the World
Contents

All bears, from the polar bear to the grizzly, like to live alone. It is in the nature of bears to be solitary animals, and most bear species are like this. Bears prefer the company of a tree or, in the case of polar bears, a nice patch of ice, rather than the company of another fluffy bear.

However, this does not mean that bears spend all their lives alone. They meet other bears in order to breed, and mothers spend quite a lot of time with their young. As a general rule, however, bears are the most solitary carnivores in the world.

For more facts about bears here is an article on how polar bears survive the cold of the Arctic and another on the most dangerous animals in India, which includes the Asian black bear of the Himalayas.

Rhinos are not known for their tolerance towards other animals. Their patience is limited and they have a somewhat surly character which makes them rather unsocial.

While female white rhinos don't mind spending time together, bulls and black rhinoceros in general prefer to stay alone. However, all the energy saved by being loners is spent when the time comes to mate. Males rhinos gather together only to court a female during breeding season.

While they can be considered one of the most solitary animals in the world, it is true that black rhinoceros can spend time and bond with others. They get along better if they are of different ages, as they don't see each other as a threat. Besides, the black rhinoceros is not particularly territorial.

Platypuses are solitary animals for most of their lives, although on occasion they can be seen in pairs. Mothers stay with their young for some months. If you're interested in learning more about these strange reclusive animals, here is an article on 10 facts about the platypus.

There are different species of skunks, and they are all mostly solitary. This is understandable; when they feel threatened, nervous or attacked, skunks release a very strong odor that repels any creature with in a few meters. For the sake of other animals, even from the same family, skunks prefer to go through life as free, independent individuals.

However, in colder climates skunks may share dens, especially among females. Male skunks mate with more than one female, but they don't live together after that. When they have descendants, female skunks stay with their kits for a year and are very protective of them.

Leopards are the most eligible bachelors in the jungle, forest and savanna. Known for their beauty and elegance, these big cats are solitary creatures. They only meet with other members of their species when they are mating or while raising their young. Learn more in our article about leopards!

The rest of the time, both male and female leopards enjoy their quiet ‘single’ status without owing anything to anyone. After all, unlike many other big cats, leopards don't need a pack to hunt successfully. This is one of the many reasons, for example, why snow leopards are endangered.

Another of the most reclusive and solitary animals in the world are moles, an unusual group of underground dwellers. Moles dig networks of tunnels to make their homes in the ground, and they don't like sharing the space that has taken such an effort to make.

Moles spend most of the time playing alone in their tunnels where there is never room for more than one mole. In fact, they are rarely seen above the surface. They avoid meeting other moles, and when their territories overlap they may end up fighting.

Koalas are naturally solitary animals, and they appreciate tranquility. Above all, koalas love having their me-time in which to rest and enjoy the quiet. They will always choose to approach and hug a tree instead of another koala.

Although gentle, individual koalas have well-established territories, and these areas are usually highly respected. When they are young, koalas can be seen mounted on their mother's back. However, they are soon off to fend for themselves, and live the life of solitary freedom. Read more in our article about where koalas live.

Female koalas usually stay in one territories, while male koalas - except for some dominant, larger males - are travellers. If they cross paths, male koalas may get into fights, chasing and biting each other.

Sloths are incredibly slow and solitary animals. They only gather in groups when they are going to mate. Sloths prefer swinging and hanging from a branch alone, perhaps meditating on the meaning of life and the universe happy in their own company.

Sloths, of course, are also known for being extremely slow. Some of the others on this list of the 10 slowest animals in the world will come as a complete surprise!

Wolverines are very strange and solitary mammals. They are a look like a cross between bear and a dog, but are actually mustelids, part of the weasel family. They not only prefer to live alone, but actively chase away any creature that come near them. Individual wolverines are known to occupy large territories and defend them tooth and nail, gaining a place among the most aggressive animals in the world.

It is no wonder that wolverines have chosen the vast, wild forests of Canada and Alaska as their home. This gives them plenty of space in which to roam alone with fewer chances of coming across unwanted company. We could almost give them the top spot among these 10 most solitary animals in the world!

The spotfin lionfish has no choice but to be a loner marine animal. These fish are as beautiful and fascinating as they are venomous, and we suspect they evolved that characteristic in order to be left alone. On top of that these lionfish never go out during the day, preferring to stay hidden.

The dorsal fins of the lionfish are loaded with a powerful venom, and they are willing to attack when in the presence of a predator or other invasive lionfish that may wander into their territory.

Do you want to find out more about poisonous animals? Check out our article on the 10 most venomous animals in the world and find out all you need to know.

Want to discover more about the animal kingdom? Take a look at the following animal trivia:

If you want to read similar articles to The 10 Most Solitary Animals in the World, we recommend you visit our Facts about the animal kingdom category.

Videos related to The 10 Most Solitary Animals in the World

7 comments
Rating:
James
15/02/2021
Just to clarify you have used a photo of a greater one horned rhino for the black rhino!

Thank you for pointing out our error, we have amended the article to show the correct picture.
Rating:
Alex
20/05/2020
Just wanted to make one thing clear. Red pandas (though the name suggests it would be of the panda kind) is actually not a panda, but a form of the raccoon family. Raccoons are sollitary aswell, atleast most are, so it does not do any harm when you think the red panda is also a bear, but I thought it was a fun fact :)

Thanks for pointing this out, we clarified the article just in case. Even more interesting is that the red panda was considered a bear species at one point before being put in their own taxonomic order. Unfortunately, due to extinction, they are the only ones left in this group :(
Kelly Evil
06/05/2019
I can personally identity with all of these animals. I was never a social butterfly, more of anti social sloth lol.

You make a great point as many lizard species appear quite solitary, spending long periods of time basking or seemingly doing nothing at all. However, especially during breeding season or when young, these animals can be quite social. They do exhibit play behavior and have a social order when developing. You can say something similar for bears, but the difference is that bears will actively remain on their own, whereas iguanas will happily interact when they want to. The same goes for many lizards, although it will depend on the species. Thanks for the input!
Rating:
jack
22/11/2018
which animal lives the longest
Fern
06/10/2021
I believe the Turritopsis Dohrnii (a type of jellyfish) lives the longest
Michael
29/05/2018
Wolverines are part of mustelidae, neither bear nor dog.

Thank you for your comment. The text meant to imply their resemblance to bears and dogs in appearance, some think much more so than their resemblance to other Mustelids. We have updated the article to make it more clear.
Jamila
10/04/2018
wow 😀. Thanks a lot Josie I loved it

Administrador AnimalWised
11/04/2018
Thanks Jamila!
The 10 Most Solitary Animals in the World 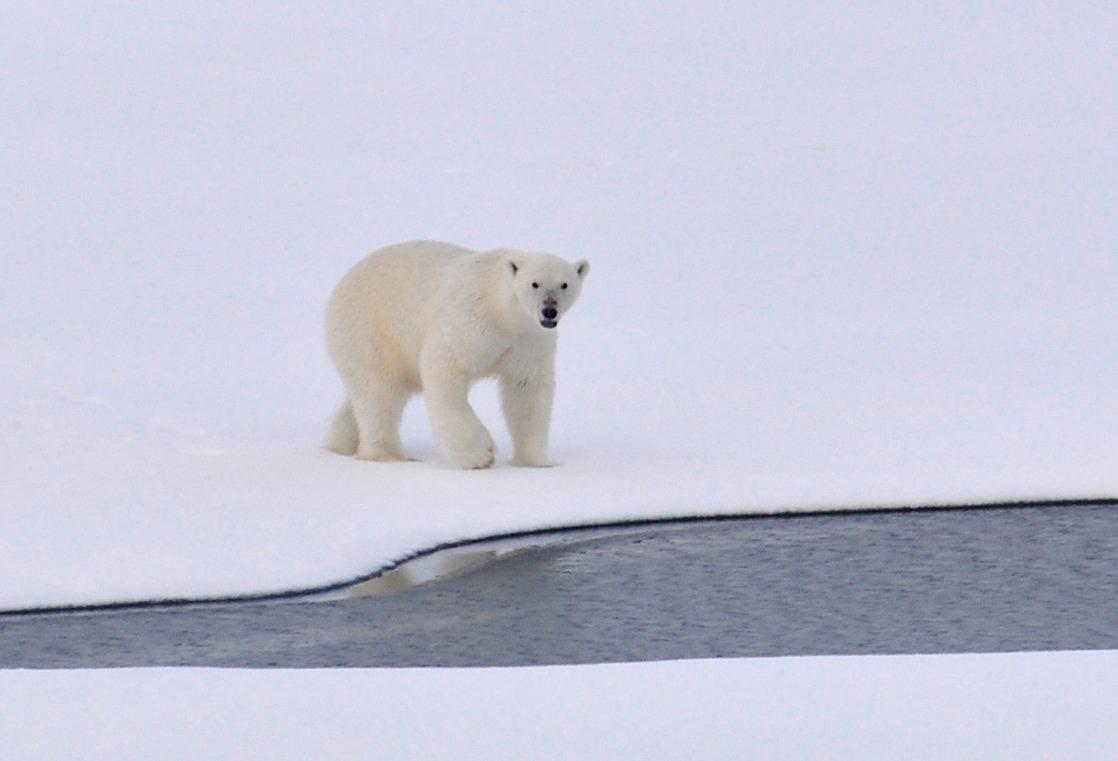 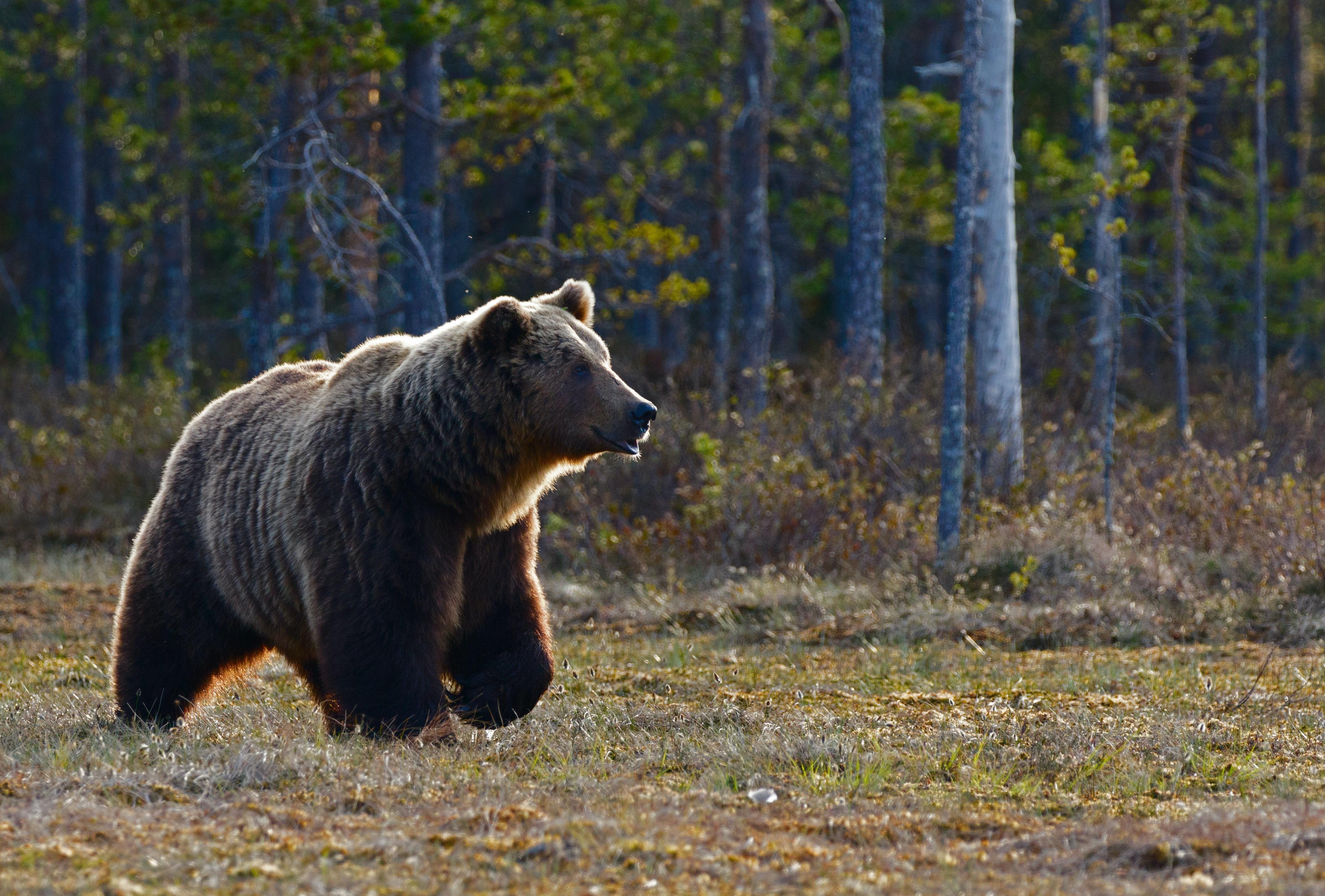 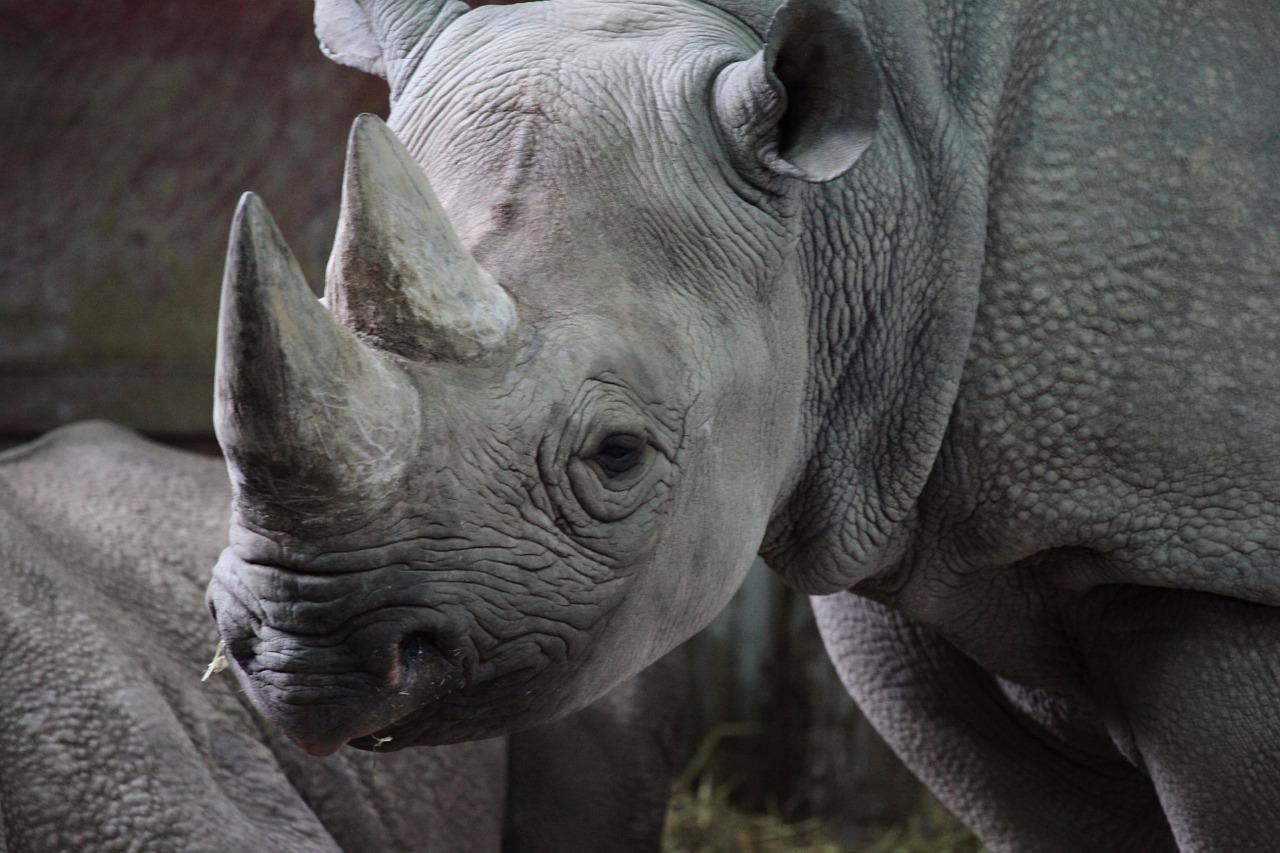 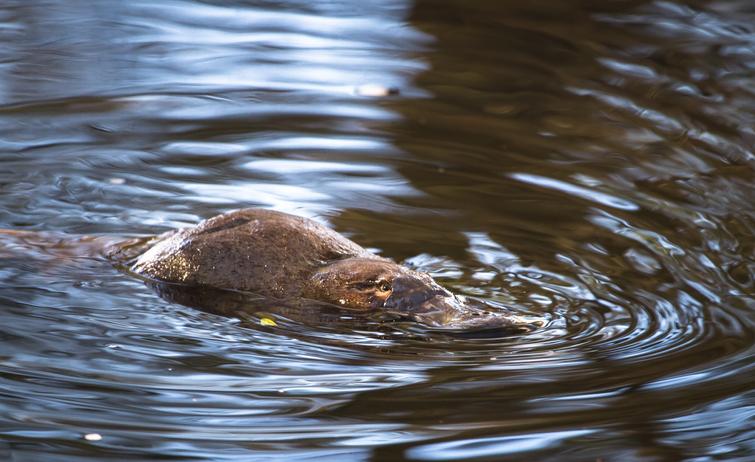 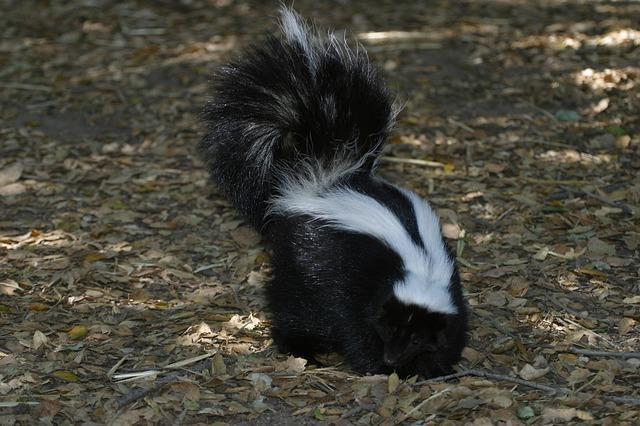 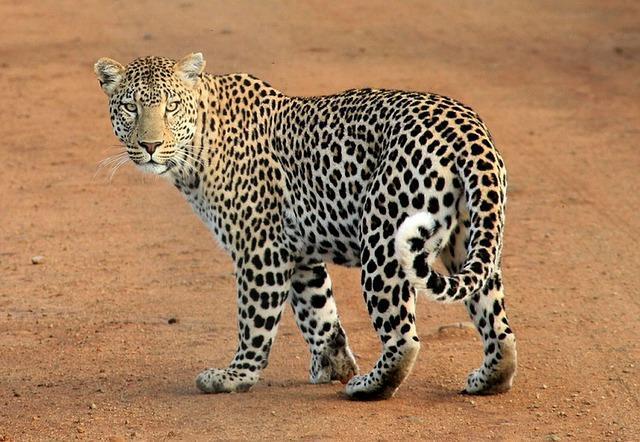 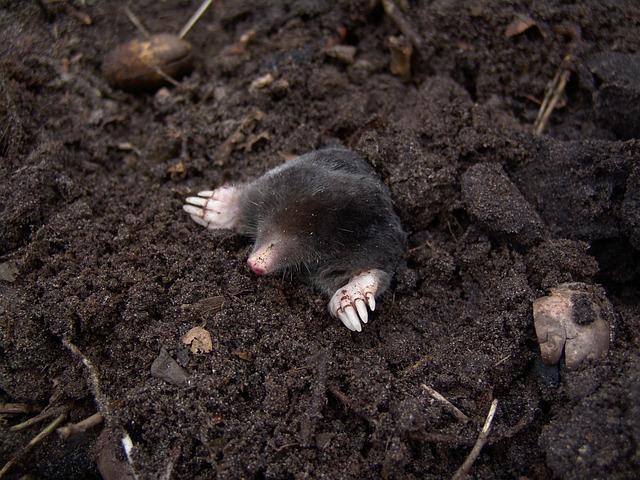 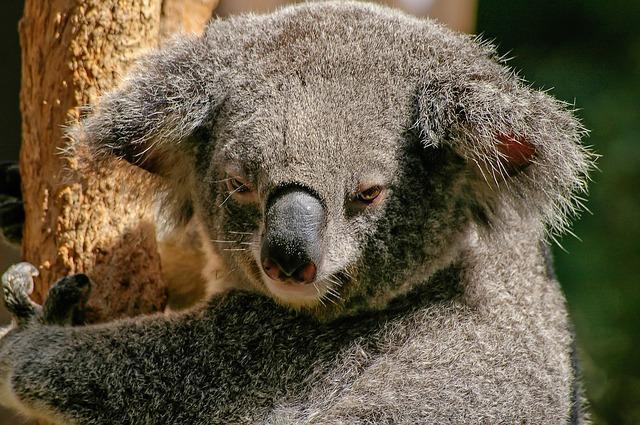 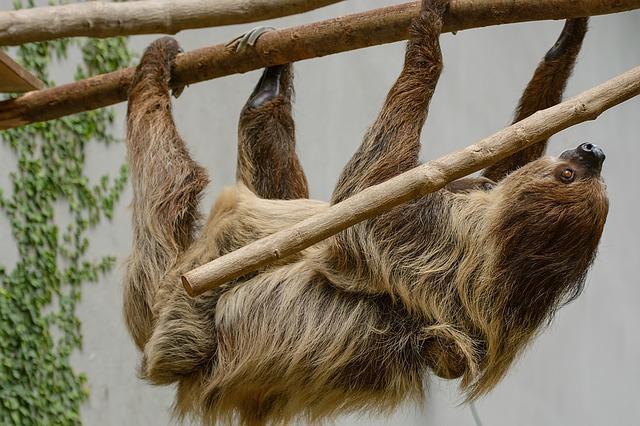 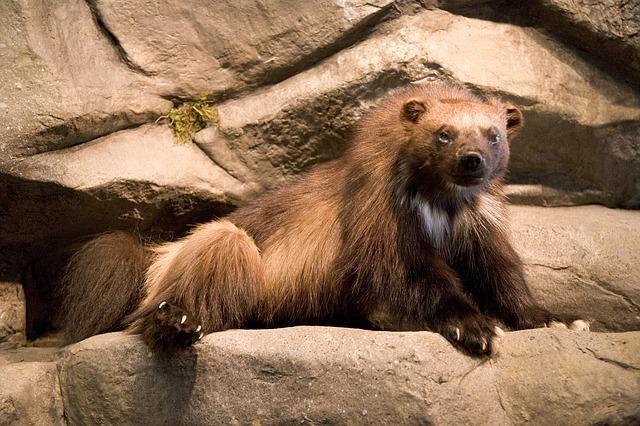 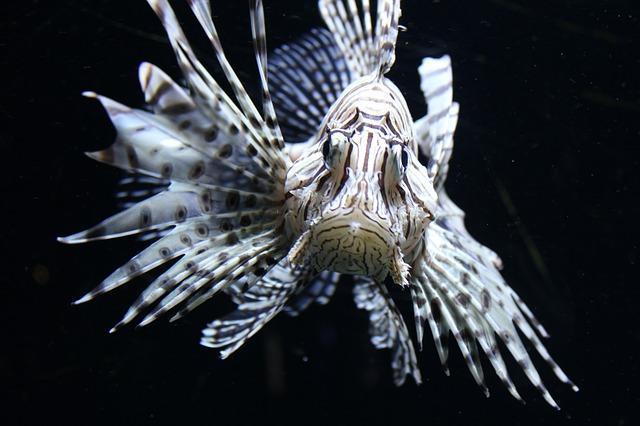