The 10 Most Dangerous Animals in Asia

Big cats such as the Bengal tiger and the Asiatic lion roam the jungles and scrublands, and even more dangerous are the vast variety of venomous snakes which can kill with a single sting. Today at AnimalWised we'll share a countdown of the 10 most dangerous animals in Asia.

You may also be interested in: The 10 Most Dangerous Animals in California
Contents

Known scientifically as Varanus komodoensis, the Komodo dragon is the largest lizard across the globe. Some of the biggest Komodo dragons measure over 3 m (10 ft) in length and weigh around 350 pounds, but they usually range between 1.5 to 2.6 m (5 to 8.5 ft) and weigh 150 to 250 pounds. Komodo dragons travel at a speed of 25 km (13 mi) per hour.

Residing in the wet Indonesian archipelago, Komodo dragons are a protected species, because they are classified as vulnerable. But when it comes to meeting a Komodo dragon, humans need protection too; this is a deadly creature with powerful claws, a strong jaw, sharp teeth and armored scales.

A Komodo dragon's diet ranges from large prey like the water buffalo to snakes, birds, smaller mammals and carrion. While Komodo dragons don't really attack humans quite simply because they don't come in contact with them, their mouths have a venom composed of toxic proteins - not bacteria, as we used to believe. One bite from a Komodo dragon can lead to serious infection and even lead to the possibility of amputating the infected area.

Known scientifically as Androctonus, this genus of fatal scorpions resides in Middle Eastern and North African nations and India and is thus among the most dangerous animals in Asia.

Regardless of their petite build - around 10 cm (4 in) - fattail scorpions pack a powerful punch when it comes to a sting. They are called killer scorpions because of their rapid-acting venom which damages the nervous system and causes respiratory paralysis. A fattail scorpion can kill in seconds; however, antivenom is available in the event of a sting.

Known by the scientific name Rhinoceros unicornis, Indian rhinos are among the most dangerous animals in Asia because they are known to inflict heavy damage. From their armor-plated exterior to their massive size - the Indian rhino is the fifth largest land animal around the world - these dangerous and temperamental animals are best given a wide berth.

A large Indian rhino can weigh as much as 4 tons and measure about 2 m (6 ft 7) tall. Reaching speeds of 60 km (37 mi) per hour, the Indian rhino may have a poor eyesight, but it is bad tempered and likely to charge at the slightest provocation. The Indian rhino is the most likely to attack everything from trucks to tigers. However, it is sadly endangered on account of its horn being used in traditional Chinese medicine.

The Deadly Sharks of Asia

Different dangerous shark species, including the great white shark, the bull shark, and the tiger shark, can be found in the waters surrounding Asian countries.

The bull shark, known scientifically as Carcharhinus leucas, is perhaps the deadliest of them all. It is in the coastal areas that bull sharks are most active, as they prefer living in shallow waters. The majority of shark attacks have been in China, where over a period of four hundred years there have been around over 50 deaths. Iran is considered the most common target in the Middle Eastern region, with a widespread incidence of bull sharks.

The Philippines are undoubtedly the shark capital of Asia with tiger sharks, bull sharks, mako sharks and great white sharks being found there. The largest number of prey is courtesy of the the oceanic whitetip shark, or Carcharhinus longimanus.

A surprising member of the list of the 10 most dangerous animals in Asia is none other than the supposedly placid Asian elephant. Scientifically known as Elephas maximus, this massive creature stands at 3 m (10 ft) tall and weighs an astounding 4 tons on average.

The Asian elephant is the second largest animal on planet Earth after the African elephant - here you can learn the differences between them - and though peaceful when left alone, these gentle giants can become brutes when they experience seasonal changes in hormone levels. In such instances, male elephants have 60 times their normal levels of male hormone testosterone linked to aggression! Female elephants can be equally deadly when protecting their young. Rogue elephants are equally dangerous, so you should read our article on escaping from an elephant attack.

Asia is home to many types of crocodile, from the gharial to the saltwater crocodile. The mugger crocodile, known as Crocodylus palutris, is one of the deadliest predators in Asia.

Another dangerous species is the gharial or fish-eating crocodile, Gavialis gangeticus, which lives in the Indian subcontinent. The gharial is the longest crocodile, as it measures 3.5 to 6.2 m (11 to 20 ft) long. Traveling at speeds of 24 km (15 mi) per hour, the gharial feeds on fish, crustaceans and amphibians. If disturbed, though, it can attack humans as well. You can see a gharial in the picture below.

With a defensive armor coating and fast movements, the crocodiles of Asia have a recorded force of ten times when they bite as against the great white shark. Ambushing prey, they strike lightning fast. Here you can learn all about the dietary habits of the crocodile, including the old question of whether crocodiles eat humans or not.

The Asian Giant Hornet is also known by the moniker yak-killer hornet and by its scientific name Vespa mandarinia. These large wasps can measure around 5 cm (2 in) in length, plus a 6 mm (¼ inch) deadly stinger. Their wingspan is also surprisingly large, at around 7.5 cm (3 in) wide.

The Asian giant hornet's venom is a potent cocktail of neurotoxic and cytotoxic substances, and it causes tissue damage and unbearable pain. Another component of this wasp's venom is mandaratoxin, which can be lethal when coming in contact with your body if you're stung by more than one Asian giant hornet.

Here you can learn more about the differences between wasps, hornets and bees and discover the 10 most venomous animals in the world.

The sloth or labiated bear is anything but lazy; in fact, it is one of the most dangerous animals in Asia. Known by its scientific name, Melursus ursinus, this resident of India weighs anywhere between 55 to 200 kg (120 to 425 lb), reaches a body length of 1.9 m (6.2 ft) and travels at speeds of 40 km (25 mi) per hour.

Termites, fruits, plants, and honey form the staple diet of the sloth bear; they are omnivorous animals. Even if they don't hunt mammals, they will attack humans that disturb their natural habitat, causing 5 to 10 deaths a year. An undeniable threatening animal, the sloth bear is known for its large size and powerful claws shaped like sickles - it is definitely a force to be reckoned with.

Scientifically referred to as Panthera tigris tigris, the Bengal tiger has been a target of hunters and villagers alike, because it has a distinctive skin and its body parts are used for indigenous medicine systems. However, those are not the only reasons why Bengal tigers are endangered. Out of all the types of tigers around the world, the Bengal subspecies is the largest group.

The Bengal tiger is the top predator in the food chain, with the ability to suffocate even a ton-heavy buffalo. In fact, some Bengal tigers have been man-eaters. Located in East and Southern Asia, the Bengal tiger can reach 3.2 m (10 ft 6 in) long and weigh more than 230 kg (500 lb). Bengal tigers can run at speeds of 65 km (40 mi) per hour.

Here you can learn more about the endangered animals of the mangrove forests.

An equally dangerous animal is the Asiatic lion, or Panthera leo persica. Located in India and Pakistan, the Asiatic lion is smaller than the more famous African lion, as it reaches a size of 2.9 m (9 ft 6 in) long and weighs between 110 to 190 kg (240 to 420 lb), going up to 1.1 m (3 ft 7 in) tall. The Asiatic lion can also be recognized by its shorter mane.

Even if it is smaller, the Asiatic lion can travel at fast speeds, and it can be lethal to humans. They are opportunistic hunters and will hunt small mammals on occasion, but they prefer larger prey.

The king cobra, known scientifically as Ophiophagus hannah, is one of the most venomous snakes in Asia, and the longest venomous snake in the world. It causes thousands of deaths per year in India and Sri Lanka, which is why it's consider one of the "Big Four" snakes, which include the Russell's viper, the saw-scaled viper and the common krait.

The king cobra, the Egyptian cobra and the common cobra all have a deadly neurotoxic venom that can kill large animals. The krait is another dangerous type of snake, and it encounters humans when it searches for shelter; in the picture below you can see a banded krait. The biggest group of dangerous snakes in Asia are the pit vipers, the most notorious and lethal of which is the Russell's viper.

These are the 10 most dangerous animals in Asia. Have you ever encountered one? Tell us in the comments section!

If you want to read similar articles to The 10 Most Dangerous Animals in Asia, we recommend you visit our Facts about the animal kingdom category. 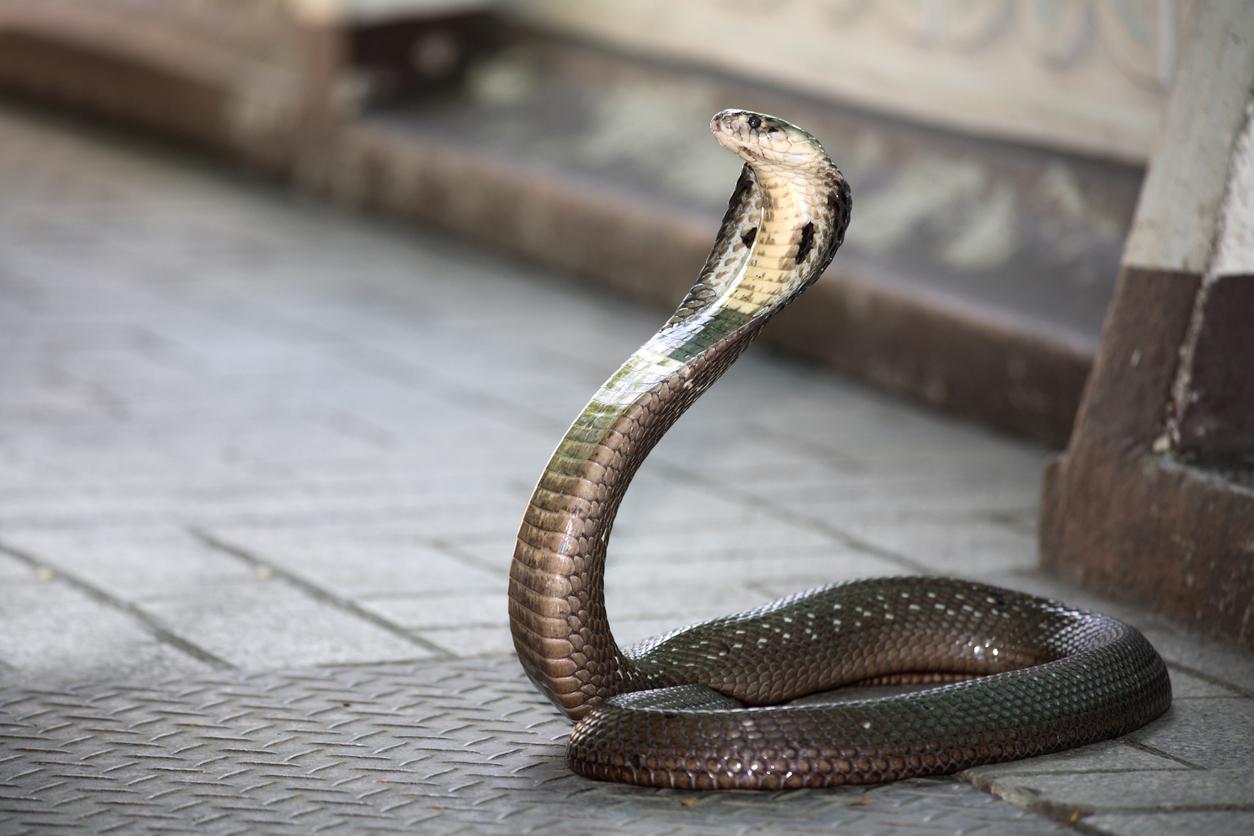 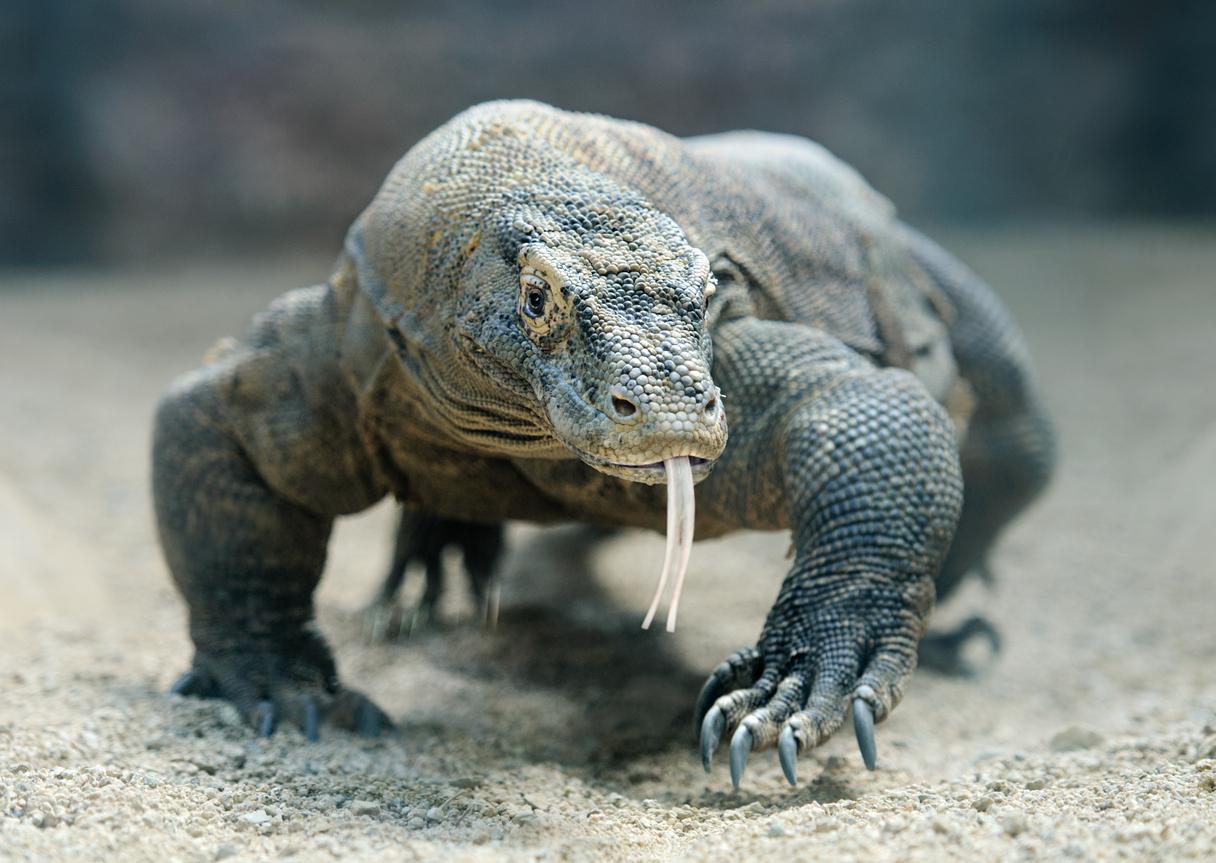 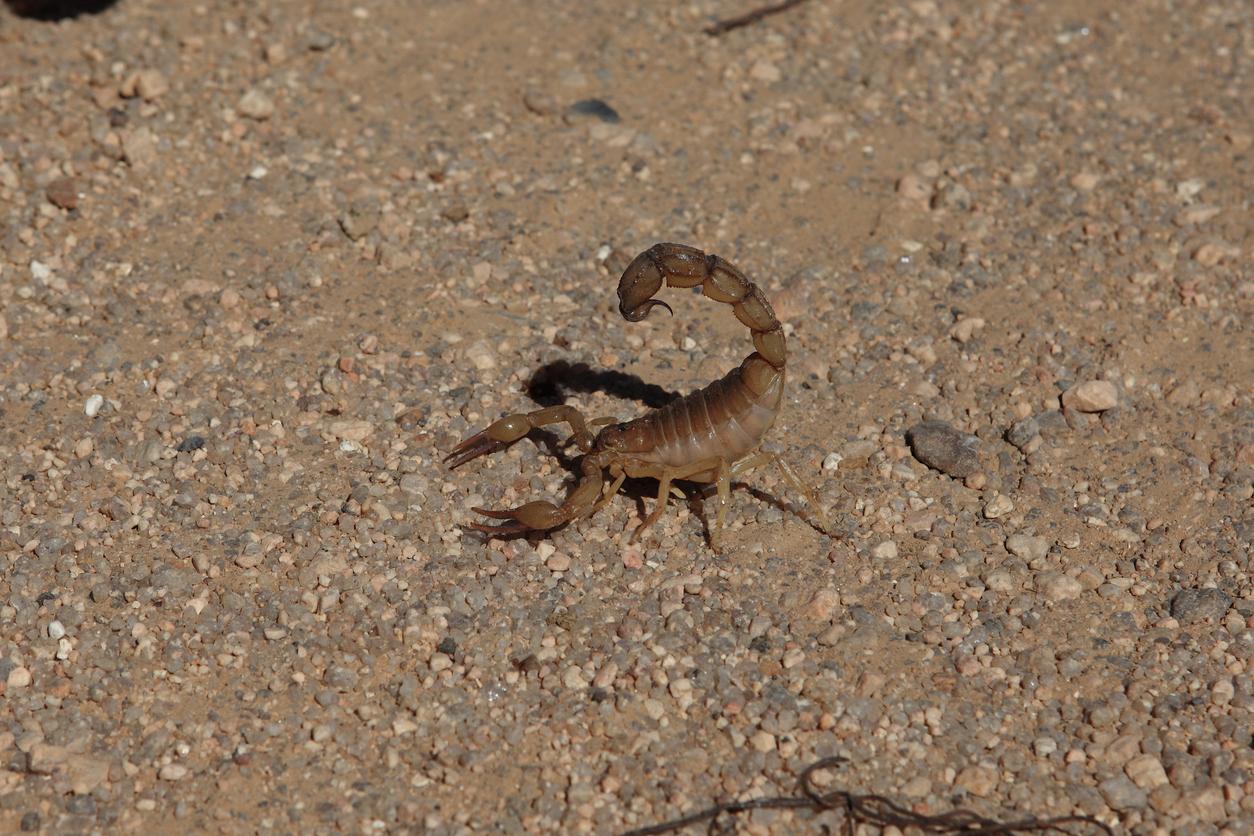 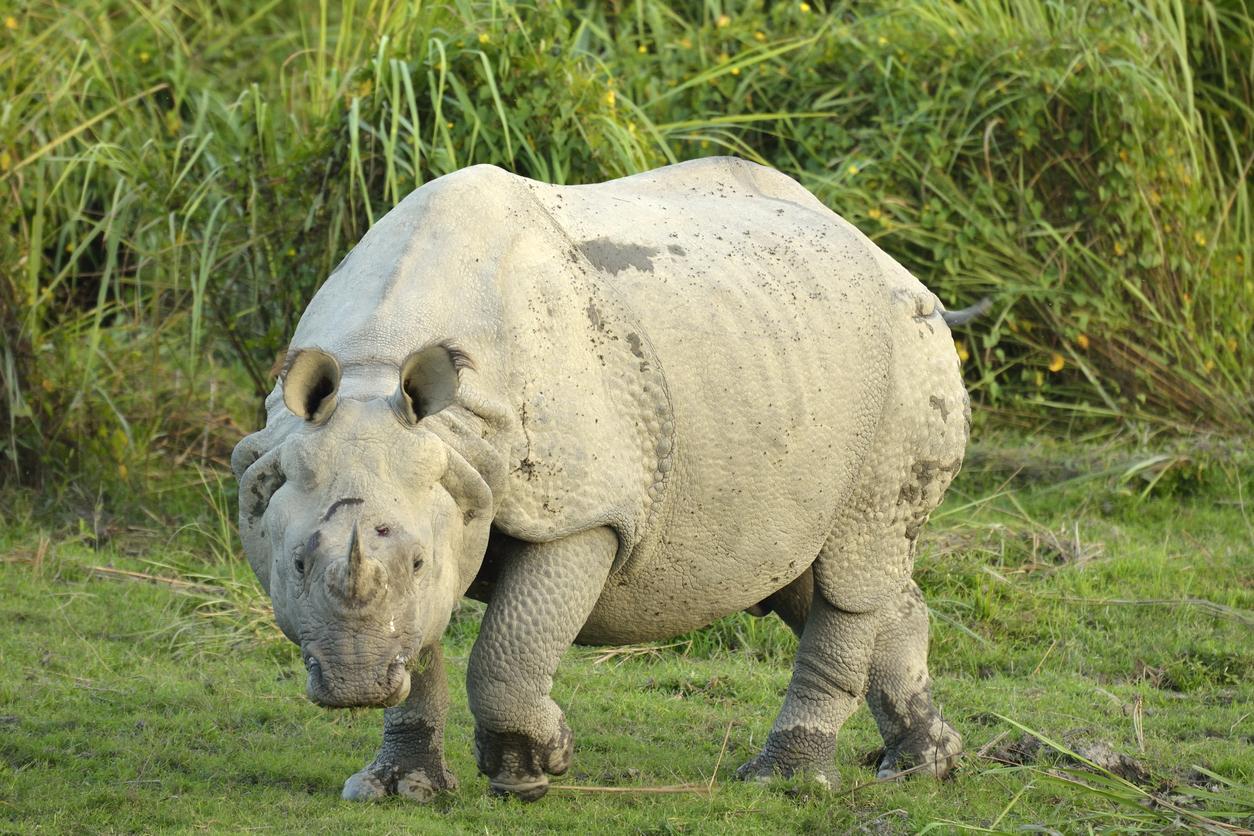 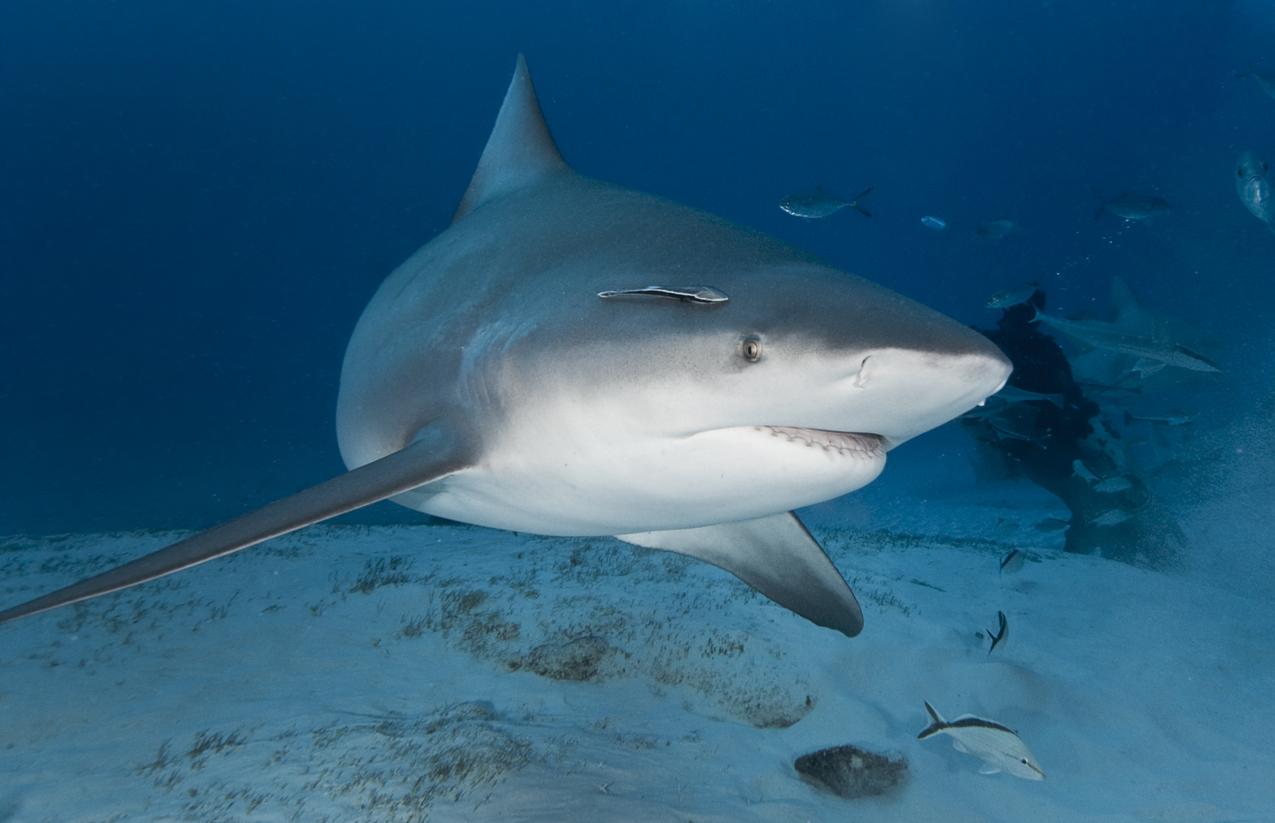 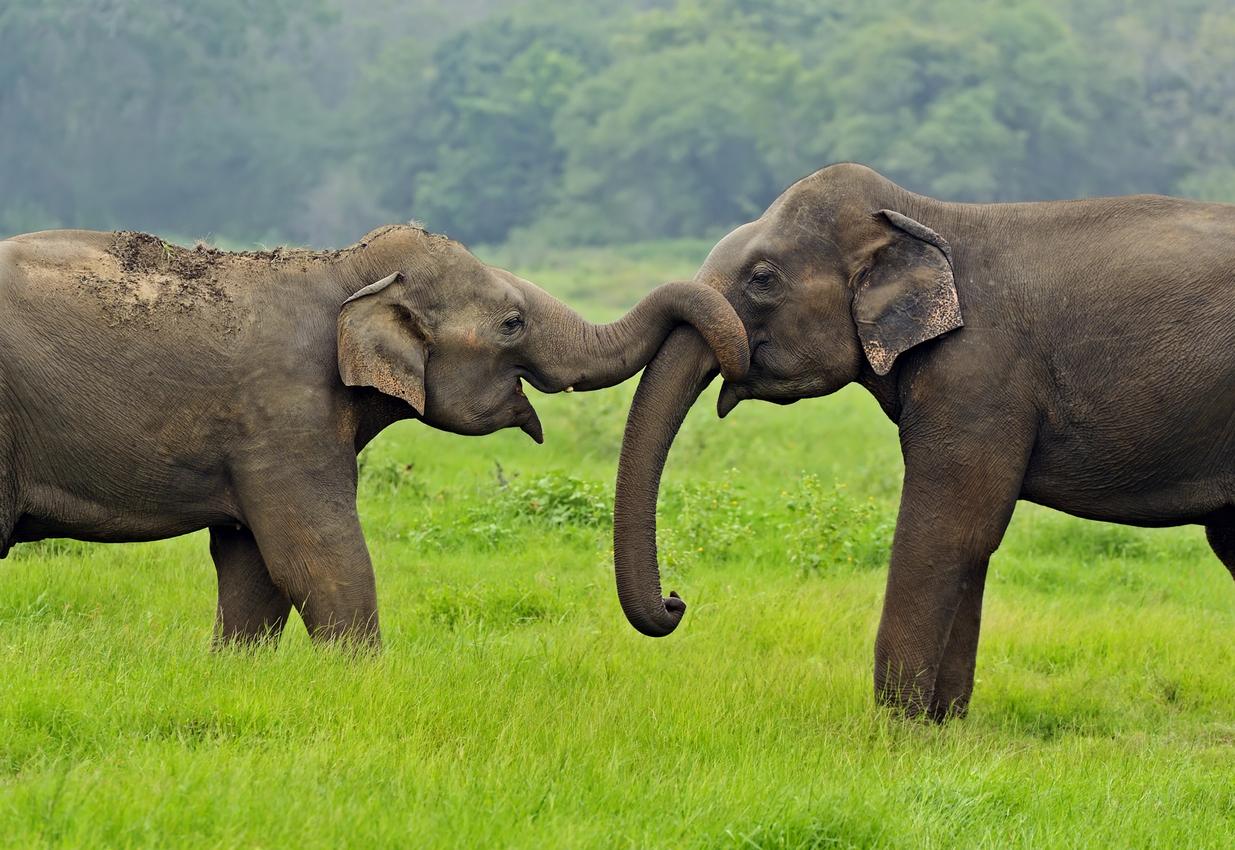 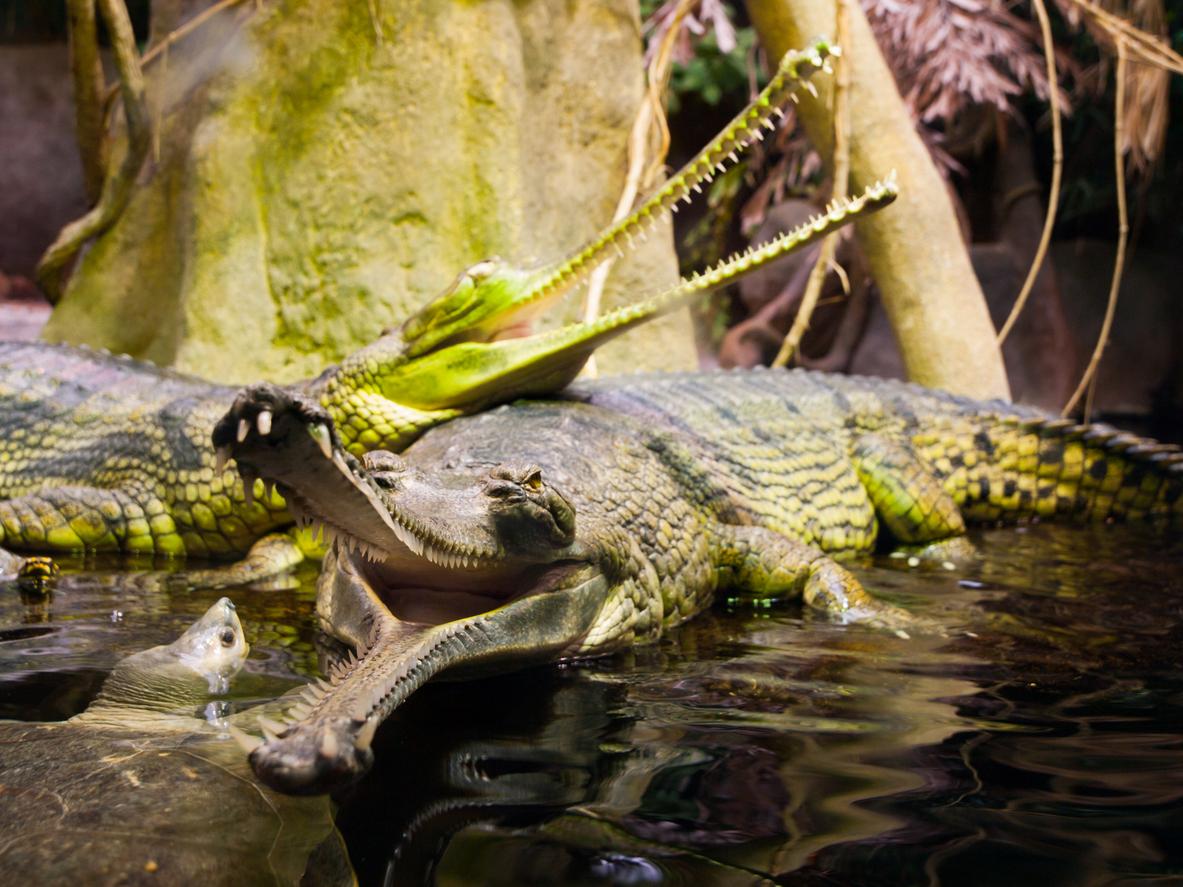 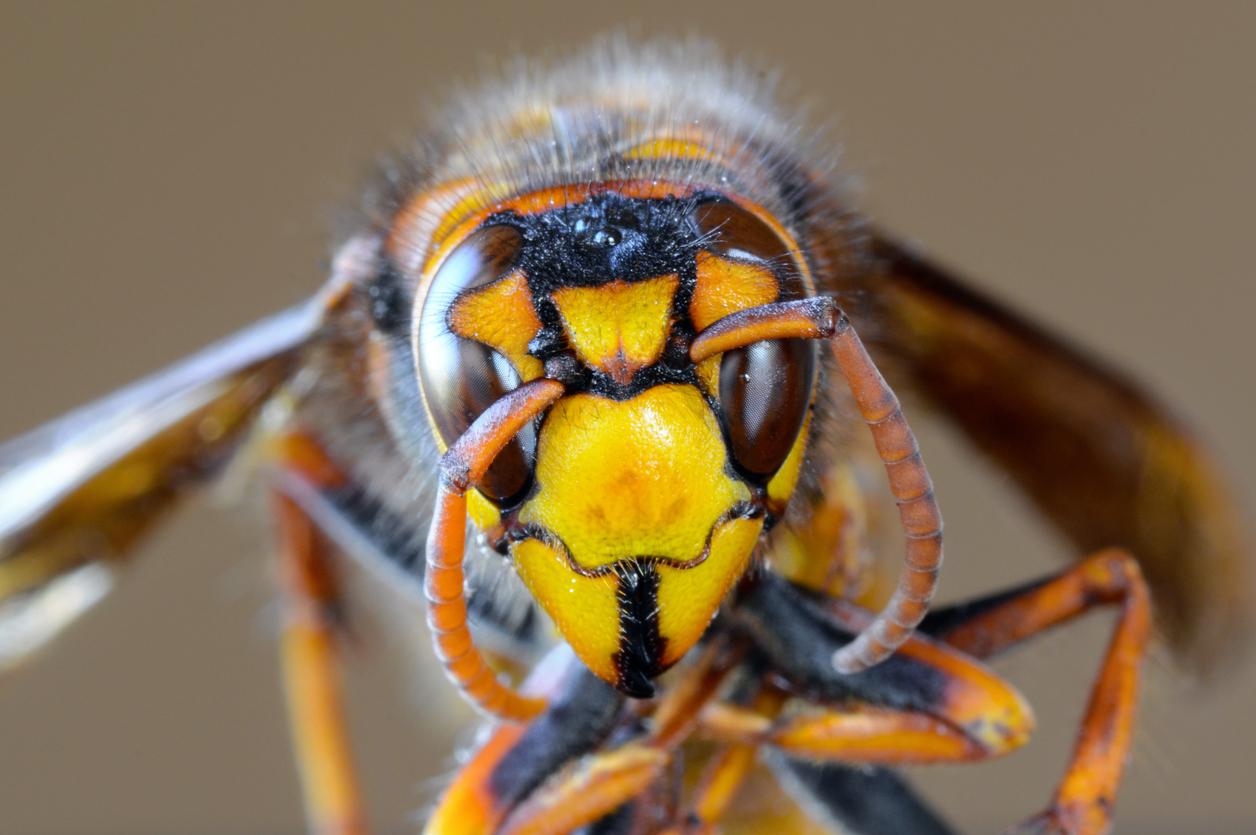 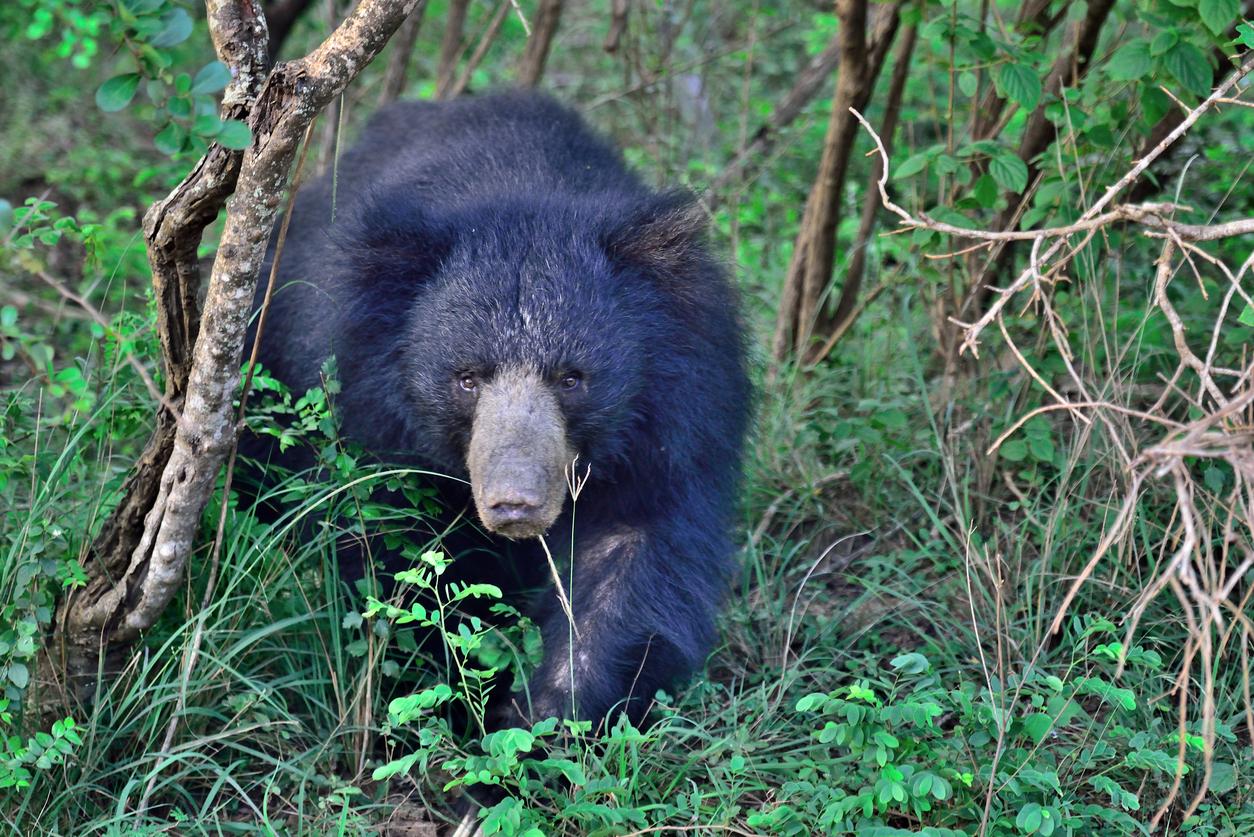 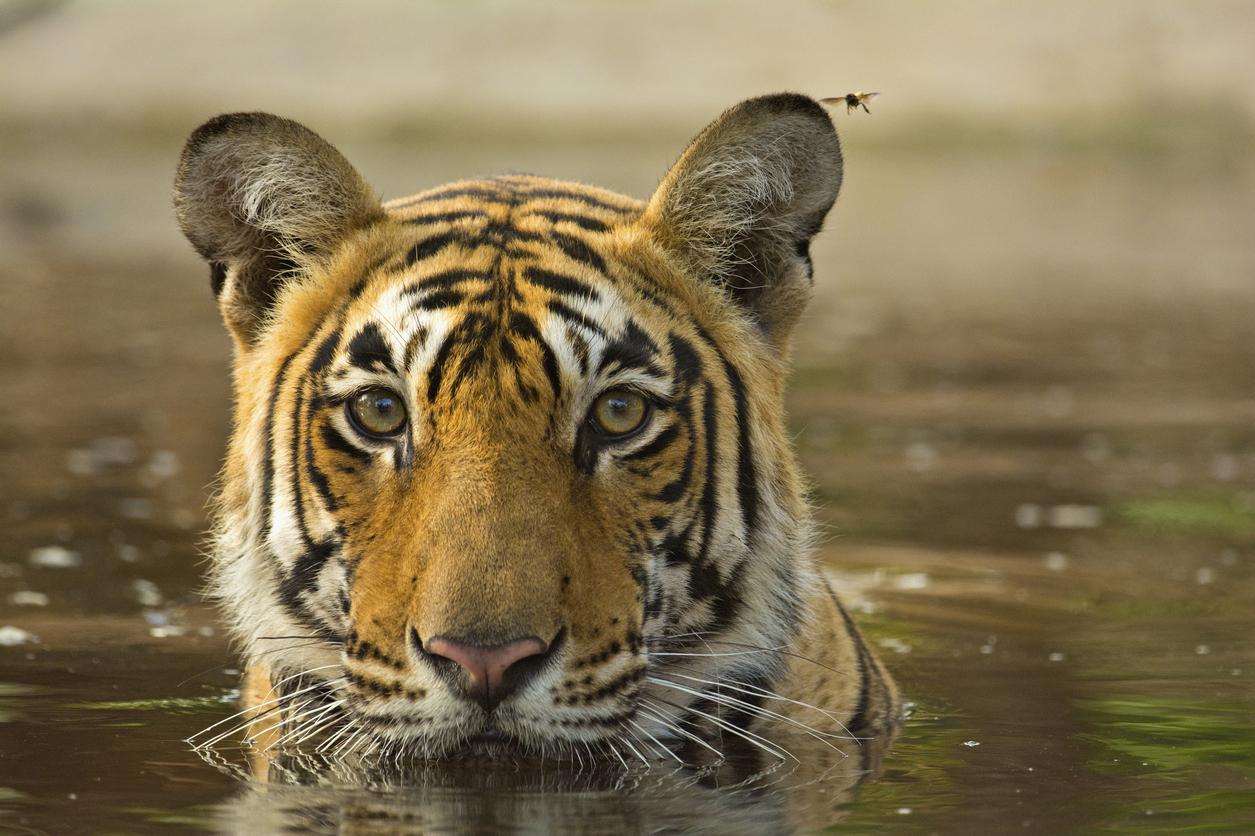 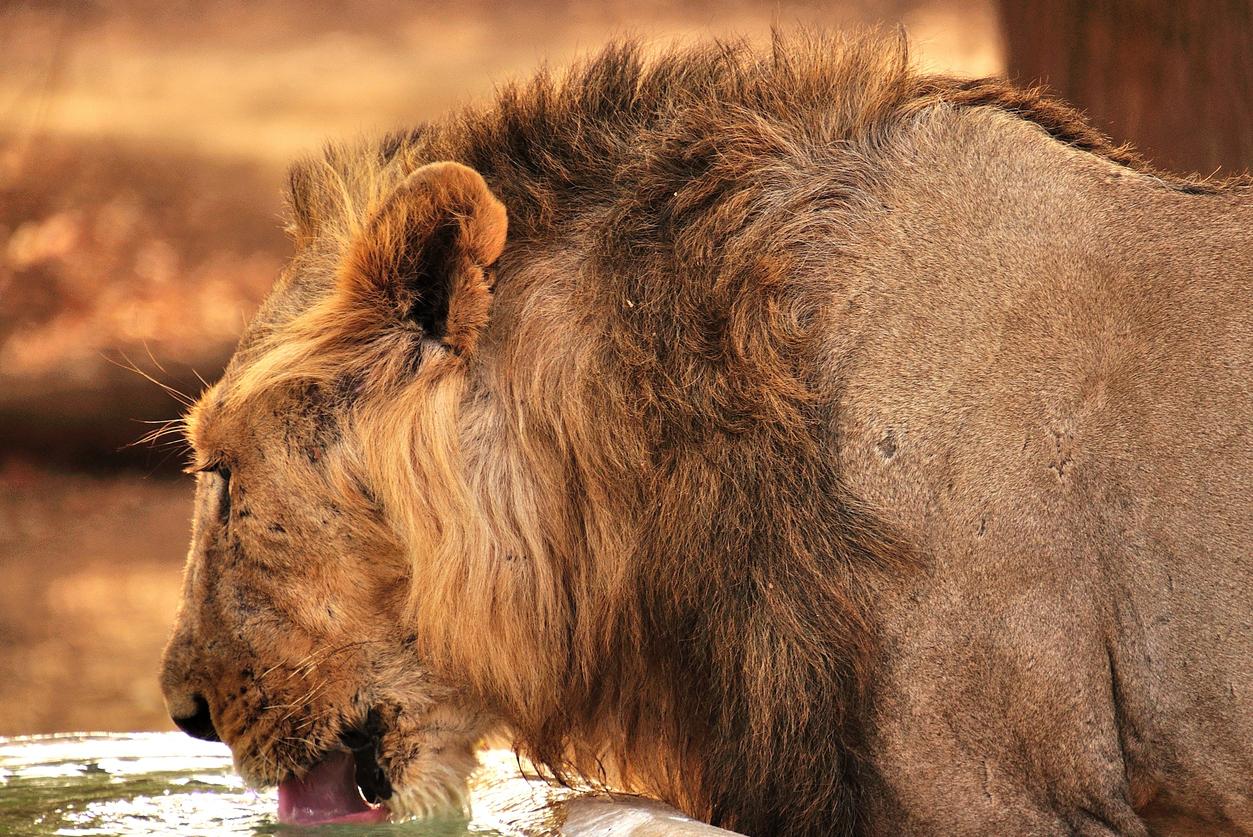 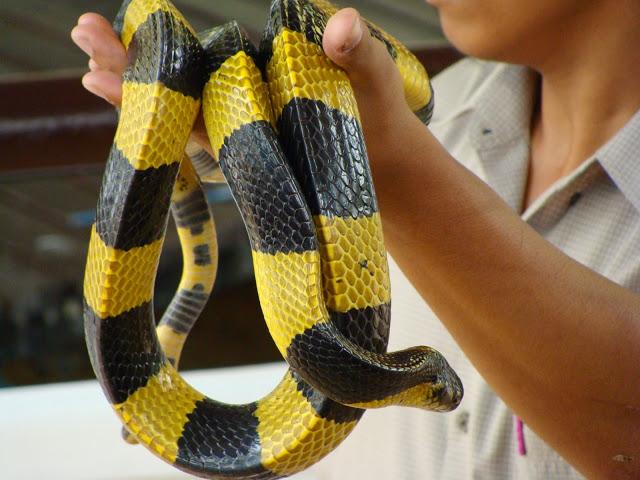