The 7 Rarest Marine Animals In The World

The sea, infinite and enigmatic, is full of mysteries. Most of these mysteries have not yet even been discovered. In the depths of the ocean, there is not only darkness and ancient hulled ships, there is also life. There are hundreds of creatures that live below the ocean's surface, some spectacular and colorful, others however, are endowed with strange characteristics and are physically particular.

These animals are so interesting that here at AnimalWised we wanted to talk about them. Continue reading to discover which are the rarest marine animals in the world.

The black swallower, also known as the Chiasmodon niger, is a fish that holds the extraordinary ability to completely engulf its prey. It lives in deep water and can swallow almost any creature measuring up to twice its size and ten times its mass. This is thanks to its stomach which has the ability to widen. Do not be fooled by its size, because although it is small, it is considered to be one of the most fearsome fish in the ocean.

Cymothoa exigua, also known as the "tongue-eating louse" is a very strange animal that lives inside the mouth of another fish. It is a parasitic louse that works hard to completely atrophy, disintegrate and destroy its host's tongue (by sucking its blood) and replaces the tongue, with itself. This is a very rare creature worthy of investigation.

The Astroscopus guttatus also known as the Northern Stargazer, could be easily confused with a sand sculpture. This creature buries itself in the sand while patiently waiting for the moment to ambush its prey. They like small fish, crabs and crustaceans. The Northern Stargazer has an organ in its head that releases an electrical charge, used to stun and confuse its prey, thereby helping it to defend itself from predators.

The spotted wobbegong is one of the rarest sharks (carpet shark) in the world. Physically, they are not as fearful as other sharks. However, despite its flattened body, this species of shark is just as good a predator and hunter as its other shark relatives. Their ability to blend in with their environment is a very beneficial characteristic which these sharks use to protect themselves.

The frilled shark is totally different from the carpet shark, but remains just as unique and strange. This extremely ancient specimen inhabits the depths of the Atlantic and Pacific Ocean. Although it falls under the shark family, they eat prey like that of snakes: they bend their body and lunge forward, proceeding to swallow their victim whole.

The Psychrolutes marcidus, commonly known as the blobfish, is strange looking fish. It lives in Australia and Tazmania's deep oceans surrounding, at depths of 1,200 meters. Pressure this deep in the ocean is more 120 times higher than that of the ocean's surface. As a result of this high pressure, the blobfish looks like a gelatinous mass and has very little muscle. When in its own habitat, this fish appears like any other. However, once brought to the surface, their body collapse due to the extreme change in pressure. At one stage, this fish was voted the world's ugliest fish.

The Dumbo Octopus is named after the famous animated elephant. They got this name because they carry big round ears which they use to swim. While not as scary as the other marine animals mentioned on our list, it is one of the rarest marine animals in the world. It is a small animal that measures up to 20 cm tall. This octopus belongs to a subgenus of octopuses that appreciate life at extreme ocean depths of 3,000 to 5,000 meters. They have been spotted in places, like: the Philippines, New Zealand and Australia.

If you want to read similar articles to The 7 Rarest Marine Animals In The World, we recommend you visit our Facts about the animal kingdom category. 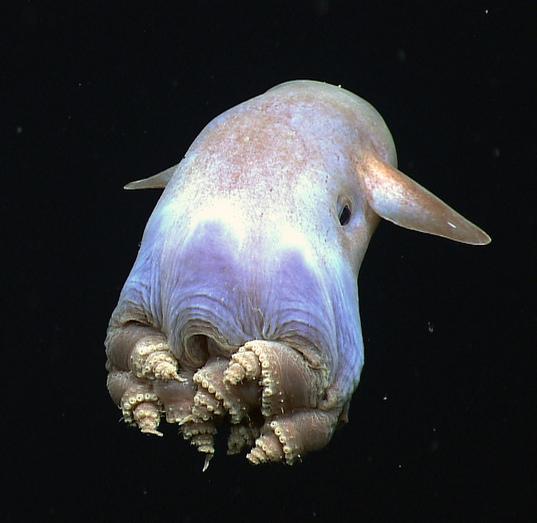 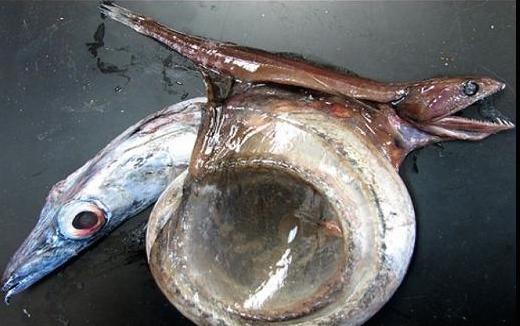 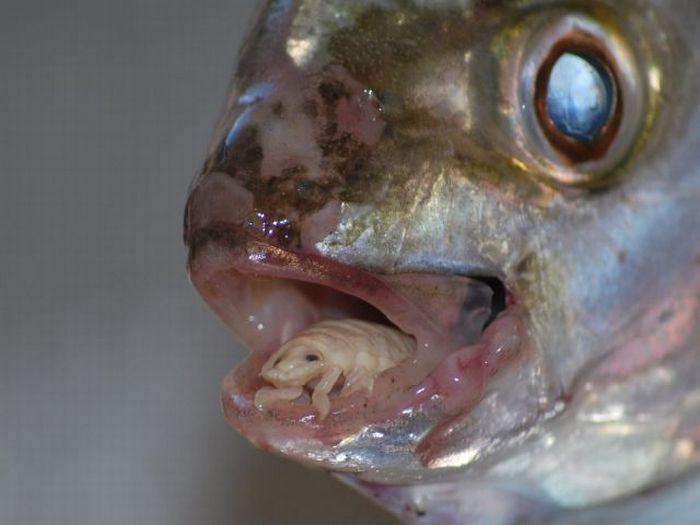 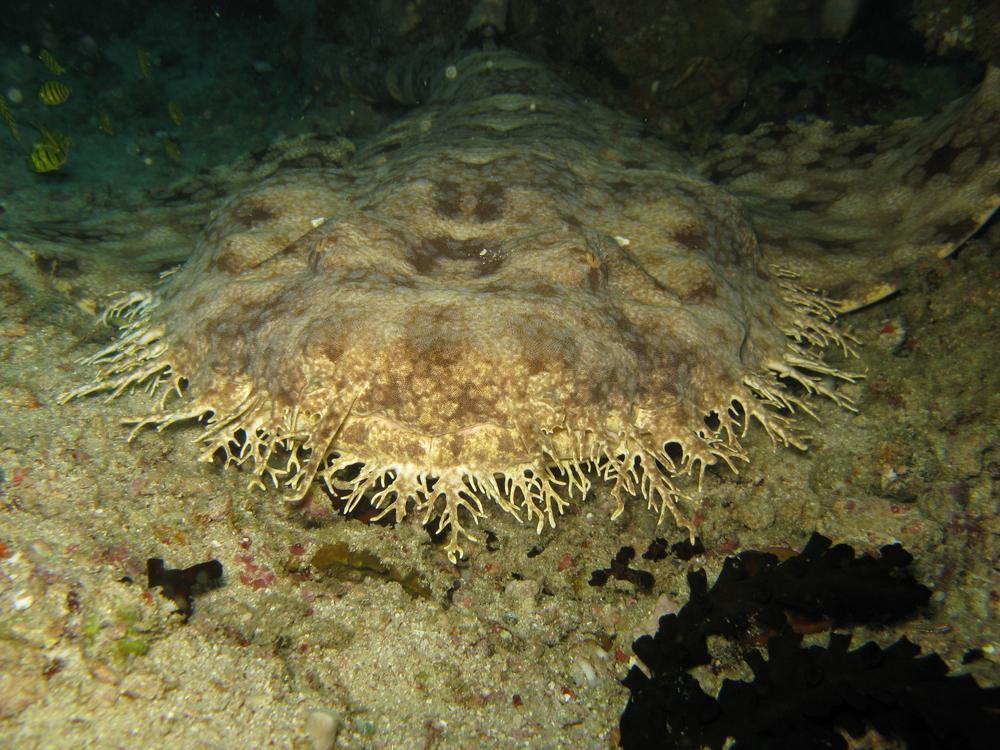 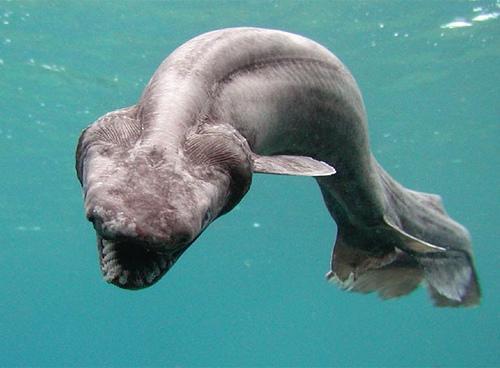 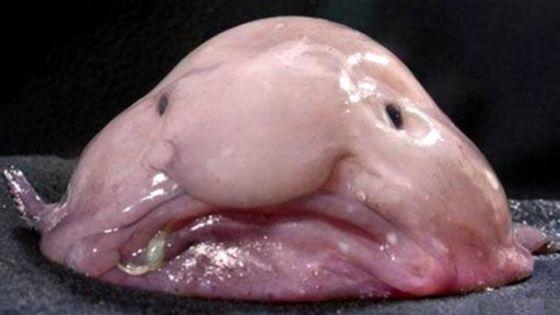 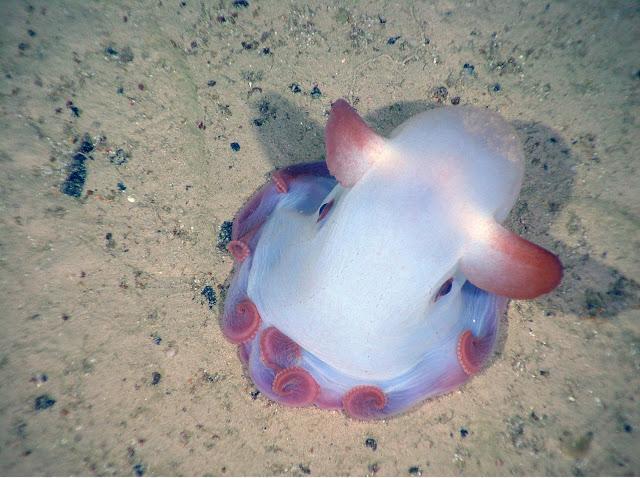