The Best Horses for Dressage 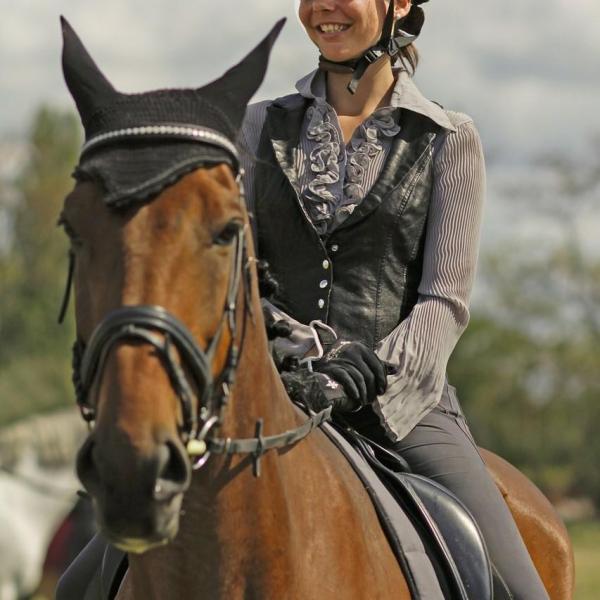 Knowing what is the best horse for dressage is certainly a difficult task; the rider must not only be able to pick certain physical attributes in the potential horse, but also be experienced and knowledgeable about the techniques to use.

The purpose of dressage is to see the horse follow the rider's instructions harmoniously, in a graceful, agile, beautiful and natural way - just as the horse itself. It is for this reason that only the finest and best-trained horses can participate in dressage events.

AnimalWised will round up the best horses for dressage with pictures and a brief description. Do not forget to leave us a comment!

You may also be interested in: The Best Horses for Show Jumping
Contents

The Westphalian is a horse breed of German origin. They are warmbloods - that is, warm-blooded - which refers to their unique breeding through continuous improvement of the equine race. The excellence of Westphalian horses for dressage is demonstrated continuously at international and Olympic competitions, where they're often winners.

Sometimes reaching 1.78 m - 70 inches - the Westphalian is a high horse. It has a willing temper, as Westphalians are usually trained under a strict protocol and discipline. It has a beautiful body, as its long limbs are especially harmonious. Overall, it is an excellent horse for dressage.

The Holsteiner horse is considered the oldest warmblood breed. These horses usually give an extraordinary performance in all the events in which they participate.

The Holsteiner is a medium-sized horse, measuring an average highest of 1.73 m - 68 inches. Its head is small with an arched neck and well-formed shoulders. It has intelligent eyes, a strong back and powerful hindquarters, so they look quite athletic.

Its temperament is willing, relaxed and enthusiastic when required. Holsteiners are capable of heavy work, as they were used for agriculture and to pull carriages in long distances.

If you are looking to become involved in dressage and are wondering what to call you horse, you can take a look at some of the best names for horses and mares to help your decision.

The Shagya is a purebred Arabian horse breed. It is a horse of outstanding performances in equestrian competitions, and therefore a very good choice for dressage.

Shagya Arabians are of average size, at 1.63 m - 5'4''. They have big, expressive eyes in a relatively small head, which is supported by a long, slender neck. The ears are small.

Its back is somewhat depressed, and the legs are very strong with dry joints. The Shagya Arabian is a docile and friendly horse, which always gives off the sensation of being in a happy and vigorous mood - surely this animal is a wonderful horse for dressage.

The Andalusian horse, also called Pure Spanish horse from it native name Pura Raza Española, is a breed with a special predisposition for dressage. This is due to their great intelligence and learning ability.

The Andalusian horse has medium-sized head and a medium-length neck. The great intelligence of this horses bred can easily be seen in their eyes. The back is muscular and strong and the hindquarters are very powerful, which gives the horse a harmonic and rhythmic agility.

Its temperament is energetic, noble and docile. They are balanced and sturdy horses overall, and their combination of qualities make them one of the best horses for dressage.

The Paso Fino horse is of Caribbean origin. This breed is medium-sized, usually measuring around 1.58 m - 5'2''. Its head, neck and back are all medium-sized and light in appearance, thus its name, which means "light step". Its rump is quite round.

The Paso Fino is wonderful for dressage; its temperament is fiery, courageous and vivacious, but docile and friendly at the same time.

Like the Andalusian horse, the Pure Blood Lusitano breed comes from the Iberian Peninsula. Its average height is 1.63 meters - 5'4'' - and it tends to stand out notably in equestrian competitions. Its head is similar to the Andalusian horse, but with a shorter neck and an overall more compact appearance.

Their temperament is friendly and willing. Lusitano horses are very generous in their efforts, wise and noble. They are known for being very brave, as the breed was formerly used as a warhorse. These horses are also often used as sire horses for breeding dressage horses (including many champions).

The Hanoverian horse is another German breed which is often used in dressage competitions. Although German, the breed was first developed by King George II of England at the Celle State Stud in Germany which is now associated with the Hanoverian breed. They are strong horses which have been bred in such a way as to be particularly trainable, a factor which is very important for sports such as dressage.

They can be as tall as 70" high, but usually hover around the 65" mark. They have won many golds in dressage events such as the World Equestrian Games, but are also used in show jumping and other equestrian events.

These are the best horses for dressage; if we forgot one, please tell us in the comments section. We have already added suggestions from the AnimalWised community.

If you enjoyed this article you will love the best horses for show jumping, what is the best diet for a horse and why isn't my horse gaining weight?

If you want to read similar articles to The Best Horses for Dressage, we recommend you visit our Ideal for category.

Our list is not a complete list and there are some dressage horses which are missing. However, we agree, Hanoverians are a great dressage horse breed, so we have added them to the article. Thank you for sharing!
Jenn
01/06/2019
I don't know many Arabs or Shagya arabs for that matter that advance as far in dressage in dressage as warmbloods or Spanish breeds (some you've mentioned here), a few do of course :) but I wouldn't say they are one of the top breeds.
Rating:
Lucinda D.
23/01/2019
What about Lipizzans?

Thank you for this. You are correct, Lipizzans also make for great dressage horses, we appreciate the suggestion!
The Best Horses for Dressage 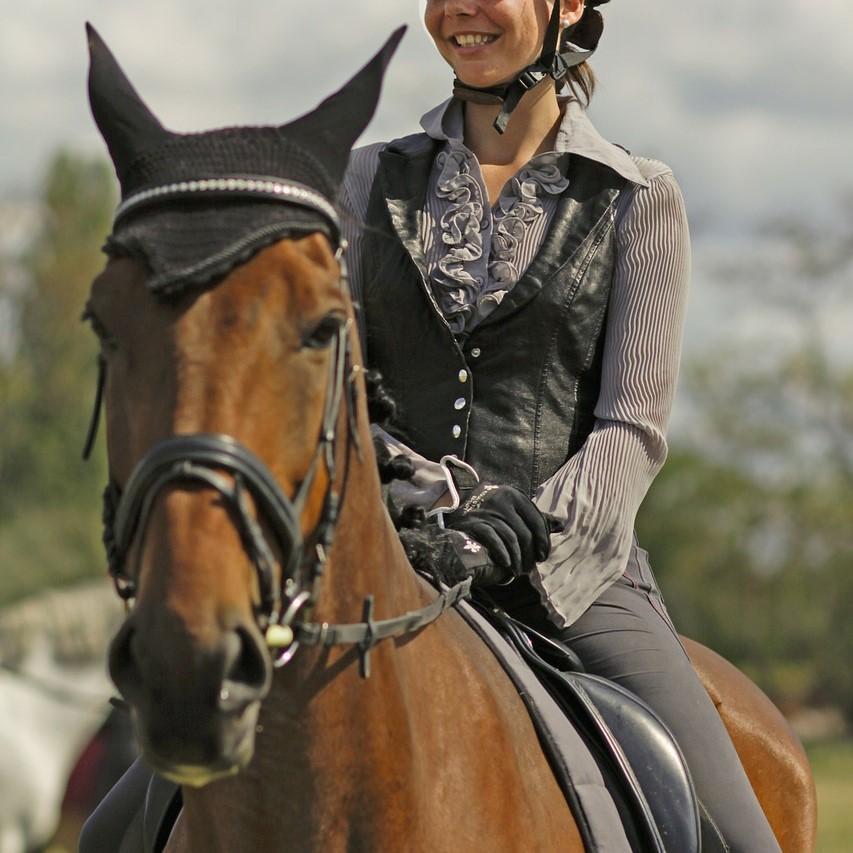 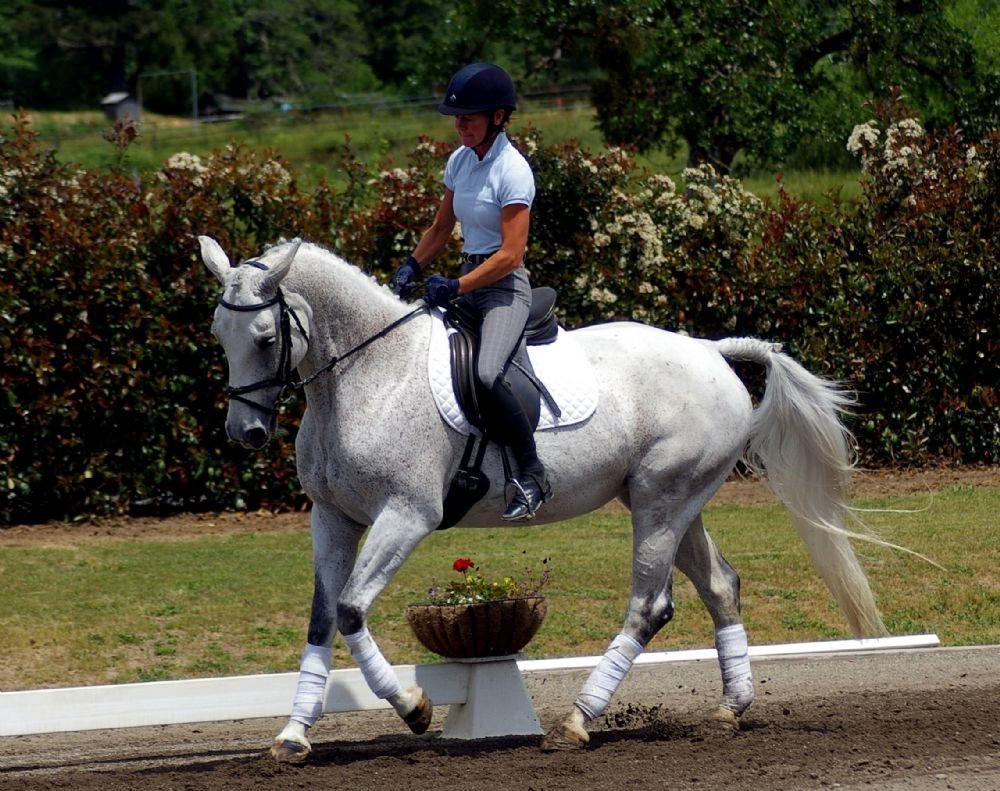 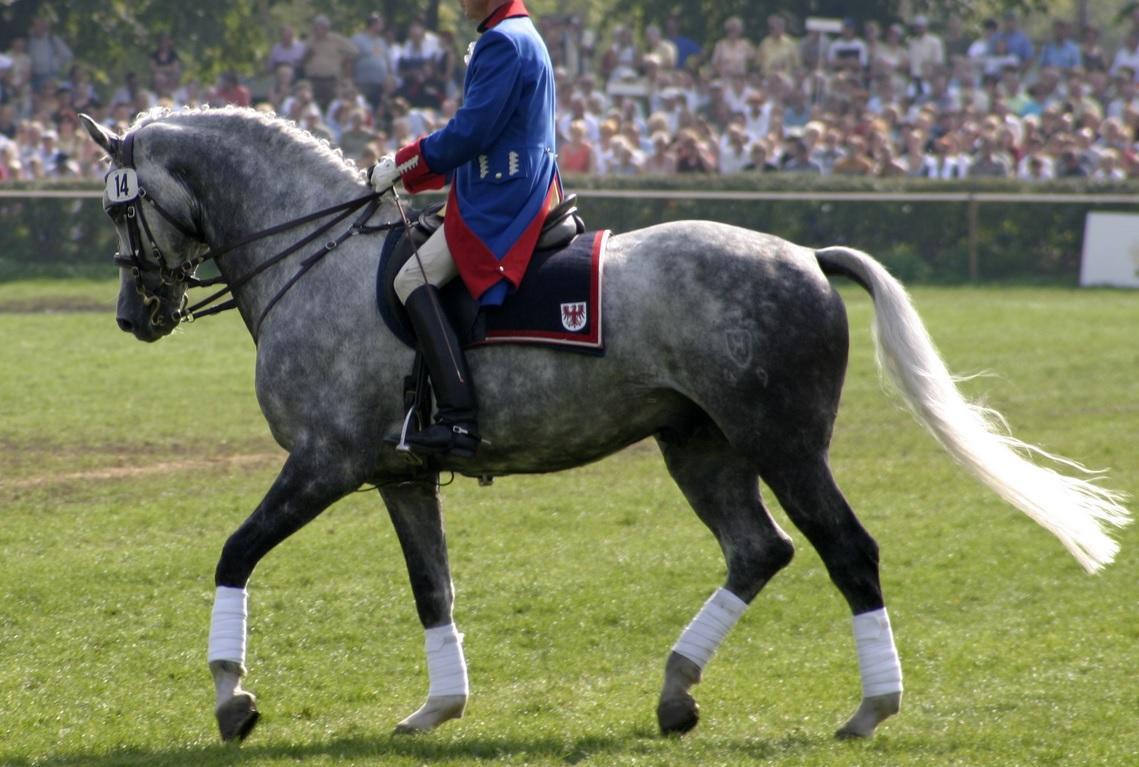 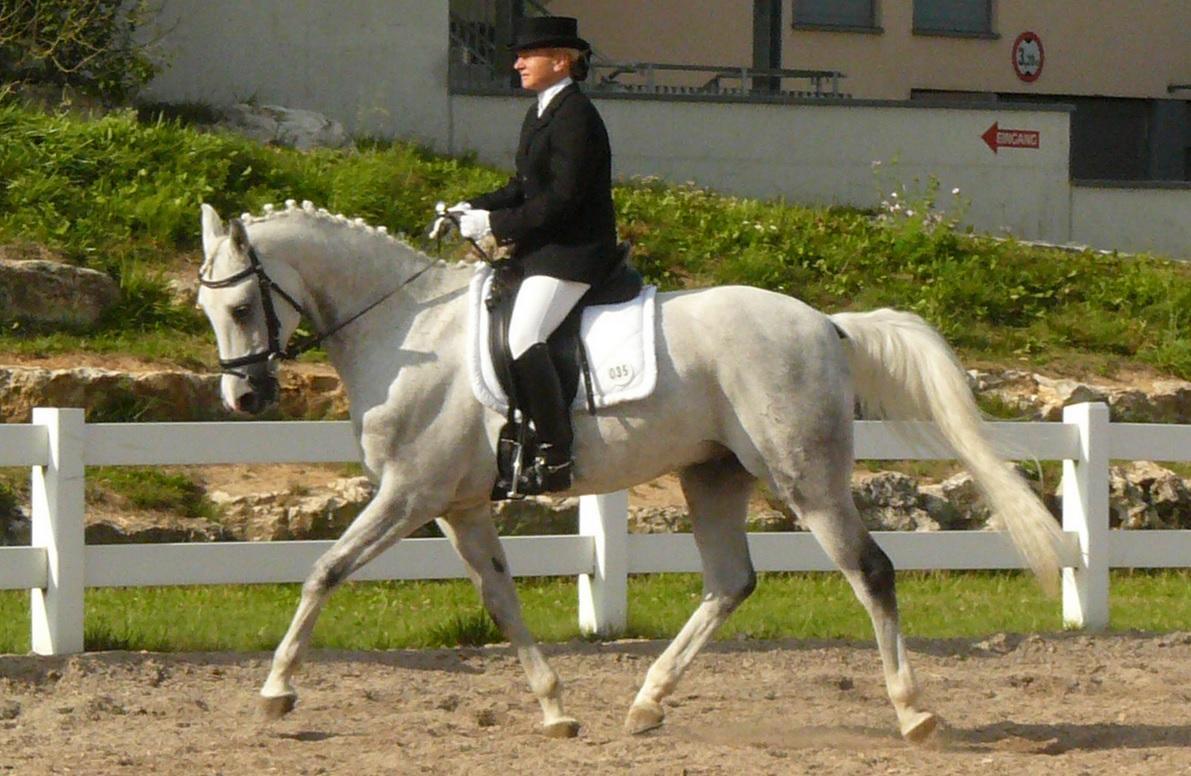 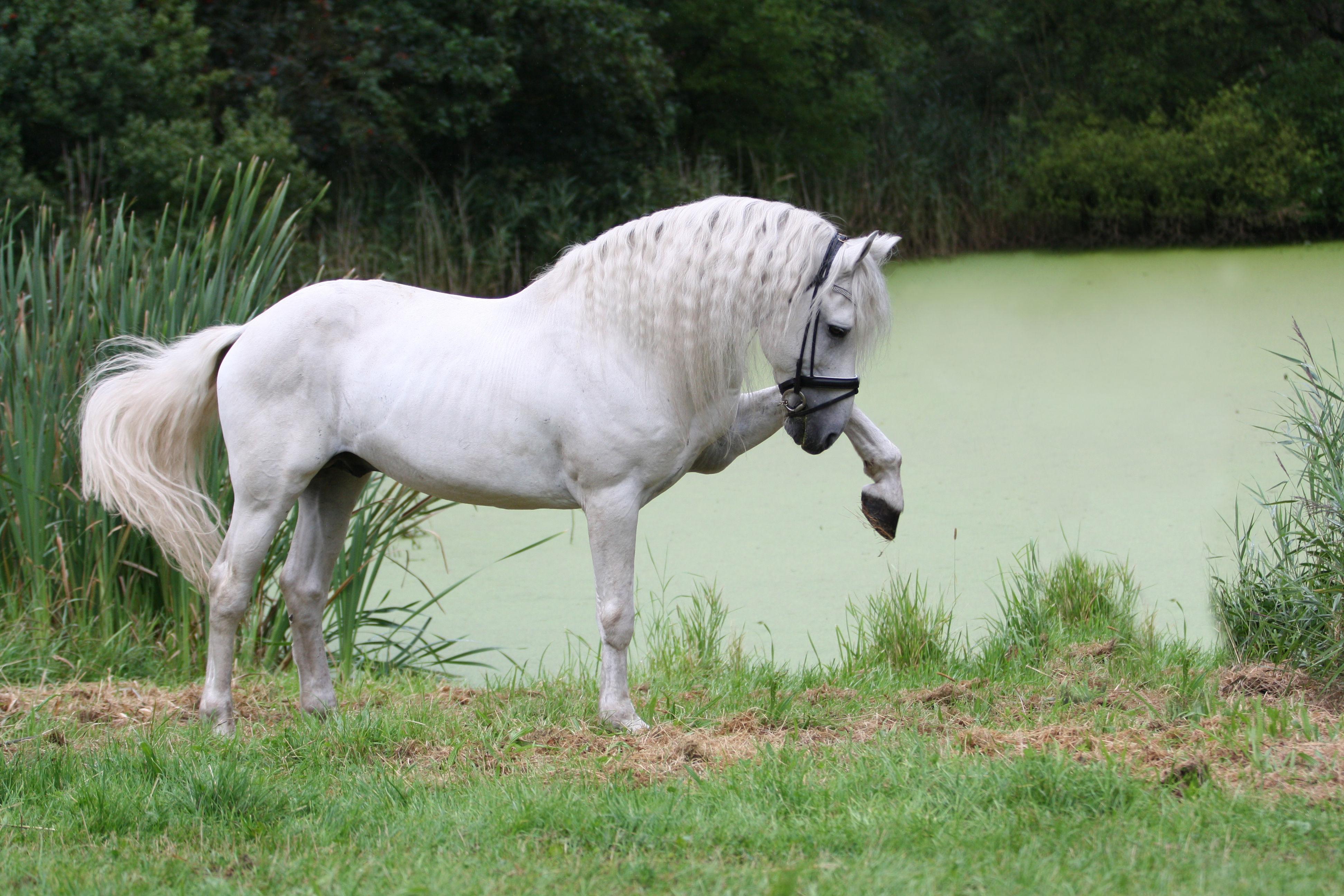 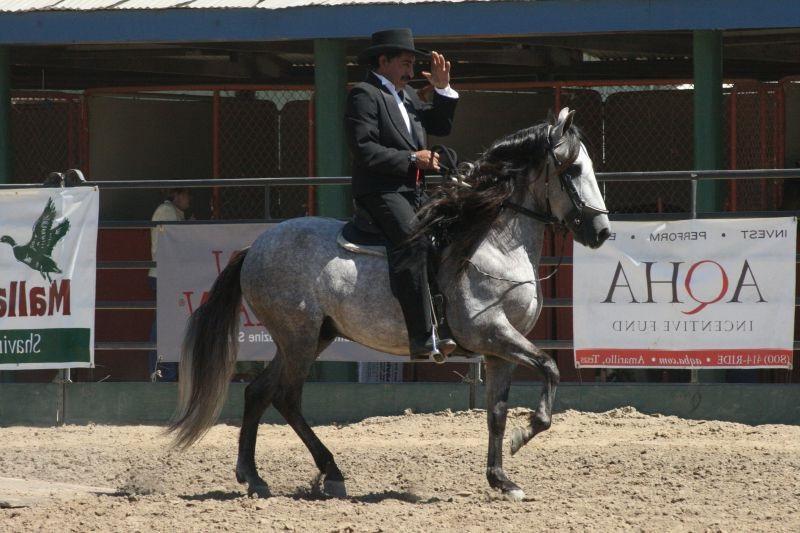 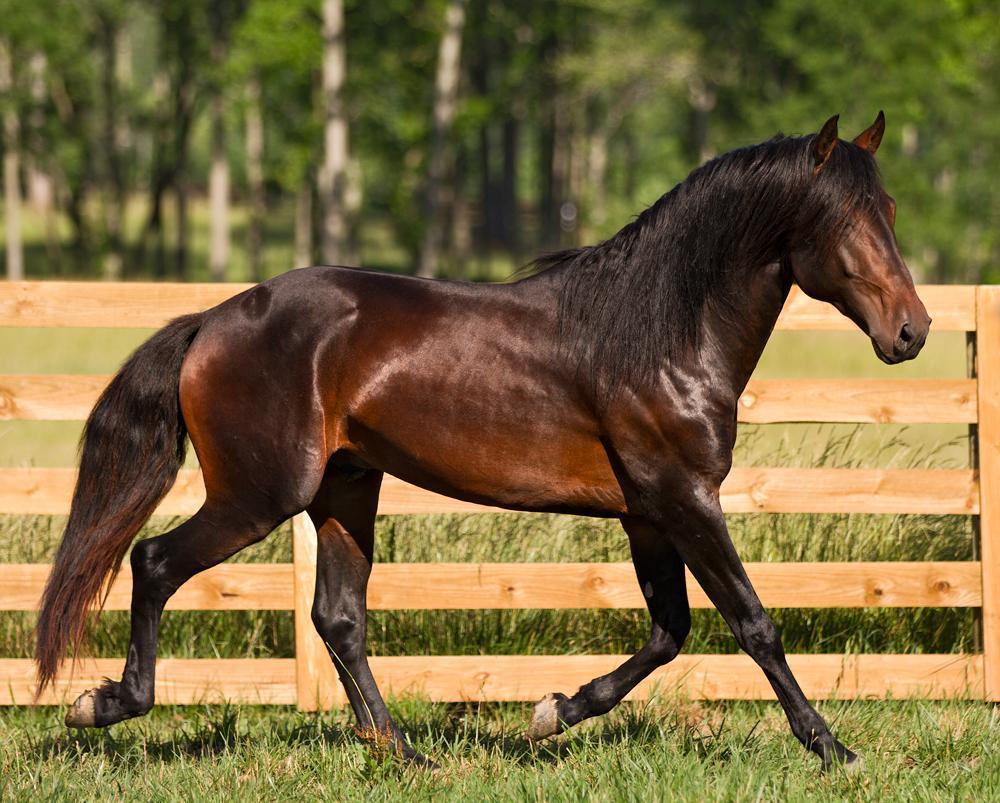 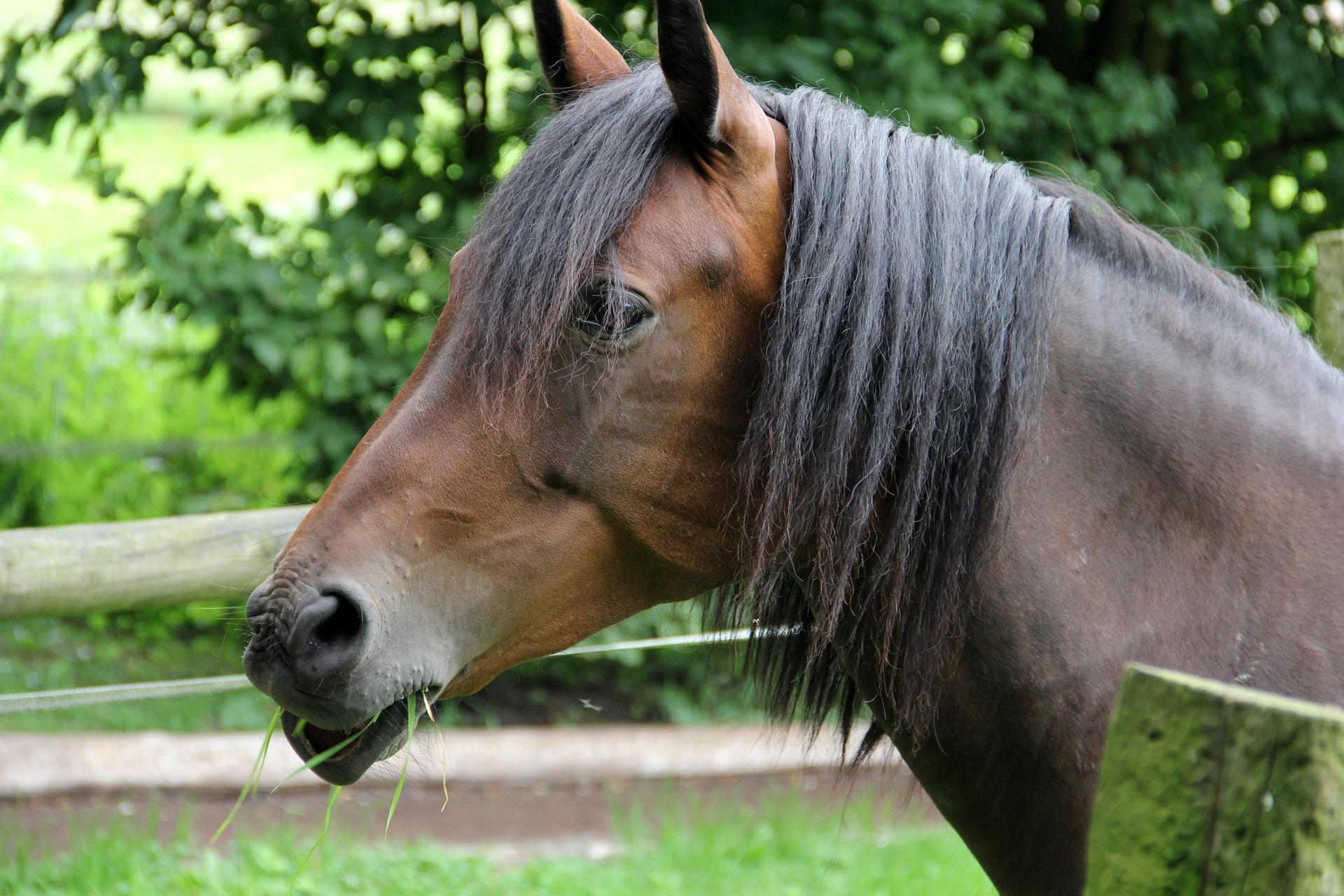 1 of 8
The Best Horses for Dressage
Back to top