What are the Different Types of Shepherd Dogs? 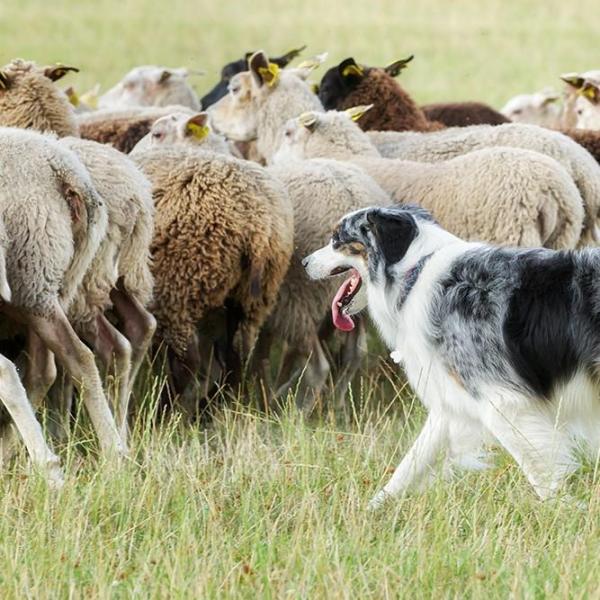 When we think of shepherd dogs it is tempting to get a little too literal. Shepherd is a contracted form of the term ‘sheep herder’, i.e. one who herds sheep. While this is an important part of farm work, there are many animals on a farm which might required shepherding into stalls and pens. These include not only sheep, but cows, ducks and pretty much any type of livestock which is required to spend time outside. For this reason, it is more accurate to call shepherd dogs simply herding dogs.

Another term which is less often used is a pastoral dog. This means a dog which is used to work the pastures and tend to the animals which graze there. They have been an integral part of farming since dog and human began their simpatico relationship, but are still widely used on farms today. AnimalWised answers what are the different types of shepherd dogs and gives a little background on why they are well-suited for this purpose.

You may also be interested in: What Dog Matches My Personality
Contents

When we discuss the different types of herding dogs, we don't simply mean some may be black shepherd dogs or some have long hair. The divisions for these types of shepherd dogs aren't even related simply to breed. Different shepherd dogs will perform their work in different ways, much of it related to how they interact with the livestock they are trying to corral. They include:

Although there are these varieties of herding dogs, there are perhaps two main groups based on the type of livestock they are used to herd. These are:

However, there are many dogs which will act as herders for either cattle or sheep. The size of the dog might not have as much influence on the type of livestock a dog will herd as we at first think. The aforementioned Corgi is a dog which, despite their small legs, has been used in the past as a cattle driving dog breed.

Some dogs such as the Border Collie are well known for their all-purpose herding and farm work abilities. This shepherd dog breed is well-known for their intelligence and courage. The Old English Sheepdog is one of the most famous herding dogs. Although synonymous with herding sheep, they have also been used for herding cattle. For the same reason, the Australian Cattle Dog is also well-known for tending to sheep. Let's take a look at some of the many other herding dogs which can seen on farms across the world.

One of the most instantly recognizable shepherd dog types, the Old English Sheepdog originates in the UK. They were employed to care for herds of both sheep and cows. Due to their thick coat, they were particularly good in colder climates or during the winter months. The abundance of fur on their double coat gives the impression they are simply big fluffy and cuddly dogs.

Underneath their abundant coat is a lithe and muscular body which is great for endurance. They are a very docile dog and can seem quite lazy when not engaged in work. However, their intelligence means they can become destructive if they are not adequately stimulated physically and mentally. Males can weigh up to 46 kilograms (around 100 lbs) and they generally have a coat color which is some shade of grey and white.

Old English Sheepdogs have herding ingrained in their system. While they are wonderful family dogs, owners do need to be careful with their socialization. Old English Sheepdogs (sometimes known as Bobtails) will sometimes try to herd children by bumping into them or trying to move them. They won't likely want to cause the child any harm, but it can be a frightening experience to very young kids.

While the Old English Sheepdog has it in their name, perhaps the quintessential herding dog is the Border Collie. In fact, they have been known as the Scottish Sheepdog in the past. They are a multiple purpose dog and are considered to be highly intelligent. They respond well to training and will be diligent workers, but this bargain between dog and farmer goes both ways. Border Collies need to be properly engaged and have their high exercise drive met. If not, they may develop behavioral problems or stress symptoms.

While physically agile and mentally very clever, Border Collies are also well know for the devotion and love they show toward their human family. While they have their origins in Scotland, it is believed their descendants came over with the viking hoards. They can measure up to 60 cm (23") at the withers and weigh up to 30 kg (66 lbs). They are wonderful companions when their own needs are well cared for. They may even be great as dogs for children with autism.

The Majorcan Shepherd Dog is a breed, unsurprisingly, form the island of Majorca in Spain. It is a dog which can often be confused with a mixed breed due to their physical appearance. They have an average weight of round 40 kg (88 lbs) and they are often completely black in fur color. They can often have white markings on their chest.

These shepherd dogs are used as all-purpose herders, but have been known to work with sheep, cattle, pigs and even fowl. They are very intelligent and work well as watchdogs. They develop very strong bonds with their human family. While they shouldn't be aggressive, they may be cautious around strangers. They are very strong, agile and muscular dogs which makes them great all-round farm workers. They need lots of engagement to stay healthy and we need to be careful of certain health conditions such as hip dysplasia which can be related to herding work.

While all the shepherd dogs on this list can be kept as pets for those without a farm, some are more common than others. The German Shepherd is not only one of the most popular herding dogs, but simply one of the most popular dog breeds in the world. They originate around the turn of the 20th century in Germany, but there are two distinct lines which are recognized, the German and the American. The main difference between these two variants are the sloping of the back and the fact that German Shepherds are better known for being used as working dogs.

Hailing from the North East of Spain, the Catalan Sheepdog is one of the smaller dogs on this types of sheepdog list. They have an average eight of 20 kg (40 lbs) and reach a height of about 55 cm (21.6"). They have been used by Catalan peoples for a long time, driving flocks across long distances or even guarding herds. They are very docile and obedient, but show great courage in the field. They are natural protectors and will sense danger easily.

The bravery of the Catalan Sheepdog belies the fact it is also a wonderful family pet. They are cuddly and playful, but need a lot of exercise otherwise they will become frustrated. They will be very loyal and will defend their family if they feel threatened.

A Shepherd dog breed which is often mistaken for German Shepherd dogs by the uninitiated, the Belgian Shepherd os subdivided into 4 main categories:

While essentially the same dog breed, these subdivisions of the Belgian Shepherd are categorized by their coats. The Malinois is short-haired with a black mask resembling the German Shepherd perhaps more than the others. The Groenendael is longer haired, while the Laekenois is wiry.

Regardless of the variance in appearance, the Belgian Shepherd dog is an incredible herding dog for both sheep and cattle. They need to be very well-socialized as they can show behavioral problems if they are not well enough engaged.

Other types of shepherd dog

While the above examples are perhaps the most well known types of shepherd dogs, there are many others which fall into this category. They include:

While these different types of herding dog share similarities in how they work, they are often very different dogs. Each dog is an individual and will need to be treated accordingly. However, most herding dogs are well known for their need to be exercised properly otherwise they might develop problems. They are not pets which should be kept indoors for long periods. They need sufficient exercise and a lot of engagement, otherwise you are essentially mistreating them.

If you want to read similar articles to What are the Different Types of Shepherd Dogs?, we recommend you visit our Ideal for category.

What are the Different Types of Shepherd Dogs? 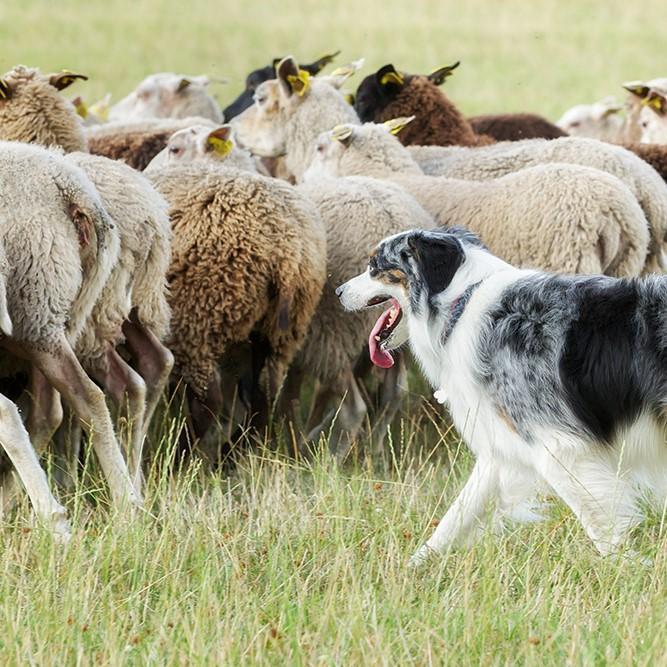 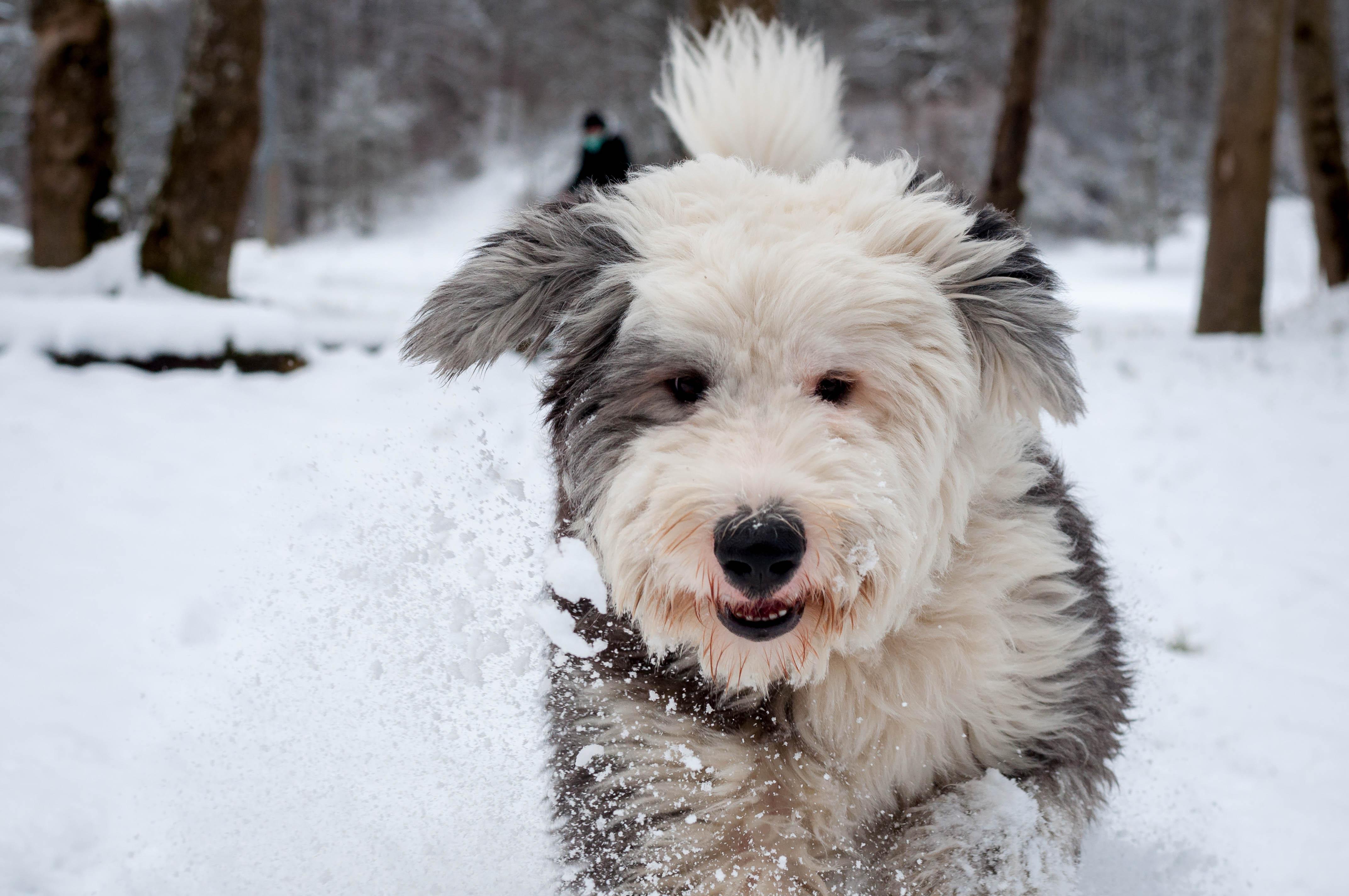 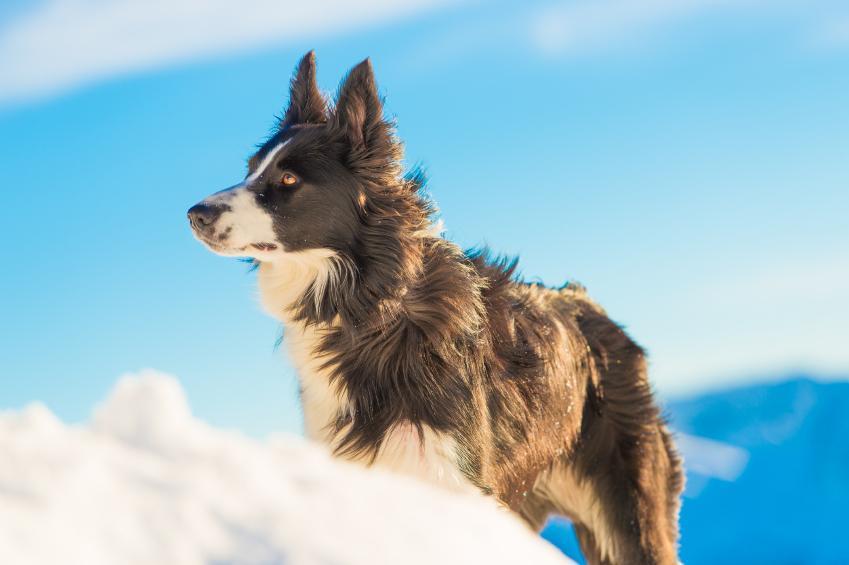 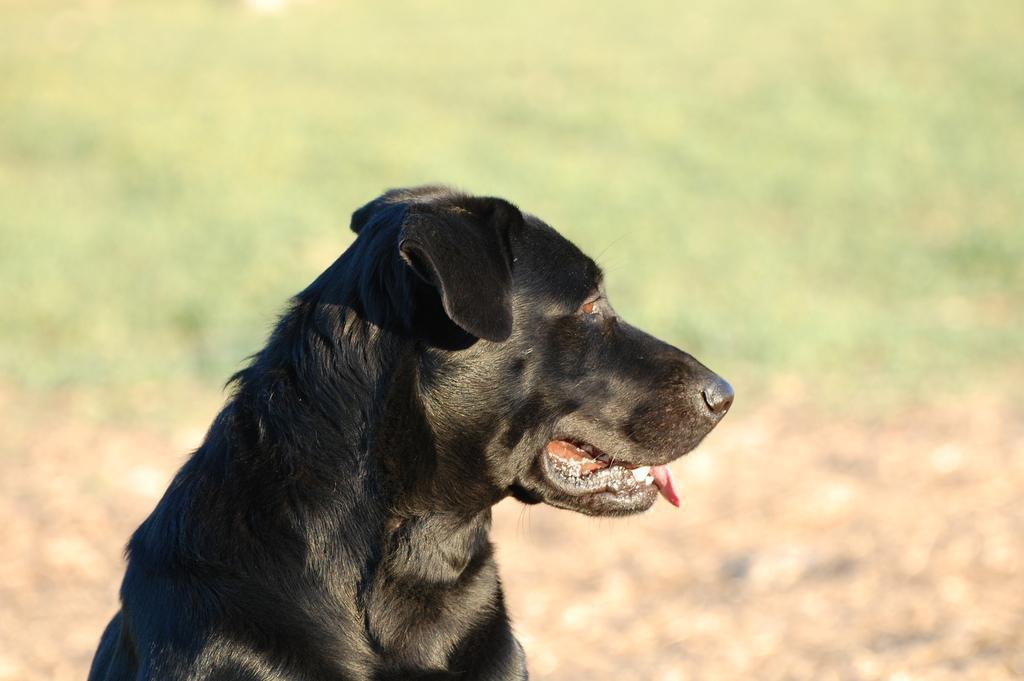 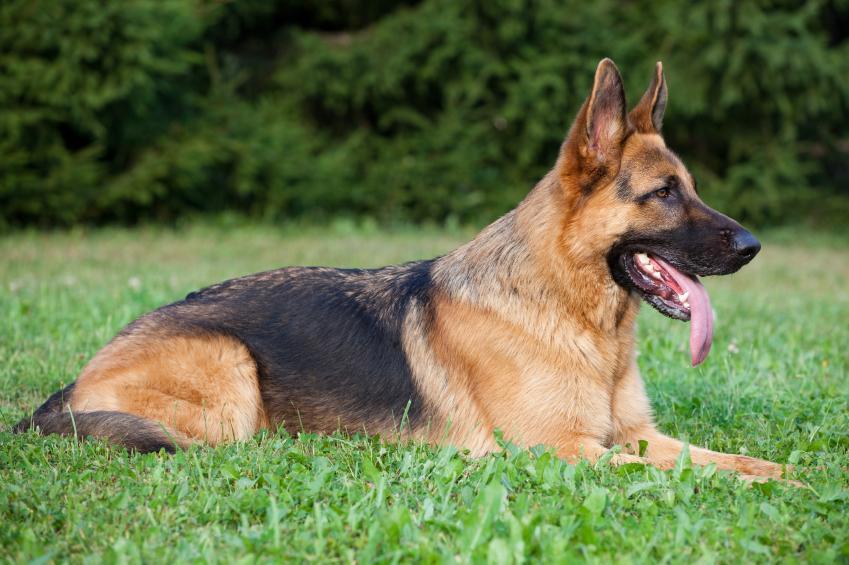 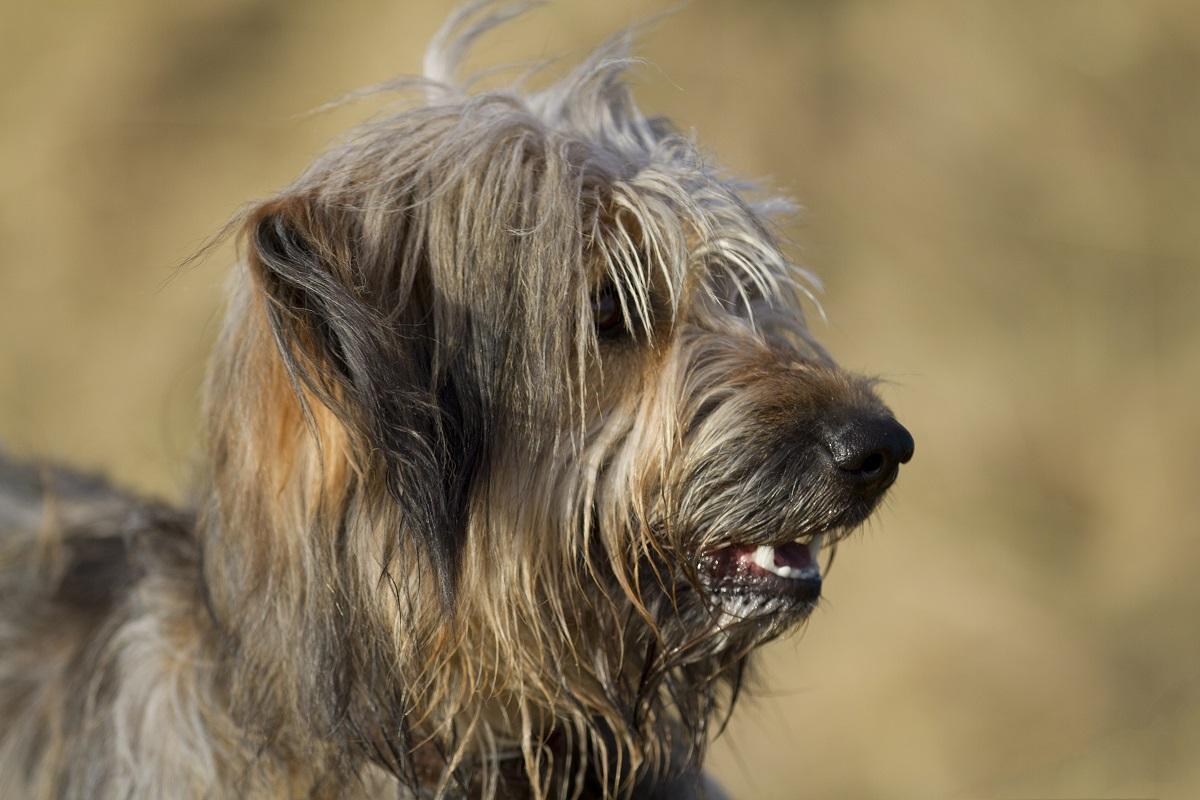 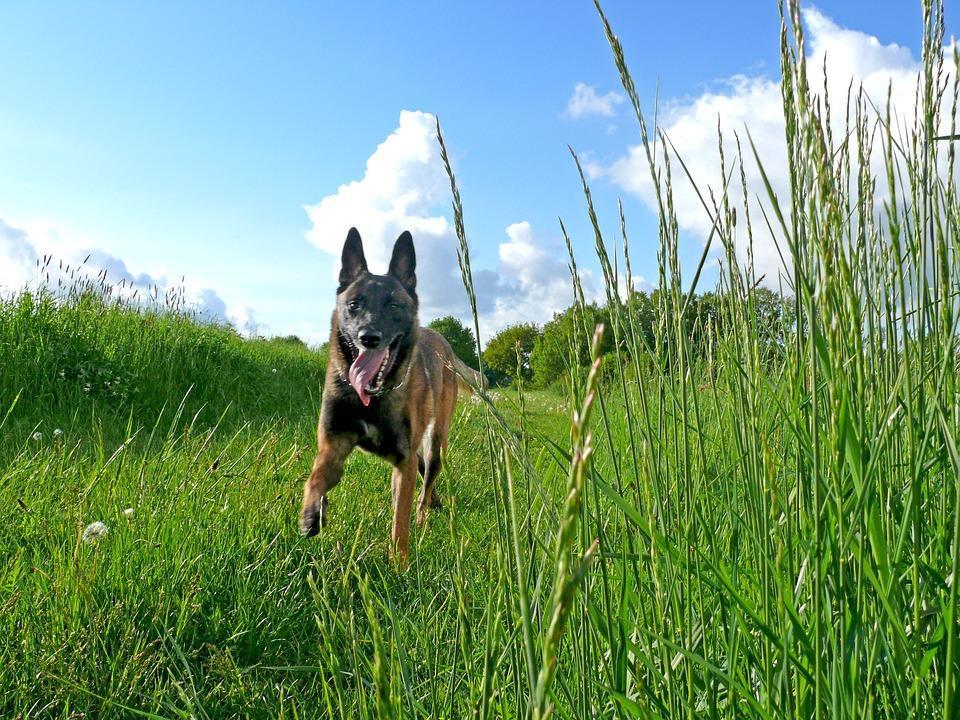 1 of 7
What are the Different Types of Shepherd Dogs?
Back to top