By Josie F. Turner, Journalist specialized in Animal Welfare. May 4, 2020 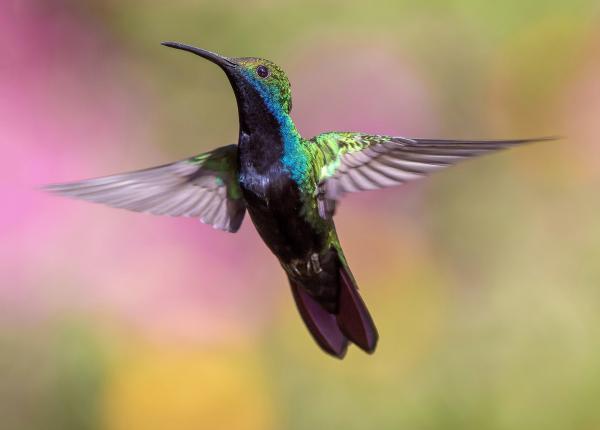 According the Maya peoples, “the feathers of hummingbirds are magical”. The Mayas were a Mesoamerican civilization who lived between the 3rd and 15th centuries in a region spanning central Mexico to the north of Costa Rica. Their legends, mythology and folklore still resonate today, perhaps most famously creating one of the most complex series of calendars known to the world at that point. Various animals have great importance in Mayan culture, but the hummingbird is seen as one of the most scared. It was believed this sacred bird possessed healing powers through the joy the transmitted when observed by people. If you have ever seen a hummingbird in the wild, you may have felt a similar joy.

AnimalWised brings you everything you need to know about the Mayan hummingbird legend - known as the ‘Gift to the Hummingbird’.

You may also be interested in: Different Types of Hummingbird
Contents

The Maya peoples had a culture steeped in mysticism, creating legends and mythology about everything in this life and the possibilities of beyond. According to their collective beliefs, they had many different gods who all represent different aspects of their life. Some were creators who were believed to have molded the Maya out of maize. Others were linked to death.

The gods of the Mayan pantheon were involved in all aspects of their lives. Similar to the gods of the Greco-Roman world, these gods were not always infallible. Many struggled just as their human counterparts struggled. There were around 250 gods which the Maya worshipped. Unfortunately, much of literature and, therefore, understanding of the Maya peoples was destroyed when the Spanish came to colonize Mesoamerica.

Fortunately, some information has survived. We do know that many animals were seen as messengers of the gods and the hummingbird was one of the most treasured. Despite being one of the smallest birds in the world, they were seeped in mythology. This leads us to the story of the Mayan hummingbird legend and its meaning.

The legend of the Mayan hummingbird tell us that the gods created all animals and gave each one a specific job to do on earth. When they thought they had completed the job (again reinforcing the fallibility of Mayan gods), they realized they had failed to do something very significant. They had forgotten to provide a messenger to transport their thoughts and desires from one place to another.

However, when the gods realized their mistake, they also discovered they had run out of mud and maize (corn). Without the materials to create their new messenger, they had to get creative. Fortunately, as gods, they were creators of the impossible.

For this new creation, the Mayan gods decided to create their messenger with something special. They took a jade stone and began to carve in it an arrow. This arrow was designed to represent a journey. After a few days, the stone arrow was ready. When they blew on the stone to get rid of the dust caused by their carving, they blew so hard that it flew into the sky. As the arrow flew, it turned into a beautiful multicolored hummingbird which they called al x ts'unu'um.

The gods new messenger was fragile and so light it could fly around a person without them realizing it. They could approach the most delicate flowers without causing them any harm. It was this lightness of being that made the hummingbird the perfect carrier for man's thoughts and desires. These thoughts and desires were carried without being noticed.

According to Mayan legend, the hummingbird became so important that people tried to capture the bird and exploit their power. The gods were so angered by this disrespectful behavior they condemned to death any man who dared cage one of these precious creatures. Additionally, they endowed the hummingbird with great speed to evade their wannabe-captors. This is one of the mystical beliefs as to why it is so difficult to capture the hummingbird, due to their protection by the gods.

These birds are also thought to be able to carry messages from beyond this life. In this way, they are manifestations of a spirit of the deceased. The hummingbird is also considered a mythological healing animal that helps people in need by changing their luck.

The Mayan legend of the hummingbird also claims that this precious, tiny and stealthy bird has the important job of taking people's thoughts and intentions from one place to another. When someone sees a hummingbird, it was believed that this the manifestation of positive thoughts from someone who cares about them. It could even represent love.

Gift to the hummingbird legend

While the hummingbird represents many aspects of life to the Maya peoples, there are also individual legends which were passed on from generation to generation. Perhaps the most popular is the story of one hummingbird named Tzunuum.

In this version of the story, Tzunuum the hummingbird was created by the Great Spirit. However, they were not born with color, instead being very plain. Tzunuum was to be married, but had nothing to wear for the ceremony. She had neither a gown nor a necklace. Mayan legend claims that all the animals had their own seamstresses to adorn them. In this story, Tzunuum's bird brethren took pity on her and decided to help her dress for her wedding.

A bird named Ya took it upon herself to pluck some of her red plumage and gift it to Tzunuum. Other birds joined in, including Uchilchil the bluebird as well as a cardinal and motmot. They all provided an array of colors for Tzunuum's dress. They did not tell the hummingbird, but Canac the bee went round to all the animals and invited them to her wedding. As he did this, the birds stitched together the feathers for her dress.

When the day of her wedding came, Tzunuum's friends brought her the feather dress and showed her all the animals who had gathered. Tzunuum was amazed and thanked all of them genuinely. Her humble and gracious response was seen by the Great Spirit and she was allowed to wear her beautifully colored gown forever. This is where the hummingbird's unique plumage is said to originate.

If you want to read similar articles to The Mayan Hummingbird Legend - Gift to the Hummingbird, we recommend you visit our Facts about the animal kingdom category. 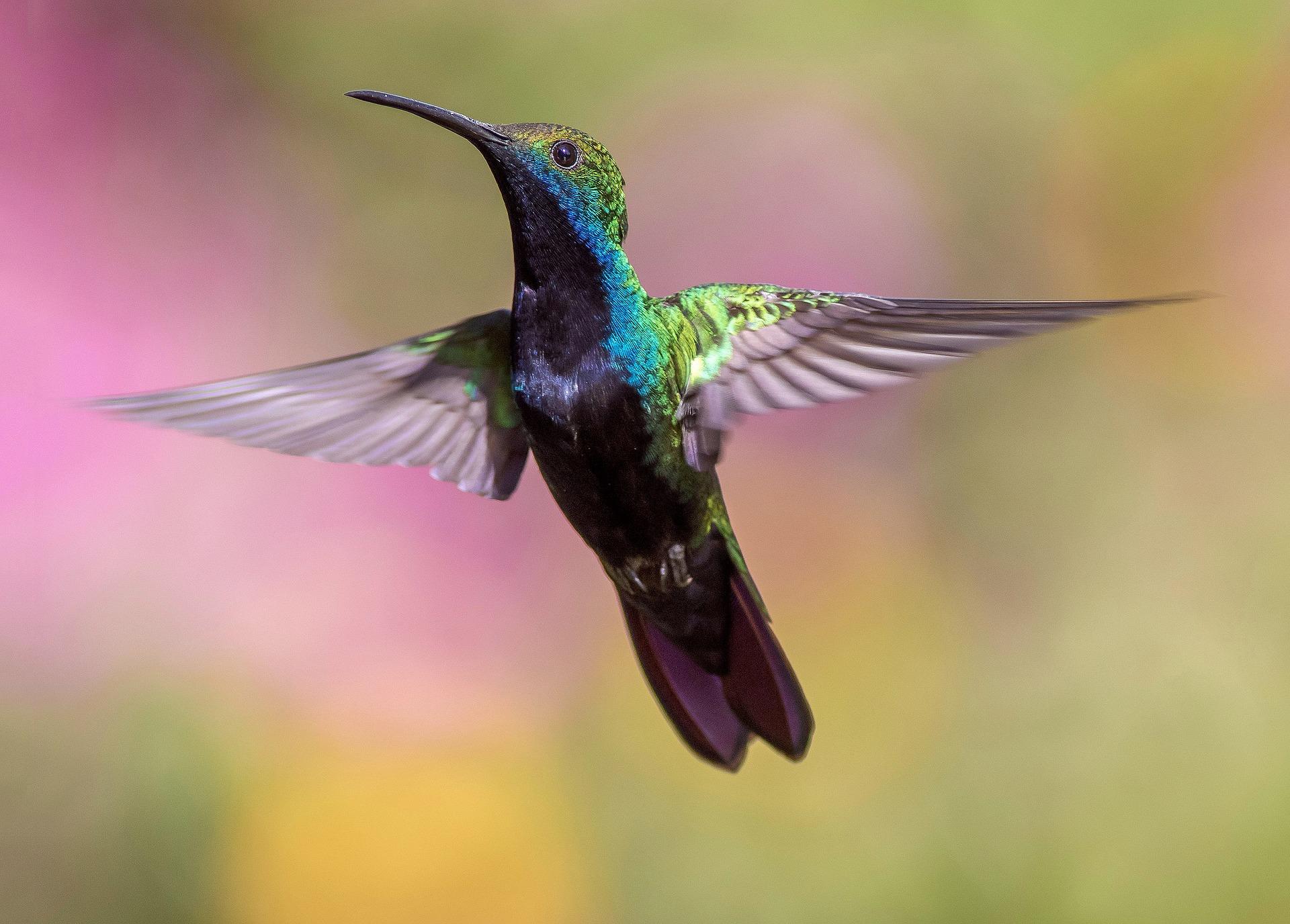 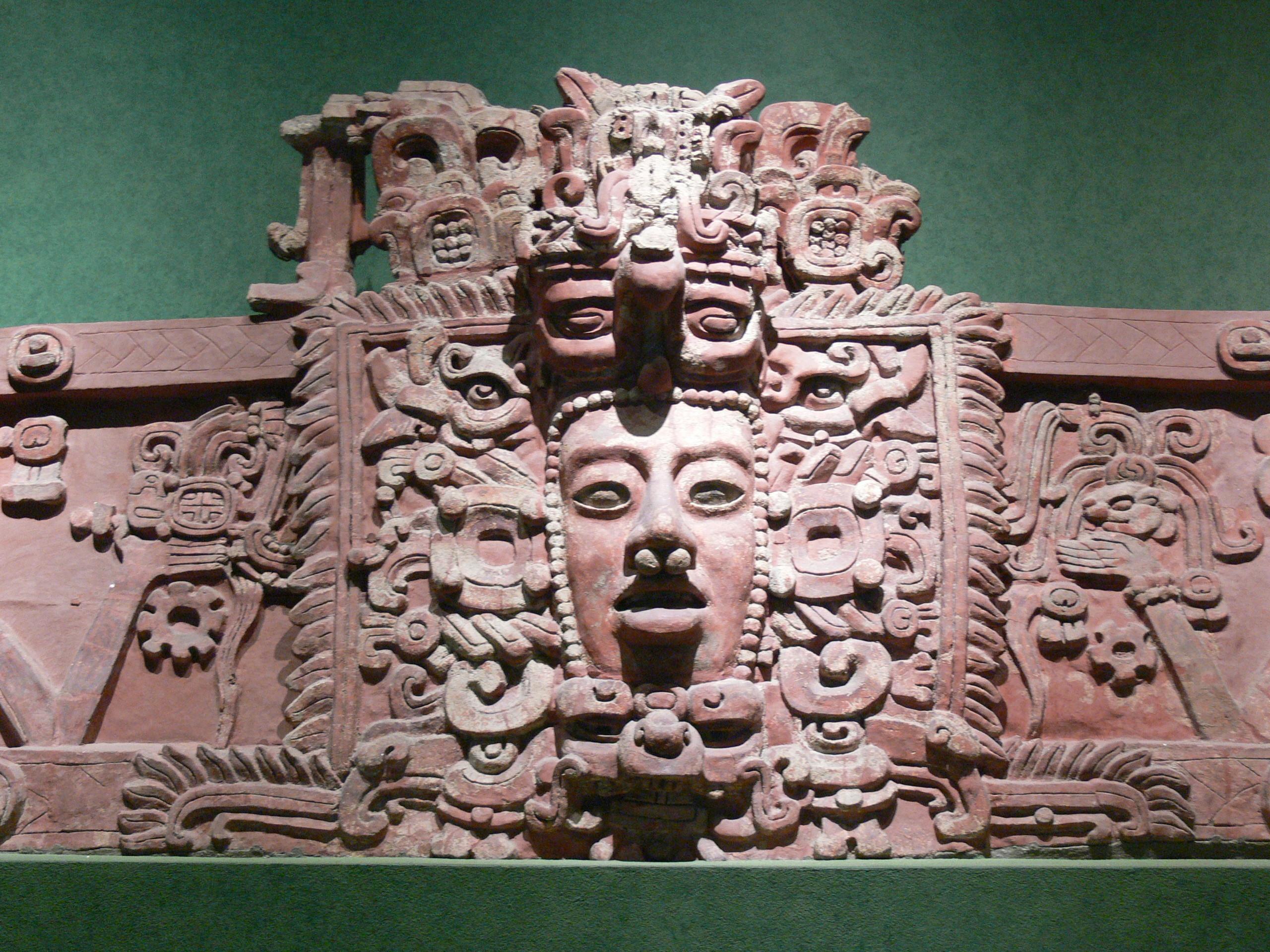