The 10 Smallest Animals in the World

Just like human babies, the younger an animal is, the more tender and cute they are. Nature is so magical and incredible that it has made some creatures look this way for their whole life. Most of these animals are unique and very delicate, living in remote areas, as far as possible from any human development that could cause them harm. This is the main reason why we don't know much about them, as well as the fact some are so small that they measure only 2cm and go completely unnoticed!

Some species are a shrunken version of normal or larger animals, others are simply mini animals. If you want to know which are the 10 smallest animals in the world, keep reading this AnimalWised article.

You may also be interested in: Smallest Insects in the World
Contents

It is known as the Hippocampus denise, which measures up to 16mm long and lives more than 100 meters deep in the Pacific Ocean. So you can get an idea of its size, imagine an animal as small as a human fingernail. It's impressive, right? These mini ponies have a long neck and a very short nose, are born white but as they "grow" cover their orange skin, which helps to camouflage themselves among the coral.

The smallest primate in the world

It's official, the Madagascar mouse lemur is the smallest primate in the world. Imagine putting them next to one of the gorillas of the movie "Planet of the Apes". This mini primate can get measure up to 5 inches. It is amazing how nature can create animals so close but at the same time so different. These lemurs are nocturnal and live hidden in the trees of this lush island. In fact, so hidden, that until now only 8 species of this primate have been discovered.

To continue our list of the 10 smallest animals in the world, is the pygmy marmoset, the smallest monkey in the world. We struggle to find creatures as sweet as them. These tiny monkeys come from tropical lands and live in the forests of Brazil, Ecuador, Colombia and Peru. They are very nervous creatures, a little larger than the lemurs, and reach up to 35cm in length and weigh 100 grams when they reach adulthood. Pygmy marmosets have a tender but enigmatic look at the same time.

Chameleons are very interesting animals, and even more interesting if they are less than 4cm long! The brookesia chameleon is considered the smallest chameleon and one of the tiniest reptiles in the world. They inhabit the island of Madagascar and possess exactly the same characteristics as a chameleon of normal size but in a mini version. They are active animals during the day and at night they like to climb to the top of trees to rest. For them, a good height means 15 cm above the soil.

The bumblebee bat lives in the caves of Thailand and southeastern Burma, weighs 2g and measures 3cm, although its wings expand to 15 cm. This bat's ears are considerably large for their size. Imagine being one of the smallest mammals in the world!

Many experts wonder how they can fly when they are so small. It has been determined that they have some kind of extra straps between their hind legs, which serve as a sort of belt that helps them maintain control over their movements during the flight.

The smallest fish in the world

The Carpa paedocypris is a species of fish found in the marshes of the island of Sumatra, and considered the smallest vertebrate in the world. These mini fish can grow up to 8cm in adulthood and have a physical peculiarity: their skull exposes the brain! They are now in danger of extinction due to the destruction of their habitat in Indonesia. They feed mainly on plankton and live a very quiet and solitary life.

The smallest snake in the world

Those who struggle with a phobia of snakes can remain totally calm with the Leptotyphlops carlae. In fact, they could surely love them for being one of the smallest animals in the world. This tiny snake is no longer than 10 cm and is as thin as spaghetti. It is the youngest sister of a large family of 3000 species of snakes. They live life in the forests of Barbados and are not at all poisonous.

The smallest bird in the world

The bee hummingbird despite being the smallest bird in the world continues to retain their agility, since they are able to wave their wings more than 80 times per second. With their vibrant colors and tiny size, they are considered one of the jewels of the animal world. They live in Cuba and the Isle of Youth and are also known as the "Elf of the Bees" for their magical beauty and captivating personality. These hummingbirds measure about 5cm from the beak to the tail and weigh not more than 2g. Amazing!

Another of the smallest animals in the world is the spotted tortoise or Homopus signatusi, since they can measure up to 10 cm and weigh 140 grams only. Their head is the size of the top of an average thumb. They are African and their home is in southern Namibia and South Africa. This species of turtle is different and special among all others of their genus "Hompus", since they have 5 fingers on their front legs, while other turtles have 4.

There is also a tiny frog!

The frog of the Iberia mountain is the smallest frog of the northern hemisphere. They have really tiny fingers and are different from other frogs because their body has a distinct pattern. It is characterized by two red or yellow lines that start from the tip of the muzzle, running all over the back of the body and transitioning into a golden color and then to white. Males can measure up to 10mm and females are slightly larger, 10.5mm. They love rain and that's why they've only been seen in the Moa-Toa-Barbacoa mountains of eastern Cuba.

If you want to read similar articles to The 10 Smallest Animals in the World, we recommend you visit our Facts about the animal kingdom category.

1 comment
Rating:
muhammad awais
01/07/2018
Amazing article :)
its really good thing you have shared thanks for info
The Smallest Animal In The World

Administrador AnimalWised
02/07/2018
Thanks for the kind words Muhammad!
The 10 Smallest Animals in the World 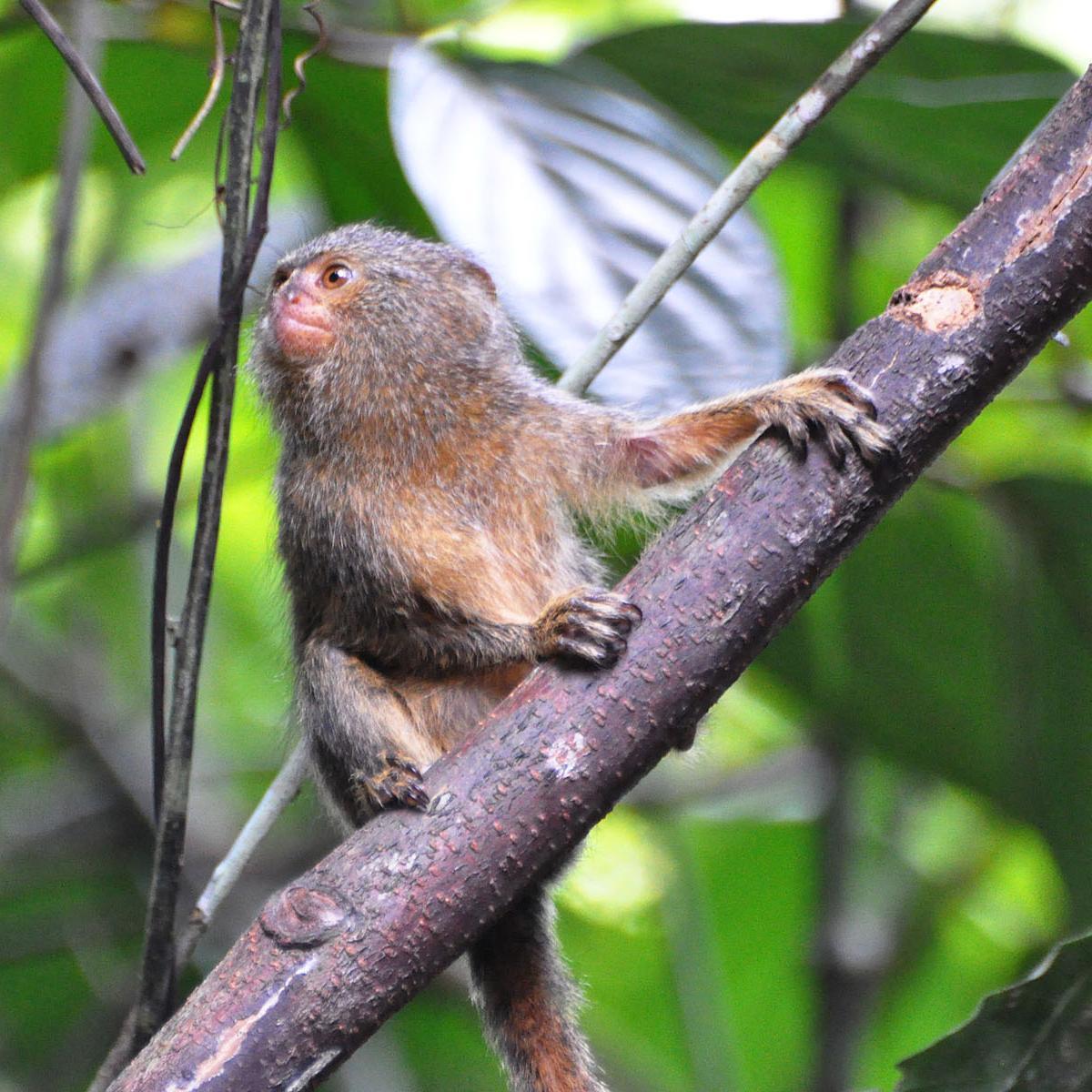 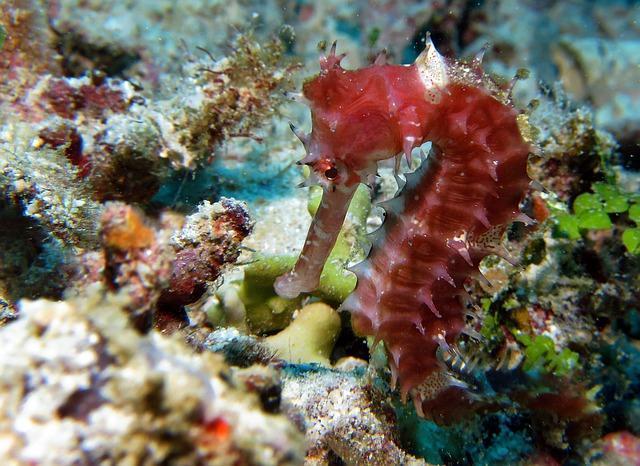 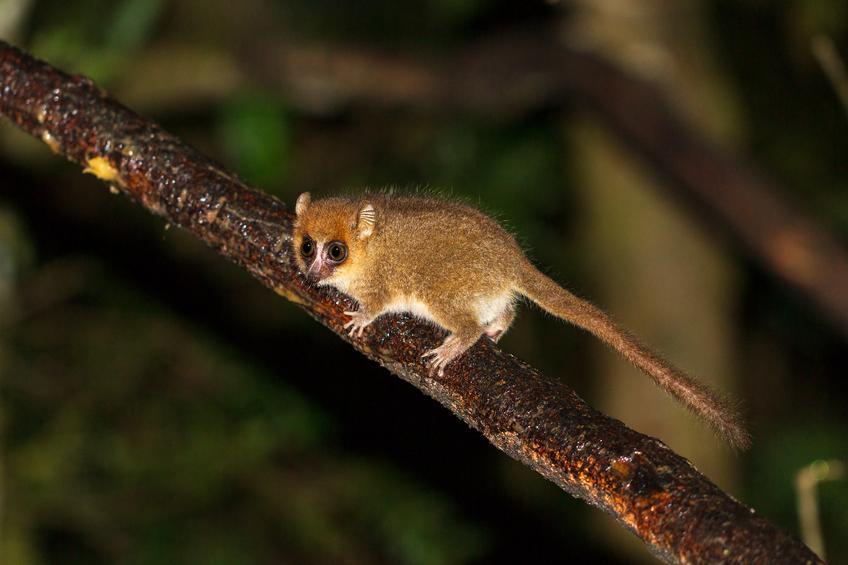 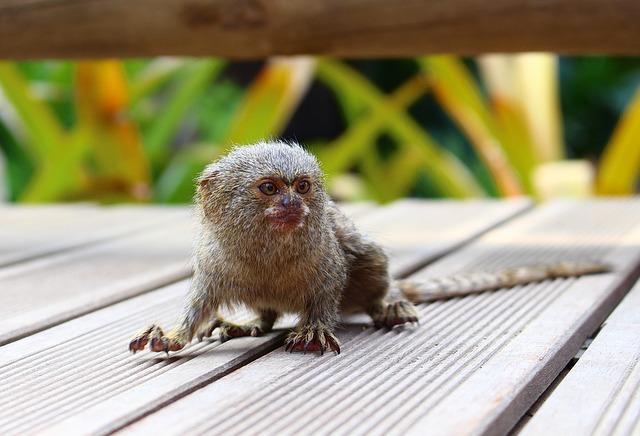 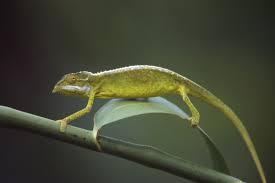 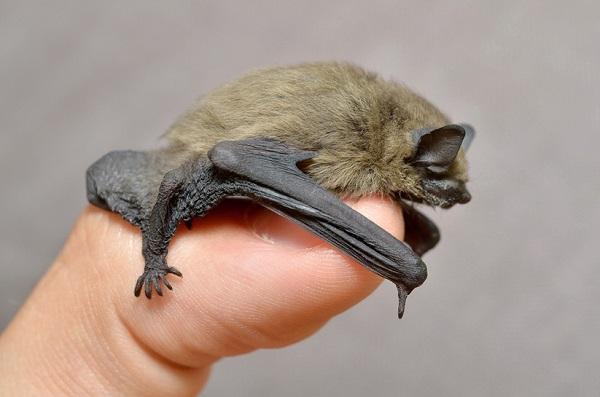 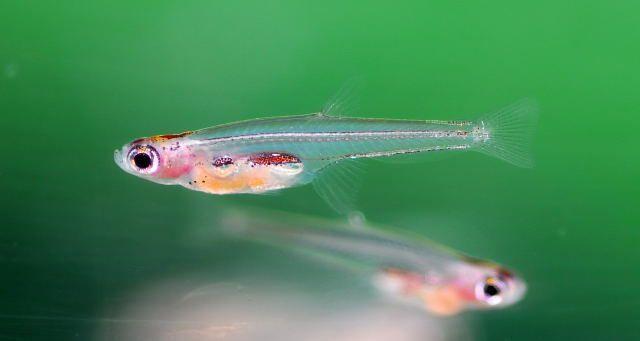 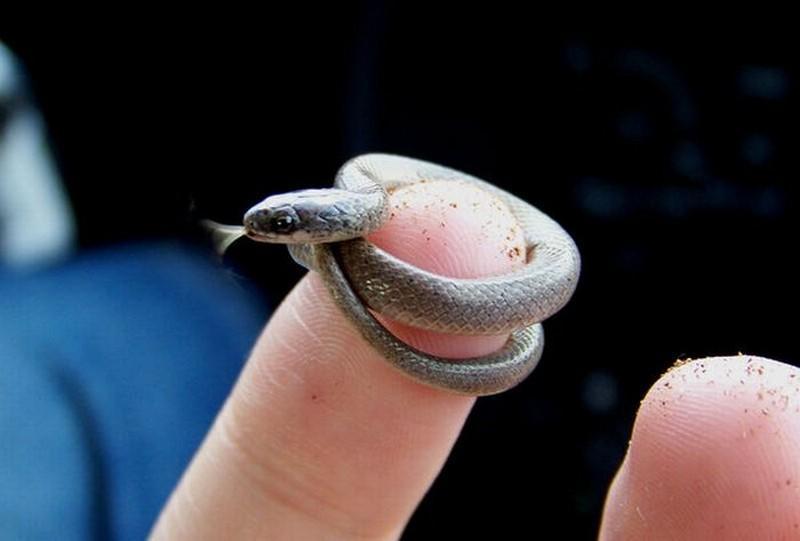 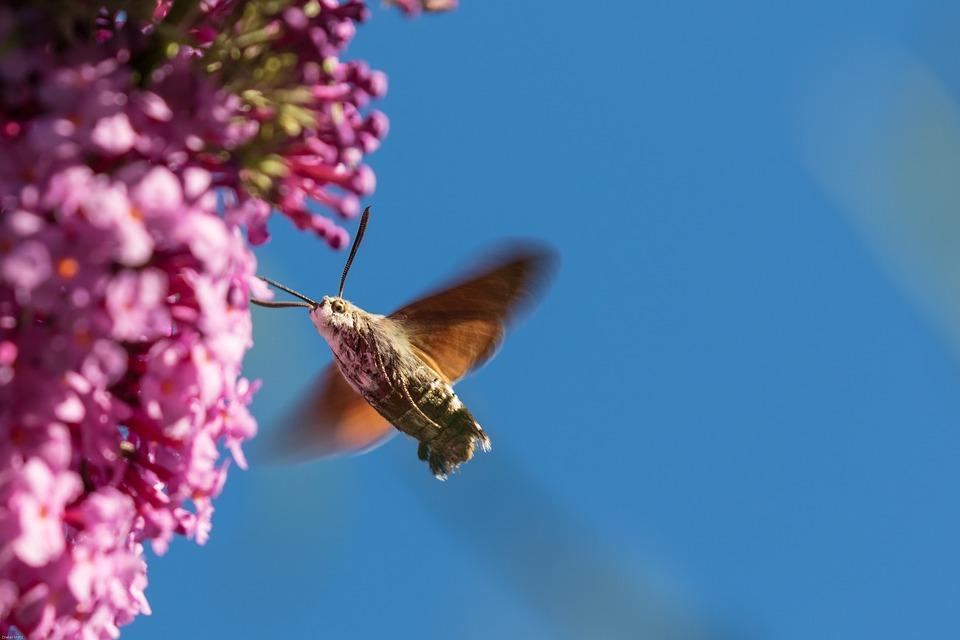 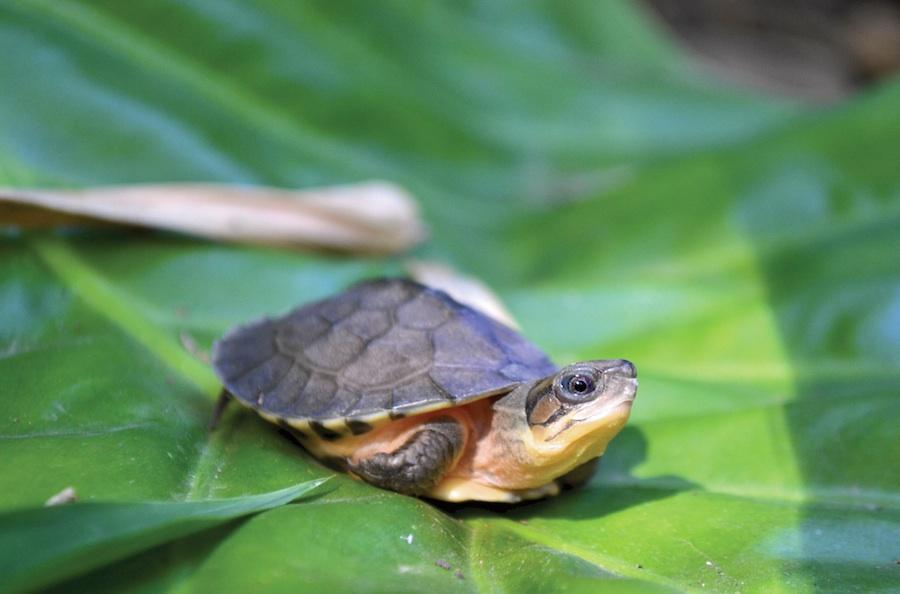 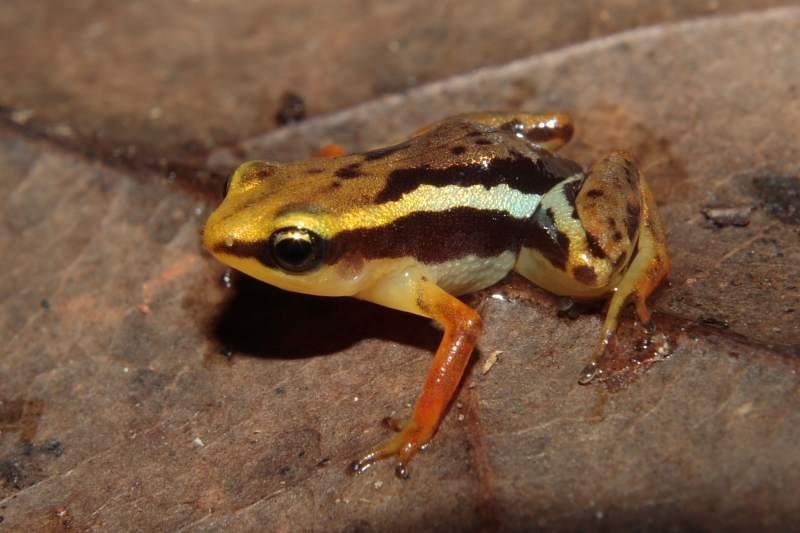