The deep sea is full of interesting and weird animals. Many of them seem to come from a horror movie as they share certain characteristics such as large teeth, blindness or even transparent skin. Little is known about this ocean layer however marinebiologists are now making more expeditions in order to learn more.

In this AnimalWised article we're going to review the top 10 weirdest deep sea fish. We'll include photos and some videos too. Let's get started!

Due to the arduous conditions of the environment, human beings has only explored 5% of the marine areas of the entire planet Earth. Being that about three quarters of our planet is part of the ocean, we have a lot to learn about the planet we live on.

The deep sea fauna stands out for being a group with a large number of strange and monstrous animals. This is because these creatures must adapt to the pressure, extremely low temperatures and other extreme conditions.

A particular characteristic of animals that live deep in the sea is bioluminescence. Many animals in this group produce their own light thanks to special bacteria they possess. The light they produce is either on their antennas, specifically provided to captivate their prey, or on their skin, to capture or escape dangerous circumstances. Thus, the goal of bioluminescence is to allow them to attract prey, escape predators or even communicate with other animals.

Gigantism is also common. Huge creatures, such as sea spiders that up to 1.5 meters in length, or crustaceans up to 50 centimeters are common in these places. However, these very particular characteristics are not the only surprising characteristics of the animals that live in the deep sea. There are other peculiarities that are a result of adapting to these harsh conditions:

Learn more in our article about abyssal fish.

Although there is a lot to explore and learn, every year new species that inhabit these inhospitable places on planet Earth are being discovered. Here we will show you our top 10 weirdest deep sea fish! These strange fish will surprise you!

We start our list with the Fanfin Anglers (Caulophryne jordani), a fish from the Caulofrinid family with a very unique physical appearance. It measures between 5 and 40 centimeters and has a giant mouth with sharp and terrifying teeth. This balloon-like creature is provided with sensitive spine-like organs that help it detect prey movements. Its antenna also serves to attract and hunt its prey.

The frilled shark (Chlamydoselachus anguineus) is considered a “living fossil” as it is one of the oldest species on earth, which has barely changed during its evolution since prehistory.

It stands out for being an elongated and large animal, with an average of 2 meters in length, although there are specimens that reach 4 meters long. Its 25-row jaw with 300 teeth is especially strong, allowing it to eat large prey. They have 6 gill openings that help them absorb the little oxygen available in the deep sea. Lastly, their diet focuses on fish, squid and sharks.

Discover more in our article about marine prehistoric creatures!

The dumbo octupus (form the genus Grimpoteuthis) got its name from its resemblance to the Disney's character Dumbo. This is because it has big ear-like fins that are located above their eyes. There are 13 recognized species of this genus.

These animals live between 2000 and 5000 meters deep and feed on worms, crustaceans, snails, copepods and bivalves. The average life span recorded of various species of Grimpoteuthis is 3 - 5 years. These animals aren't as threatened by humans as they are by their natural predators, such as sharks.

Since these octopuses don't have an ink sac, they protect themselves from predators by changing colors camouflaging into the background. Sometimes they even turn transparent. They also have white patches above their eyes that allow them to detect light.

The goblin shark (Mitsukurina owstoni) is weird deep sea fish. This species can measure between two and three meters. However, this shark usually stands out for its jaw full of very sharp teeth. It also stands out for the protrusion that protrudes from its face.

With that being said, the most interesting thing about this creature is its ability to project its jaw forward when it opens its mouth. Their diet is based on teleost fish, cephalopods and crabs. These fish have little interactions with humans. Some are caught as bycatch in Japan and used for liver oil. A few specimen were collected alive and brought to public aquariums but only died within days. 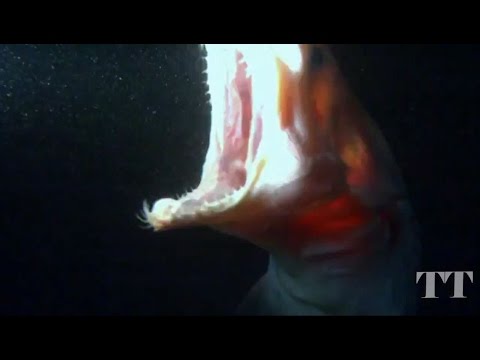 The black devil (Melanocetus johnsonii) is a 20 cm abyssal anglerfish that feeds mainly on crustaceans. It inhabits marine depths of between 1000 and 3600 meters, reaching even 4,000 meters deep. It has an appearance that some would consider fearsome, in addition to a gelatinous appearance. This fish stands out for its bioluminescence, since it has a “lamp” that helps it illuminate its dark environment.

Do not miss our article about the 7 rarest marine animals in the world.

The blobfish, also known as smooth-head blobfish (Psychrolutes marcidus), is one of the deep-sea animals that has a gelatinous and muscled appearance, in addition to soft bones. It lives about 4,000 meters deep and holds the first prize as "ugliest fish in the world" according to the Ugly Animal Preservation Society. It is about 30 centimeters in length. This strange animal is sedentary, toothless and only feeds on prey that comes close to its mouth .

The dragon fish (Stomias boa) has a flattened and long body, between 30 and 40 centimeters in length. Its large mouth has long and sharp teeth. In fact, they have such large and long teeth that they are not able to completely close their mouths completely.

The next animal on our list of deep sea animals is the Anoplogaster, also called fangtooth, the only genus of fish in the family Anoplogastridae. They usually measure between 10 and 18 centimeters in length and show disproportionate teeth compared to the rest of the body. The anoplogaster does not have the capacity for bioluminescence, but its way of hunting is to stay still on the seabed until a prey approaches.

The Pompeii worm (Alvinella pompejana) has an approximate length of 12 centimeters. It has tentacles on its head and also has a hairy appearance. It lives attached to the walls of volcanic hydrothermal vents in ocean trenches. Fun fact about these creature is that these creatures can actually withstand temperatures of up to 80 ºC with life.

We finish our list of weird deep-sea fish, with the viper fish (Chauliodus danae). It's an elongated abyssal fish of 30 centimeters in length, reaching depths of up to 4400 meters. What is most surprising about this fish are its needle-sharp teet , with which it attacks its prey after attracting them with bioluminescent photophores or light organs located throughout its body.

You may also be interested in our article about the 5 biggest marine animals in the world.

If you want to read similar articles to Top 10 Weirdest Deep Sea Fish, we recommend you visit our Facts about the animal kingdom category.

10+ Types of Sea Urchins
Glow in the Dark Animals
Crabs of the Bering Sea
What Are Abyssal Fish?
Related categories
Endangered animals
Most read
1.
What Animal am I According to my Zodiac Sign?
2.
10 Most Beautiful Animals in the World
3.
What Does It Mean When a Cat Shows Up at My Door
4.
The 10 Most Solitary Animals in the World
5.
Why do Dogs Get Stuck when Mating?
6.
My Female Dog In Heat Won’t Accept A Male - Causes
7.
How Many Types of Lions Are There?
8.
Animals With Scales - Full List
Sharks in the Mediterranean Sea
Do All Fish Have Scales? - Types of Scaleless Fish
Top 10 Smells Dogs Hate
Jawless Fish - Characteristics And Examples
Which Animals Live The Longest?
The 10 Largest Sharks in the World
Types of Sea Turtles
10 Unique Christmas Gifts for your Cat 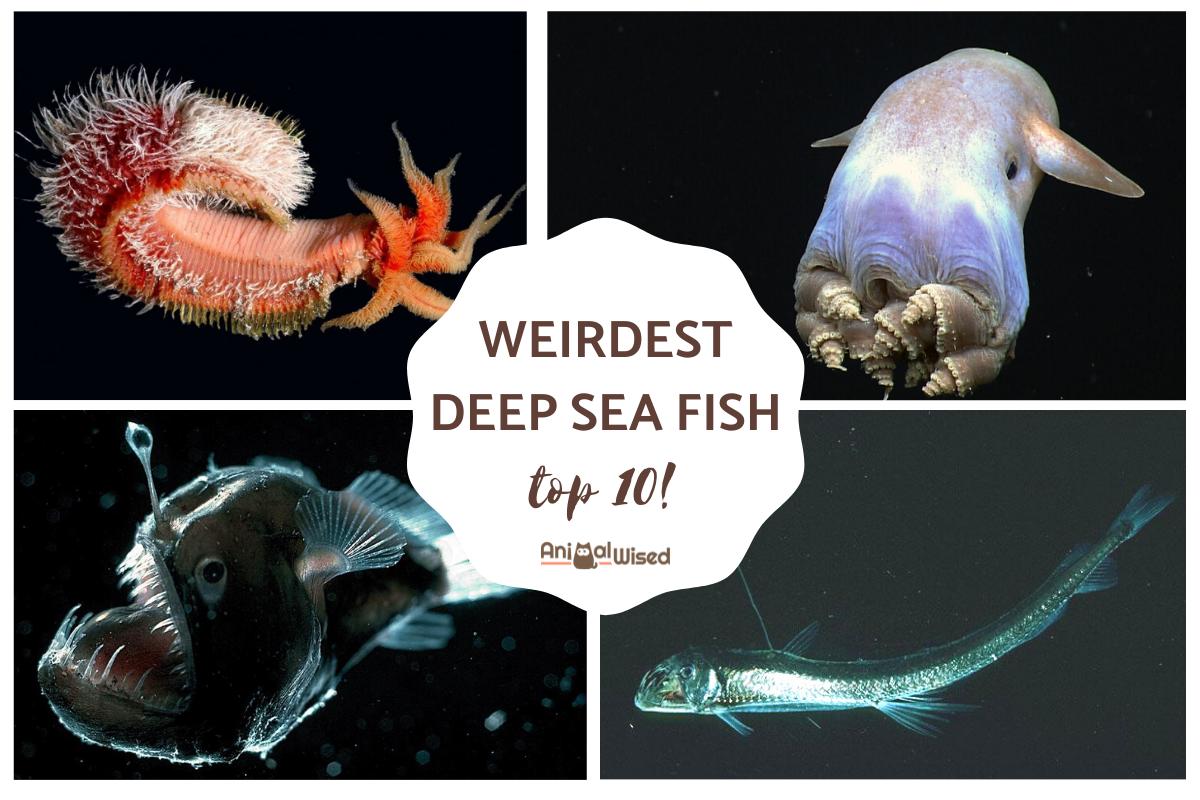 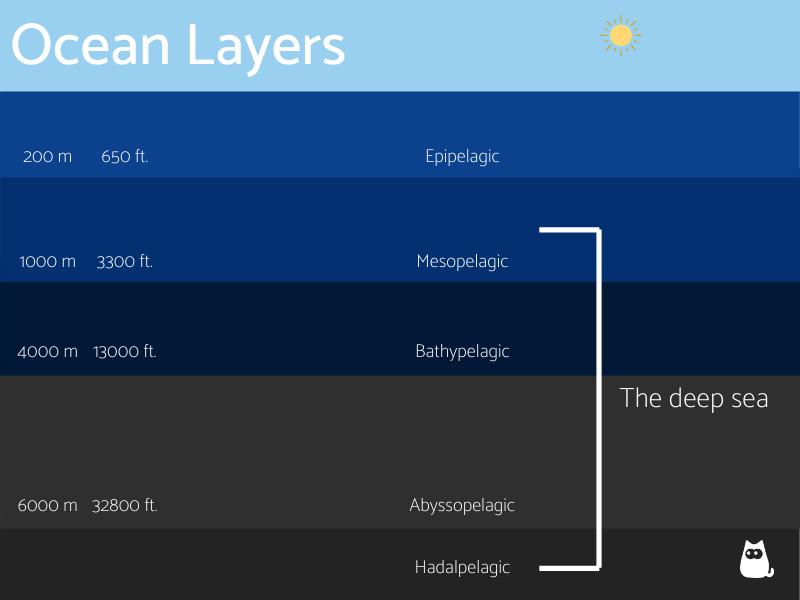 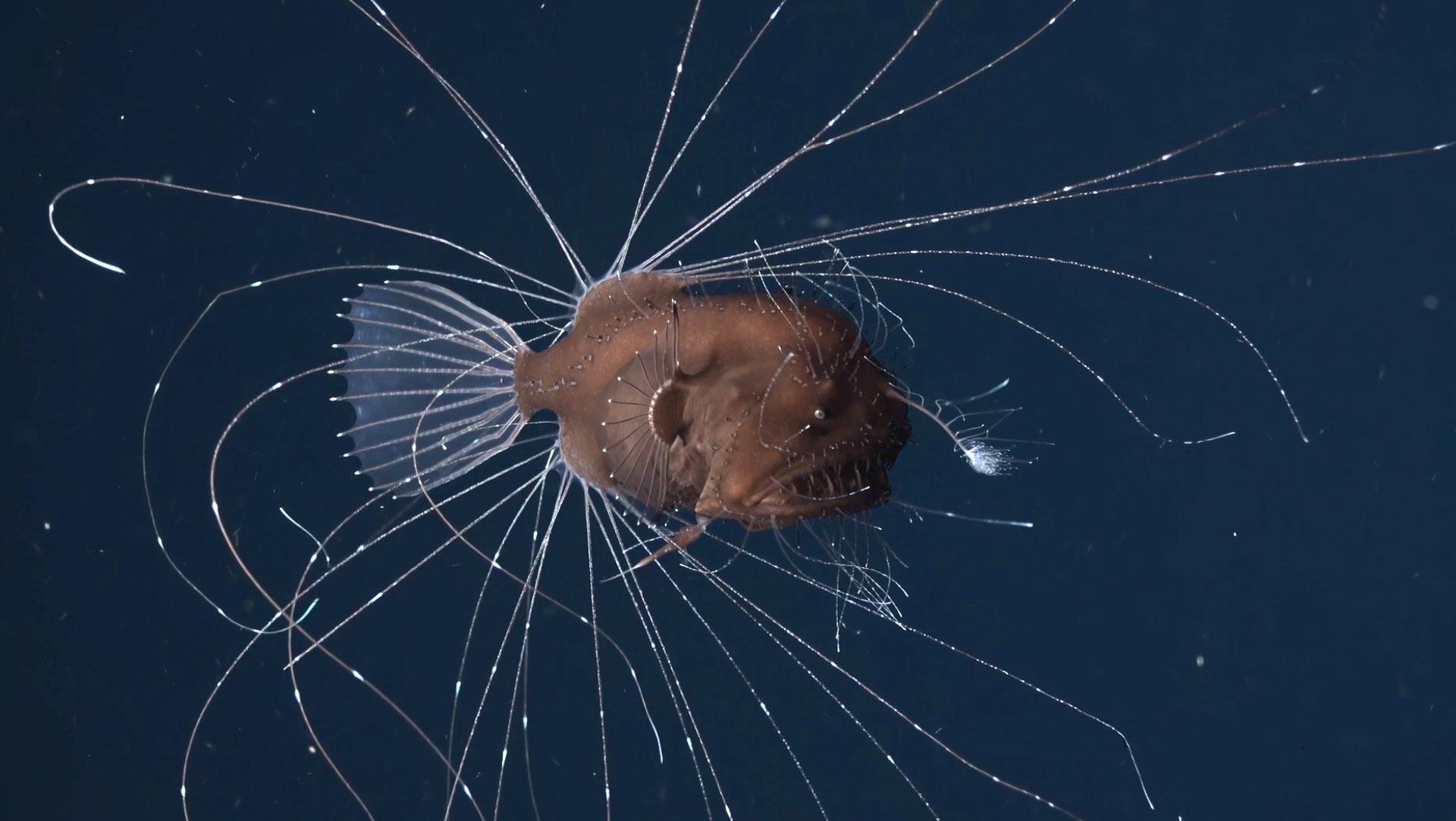 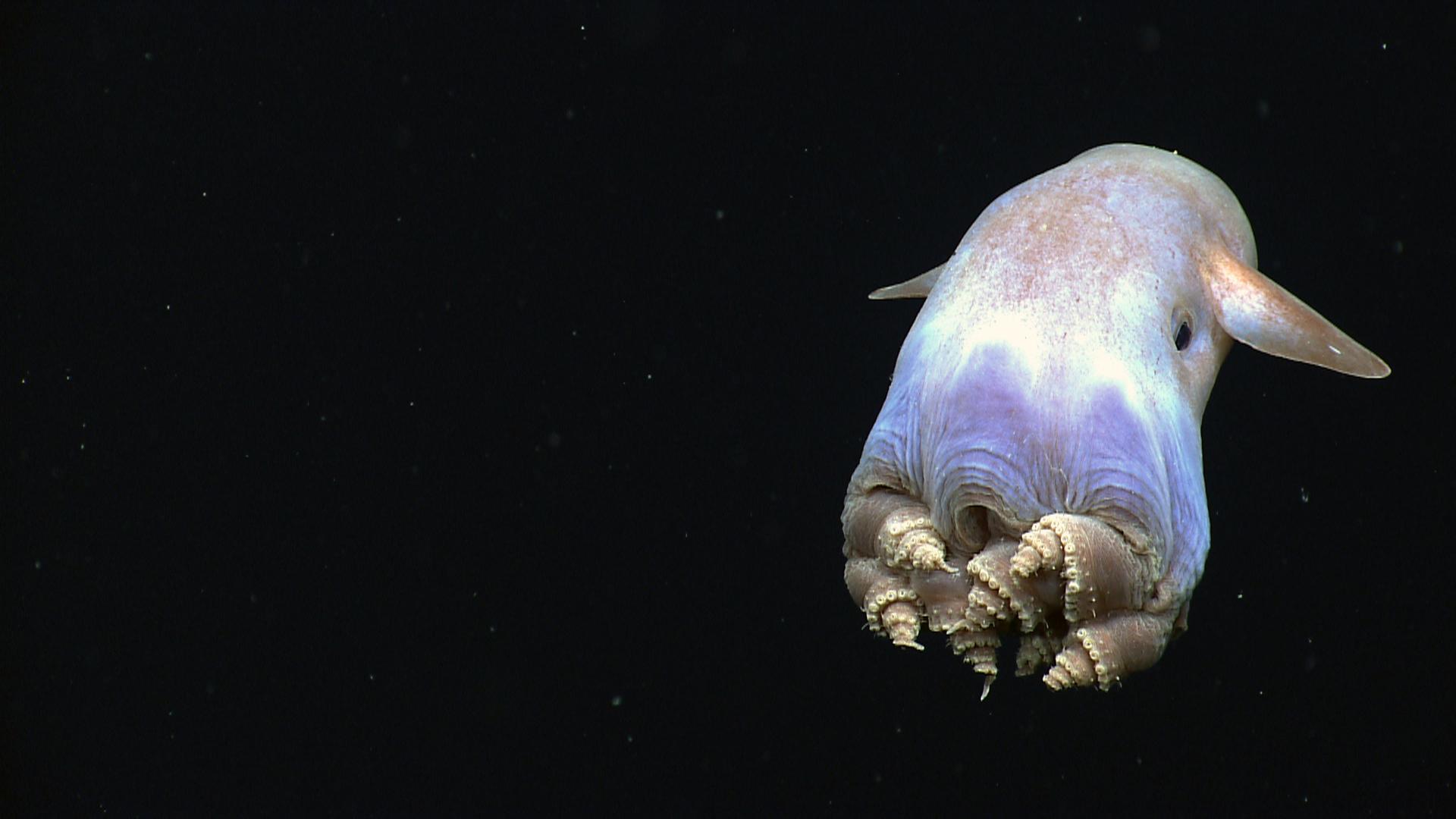 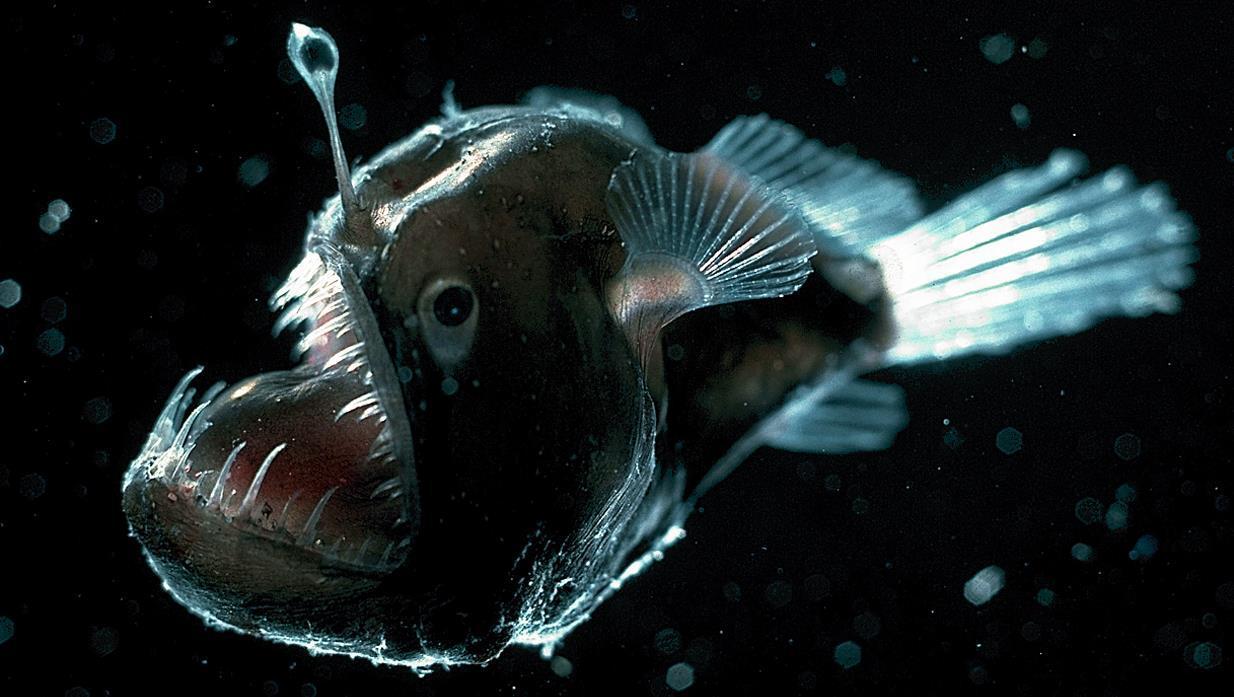 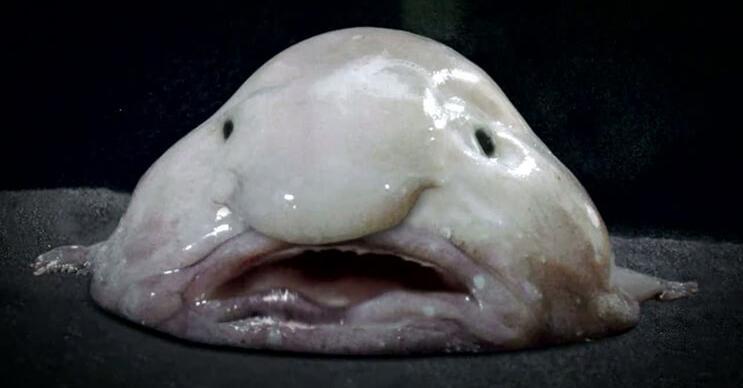 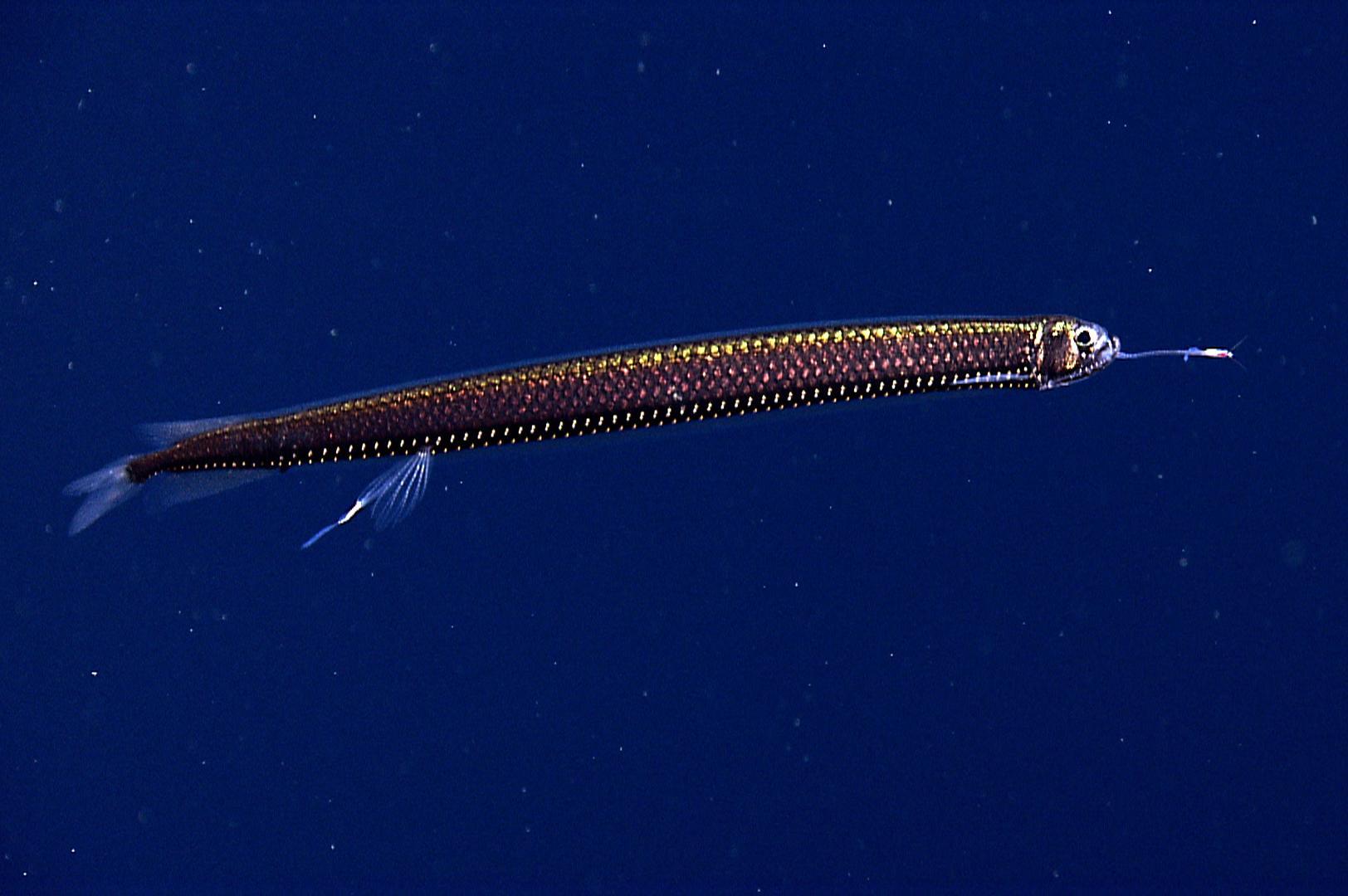 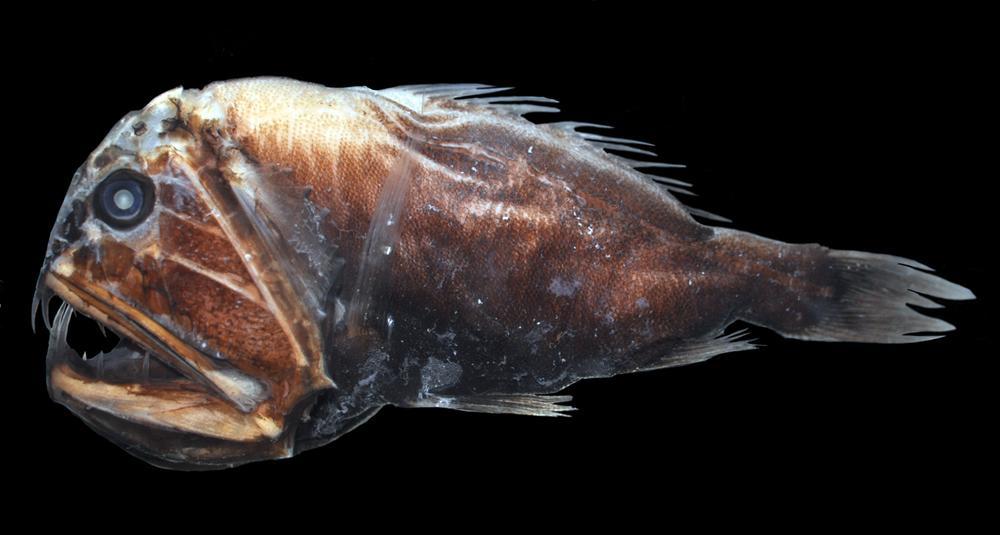 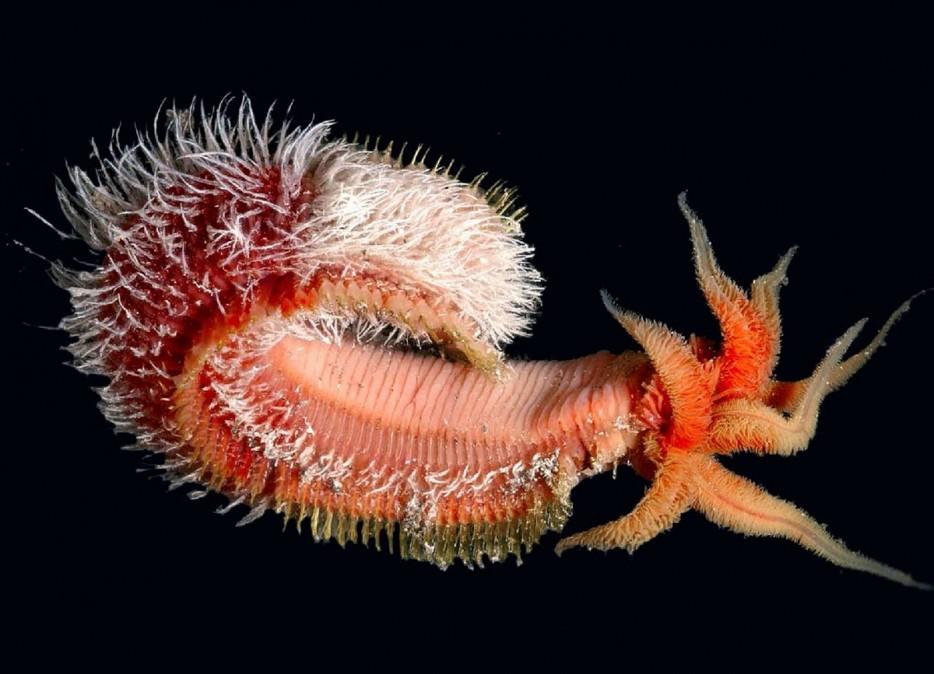 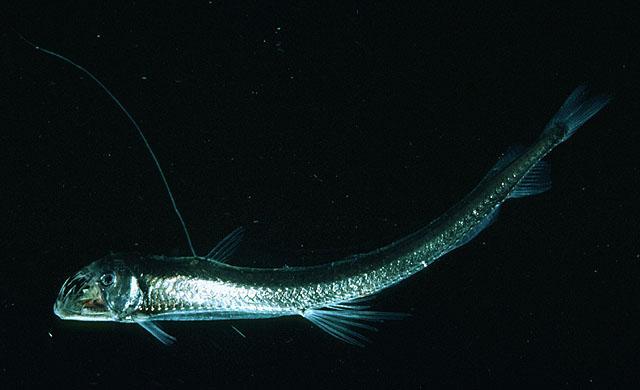