Types of Ants - Characteristics and Photos

Ants are a common insect distinguished by their surprising sense of organization. These eurosocial insects evolved about 140 million years ago and can now live and survive in almost any type of habitat around the world. But, because these insects are so small and we have become so used to them, some of us can tend to forget about how amazing they really are.

Do you want to find out everything you need to know about the ant species? If so, you’ve come to the right place! Here at AnimalWised not only will we be offering you a list of the most common 10 types of ants, and we’ll also include some pictures and interesting characteristics of each, keep reading to discover more about different types of ants.

For more about these creatures, we recommend reading our article where we discuss fossorial animals: what animals live underground?

How many types of ants are there

Ants are among the most common insects in the world. They are able to survive in almost all habitats and, sometimes, ant colonies are so abundant that they become a plague, difficult for human beings to control.

But, how many different types of ants are there? It is estimated that there are around 20,000 species of ants. Each of these species have different behaviors and characteristics but there are also several elements that they have in common. These elements include:

Keep reading to discover the most common types of ants and ant identification chart in the world:

Types of ants that bite

Ants generally defend themselves through bites. Sometimes these bites can be insignificant for people, but lethal for certain animals, especially other insects. There are some ants, however, that are incredibly dangerous and one bite from one of these can trigger sever complications and even death.

The world’s most dangerous ants and types of ants that bite include:

The bullet ant or Paraponera clavata can be found in South America, mainly in countries such as Nicaragua, Paraguay, Venezuela, Brazil and Honduras. This type of black ant is known for having the most painful insect bite in the world, very similar to that of being shot by a bullet. A sting from this animal is considered thirty times more painful to a wasp’s sting.

A bullet ant bite can cause chills, sweating and even insensibility of the affected limb.

The bulldog ant, Giant killer bulldog ant or Myrmecia is located in Australia and New Caledonia. This ant is characterized by its huge yellow jaw, in addition to its reddish and brown tones. The bulldog ant carries a powerful poison capable of generating a painful burn on the skin which can leave permanent scarring or an incredibly severe allergic reaction, which has been known to be fatal.

According to the Guinness Book of World Records, the bulldog ant is the most dangerous ant in the world.

The red imported fire ant, also known as the fire ant or Solenopsis richteri is deep black in color with fire tones. This ant, native to South America, is distinguish by its especially aggressive behavior. Unless provoked, it’s not common that this ant will bite / attack humans. The red fire ant has an incredibly poisonous bite, capable of causing persistent pain, similar to that of a wasp.

Fire ants can be found in Texas, Florida and most southern states.

The African ant, Pachycondyla analis or Megaponera foetens, is one of the most dangerous species of ant in the world and can be found in Senegal, Sierra Leone, Nigeria, Ghana, Cameroon and Togo. They can measure between 5 and 18 mm and have a sting as well as strong triangular jaws, capable of piercing human skin.

Its neurotoxic venom is especially powerful, with which they manage to paralyze their victims.

Types of ants in a colony

As we’ve already mentioned, there are millions of ants all over the world. However, not all are poisonous. In general, there are many types of ants in house, homes or spaces that do not bite.

Some of the most widely distributed ant species around the world include:

The carpenter ant, Camponotus, is an ant species that inhabits America, Europe and Africa. There are two types of carpenter ant nests, divided between parent colonies and satellite colonies. This ant owes its name to the fact that they build their nests in wood. This can, however, have devastating consequences for the environment as these ant colonies expand and cause extensive damage to tree structures. In general, carpenter ants take refuge in rotten wood, which meets the appropriate humidity conditions of humidity to keep them alive.

Carpenter ants are common in places such as Illinois, Florida and Texas.

The Argentine ant, scientifically referred to as Linepithema humile is endemic to Argentina, Paraguay and Uruguay. The Argentine ant measures around 2 to 3 mm, but they are especially aggressive and will battle for the control of the territory. When these ants invade space, however, their power and abundance often diminishes native species, causing irreversible changes to the ecosystem.

Argentine ants are common in humid areas such as Florida.

There are, in fact, more than 40 species of leafcutter ants, which all belong to the genera Atta and Acromyrmex. These ants are characterized by their complex social forms of organization. A leafcutter ant colony is is divided into different classes known as castes: made up of a queen, soldiers, foragers and planters. Each individual has a specific objective to fulfill within this colony.

The queen is in charge of finding suitable nests and reproduction. The soldiers protect the colony from external threats and the foragers are in charge of digging tunnels and looking for food for the other ants. The planters, on the other hand, take care of the cultivation of fungi, larvae and developing eggs. This species of fieldcutter ant can be found from Panama to northern Argentina.

The odorous house ant or Tapinoma sessile is also known as the sugar ant or coconut ant and is part of the list of types of house ants. This house ant is native to the United States. When crushed, these ants release an unpleasant smell, hence their name. The odorous house plant live under under rocks, logs, debris or in other objects, including cracks in walls and floors.

The red wood ant of wood or Formica rufa is a very common ant in Europe. These ants create large and visible colonies in dense forests, which are inhabited by around 200,000 individuals. They are omnivorous animals that feed on invertebrates, fungi and vegetables. These ants make up our list of ants that bite, but are as dangerous as those mentioned above.

The harvester ant or Messor barbarus is a type of ant which can be found in Spain, Italy, France and Morocco. This ant type create nests in the ground and are strictly granivorous animals. This ant species stands out for its impeccable hygiene, as they are constantly cleaning themselves and their nests.

Types of ants with wings

It’s important to know that only reproductive ants have wings. Therefore, just because one ant of a species will have wings, it doesn’t mean they all do. These ants will only have wings for the breeding season. After breeding, the queen will lose her wings, ready to start a new nest and males die shortly after (a couple of months).

Now that we’ve discussed the most common ant types, you may be wondering, ‘‘What kind of ants are in my house?’’ Some of which we’ve already mentioned. The most common types of house ants include:

What do ants eat?

One of the best ways to make sure ants do not infest your home is by knowing what they eat. Most ant types feed on sugary nectar, so if you notice ants near your fruit, we recommend moving them so that the ants do not gather.

If you’ve noticed an ant infestation in your home, we recommend consulting a local pest professional to deal with the problem.

For more, you may be interested in reading our article where we discuss organisms that live in extreme environments.

If you want to read similar articles to Types of Ants - Characteristics and Photos, we recommend you visit our Facts about the animal kingdom category.

Types of Ants - Characteristics and Photos 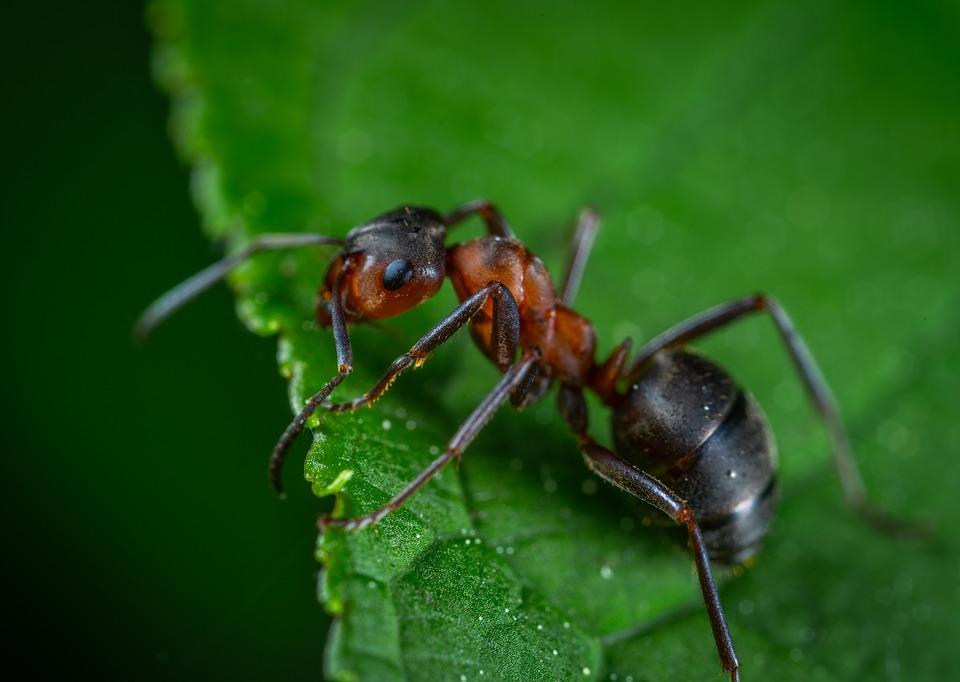 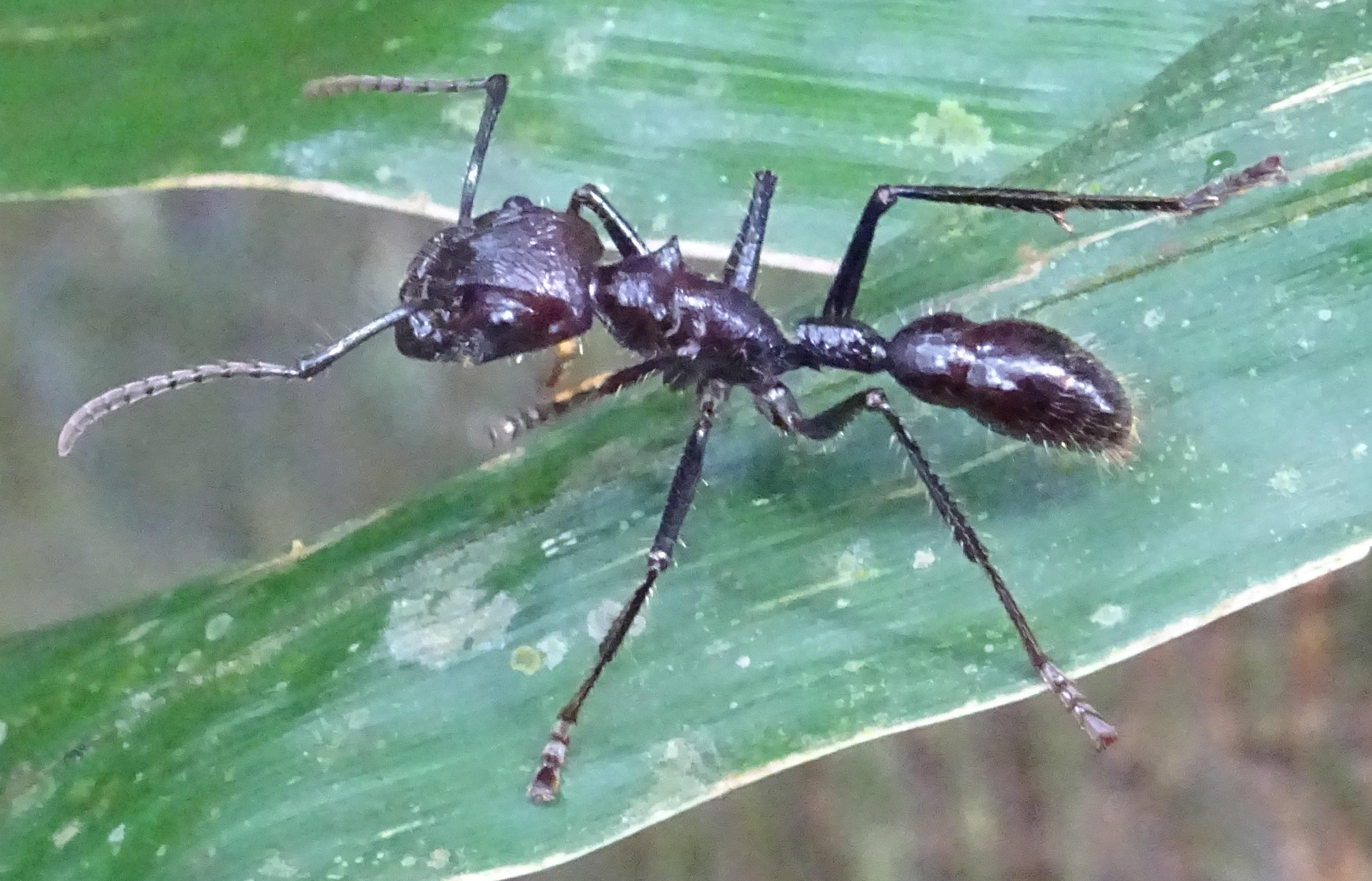 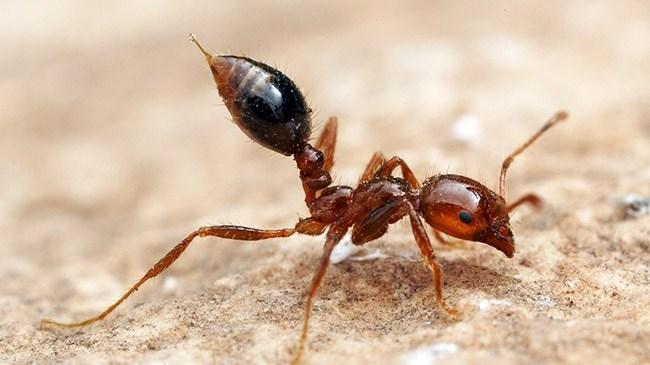 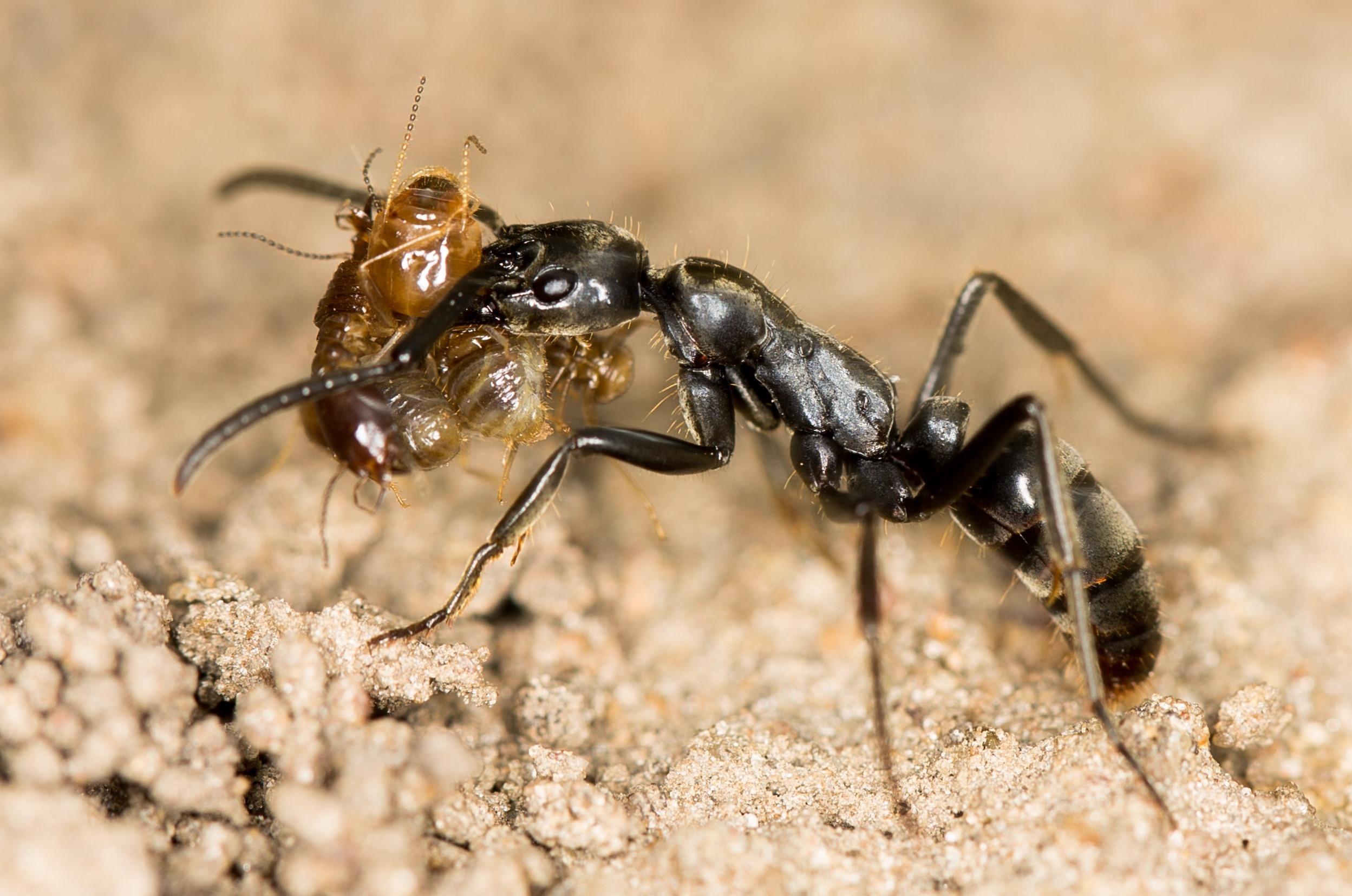 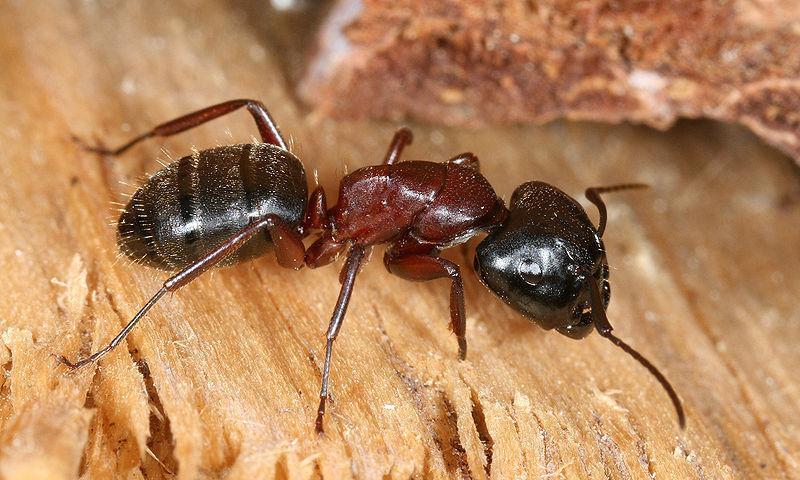 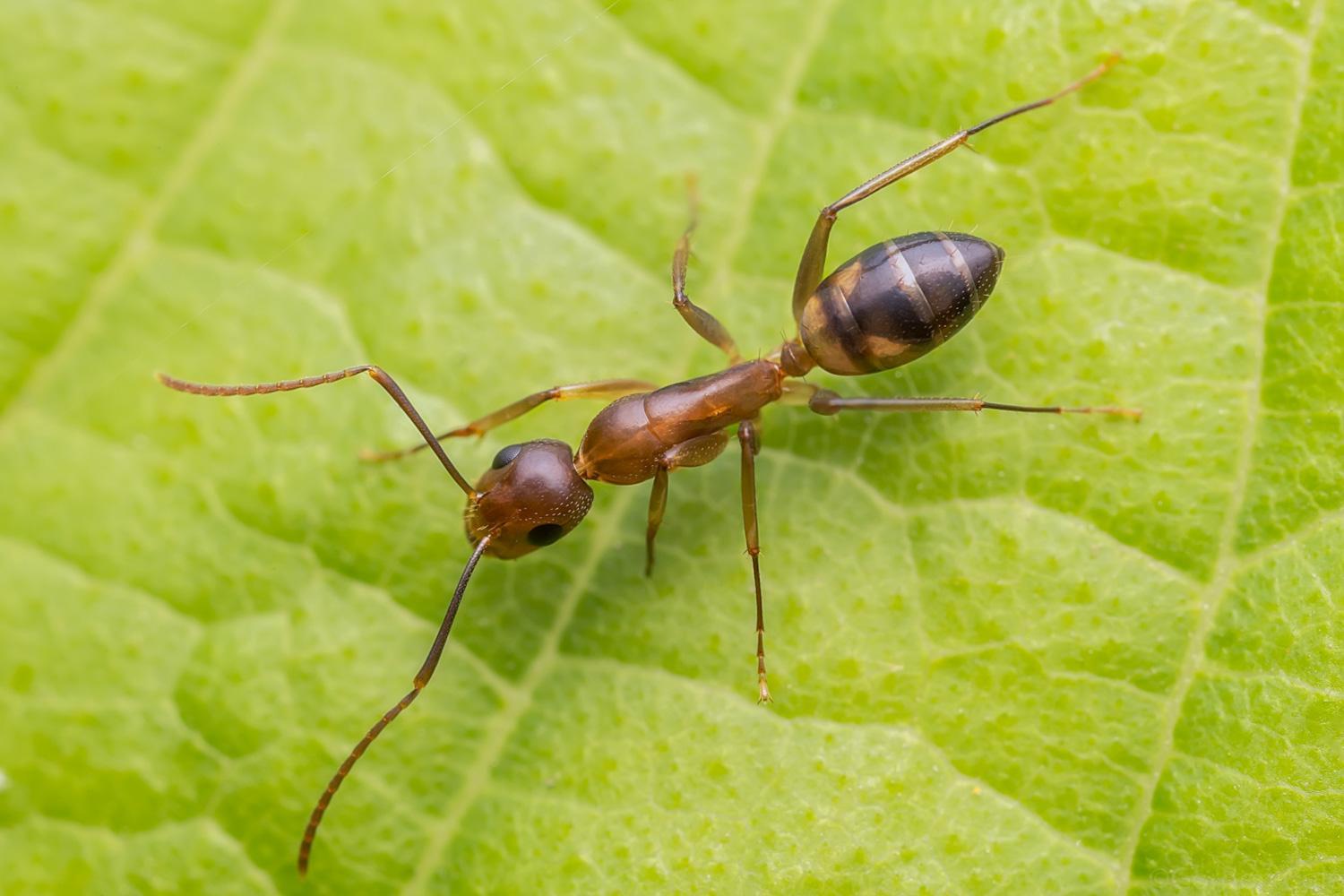 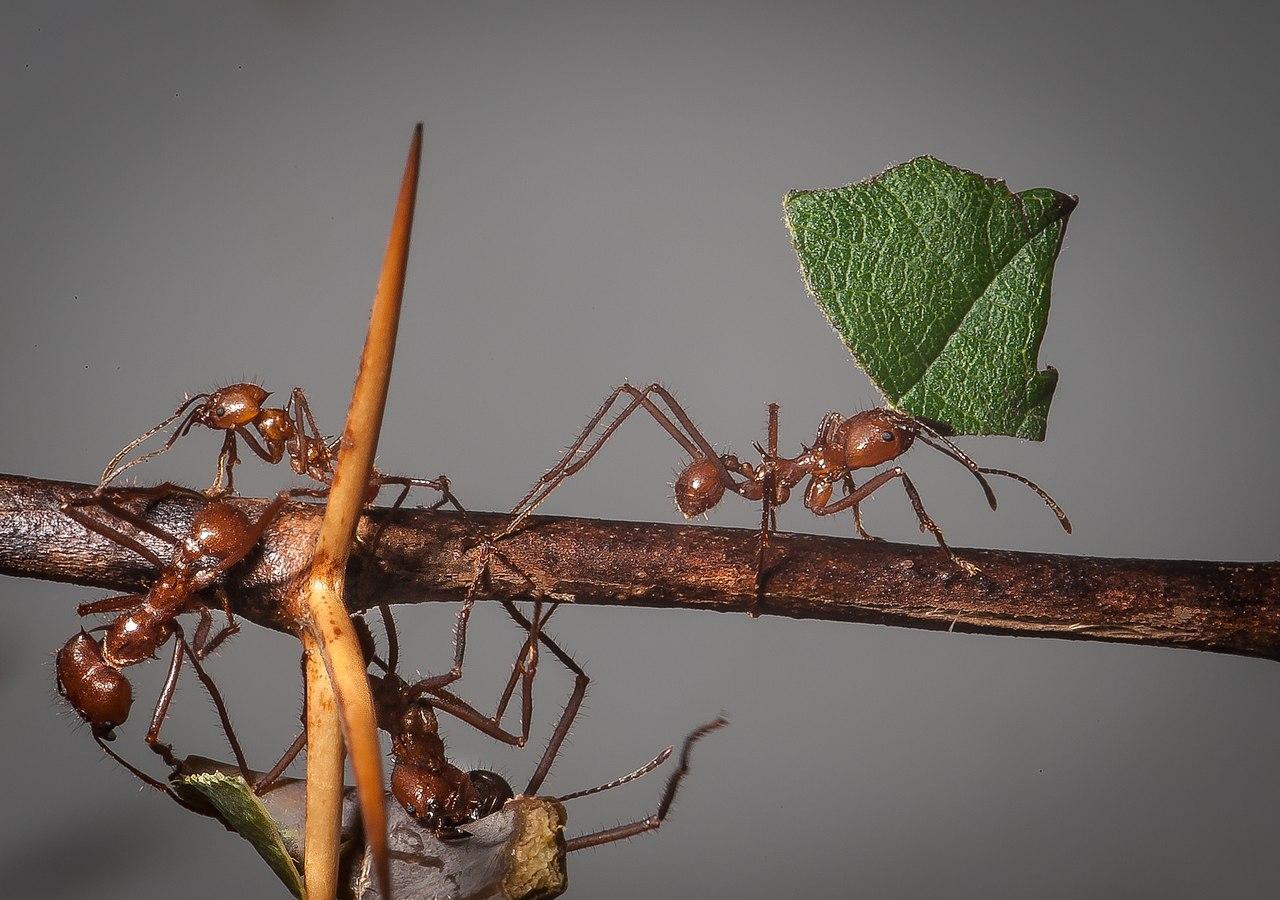 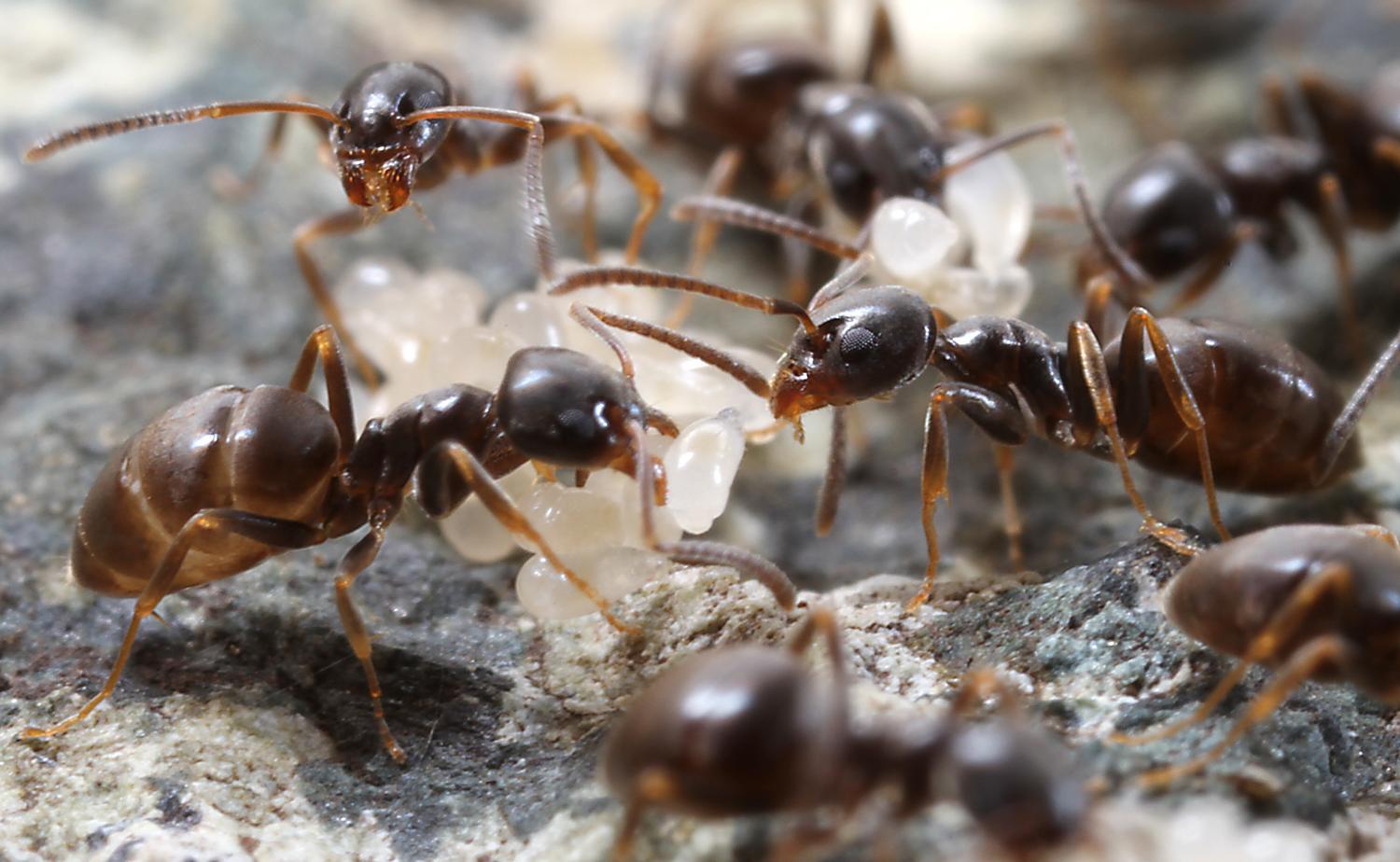 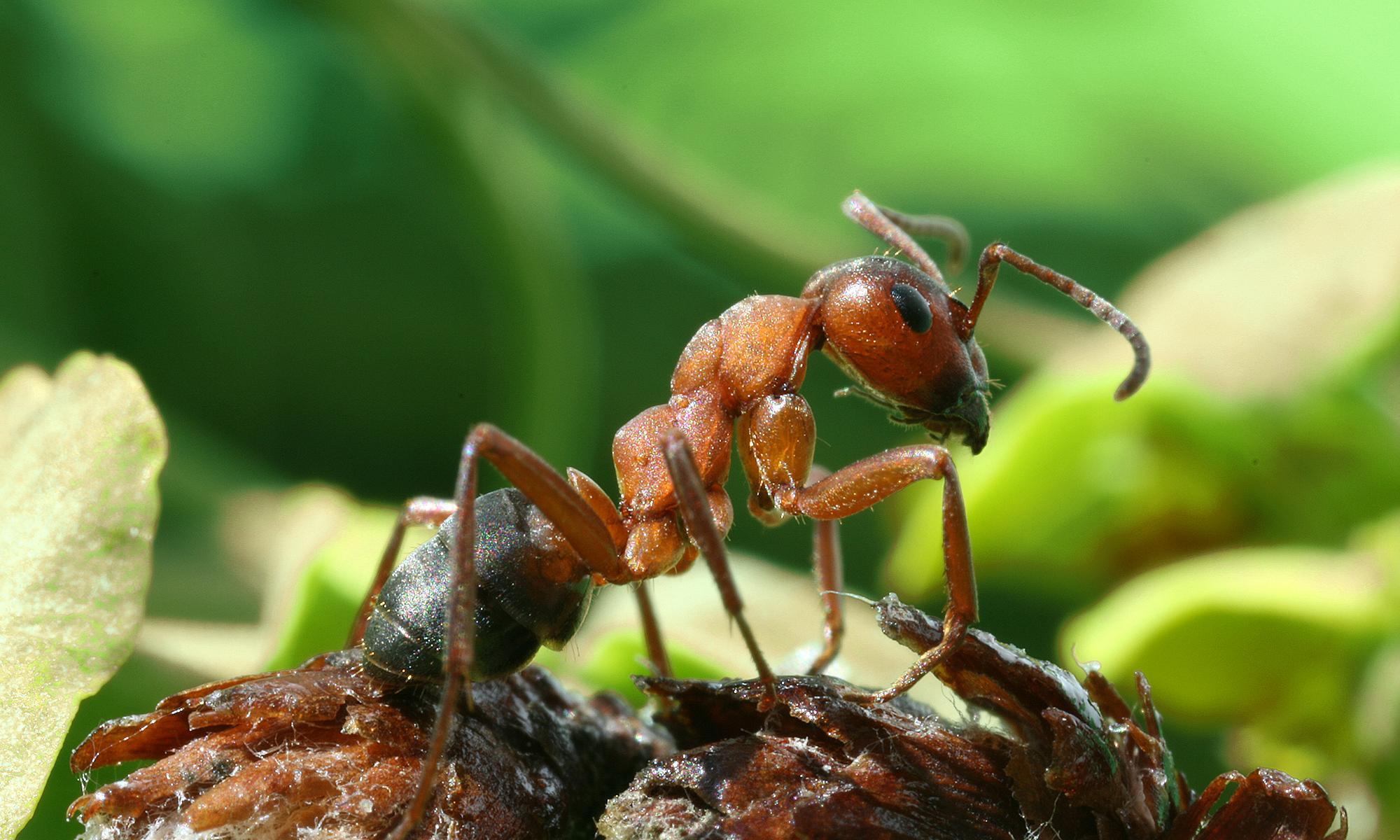 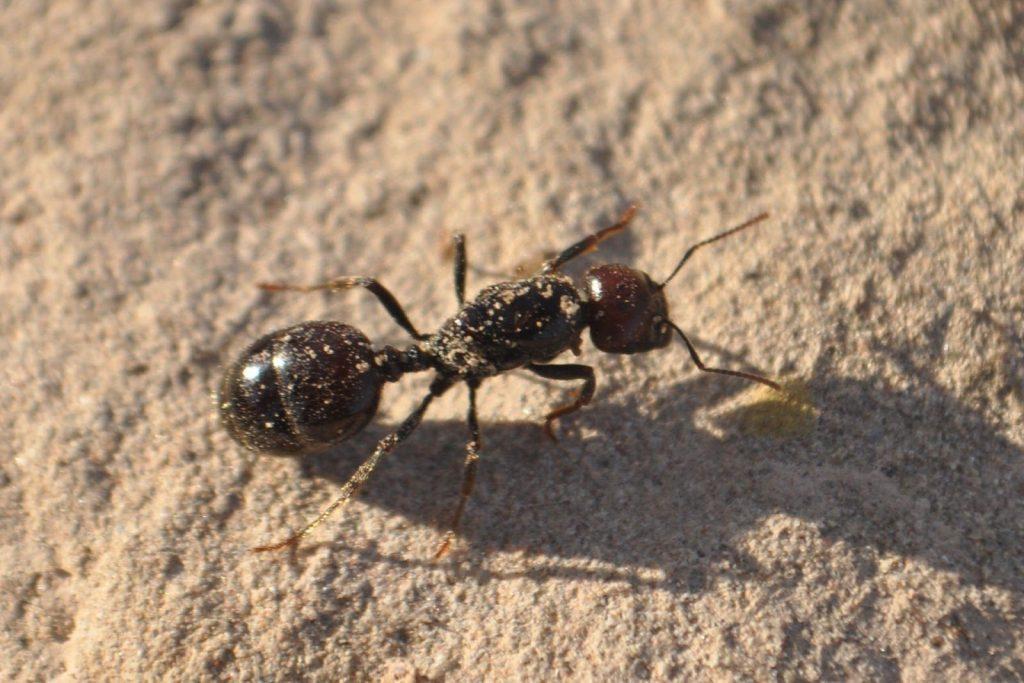