Types of Jellyfish - Names and Characteristics

Jellyfish are one of the most feared animals that inhabit the world’s oceans, usually because of their painful and sometimes deadly bite. Have you also heard of the classical legends of giant jellyfish capable of sinking ships? There is no denying that many jellyfish are extremely dangerous, but this is simply their way of feeding. Jellyfish do not actively hunt their prey, instead, they wait for prey to fall into their long tentacles.

Are you wondering how many types of jellyfish are there in the world? If so, you’ve come to the right place. Keep reading here at AnimalWised to discover everything you need to know about the jellyfish genus, jellyfish classification and jellyfish facts.

You may also be interested in: Animals Without A Brain - Names & Characteristics
Contents

Jellyfish form part of the phylum Cnidaria. This phylum contains roughly 10,000 species of jellyfish, of which only 20 are freshwater, while the rest are classified as marine animals. A jellyfish’s body is characterized by its radial symmetry which divides the animal into several imaginary lines. All vertebrate animals, on the other hand, are characterized for their bilateral symmetry, which only divide them into two parts (right and left). Another amazing jellyfish fact? Jellyfish do not have a central nervous system.

A jellyfish’s body is made up of a blind sac with a single entry/exist hole, specifically situated for food consumption and waste deposits. This ‘hole’ acts as both a mouth and anus. Inside this sac we can find a jellyfish’s digestive cavity, commonly referred to as the gastrovascular cavity. This cavity acts by both digesting food and sending nutrients and oxygen to the rest of the body.

A jellyfish’s mouth is shaped like a bell or umbrella, constituting the characteristic umbrella shape of these animals. Despite its general simplicity, jellyfish possess highly developed sensory organs, located on the edge of its umbrella. Here you can find its visual organs such as jellyfish ocelli (eyes) and static organs known as statocysts, that help them maintain balance.

Jellyfish also have specialized cells known as cnidocystes. There are several types of cnidocytes in a jellyfish’s body, the most common being the the nematocyst. This type of cnidocyste is known for is capability of stinging, which jellyfish use as a hunting and defense mechanism.

Another very important jellyfish characteristic is that they can take on two bodily forms: the polyp form, which is generally benthic, where they live anchored to the seabed. The second, planktonic, are usually solitary, unlike the colonial polyp form. Some species of jellyfish only take on the polyp from, while others take on both the polyp and planktonic form.

For more we recommend reading our article where we discuss all animals without a brain, including their names and characteristics.

Where do jellyfish live?

Jellyfish are aquatic animals. If not in water, jellyfish dry out extremely quickly, specifically because 90% of a jellyfish’s body is made up of water. Jellyfish area type of zooplankton, which means that they live freely in the ocean and are not anchored. Instead, Jellyfish are dragged by currents of both cold and warm water, and they can only actively move up or down the water column.

For more jellyfish facts, we suggest taking a look at our article where we discuss how do jellyfish reproduce?

what do jellyfish eat?

Jellyfish can be predatory or feed on suspended matter. This means that jellyfish either actively hunt fish and plankton or filter surrounding water, thus trapping food particles. When hunting fish, jellyfish use their tentacles and cnidocytes to sting. Once the fish is no longer moving, the jellyfish will move it to its mouth with the help of its tentacles, passing in to its digestive cavity.

In addition to fish and depending on the size and type of jellyfish, it may feed on eggs, larvae, shrimp and crustaceans.

For more, we recommend taking a look at our article where we list the 10 most venomous animals in the world.

Some harmless jellyfish species include:

Jellyfish species vary largely in size. Some jellyfish are so small they equal in size to a fingertip, as is the case with the Irukandji jellyfish. This extremely small jellyfish is still, despite its tiny size, considered one of the most venomous species of jellyfish in the world.

On the other hand, you can also find gigantic jellyfish that exceed two meters in diameter and more than 200 kilograms in weight. If, in addition, we measure the tentacles, some jellyfish can reach up to more than 30 meters in length. The Arctic lion’s mane jellyfish, for example, is considered one of the largest jellyfish species in the world. But no jellyfish type can compete with the giant Nomura’s jellyfish (Nemopilema nomurai) which can measure more than three meters in diameter.

For more, read about the largest jellyfish in the world here.

Some jellyfish have a special capacity that makes them immortal. The Turritopsis nutricul, commonly known as the immortal jellyfish, can revert its sexual maturity stage. This means that once this immortal jellyfish species reaches its adult stage, it returns back to its polyp state, anchoring itself again to the seabed.

For more about this reverse aging process, we recommend reading our article where we discuss which animals live the longest.

There are several types of jellyfish which can be found in the Mediterranean sea, some of which include the jellyfish genus:

If you want to read similar articles to Types of Jellyfish - Names and Characteristics, we recommend you visit our Facts about the animal kingdom category.

Types of Jellyfish - Names and Characteristics 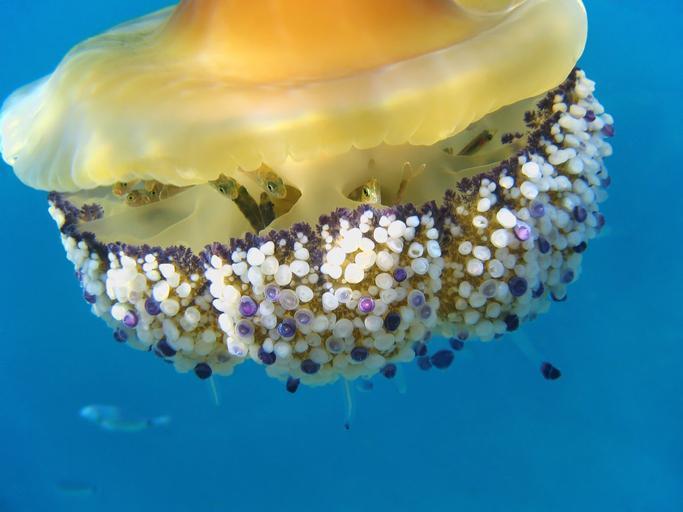 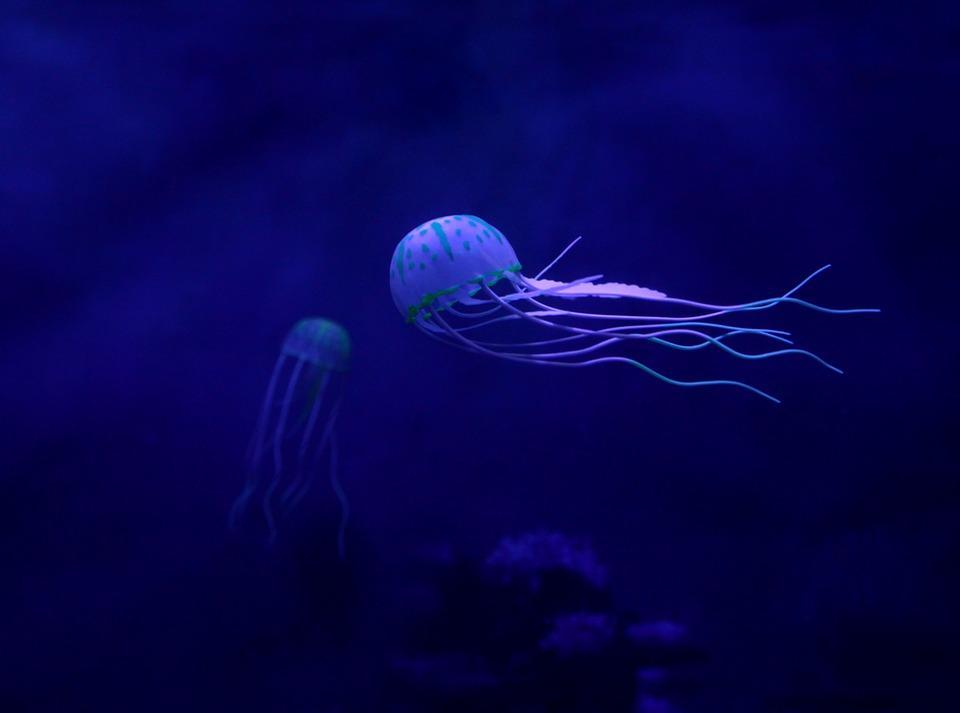 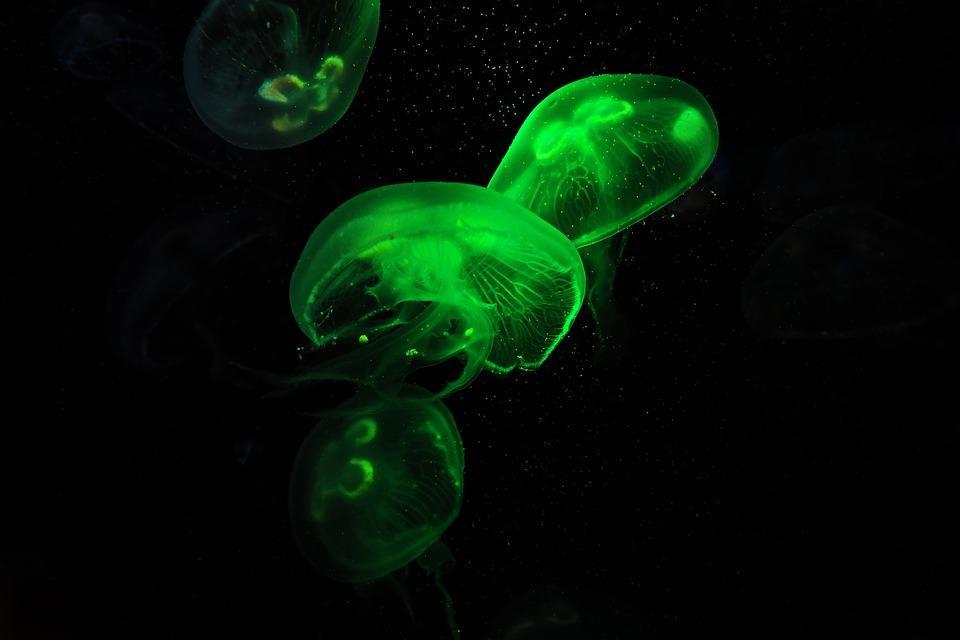 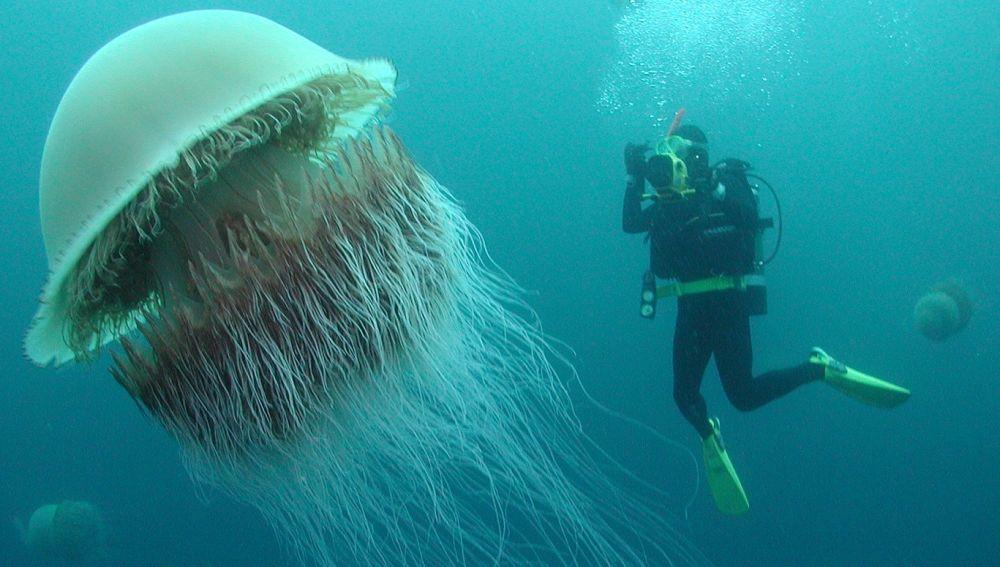 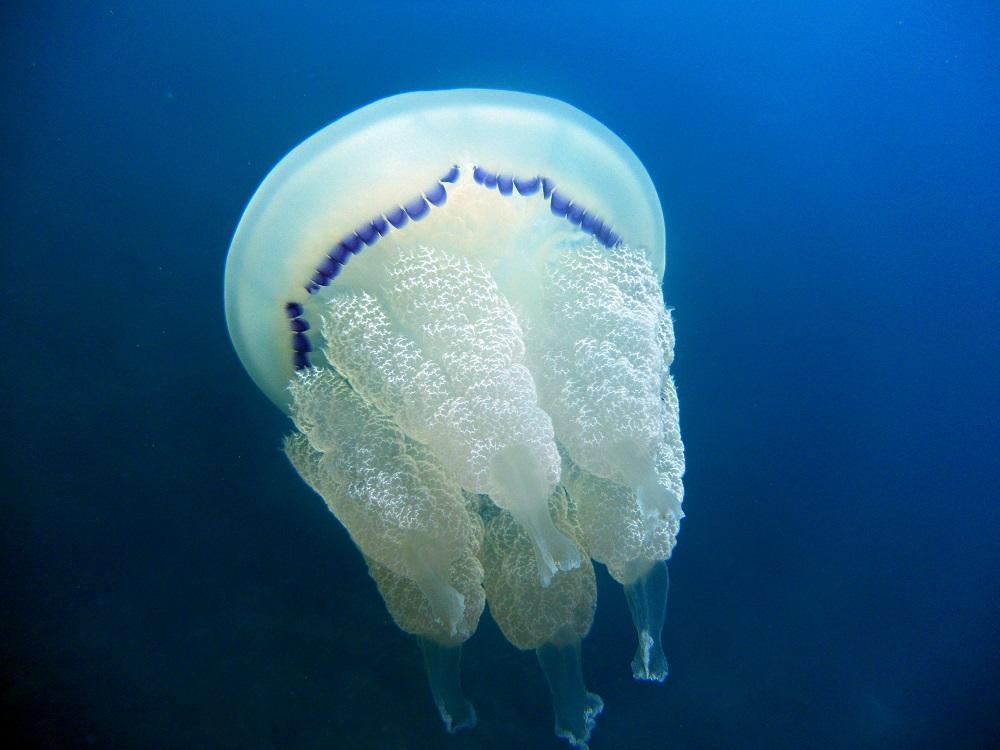 Image: Aguamala jellyfish
1 of 5
Types of Jellyfish - Names and Characteristics
Back to top