Types of Snails - Marine and Terrestrial

Snails are shelled gastropods most commonly recognized for their slimy shell-covered bodies. Did you know that there are are roughly 43,000 snail species in the world? These snail types are classed into groups which include land snails, sea snails and freshwater snails.

Whether marine or terrestrial, these gastropods remain a mystery to many. If you’re curious about snail classification and want to discover all snail types, keep reading here at AnimalWised. Not only will we be discussing everything you need to know about the snail family, but we’ll also be including some photos and fun snail facts. Keep reading to uncover more!

Sea snails, like land and freshwater snails, are gastropod molluscs. This means that they belong to one of the oldest animal phyla on the planet.

Marine snails, also referred to as prosobranchs, are characterized by their soft and flexible body, as well as their conical or spiral shell. There are thousands of marine snail species, and diet depends largely on the species. However, most sea snails tend to feed on plankton, algae, corals and flora traces. Some sea snails species are carnivorous, and they feed on clams and smaller marine animals.

Some sea snail types breathe through gills, while others have a primitive lung that allows them to take in oxygen from the air. Keep reading below to discover the most common types of sea snails:

Known more commonly as the ‘magic cone’, this sea snail inhabits both the Pacific and Indigo oceans. The Conus magus species is characterized by its poisonous sting which can be lethal. Magic cone sea snail poison has roughly 50,000 different components, referred to as conotoxics.

Did you know that Conus magus poison is used in the pharmaceutical industry? Its poison components are isolated to produce pain-relieving medications used for patients suffering from cancer and HIV.

Known as common Limpet, this type of sea snail is endemic to the waters of western Europe. It is usual to find this marine snail stuck to rock shores or shallow waters. The common limpet is among the most consumed snail species by humans.

The common whelk (Buccinum undatum) mollusk can be found in the surrounding waters of the Atlantic Ocean, where it prefers to inhabit areas with temperatures of roughly 29 degrees. The type of snail species does not tolerate air exposure. If removed from the water and exposed to air, its body its body will dry out.

Most commonly referred to as Abalone, these sea molluscs belong to the Haliotidae family and are greatly appreciated in the culinary world. Abalones can be found in waters surrounding São Tomé and Príncipe, off the coast of Gabon, Africa. This sea snail is characterized by its oval spiraling shell and they attach to rocks, where they feed on plankton and algae.

Also referred to as the common periwinkle, the Littorina littorea it is a mollusc that can be found in abundance in the Atlantic ocean, specifically around areas surrounding North America and western Europe. Winkle snails are characterized by a smooth dark spiraling shell. These sea snails generally reside on rocks or under boats.

Land snails are characterized by a soft body, more visible than their marine counterparts. Most land snail species breathe through lungs, although there are some that breathe through a gill system. Therefore, although they are considered terrestrial snails, these snails do require humid environments in order to survive.

Land snails release a type of mucus from the body, which helps to lubricate their muscular foot. This mucus allows them to move through any surface, smooth or rough. Additionally, land snails have a small tentacles on their heads, as well as a primitive brain.

Did you know that the garden snail is considered the slowest of all land snail types? For more, we recommend reading our article where we list the 10 slowest animals in the world.

Keep reading to discover the most common types of land snails:

Also know as the Roman snail or Burgundy snail, this common garden snail is widely distributed in Europe. This type of garden snail can reach roughly 4 cm in height, and vary in brown tones.The Helix pomatia is a herbivore and feeds on pieces of fruit, leaves, sap and flowers. This garden snail is nocturnal, and is a popular edible snail or escargot.

Known more commonly as garden snail, the Helix aspersa, can be found all over the world, including North and South America, Oceania, Europe, South Africa and part of the British Isles. This herbivore snail is usually found in and among gardens and crops. Because it often attacks and feeds on crops, the garden snail is often considered a burden to humans and is thereby killed off by pesticides.

The giant African snail (Achatina fulica) is a snail species native to the coast of Tanzania and Kenya, but can also be found in different tropical areas around the world.

This large snail measures between 10 and 30 centimeters in length, and carries a spiral shell with brown and yellow stripes. The giant African snail is nocturnal, and feeds mainly on: plants, bones, algae, carrion, lichen and even rocks, which it consumes for calcium.

Commonly known as decollate snail (Rumina decollata), this garden mollusc can be found in Europe, part of Africa and North America. The decollate snail is carnivorous and consumes garden snails. Because of this, it is often used as a biological form of pest control. Like other species of land snails, they are nocturnal and active at night and prefer rainy seasons.

The type of air breathing snail is endemic to the south of Spain, however, it is also possible to find them in several countries of South America, in addition to the United States and Algeria. This common garden snail species is characterized by its spiral brown shell with white dots. The Otala punctata is a herbivore and feeds of leaves, pieces of fruit, flowers and vegetables.

There are several thousand species of freshwater snails that can be found in the fresh waters of rivers, lakes and lagoons. A large number of these freshwater snails are also popular types of aquarium snails and are bred as pets.

For more about types of aquarium snails, we suggest reading our article where we list the best clean-up snails for your aquarium.

Keep reading to discover the most common types of freshwater snails:

Known as a New Zealand mud snail, this species of freshwater snail is endemic to New Zealand, but can also be found in Australia, Europe and North America. This snail carries a long shell with well-defined expiration,which can vary between white and gray. The New Zealand mud snail feeds on plant detritus, algae and diatoms.

Common known as the golden apple snail, this snail is among the most common types of aquarium snails. Originally distributed among the temperate waters of South America, it is now possible to find this snail in fresh waters as far away as Japan, Australia and India.

A golden apple snail’s diet varies, and can include algae found in the bottom of rivers and lakes, detritus, fish and some crustaceans. The species can become a pest for humans, since it often consumes cultivated rice plants and is, in some cases, a parasitic host.

The Leptoxis plicata, known commonly as the Plicata rocksnail, is a type of freshwater snail endemic to Alabama (United States). The species is listed as endangered and its main threats include changes to its natural habitat as a result of human activity, such as such as agriculture, mining and diversion of the riverbed.

The Bythinella batalleri is a species of freshwater snail that inhabits the fresh waters of Spain, where it has been recorded in 63 different locations. This snail type is classified as a least concern snail species, since many of its habitat has dried up as a result of pollution and exploitation.

This terrestrial gastropod mollusc is endemic to the underground freshwater of the Hérault valley in Southern France. The snail species is considered critically endangered and the number of henrigirardia wienini species that still exists is unknown.

If you want to read similar articles to Types of Snails - Marine and Terrestrial, we recommend you visit our Facts about the animal kingdom category.

Bibliography
Aquatic Reptiles - Types of Marine and Freshwater Reptiles
List of Cetaceans - Meaning, Types And Characteristics
Marine Animals of Baja California
Types of Porpoises - Characteristics of Porpoise Species
Related categories
Endangered animals
Most read
1.
What Animal am I According to my Zodiac Sign?
2.
10 Most Beautiful Animals in the World
3.
What Does It Mean When a Cat Shows Up at My Door
4.
Top 10 Smells Dogs Hate
5.
The 10 Most Solitary Animals in the World
6.
Why do Dogs Get Stuck when Mating?
7.
My Female Dog In Heat Won’t Accept A Male - Causes
8.
How Many Types of Lions Are There?
Types of Sea Turtles
Types of Annelids – Examples of Annelid Species
What are the Most Common Types of Seashells?
Classification of Invertebrates Chart With Definitions and Examples
The Origin and Evolution of Animals
Marine Prehistoric Animals
Aquatic Insects - Types of Water Insects
Types of Animal Reproduction 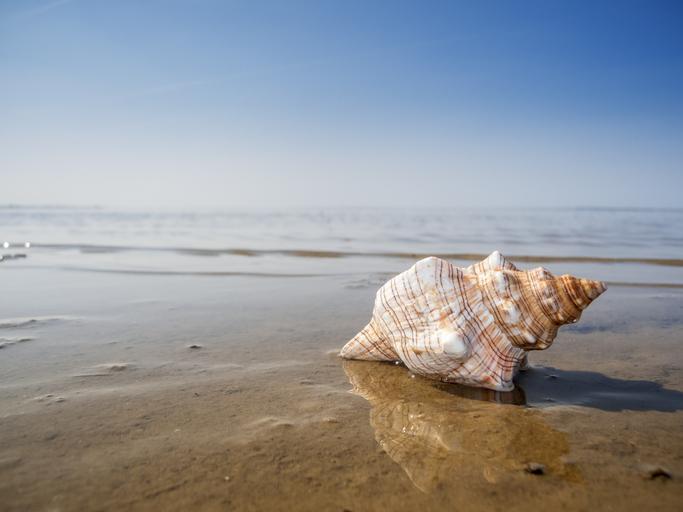 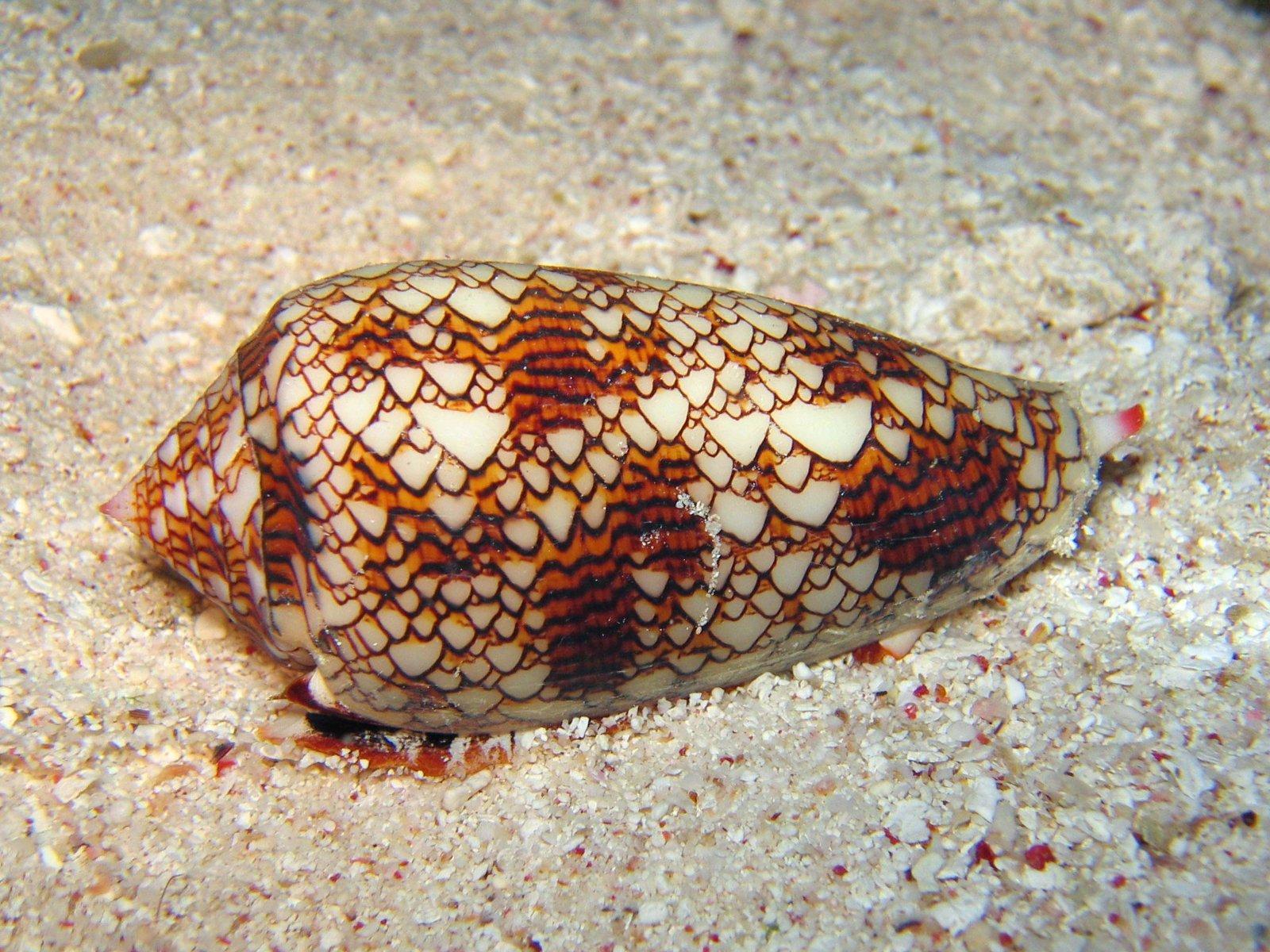 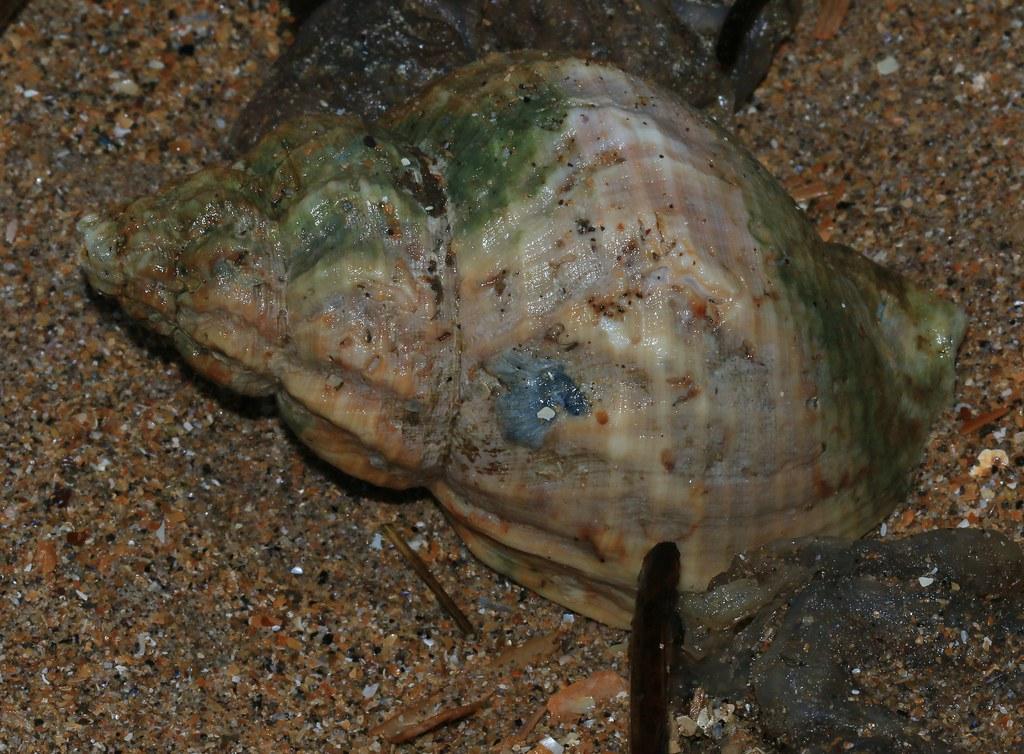 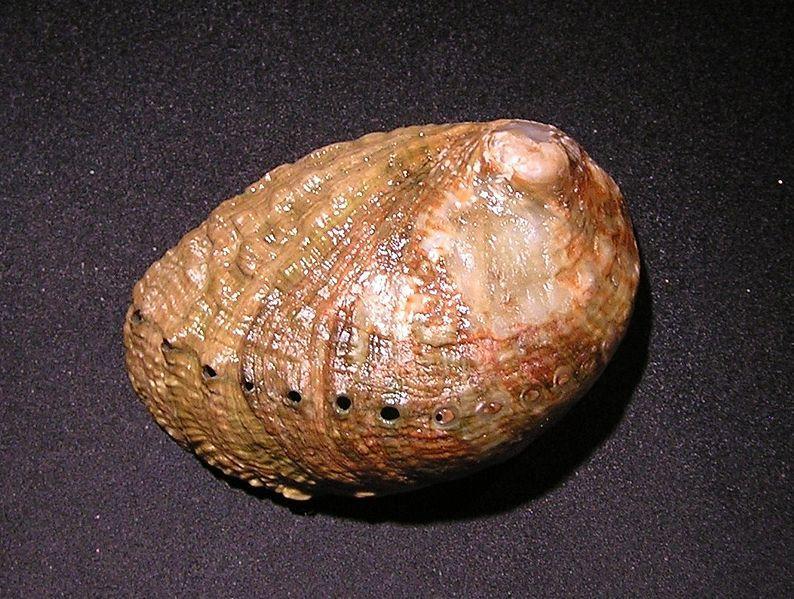 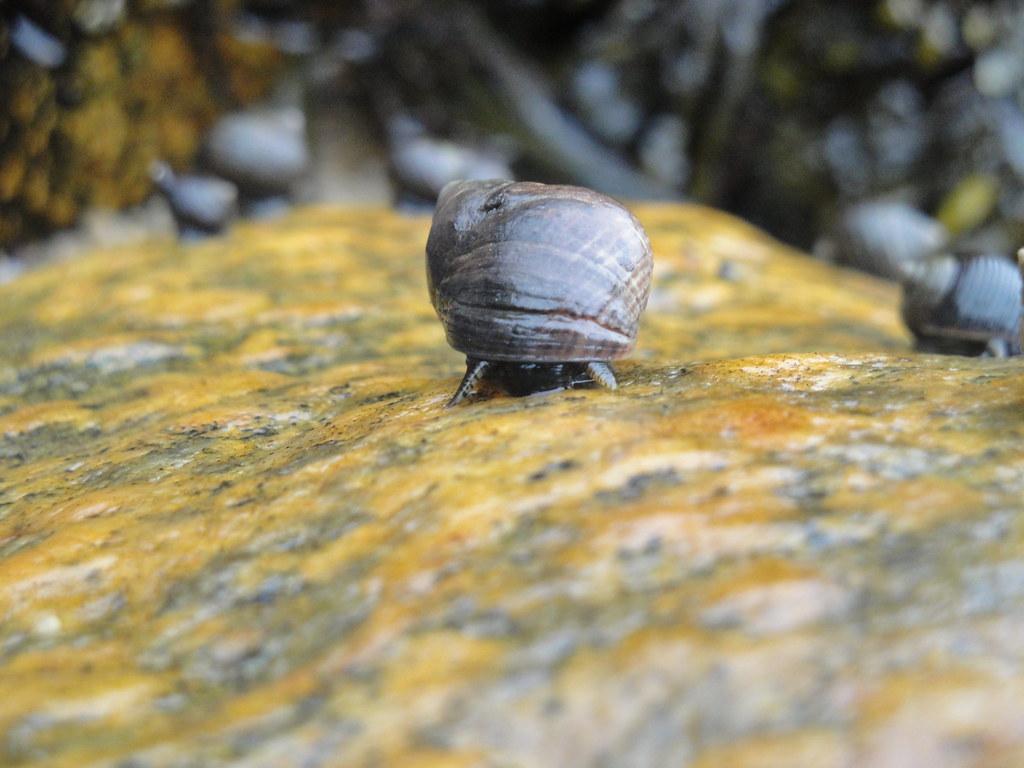 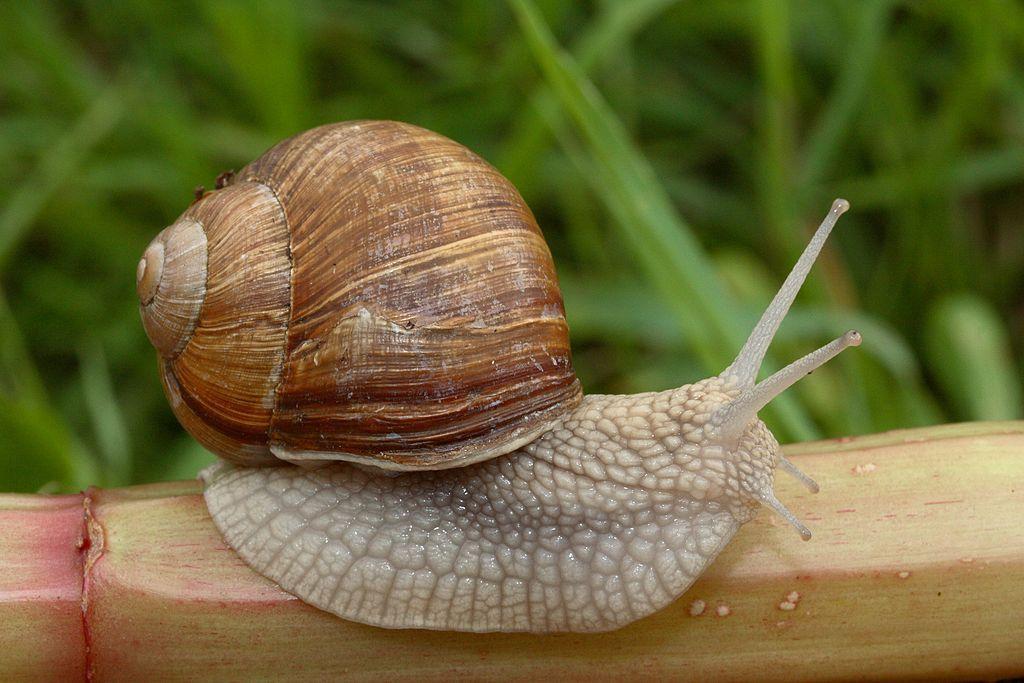 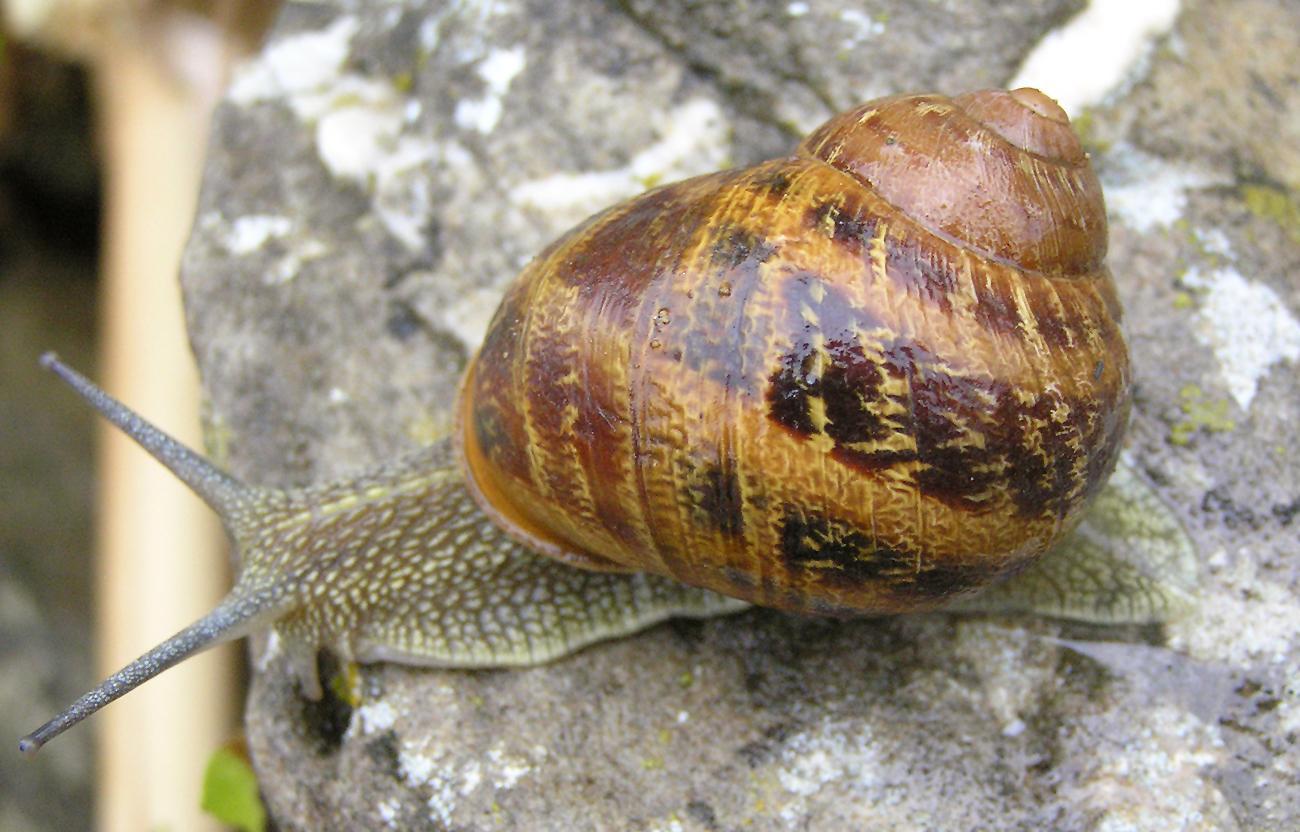 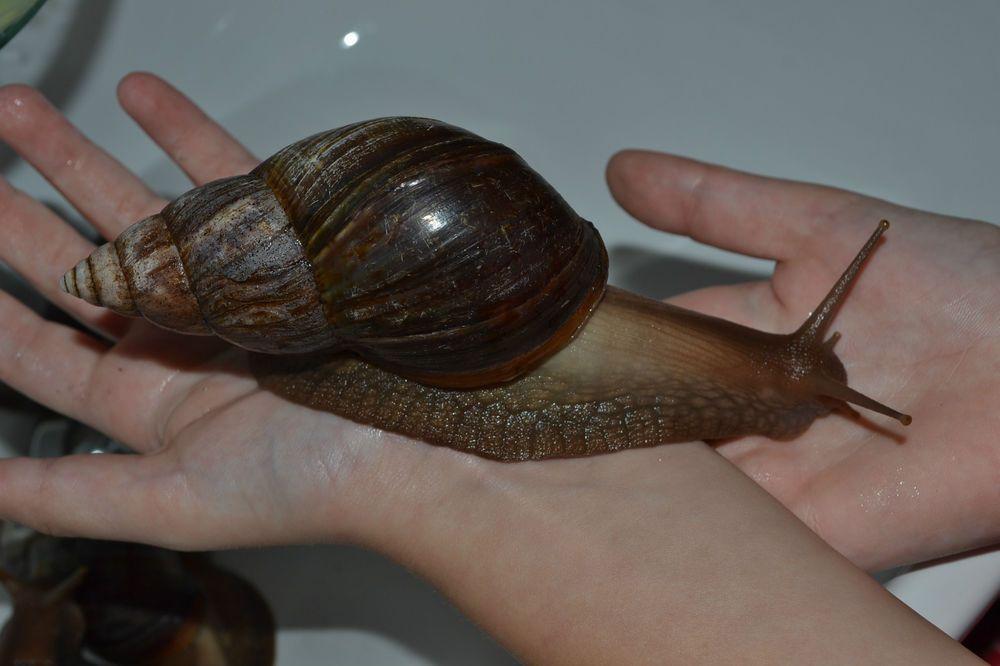 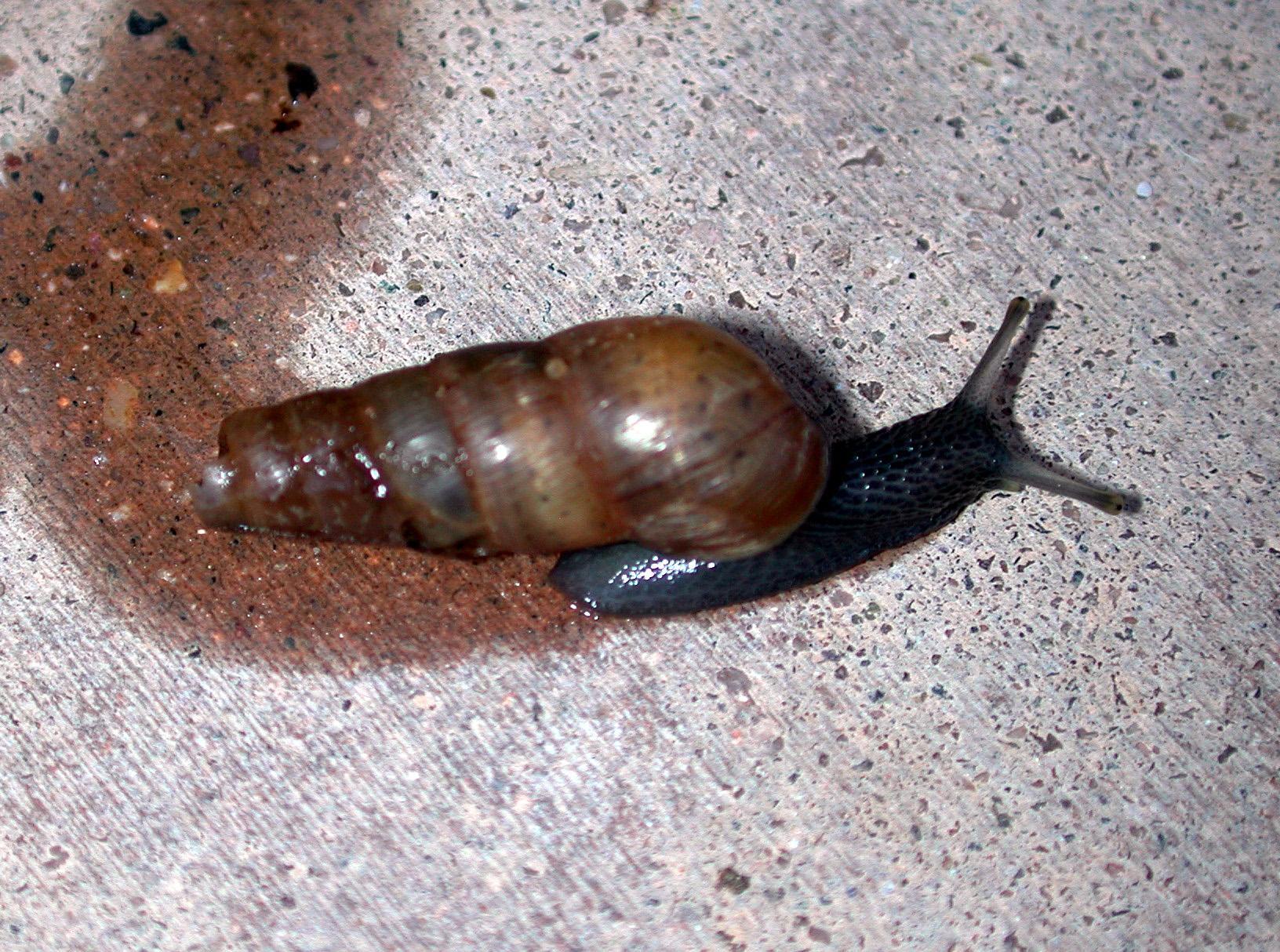 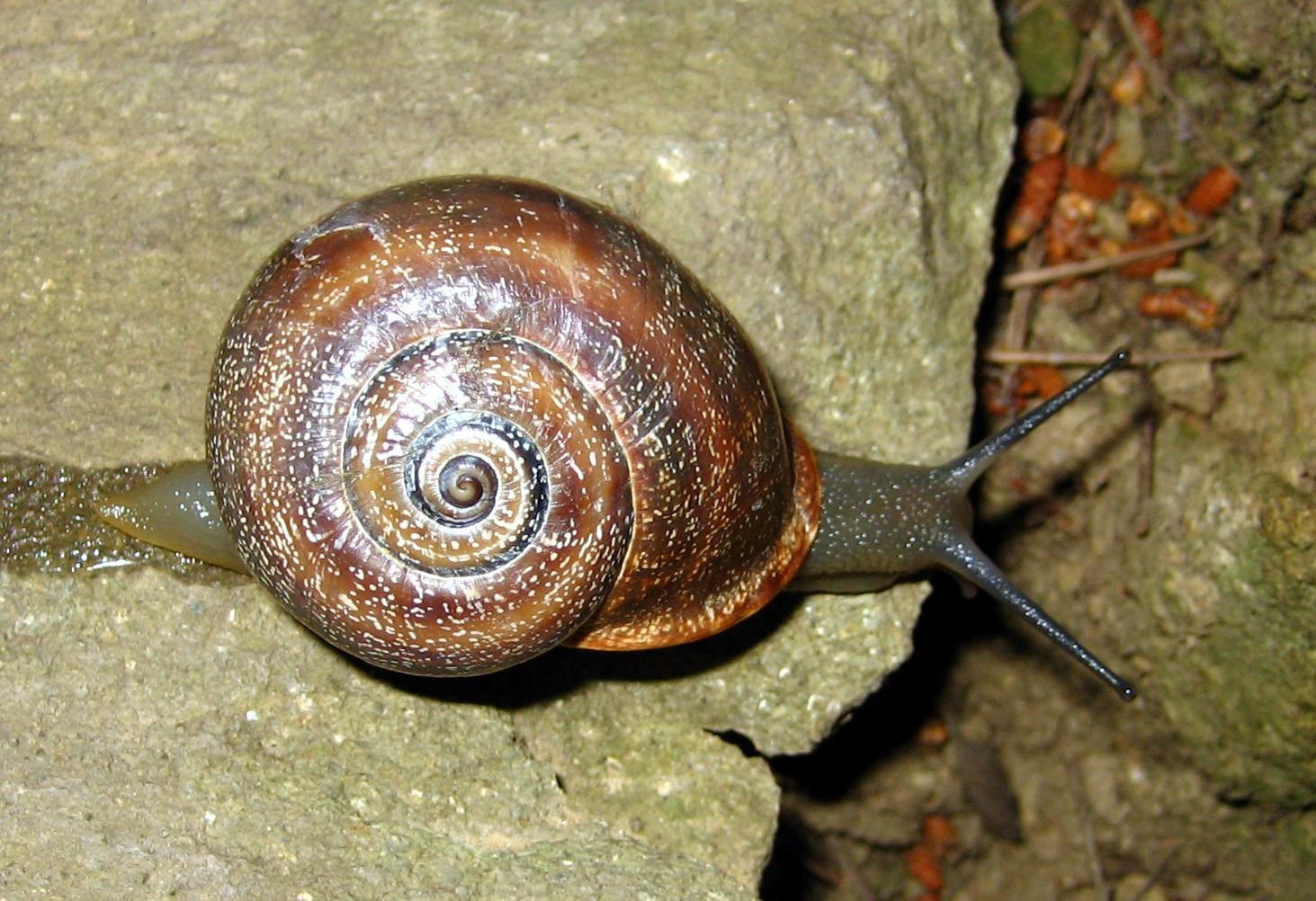 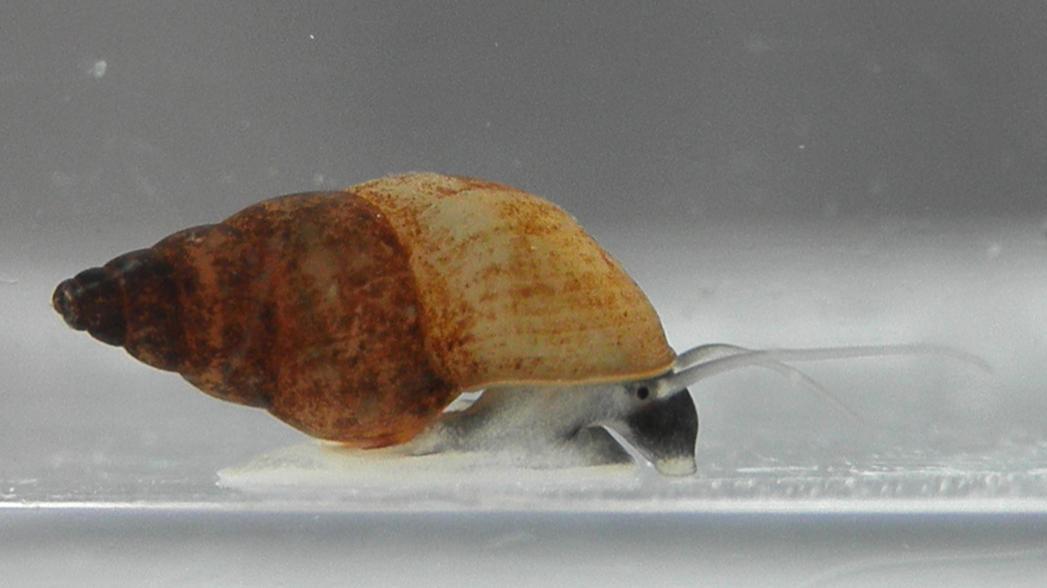 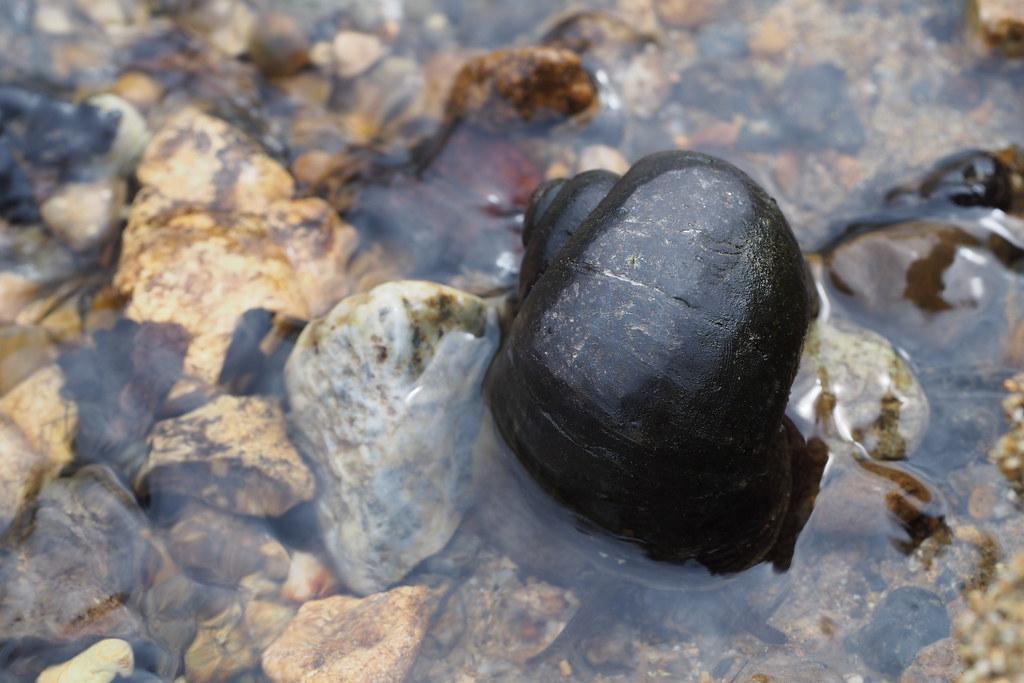 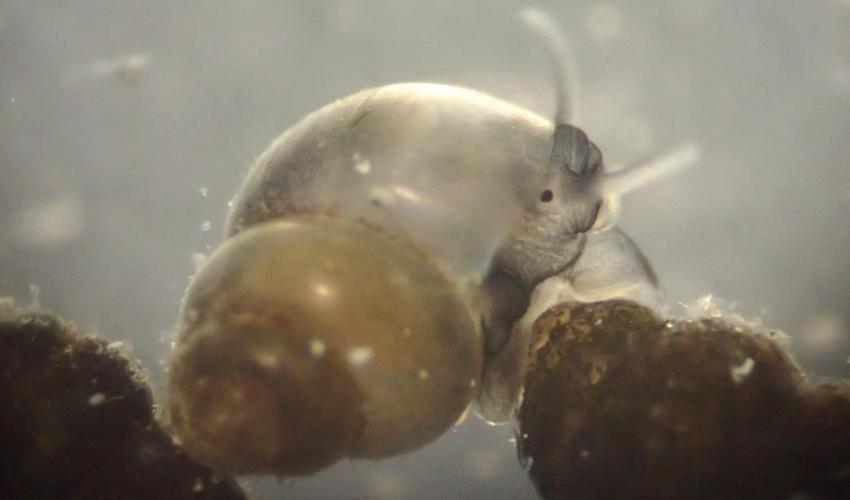 Image: https://www.iucn.org/
1 of 14
Types of Snails - Marine and Terrestrial
Back to top