The 10 Slowest Animals in the World

There are animals for everyone's liking. Some animals are fast, agile and active, but others are slow, quiet and lazy. All animals are special and unique, and their different characteristics and adaptations to their habitat are proof of the amazing diversity of our planet.

Although it may not seem so, being slow also has its benefits. Some animals carry on with their lives with complete repose and peacefulness, and they're usually the most adorable and endearing ones - they look just like teddy bears! However, there is more than meets the eye - sometimes their passive cuddly looks are just appearance.

In this AnimalWised article you will discover the 10 slowest animals in the world. The koala is a big favorite - what is yours?

Three-toed sloths (Bradypus) take the first position as the slowest animal in the world. In fact, they make us feel lazy and chill just by looking at them. In fact, the sin of sloth - idleness - is named after them!

Sloths are short-sighted and have an underdeveloped sense of hearing and smell. However, they're not completely defenseless. Their rough brownish coat and their slow movements allow them to disguise themselves almost perfectly in the tree canopies of Central and South America, and they are actually quite good swimmers.

There are four different three-toed sloth species, and two of them are seriously threatened. On the ground, three-toed sloths move at a maximum speed of 2 m (6.5 ft) per minute, and that's when they're being chased.

The Galapagos giant tortoise (Chelonidis nigra) is a global symbol of slowness, although it is not as slow as folk tales would have you believe. This species is the largest tortoise in the world, and it's also the slowest reptile.

It inhabits two regions quite far from each other, the Galapagos Islands in the Pacific Ocean and the Aldabra Atoll in the Indian Ocean. Sadly, Galapagos giant tortoises are an endangered species.

These tortoises are well-known for being incredibly slow herbivores. Their metabolism is so calm that they can live a year without water or food, and lichen can grow on their shells. They grow slowly, which explains their extremely long lifespan. In fact, one specimen lived for 170 years at least. Galapagos giant tortoises move at a speed of 0.3 km per hour (0.2 mph).

Koalas (Phascolarctos cinereus) are nocturnal mammals that love taking refuge for long periods in the trees of Australia. They are considered specialised climbers. Fun fact: While many people believe that koalas are a kind of bears, that isn't true. Despite their appearance, koalas are marsupial animals.

Koalas have a padded tail that allows them to sit and enjoy the scenery from the top. They are definitely one of the slowest animals in the world. Not only do they move at slow speeds; they spend around 20 hours of the day sleeping!

These cuddly tree-dwellers aren't as friendly as they look. In fact, koalas are among the 10 most solitary animals in the world.

Manatees (Trichechus) are sometimes known as sea cows. These marine mammals are known for being adorable and, yes, slow. In fact, it seems like they're not swimming, but simply floating and relaxing. They usually move at around 5 km per hour (3 mph), but they can spring to 30 km per hour (20 mph) on occasion.

They are gentle, herbivorous animals that enjoy living in the shaded and shallow waters of the Atlantic coasts of the Caribbean and the Gulf of Mexico. Manatees also live in rivers and marshes of the Amazon Basin and West Africa.

Manatees spend their days eating and resting. They have virtually no predators, which makes them even slower as they don't have to run away from anyone. There are three manatee species, and they are closely related to the dugong.

Seahorses (Hippocampus) are slow due to their complex body structure like armor that doesn't allow them to move around or reach high speeds. These small marine animals do not migrate. Seahorses can be find in shallow and sheltered waters of the Atlantic, the Pacific and even the Mediterranean Sea.

This can be seen as a motor impairment, as they can only swim vertically and let themselves be carried by the currents. Seahorses eat crustaceans and invertebrate animals, which makes them one of the few carnivores in this list. The slowest of all seahorses is the dwarf seahorse (Hippocampus zosterae), whose maximum speed of 1.5 m (5 ft) per hour makes it the slowest fish in the world.

You can also find the seahorse in our list of the 5 strangest courtship rituals in animals.

Starfish (Asteroidea) or sea stars are among the slowest animals in the world. They are invertebrate animals. There are about 1,500 different starfish species, and they are all very different from each other. They have a very wide range and can be found in almost all marine habitats, even in the lowest depths of the ocean.

While the sand star (Luidia foliolata) can reach speeds of almost 3 m (9.2 ft) per minute, most starfish move at 15 cm (6 in) per minute. Instead of travelling long distances, starfish let themselves be carried by the ocean currents. Most starfish are carnivores, and they can eat prey bigger than themselves.

The garden snail (Cornu aspersum) is an extremely slow land snail known for its spiral shell. It is quite likely that if you see one in your garden it is still in the same place the next day. Garden snails are native to the Mediterranean region, but nowadays they can be found all over the world.

Garden snails move at less than 50 m (165 ft) per hour at maximum speed, contracting their muscles. However, they don't like moving all that much. Instead, they hibernate for long periods, almost always in the same place. Garden snails can move in slopes and even upside down - just don't expect any speed from them.

Slow lorises (Nycticebus) are strange but adorable nocturnal primates native to Southeast Asia. Their strong hands are very similar to those of humans and they make very soft but graceful contortionist movements; their grip is extremely powerful.

Out of the animals found in this list, the slow loris is among the fastest; it can reach the impressive speed of 2 km (1.4 mi) per hour. Slow lorises are quite solitary and curious, and they survive by being completely silent when they move.

There are eight different slow loris species, all of them endangered. There are different threats to the slow loris, including the alarming destruction of their habitat and the fact that they're captured to be kept as "pets".

The American woodcock or timberdoodle (Scolopax minor) is the slowest bird in the world. As its name points out, this bird inhabits the forests of eastern North America. It is known for its plump shape, like a ball, and its long beak that it uses to catch earthworms.

While American woodcocks can fly at normal speeds when they emigrate at low heights, reaching 45 km (28 mi) per hour, when males perform their courtship displays they fly at 8 km (5 mi) per hour, the slowest flight recorded in birds. That courtship flight is very special; the male flies up into the air and descends spiraling and singing.

Just like starfish, coral (Cnidaria) does not look like an animal, but it is. Sure, it does not look cuddly - in fact, it looks like a stone composition - but it is worthy of admiration for its undeniable beauty.

Corals are invertebrate animals that inhabit colonies made of polyps that secrete calcium carbonate and build the visible hard skeleton; those colonies build the famous tropical reefs that so many divers go visit. Coral must surely win the title of slowest animal in the world, as it remains motionless.

Here you can learn more about the endangered animals in the Great Barrier Reef.

If you want to read similar articles to The 10 Slowest Animals in the World, we recommend you visit our Facts about the animal kingdom category. 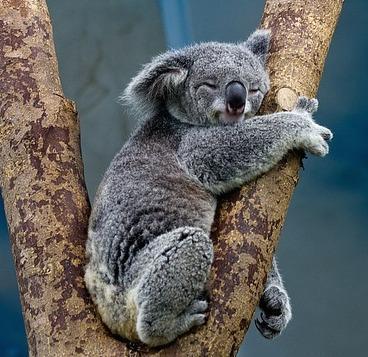 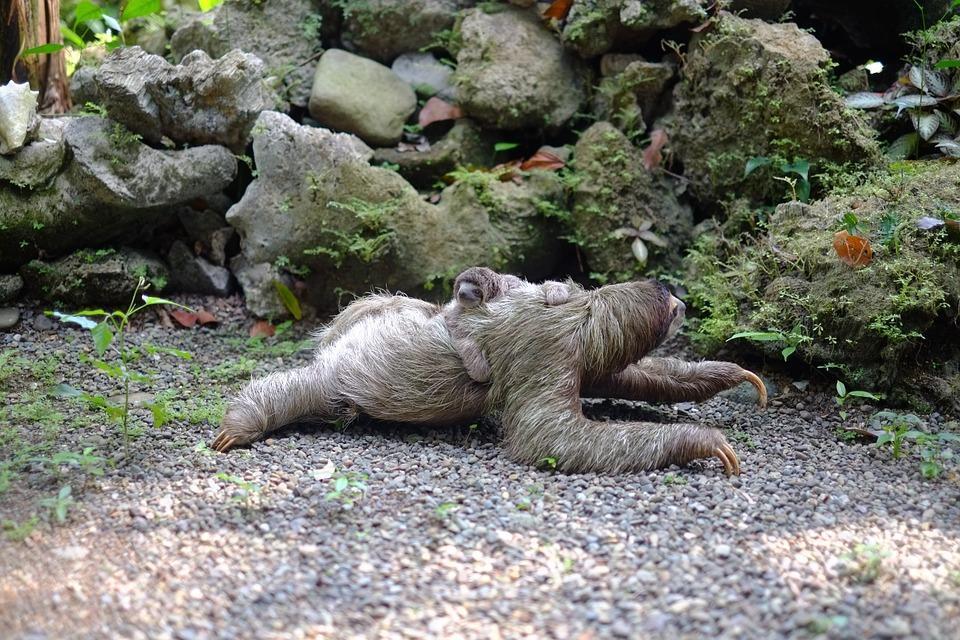 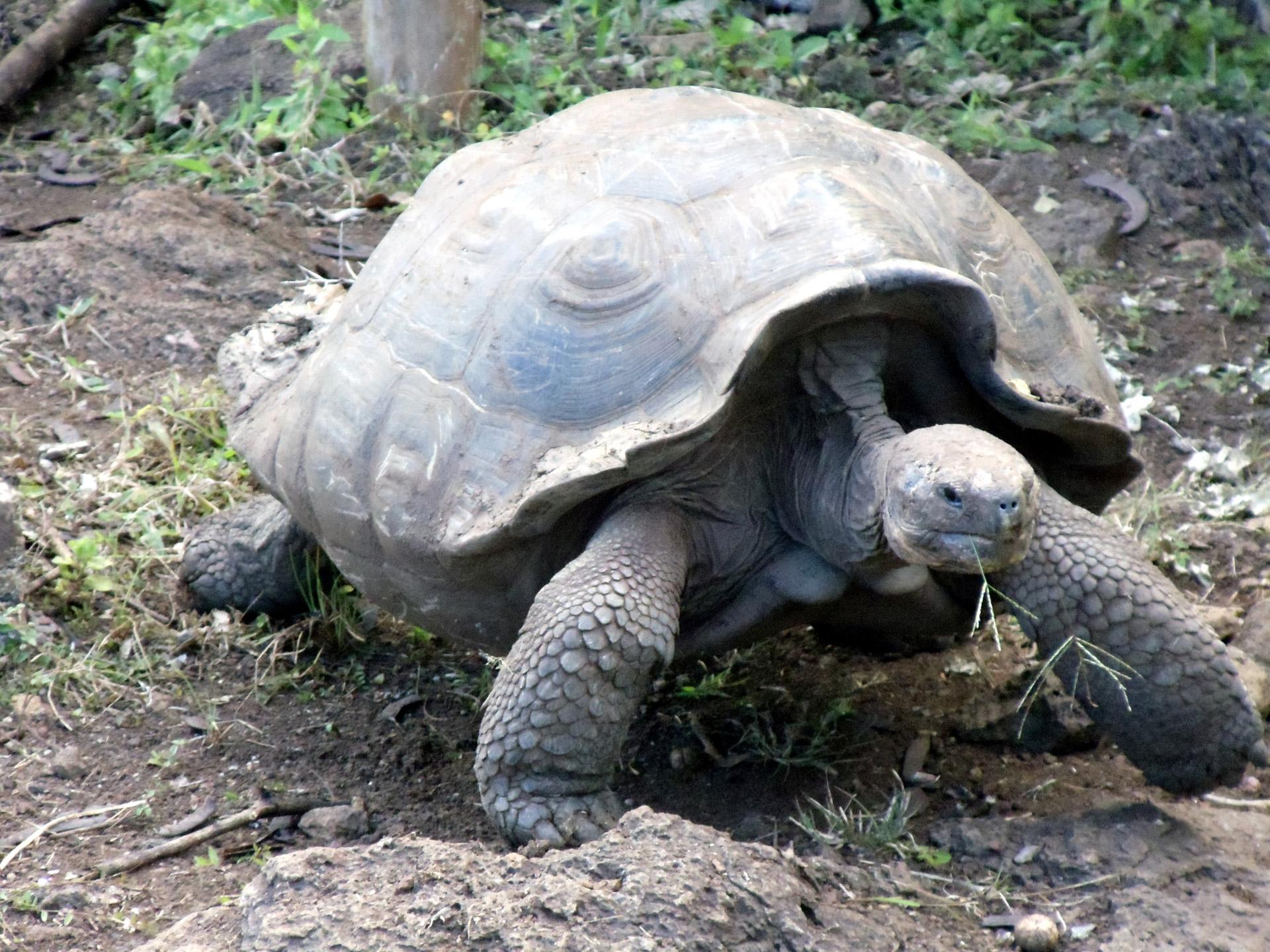 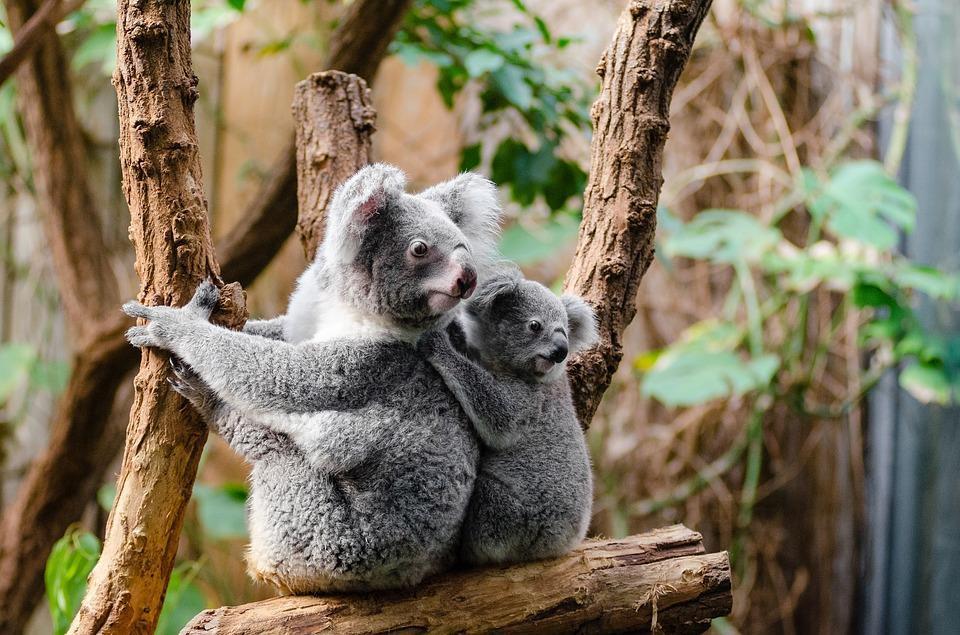 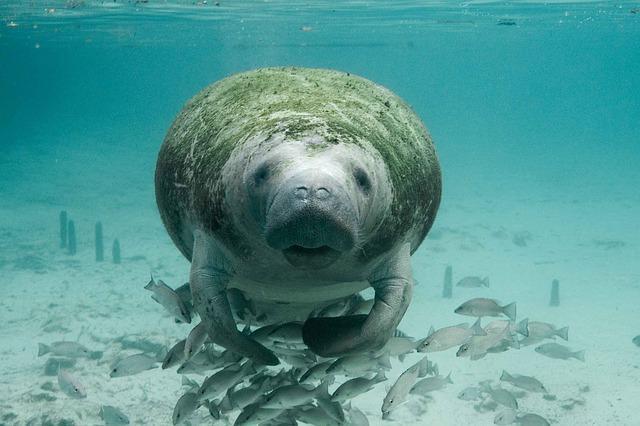 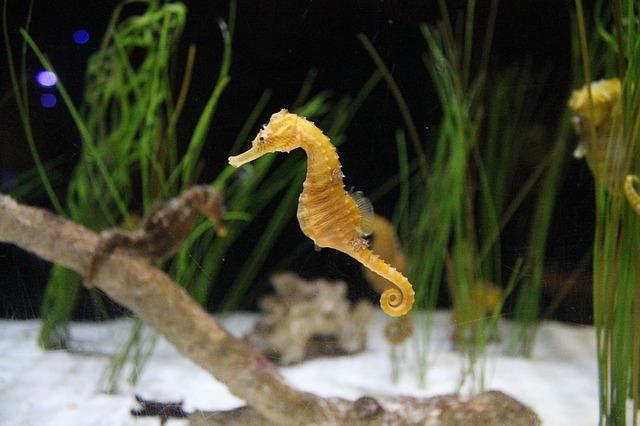 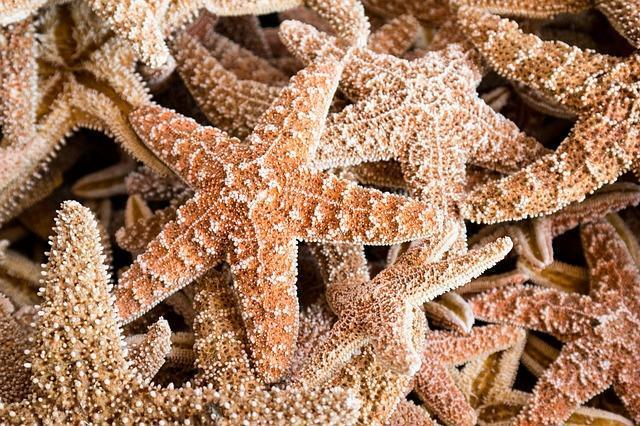 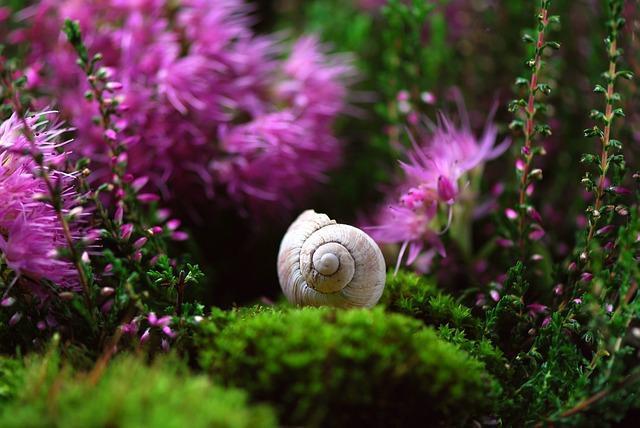 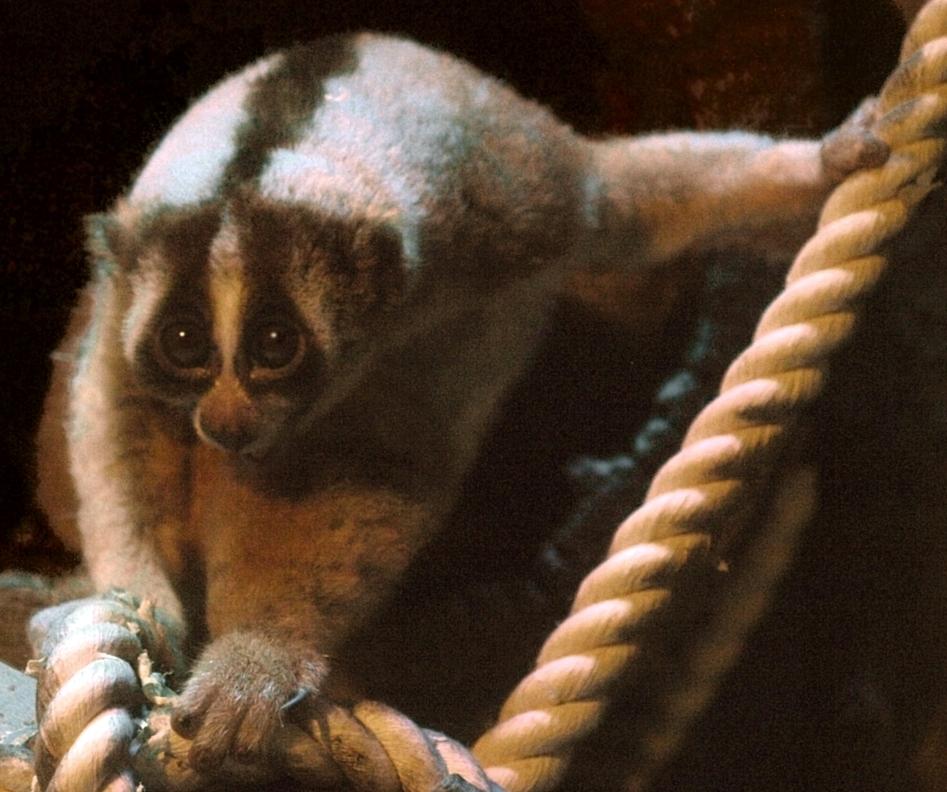 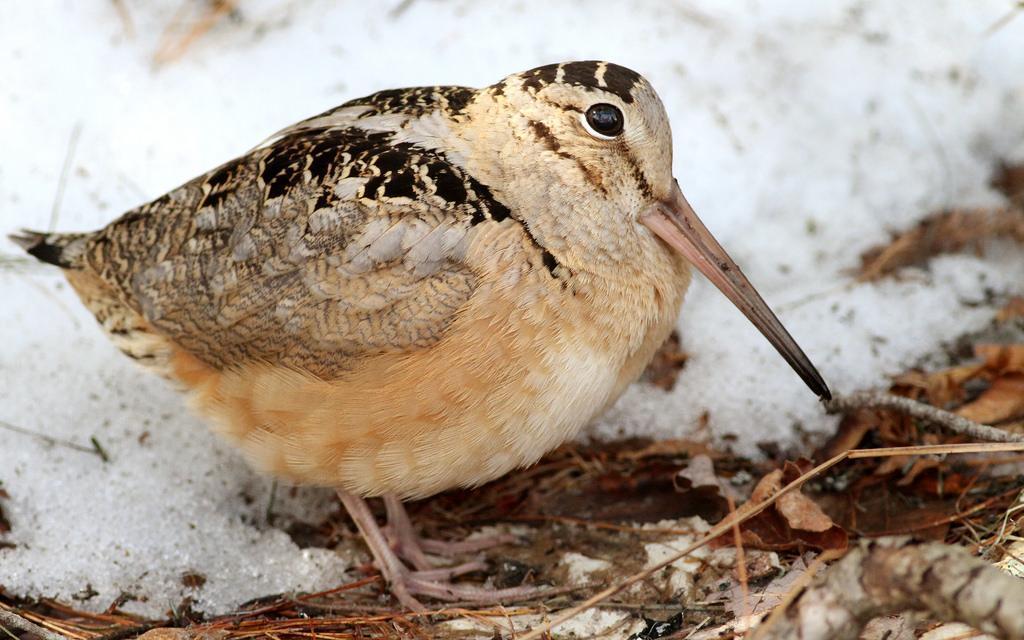 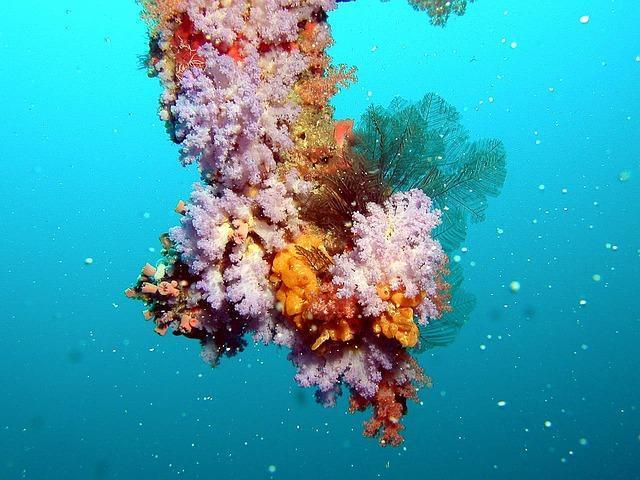