Types of Tigers Around the World: Tiger Subspecies

Tigers are the largest members of the Felidae family, that is, of all cats. These predators, scientifically known as Panthera tigris, are one of the most charismatic and well-known mammal species on the planet.

However, tigers are also endangered animals. Over the past century, tiger numbers have decreased by 95 percent; tigers now exist in 40% less of the area they were in a decade ago, as per the World Wildlife Fund. In fact, of the nine known subspecies of tigers, three are now extinct. There have been hybrids between tigers and other big cats - including lions - but they are not considered subspecies.

Do you want to learn how to tell tigers apart? Stay with us at AnimalWised and learn all about the different types of tiger around the world, with their subspecies and breeds.

You may also be interested in: Types of Wild Cats Around the World
Contents

Panthera tigris altaica is the scientific name of this tiger subspecies, and it is also known as the Amur, Siberian, Manchurian, Ussurian or Northeast China tiger.

Amur or Siberian tigers have pale orange fur as against the typical golden yellow fur, and they also have brown stripes instead of black. With white bellies and chests, they have a white ruff of fur around their necks. Wild Amur tigers are found in two parts of the Russian Far East:

This tiger is listed as endangered by the IUCN on its Red List of Threatened Species. Amur tigers are being reared in zoos across the world and conservation programs are in place to combat the decline in numbers, but it is difficult to breed this subspecies under captivity.

Also called the Royal Bengal tiger, its scientific name is Panthera tigris tigris. The Bengal tiger is the largest group of tiger subspecies in the world, and it is found in the nations of Bangladesh, Bhutan, India and Nepal.

India is currently the home of around 2,500 to 3,750 Bengal tigers, as per the Save the Tigers Fund. Therefore, it is the largest home of the Bengal tiger across the globe. After all, the Bengal tiger is the national animal of India!

Although most Bengal tigers are colored the regular way, a recessive gene causes some of these tigers to be cream or white - some white Bengal tigers even lack stripes. These white tigers are rarely found in the wild. The habitat of these tigers ranges from dry and wet deciduous forests to grasslands, temperate forests, and mangrove forests. While most tigers in the world belong to this subspecies, it is also endangered.

Panthera tigris amoyensis is the scientific name of this tiger subspecies. The South China tiger is actually found in central and eastern China. This rare tiger is one of the critically endangered species in the Red List of the IUCN. As per the WWF, the South China tiger is functionally extinct, since around 47 of these tigers live in 18 zoos.

Around 40 years ago, more than 4,000 South China tigers existed. While there are field surveys which have found the possible existence of some of these tigers in the remote mountains in Guangdong, Hunan, and Fujian, this subspecies is believed to be headed towards extinction.

Called the Panthera tigris jacksoni in scientific terms, the Malayan tiger was identified as a separate subspecies from the Indo-Chinese tiger in 2004. It is smaller in size than the latter.

Malayan tigers are mostly found in tropical and subtropical moist broadleaf forests of Thailand and Peninsular Malaysia. The subspecies name jacksoni was conferred to honor the former Chair of the IUCN Cat Specialist Group, Peter Jackson. It is listed as endangered on the Red List, as there are only 600 to 800 Malayan tigers left in the wild.

The Indo-Chinese tiger, whose scientific name is Panthera tigris corbetti, is named after British hunter and naturalist Jim Corbett. This tiger subspecies is found in Burma, Cambodia, China, Laos, Thailand and Vietnam.

Listed as endangered on the IUCN Red List, the Indo-Chinese tiger is smaller and darker than the Bengal tiger but larger than the Malayan subspecies. It has narrow and short strips. Males range around 9 feet from head to tail and weigh about 400 pounds. Females are smaller, measuring 8 feet in length and weigh around 250 pounds, as per the Save the Tigers Fund. Their main diet is comprised wild pigs, deer and cattle.

Indo-Chinese tigers are native to remote forests in hilly and mountain-like terrain, making it tough for scientists to access their habitat and study them. Relatively little is known about the status of tigers in the wild. In 1998 it was estimated that there were 1225 Indo-Chinese tigers at the most.

Panthera tigris sumatrae is the scientific name of the Sumatran tiger. Found at the Indonesian island of Sumatra, this type of tiger is listed as critically endangered, and nowadays they are protected by law.

Despite conservation and anti-poaching regulations, Sumatran tigers are hunted and tiger parts and skins remain in heavy demand. The Sumatran tiger has the darkest coat of all tiger subspecies, and the broad, black stripes are spaced and doubled. The striped forelegs differentiate it from the Siberian tiger.

The Sumatran tiger is the smallest tiger subspecies. Males range from 8 feet long and weigh 260 pounds, while females have weight pegged at 200 pounds and closer to 7 feet in length. There are around 500 or less Sumatran tiger left in the wild.

Called Panthera tigris balica, the Bali tiger is currently extinct. According to the Save the Tigers Fund, the Bali tiger went extinct in the 1940s, although the IUCN says that the last tiger of this subspecies was found in western Bali in the 1930s.

Causes of extinction include hunting, loss of forest habitat and lack of prey base. With a bar-shaped patterning on their heads, the Bali tigers had darker, shorter fur as against other subspecies. They had a lifespan of 8 to 10 years in the wild.

Scientifically called Panthera tigris sondaica, this type of tiger died out in the 1970s. This tiger subspecies was found in the Java Island. Although officially protected in 1947, the Javan Tiger was not saved from succumbing to extinction.

These tigers were very small; males reached around 250 pounds, with females being even smaller. They had long and narrow noses and stripes. Tigers were last recorded in Java Meru Betiri National Park in 1976.

Called Panthera tigris virgata, the Caspian tiger, also known as the Turan or Hyrcanian tiger, became extinct during the 1970s. Found in Turkey and Iran near the Caspian sea and the Central Asian to Chinese regions according to the IUCN, this tiger subspecies was hunted to extinction. Prey and habitat loss as well as a small population to start with also contributed to the extinction of this species.

Males were two meters long, making Caspian tigers the longest subspecies of tigers akin to Bengal tigers. The Caspian tiger had a bright golden coat and brown gold stripes that became duller and less distinct in winter. Stripes were narrower and closer together than other tiger subspecies.

These are the different types of tiger around the world, the nine tiger subspecies that have shared our planet. We must do our best to help conservation efforts so that the surviving breeds can grow and reproduce.

If you want to read similar articles to Types of Tigers Around the World: Tiger Subspecies, we recommend you visit our Facts about the animal kingdom category.

Types of Tigers Around the World: Tiger Subspecies 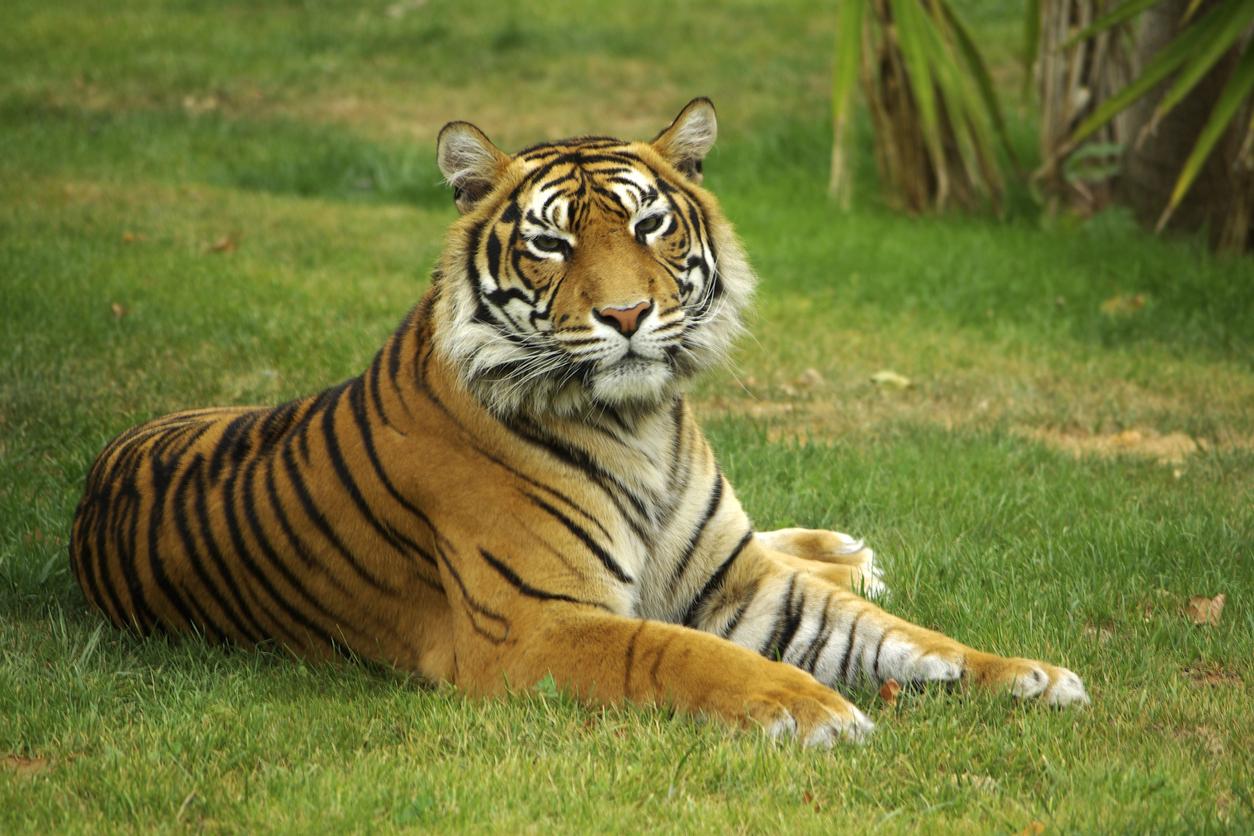 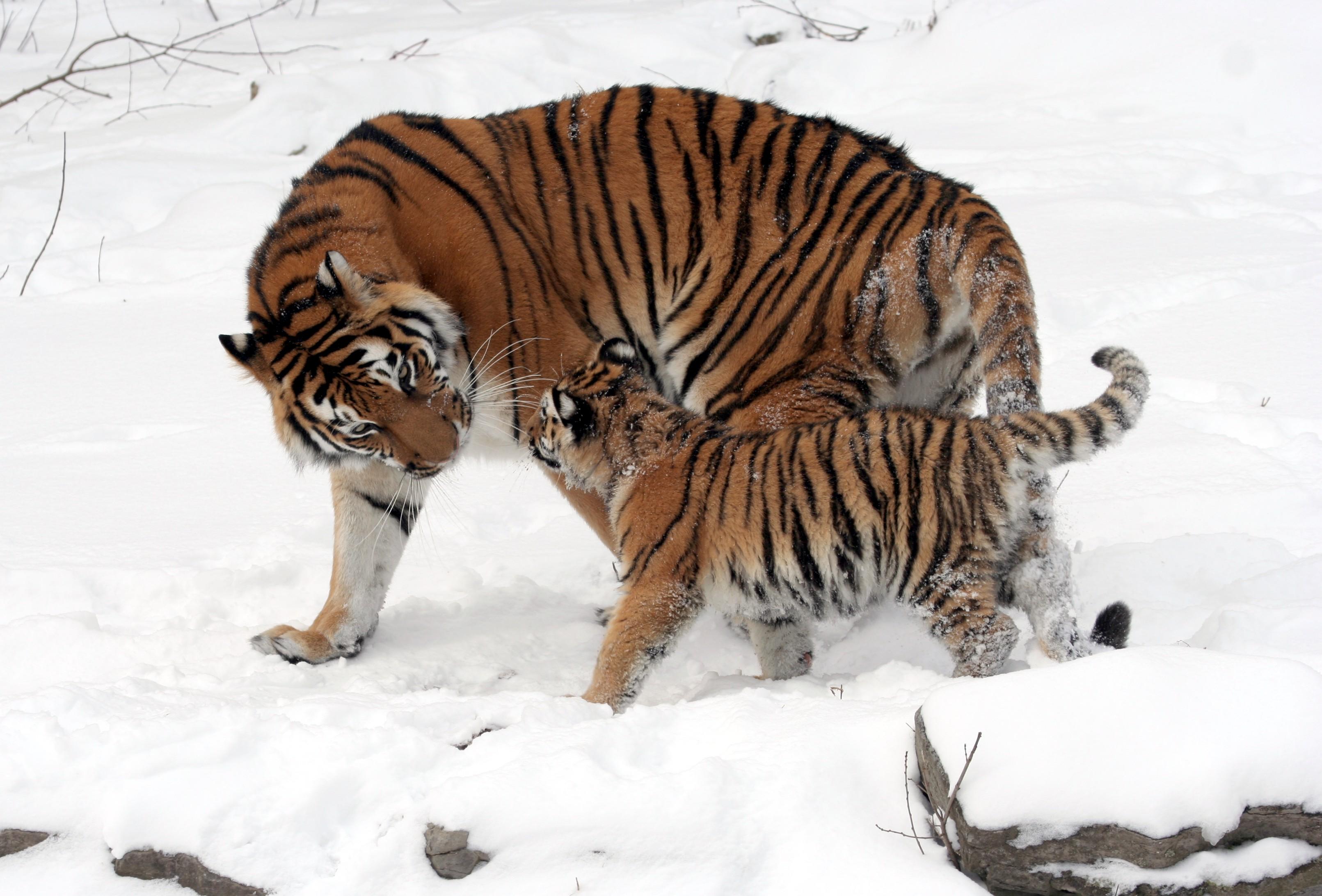 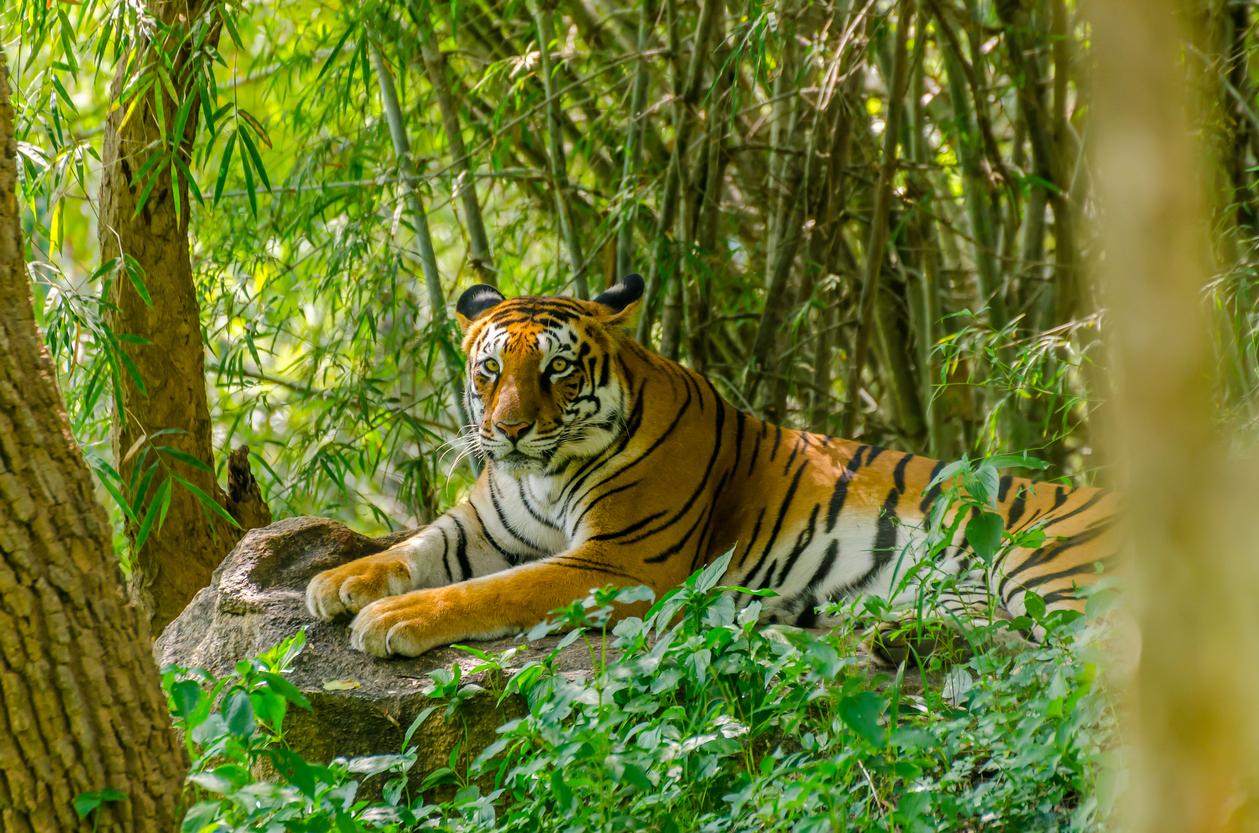 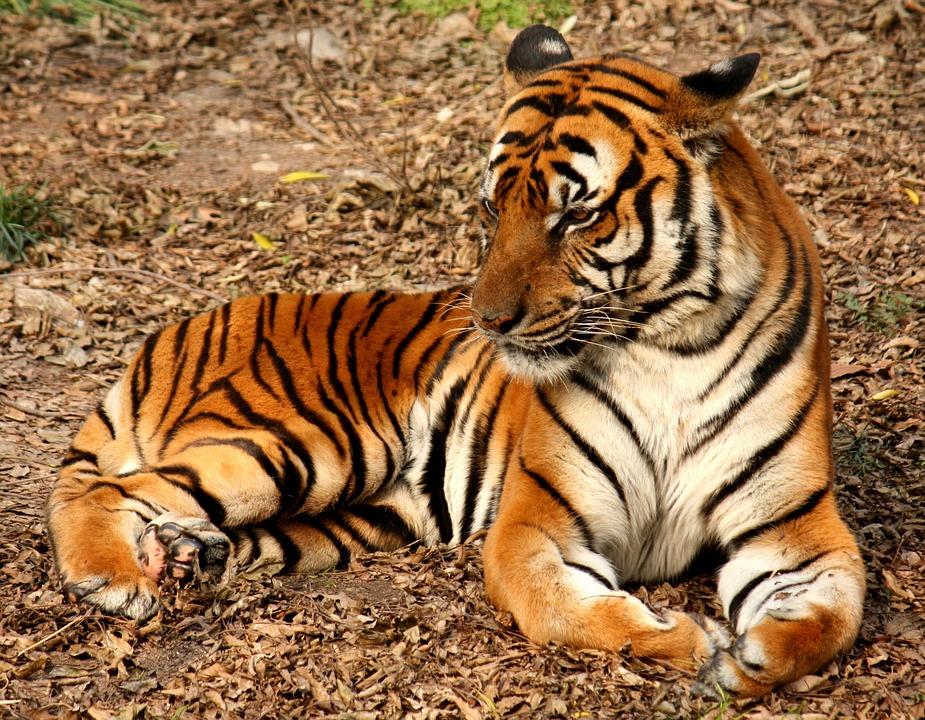 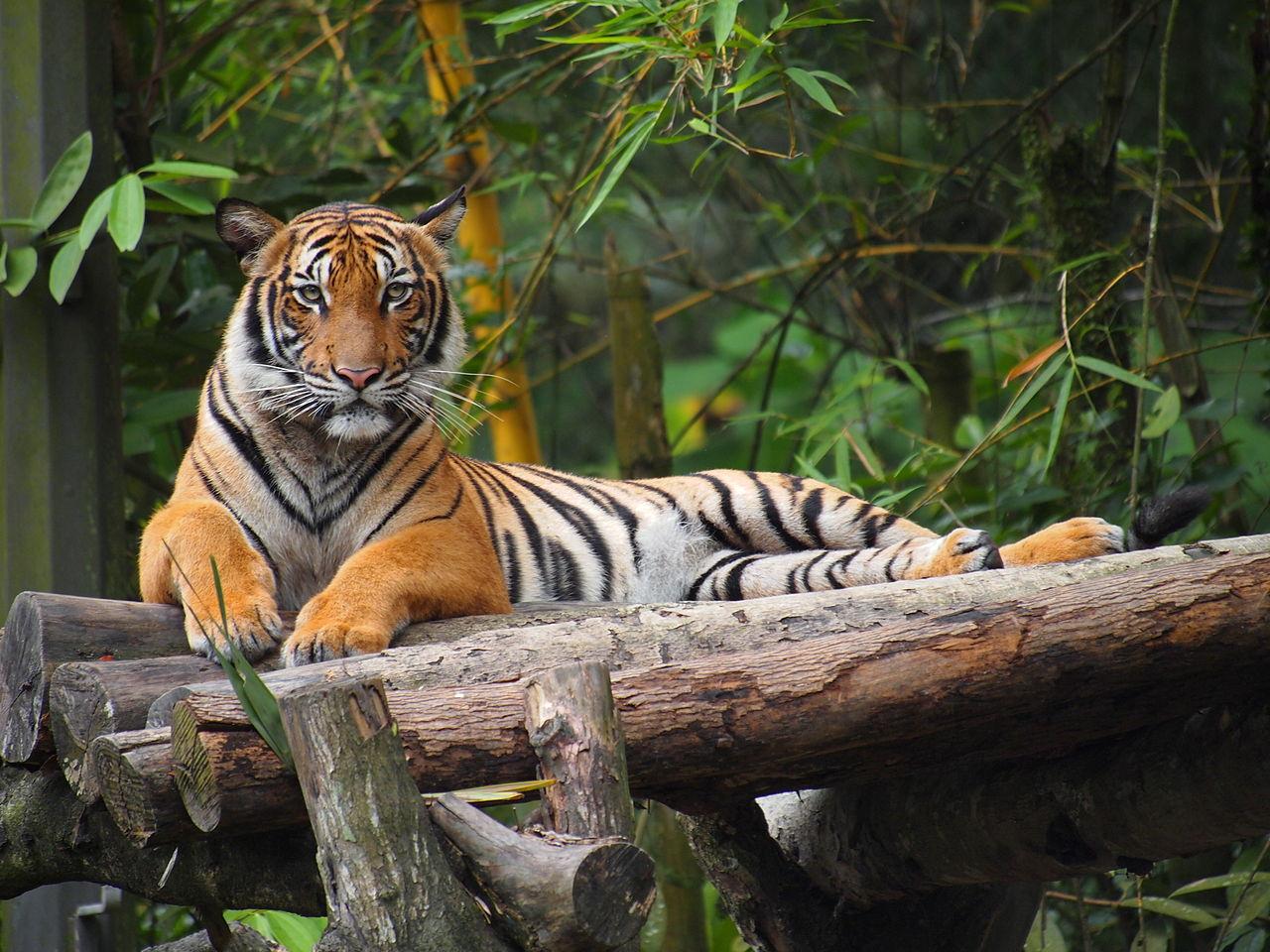 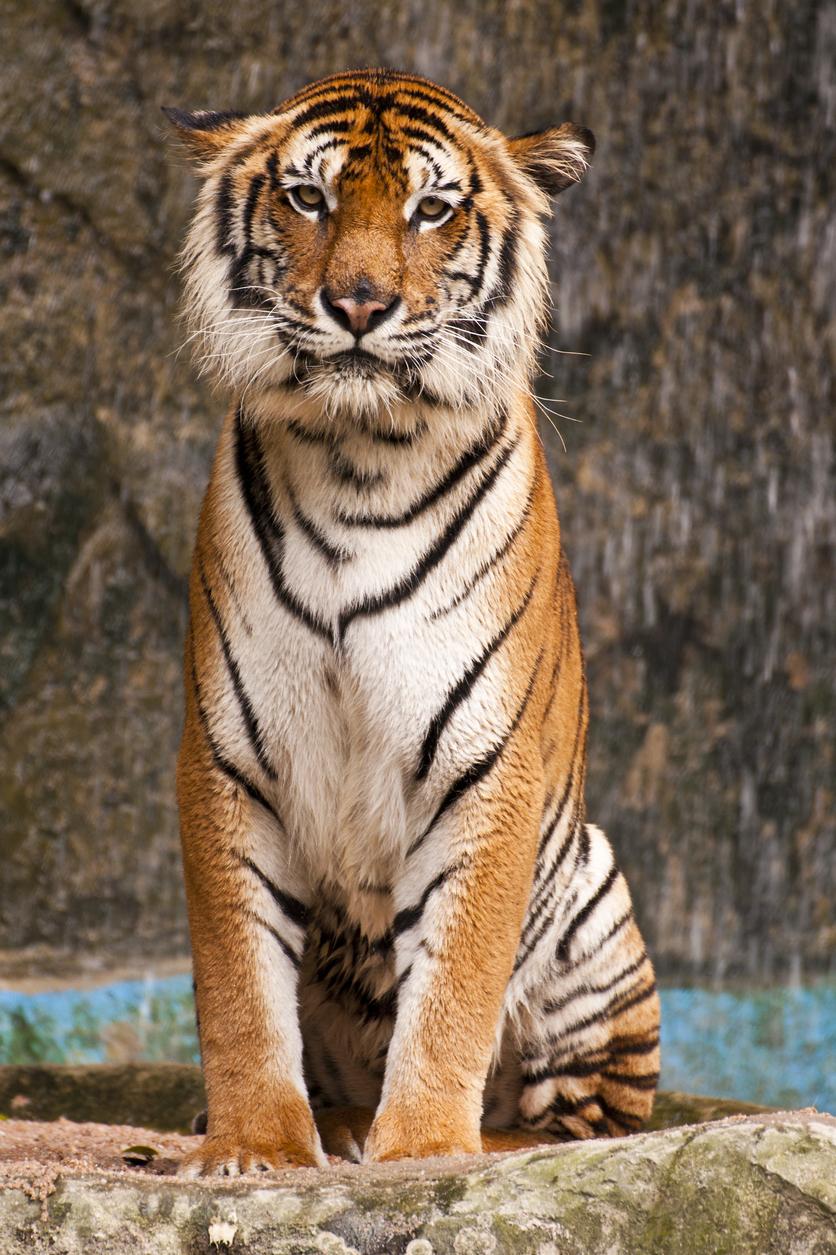 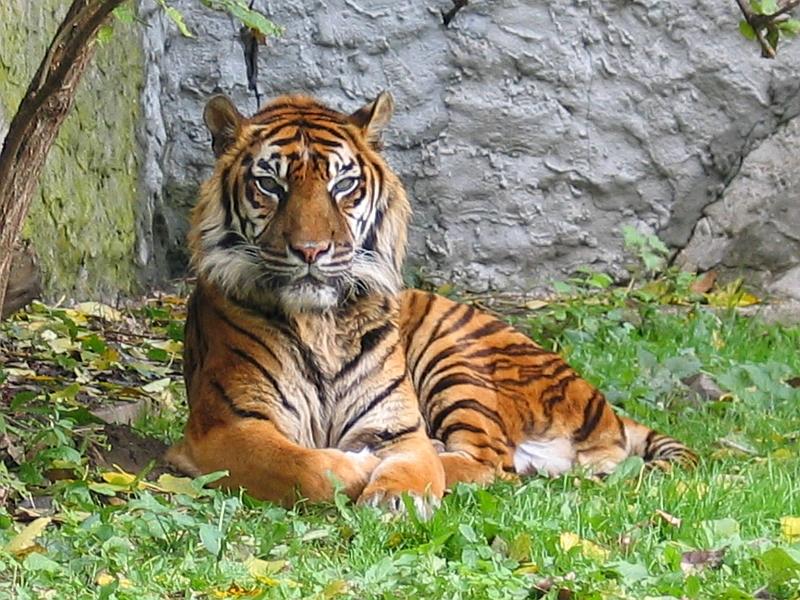 1 of 7
Types of Tigers Around the World: Tiger Subspecies
Back to top