Animals of the Iberian Peninsula 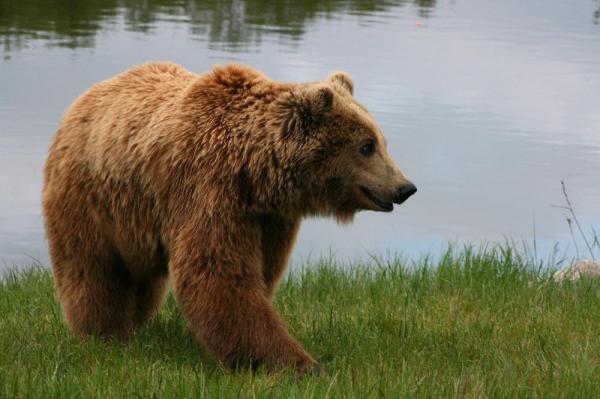 The Iberian Peninsula combines territories located in current day Portugal and Spain with the British Overseas Territory and the Principality of Andorra. However, the vast majority 79% is located in Spain. The fauna of this country alone is rich and diverse, harboring certain endemisms, plant and animal life which exist in a limited way in only one place on earth. While mainland fauna have incredible diversity, it would be a biological crime to ignore the wildlife which resides on the islands found off the coast of these countries.

AnimalWised looks into some of the most important animals of the Iberian Peninsula. In doing so, you will see some which have become emblematic of the land as well as others with which you may not be so familiar. Let us know if you have any fascinating facts about the animals mentioned here by leaving a comment at the end of the article.

You may also be interested in: Why Is the Iberian Lynx in Danger of Extinction
Contents

We start our description of the Iberian wolf (Canis lupis signatus) with the sad fact that this creature is being brutally persecuted and hunted to near extinction. In some parts of the Iberian Peninsula where it once flourished, they can no longer be found. Currently the main wild population live mostly in the North East of Spain as well as a small section of Portugal. There was a subpopulation in the Sierra Morena which is now considere extinct.

As an umbrella species, the loss of the Iberian wolf population harms not only this animal, but all others in such a delicate ecosystem. They conserve habitat by eating just enough to survive and preventing other predatory species from killing too much prey. Rodents and lagomorphs are especially threatened.

With an appearance somewhat resembling a small German Shepherd, the male can reach up to 33 kg (73 lbs) in weight. Their diet is based mainly on wild ungulates such as the wild boar, something particularly important for helping to maintain the other fauna in the area. The control of game reserves and the amount of protected land used for livestock have greatly displaces their prey.

According to the IUCN (International Union for Conservation of Nature), the global population of grey wolves has a conservation status indicating it is of ‘least concern’. However, the Iberian wolf is considered ‘vulnerable’[1]. This means there is still hope for the species, but there is great concern over their dwindling numbers.

The European mink (Mustela lutreola) is a small mammal of the mustelid family. Their fur is of a dark brown color, except for their lips and chin which have white fur. Their nose is small and a lighter brown to their fur. In the Iberian Peninsula, they are only located in the north of Spain in the territories of Navarra, Rijoa, the Basque Country, northeast of Castile and León and west of Aragon.

European mink live in humid areas near rivers, streams, lagoons, marshes, etc. They have a varied diet which includes crustaceans and small mammals. They are both solitary and fiercely territorial animals, only meeting up with other animals for mating purposes. Copulation in this animal is so aggressive and long it is not uncommon for the female to die.

In Spain, these animals are ‘critically endangered’. There are various reasons for this happening, but considered to be one of the most important factors is the introduction of the American mink as an invasive species. They are another mustelid species which is very prolific. The American mink landed in Spain thanks to the fur industry. Their release in the wild has been claimed to be the fault of animal rights activists, such as the ALF who liberated 20,000 mink from a farm in 2007[2]. However, the mink fur farms themselves are the root cause. They brought the animals in the first place. Thanks to hurricanes, abandonment of premises and purposeful leaving open of cage doors, many American mink escaped into the wild[3].

Also known as the Iberian imperial eagle (Aquila adalberti), the Spanish imperial eagle is one of the largest birds in the peninsula. Their plumage is very dark brown with a characteristic white band on the scapular area and specks of white feather throughout. At first glance, they seem to have white shoulders.

As with many raptor birds, the female is larger and heavier than the male. The eagle spreads throughout the center and southwest of the peninsula, but has become extinct in North Africa. The most important Iberian populations of these birds are those in Andalusia and Castilla-La Mancha. Here there are 71 and 119 nesting pairs, respectively.

They live in forested areas with high densities of rabbits, avoiding areas populated by humans. In Spain, their population is in serious danger thanks to destruction of habitat, electrocution from electrical lines, use of poisons, pollution and the spread of human settlements.

The lesser kestrel (Falco naumanni) is a smaller raptor than the Iberian imperial eagle which lives in colonies. On males, the head, rump (part above the tail) and part of the wings have a distinctive bluish coloration with the rest of the body brown. Females are completely brown with darker stripes.

In Spain, they are a vulnerable species thanks to the use of pesticides, change of land use and the destruction of nesting sites. They often nest in buildings, somewhat famously in the cathedral of Seville. They feed on insects and small mammals such as mice.

A small size serpent, the asp viper (Vipera aspis) is about 70 cm long with a triangular head, a slightly raised nose and a very robust body. They are brownish grey with darker lines which run down their spine, giving a zig zag look to its body.

These snakes inhabit the northeast of Spain and we can find them everywhere from the high mountains to beach land. Their habitat includes stony soils and shrubs in which they can hide. They generally feed on small rodents and birds, but can eat other foods such as lizards and insects to survive.

The asp viper's conservation status is considered of ‘least concern’, but their populations are being damaged due to the intensification of agriculture, construction of tourist areas and being directly hunted by the human being. This last reason is generally because of their threat to humans, having a toxic venom which can be fatal if left untreated.

With such an evocative name, the Iberian midwife toad (Alytes cisternasii) is so-called due to the practice of males carrying fertilized eggs on their back. There are other types of midwife toad, but the Iberian midwife toad is a separate species which is endemic to the peninsula. They are located in the center and southwest of Spain. They are small in size with a plump and rough looking body. They are of a brownish dun color and will usually be covered in small bright orange warts.

They live in holm oaks and cork oaks, feeding on almost any invertebrate, but especially ants. In Spain they are threatened by fungal infections and the use of rivers by humans.

The sturgeon (Acipenser sturio) is a fish that at one time was very abundant in Spanish rivers. The females are larger than males and they can measure up to 2.5 meters (8 ft) long and weigh up to 85 kg (187 lbs).

Like salmon, these fish live in coastal areas, usually in river estuaries, going upstream for reproduction. According to the IUCN, this species is in a critical state of conservation both globally and nationally. In recent years, none have been captured, leading to the belief they have become extinct. Their disappearance is thought to be due to fishing exploitation, river pollution and dam construction.

Which animals in the Iberian Peninsula are in danger of extinction?

Below we provide a list of animals currently in critical danger in the peninsula. According to the Spanish Catalogue of Endangered Species (Cátalogo Nacional de Especies Amenazadas), these animals will become extinct from the peninsula if the factors which threaten their existence continue. The number of individuals which remain from each species have decreased to critical levels or their habitats are badly damaged. Some of the named species may already be extinct, but have been seen in the wild in the last 50 years.

If you want to read similar articles to Animals of the Iberian Peninsula, we recommend you visit our Endangered animals category.

Animals of the Iberian Peninsula 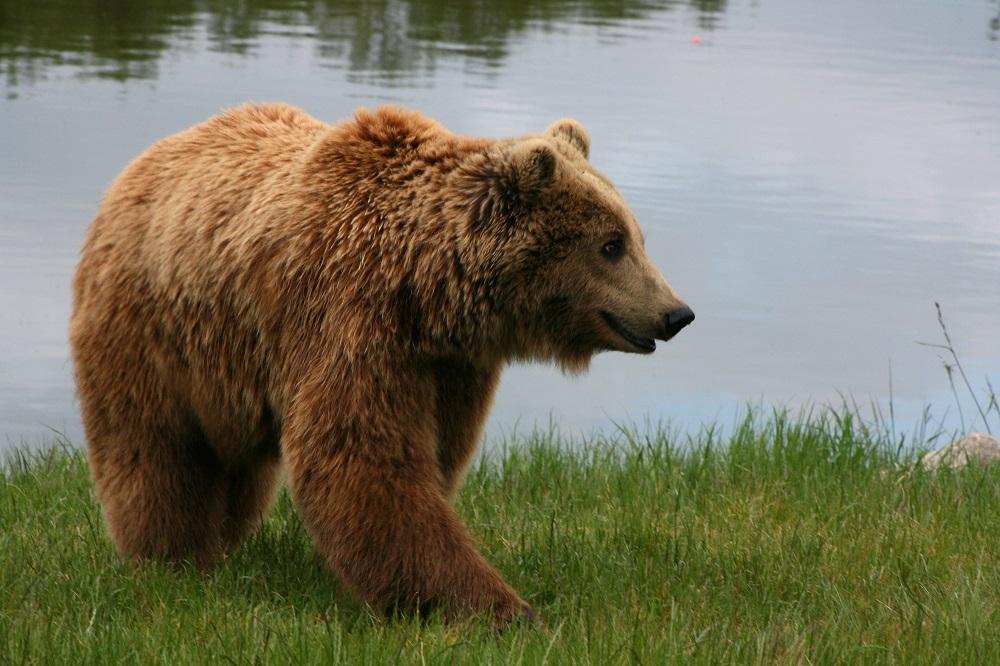 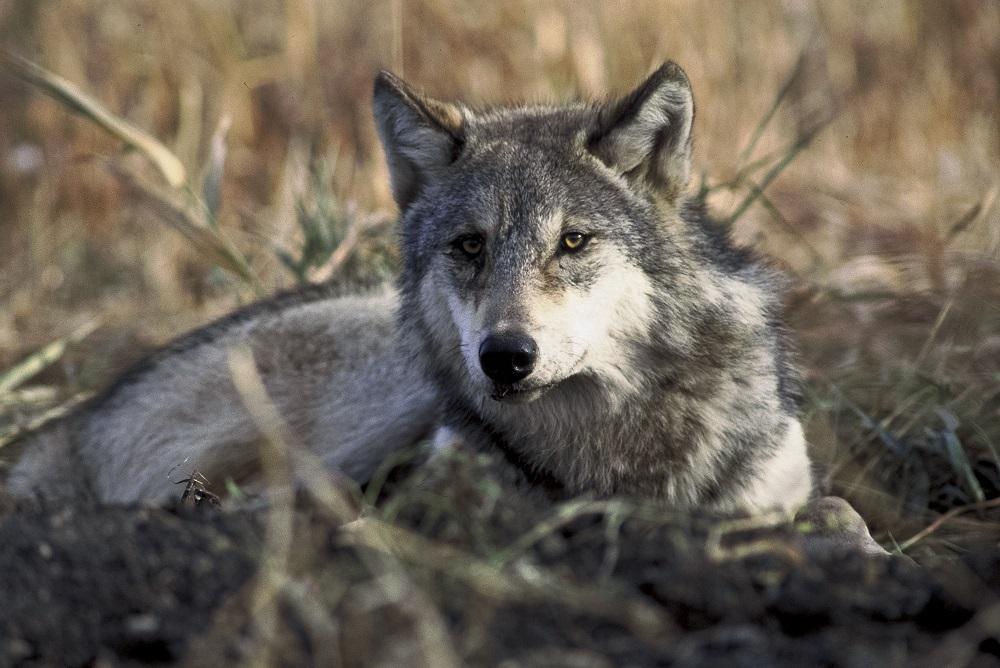 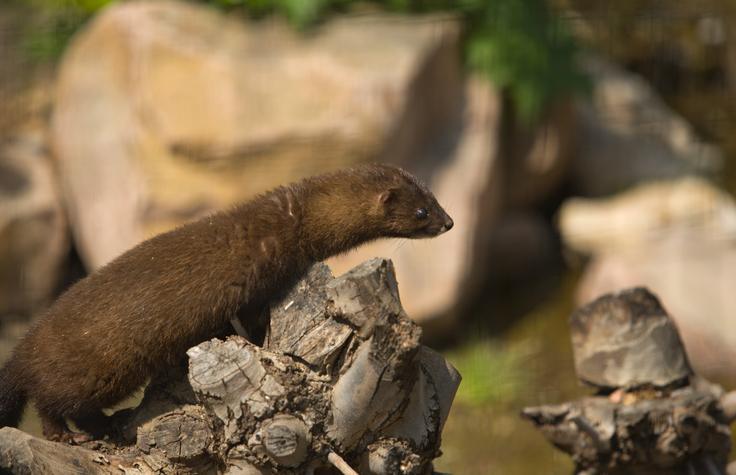 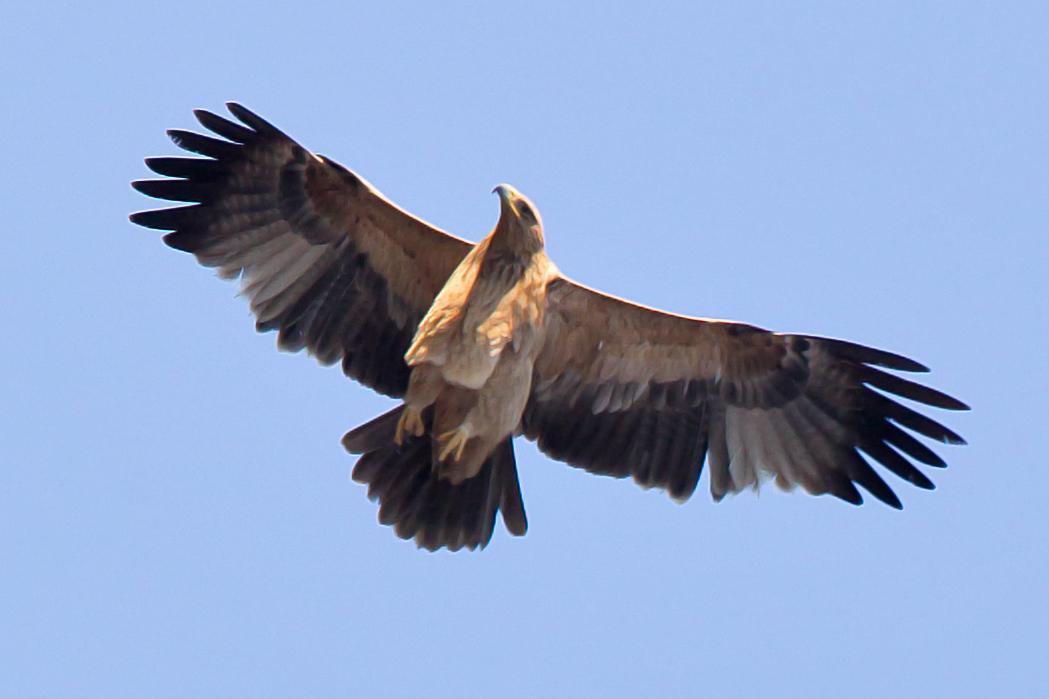 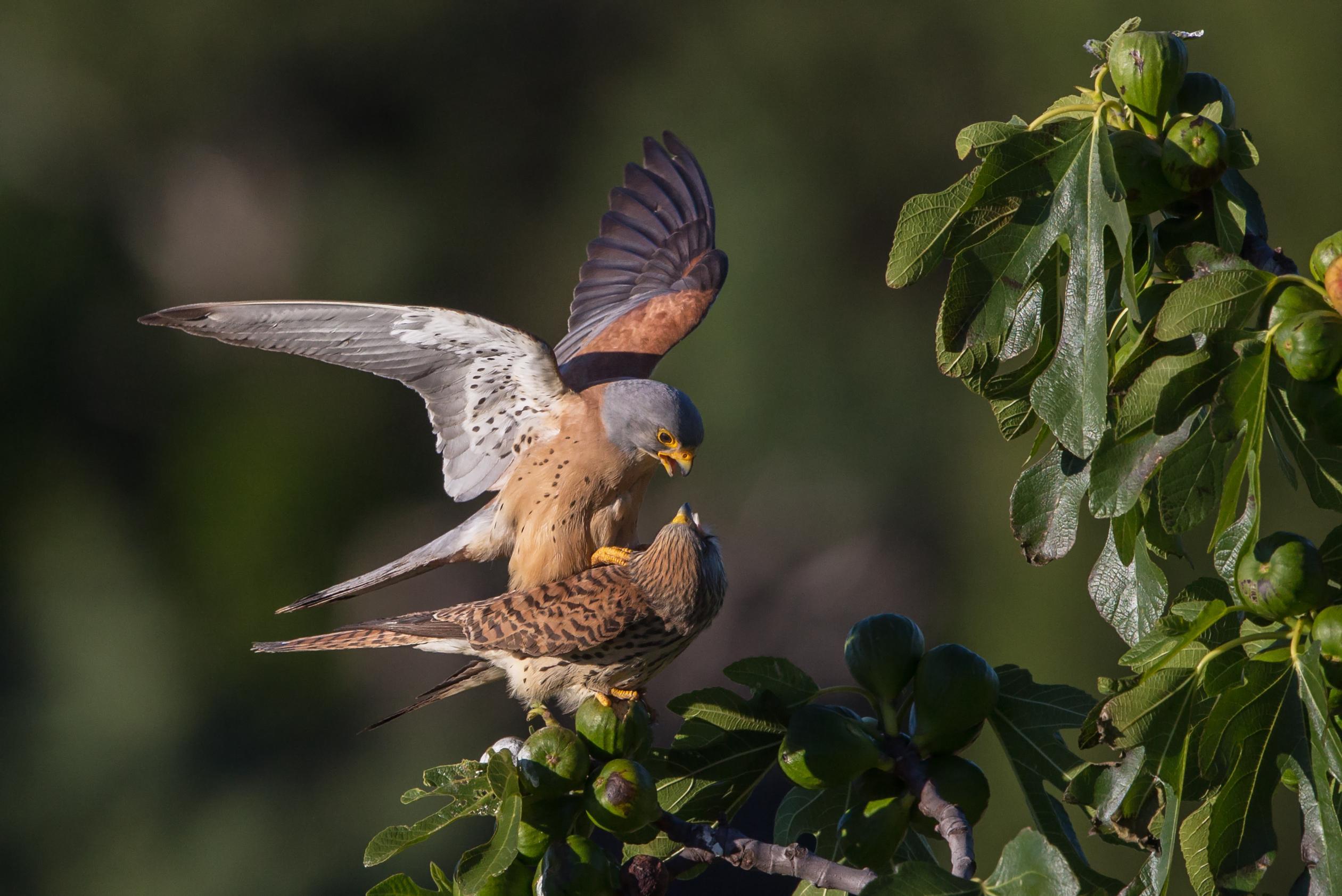 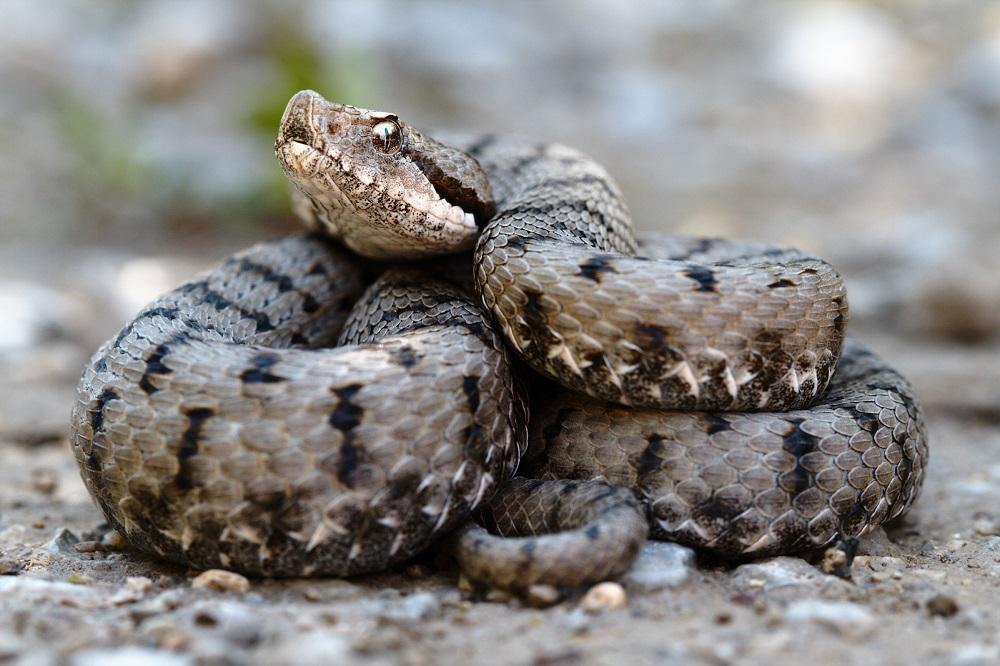 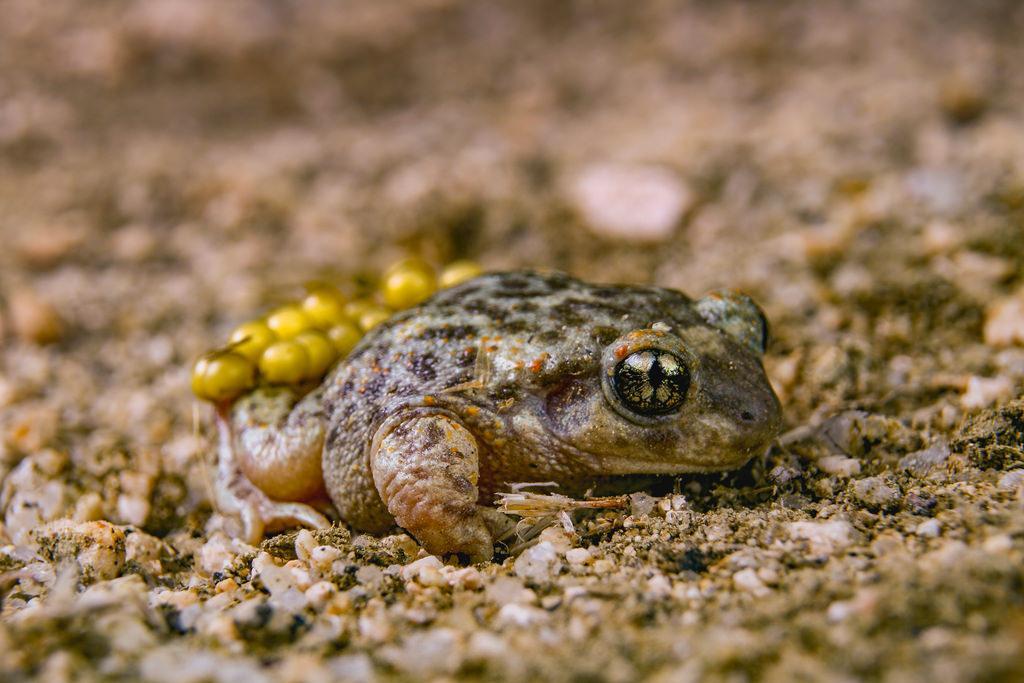 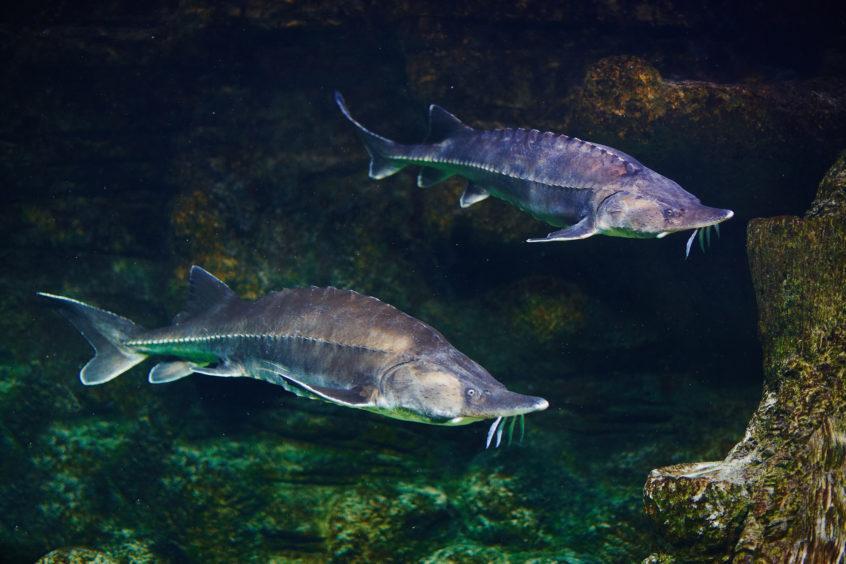 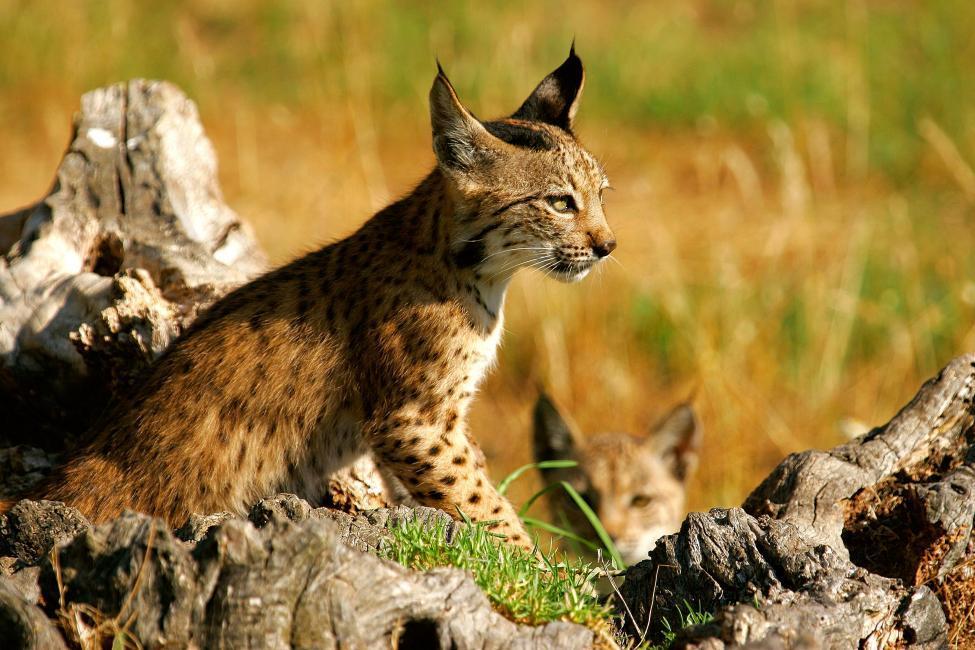 1 of 9
Animals of the Iberian Peninsula
Back to top