What is Mattu Pongal and Where is it Celebrated?

Mattu Pongal is a lively festival that takes place in India where people offer prayers to cows, bulls and other farm animals. The intention is similar to that of the American thanksgiving, where people give thanks for their blessings.

In this AnimalWised article we're going to talk about Mattu Pongal, its origin, where and when it takes place and how the festival is carried out. Keep reading to learn everything you need to know about this Indian festival!

You may also be interested in: What is Jallikattu and Where is it Held?
Contents

What is Mattu Pongal?

Do you know about the festival of Thai Pongal? This Hindu celebration that takes place in mid-January is an important occasion for the Tamil people, who give thanks for the sun and the harvest. Thai Pongal is mostly celebrated in the southern state of Tamil Nadu in India. It lasts for four days, of which the third is dedicated to cattle.

The third day of Thai Pongal is referred to as Mattu Pongal, and it is a festival where people offer prayers to cows, bulls and other farm animals. Cows and bulls are revered and venerated in India: cows provide nourishment in the form of milk, while bulls are essential for herding and oxen plow fields.

Mattu Pongal is the day when cattle are given rest and prayed for. Farmers honor their loyal cattle by celebrating thanksgiving for them.

What is the origin of Mattu Pongal?

On this special day, the goddess Parvati and her son the god Lord Ganesh are worshiped and pongal or boiled rice is offered to them, as per a puja or offering. According to the legend, Lord Shiva asked the bull Nandi or Basava to visit Earth and ask the mortals to undergo an oil massage and have a bath each day and eat once a month.

However, Nandi said that everyone should eat daily and have an oil bath once in a month. This mistake enraged Shiva, who cursed the bull to remain on Earth forever, to plow the fields and help people grow food. This day was then associated with cattle.

How is Mattu Pongal celebrated?

During the day of Mattu Pongal, cattle are washed while their horns are colored and covered in shining metallic caps. Beads, bells, sheaves of corn and flower garlands are used to decorate their necks.

On this special day, people approach the decorated cattle and touch their foreheads and feet, after which an aarthi is carried out. An aarthi is a fire-venerating ceremony. After that, the cattle are fed pongal as a holy offering or prasadam in this special day of thanksgiving. In fact, mattu is the Tamil word for “cow” and pongal means “boiled rice”.

When is Mattu Pongal celebrated?

The Hindu celebration of Mattu Pongal is celebrated on the 15th of January almost year, although sometimes it falls on the day after. As we said, it is the third day of the four-day Pongal festival.

Pongal also marks the fresh harvesting of rice, a crop associated with fertility, joy, and wealth. This way, it represents renewal and the change of season. Rice is a staple food in South India. On the day of Mattu Pongal, cattle are worshiped by Tamil people all over the world. Cattle and rice are linked, as they play a vital role in farms and help farmers to earn their everyday income. Here you can learn more about why are cows sacred in India.

How is Pongal celebrated?

During the festival of Pongal, people wash their cows, cattle and other farm animals. They make kolam or rangoli, which is a colorful pattern with flour or colored chalk powders in the yard of their homes.

On the first day, the image of rice is drawn. On the second day, there are depictions of Lord Sun and cows. Drawing the images brings good luck to them; some people also make depictions of Lord Ganesha. On day four, people cook rice and offer it to the goddess Parvati and her sons in the form of prayers after offering it to the cattle.

Pongal is cooked in earthenware decorated with sugar cane pieces and fresh leaves of turmeric. It is believed that milk overflowing from one side of the pot while cooking the pongal is a sign of positivity.

What is offered during Mattu Pongal?

The cooked pongal is placed on the kolam or colorful decoration that has been created in the yard. Besides rice, cattle are given other offerings during the day of Mattu Pongal, such as ginger, turmeric, sugarcane, stick and yellow garlands are offered.

People anoint the heads of the cows and bulls with turmeric and sprinkle saffron water on them. Aarthi, the offering of light and fire, is performed for Lord Krishna and Lord Indra on behalf of the cattle. The sound of the bell and bands of music ensure the atmosphere is vibrant and joyful.

Jallikattu or manju virattu is a tradition that takes place during Mattu Pongal, and nowadays it is a hotly debated practice. In short, it is a bull-chasing sport that has sparked lots of questions about animal rights, and it is the subject of much discussion in the state of Tamil Nadu.

Animal rights associations such as PETA argue that the bulls are threatened, attacked and hurt during the process of Jallikattu, and so they strongly oppose it. However, the authorities pursuing the case see it as an important tradition. While Mattu Pongal is supposed to celebrate and honor bulls and cows, this aspect of the festival has received its fair share of criticism.

If you want to learn more, take a look at our article on what is Jallikattu and where is it held.

Now that you know what is Mattu Pongal and where is it celebrated, why not learn more about animals in India? Dogs, cattle and crows are celebrated during the Tihar festival in the north as all street animals have rights according to Indian laws.

If you live in India and want to help animals, you can learn how to sponsor an animal in India as an alternative to adoption or you can discover how to volunteer at an animal shelter in India in order to get involved in the movement for animal welfare.

If you want to read similar articles to What is Mattu Pongal and Where is it Celebrated?, we recommend you visit our Facts about the animal kingdom category.

What is Tihar Festival and How is it Celebrated?
What is a Naga in Hinduism?
What is Groundhog Day? Meaning and History
What is a Raccoon Dog? - History and Facts
Related categories
Endangered animals
Most read
1.
What Animal am I According to my Zodiac Sign?
2.
10 Most Beautiful Animals in the World
3.
What Does It Mean When a Cat Shows Up at My Door
4.
The 10 Most Solitary Animals in the World
5.
Top 10 Smells Dogs Hate
6.
How Many Types of Lions Are There?
7.
Why do Dogs Get Stuck when Mating?
8.
My Female Dog In Heat Won’t Accept A Male - Causes
My Cat Is Eating Flies - Is It OK?
What Breed Is a Tortoiseshell Cat?
What is Splooting?
Is It Bad to Keep my Cat at Home?
Why Is My Dog Leaning on Me? - Is It OK?
What is a Dung Beetle? Main Traits and Fun Facts
How to Celebrate Your Dog's Birthday
What Is Brumation? - Differences Between Brumation and Hibernation 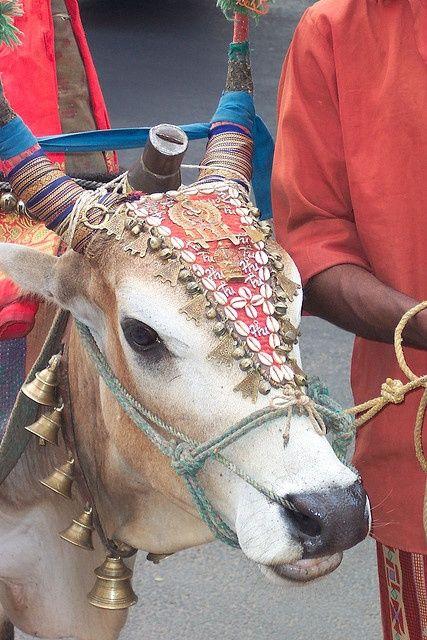 why are the cows decorated?

Since cows are so revered in Hindu culture, decorating them helps to show how important they are and shows them respect.
What is Mattu Pongal and Where is it Celebrated? 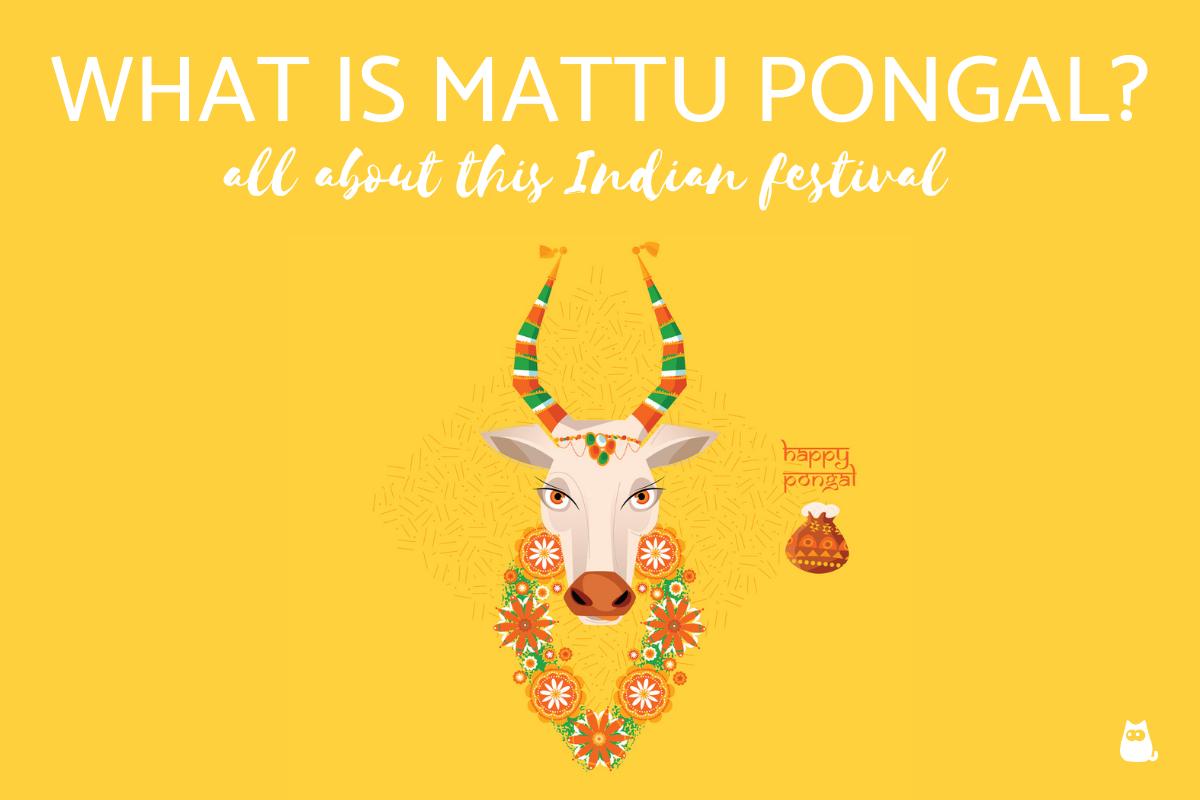 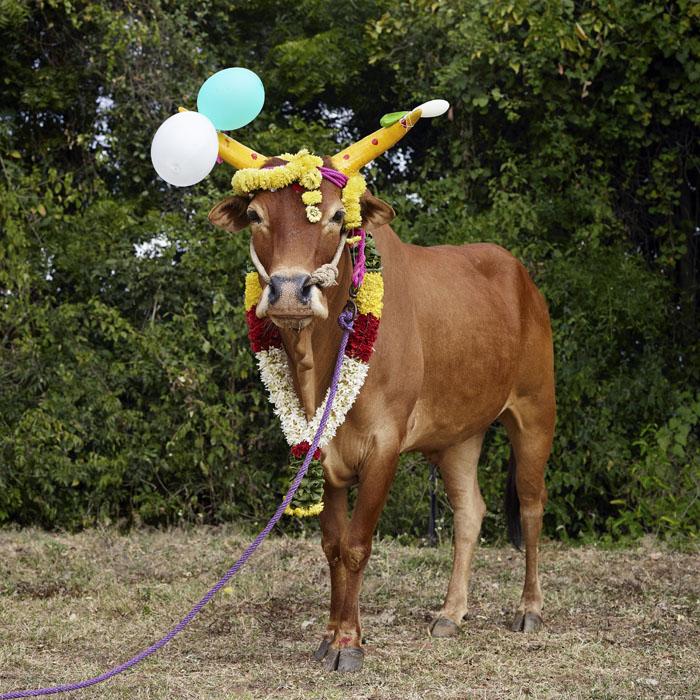 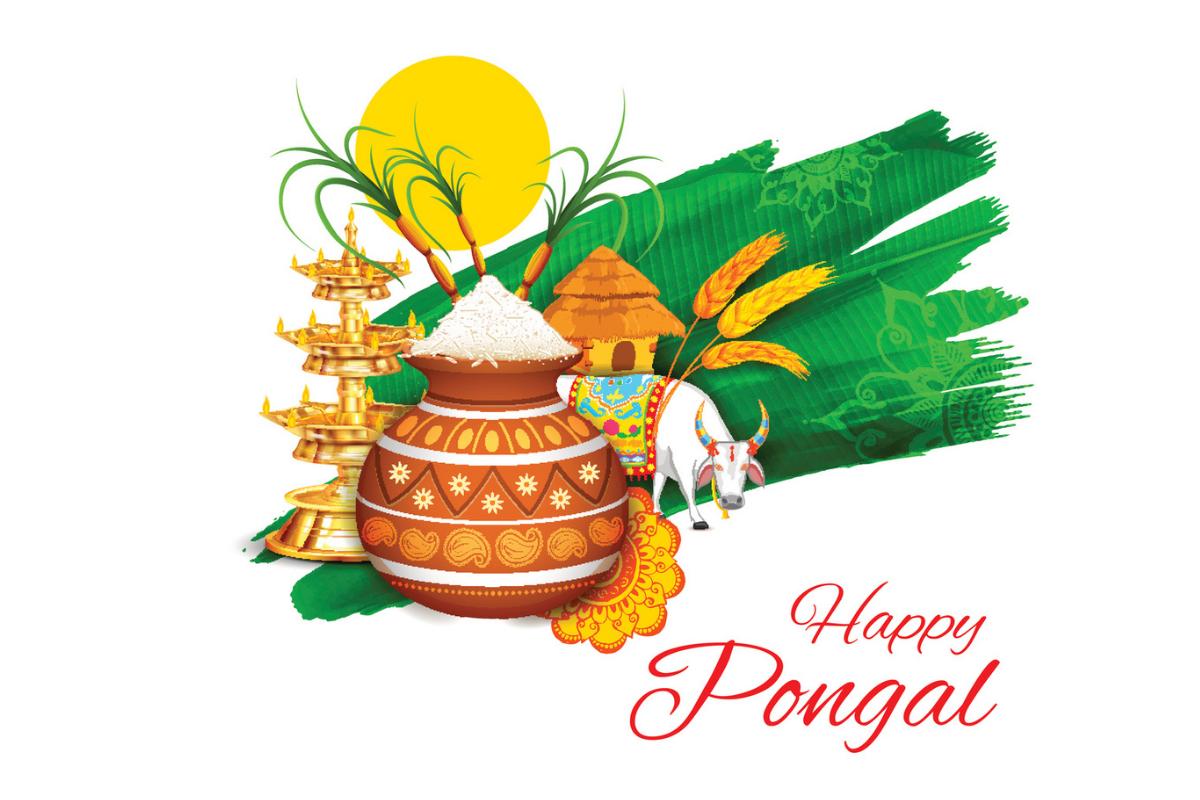 1 of 3
What is Mattu Pongal and Where is it Celebrated?
Back to top