What is the Story of Nandi the Bull?

The sacred bull Nandi or Nandin is the vehicle and gatekeeper of Hindu deity Lord Shiva, the creator, which is why it is enshrined in the form of statue at Hindu Shiv temples. The revered Nandi is the reason why bulls are considered sacred vahanas or vehicles of Lord Shiva.

In the ancient Hindu treatise called the Saura Purana, Nandi the bull is described in all his splendor, with ornaments that glow with the fire of thousand suns, three eyes, and a trident held in his hand. He is four armed, much like a Second Shiva.

Do you want to learn what is the story of Nandi the bull? Stay with us at AnimalWised and learn all about the animal figures of Hinduism!

Who is Nandi the bull?

Nandi the bull is one of the most iconic and well-known characters in Hindu mythology. According to the Vayu Purana, Nandi was the son of Kashyapa and Surabhi. In Sanskrit, Nandi means “happy and joyous”.

This revered figure is depicted in various ways. The most common depiction of Nandi is a sitting bull with folded limbs. He is either black or white colored and wears a necklace with a bell. Most depictions portray him as transporting Lord Shiva, who is aloft his steed.

Other depictions of Nandi show him as half human, and half bull. He is adorned in ornate clothing and jewelry with flowers, a crown, and garlands. He holds a conch shell and a staff and deer while blessing the devotees.

How was Nandi born?

Many Vedic texts point to the origin of Nandi from the desire of a great sage, Shilada, to have an immortal child. To get such a child, the wise sage performed many austerities, prayers, and penance.

Indra, the King of Gods, then manifested before him and said he would grant Shilada's boon, whereupon the sage replied that he sought an immortal and strong child whose greatness would be a legend. Indra informed him that only Lord Shiva, the most powerful god, could grant him such a wish.

Shilada then worshiped Shiva with great devotion. The Lord was pleased with his penance and appeared before him, granting him the boon. When the sage performed a yajna, that is, a holy fire ceremony, the divine child emerged from it. The gods blessed the divine child and all marveled at his brilliant radiance. Shilada named the child Nandi.

Why is Nandi a bull?

Shilada took Nandi home and tutored him, raising him with great care, affection, and knowledge. By age 7, Nandi became well versed in all the sacred scriptures and holy texts. One day, the Lords Varuna and Mitra arrived to bless Shilada with a long life. When they did not appear pleased, Shilada asked for the reason and was told that Nandi would not have a long life, and would die aged 8.

A grief-stricken Shilada shared the news with a heavy heart when Nandi asked him what the matter was. Nandi could not bear to see his father's pain and started praying to Lord Shiva. The powerful god was pleased with his devotion, and he conferred the necklace with the bell on Nandi, transforming him into half man, half bull. He also honored the young Nandi with immortality, making him the vehicle and head of the Ganas. Shilada and Nandi then went to Lord Shiva's abode and dwell there for all eternity.

Nandi and the curse of Parvati

Another story that revolves around Nandi is that Lord Shiva and the goddess Parvati were playing a game of dice where the faithful Nandi was the umpire. Partial to Lord Shiva, he decreed that the deity had won even though the goddess was the clear winner.

Infuriated, Parvati inflicted a curse on him. Nandi asked for the release from the curse, saying his actions arose from devotion to his Lord. Parvati then said Nandi could be released from the curse if he worshiped her son Lord Ganesha.

Nandi was told that he would be free of the curse if he offered Lord Ganesha his favorite items and revered the deity on his birthday. Nandi worshipsed Lord Ganesh on Chaturdashi, in the holy Hindu month of Bhadrapada, and offered him green grass as penance.

Another story, an ancient legend at that, speaks of how during Sagar Manthan or the churning of the great ocean, the snake king Vasuki was used as a rope. The poison spewed out of the snake king and to prevent this from harming all life, Lord Shiva drank the poison. Some of it spilled out while Lord Shiva's throat turned blue.

To save his master and all life, Nandi drank the spilled venom. To everyone's surprise, Nandi survived the poison and even the Devas - the gods - and Asuras - the demons - were struck with awe at his massive power and the protection of Lord Shiva.

During the churning of the ocean, the holy cow was born; stay with us to learn what is the story of the Kamadhenu cow.

The Temples of Nandi

Nandi is a popular deity in all of the Lord Shiva temples. From the Gavi Gangadhareshwara temple in Bangalore to the Mahanandiswara temple at Kurnool, there are many famous temples in India depicting the loyal and faithful Nandi. The latter temple, in fact, has the highest Nandi statue in the world and is one of the few temples dedicated solely to Nandi.

In southern Indian temples, he sits in a dedicated Nandi mandap or column pavilion. He is positioned directly facing Lord Shiva, whom he adores. Java temples even have Lord Shiva assume the form of Nandi as Nandi-Kesvara.

Does Nandi the bull have any powers?

Nandi the bull is a deity conferred with many powers. He is the protector of Dharma and the chief of the team of Ganas, or attendants of the gods. Nandi is also chief of 18 Siddhas or gifts in Hinduism and is considered the granter of boons.

Nandi symbolizes purity as well as justice, faith, wisdom, virility, and honor. He provides the music to which Lord Shiva performs the Tandava or the cosmic creation dance. In the Brahaddharma Purana, Nandi as a commander of Lord Shiva's army killed the elephant demon Airavata.

Now that you know what is the story of Nandi the bull, stay with us and learn all about the animal emblems of the United States and discover what do the Edicts of Ashoka say about animal rights.

If you want to read similar articles to What is the Story of Nandi the Bull?, we recommend you visit our Facts about the animal kingdom category.

Why is Hanuman a Monkey?
What is the Story of the Rainbow Fish?
What is the Story of the Kamadhenu Cow?
The True Story of Hachiko - The Faithful Dog
Related categories
Endangered animals
Most read
1.
What Animal am I According to my Zodiac Sign?
2.
10 Most Beautiful Animals in the World
3.
What Does It Mean When a Cat Shows Up at My Door
4.
The 10 Most Solitary Animals in the World
5.
Animals With Scales - Full List
6.
Why do Dogs Get Stuck when Mating?
7.
My Female Dog In Heat Won’t Accept A Male - Causes
8.
How Many Types of Lions Are There?
The Story of Laika: The First Dog in Space
The True Story of Balto, the Dog that Became a Hero
What is Mattu Pongal and Where is it Celebrated?
What is the Difference Between an Ox and a Bull?
What is the Habitat of the Eurasian Wolf?
What is the Origin of the Bengal Cat?
What is the State Animal Of...
What is the Habitat of the White-Tailed Deer?

1 comment
Rating:
Sudhir Parikh
06/06/2020
Story is nice ! What are the Four Charan or Feet represents?
What is the Story of Nandi the Bull? 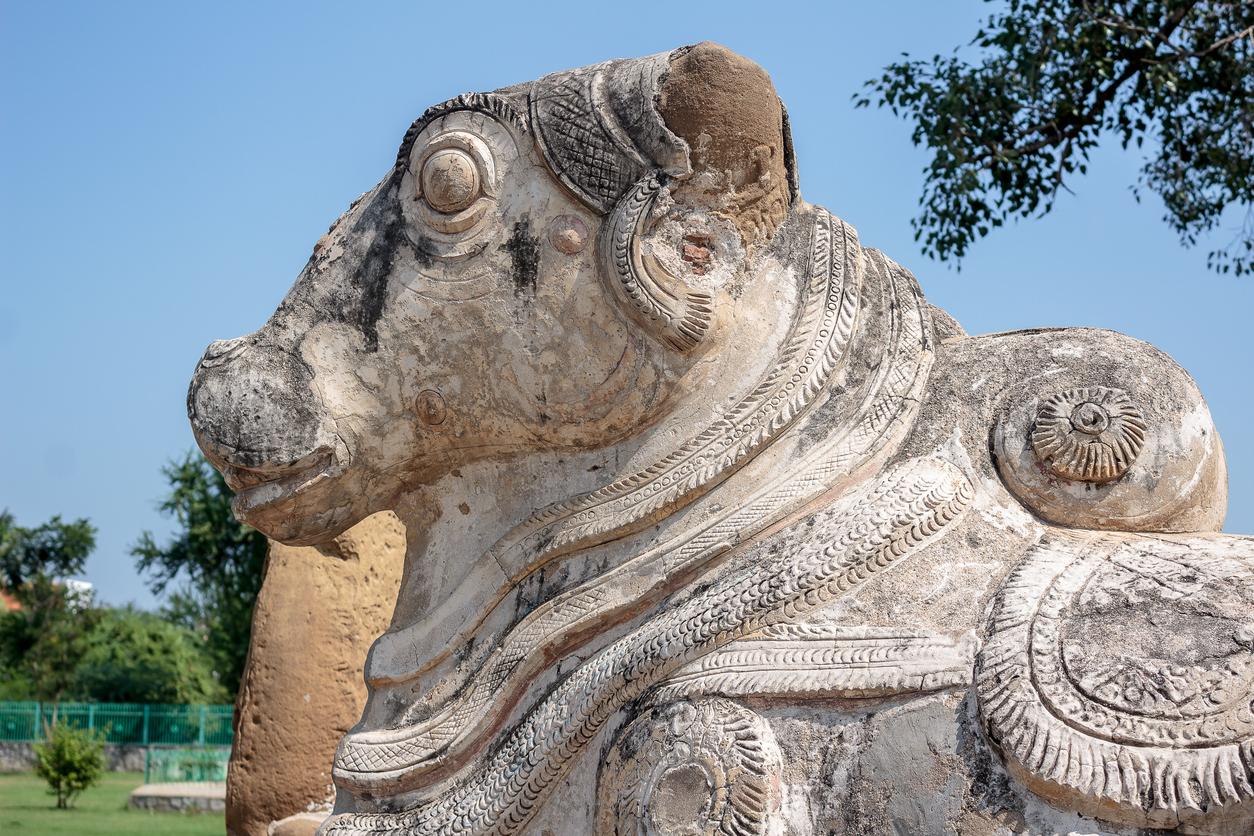 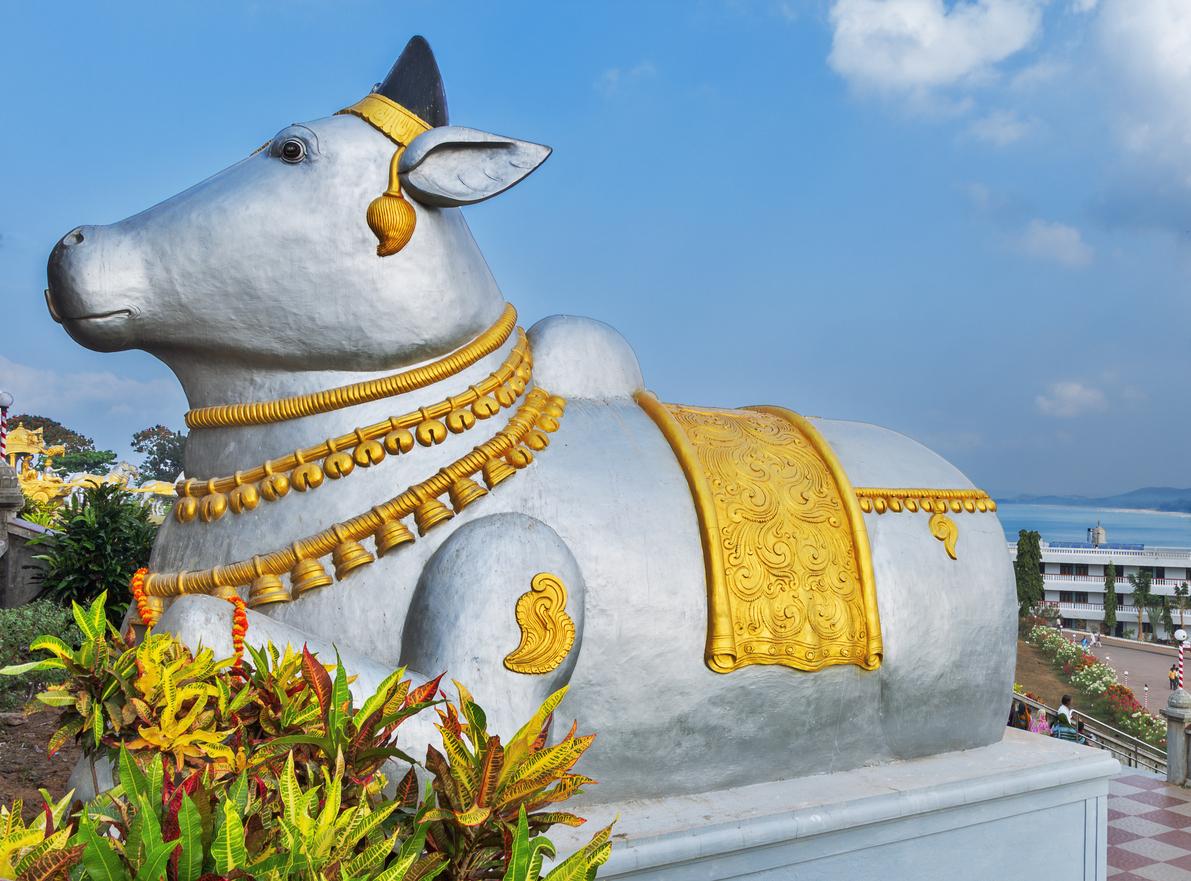 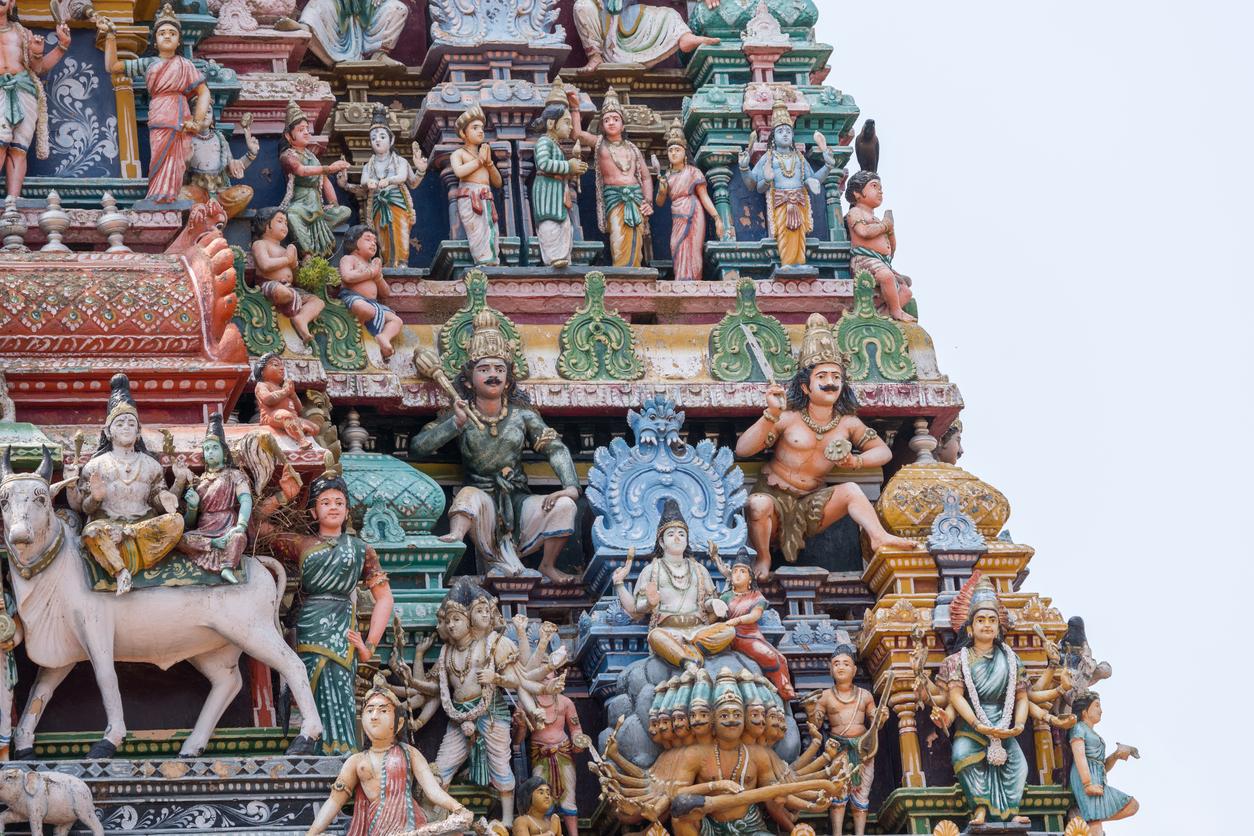 1 of 3
What is the Story of Nandi the Bull?
Back to top