Why are Cows Sacred in India? 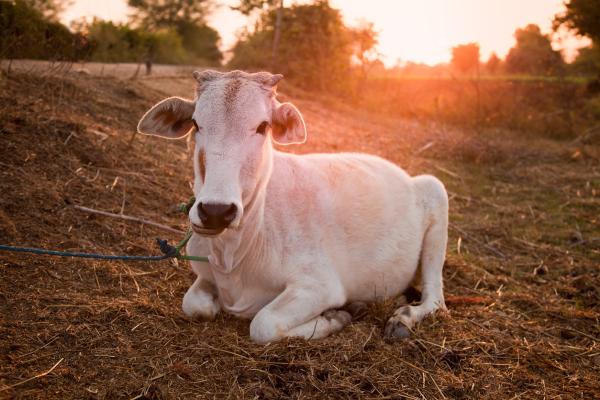 Hindus all over the world revere and worship cows. In fact, in India, cows are considered to be a manifestation of the Mother Goddess and a sacred animal that provides life-sustaining milk, considered the divine prasadam or holy offering.

In India, the cow is a holy, maternal figure revered as a symbol of the divine bounty of the earth. Do you want to learn more? Stay with us at AnimalWised and discover why are cows sacred in India.

You may also be interested in: Sacred Animals in Hinduism
Contents

Lord Krishna, one of the most revered Hindu deities, was a cowherd. This may account for the mythological significance and historical importance attached to cows in India. He is often depicted playing his flute, surrounded by dancing Gopis - or milk maidens - and cows.

Some of the other names for Lord Krishna are "Govinda" and "Gopala", which stand for “protector and friend of cows”. Feeding a cow in India is therefore considered highly auspicious for a devotee of Lord Krishna.

Vedic scriptures and the Holy Cow

The holy Hindu scriptures, the Vedas, also contain verses which stress that it is a sin to kill cows and eat their meat. The Vedas also emphasize that cows should be offered protection and even today, many Indian states prohibit the slaughter of cows.

The cow in India: Harbinger of divine products

Sattvic or divine products of milk and dairy have a social and religious significance in India. This is because these products such as buttermilk, organic milk, and yogurt provide strength and nourishment to the body.

Even Lord Shiva's trusted steed is Nandi; not a horse, the sacred bull.

The cow in India: A source of fuel

Cow dung is also used as fuel in India. Rich in methane, it generates heat and electricity. Many rural homes in India are plastered with cow dung to protect the walls from extreme temperatures. Cow dung is also the perfect fertilizer which has jumpstarted the organic farming movement in India.

In a land of spiritual mysticism like India, religious ceremonies called yagnas or fire ceremonies to thank the gods involve the cow. The ritual of burning cow dung as a sacred fire purifies the air too besides eliminating pollution and harmful radiation. Whether you opt for science or spirituality, there are good reasons why the cow is considered sacred in India.

The Holy Cow and the Panchamrit

Ayurveda, an India holistic system of medicine and healing holds that the sacred cow provides the Panchamrit or sacred ambrosia that is the nectar of Gods made from cow products like milk, yogurt, and ghee.

Drinking this sweet prasadam or divine offering, one can initiate positive energy, according to Ayurveda. Cow rituals are performed in states of India such as Rajasthan.

Ancient holy texts of Hinduism and the Sacred Cow

In the Mahabharata, an ancient mythological epic of the Hindus, the Pandava king Bhishma says that cows represent sacrifice because they are pure and holy, and they feed and nourish humans through milk and other products. Therefore, cows are sacred in Hinduism. Bhishma also says that cows act as a mother providing milk to human beings. The Puranas, ancient Hindu texts, say that nothing is more pious than the gift of cows.

Lord Krishna in the Bhagvad Gita - a scripture that is also a part of the Mahabharata - states: “Dhenunam asmi kamadhuk", which means "Among the cows, I am the wish-fulfilling cow". The wish-fulfilling cow is Kamadhenu, considered the mother of all cows and thus an originator of life. You can learn the fascinating story of the Kamadhenu cow here at AnimalWised.

Surabhi or Nandini is another holy name for the Sacred Cow. Even divine Hindu sages such as Chaitanya Mahaprabhu have revered the Holy Cow. Small wonder that India still regards the cow as a sacred animal!

Now that you know why is the cow a sacred animal in Hinduism, don't forget to share the article and spread the word!

If you want to read similar articles to Why are Cows Sacred in India?, we recommend you visit our Facts about the animal kingdom category.

What is Mattu Pongal and Where is it Celebrated?
What do the Edicts of Ashoka Say about Animal Rights?
What is the Story of the Kamadhenu Cow?
How Many Stomachs Does a Cow Have and Why?
Related categories
Endangered animals
Most read
1.
What Animal am I According to my Zodiac Sign?
2.
What Does It Mean When a Cat Shows Up at My Door
3.
Are There Venomous Spiders in the UK?
4.
The 10 Most Solitary Animals in the World
5.
10 Smells that Attract Cats
6.
Differences Between Deer, Elk, Moose and Reindeer
7.
10 Most Beautiful Animals in the World
8.
Most Common Cat Eye Color and Their Meaning
Illegal Animal Trade in India
Rights of Street Animals in India
What are the Most Popular Pets in India?
What is the Story of Nandi the Bull?
The 10 Most Dangerous Animals in India
What is Tihar Festival and How is it Celebrated?
Yulin: the Dog Meat Festival in China
What is the Difference Between an Ox and a Bull?

2 comments
Rating:
edwin benson tuttle
17/03/2021
My brother recently returned from a state visit to India, traveling widely across India hosted by many ashrams and churches, speaking as a leading Vegan advocate. He as astonished and saddened by how badly treated the cows were! The males are castrated and sent to slaughter in the states that allow this. The females have to be continually inseminated to keep producing milk and so WHAT do they do with the 50% males that are born? He reports that they slaughter them and saw horrific scenes of cows in box cars moving from one indian state to another. Is this true?
rajnish gaidhankar
15/07/2019
I want to start the darkly in Solapur Maharashtra
Why are Cows Sacred in India? 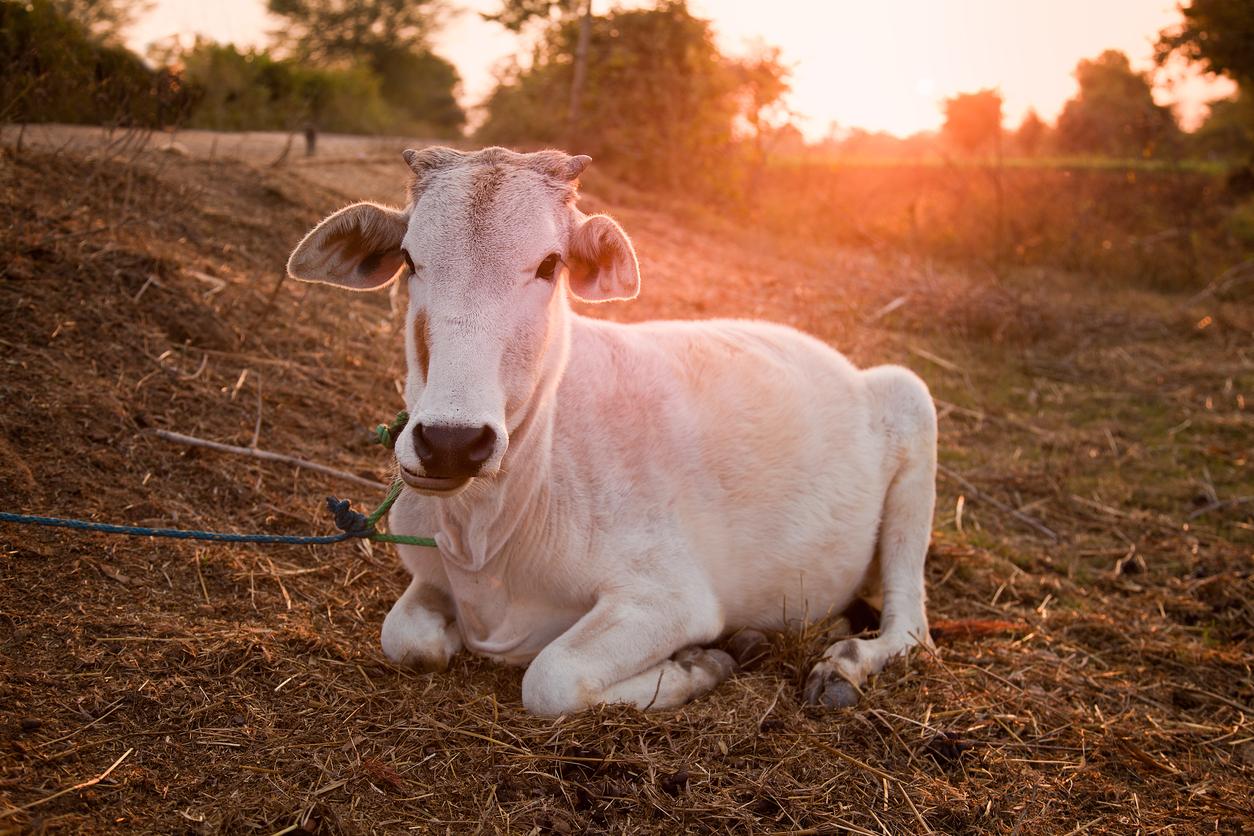 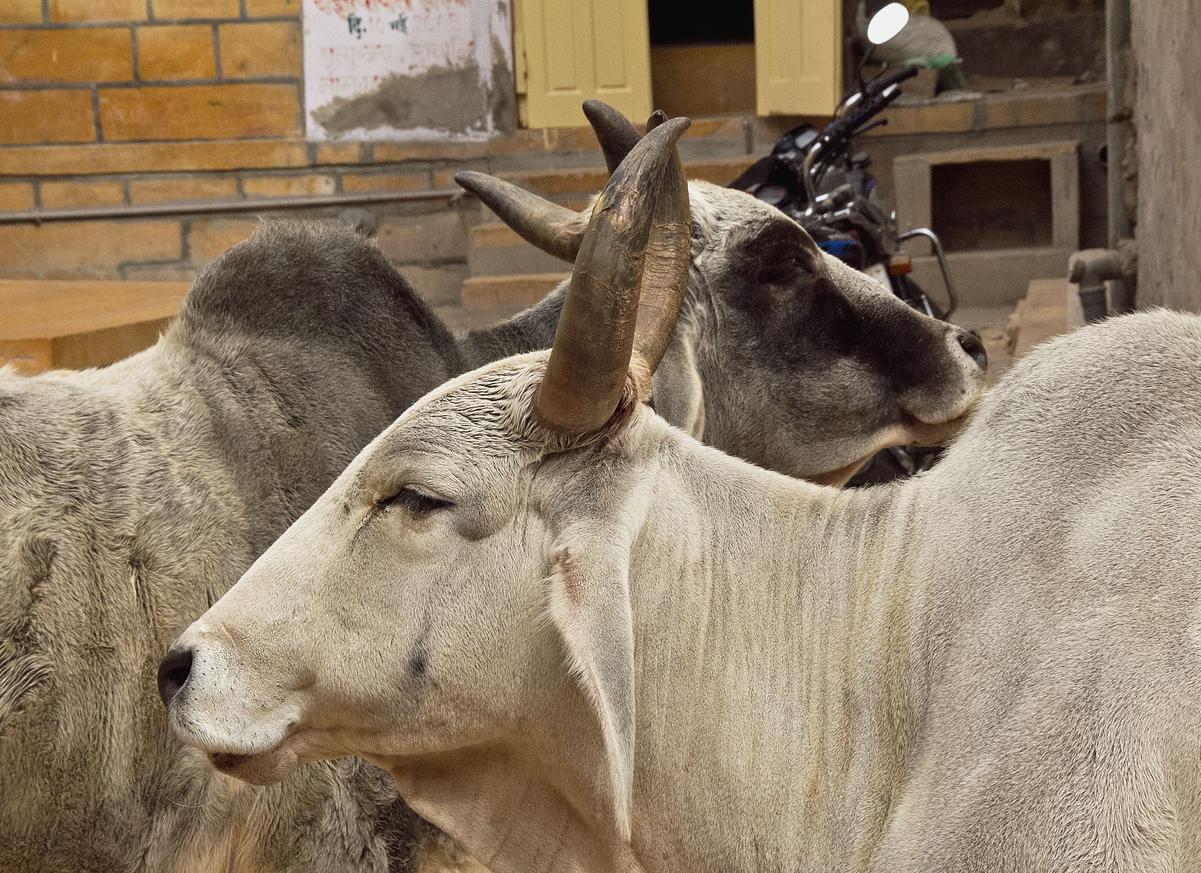 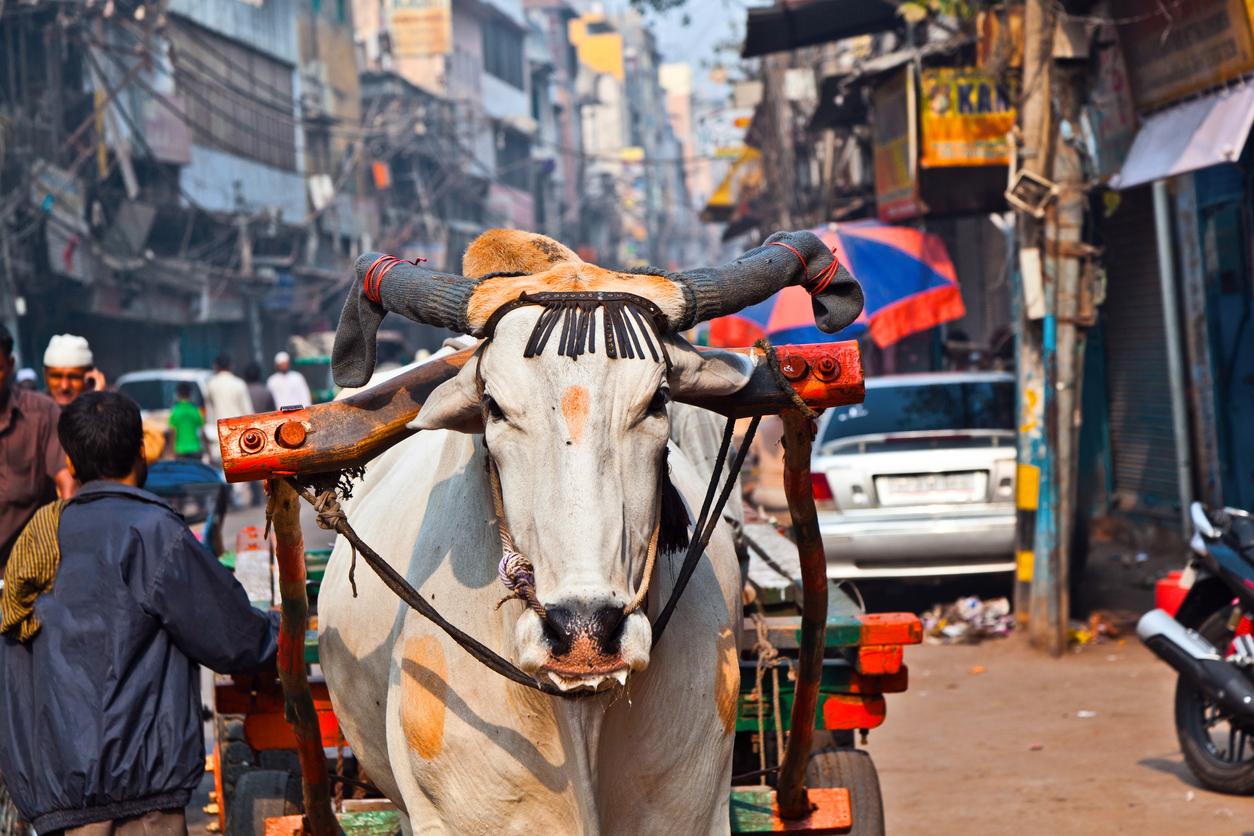 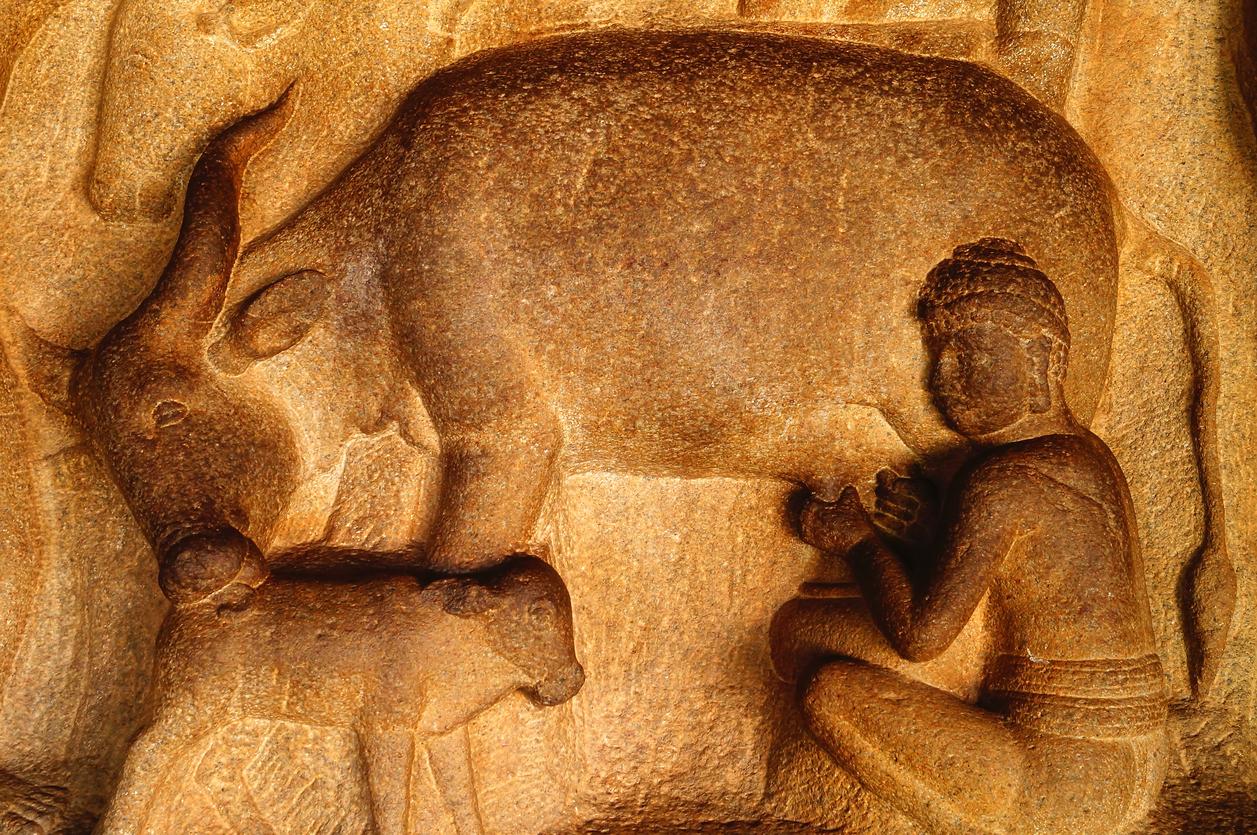 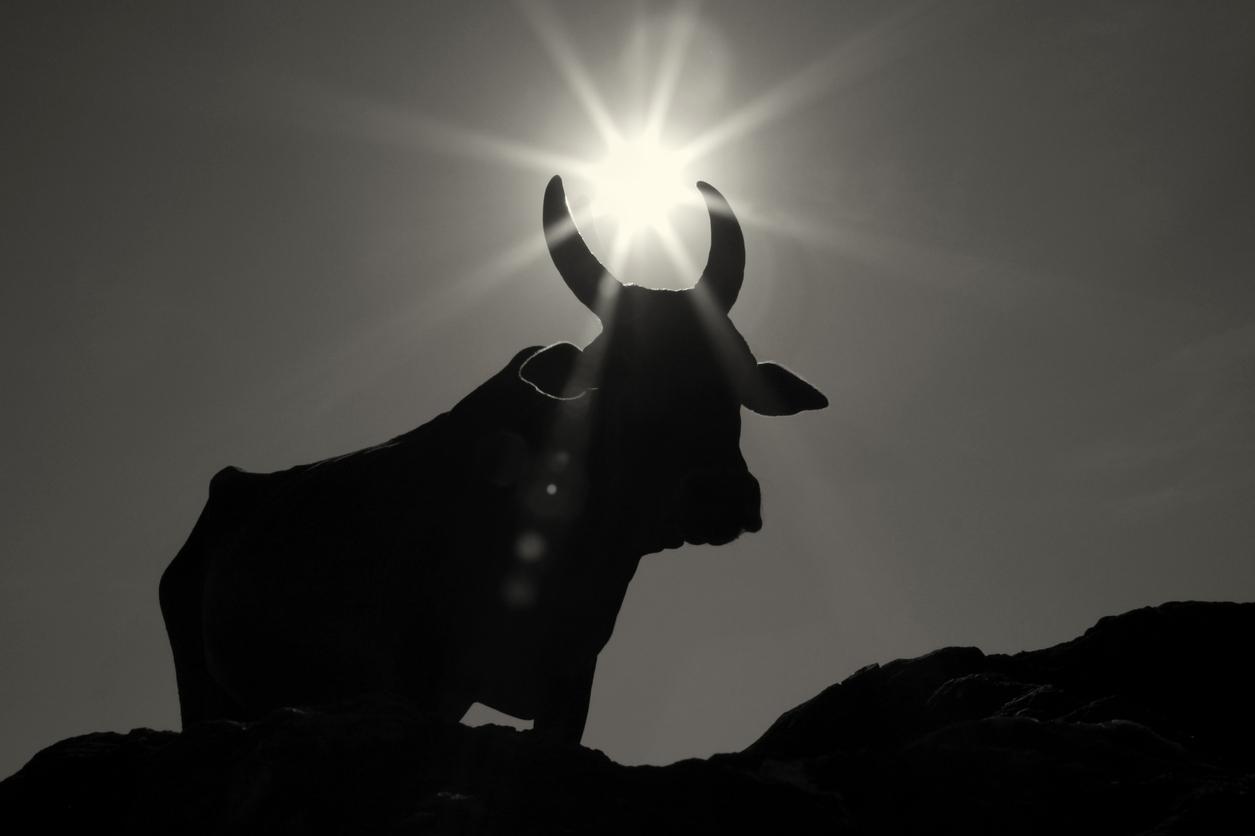 1 of 5
Why are Cows Sacred in India?
Back to top