What is a Naga in Hinduism?

Have you been reading about Hindu mythology? Or perhaps you've noticed certain cobra sculptures in Hindu temples? Whatever the reason may be, you've come across the mythological creature “Naga” and want to learn more.

In this AnimalWised article, we're going to talk about what Naga is in Hinduism. We'll go through its definition, origin and certain legends. Continue reading to learn more!

What is naga in hinduism?

Naga (meaning “serpent” in sanskrit) is a mythological creature in Hinduism, Buddism and Jainism. This creature is half human and half cobra. These creatures are dangerous, however sometimes also beneficial to humans.

These mythological creatures live in an underground kingdom called Naga-loka or Pata-loka, a place filled with beautiful palaces that are ornamented with precious gems.

Legend has it that when these creatures over-populated the earth, their creator, Brahma, sent them to live underground and only come out to bite those that are truly evil and those that were destined to die prematurely.

Nagas are often associated with rivers, lakes, seas, wells and other waters. They are also known to be the guardians of hidden treasure.

Many people also wonder is nagas have any superpowers. In Hinduism, Jainism and Buddhism nagas can take any form, although they usually assume human forms. This is because they are demigods, associated with water and treasure.

Snakes form the garland, anklets, and armlets of the most powerful God in the Hindu pantheon, Lord Shiva. The gods Bhairav and Mahakala receive protection and decoration from snakes. A thousand headed naga, Ananta, protects Kali, the Hindu goddess of destruction. In many Hindu myths the gods are protected by nagas, and even rest on them. Nagas also act as protectors on doors, windows and temple walls. This is why we can often observe their carvings and sculptures on Hindu temples.

Lastly, the chakra at the base of the spine in Tantrism and yoga is called Kundalini, which means “snake”. It refers to the serpent power inside the human body, and it is depicted as a coiled snake which is awakened by mystic yoga practices or Tantric rites.

How Nagas were born

Nagas were born from Kashyap and his third wife, Kadroo, who birthed great serpents (nagas). According to the legends, Kadroo gave birth to one thousand nagas. Some of the most famous, besides the trio of Sesha, Vasuki and Takshaka are Anant, Kanwal, Kalia, Karkotak, Padma, Aswatar. Mahapadma, Shankh, Pingal, and Kulik.

The most well-known nagas in Hinduism are Shesha, Vasuki, and Takshaka. Shesh, also known as Ananta, supports Lord Vishnu, acting as his steed as he lies on the cosmic ocean.

Vasuki is the Lord of Serpents. This naga was used as a rope to churn the oceans during Sagar Manthan. This was when Lord Shiva carried out the cosmic dance of creation. During this key event of Hindu cosmology, Kamadhenu the cow was born and Nandi the bull drank Vasuki's venom to save Lord Shiva and all of creation.

Takshaka is the tribal chief of snakes and an unusual naga. He appears in the epic Mahabharata, and his fame spread even to Chinese and Japanese mythology.

Female nagas, known as nagis or naginis, are considered serpent royalty. As we explained in our article on the differences between a colubrid and a snake, “serpent” is a generic name for a mythical snake or a snake symbol of any species.

Naginis are known for their striking beauty, and different dynasties such as that of Manipur in northeastern India, Pallavas in southern India and the ancient ruling Funan family of Indochina.

Nag Panchami is the festival that celebrates the birth of the nagas and their mother, Kadroo. The nagas were born in Panchami - the fifth day - of Shravan - the lunar month that falls in July and August. This Hindu festival is still celebrated today.

In the festival of Nag Panchami, images of cobras are worshipped. People make offerings of lotus flowers in silver bowls, milk and sweets, including a special rice pudding. During this festival, five nagas are especially honored, they are the following: Pingala, Karkotaka, Ta-al, Ananta, and Vasuki.

Here you can learn more about other Hindu festivals that honor animals, such as Mattu Pondal in the south and Tihar in the north.

Now that you know what is a naga in Hinduism, you'll understand why snakes are so important in the cultures of the Indian subcontinent. They are hugely respected, as cobras are among the most venomous animals in India and the most dangerous animals in Asia.

If you want to read similar articles to What is a Naga in Hinduism?, we recommend you visit our Facts about the animal kingdom category.

Sacred Animals in Hinduism
Non-Venomous Snakes in India
What is Tihar Festival and How is it Celebrated?
What is the Story of the Kamadhenu Cow?
Related categories
Endangered animals
Most read
1.
What Animal am I According to my Zodiac Sign?
2.
10 Most Beautiful Animals in the World
3.
What Does It Mean When a Cat Shows Up at My Door
4.
The 10 Most Solitary Animals in the World
5.
Why do Dogs Get Stuck when Mating?
6.
My Female Dog In Heat Won’t Accept A Male - Causes
7.
How Many Types of Lions Are There?
8.
Animals With Scales - Full List
The 10 Most Dangerous Animals in India
What is the Story of Nandi the Bull?
What is the Story of the Rainbow Fish?
What is 'Sparring' in Dogfighting?
Why are Cows Sacred in India?
Why is Hanuman a Monkey?
What is Splooting?
What Is the Strongest Animal in the World?

What is a Naga in Hinduism? 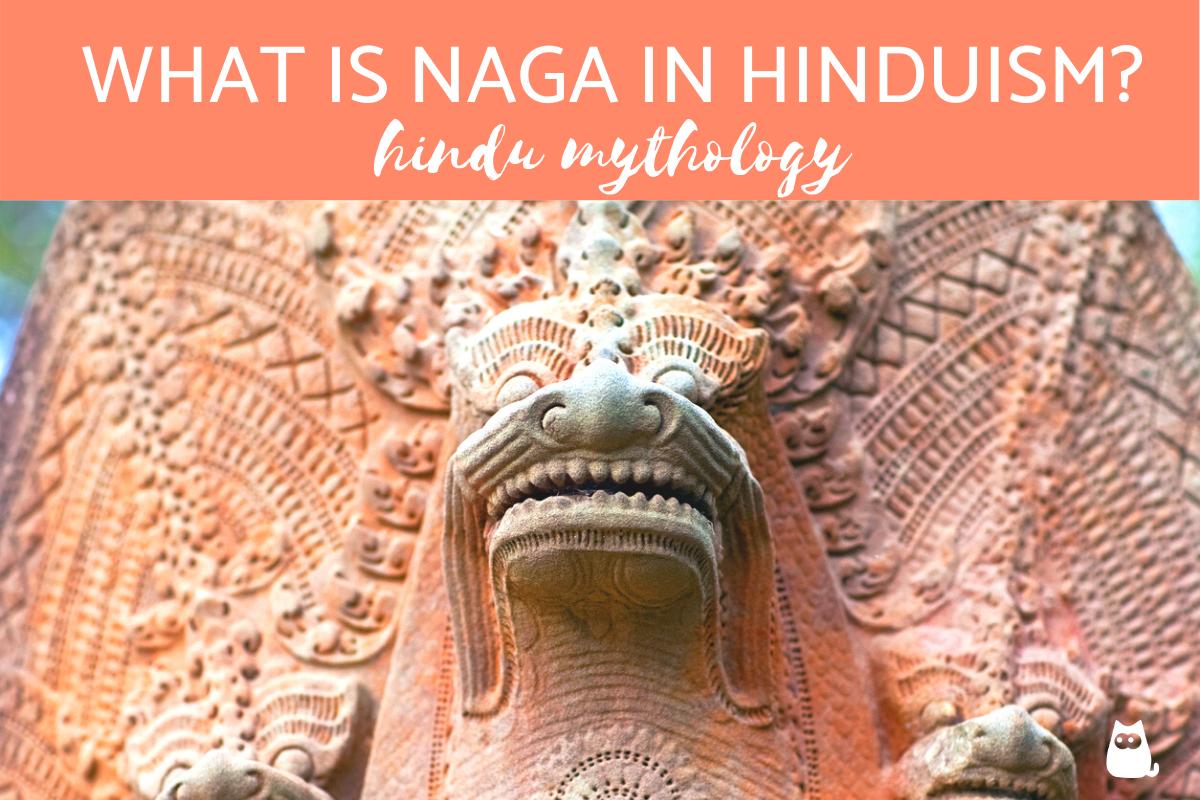 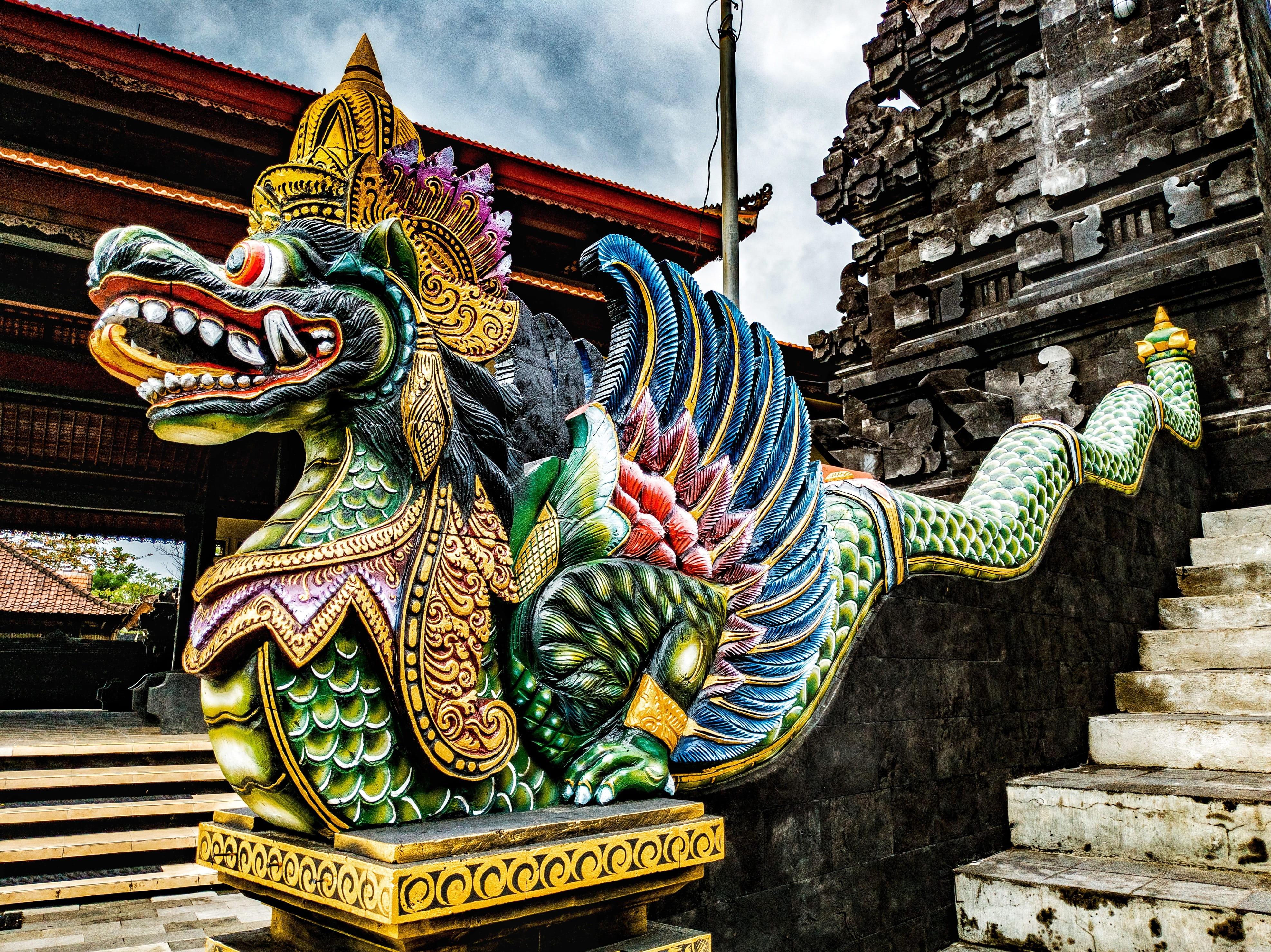 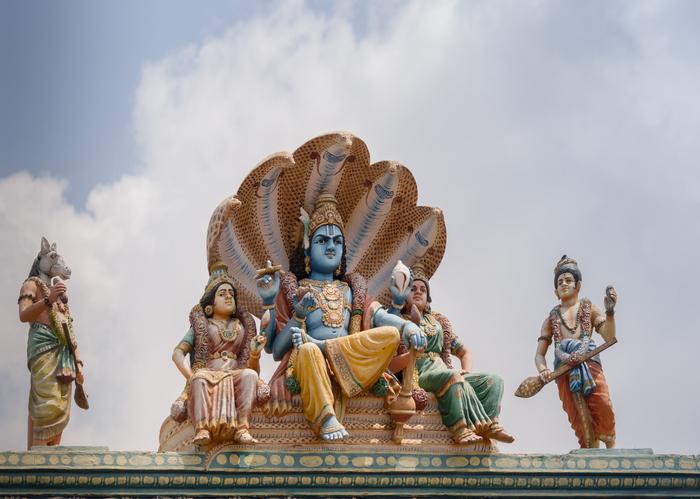