What is the Difference Between an Ox and a Bull?

Ask someone “what is the difference between an ox and a bull?”and they may picture images of two different animals. Although both terms are used to refer to males of the same species, they are terms which carry more specific meanings. These meanings have more to do with nomenclature rather than a breed of animal. As agrarian societies have transmuted into more industrial communities, many people are not as aware of the roles different livestock fulfill, nor the terminology we use to describe them.

AnimalWised explains not only the difference between an ox and a bull, but we help you to better understand the words used for different bovine animals. These include various terms for ‘cattle’ including steer, calf, cow and more.

You may also be interested in: What is the Difference between Turtles and Tortoises?

Difference between ox and bull

As we stated above, the terms bull and ox are used to refer to the same animal, specifically the male cow (Bos taurus). There are some controversies in naming certain species of cow, but here we are concerned with the terminologies used in cattle farming. We will go into further definitions of cattle terminology further below. To better understand the differences between a bull and an ox, let's look at the meaning of each word.

What is a bull?

The term ‘bull’ is used to refer to a fertile male of the species Bos taurus. This species encompasses various different breeds, but all are what are widely known as cattle. The bull is a male cow characterized by having their reproductive abilities remaining intact, i.e. they have not been castrated. They are left unsterilized so they may be used as stud animals to mate with females and maintain population numbers.

What is an ox?

The term ‘ox’ is usually an adult cow which has been sterilized and reached adult maturity. However, the main defining feature of an ox is their purpose. They are used as either draft or riding animals. Draft animals are used for pulling machinery in the fields or pulling vehicles to travel. This work is heavy and requires a strong and sturdy animal to be carried out.

Veterinarians recommend castrating cattle during the first months of life. The reason is that after 12 months of age an uncastrated male cow can become aggressive due to sexual maturation. Bulls are fiercely competitive animals and will fight for access to females for mating. This is why many males are left in their own pastures away from females and other bulls. It is also partly why there are so few bulls compared to other types of cattle.

Can you get an uncastrated ox?

There are occurrences where a bull might be considered an ox. Any uncastrated male cow used as a work animal will be considered oxen (the plural of ‘ox’). However, due to hormonal changes after reaching sexual maturity, bulls are much more difficult to control than castrated male cows. They are less likely to run away or even attack people if they perceive aggression. This is why most oxen are castrated. It is possible for female cows to be used as oxen but it is not as likely.

As we can see the differences between oxen and bulls are generally according to the uses we humans put them to. There has been great need to make these differentiations. For many centuries, we did not have the technology we do now to keep up agricultural production. As cows are large animals with a lot of strength, but a relatively docile nature, we have been able to utilize them to plow fields, pull logs and perform many other tasks on farmland.

Female cows are useful to human as both a source of milk and related dairy products and meat. Male cows cannot perform the first of these tasks, but they can be raised as meat. Unfortunately, in countries like the UK, keeping the male cows on for rearing is not financially viable for the majority of farms[1]. The result is early killing of the male.

The mechanization of agriculture has also meant that in higher income countries, male cows are not needed to be used as oxen, i.e. they aren't required to work in fields or as draft animals. However, the infrastructure will depend on different countries. In India, cows are seen as sacred animals, so their slaughter is often prohibited. This leads to problems with overpopulation of male cows and the necessity of goshalas (cow sanctuaries).

Other cattle terminology and names for types of cows

As stated above, cattle as a species consist of any breed of animal in the binominal nomenclature Bos taurus. How they are categorized will depend on the age, sex and function of the animal related to their use on farms. Below we summarize some of these categories to help you understand the differences between types of cattle livestock.

The geographical differences in terminology for cattle, whether oxen or bulls, are not always consistent, even within the same country. For example, in Australia, a young bull is known as a ‘micky’. However, we have tried to summarize the main terms used for cattle in the English speaking world.

If you have some specific different names for cows in your country you would like to share, please do so by leaving a comment below. This helps us to improve our content and also provides important information for those passionate about the animal kingdom.

If you want to read similar articles to What is the Difference Between an Ox and a Bull?, we recommend you visit our Facts about the animal kingdom category.

What is the Difference Between an Ox and a Bull? 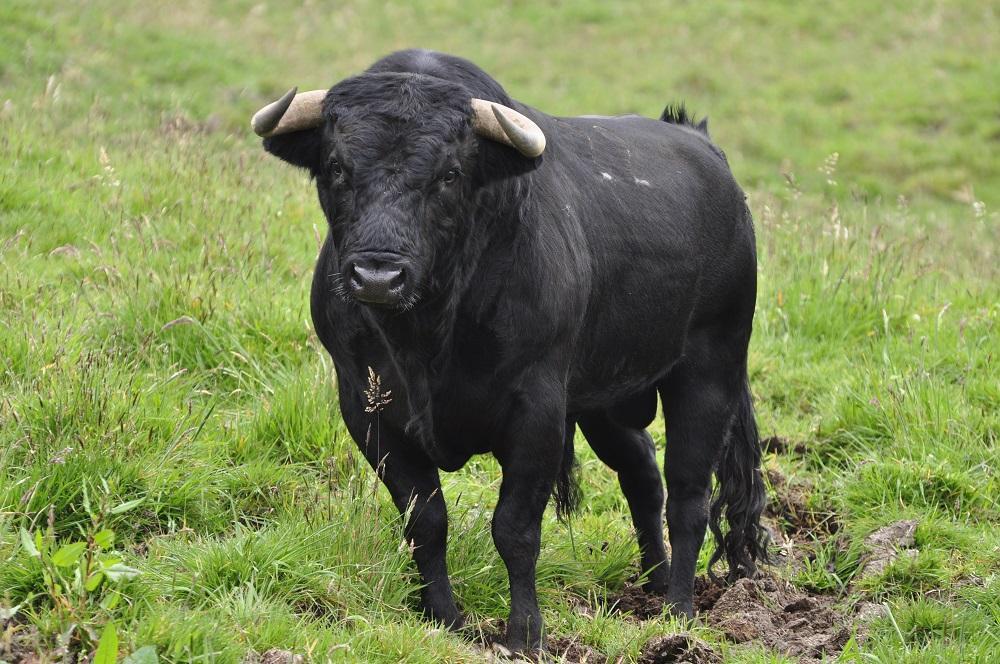 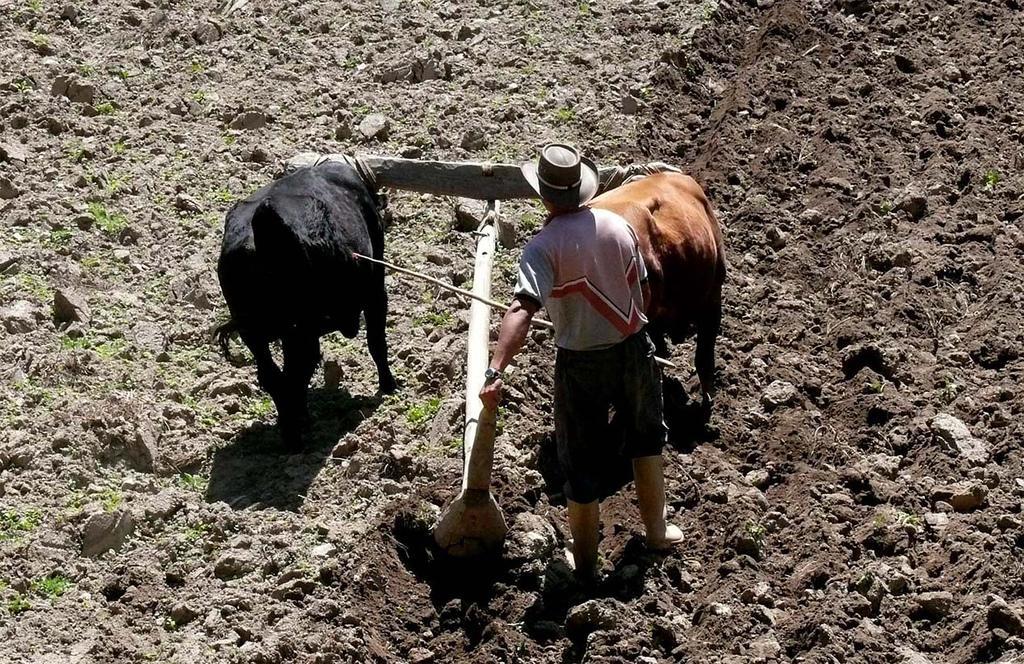 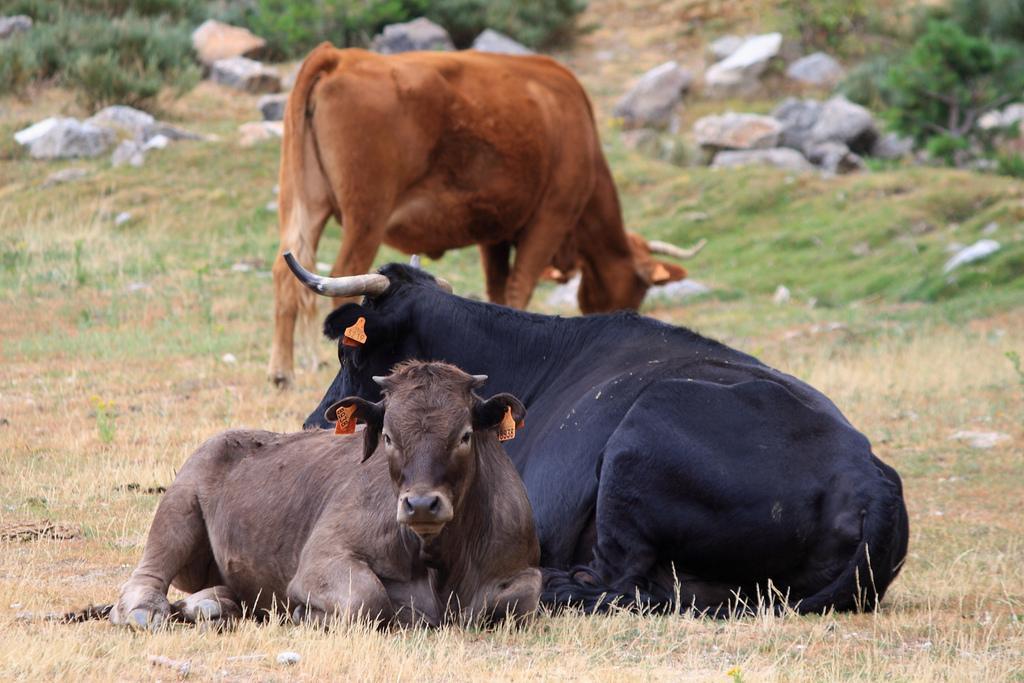 1 of 3
What is the Difference Between an Ox and a Bull?
Back to top