What is the Difference Between a Llama and Alpaca? 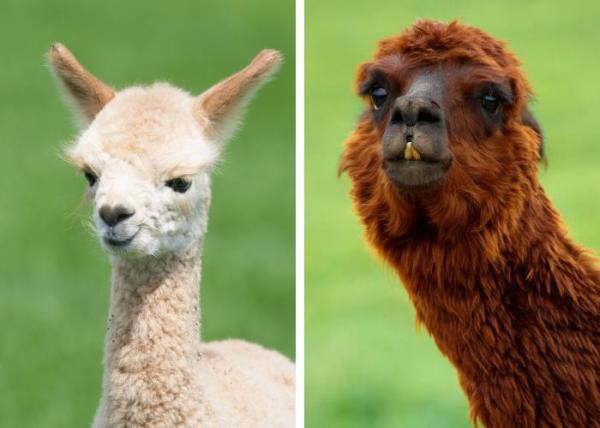 The llama and alpaca are both animals native the Andes Mountains. Both are very important cultural, historical and practical animals for the countries in this region. Their similarities in physical features and behavior show their close relation to each other. Despite such similarities and the fact they are from the same camelid family of mammals, they are not the same animal. While we can clarify what is the difference between a llama and alpaca, it is important to know that the true origins of both animals are difficult to determine. The reason for this is due to a lack of records in the place of origin and the interbreeding of animals which has occurred for many generations.

In this AnimalWised article we look at the llama vs alpaca, providing the key features of distinction so you can know which is which. We also provide information on vicuñas and guanacos, similar animals which are also sometimes confused with llamas and alpacas.

You may also be interested in: What is the Difference Between Rabbits and Hares?
Contents

Alpaca vs llama - what are the similarities?

In addition to the physical similarities between them, there are other reasons it is easy to confuse llamas and alpacas. Firstly, they belong to the same taxonomic family Camelidae. This grouping also contains camels, dromedaries, vicuñas and guanacos. They are all ruminant artiodactyl mammals. They are ruminants because they ferment their food as part of their digestion and artiodactyl because they are even-toed ungulates.

Due to the physical similarities between all these animals, it can be possible to become easily confused. However, some are more easily confused than others. For example, camels and alpacas are fairly easy to distinguish. When it comes to alpacas vs llamas, the differences are much more subtle. To help us better know the difference between the alpaca and llama, let's consider their similarities.

Similarities between llamas and alpacas

Some common aspects that can cause us to confuse llama and alpaca are:

However, to really understand the difference between the llama and alpaca, we need to look closer at South American camelids.

According to a study published in the Chilean Journal of Natural History[1], there are four species of South American camelids. Two have been domesticated while the other two remain wild in the majority. They are:

As you will see, despite the fact it is llamas and alpacas which are so often confused with each other, there are significant differences. In fact, the llama has more in common with the guanaco and the alpaca with the vicuña.

Difference between llama and alpaca

The main difference between llamas and alpacas is the fact they are a different species, despite being taxonomically linked. There is some controversy among academics concerning the origin of both animals. As we have already explained, the hybridization rate of animals in this area has made studying them difficult. On a chromosomal level, llamas are more similar to guanacos and alpacas more similar to vicuñas.

Without having to look at their DNA, there are evident morphological differences between the llama and alpaca which can help us tell the difference between them:

If you are wanting to know the difference between other animals which look similar to each other, you may enjoying reading our article on the differences between deer, elk, moose and reindeer.

It is estimated that the domestication of the alpaca began 6,000 or 7,000 years ago in the Peruvian Andes. Today, they can be found in Chile, Andean Bolivia and Peru. It is in the latter of these countries where the largest population of alpacas live. Here are some characteristics of the alpaca:

An alpaca is visibly smaller than the llama. They measure between 1.2 m (3.9’) and 1.5 m (4.9’), and can weigh up to 90 kg. Unlike the llama, the alpaca cannot be used as a pack animal (i.e. transporting goods on their back). However, due to its quality, the wool of an alpaca is highly sought after. It is considered more valuable than the wool of a llama and its sale greatly boosts the local economies where they live.

As in the case of llama, alpacas are also known to spit to defend themselves. This id despite the fact they are docile animals. The reason why alpacas spit is generally as a form of either defence or competition. For example, if two alpacas are competing for food, they may spit at each other to show dominance.

Although alpaca and lamas are relatively plentiful, there are many animals in South America which are not. You can find out more by reading our article on

One of the easiest ways to differentiate between the llama and alpaca is due to the fact llamas are the largest camelid in South America. They are known to weigh up to 150 kg. Bolivia is currently the country with the largest concentration of llamas, but they can also be found in Argentina, Chile, Peru and Ecuador. Distinguishing characteristics of the llama include:

Studies estimate that at least 6,000 years ago the llama was already a domesticated animal in the Andes. They were used by the Inca peoples for the transport of cargo and in wool production. They were very important in the local economy and were even used to accompany the royal armies. This is one of the reasons for their wide distribution throughout the region.

One of the ways we can't distinguish between alpacas and llamas is by looking at what they eat. The two animals both eat shrubs grass and hay, either grazing on pastures or being given hay by their caretakers. Despite their calm and docile temperament, they will also spit if threatened. This response often sounds like a sneeze, but the spitting action is quite deliberate.

Despite not being related, there are those who also confuse vicuñas with North American antelopes (Antilocapra americana). This is due to their appearance, size and way of walking (gait). They usually travel in packs which are composed of relatives or males. It is rare to see a vicuña wandering alone. If you do see one alone, it is likely a single male without a pack looking for a mate.

According to a study by Cristián Bonacic[2], among the camelids of the Andes, the vicuña is the smallest (measuring a maximum of 1.3 m tall with a maximum weight of 40 kg). Their hooves develop in such a way that they can move quickly over the slopes and loose stones which they encounter in their habitat. Their teeth, which resemble those of rodents, are also different from other species. They use them to feed on shrubs and plants near the ground.

They usually inhabit areas in the Andean regions of central Peru, western Bolivia, northern Chile and northwestern Argentina. They can live in areas more than 4,600 m above sea level. Their fur is known for being particularly fine and is of excellent quality. This is partly because it is necessary to protect them from the cold climates of such heights. Their trade was highly valuable in the pre-Columbian era.

The vicuña is already at a higher risk of extinction than other camelids due to illegal hunting. Apart from humans, dogs, pumas and Andean foxes are their most common predators.

The guanaco can be seen in arid and semi-arid environments in South America (Peru, Bolivia, Ecuador, Colombia, Chile and Argentina). They live at altitudes sometimes in excess of 5,200 m. Currently, Peru is the country where it is most commonly found. The characteristics of guanaco are:

Compared to the rest of the animals described in this article, the guanaco is distinguished by having a shorter coat. They also have small pointed ears and striking brown eyes. Another aspect of the Lama Guanicoe is its energetic way of walking and the fact that they can spend up to 4 days without water.

A curiosity about South American camelids

One common factor of South American camelids is quite curious. They defecate and urinate in the same place, creating large piles of community waste. Their waste piles can grow very large, with some recorded at 30 cm thickness spanning a diameter of 4 m. On an ecological level, this practice seems to be very good for their habitat. After the rainy season, the areas where the animals defecate and urinate is known to have healthy vegetation which stands out in comparison to the arid landscape around it.

If you want to read similar articles to What is the Difference Between a Llama and Alpaca?, we recommend you visit our Facts about the animal kingdom category.

1 comment
Rating:
Janet Kamienik
04/05/2021
I was sharing this article with my grandson to show him the difference between the llama and the alpaca. When we came across this line in your article we noticed the error. Snout: alpacas have a longer and more prominent snout than alpacas. You might want to correct this sentence. I am surprised that no one has brought this to your attention.

This was an oversight which has been rectified. Thank you for pointing it out to us, we appreciate it.

What is the Difference Between a Llama and Alpaca? 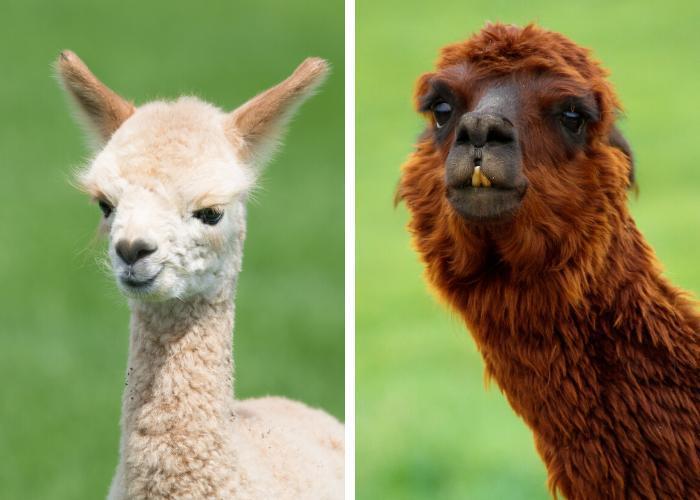 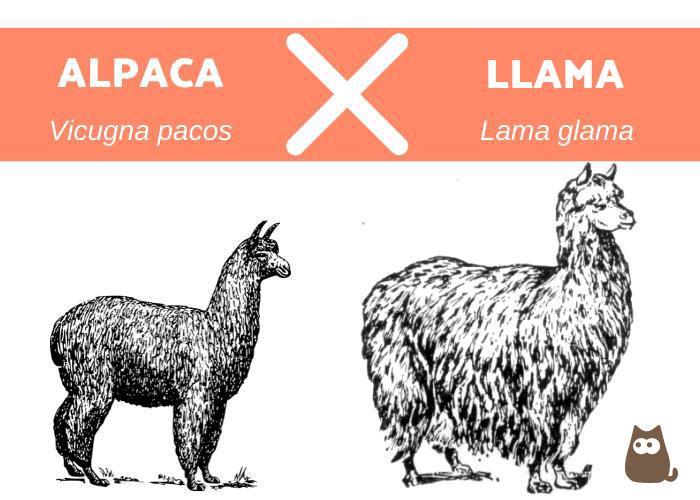 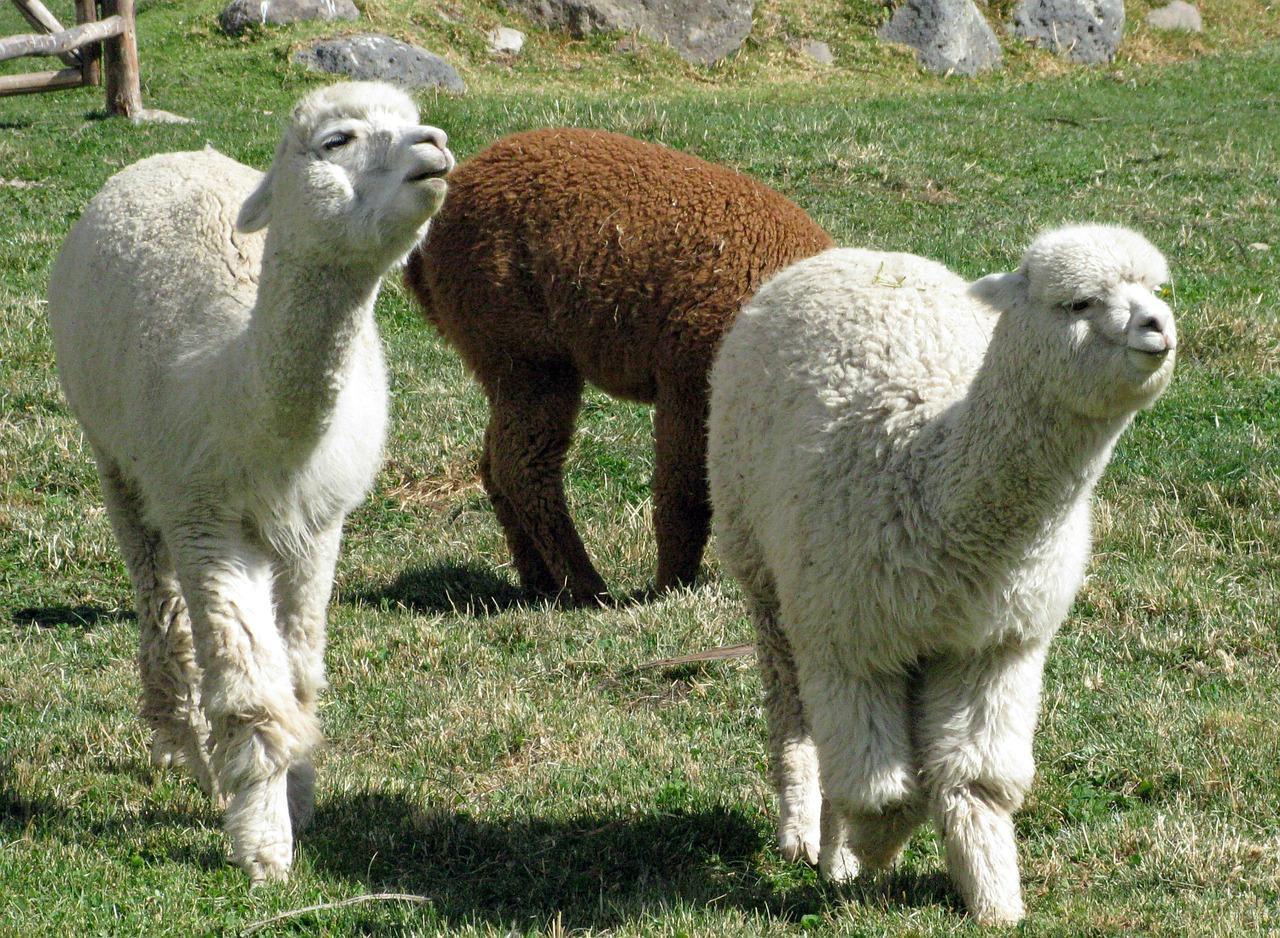 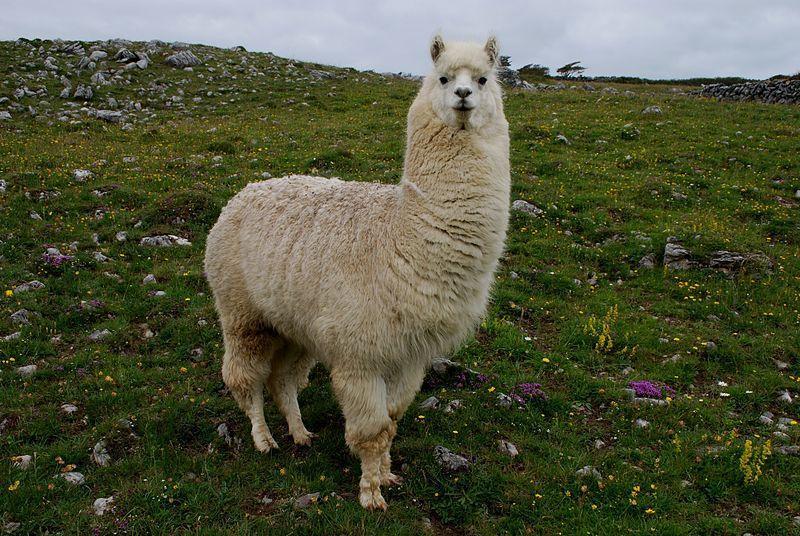 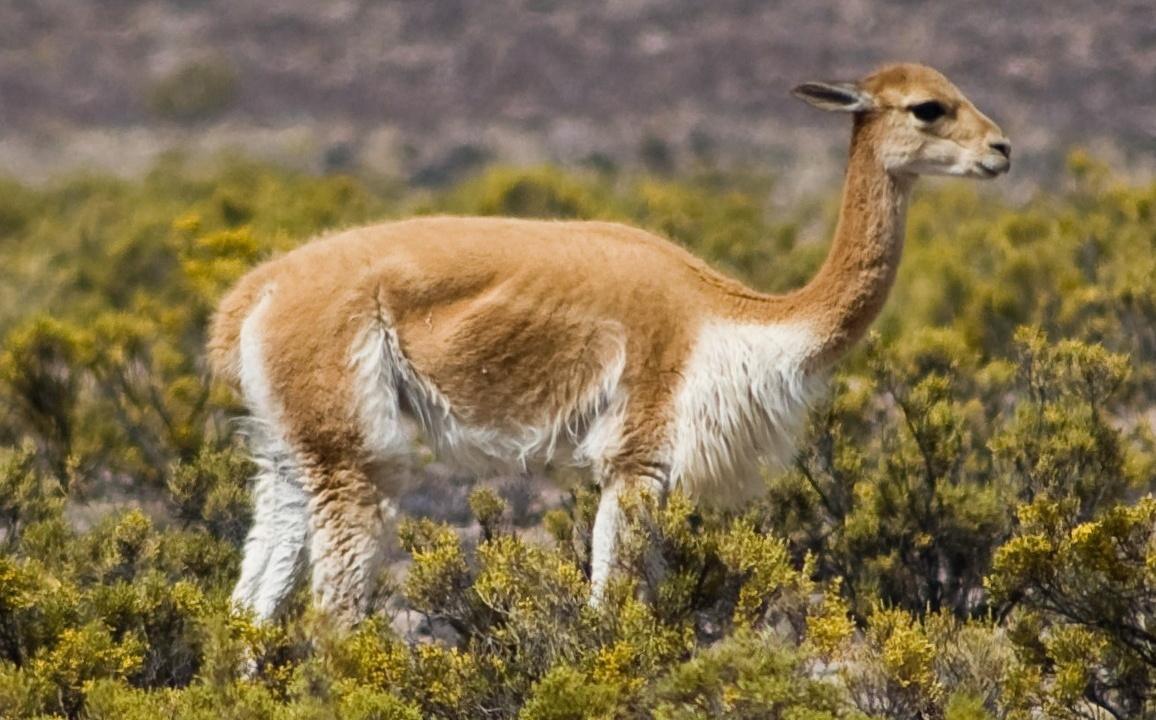 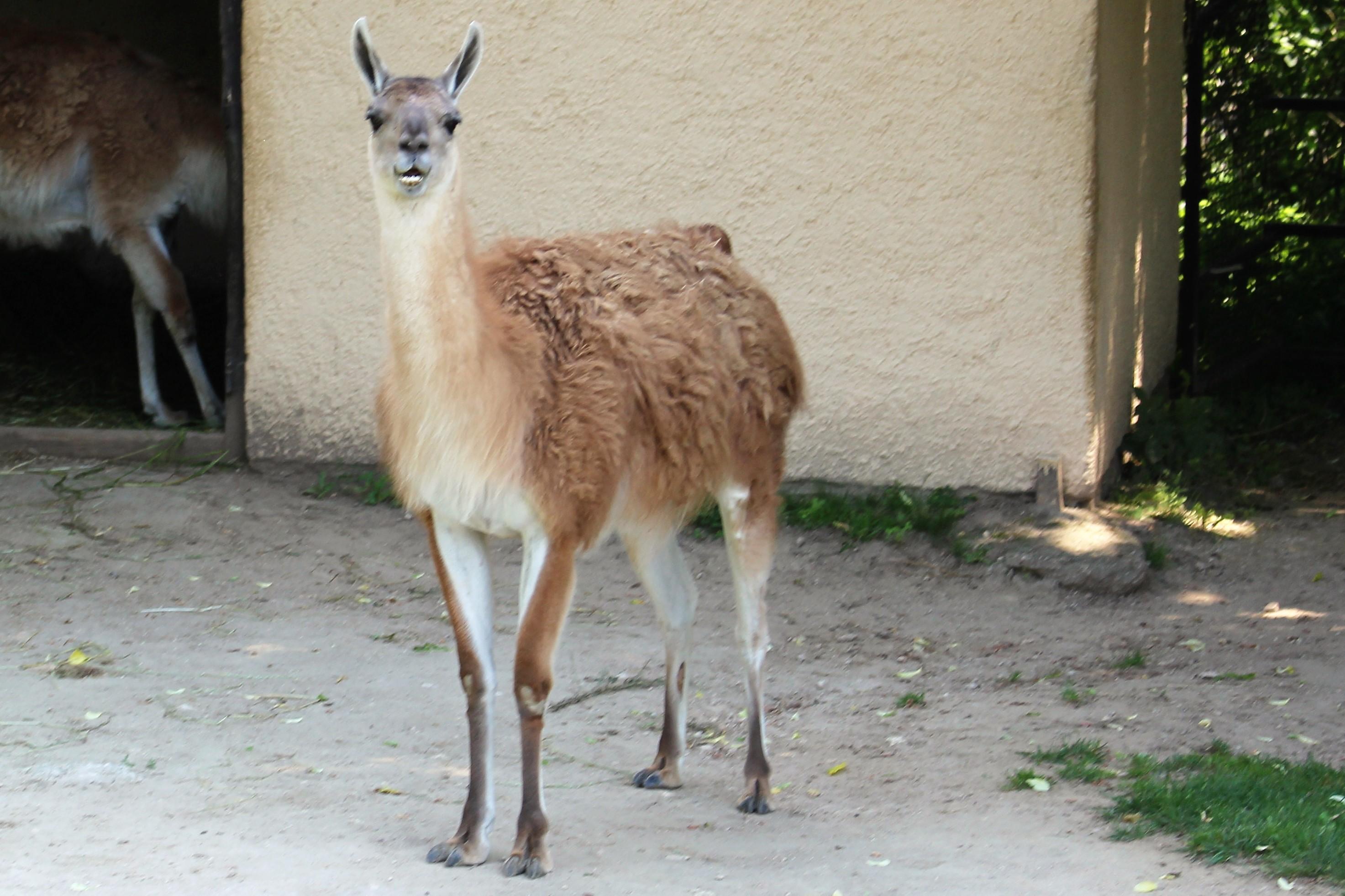 1 of 6
What is the Difference Between a Llama and Alpaca?
Back to top