What Kind of Animal Is a Possum?

By Nick A. Romero, Biologist and environmental educator. August 4, 2022

The opossum is an animal that lives exclusively in the Americas. The opossum belongs to a very diverse group, so there are several species, some of which are more widespread than others. They are the largest order of marsupials in the Western Hemisphere and include over 120 species in 19 genera. Opossums originated in South America and came to North America during the Great American Interchange, the union of North and South America.

In the following AnimalWised article, we explain what an opossum is, its taxonomic classification, its most important characteristics, and the legend that surrounds it.

You may also be interested in: What is the State Animal Of...
Contents

What kind of animal is an opossum?

The opossum is a mammal and belongs to the marsupials that live in the New World. In Spanish, it has several names, but in English it is often referred to simply as "opossum," and in North America they are usually called "possums". Apossum is a word which originates from the Powhatan language, and it was first recorded by John Smith in 1607.

There are several dozen different species of opossums in North America. The best known species is the Virginia opossum or common opossum, the only marsupial found in the United States and Canada. The other species are mainly found in Mexico.

The Virginia opossum is commonly found in forested areas, although its habitat can vary greatly. Opossums are generally found in areas such as forests, scrublands, mangroves, rainforests, eucalypt forests, etc. In recent years, opossums have been observed moving northward.

Characteristics of the opossum

Now that you know that the opossum is a mammal belonging to the group of marsupials, let us take a look at the most characteristic features by which we can identify it. Among the general characteristics of the opossum we can mention the following:

These animals are especially known for "playing possum". The opossum sometimes closes its eyes or stares fixedly into space when threatened by predators. They tend to stick out their tongues and generally look as if they are dead. This trick can distract a predator and allow the opossum a chance to escape.

If you want to learn more about this animal and its diet, be sure to read this other article on what do possums eat?

Origin and taxonomic classification of the opossum

Opossums are often considered "living fossils" and thus are often used in comparative studies as an approximation of the condition of theropod ancestors. Recent studies have shown that this is inaccurate, as the oldest opossum fossils date to the early Miocene, that is, about 20 million years old.

Opossums probably originated in the Amazon region of northern South America, where they began their first diversification. They were only a minor component of the South American mammalian fauna until the late Miocene, when they began to diversify rapidly.

Several groups of opossums evolved carnivorous adaptations in the late Miocene-Pliocene, before the arrival of carnivores in South America. Most of these groups are now extinct.

The general taxonomic classification of the opossum as a species is as follows:

On the other hand, if we refer specifically to the Virginia opossum, it would be the following:

The importance of the opossum in Mexican popular culture

In Mexico, the opossum is a very important animal in popular culture. One of the most widespread Native American tales is called Opossum and Fire, in which the opossum plays an essential mythological role as the bringer of fire.

The legend of the opossum and the fire

The legend says that before the appearance of the fire, the Wixárika lived a very sad and hard life. During the winter nights, when the cold raged throughout the sierra, men and women, children and the elderly suffered greatly and even died as a result of the harsh weather.

One day, lightning struck and caused several trees to burst into flames. The neighbors of the opossum and their enemies held the fire captive and did not let it go out. To prevent the opossum from stealing such a great treasure, they raised a powerful army to guard the fire day and night.

The coyote, the deer, the armadillo, the iguana, and the opossum gathered in a cave and, feeling sorry for the men's suffering, decided to give them the fire. They threw lots and set out one by one to fulfill their mission. However, when they were surprised by the guards, they died as punishment without having achieved their goal. The last one was the opossum, who, determined to help his friends, approached the camp and formed himself into a ball. He spent seven days without moving until the guards got used to the sight of him.

During this time, he observed that the guards fell asleep with the first hours of dawn. On the seventh day, the opossum rolled over to the campfire. When it got there, it tucked its tail and a blazing flame lit up the camp. With its snout it picked up a small firebrand and quickly ran away.

Thousands of arrows flew through the room and several of them hit the generous animal, which, seeing itself die, took a fathom of the fire and put it in its pouch. The pursuers caught up with him, extinguished the flame that had formed his tail, and beat him mercilessly until he was almost dead.

Then they ran away shouting terribly, proclaiming their victory, while their companions danced around the fire. In the meantime, the opossum, who had regained consciousness, crawled with difficulty to the place where the opossum were, and there, to the astonishment and delight of all, deposited the embers which he kept in his pouch.

The Wixárika built a bonfire, covered it with dry grass and twigs, and, having cured their benefactor, danced merrily all night. The generous opossum, who had suffered so much to provide them with fire, the hair on his tail fell out.

If you want to learn more about these animals, do not miss the following article, where we explain if opossums are really dangerous.

If you want to read similar articles to What Kind of Animal Is a Possum?, we recommend you visit our Facts about the animal kingdom category.

References
Bibliography
What is the State Animal of...? Animal Emblems of India
A Complete List Of Desert Animals
Native Australian Animals List And Pictures
What is the Habitat of the White-Tailed Deer?
Related categories
Endangered animals
Most read
1.
What Animal am I According to my Zodiac Sign?
2.
10 Most Beautiful Animals in the World
3.
What Does It Mean When a Cat Shows Up at My Door
4.
The 10 Most Solitary Animals in the World
5.
Top 10 Smells Dogs Hate
6.
How Many Types of Lions Are There?
7.
Why do Dogs Get Stuck when Mating?
8.
My Female Dog In Heat Won’t Accept A Male - Causes
Animals That Play Dead
Marine Animals of Baja California
15 Animals That Sleep A Lot
Rights of Street Animals in India
What Is The 5 Kingdom System Of Classification?
Different Types of Marsupials
The Psychology of Animal Cruelty
What is Jallikattu and Where is it Held?

What Kind of Animal Is a Possum? 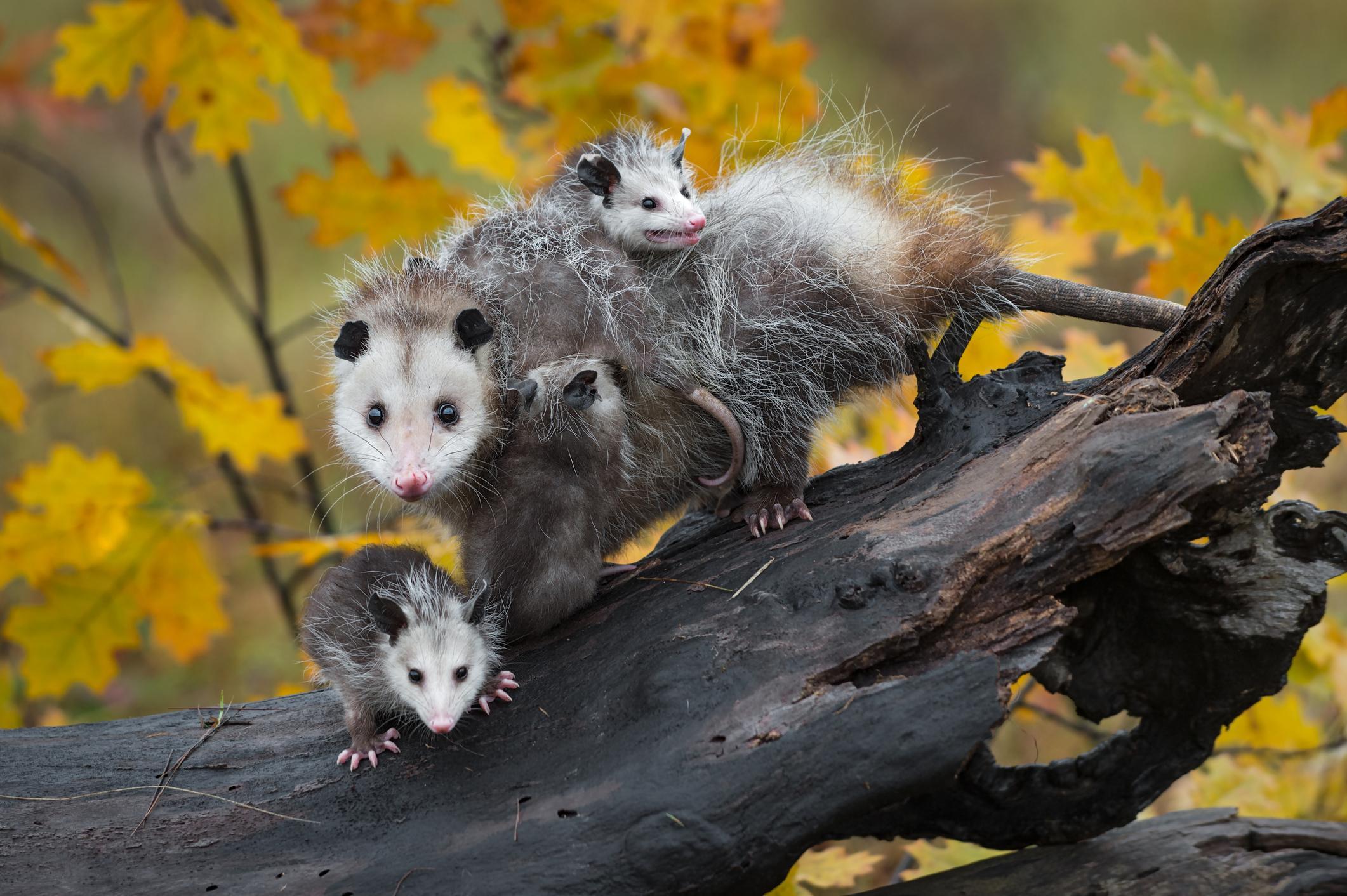 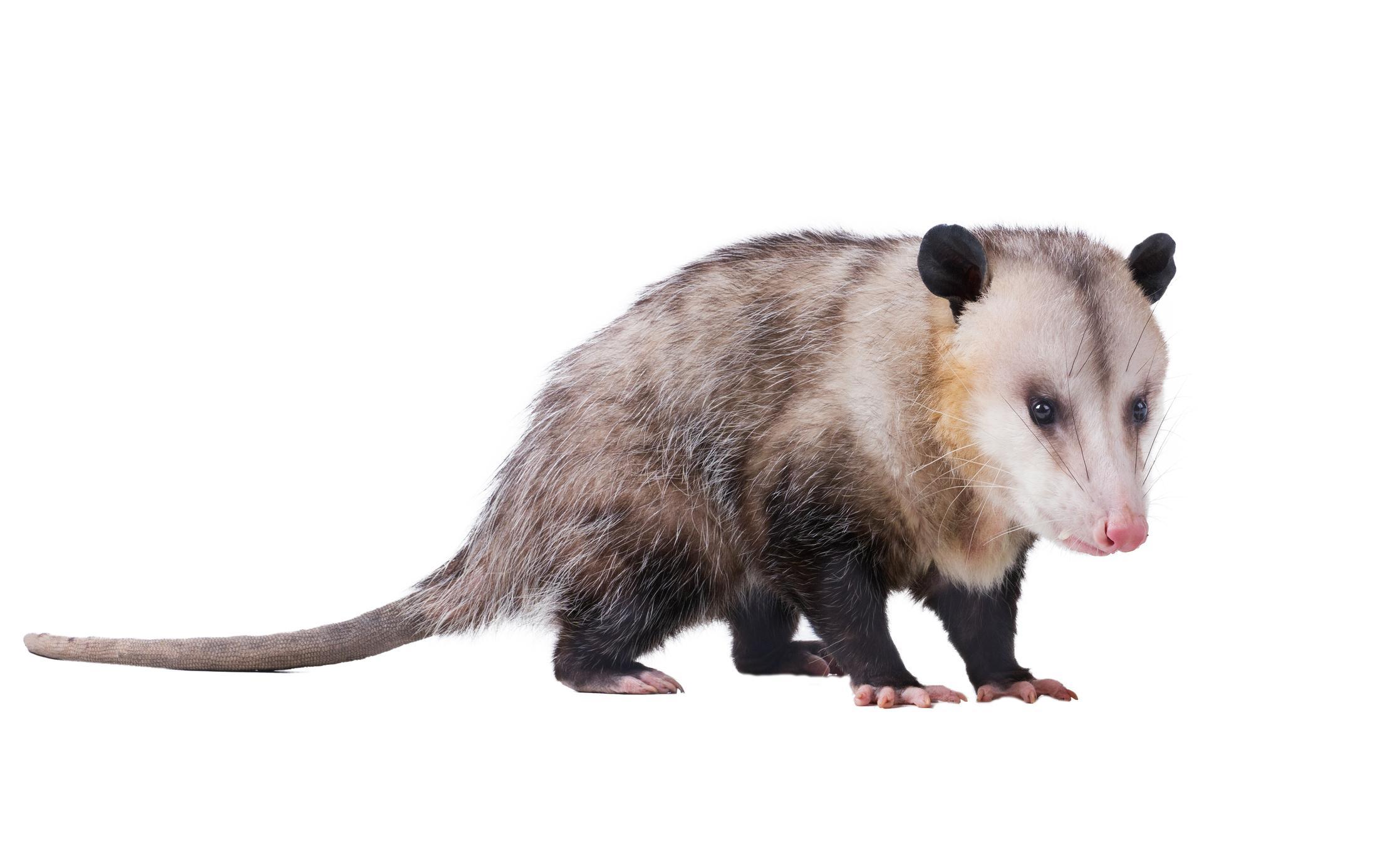 1 of 2
What Kind of Animal Is a Possum?
Back to top