Where Do Deer Live?

By Nick A. Romero, Biologist and environmental educator. Updated: October 30, 2022

Deer belong to a diverse group of animals within the family Cervidae, which includes more than 50 different species. Common characteristics of the group include the presence of antlers in all but one male species, which are renewed each year. Their size and weight can vary greatly depending on the species. They are adaptable animals and are therefore found in a wide variety of environments around the world. However, they are best adapted to forested habitats, as these provide the deer with a place to feed, rest, take refuge, give birth and raise their young.

In the following AnimalWised article, we explain where deer live by species and how they have adapted to these habitats.

You may also be interested in: Where do Wolves Live?
Contents

Deer are native to all continents except Antarctica and Oceania, with only one species native to Africa. Thus, we can say that these animals are originally native to Asia, America, and Europe.

However, different species of deer have been introduced widely elsewhere as game animals. They can even be found in countries like Australia and New Zealand, where they were introduced centuries ago. Some species, such as the reindeer (also known as the caribou), has even been domesticated.

If you want to know more about deer, continue reading this other article, where we talk about the different types of deer and their main characteristics.

A precise answer to the question of where the deer lives is complicated. Depending on the species, the habitat of deer is very variable. They are also very adaptable, and many deer species can thrive in a variety of environments.

Deer can be found in jungles, various forest types, tundra, boreal ecosystems, alpine areas, wetlands, coastal plains, and grasslands. However, the ideal habitat for deer is a forested environment or a place where they have access to forested areas. In these habitats, deer can avoid and escape predators, find enough food to feed and stay healthy, and rely on adequate cover to hide and raise their young.

Let us take a closer look at the different habitats that deer live in, depending on the species:

The moose is native to North America, Europe, and Asia. Regions where it occurs include Alaska, Canada, Poland, Austria, China, Norway, Sweden, Russia, and Germany. This species lives in a variety of habitats including coniferous forests, tundra, taiga, boreal and temperate zones. It can also be found in swamps, lakes and other wetlands. The moose tries to avoid hot ecosystems in summer and seeks refuge in shaded areas and near bodies of water.

The roe deer is native to Europe and Asia, with a wide distribution in the northern part of the region, except for some countries. This species of deer lives in deciduous forests, but also in mixed and coniferous forests, in moorlands, pastures, farmlands, and even in suburbs with large green areas. It also develops in semidesert ecosystems.

This species owes its name to its ability to swim. They are skilled swimmers and can swim several miles to reach remote river islands. It is native to Asia and was originally native to China and Korea before being introduced to France and Britain. It prefers habitats with shrubs and small trees. Not only that, but it also thrives in coastal plains, salt marshes and even open fields.

The species is native to South America and is found in Argentina, Brazil, Bolivia, Paraguay, and Peru. In Uruguay, it is already extinct. As the name suggests, this species of deer lives in swampy areas, such as the Amazon River, and also in swamps. It can swim, but is not comfortable in very deep water. These deer also have a small migration pattern, they follow the water levels between the dry season and the flood season.

Known in America as caribou, it is another member of the deer family. It is native to Canada, the United States, Finland, Greenland, Mongolia, Norway, and Russia. It has been introduced to other regions, such as the Malvinas Islands, although over time some populations have been domesticated and brought to different countries. The reindeer inhabits coastal plains, mountain ranges, Arctic islands, boreal forests or coniferous forests, Arctic tundras in the polar desert, and semi-humid shrubby tundras.

The species is distributed from southern Canada to the south of the continent in countries such as Peru, Ecuador, Bolivia, Colombia, Brazil, Venezuela and Guianas. The habitat of this deer consists of subtropical, semi-arid areas, jungles, deciduous forests, savannas, mixed forests, ecotones or transitional areas. However, it is a very adaptable species, so it can also settle in areas where humans interfere.

It is native to South America, including Argentina, Bolivia, Brazil, Colombia, Ecuador, French Guiana, Guyana, Paraguay, Peru, Suriname, Trinidad, Tobago, and Venezuela. In these regions, it is common in large forests, riverbanks, and leafy areas as it flees from the sun and hides in the shade.

This is a peculiar species native to Asia, especially China. The tufted deer inhabits high, moist forests, near the tree line. It occurs in both evergreen and deciduous forests with extensive undergrowth and nearby freshwater springs.

Continue reading this other article to learn more about the differences between deer, elk, moose and reindeer.

Several deer species, especially those that fall into an endangered or threatened category, live in areas that are designated as protected. Let us know some cases of particular species:

If you want to learn even more about deer, you should not miss the following article, in which we explain what the different species of deer feed on, depending on their habitat and species.

If you want to read similar articles to Where Do Deer Live?, we recommend you visit our Facts about the animal kingdom category.

Where Do Deer Live? 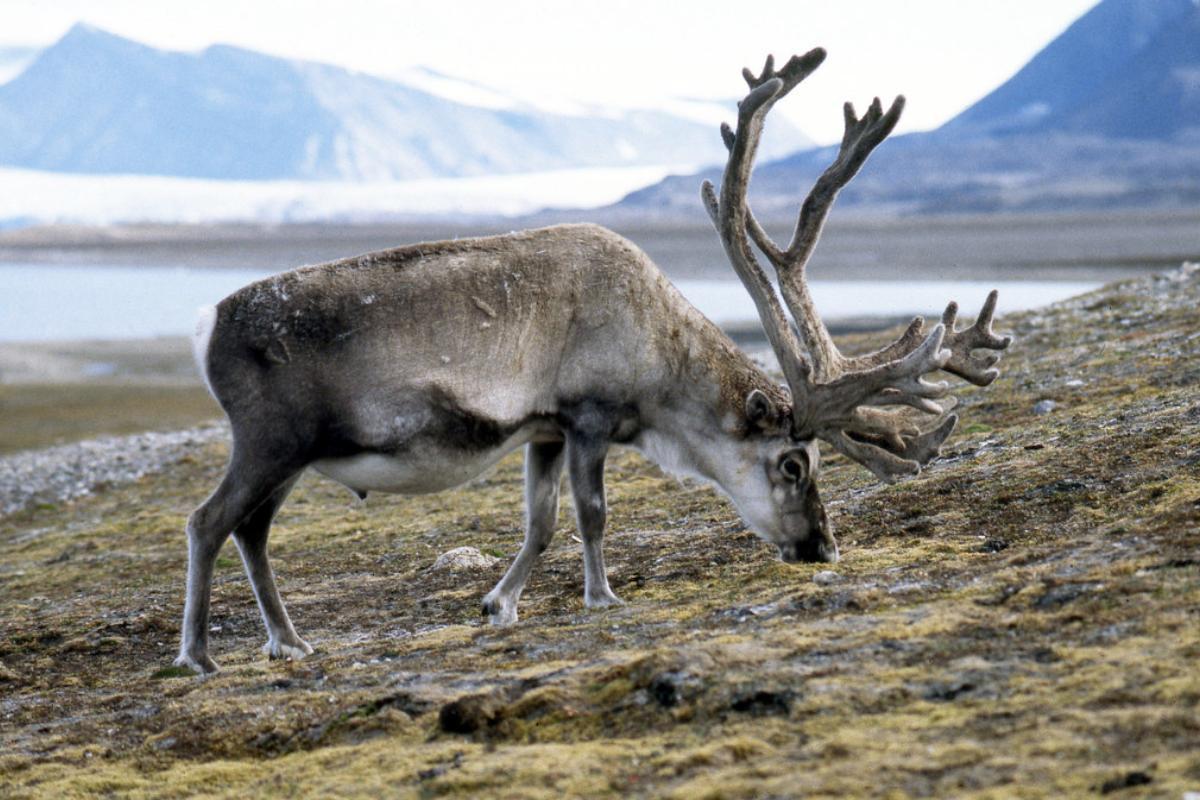 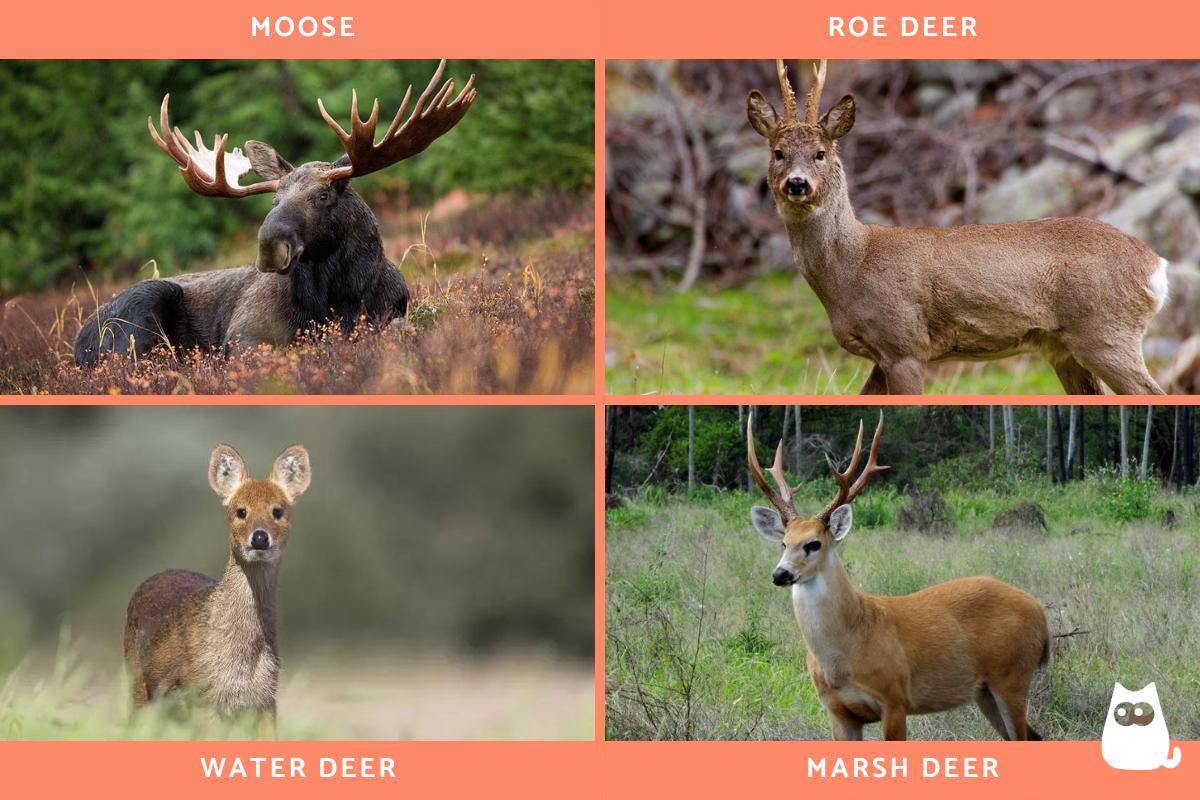 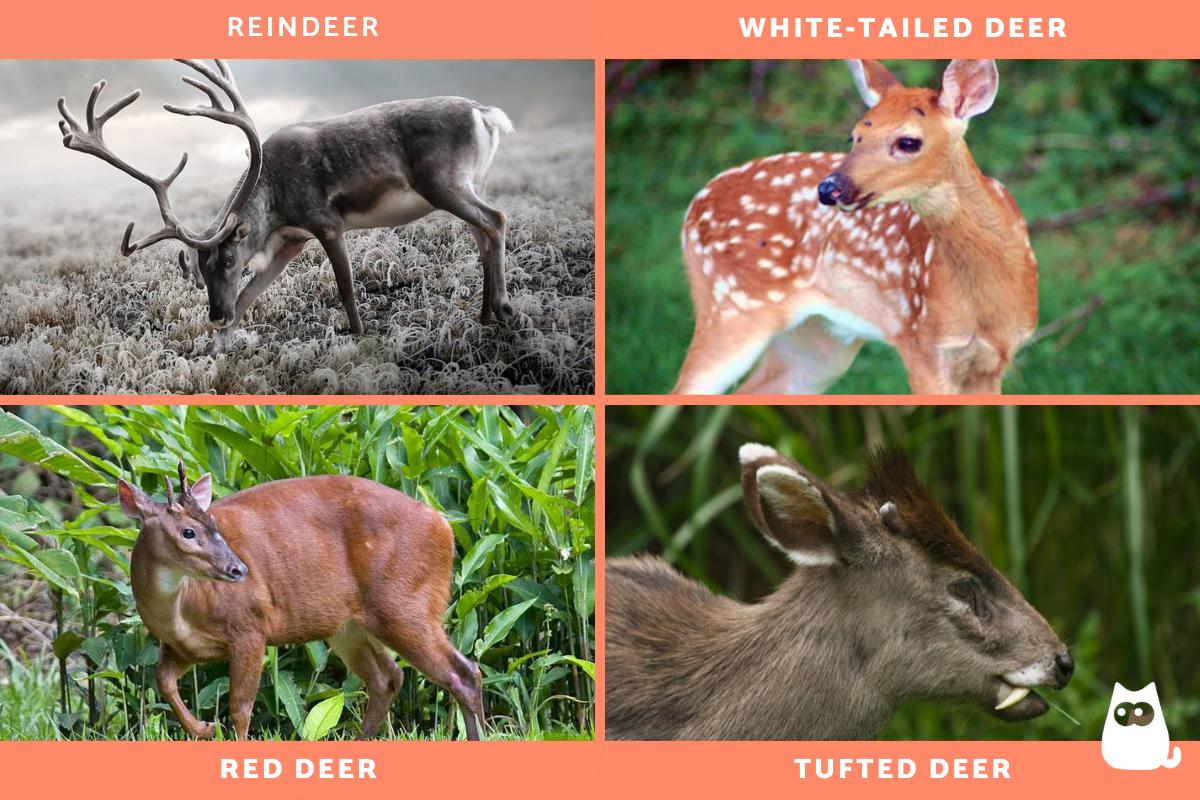