Where Do Kiwis Live? - Habitat and Distribution 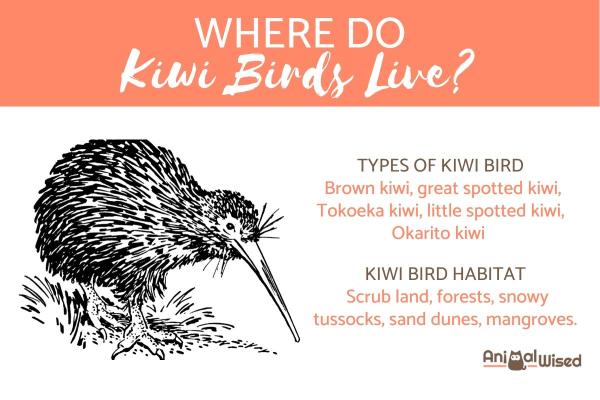 The geographic isolation of the islands comprising New Zealand means that species have not migrated as much as many other places. 90% of its endemic flora and fauna can only be found on this continent and has flourished for millions of years. New Zealand still has 25% of its original rain forest, which is why it's such a prolific area for endemic species. Some of its most interesting fauna is its avian species, especially their flightless birds. The kiwi is one of them, but you can also find other specimens such as the colorful Tahake.

If you are wondering where do kiwis live? and what their habitat is like, AnimalWised as the answers. Read on to Find out more about the bird that gives Zealanders their unofficial nickname.

You may also be interested in: Where Do Lemurs Live? Habitat and Distribution
Contents

The declining population of kiwi birds

The kiwi population around 80 years ago equaled around 5 million birds. These have plummeted to as low as fifty thousand due to the introduction of foreign predators. This is the main reason the kiwi bird has become endangered. Depending on the type of kiwi bird species, the location varies.

Although kiwis live in New Zealand, this is encompasses a large are and there are other factors to consider when wondering where do kiwi birds live? Let's take a look a the different types of species and their locations before we get into further detail:

Where do kiwi birds live?

In their natural habitat, kiwis don't need to survive in pristine, native forests. They are found in scrub and rough farmlands as well as exotic forest plantations, other forests, snowy tussocks, sand dunes, and mangroves. They prefer places with wetland vegetation and where trees run down to the edge of the river.

As they are soil feeders, kiwis like to go directly to the ground rather than negotiating the thick leaf litter of the forest. They avoid hard, compacted ground.

Kiwis are chiefly nocturnal animals and commonly forest dwellers. They make dens or nest in burrows, hollow logs or parts of dense vegetation. These are only some of the reasons why kiwis as pets are not the best idea. In the wild, knowing where kiwi birds live depends on some specific factors. One of the most important is the type of kiwi bird.

There are around 20,000 of these left in the Southern Island of New Zealand. Great spotted kiwis can be seen in the wild in three main areas:

This species is small in size at 1.3 kg weight and 9.8 inches in height. This species of kiwi bird is found in one of the most southern islands of New Zealand: the Kapiti Islands. A total of around 1,400 are estimated to be alive. However, small populations also live in the northern islands of Tiritiri Matangi, close to Auckland, Mercury Island, Chalky Island and Motiuhe. A small number of little spotted kiwis were also moved from the Kapiti Island to Anchor Island in Fiordland in 2015.

This is a species also known as Rowi. It was recognized as a distinct category in the 1990s. Small in size, this kiwi bird is grayish in color and lays eggs at the rate of 3 in a single season, each in a distinct burrow, making an average total of around 80 new Rowi eggs per season. The Okarito is found in Southern New Zealand, more specifically in the following areas:

Also known as Southern brown kiwi, is a same sized bird as the great spotted kiwi, and is found on New Zealand's east coast. This species resides in elevated regions, unlike other categories of kiwi. Only three kiwi species of the southern brown genre exist in New Zealand at present. There are three types of Tokoeka which, in total, comprise the biggest number of kiwi species in New Zealand.

Let's take a look at where we can find each type of Tokoeka kiwi:

The kiwi has become a flagship species for conservation and is often used as a measure for the state of our natural environment and the outcome and value of community conservation projects. The threats to the kiwi include habitat modification, fragmentation, declining population and predators (mainly stoats, possums, and rats). Currently, there are 68,000 kiwi left in New Zealand, with a loss at the rate of 20 per week every year, according to some estimates.

Combined community groups actively protect 230,000 ha designated for the kiwi across New Zealand. The land is managed to protect the species from wild predator populations which include predator-free islands. The country's delicate ecosystem is one of the reasons they have such strict customs laws to prevent invasive species.

As it manages one-third of the land mass of New Zealand, including 5 kiwi sanctuaries, the Department of Conservation has protected the kiwi habitat. Community-based kiwi conservation groups are also protecting the habitat as are private landowners. Creating a pest and predator-free sanctuaries benefit the native plants and animals of the country too, besides the kiwi. According to the Department of Conservation, the kiwi is one of 7 indicator species in New Zealand. If the kiwi is doing well, his means so are other species.

If you want to know some other types of animals which need protected, you can check out this video on endangered species in Mexico:

If you want to read similar articles to Where Do Kiwis Live? - Habitat and Distribution, we recommend you visit our Facts about the animal kingdom category.

Where Do Kiwis Live? - Habitat and Distribution 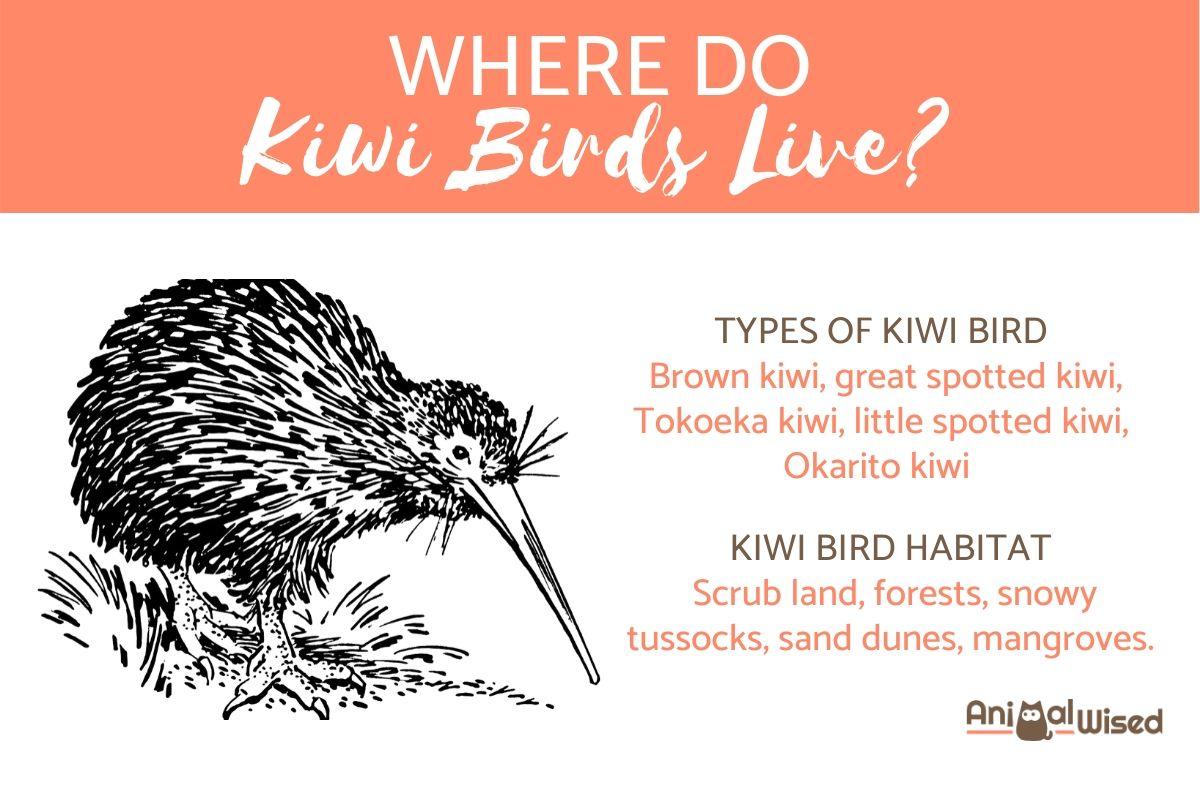 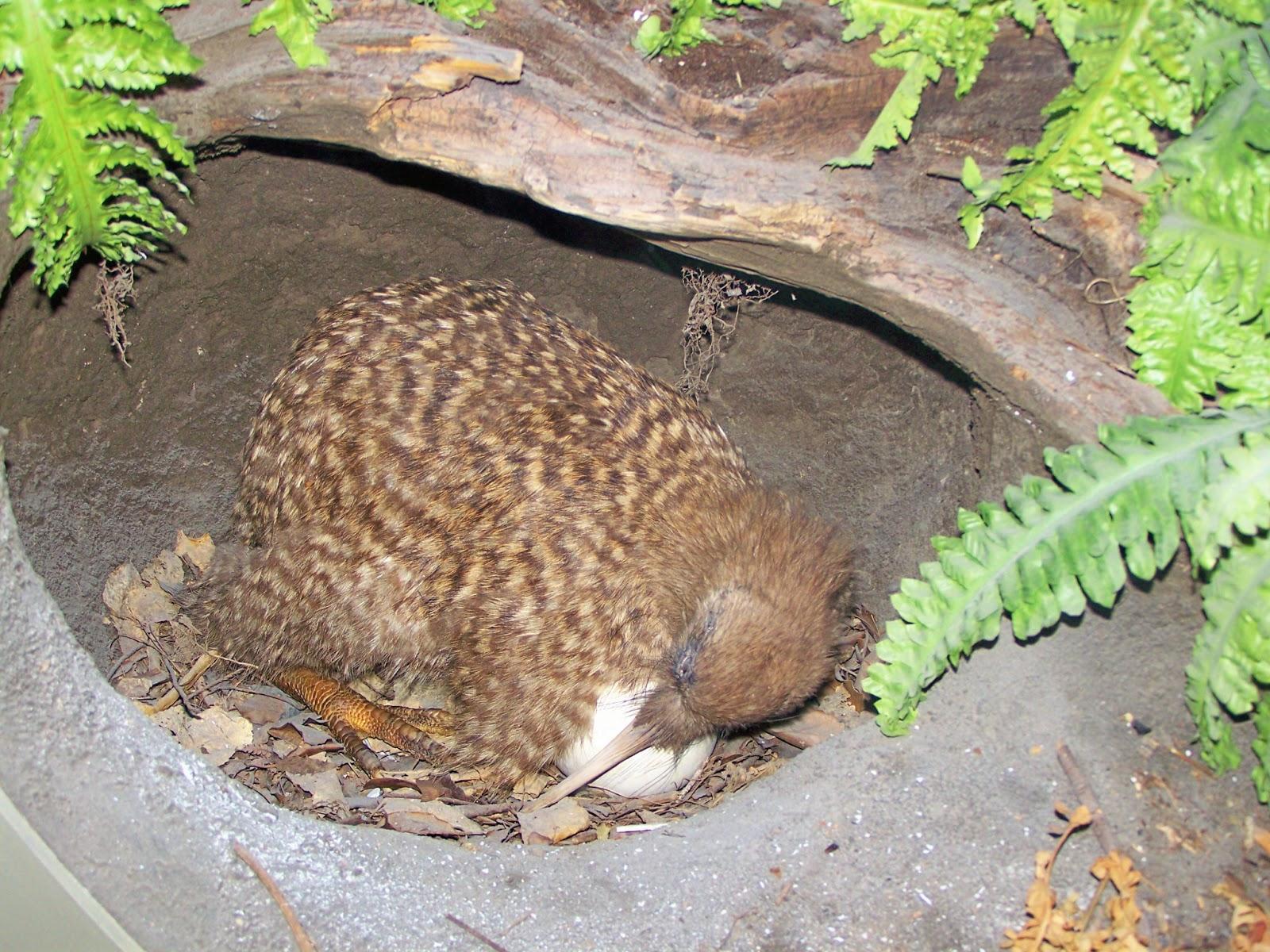 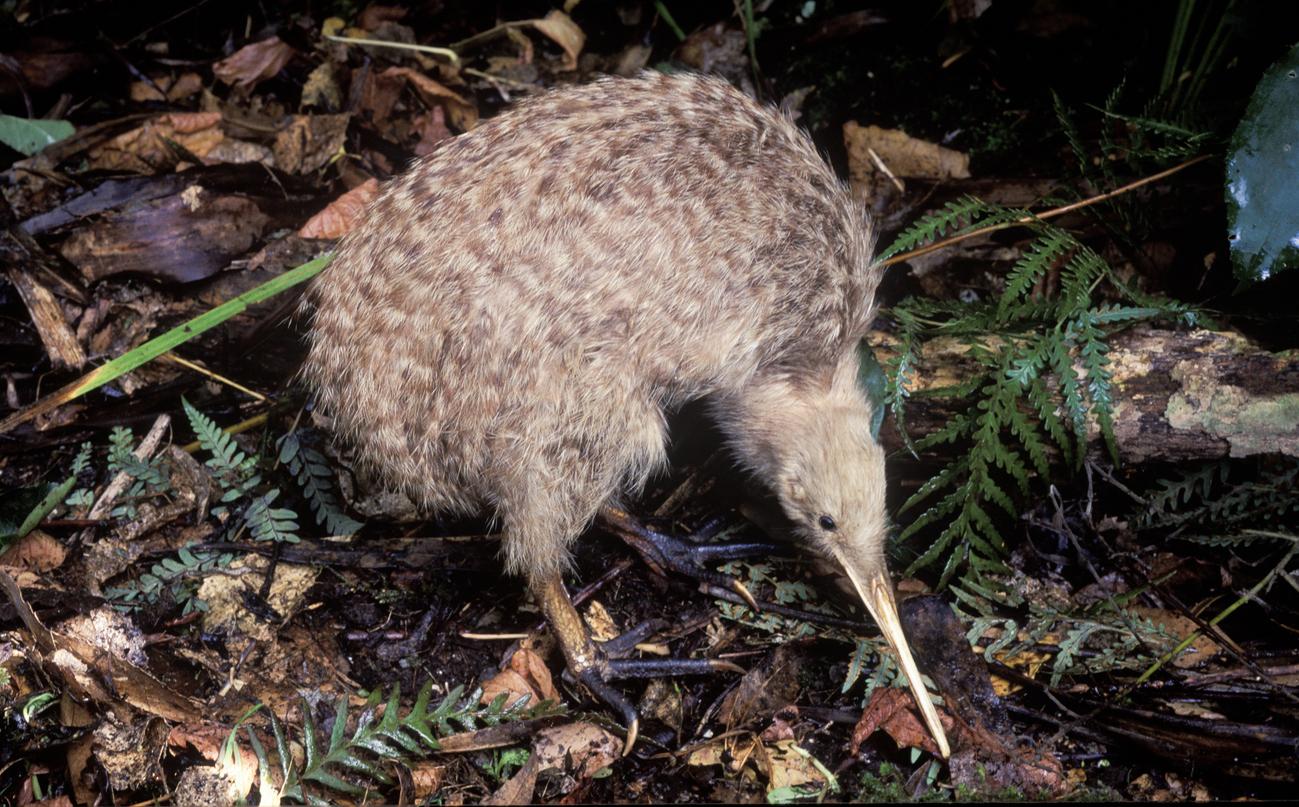 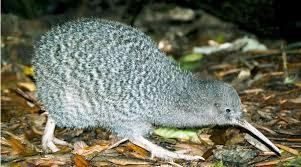 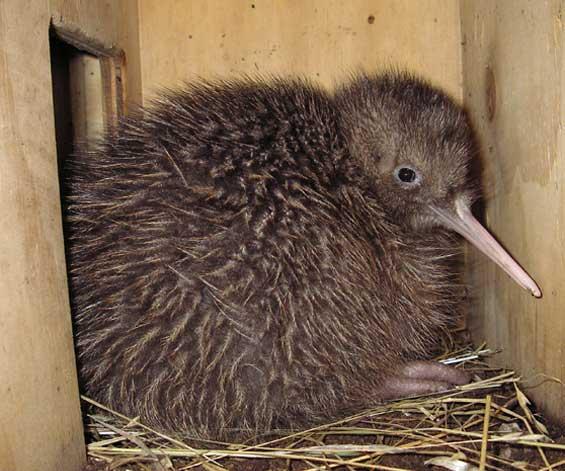 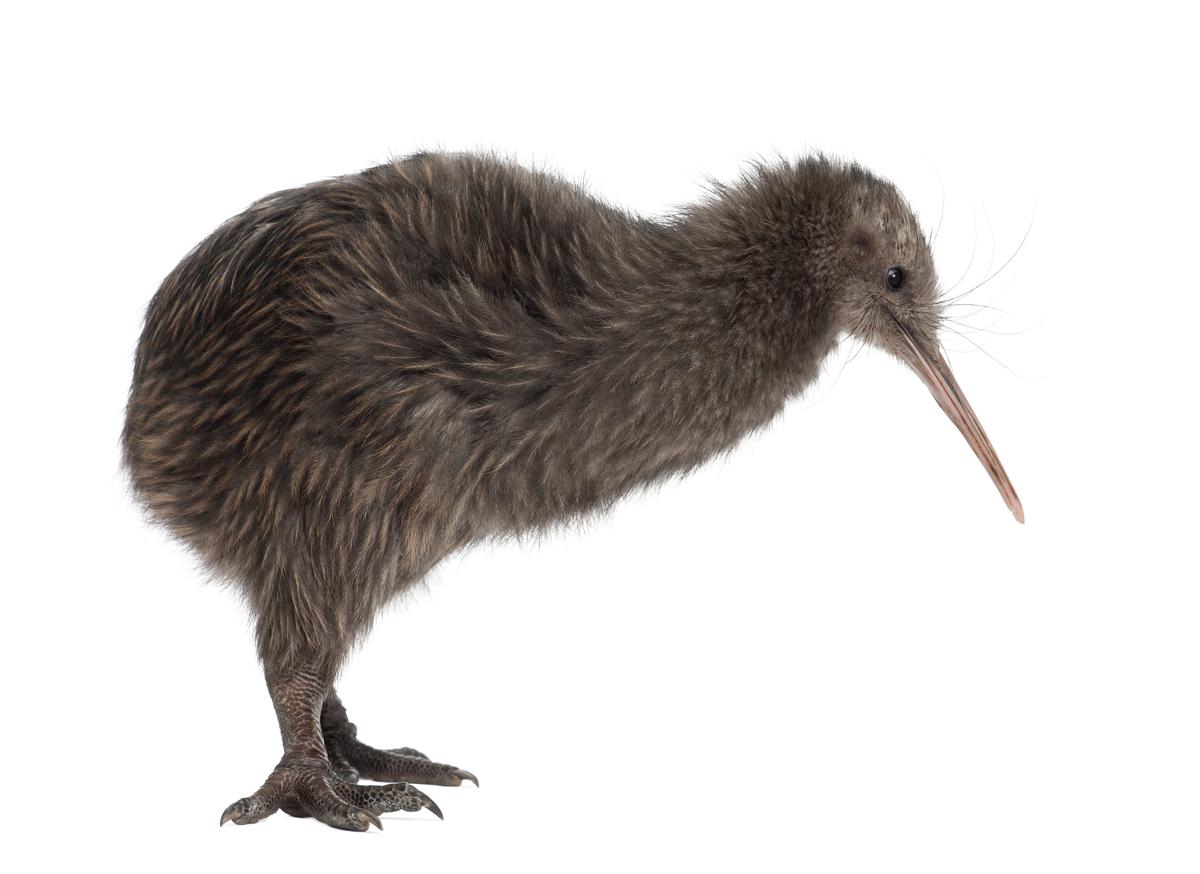 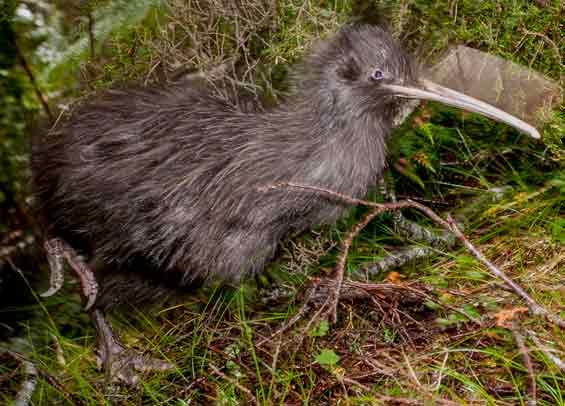 Image: Department of Conservation
1 of 7
Where Do Kiwis Live? - Habitat and Distribution
Back to top