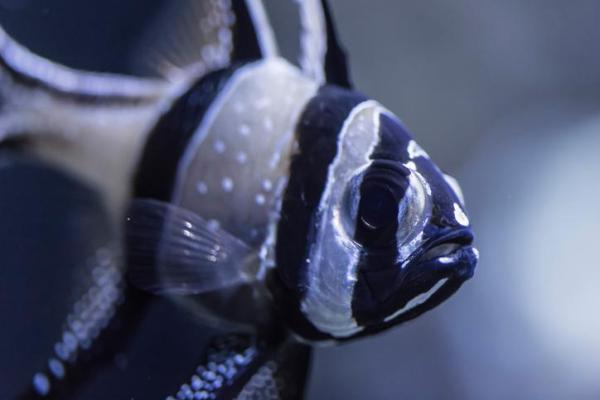 Have you recently noticed that your fish are covered with small white dots? What in principle may seem like dirt or small specks, is actually a protozoan capable of making your fish seriously ill.

What is white spot disease in fish?

White spot disease is a parasitic disease triggered by the action of the protozoan Ichthyophthirius multifilis, which is why it is also called Ich's disease. This parasite only attacks freshwater fish, as it is incapable of surviving in a saltwater environment.

White spot disease is characterized by the appearance of small white spots on a fish’s skin. It is one of the most common parasites, with the ability of living in a fish’s skin without showing symptoms until developed. Once the life cycle of this protozoan has begun, it is highly contagious. The greatest risk to fish under its affection is that it promotes the appearance of respiratory ailments, which can lead to death if treatment is not prescribed on time.

A healthy fish can be a carrier of this disease and not manifest it until the ideal conditions for the development of the parasite's life cycle are presented. These conditions have to do with the health of the specimens in the aquarium and with the general hygiene of the aquarium. In this sense, the factors that favor the appearance of white spot disease in fish are:

All of these conditions weaken the defenses of the aquarium’s inhabitants, allowing the Ich to attack. Now, it is necessary to know the life cycle of the parasite in order to know how to fight it. In principle, the parasite attaches to the skin of fish. This parasite comes from other tanks or have swum in water contaminated with the protozoan. When one or several of the mentioned conditions are present, the parasite is activated and begins to feed on the bodily fluids presented in the fish’s body.

At this stage, the parasite forms into small cysts that cover the body of the fish in the form of white spots. In this period, we identify the protozoan as being in the process of maturation.

Once maturation is over, the parasite detaches itself from the fish’s body and falls to the bottom of the tank. There, it multiplies in the form of other small cysts. This is the second phase of maturation, after which the cysts break and release new parasites. In the next 48 hours, they look for new fish to adhere to with the aim of restarting the cycle.

What are the symptoms of white spot disease in fish?

The first of these symptoms include the appearance of white dots. They can appear throughout the body of the fish, but are generally grouped near the fins, in the form of whitish specks. From then, the fish develops abnormal behavior, including:

When a fish begins to rub against the aquarium, the disease is considered to be in an advanced stage. Lack of appetite and respiratory problems can be lethal if treatment is not prescribed.

How to treat white spot disease in fish?

White spot disease is possible to cure using natural treatment, such as: making changes in temperature and aquarium salt. In some cases however, applying drugs specially formulated for the disease is necessary.

Temperature changes are crucial when fighting white spot disease in fish. The reason for this is that this parasite requires very specific temperatures in order to carry out its life cycle succesfully.

The first manifestation of the disease is the appearance of white spots, so at this stage it is possible to attack the parasite. To eliminate it and cure white spot disease in fish, it is advisable to increase the aquarium’s temperature to accelerate the stages of life of the protozoan. Gradually increase the temperature at a rate of 1 degree every 2 hours,until it reaches 30 degrees Celsius. By doing it this way, the change will not be abrupt for your fish, but will kill off the parasite. As you raise the temperature, you must compensate with an increase in the amount of oxygen. It is also recommended to remove any ultraviolet filters and the carbon from the filter.

Raising the aquarium temperature will cause the cysts to detach from the fish’s body and fall to the bottom of the tank, at which point they become more vulnerable. When you notice that the cysts have detached, add 1 teaspoon of aquarium salt for every 4 liters of water. Only aquarium salt, never table salt. Aquarium salt can be purchased at pet stores.

Every 2 days, change roughly 25% of the water, adding new water that is at the same temperature. Apply this treatment between 7 and 10 days. When you notice that the parasite is no longer attached, continue to apply the treatment for 2 to 3 more days. Then, change 25% of the water for the last time and return to the usual temperature, lowering by 1 degree every 2 hours.

This white spot diseas treatment is recommended only when there are no fish in your tank which are sensitive to high salt concentrations. If you are not sure, consult with an aquarium specialist. If your fish are sensitive to salt, you can apply the following option.

In terms of thermotherapy, you must raise the temperature by 1 degree until it reaches 30 degrees Celsius. Remember to: increase oxygen proportions, remove the carbon filter and move the tank away from direct light.

Once you have noted that the cysts have detached from the fish’s body, apply the medication. Common medication for this disease include: methylene blue and formalite which can be found in pet stores. Follow the instructions regarding the dose. In addition, consult with an Aquarium expert to find out more about the possible risks for each fish type present in your tank.

At the end of treatment, according to medicinal indication, change between 25 and 50% of the water and return to the usual temperature of the aquarium (moderating 1 degree every 2 hours).

How to prevent white spot disease in fish

When it comes to white spot disease in fish, it is best to prevent its appearance than having to treat it. Virtually all freshwater fish have been in contact with the protozon that causes this disease, so it is recommended to remain aware when introducing a new fish into the aquarium.

When you acquire a new fish, it is best to leave it in quarantine in another tank for about 15 days, with temperatures of about 25 or 27 degrees. The same must be done when you acquire new plants for the aquarium, in this case, 4 days will suffice.

Once verified that the parasite has not manifested, you can integrate the fish or plants into the community aquarium. In general, take care in terms of feeding: always opt for good quality food. Similarly, monitor the conditions of the aquarium, control the temperature, avoid abrupt changes and maintain the pH and oxygen levels in order to keep all the fish healthy.

If you want to read similar articles to White Spot Disease In Fish, we recommend you visit our Parasitic diseases category.

My Cat Has Maggots in Their Wound
Scabies in Dogs
Scabies (Mange) in Cats
Mange in Guinea Pigs - Symptoms & Treatment
Related categories
MedicineHome RemediesCardiovascular diseasesPreventionOther health problemsSkin problems
Most read
1.
My Dog Is Bleeding from His Penis
2.
My Dog's Poop Starts Solid Then Goes Soft
3.
My Dog Has Pus Coming From His Penis
4.
Can I Bathe My Dog After Vaccination?
5.
My Cat Has Liquid Coming From Their Anus
6.
My Dog Keeps Licking Her Private Area - All Possible Reasons
7.
Why Does my Dog Have Swollen Breasts?
8.
What to Do if My Dog has Something Stuck in his Throat?
My Rabbit Has Dry Skin - Mites and Skin Disease
Ringworm in Chinchillas: Symptoms and Treatment
Acariasis in Birds - Symptoms and Treatment
Canary Lice - Prevention and Treatment
Leishmania in Dogs
Toxoplasmosis in Dogs
What Is Coccidia in Dogs?
Trichomoniasis in Birds 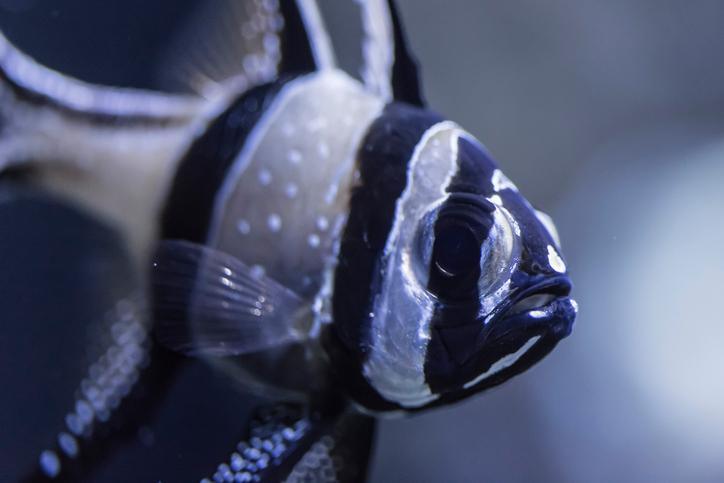 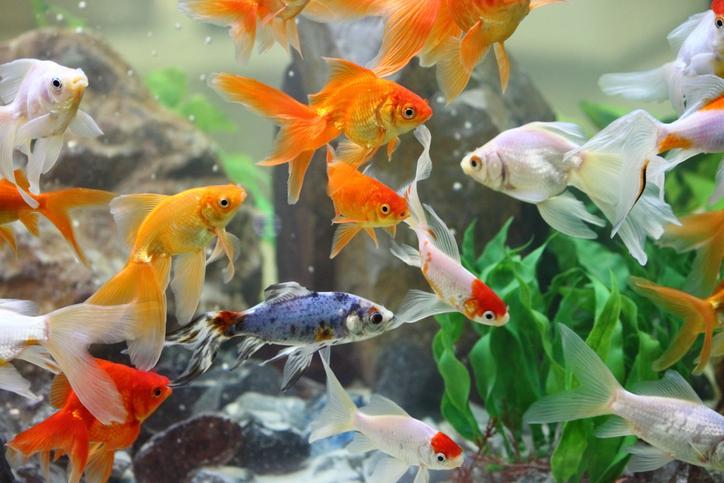 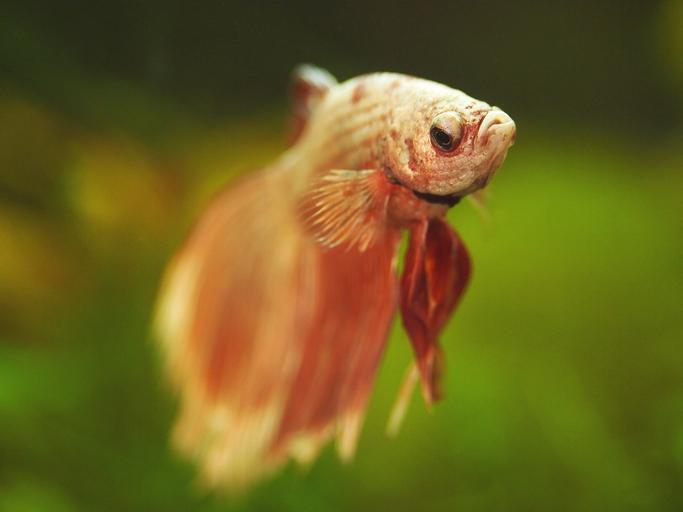 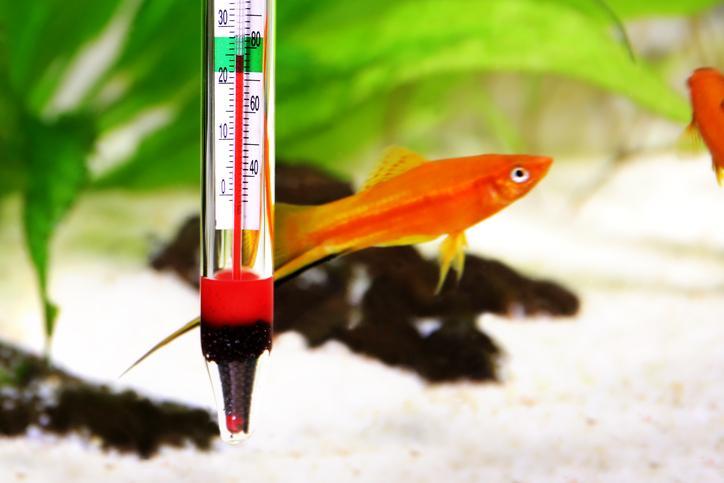 1 of 4
White Spot Disease In Fish
Back to top