Why Do Ants Carry Dead Insects?

Ants (Formicidae) are part of the hymenopteran family. They are well known for their interesting social behavior as these insects form large colonies that cooperate as a single unit. This feature has allowed them to take advantage of all available resources and thrive all over the planet.

We often see ants collecting a variety of things, such as leaves or dead insects. But, why do they carry dead insects? Do they eat them or bury them? Learn the answer to these question and more in this AnimalWised article.

To understand why ants do certain things, it's necessary to know the basics of their being. Here are the most important characteristics of ants:

What do ants eat?

What do granivorous ants eat?

Granivorous ants are those that feed on seeds. To do this, they collect large amounts of seeds and transport it long distances to their nest. Once there, they store the seeds in their anthill and protect them from fungus.

All of these ants are essential for seed dispersal, as a good amount of the seeds they bury will sprout and become plants. Many important species of the genera Messor and Goniomma participate in this important work.

Many ants are predators. The collecting workers are dedicated to hunting insects or other arthropods. So if you've wondered why ants carry other dead insects, this is the reason. Predatory ants feed off of them. In fact, some ants can even hunt larger animals, such as lizards or small mice. Due to their danger, they usually present the color red as a warning sign for their potential prey. So if you ever wondered what red ants eat, that's the answer.

A good example of carnivorous ants are the Ecitoninae and Dorylinae subfamilies, known as soldier ants. These insects form nomadic groups that move continuously. In their path, they hunt the small animals that are found. However, they usually alternate their travels with sedentary phases in which the queen lays large amounts of eggs.

Many species of ants are mushroom farmers. They are dedicated to collecting different types of organic matter, especially leaves. In the anthill, other workers chew the leaves to mix them with their saliva and leave them in their "garden". The goal is to grow mushrooms and then eat them.

Some examples of ants that grow mushrooms are the genera Atta and Acromyrmex, known as leaf cutter ants.

Many ants graze on other arthropods of the Homoptera order, such as aphids or aphids. They gather them in groups and defend them from their predators in exchange for a very succulent food: honey drops. These are sugary substances from the sap of plants that aphids expel through the anus.

Some ants, such as Camponotus inflatus, collect leaves full of honey drops and carry them to the anthill. There, caretaker ants use them to feed other workers. This is the "honey pot" ants, whose abdomen is compliant and becomes a kind of pot that they fill with honey. This food is a food reserve for the entire colony.

Lastly, we cannot forget about mutualistic ants. These are insects that live inside the spines of some plants, such as acacia trees ( Acacia spp.). These provide them with food and shelter in exchange for defending them from herbivorous animals. The Pseudomyrmex ants can fulfill this function very well.

Among the foods plants provide to ants are "Beltian bodies," some reddish balls that appear at the tips of the leaves. In addition, these plants often offer a nutritious extrafloral nectar that they secrete through the leaves.

Now that we know what ants eat, let's answer some of the most common questions about these eusocial insects. These are just some of many fun facts about them.

Why are all worker ants female?

As we already know, queens are dedicated to laying eggs. These can be of two types: fertilized by males (diploid) or unfertilized (haploid). Haploid eggs give rise to drones or male ants, whose sole mission is to fertilize the queen for the production of diploid eggs. These give rise to female ants that can be workers or new queens.

What differentiates worker ants from the queen?

Worker ants receive a regular diet, whereas the queen receives a diet very rich in protein. This difference in feeding activates or inactivates certain genes, causing differences in the development of the larvae. As a result, they will have a different shape and behavior. This is an example of epigenetics.

Why are there ants with wings?

Only new queens and drones have wings. The new queens are winged because they leave the colony to form a new one. Outside they are paired with a drone, also winged, and carry out the so-called "nuptial flight". During this process copulation takes place. Afterwards, the queen searches for a place to hibernate. Once there, he loses his wings and builds a small anthill where he lays his eggs. These will give rise to the first workers of the new colony.

In some species, workers are born with atrophied ovaries. However, there are species in which sterility is reversible. In these cases, it is the queen who controls the sterility of the workers through the secretion of inhibitory hormones. In fact, workers who are away from the queen's influence for a time may lay unfertilized eggs, resulting in drones.

Can there be different types of workers?

Some species have workers of different sizes that fulfill different functions. In these cases, we say that there are subclasses. Usually, the largest are soldiers who defend the colony. The rest can distribute the work between collectors and "housewives".

In other species all workers are the same. However, there is also a deal at work. The youngest ants are dedicated to the internal work of the colony, while the oldest ants go outside to collect.

Do ants eat their dead?

Although predatory ants eat other insects and may even hunt other species of ants, they do not eat their own dead ants. When we see them carrying an ant back to their anthill it is because this ant is simply injured, not dead. However, if they are carrying an ant out of their anthill, this is because that ant has died. Ants will carry their dead out of their nesting area as a sanitary measure to prevent diseases or infection from spreading throughout the colony. This social behavior is called necrophoresis.

If you want to read similar articles to Why Do Ants Carry Dead Insects?, we recommend you visit our Facts about the animal kingdom category.

Bibliography
Animals That Play Dead
Aquatic Insects - Types of Water Insects
Types of Ants - Characteristics and Photos
How Are Ants Born?
Related categories
Endangered animals
Most read
1.
What Animal am I According to my Zodiac Sign?
2.
10 Most Beautiful Animals in the World
3.
What Does It Mean When a Cat Shows Up at My Door
4.
The 10 Most Solitary Animals in the World
5.
Top 10 Smells Dogs Hate
6.
How Many Types of Lions Are There?
7.
Why do Dogs Get Stuck when Mating?
8.
My Female Dog In Heat Won’t Accept A Male - Causes
Why Do Dead Whales Explode?
Smallest Insects in the World
Why Do Cats Bring Dead Animals Home?
Do Insects Feel Pain? - Studies on Bug Pain Perception
Animals That Eat Insects - List and Fun Facts
Why Do Cats Like Boxes?
Why Do Flies Rub Their Legs Together
15 Animals That Pollinate

Why Do Ants Carry Dead Insects? 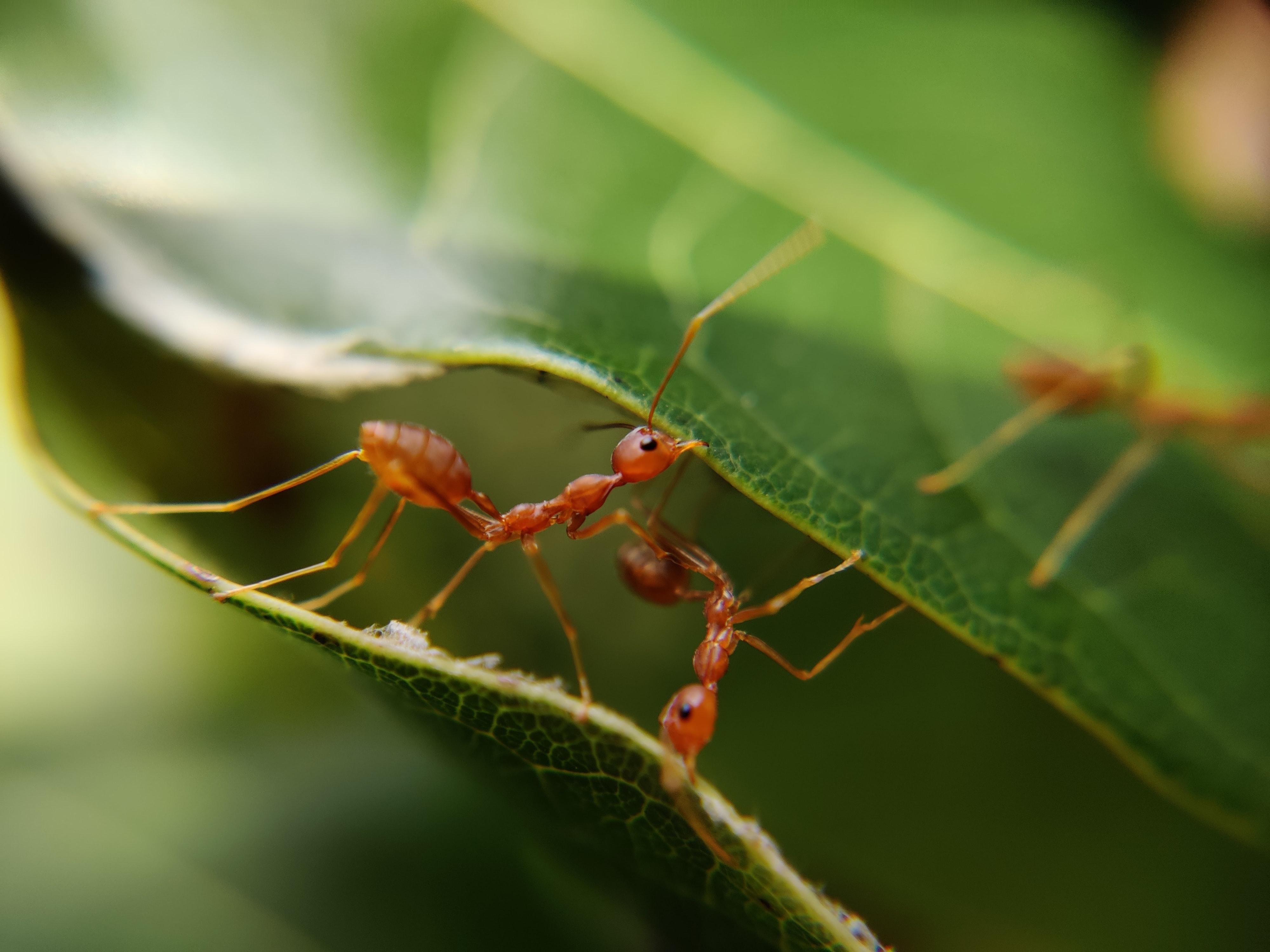 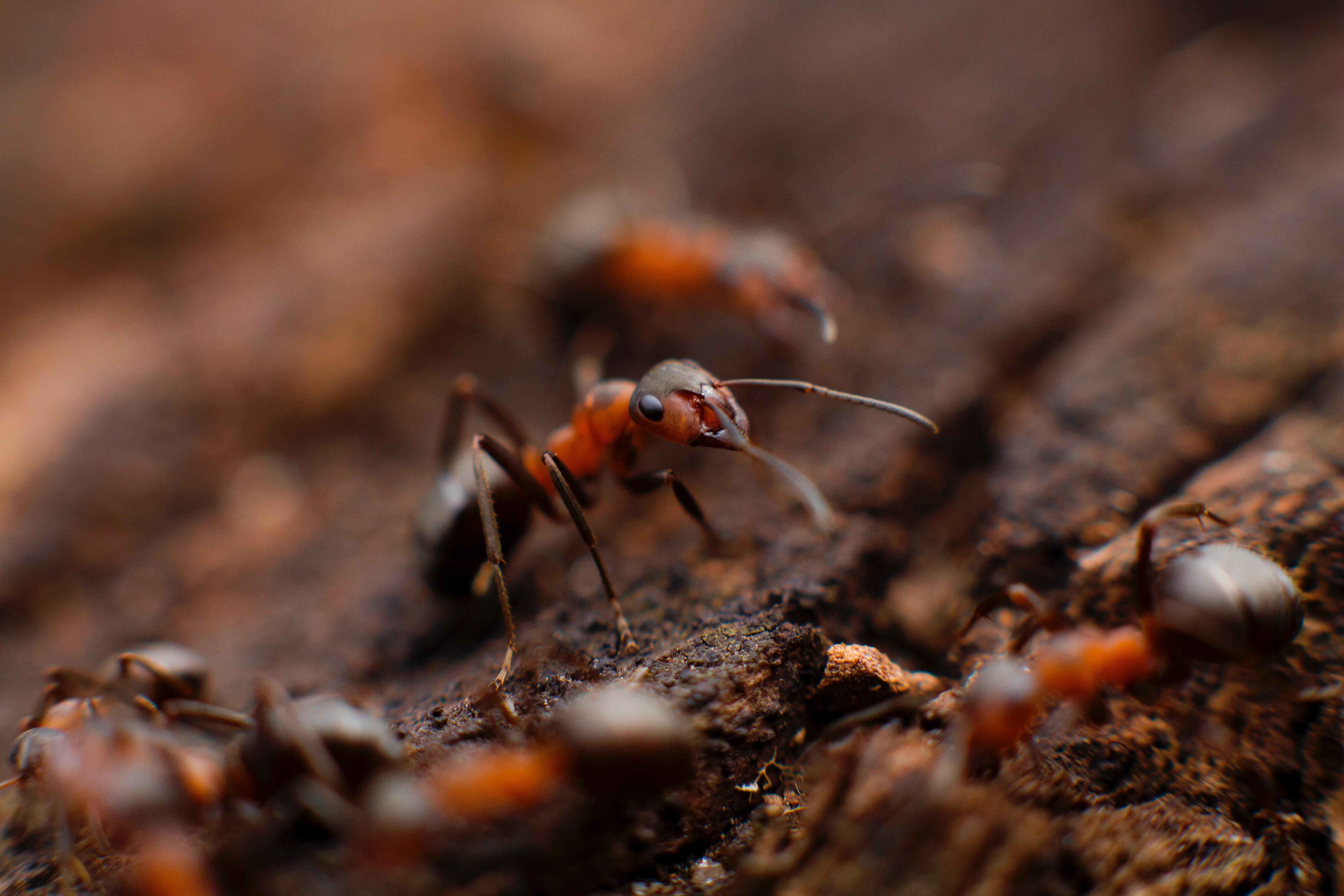 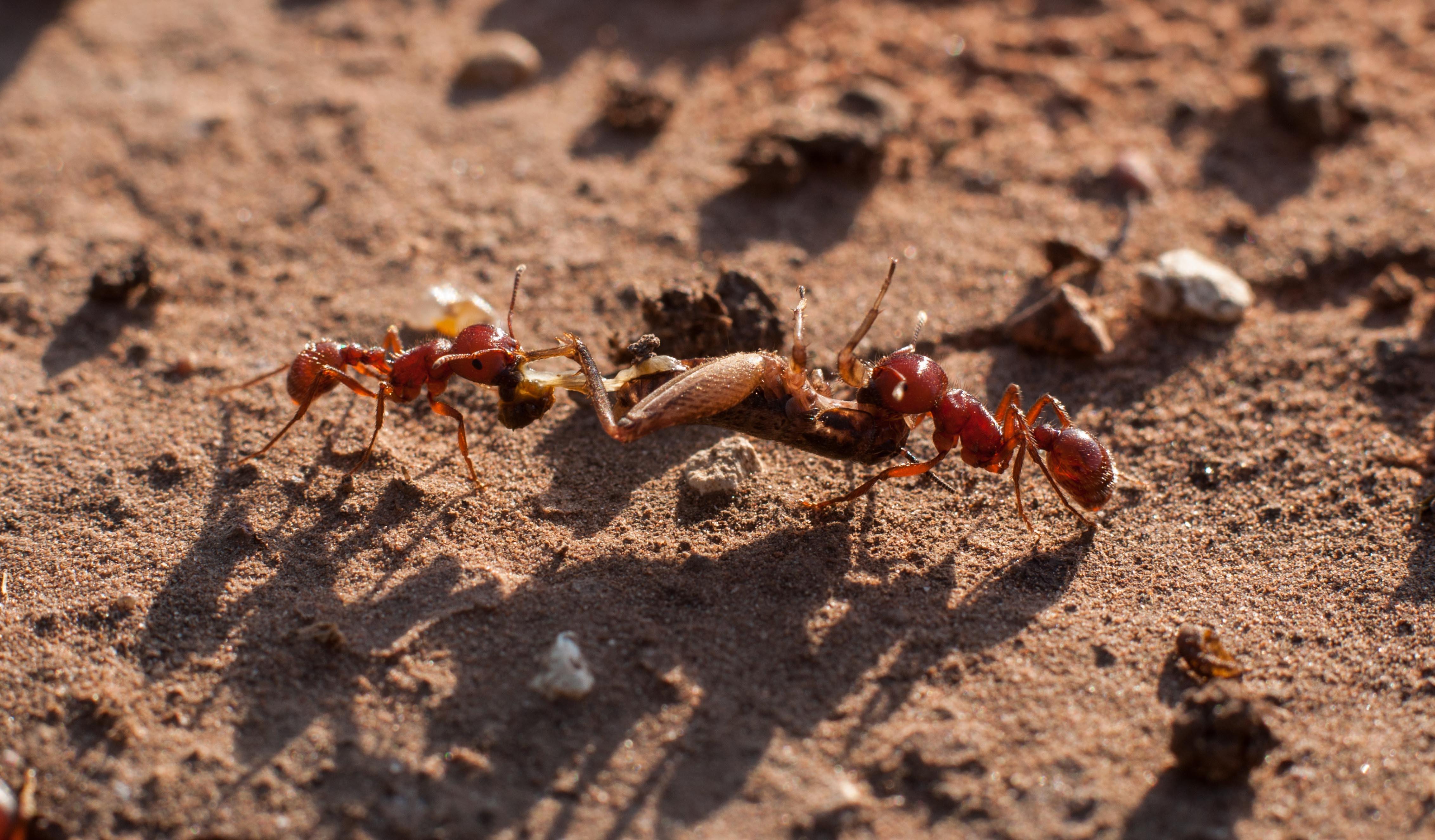 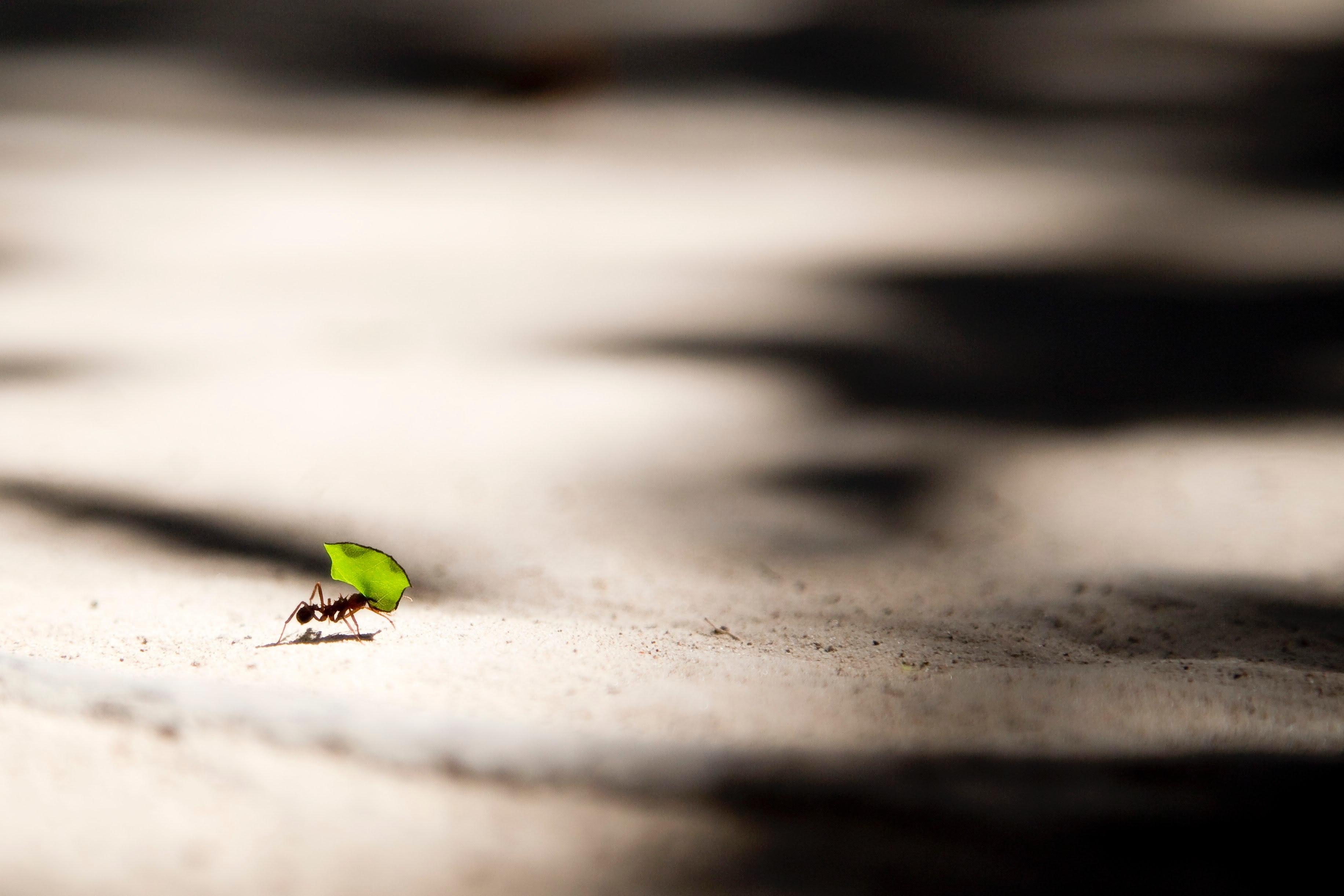 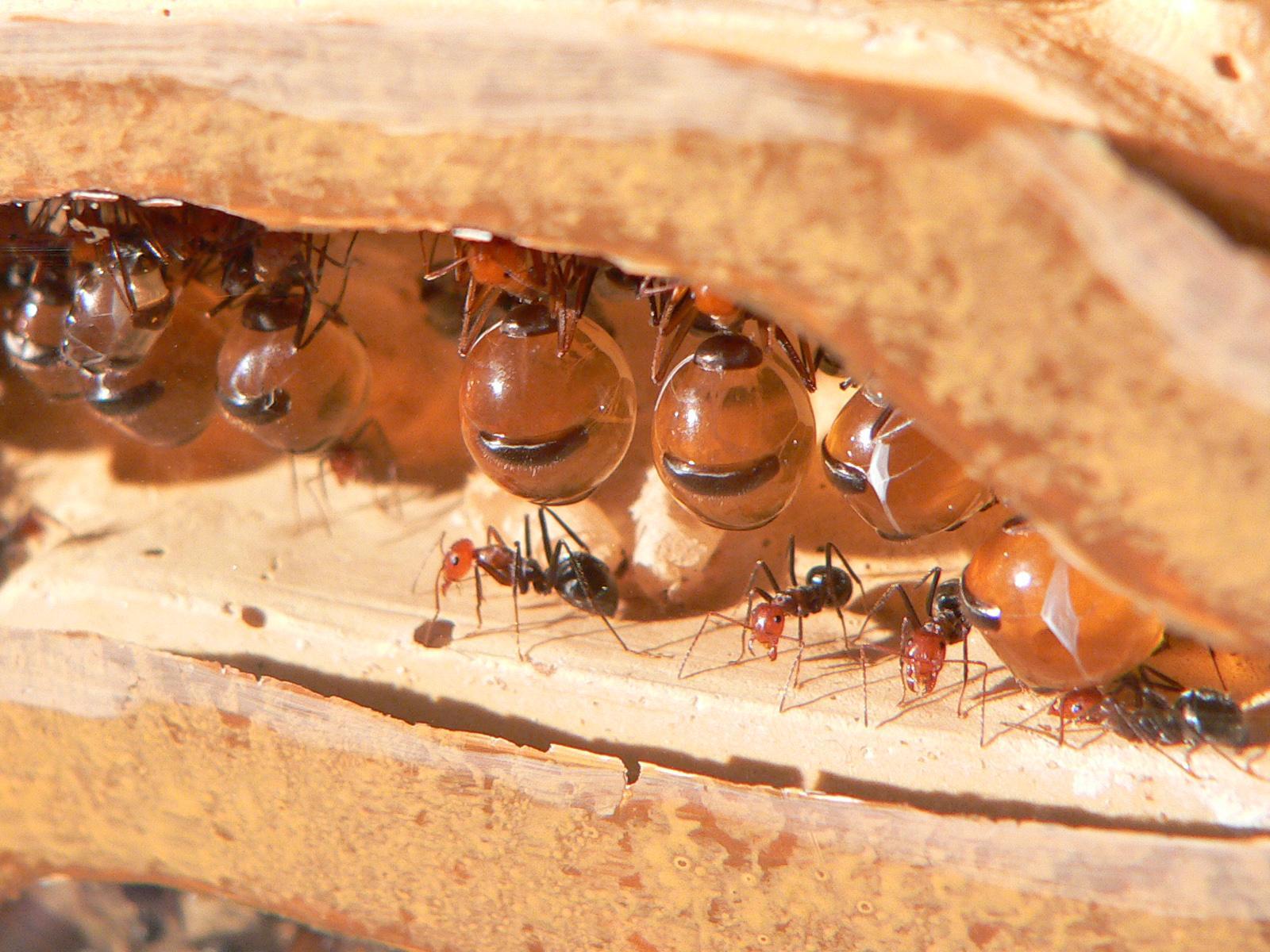 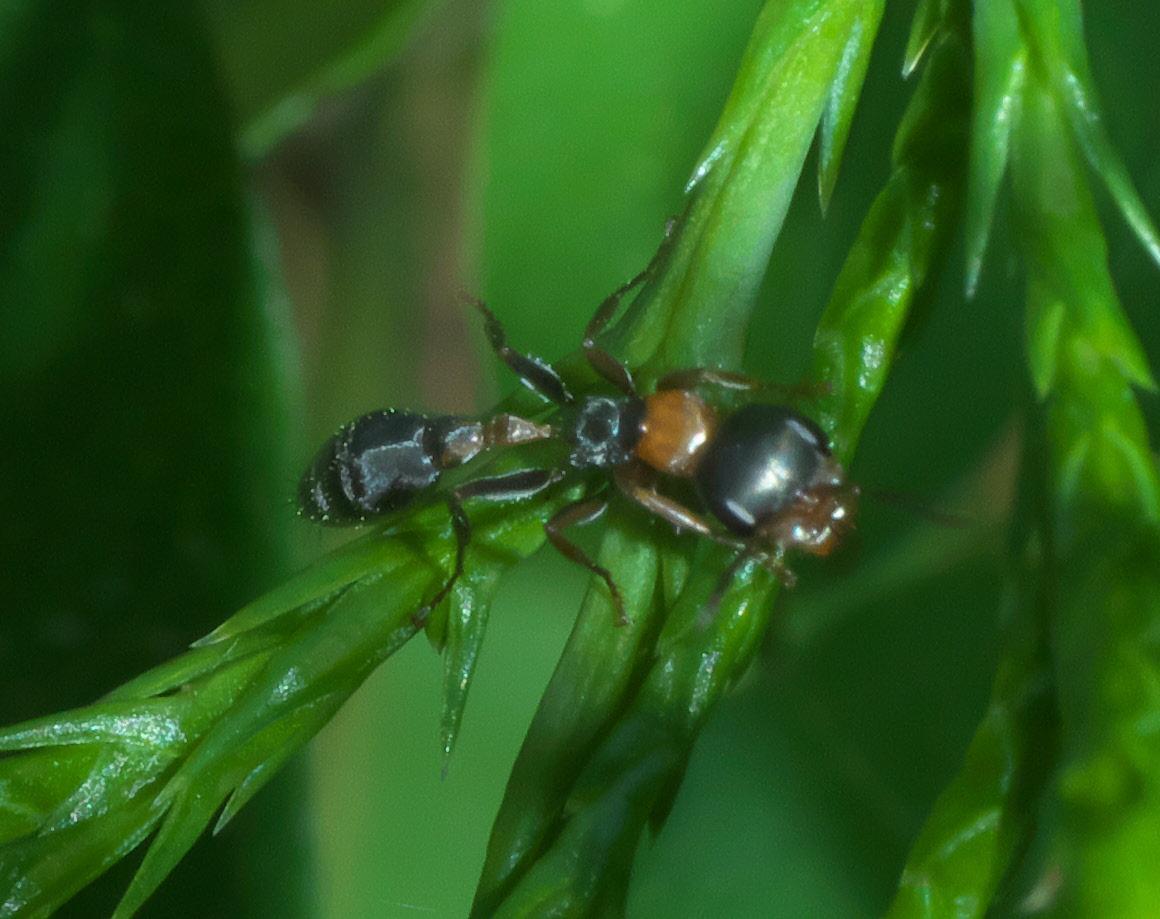 1 of 6
Why Do Ants Carry Dead Insects?
Back to top