By Nick A. Romero, Biologist and environmental educator. October 24, 2022

Thanatosis is a behavior by which some animals pretend to be dead. This form of animal deception is an adaptive behavior used as a defense mechanism or a form of mimicry and occurs in a wide variety of animals. Most often, they pretend to be dead in order to survive, hoping that their predator will no longer be interested in them. However, survival is not the only reason these animals engage in this behavior. In some cases, these animals are even able to slow their heart and breathing rates.

Continue reading this AnimalWised article to find out which animals play dead and how they perform this curious behavior.

You may also be interested in: Why Do Cats Bring Dead Animals Home?
Contents

One of the most famous animals that play dead to survive is the Virginia opossum (Didelphis virginiana), also known as the North American opossum. When this animal is in danger, its first instinct is to flee. Failing that, it tries to intimidate its enemy by showing its teeth, changing its posture to appear larger, and making threatening sounds. If it fails to scare away its enemy, the cunning marsupial lapses into a state of tonic immobility and feigns death, which can last up to several hours.

The ability to play dead is so widespread that there is even an expression for this behavior in English, "to play possum" means to pretend to be dead or asleep so as not to be bothered or attacked.

Learn more about these incredible animals by reading this other article, where we explain what kind of animal an opossum is.

Another animal that uses thanatosis to distract its predator and give it a chance to escape is the European rabbit. Although adult rabbits are very nimble and can quickly flee and hide in burrows, they are sometimes caught off guard. Therefore, the younger and weakest rabbits resort to mimicking a state of death as a survival strategy.

If you want to learn more about rabbits, do not miss this other article where we explain how rabbits reproduce.

One example of animals playing dead within the anurans is this Brazilian frog known as the Burmeister's leaf frog. It is common for some amphibians to secrete toxic substances that act on their predators, but in certain cases these are not enough, so they can coax their attackers with tonic immobility.

If you want to learn more about frogs, do not miss this other article where we explain how frogs reproduce.

The grass snake (Natrix natrix), sometimes called the ringed snake or water snake, is a Eurasian non-venomous colubrid snake. It is often found near bodies of water and feeds almost exclusively on amphibians.

Although it is a non-venomous species, this snake uses various defensive strategies when it feels threatened, such as expelling blood, assuming an attack position, and emitting certain sounds. When this does not work, it becomes immobile and leaves its body limp, giving the impression that it is dead.

However, this is not the only species with this strategy, because there are several snakes that also play dead when threatened, such as:

If you want to learn more about snakes, do not miss this other article where we explain how snakes move.

Even within the group of insects, there are species that try to protect themselves from predators with this strategy. Zopherus chilensis, commonly known as the ma'kech or jewel bug, folds its legs and antennae in response to unusual physical contact that indicates danger, and remains so for extended periods. The insect remains rigid and keeps its extremities covered until the danger has passed.

Agriotes lineatus, commonly known as the lined click beetle, is another species of beetle that engages in thanatosis to survive. Unlike the previous species, immobility was observed during the larval stage, when the animal looked like a worm. At this stage, this insect is more susceptible to being eaten by birds. Within the different species of the genus, A. lineatus is the one that has the longest duration of tonic immobility.

The Red Imported Fire Ant (Solenopsis invicta), also known as the Fire Ant or RIFA, is a species of ant native to South America. The young workers of this ant species prefer to play dead in the face of a possible attack by other neighbors and avoid confrontation. This gives them a better chance of survival, as they may lose in a fight. Adult individuals tend to attack each other and do not use the strategy of immobility. In addition, these ants exhibit a variety of behaviors, such as building rafts when they sense the water level is rising.

If you want to learn more about ants, do not miss this other article, where we list some interesting facts about ants.

There is one species of spider that uses thanatosis as a means of avoiding predators and mating.

The males of this species offer a nuptial gift to potential mates. After presenting the bridal gift to the female, she bites down on the gift and the male moves to her epigyne to deposit sperm.

During copulation, the male keeps one leg on the gift to be ready in case she tries to escape with it or attack him. While holding the gift, the male may feign death by raising his limbs and being dragged along with the female. After the female stops, the male "reawakens" and tries to mate again. Evidence suggests that thanatosis increases a male's chances of successfully mating from 30% to 89%.

If you want to learn more about spiders, do not miss this other article where we explain how spiders reproduce.

Nimbochromis livingstonii, also known as Livingston's cichlid or (locally) Kalingono, is a mouthbrooding freshwater cichlid from Africa. As opposed to avoiding predators, tonic immobility is also used for hunting. This fish lies at the bottom of the water, playing dead. When a suitable target comes within range, the fish quickly pounces on the prey, usually swallowing it whole. The fish owes its local name kalingono, meaning "sleeper," to this unique hunting method.

Ducks are one of several bird species that play dead to survive, and they are not the only ones. This behavior has also been seen in quail and chickens. Numerous species of ducks, when captured by foxes, have been documented to enter a state of thanatosis. If the fox is not experienced enough in this state and leaves the bird alive to feed later, it may escape. Now, the older foxes, having learned this escape strategy from their prey, kill the duck immediately after capture.

If you want to know more about ducks, do not miss this guide on how to care for a duck as a pet.

Other animals that play dead

The animals that play dead are not few, on the contrary, it is a more common strategy than we think. The following are some more examples of animals that practice thanatosis:

Animals engage in many behaviors to survive, including playing dead. But all living things must adapt to their environments in one way or another. These environments are as varied as life itself, whether underwater, in a desert, or even in the body of another living creature. Continue reading this other article to learn more about the different types of adaptations in animals.

If you want to read similar articles to Animals That Play Dead, we recommend you visit our Facts about the animal kingdom category. 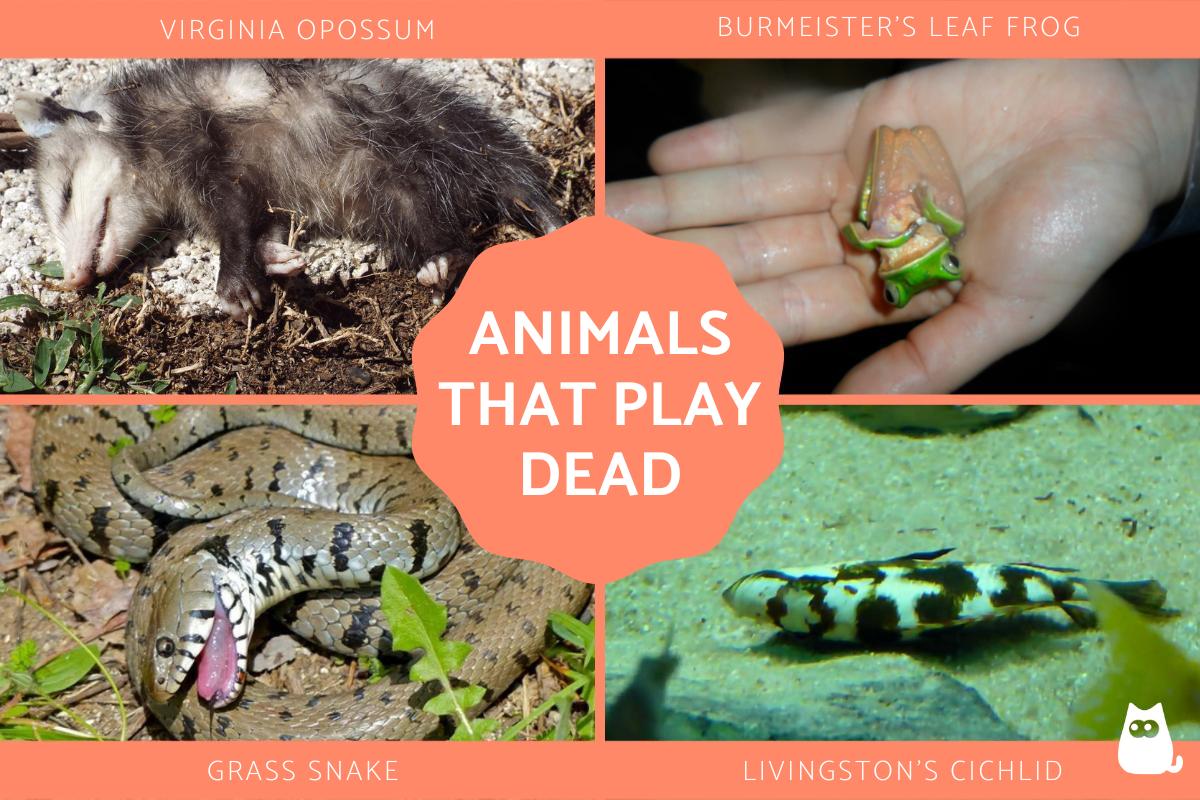 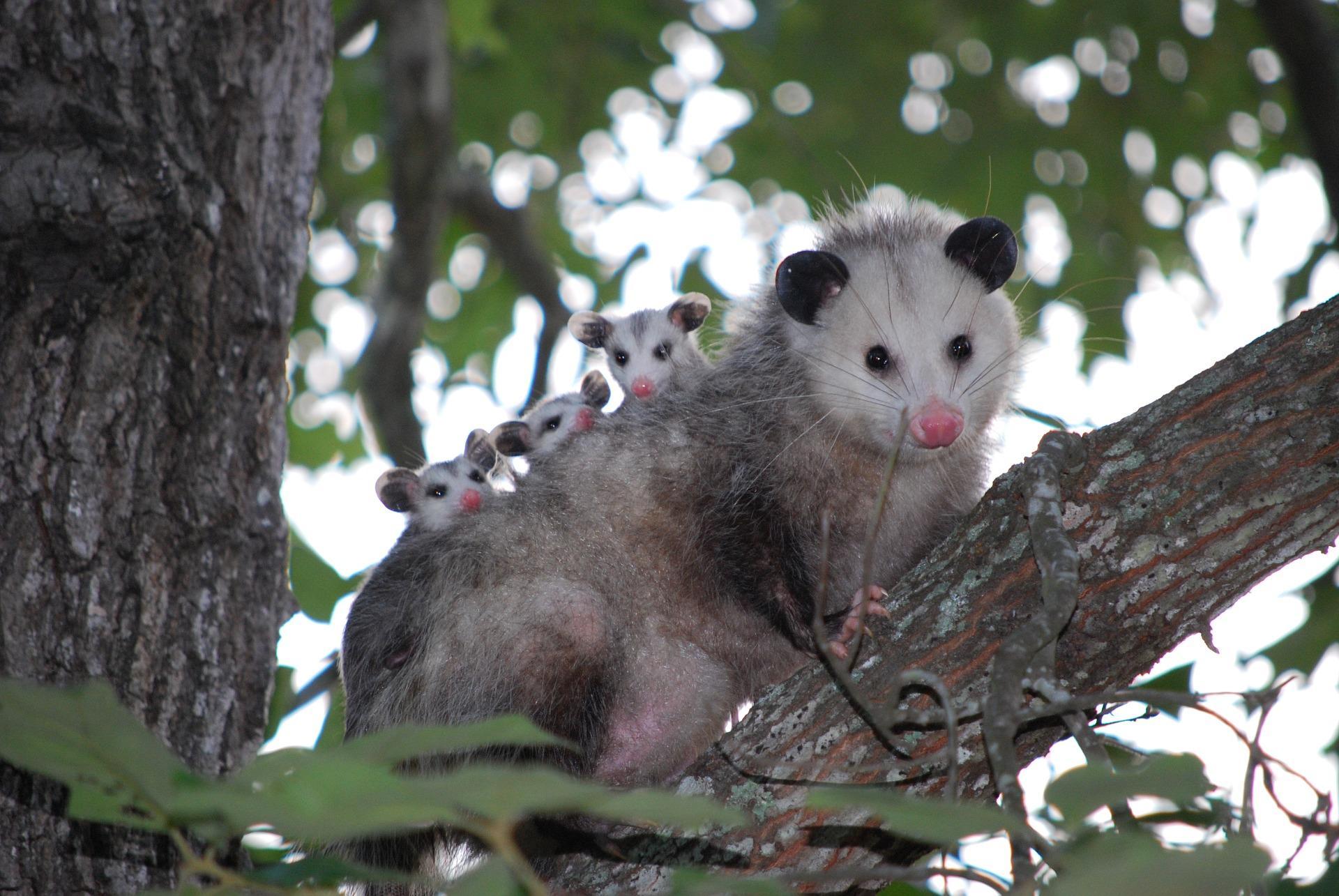 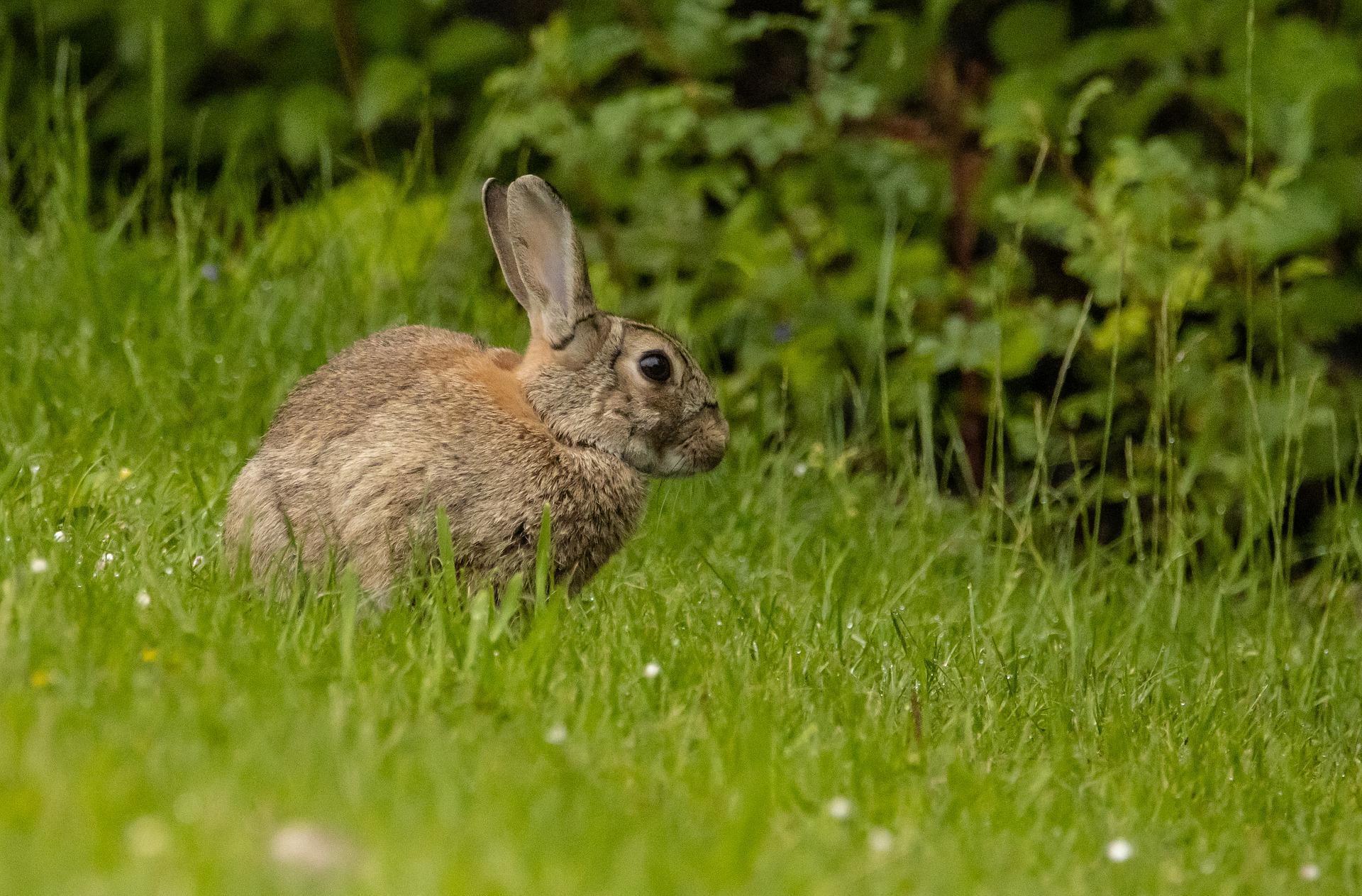 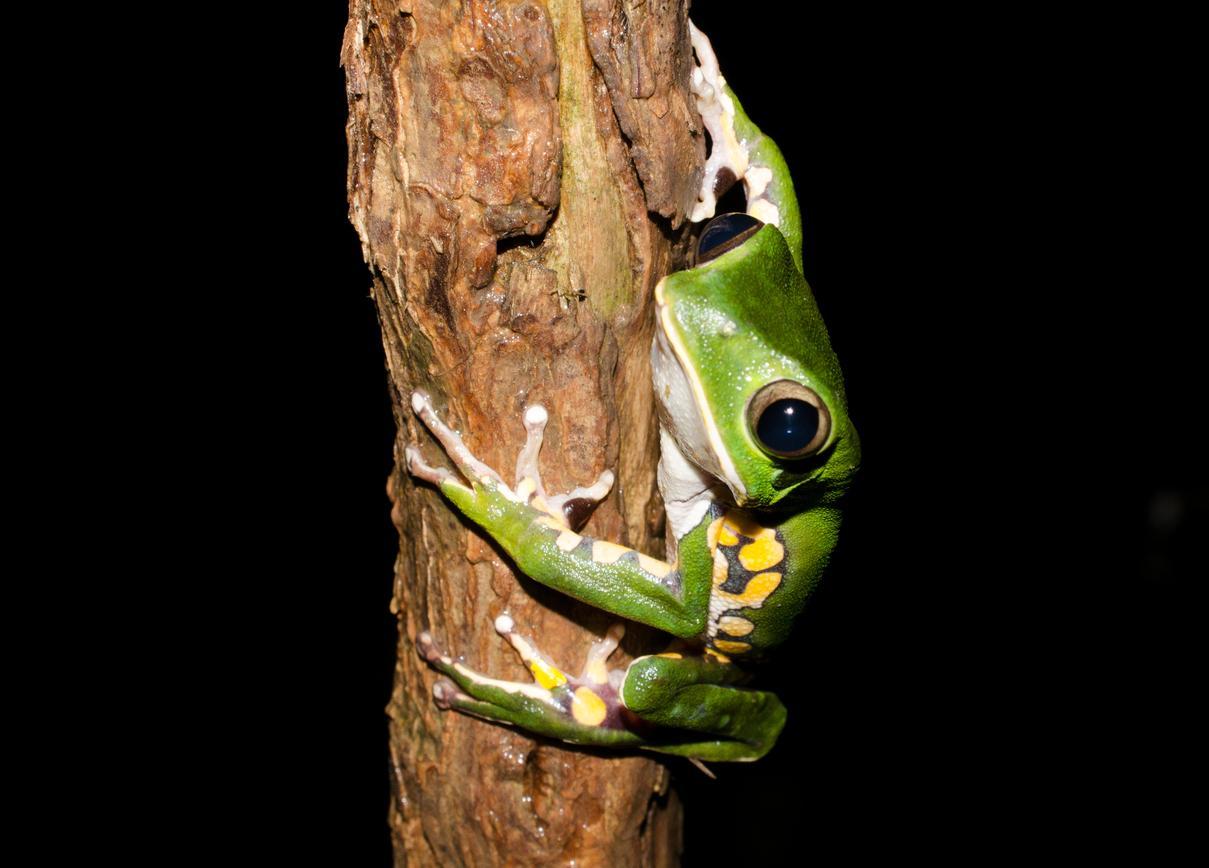 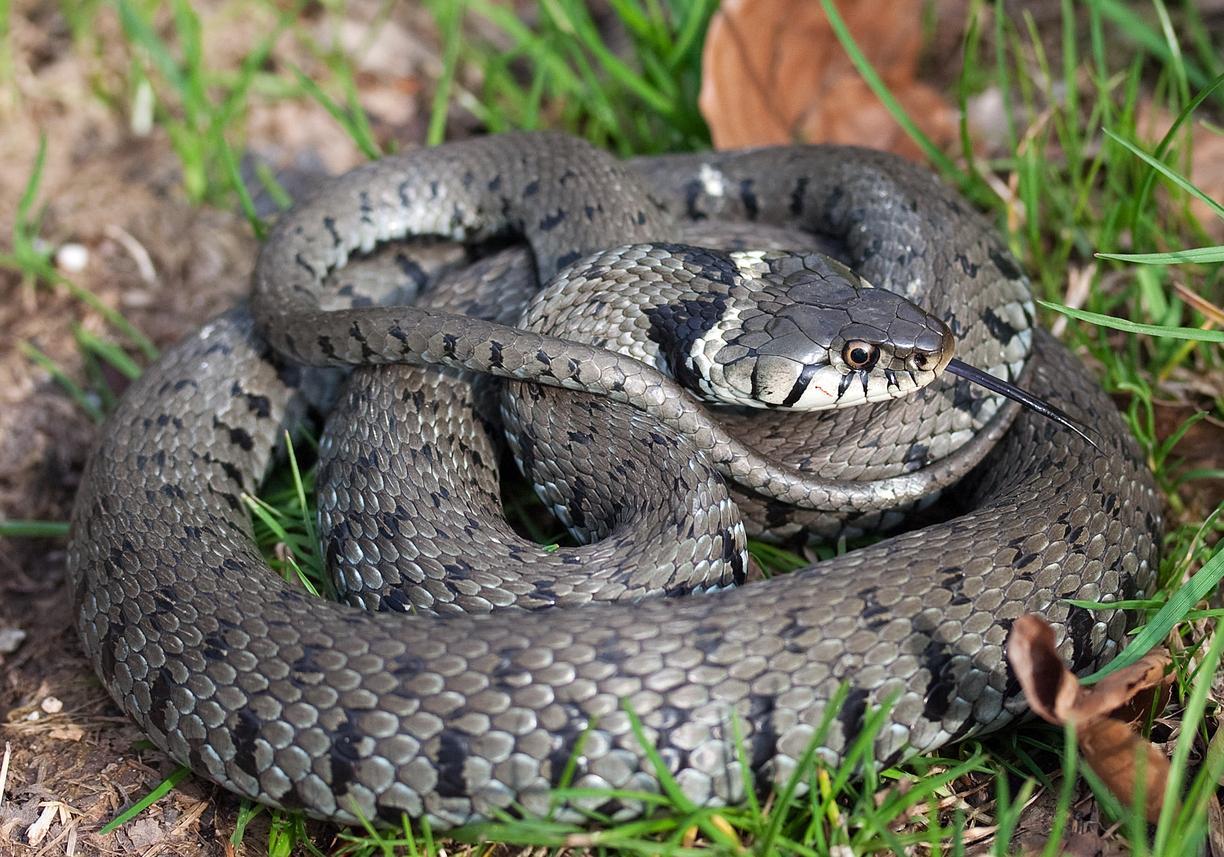 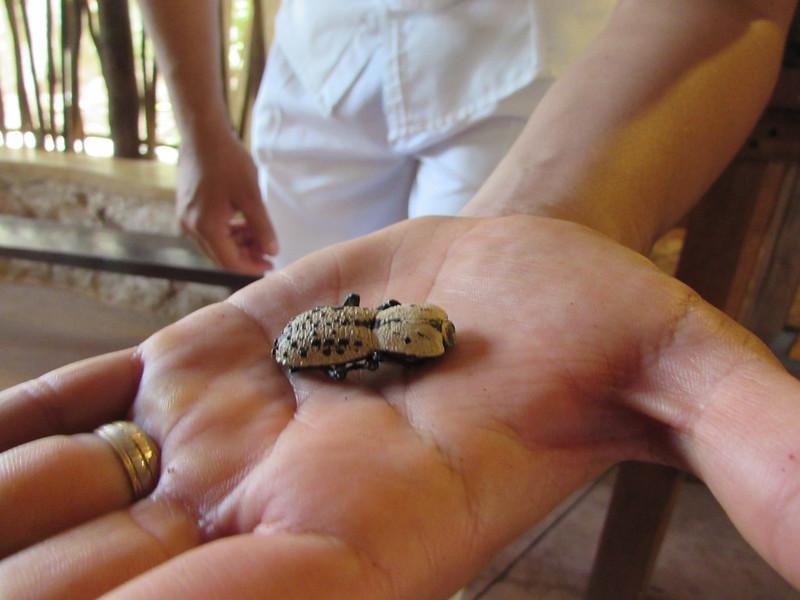 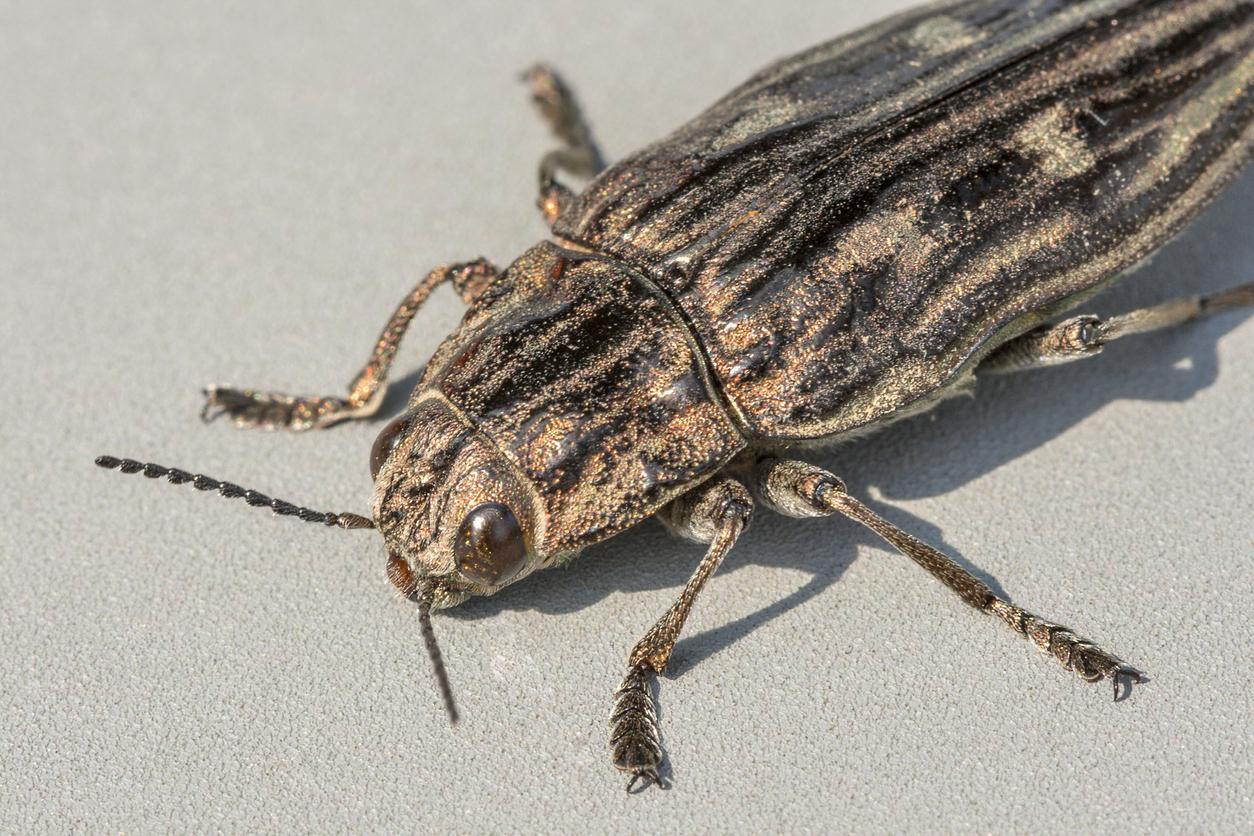 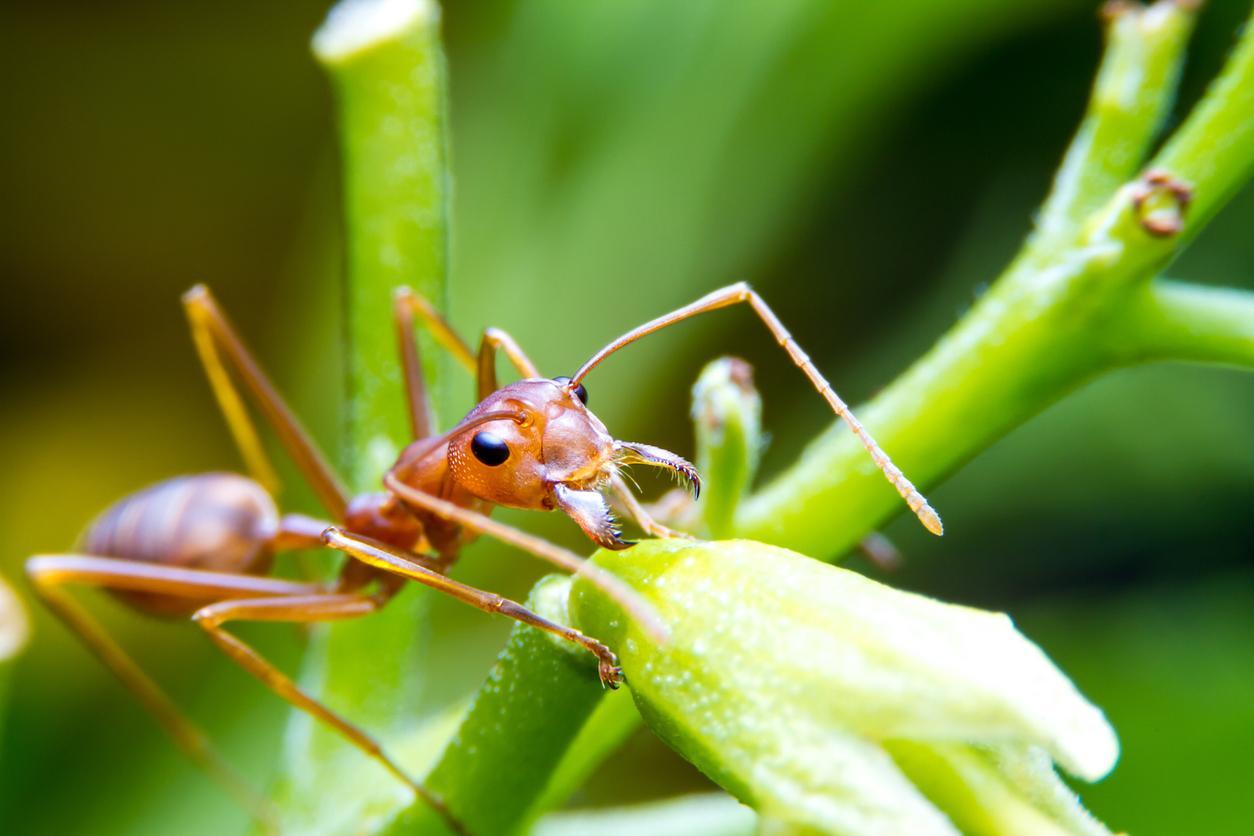 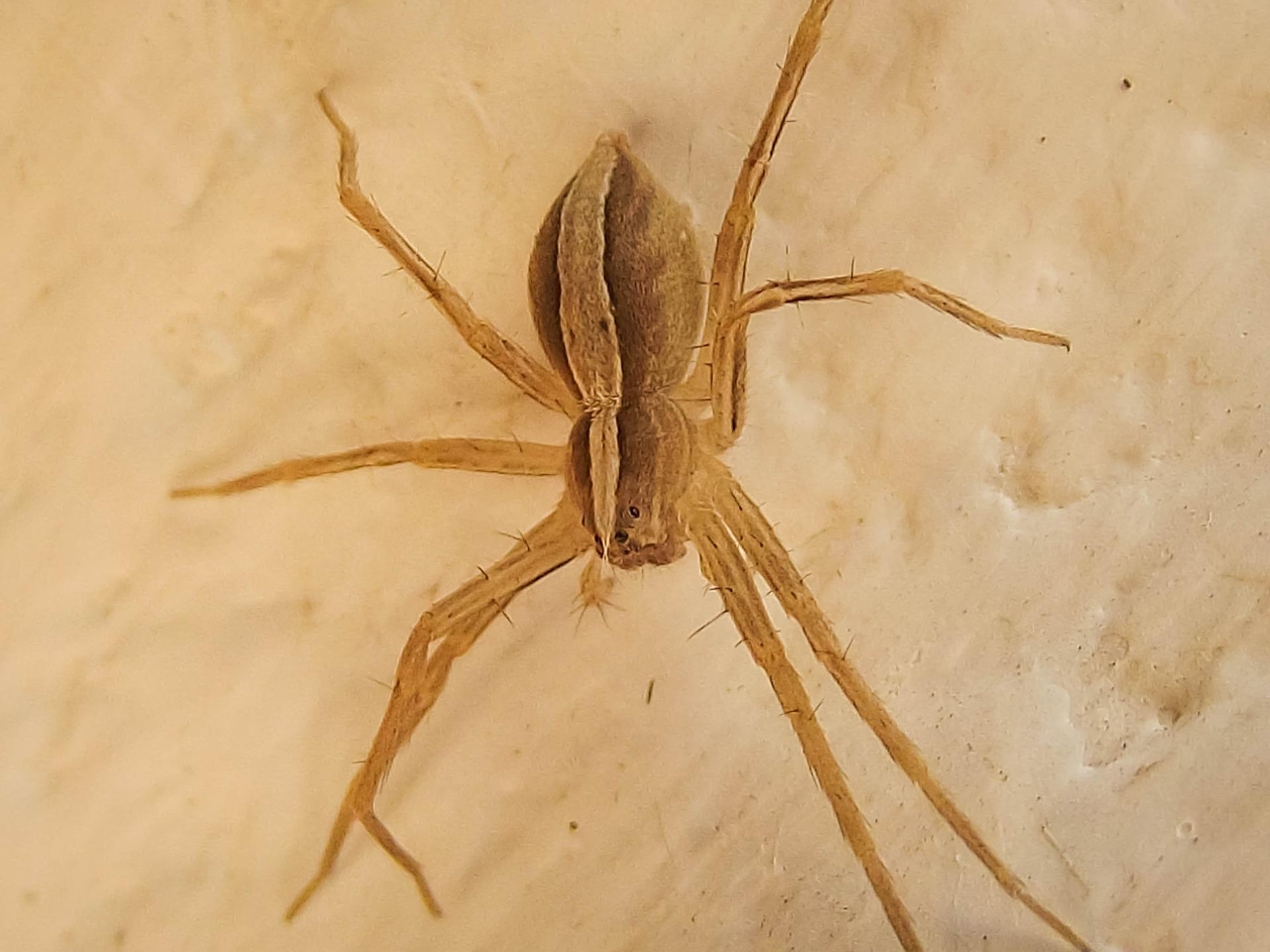 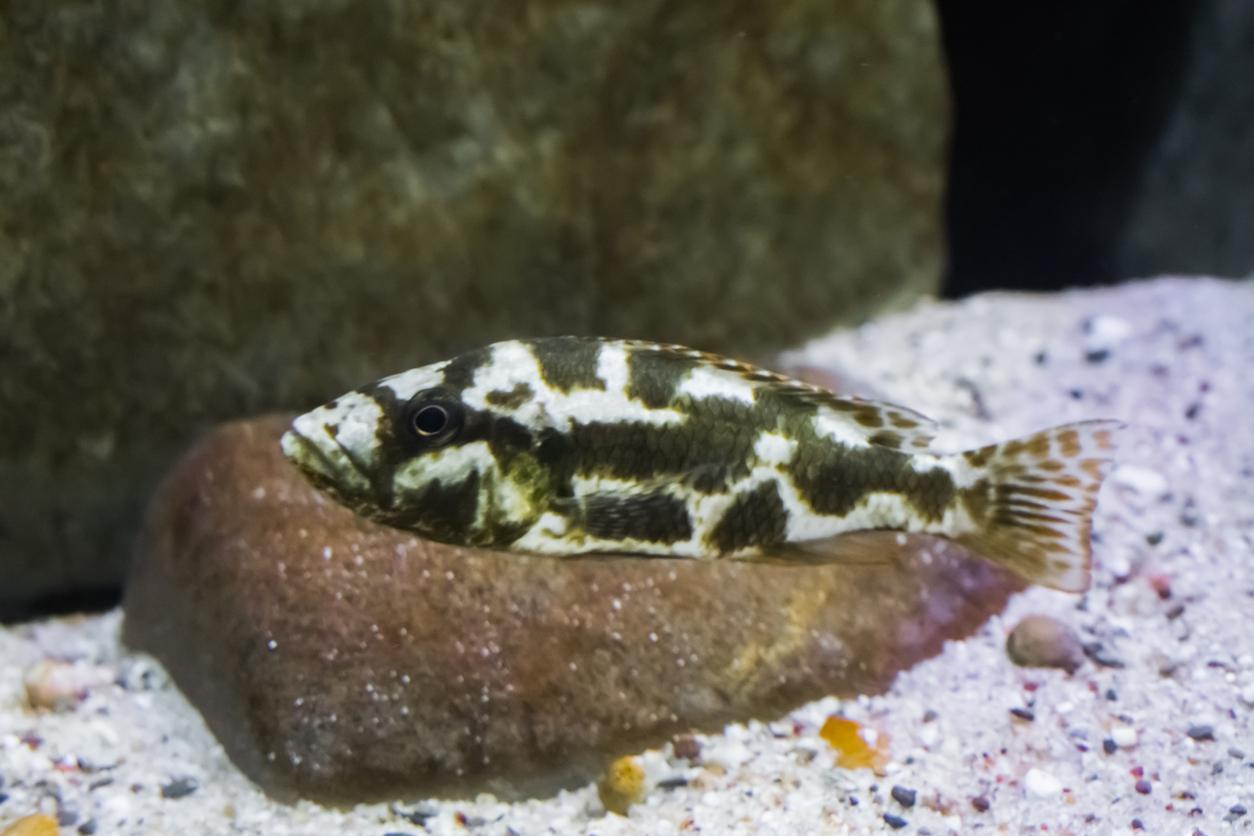 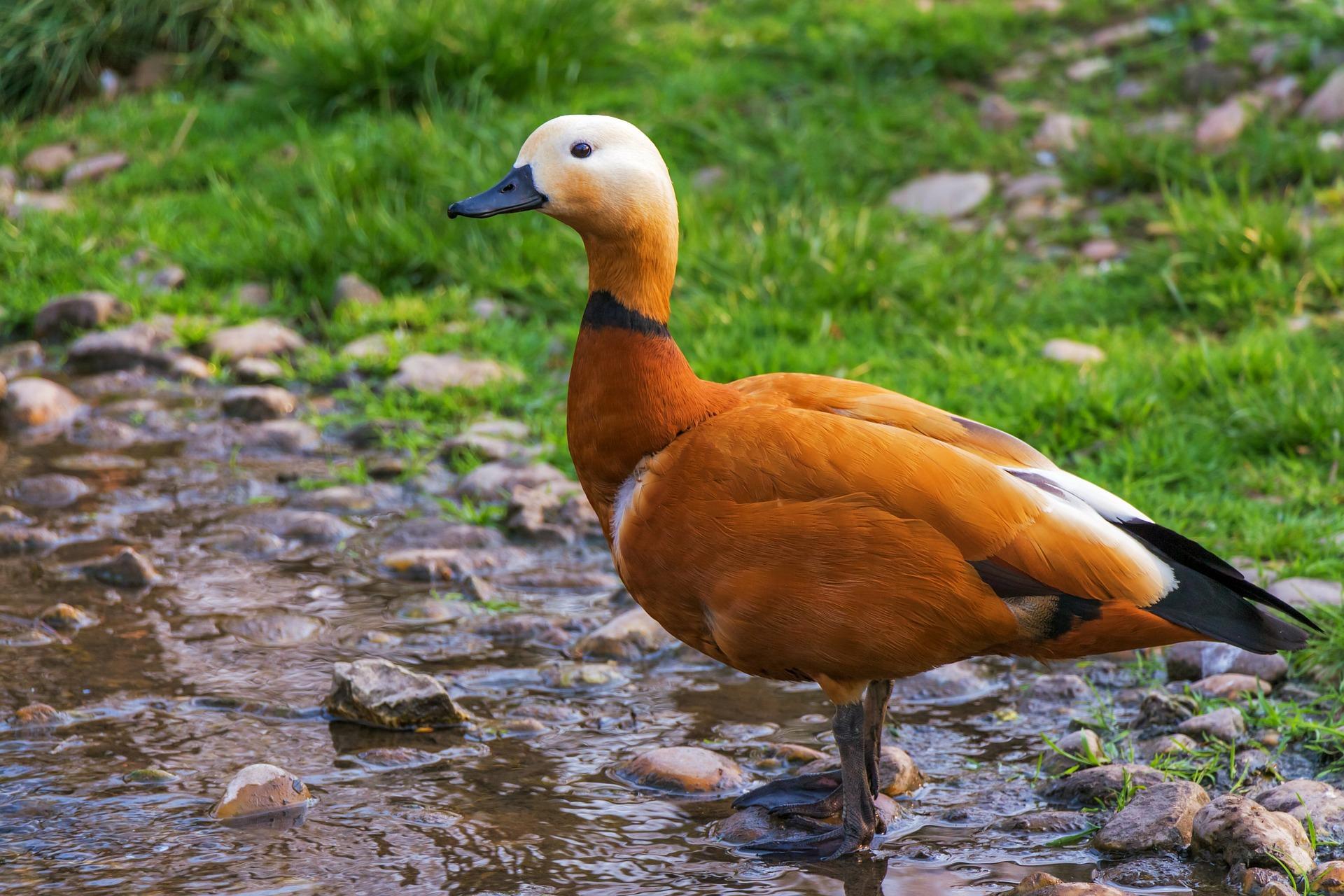 1 of 11
Animals That Play Dead
Back to top