Why Do Birds Chirp at Night? 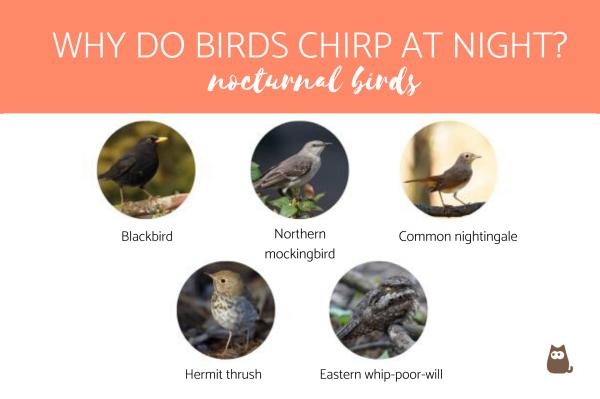 Birds have long been recognized for their beautiful and melodic chirps. We praise their beauty, singing and graceful movements in our poetry, stories and even music.

We often observe and hear birds chirping during the day, especially when the sun comes out. However, not all birds follow the same singing schedule. In fact, there are birds that sing at night and with the same joy that others do during the day. In this AnimalWised article we will explain why birds chirp at night, as well as investigate certain nocturnal birds.

You may also be interested in: Why Do Roosters Crow in the Morning?
Contents

Why do birds sing?

It is well known that these beautiful animals can emit all kinds of melodic sounds. We are often amazed by what singing birds can emit. This is thanks to an organ called syrinx, located at the bifurcation of the trachea to the lungs, through which air passes from the lungs and vibrates fins to produce a wide range of sounds. We also have this structure, but in the case of birds it is usually more complex and some birds even have air pockets that surround this organ and allow the sound to be amplified.

Other birds, such as parrots, have such complex vocal organs that they can imitate sounds and even pronounce English words. Learn more on our article about how parrots can talk like humans.

Many people wonder why birds have such a complex vocal system. It's simply because they need it for survival. Birds tend to have colored feathers that will help them camouflage into their environment. This is great for hiding from predators but has implications when trying to mate. This is where their great singing skills come in.

Birds mostly sing to mate. By singing, males can announce their intentions and whereabouts to females. If their melody is strong and clear, females may be interested and go to find him. Therefore, singing is the way to communicate with other birds and meet their social and mating needs.

Other reasons that singing is so important to birds is because it's also used to communicate other things, such as protecting one's territory or warning other birds if there is a threat nearby.

When do the birds sing?

Birds often sing throughout the day and, depending on the species, have more or less strict schedules. Knowing this, it's striking to see how many birds agree to sing at sunrise. Likewise, their singing hours vary depending on the season of the year and the environmental temperature. For example, as summer approaches, the birds begin to sing earlier.

The songs bird sings is determined by their species and biological clock. It's also influenced by daytime hours, mating times and migration. It is also influenced by other environmental aspects, such as temperature, lighting, noises, presence of other birds or animals, etc.

With this being said, many people wonder what the case is for birds that sing at night. Well, it's more or less the same idea but for nocturnal birds. Keep reading to learn more.

Birds that sing at night

This species of bird is surely one of the best known, as it has the ability to adapt to many kinds of environments, from forest to urban environments, in which it sings more loudly to be heard above the sound of the city. Males generally sing loudly to attract females and do so throughout the day until late at night.

There are different species of blackbirds that can be heard at night, such as the common blackbird (Turdus merula), characterized by their black plumage. Although this bird is considered diurnal, it is sometimes active at night.

These birds have a great repertoire of songs and melodic variations. They usually sing throughout the day but young males may practise at night. Another reason blackbirds may sing at night in your city is due to the city lights. Some birds will confuse artificial light with sunlight. Research has also shown how these birds will switch to flying by night when migrating to a warmer area.

If you have found a blackbird fallen from the nest and you do not know how to take care of it, do not miss this article in which we talk about what to do if you find a fallen or injured bird.

Also called cenzontle, this bird is a native American species characterized by their beautiful gray plumage on the upper part of the body and white on the lower part, tail and end of the black wings. They're also known for the white lines on their wings.

This bird is distinguished by imitating sounds, for example from other birds and animals and even machines if it is in urban areas. Their calls are usually made mainly at night throughout the year, as well as during twilight and sunrise.

This species is a thrush with an American origin. It is characterized by having a white blurred plumage on the lower part, brown on the upper part of the body and spotted with small brown feathers on the chest.

This bird usually sings at sunset or at night and usually emits a descending sound in different tones. In general, these birds, like others, tend to vary their song depending on the region in which they are found and tend to have a vast repertoire of up to 12 different songs.

This is another of the birds that sing at night. We must emphasize that it is a rather shy bird and difficult to see. It is native to North and Central America and its plumage is spotted with dots, with the upper part being brown, black or gray, and the lower part is usually dark in color. In addition, males are distinguished by having a white spot under their throats and wingtips.

This bird is fully nocturnal, which means that it rests during the day and most of their activity occurs at night, including singing. Their call is usually slow and serious, for this reason, in the American folklore of rural areas his melody is usually attributed at night to a bad omen.

If you wish to attract more birds to your backyard to listen to their songs and observe their behavior, read our article on attracting birds to your garden.

If you want to read similar articles to Why Do Birds Chirp at Night?, we recommend you visit our Facts about the animal kingdom category.

Bibliography
Do Featherless Birds Exist?
Do Parakeets Like Music?
Why Do Dogs Sleep at Your Feet?
Why Do Cats Disappear for Days at a Time?
Related categories
Endangered animals
Most read
1.
What Animal am I According to my Zodiac Sign?
2.
What Does It Mean When a Cat Shows Up at My Door
3.
Examples of Vertebrate and Invertebrate Animals
4.
Animals With Scales - A Full List
5.
10 Smells that Attract Cats
6.
The 10 Most Solitary Animals in the World
7.
How Many Types of Lions Are There?
8.
My Female Dog In Heat Won’t Accept A Male - Causes
Different Types of Pet Birds
Why do Cats Meow?
Why Do Cats Like Boxes?
The 5 Best Singing Birds
Why Do Crows and Ravens Caw?
Why do Horses Neigh?
Why Do Woodpeckers Peck Wood?
Why Do Cats Like The Sun?

Why Do Birds Chirp at Night? 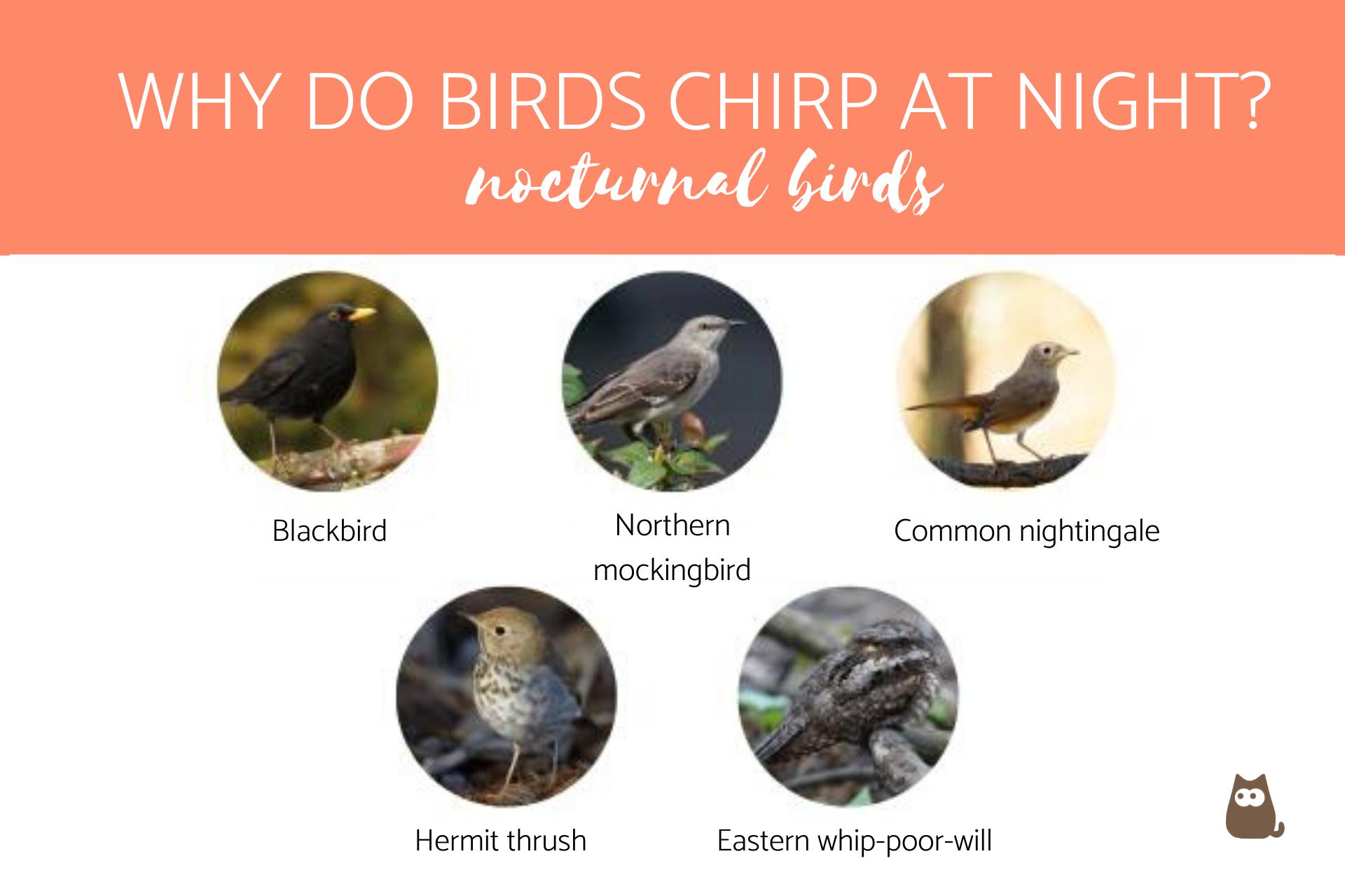 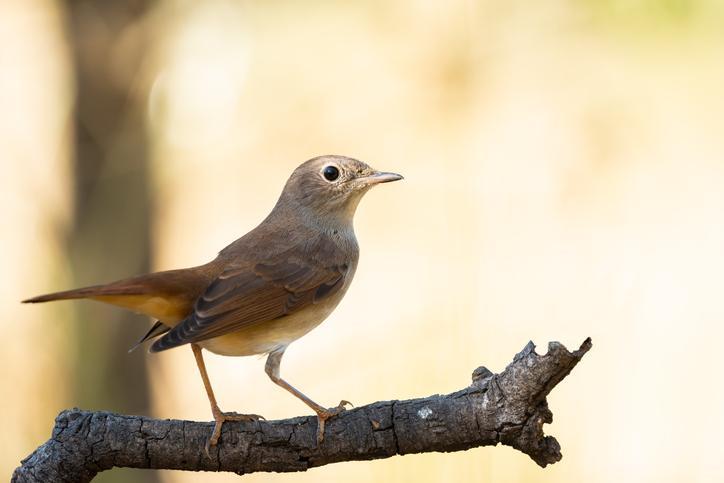 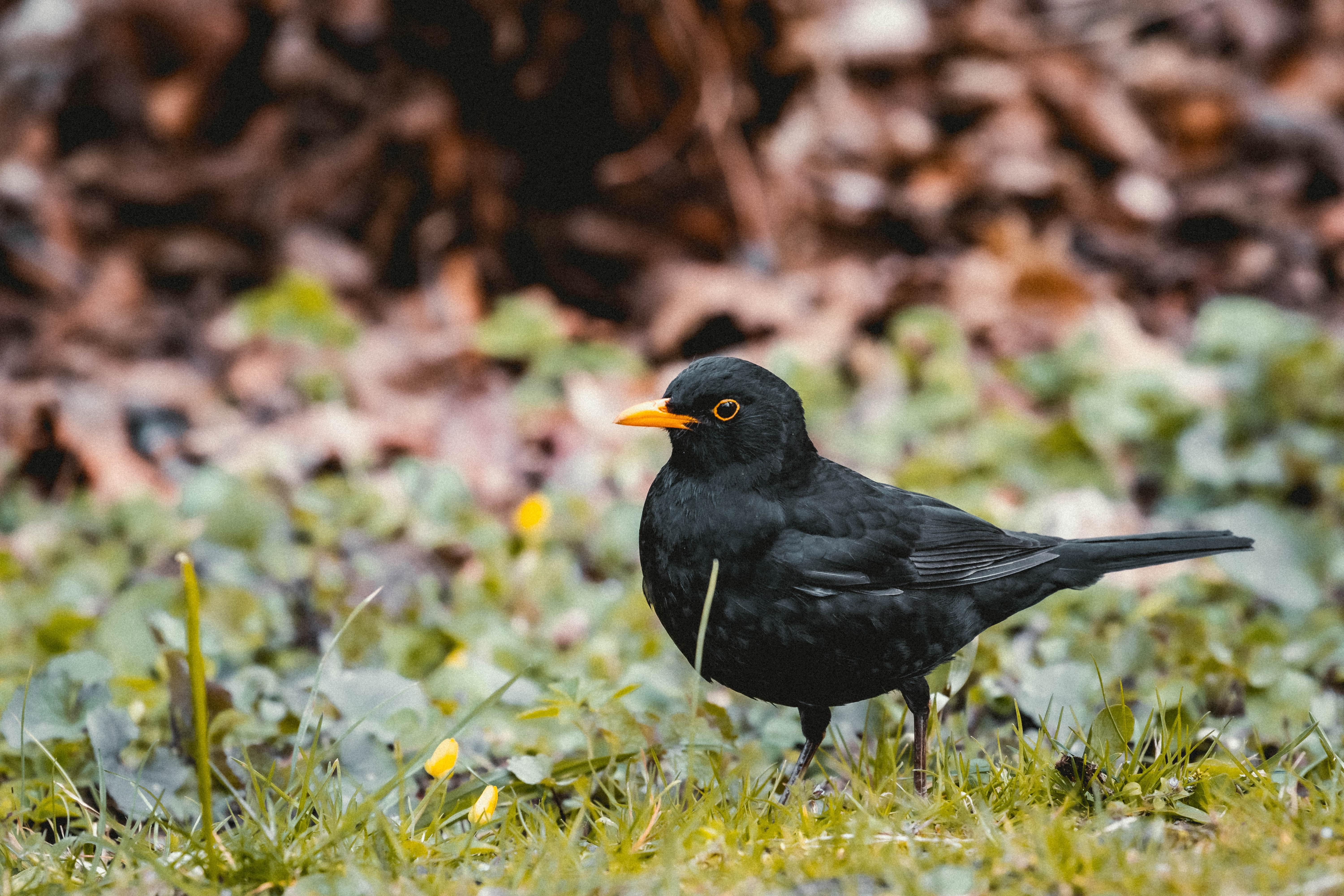 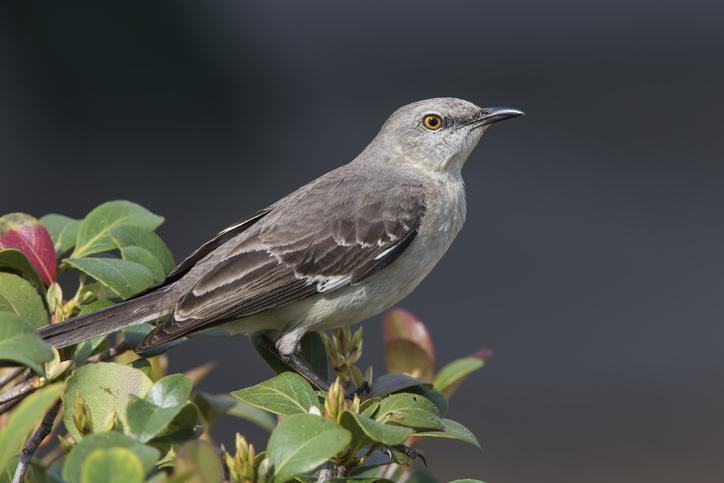 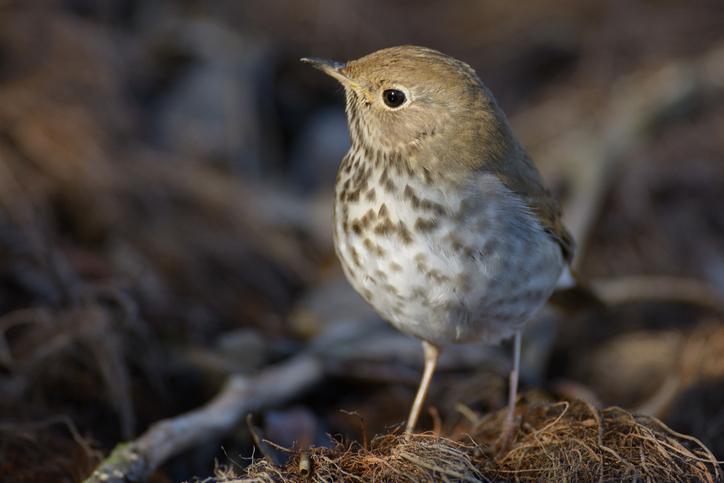 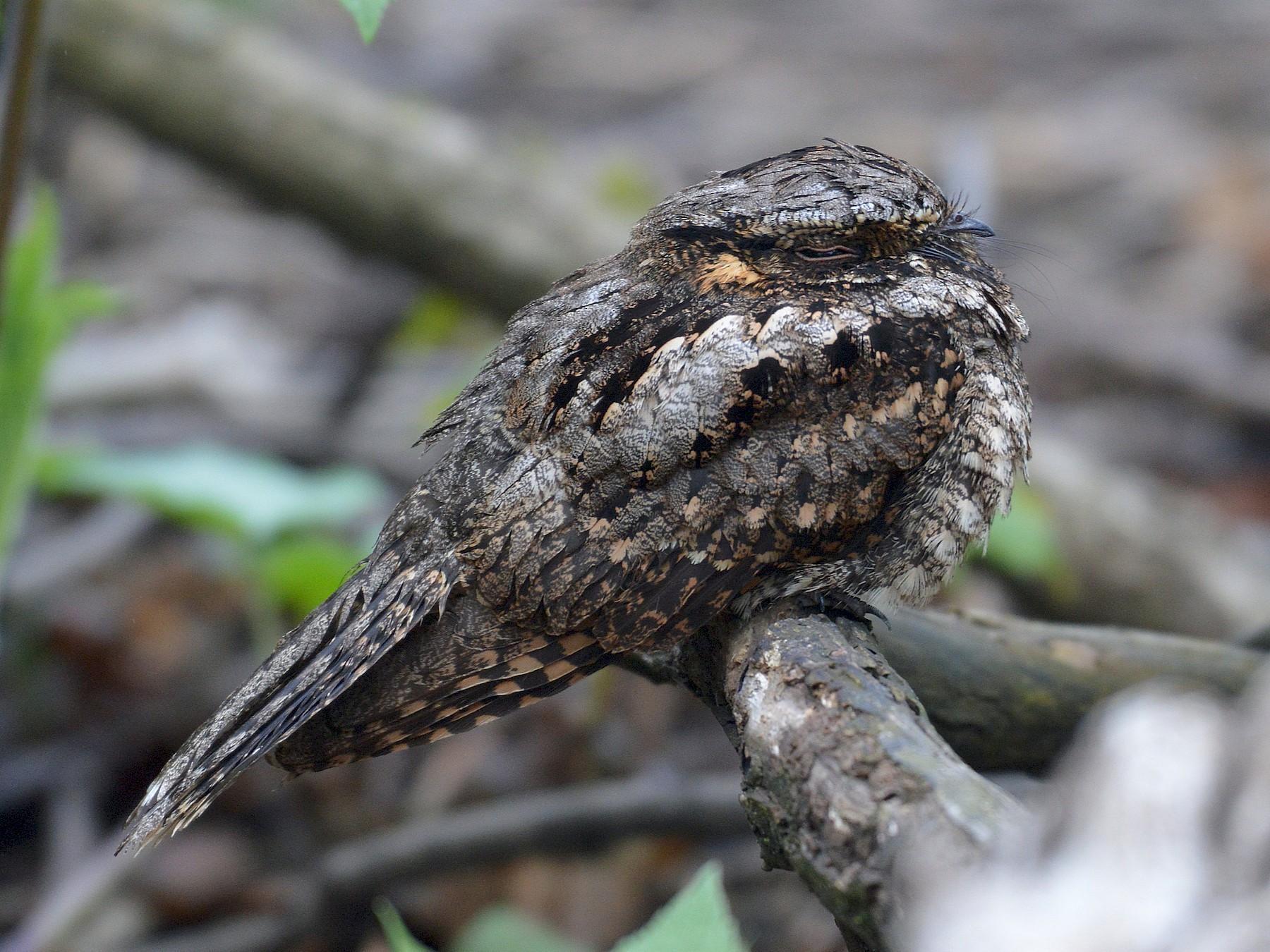 Image: ebird.org
1 of 6
Why Do Birds Chirp at Night?
Back to top