Where Do Swallow Birds Sleep?

By Nick A. Romero, Biologist and environmental educator. May 3, 2022

Swallows are several species of birds that belong to the Hirundinidae family and have a wide distribution. Some are migratory birds, others are not. Those that are migratory can travel thousands of miles south to below the equator to find warmth and food during cold months. When winter is over, they migrate back north to nest. Now that spring has arrived, it is increasingly common to see swallows basking in the sun in both rural and urban areas. Yet, have you ever wondered where swallows spend the night?

In this AnimalWised article, we discuss where and how swallows sleep, as well as a few other interesting facts about their roosting and nesting habits.

You may also be interested in: Swallow Bird Migration - How, Why, and Where Do Swallows Migrate?
Contents

When do swallows sleep?

Swallows are diurnal birds, meaning they are active during the day and sleep at night. However, when they migrate, their sleeping habits change dramatically.

During their spring and fall migration, swallows fly at night because it is safer. During their nocturnal migrations, they forgo much of their sleep, but are able to make up at least some lost sleep on land during the day by taking occasional naps.

Check out this other article on why animals migrate to learn more about migratory animals.

Where do swallows nest and sleep?

Swallows have adapted to urban and suburban areas, so it is not uncommon to see them in buildings, bridges, barns, etc. In the wild, they prefer steep slopes, ravines, and caves. As a rule, swallows prefer to live near water.

Most people assume that swallows, like most birds, sleep in nests. This is true to a certain extent. It is important to clarify what nests are really for: babies. Nests are built primarily because the eggs need protection from the weather (heat and cold, wind and rain) and from other animals that would eat them. When an adult bird perches on eggs and nestlings, it can sleep in the nest, especially at night. As soon as the young swallows are big enough to live on their own, the whole family will leave the nest. This brings us to another question: where do they sleep the rest of the year?

When swallows sleep outside the nest, they sleep in places called roosts.

During the migratory months, swallows roost at night in large flocks at traditional roost sites. During the rest of the year, when they are not nesting nor migrating, swallows roost in tree branches, on rock ledges, or in tree cavities. Swallows live in a variety of habitats worldwide, so the places where they nest and sleep can vary depending on the environment. Here are some examples of roosts and nests of some of the most common swallow species:

Swallows are a diverse group, but the above examples give us a general idea of the types of spaces these birds may use for roosting. We recommend you read this other article to learn more about the different types of swallows.

How do swallows sleep?

So far, we have seen that there are so many species of swallows with different sleeping habits depending on things like the environment and whether or not they migrate.

Migrating swallows and other birds such as crows, swifts, and starlings tend to do communal roosting. This means that they tend to gather in large flocks when they sleep.

Swallows congregate at the same time every day because they rely on external repetitive environmental cues such as nightfall or high tide. The birds always return to the same location when the signal reappears when they are not migrating.

Roosting communally is beneficial for many reasons, including:

Other swallow species, however, especially those that do not migrate, do not congregate in large flocks. They usually nest in pairs, alone (when not nesting), or in small groups of no more than ten members.

If you want to learn more about swallows and other migratory birds, check out this other article on Swallows, swifts, and Martins.

If you want to read similar articles to Where Do Swallow Birds Sleep?, we recommend you visit our Facts about the animal kingdom category.

Bibliography
How Do Owls Sleep?
The Difference Between Swallows, Swifts and Martins
Where Do Penguins Live?
Where Do Giant Armadillos Live?
Related categories
Endangered animals
Most read
1.
What Animal am I According to my Zodiac Sign?
2.
What Does It Mean When a Cat Shows Up at My Door
3.
10 Most Beautiful Animals in the World
4.
Examples of Vertebrate and Invertebrate Animals
5.
Why do Dogs Get Stuck when Mating?
6.
The 10 Most Solitary Animals in the World
7.
Differences Between Deer, Elk, Moose and Reindeer
8.
Animals With Scales - Full List
Where Do Peacocks Live?
What Are the Different Types of Swallow Birds? - With Photos!
Where Do Owls Live? - Owl Habitats
Where Do Kiwis Live? - Habitat and Distribution
How Do Fish Sleep?
Do Rabbits Sleep?
Birds That Do Not Fly - Flightless Birds
Do Featherless Birds Exist?

Where Do Swallow Birds Sleep? 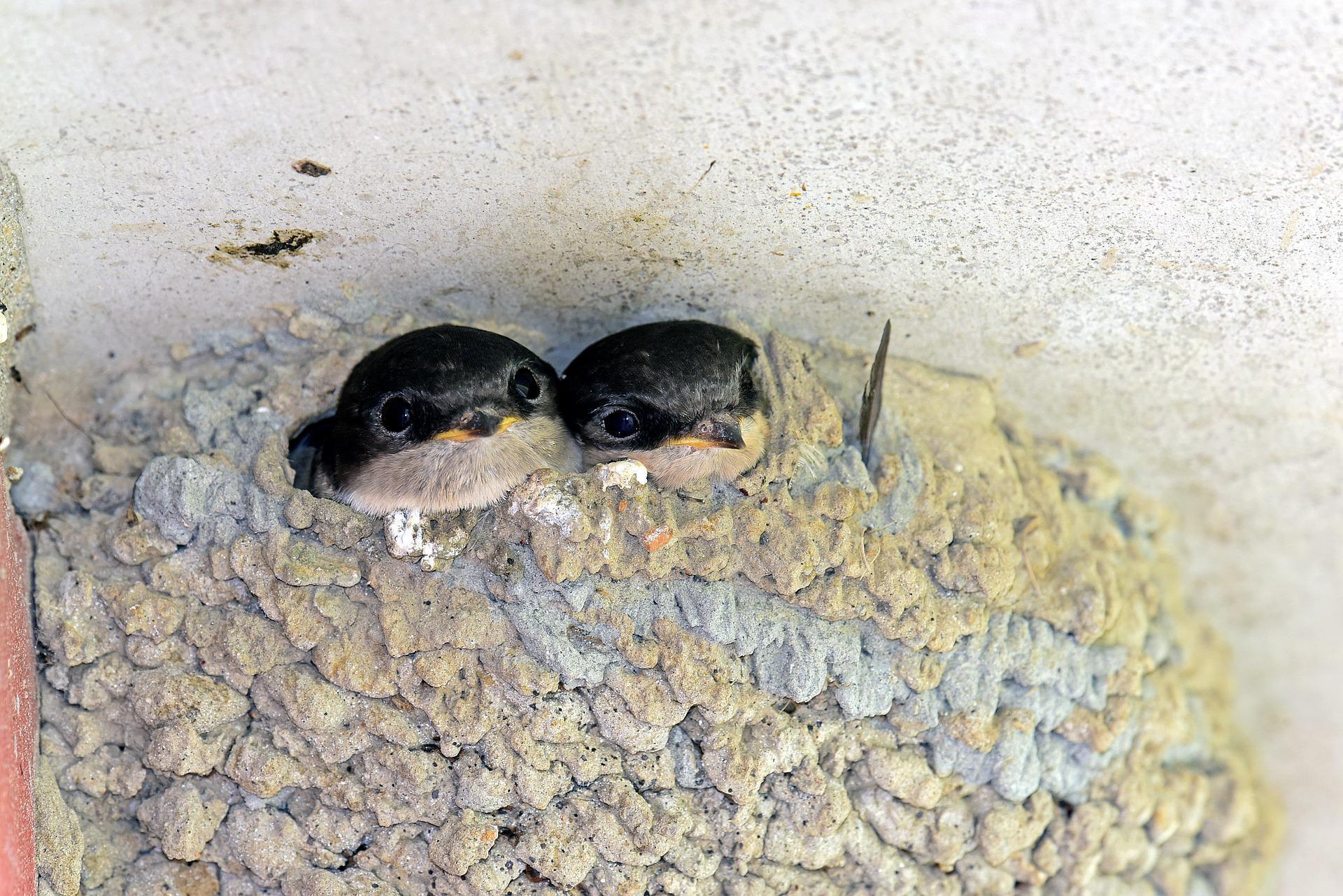 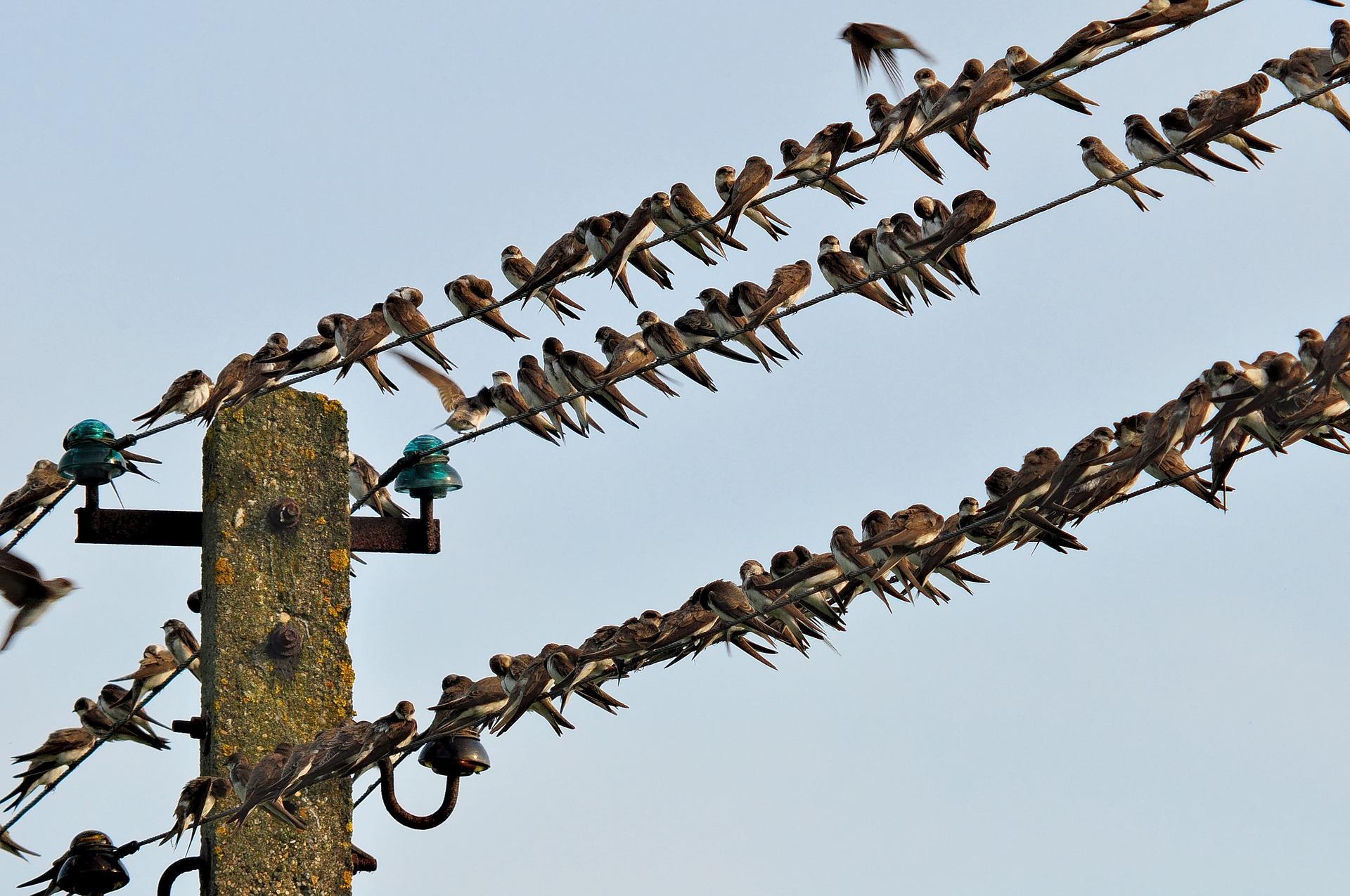 1 of 2
Where Do Swallow Birds Sleep?
Back to top