Why Do Bulls Attack The Color Red? 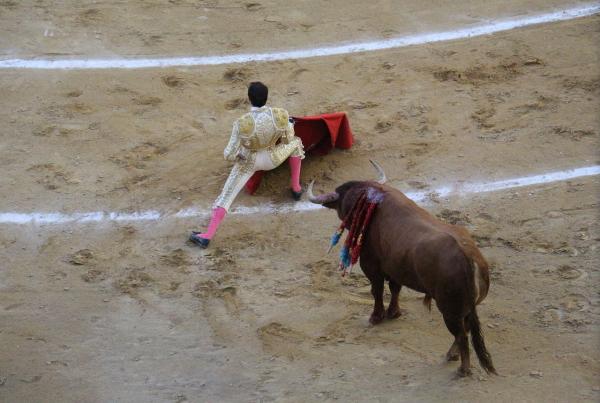 The belief that bulls hate the color red is quite common. This is especially due to the use of this color to aggravate bulls during bullfighting, an outdated and sad practice that unfortunately still takes place. Bullfighting is a common and well-known example of animal abuse, where bulls are often left so badly injured that they die.

Red is supposedly used to ‘‘anger’’ or ‘‘provoke’’ the animal. However, have you ever wondered to what extent this statement is true? Do you want to know why bulls attach the color red? Keep reading this AnimalWised article for more.

You may also be interested in: Why do Dogs Attack Children?
Contents

The bull (Bos primigenius taurus) is a quadruped mammal that belongs to the bovine family. It is characterized by its short hair, robust body and two prominent horns which protrude from its head. It is a herbivorous animal that can weigh more than a ton and measure up to 1,8 meters in length. Together with its companion, the cow, they are considered the most popular breeding mammals on farms.

Bulls have unfortunately also been used, for centuries, as the main attraction in bullfights. Bullfighting has become increasingly unpopular in the world, due to the cruelty and pain that it inflicts. During these bullfighting sessions, the bull is ‘‘toyed with’’ and manipulated with the help of a red capote. The end objective of this practice is to kill the animal with a thrust through the heart.

Due to the evolution of this a cruel-animal sport, the idea that these mammals hate the color red has spread. But how true is this? Keep reading to find out.

Is it true that bulls hate red?

There is a popular belief that bulls hate the color red, but how did this myth originate?

In the unethical practice of bullfighting, the bullfighter stands in front of the bull while moving a red cloak also known as the capote (a rigid layer about one hundred and ten centimeters long). The idea of this ‘sport’ is for the bull to try and charge the cape repeatedly while the bullfighter tries to dodge the bull. In the end, the bullfighter kills the bull with a picador (spear) that he stabs between the bull’s neck, through its heart. Many people believe that bulls charge this red cloth because they hate the color red, but the truth is that bulls don’t actually mind the color.

In addition, the color red does not actually influence the bull’s behavior. So you may ask, why do they ram this red cape if it has nothing to do with the color? The answer is quite simple: they do it because the object attracts their attention when they are agitated. This happens when the bull feels confused, threatened and is stressed due to it being surrounded by excessive noise.

This aggressiveness is also influenced by the bull’s genetics. Fighting bulls are genetically selected in their breeding, where only the strong, aggressive and ‘‘brave’’ bulls are chosen for reproduction.

Why do bulls ram?

This species is incapable of comprehending smooth or slow movements, but it does perceive sudden and rapid movements. In addition, by instinct, bulls associate these movements with danger. Therefore if a fabric is violently agitated and shaken in front of a bull, it naturally provokes a strong reaction. This strong reaction causes the ‘‘brave and agitated’’ bull to face and attack the immediate threat.

How do bulls perceive color?

Bulls are able to perceive different colors. However, they do not differentiate them in the same way as humans do. Their vision is developed enough to be able to observe the world in a clearer way. Thanks to this intelligible observation, they can calculate distances and distinguish reliefs.

Bulls are short-sighted, making it difficult for them to observe things that are far away. With respect to the perception of tones, bulls have two types of visual cones unlike humans, who have three. This means that bulls perceive long to medium wave colors. These colors include: orange, red, yellow and greenish yellow. However, they cannot distinguish short wave tones, such as blue, gray and some greens.

Bulls also possess a third eyelid known as the tapetum lucidum. This tissue is located in the back of its eye and is responsible for capturing light from the outside, increasing the capacity of photoreceptors and, therefore, improving vision in low light conditions. For this reason, a bull’s eyes will shine if in contact with direct light at night.

Below, we present you with a picture of Christophe Thomas, who rescued a fighting bull to show the world that they are not inherently aggressive. The Fadjen Association aims to show how bulls and humans can have good relationships. This association aims to protest the unethical practice of bullfighting.

If you want to read similar articles to Why Do Bulls Attack The Color Red?, we recommend you visit our Facts about the animal kingdom category.

What is the Story of Nandi the Bull?
My Dog's Nose is Changing Color
The Most Dangerous Animals in Australia
Why Can a Chameleon Change Color?
Related categories
Endangered animals
Most read
1.
What Animal am I According to my Zodiac Sign?
2.
Are There Venomous Spiders in the UK?
3.
What Does It Mean When a Cat Shows Up at My Door
4.
10 Most Beautiful Animals in the World
5.
The 10 Most Solitary Animals in the World
6.
10 Smells that Attract Cats
7.
Differences Between Deer, Elk, Moose and Reindeer
8.
Most Common Cat Eye Color and Their Meaning
20+ Animals That Change Color
Why Do Some Cats Have Different Colored Eyes?
How Often Do Wolves Attack Humans?
People Are Afraid of my Pit Bull: What Can I Do?
Why Are Hippos Dangerous? Hippopotamus Attacks
10 Myths About Pit Bulls
5 Fun Facts About the Red Panda
What is the Difference Between an Ox and a Bull?

1 comment
Rating:
Matthew Hanna
28/07/2021
WOW! The bulls get injured and are just left to die? 😞 how sad an why are some people just so cruel to others an wow that is just so cruel an cold hearted but ya know what hey money can just do that to some people an that goes against like my number one #1 all time true favorite saying witch is live an let live an the only question that I have for those people is how can you get joy from doing such is cruel thing? By ending another ones life yes it may not be as important as another person or a human being but harming a animal just to get joy ... WOW! How disappointing 😧😞👎 an yes in away though it can be just as cruel as harming another person just in different eyes 😨😫
Why Do Bulls Attack The Color Red? 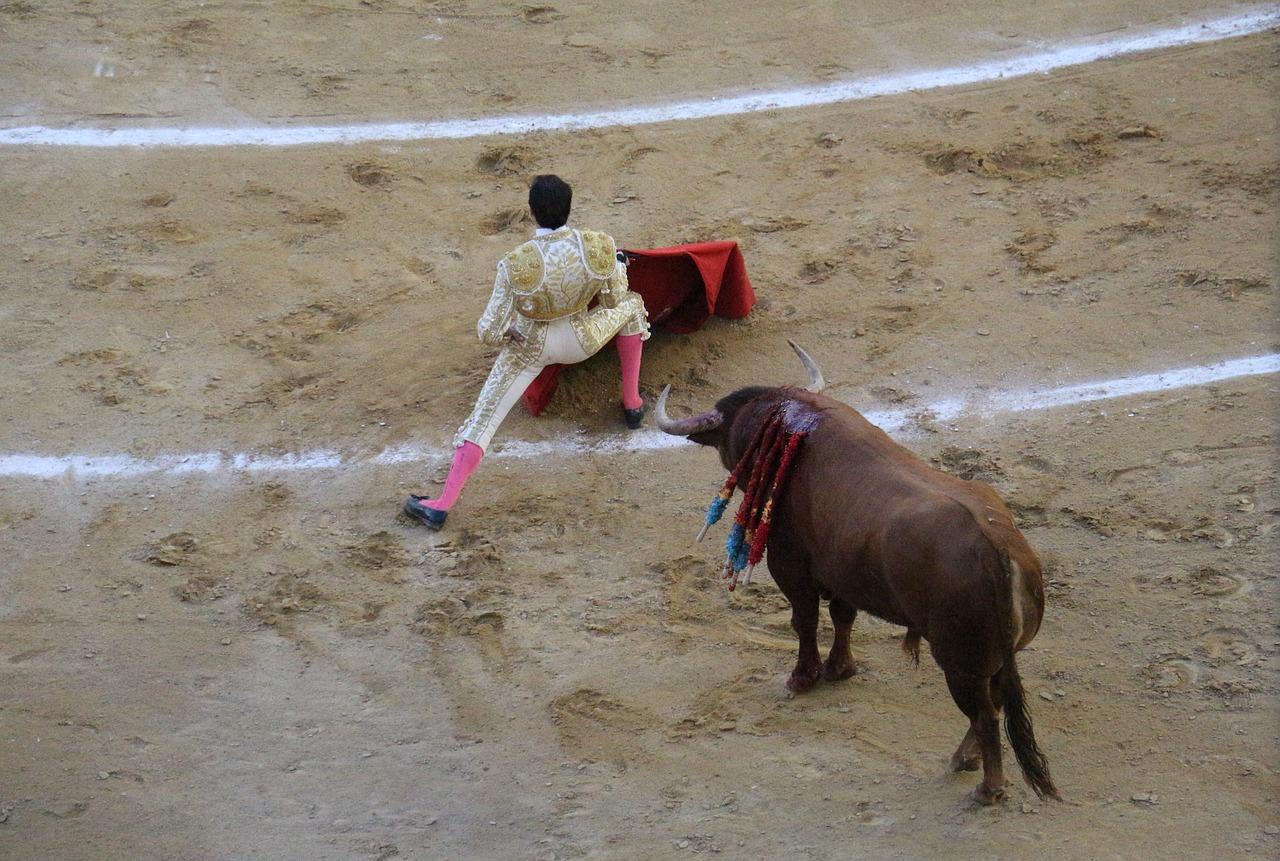 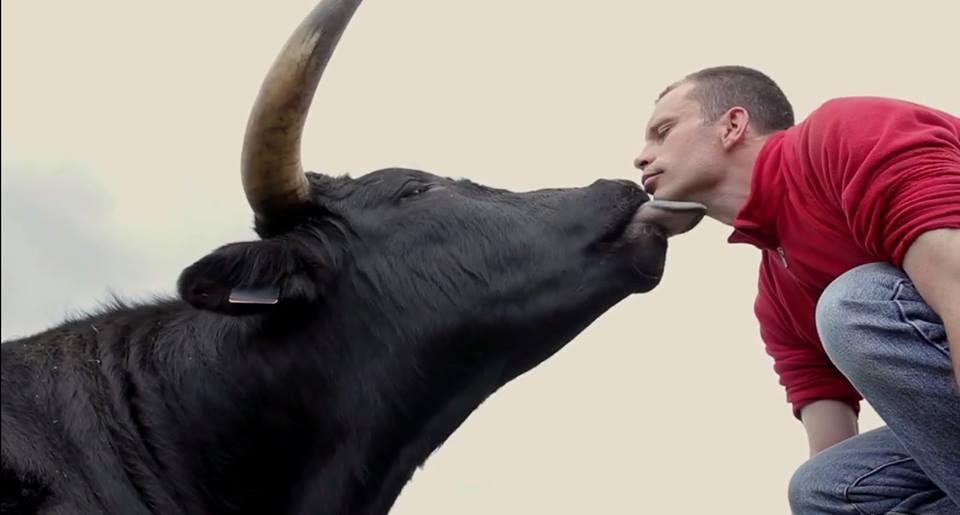 1 of 3
Why Do Bulls Attack The Color Red?
Back to top