Do Bulls Feel Pain in Bullfighting?

The pain suffered by a bull in the bullfighting arena is a controversial topic between bullfighting enthusiasts and those who claim that it is a tradition that should be ended because it involves animal suffering. For pain to occur, first, there must be an unpleasant stimulus. Second, a signal that can be processed and transmitted in a nervous system. Like all other mammals, bulls have a nervous system with nociceptors, the neurons that are specialized to perceive pain. So they are not physiologically exempt from feeling pain, as many claim.

In the following AnimalWised article, we examine whether bulls feel pain in bullfighting, and if so, if it's the same as ours.

You may also be interested in: Do Insects Feel Pain? - Studies on Bug Pain Perception
Contents

In bullfighting, a bullfighter attempts to subdue, immobilize, or kill a bull according to certain rules, guidelines, or cultural expectations.

There are several variations, including those in which a person dances around or jumps over a cow or bull or tries to grab something by its horns. The best known form of bullfighting is Spanish bullfighting, which is practiced in Spain, Portugal, and some countries in Latin America.

Bullfighting is controversial for a number of reasons, including animal welfare, funding, and religious beliefs. There are some forms of bullfighting that are considered blood sports, but in some countries, such as Spain, they are considered cultural events or heritage.

The International Association for the Study of Pain defines pain as an unpleasant sensory and emotional experience associated with or described as actual or potential tissue damage.

The pain that animals experience is unique to each individual. In other words, pain is subjective. Not only because each of us has a different pain threshold, but because pain is not only a physical symptom, but can also be psychological, social, and therefore affects the natural behavior of animals.

The biological significance of pain lies in the prevalence of the individual. Painful sensations activate areas of the brain that can lead to attack, flight, or avoidance of the pain-provoking stimulus.

Because nonhuman animals cannot communicate verbally, it can be difficult to diagnose how severe their pain is. But they have the same or very similar neural patterns that perceive pain, identical neurotransmitters and similar receptors as the human species.

There are different ways to classify pain, but almost all scientists agree on these types:

Now that you know how pain is categorized. Have you ever wondered if insects can feel pain? Read on in our other article about studies on insect pain perception.

Does the bull feel pain?

The Spanish fighting bull is an Iberian heterogeneous cattle population. It is bred exclusively in free range on extensive areas in Spain, Portugal, France, and Latin American countries where bullfights are held.

These bulls have a number of peculiarities that make it practically impossible to compare them with other animal species or breeds. It is bred to show bravery, courage, and strength in battle. All this requires special selection and treatment by breeders, specifically tailored to these animals, based on the long experience of breeders who have selected them for generations. For this reason, in studies of bull suffering, it is very difficult to distinguish whether the animal's behavior is due to pain or stress.

It is undeniable that these bulls experience pain, strain, fear, anger, or anguish during their last futile struggle, regardless of their special breed characteristics. The bull may not feel these emotions the way we do, but the sensation of pain must be comparable to that of humans. The bull has identical receptors, neural pathways, neurotransmitters, and similar brain areas for processing pain.

In addition, like all mammals, these bulls have sensory cortex, limbic system, insula, cingulate, endorphins, and other brain appendages involved in pain perception. They also exhibit comparable behaviors such as avoidance, gesturing, crying, conditioning, and other non-linguistic expressions in response to painful stimuli.

It is important to remember that bulls are herbivores, and it is in their nature to run away from danger rather than face it. Being cornered is already a tremendous psychological stress for them, with the suffering that comes with it. Stress affects blood pressure, the immune system and the delicate digestive system of a ruminant like the bull.

The conclusions that can be drawn from these studies are, first, that the pain suffered by the bull during the fight is a somatic pain, since the organs affected are the skin, muscles, joints, ligaments, and bones. Moreover, it is an acute type of pain, since the nociceptive nervous system is activated.

In other studies, measurements of various hormones, such as cortisol, were used to understand what the bull experiences in the ring. When the bull entered the ring, the concentrations of these hormones were very high; however, they decreased rapidly. The study shows two things: that the bull enters the ring with a high level of stress, but that it is able to adapt quickly to that stress.

You may be interested in this other article, where we explain the difference between an ox and a bull.

How does the bull adapt to pain and stress?

Recent studies have shown that the bull is endocrinologically different from other animals and responds better to stress. This does not mean that the animal does not suffer, but it has a higher pain sensitivity threshold. This is because when the bull is stressed, it not only secretes certain stress hormones, such as adrenocoricotropic hormone and adrenal hormones, but also betaendorphins. Betaendorphin is an opiate produced naturally in the body and is the hormone responsible for blocking the pain receptors (nociceptors) at the site of pain until eventually the pain is no longer felt.

The bulls are transported to the bullring in tight, cramped crates loaded side by side on a truck. Their journey is only the beginning of an extremely stressful ordeal. The trip often goes a long way, and it can get very hot in the truck. This could explain why stress levels are highest when the bull is on its way to the bullring and gradually decrease when the bull enters the bullring, since there is no pain and betaendorphins are not released.

Although the bull has evolved to feel less pain in the bullring, this does not mean that it does not suffer. The most common type of bullfighting is the "corrida española" (Spanish-style bullfighting), in which the bullfighter and his helpers provoke the bull in certain ways, stabbing it with various weapons until the bull is killed or mortally wounded. The bull is gradually weakened by repeated stabbings until it is so weak that the bullfighter can kill it.

In the killing, the dagger is thrust into the neck of the bull. However, this does not always end the bull's suffering. In more than 91% of bulls, reactions of the brain and spine occur after the application. Once the bull is dead or immobilized by the sword or dagger, it is dragged out by mules, other animals exploited in bullfighting.

You may be interested in this other article, where we explain why the bull attacks the color red.

If you want to read similar articles to Do Bulls Feel Pain in Bullfighting?, we recommend you visit our Facts about the animal kingdom category.

Bibliography
Why Do Bulls Attack The Color Red?
Can Dogs Feel our Pain?
Do Dogs Have Feelings?
What is Jallikattu and Where is it Held?
Related categories
Endangered animals
Most read
1.
What Animal am I According to my Zodiac Sign?
2.
What Does It Mean When a Cat Shows Up at My Door
3.
10 Most Beautiful Animals in the World
4.
Examples of Vertebrate and Invertebrate Animals
5.
Why do Dogs Get Stuck when Mating?
6.
The 10 Most Solitary Animals in the World
7.
Differences Between Deer, Elk, Moose and Reindeer
8.
Animals With Scales - Full List
Why do Horses Neigh?
10 Myths About Pit Bulls
People Are Afraid of my Pit Bull: What Can I Do?
The Psychology of Animal Cruelty
Do Cats Have Emotions? Are They Able to Have Feelings?
The Most Dangerous Animals in Australia
Are Pit Bulls Dangerous?
What is the Story of Nandi the Bull?

Do Bulls Feel Pain in Bullfighting? 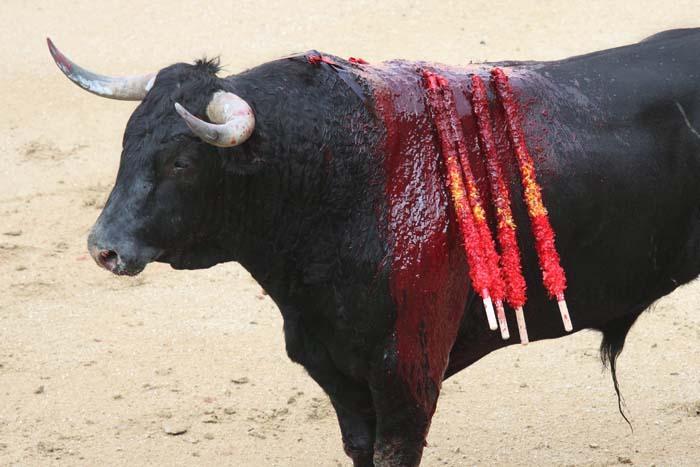 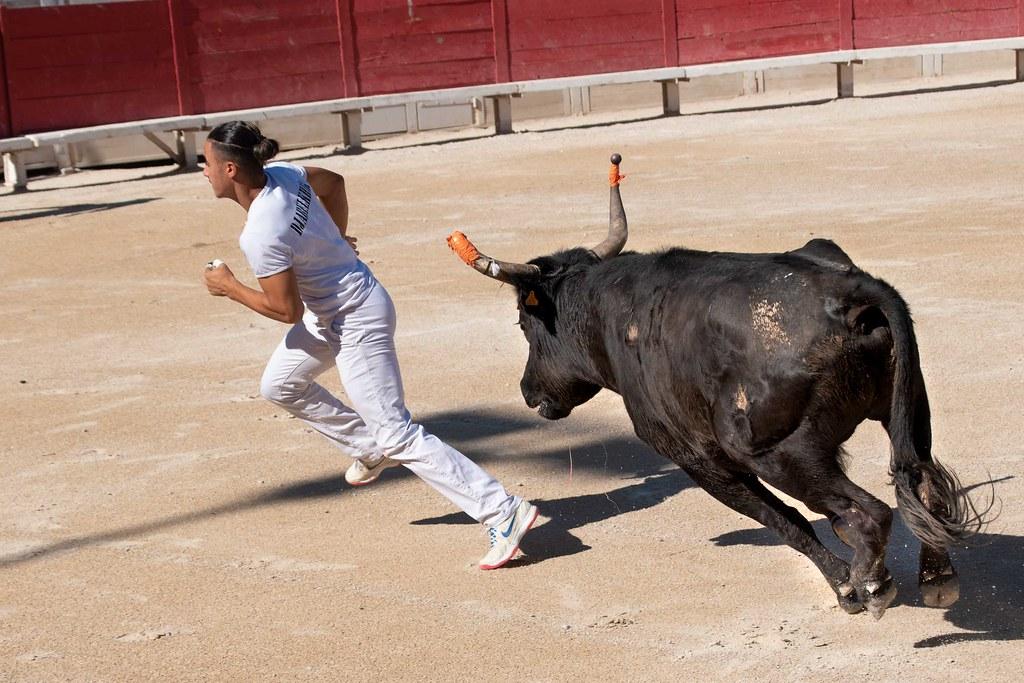 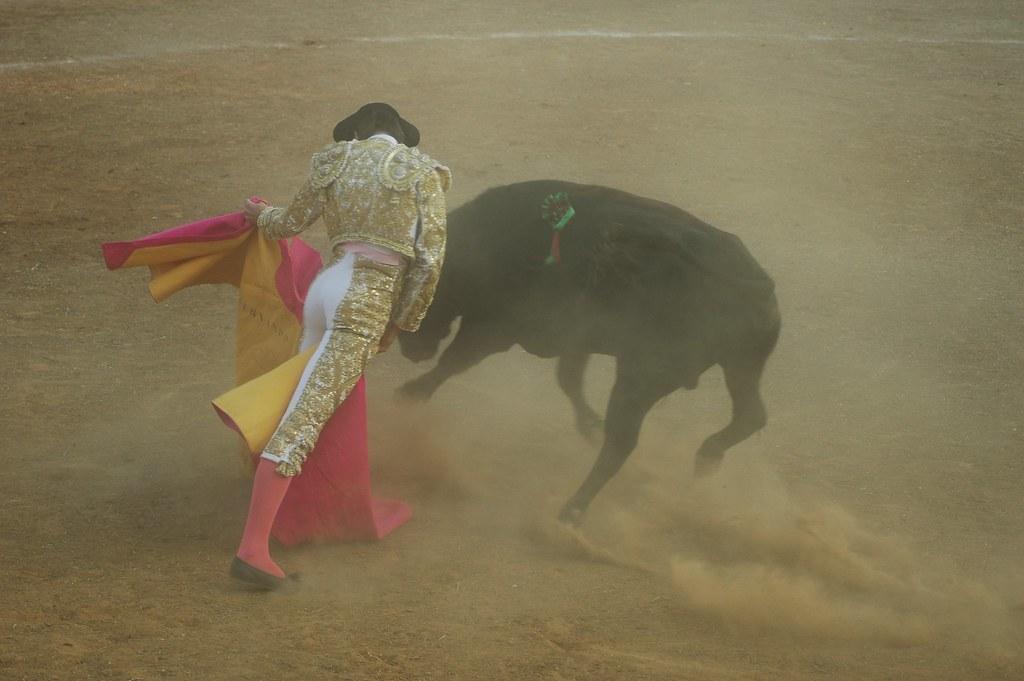 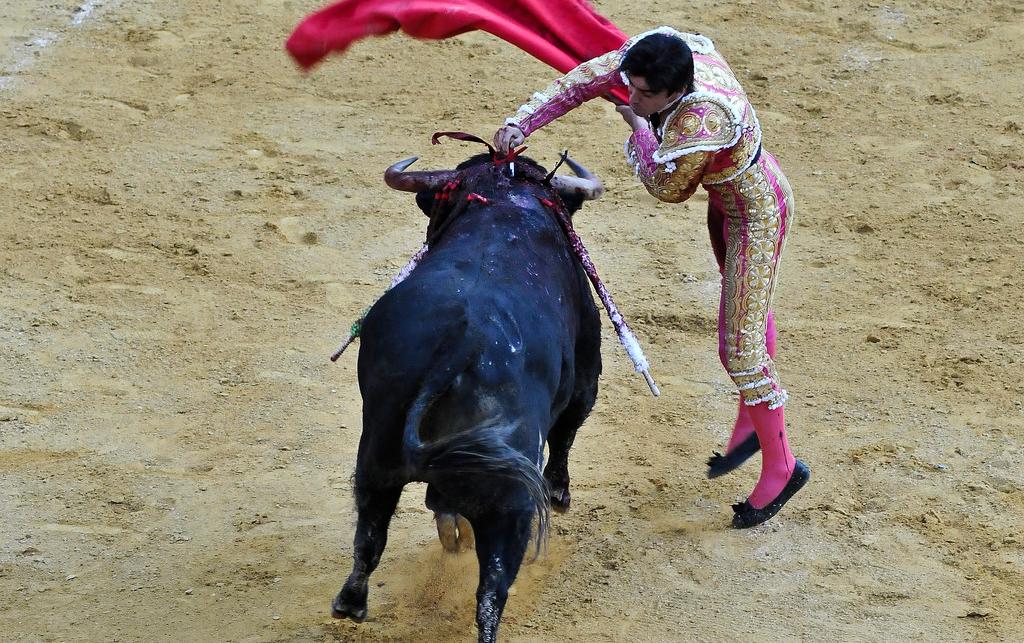 1 of 4
Do Bulls Feel Pain in Bullfighting?
Back to top