Why Do Dogs Put Their Ears Back When Petting Them?

By Eduarda Piamore, Expert in canine and feline psychology, education and training.. May 22, 2022

We often wish our dog could simply communicate with us using words. Although they are non-verbal, dogs communicate everything we need to know about them. We simply have to pay attention. Body language and other physical signals are used to convey their wants, mood and emotions, but not all are as obvious as each other. For example, snarling angrily is a more obvious signal than a slow wag of the tail. The movement of our dog's ears are particularly important in terms of communication as they are such expressive physical features. Unfortunately, this can sometimes also make interpretation difficult.

At AnimalWised, we look at one specific type of ear movement in dogs by asking why do dogs put their ears back when petting them? By answering this question, we can find out about a dog's mood, relationships and even their health.

You may also be interested in: Why Do Dogs Kick Their Back Legs When You Scratch Them?
Contents

When a dog is trying to convey information, they will use various signs and signals which are at their disposal. They can make vocalizations such as barking, whining and even growling. However, much of their communication is based on non-auditory signals. Their ears are particularly expressive and their movement is easily understood by other dogs.

Not all dogs have the same types of ears. Certain dog breeds were crossed to result in dogs with different physical characteristics, including a specific ear-type. For example, Basset Hounds have very distinctive long drooping ears which contrast starkly to a Chihuahua's short and erect ears. Although the movement of the former can be more difficult to discern, dog ear movement usually conforms to the same principles. Examples include:

As we have explained, each dog has unique ears with special characteristics. We must be able to differentiate a relaxed position the animal adopts when they are calm from when they are trying to communicate. This is something we can see when dogs put their ears back, something we explain in more detail in the following section.

It is also vital we look at the context of the circumstance to best interpret what they are trying to tell us. If the dog is in a stressful situation, it is more likely their ear movement will reflect their environment. When the situation is more relaxed, a similar signal can have a different interpretation.

Some of the body language dogs use is known as ‘calming signals’. These are signs the dogs use when they feel threatened by someone or something. They are important signals which need to be respected as they can lead to aggression if the dog feels sufficiently threatened.

If your dog is constantly making calming signals, it means they are either stressed or suffering from a health problem. They feel threatened and insecure, something which can lead to aggression. You will need to take them to a veterinarian or canine ethologist to asses their physical and emotional well-being.

Why dogs put their ears back when petting

When we want to know why a dog is putting their ears back when we pet them, the same caveats apply. We need to look at the context of the situation, the state of well-being of the dog and any other pertinent factors.

If we are on the sofa and the dog has laid down beside you, you may see them put their ears back when you pet them. This allows you to continue petting them down the neck and to their body. It is a sure sign the dog is relaxed and completely secure around you. In this case, the calming signal is one which indicates well-being, contentment and pleasure.

Conversely, we can find situations where flattened ears can mean something else. One example is when meeting a dog for the first time. If you approach them and they step back from you, but you are able to pet their head, they may put their ears back out of trepidation. It doesn't necessarily mean they are scared, simply that they are cautious around someone new.

On all occasions, we need to be careful to ensure we observe closely for any changes in their body language. This is especially the case if the dog is being skittish or withdrawn. If a dog not only puts their ears back when we pet them, but also crouches down and puts their tail between their legs, their posture indicates fear. It could be due to how we are petting them or some other reason, but we need to stop.

We need to ensure we do not pet the dog inappropriately. This will depend on the individual, but there are some parts of the body dogs prefer to be petted over others. We shouldn't interrupt their rest just to pet them or force petting at any time they do not want it. Generally, you will need to establish a bond with the dog. This requires respecting their animal welfare, learning their personality and taking care of their practical and psychological needs.

Getting to know our dog's ears better

As stated above, not all dogs have the same type of ears. They can be of varying sizes, shapes, colors and amount of hairiness. They are fascinating and each dog will have their own relationship to their ears, something we need to respect.

Here, we look ar some facts about the ears of dogs to help us know how to best provide this level of respect:

With this context in mind, we want to end by stressing the importance of not cropping dog ears or docking their tails. Proponents of these practices claim they provide benefits, many of which are historically related to hunting and even dog fighting. These supposed benefits are either non-existent or completely insufficient when compared to the negative consequences. It is banned in most of Europe and many other countries, but is not illegal in most of North America.

By cropping the ears of dogs and docking their tails, it makes it more difficult for us to discern their communication. It is also unnecessary mutilation which can hinder their hearing. 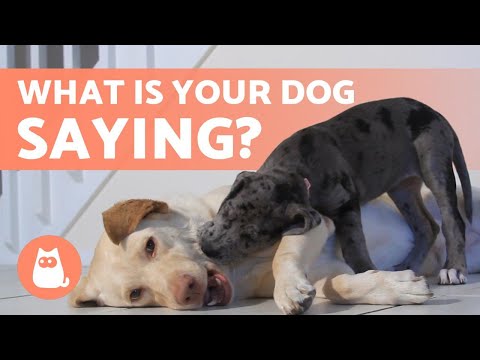 If you want to read similar articles to Why Do Dogs Put Their Ears Back When Petting Them?, we recommend you visit our Facts about the animal kingdom category.

Why Does My Cat Bite When I Pet Them?
Why do Cats Raise Their Tail When Being Petted?
Why do Dogs Tilt their Head When we Speak?
When Do Puppies Open Their Eyes Fully?
Related categories
Endangered animals
Most read
1.
What Animal am I According to my Zodiac Sign?
2.
10 Most Beautiful Animals in the World
3.
What Does It Mean When a Cat Shows Up at My Door
4.
The 10 Most Solitary Animals in the World
5.
Top 10 Smells Dogs Hate
6.
Why do Dogs Get Stuck when Mating?
7.
How Many Types of Lions Are There?
8.
My Female Dog In Heat Won’t Accept A Male - Causes
Do Cats Come Back When They Run Away?
Why Does My Cat Meow When I Pet It?
Why do Dogs Shake Their Bodies?
My Rabbit Keeps Kicking Their Back Legs
Why Do Cats Not Like Their Belly Scratched?
When Do Dogs Lose Their Baby Teeth?
Why Do Dogs Lick?
Why is My Dog So Excited When I Get Home?

Why Do Dogs Put Their Ears Back When Petting Them? 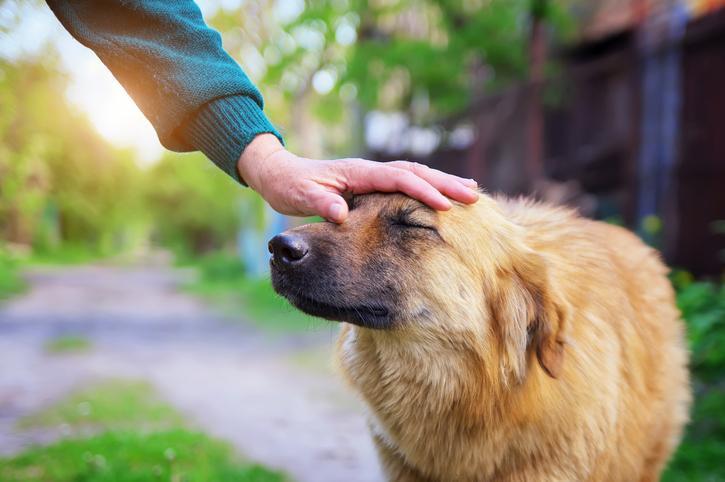 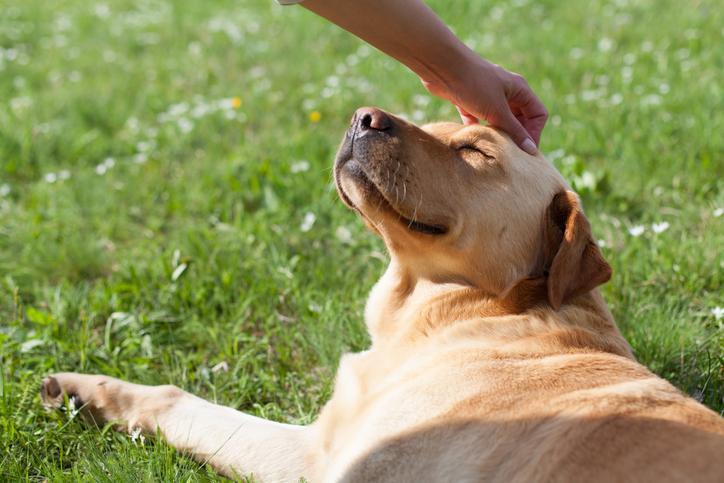 1 of 2
Why Do Dogs Put Their Ears Back When Petting Them?
Back to top