10 Things Cats are Scared Of

Cats have a reputation of being frightened easily. So much so it has lead to the phrase ‘scaredy-cat’. However, some of the things that scare cats the most might be something you haven't considered before. You may be unaware you have been scaring them which has lead to cat anxiety. This is why AnimalWised brings you 10 things cats are scared of, so that you can try to prevent them disturbing your furry pal. Some of them might be unavoidable, so we'll also show you how to can reduce their fear in certain situations.

Before we bring you these things which scare cats, we should state this isn't a manual of how to scare a cat. Cats can be timid and frightened easily. Scaring them on purpose will not only heighten this anxiety, but it will threaten their overall well-being and can weaken the bond you share with them. It is also important to note that not all cats are equally scared by the things on this list. Some may even love the things which normally frighten other felines. This stresses how important it is to get to know the personality of your cat.

Water is something many cats hate. Even if only a few drops fall on their body, it can lead to a massive freak out. It might seem like an odd reaction to an animal which loves to be clean, but their fear of water may have something to do with their wild ancestry. Although most cats are capable of swimming, many choose not to and will be unaccustomed to it. This can lead to panic and even drowning.

While cats are very clean animals, there are times when they may need a bath. This could be if they have become particularly dirty by the elements, if something toxic has fallen on their fur or if they have had an injury. In these instances, you will need to ensure they are made to feel as comfortable as possible. Introduce the water slowly and reassure at every point with positive reinforcement. It is best done as a two person job and remaining calm is essential.

While few cats will enjoy going into water freely, some breeds of cat are well-known for enjoying a little water interaction without fear. Maine Coon, Siamese and Bengal cats often enjoy interacting with water and may even paddle about in shallow baths when the opportunity arises.

Did you think only dogs were sensitive to strong smells? Canines have an incredible sense of smell and it is true it is better than feline olfactory responses. However, this doesn't mean cats aren't sensitive to smell. They pay attention to the scents in their environment and will respond to various pheromones intensely. Some smells, such as that provided by catnip, cats will love. However, the amount of pleasure they get from smells they like can be countered by the amount of fear they experience due to smells they hate.

Certain strong odors are particularly unpleasant for cats. These include vinegar, onions, gasoline, certain alcoholic beverages, citrus fruits and others. Some cats are so sensitive, even the lingering scent in the air can make them fearful. However, this is not always the case. Some cats may be interested in the smell of a lemon and even have a few licks.

Cats are very independent animals. This doesn't mean they don't love affection and want to spend time with their human companions. It does mean that if they don't want some attention, it is nearly impossible to force it upon them. The relationships we have with our cats is a progression. It can have its ups and downs. Just because they like us one day, doesn't mean we can't do things to harm this relationship.

One of the things which can scare cats the most is when we try to hug them. A little soft embrace while they are lying down is usually tolerated. However, if you try to grab them and hug them tightly, most cats will not see this as a sign of affection. They will think they are being restrained and will become scared you want to hurt them. Felines have different ways of communicating than humans, so it is important for us to learn their language and understand they will have trouble identifying our meaning.

When we think of what scares a cat, sometimes it will be something not dissimilar to what scares people. While we may have the ability to work out whether a stranger is a threat, there are some signs which might make us cautious. Cats are a much smaller animal than humans and, therefore, have some reason to be trepidatious. They bond with their family because they know we will provide food, water, shelter, care and, importantly, are unlikely to harm them.

With strangers many cats will not feel the same confidence. They may not run away immediately, but many will stop in their tracks out of fear or apprehension. Also, some individuals may come across as more intimidating than others. This could be due to body posture, smell or any number of reasons known only to the cat. Like others on this list of things which scare cats, some felines are very friendly and will approach strangers without fear. We would suggest these cats are in the minority.

Cats have well-developed senses and their hearing is generally quite adept. An acute sense of hearing is needed for their time spent outside. In the wild, cats are often solitary animals and will need to stay alert in case predators approach at a vulnerable moment. This means they are sensitive to general noises in their environment.

As cats do not quite understand all the modern conveniences of human life, there are many things in the home which can scare them with sound. Firecrackers at Halloween, vacuum cleaners, storms, horns and anything else which can create a loud unexpected noise. To be fair, these are all noises which can scare us if we are not expecting them. It is just important to remember that cats are often at a greater constant state of fearfulness, so we need to be extra careful around them. Here are some specific sounds cats hate to avoid.

Cats are creatures of habit. They love to have a routine and stick to it. They eat, sleep, play and then repeat. Disturbing this routine can make them scared. It may not be the kind of jumping scared you see in YouTube videos. It's more insidious. They become fearful that something bad is going to happen to them.

For example, if you change their dinnertime to a different part of the day, they may become anxious that they will not be fed. If they don't eat, they don't die and the idea can frighten them. However, it is usually the bigger changes in routine which cause the most fear. This could be a new addition to the family, moving to a new home or even starting a new job.

Whether it's a noise, a stranger or a smell, cats don't like surprises. They are particularly frightened of them. However, there are many GIFs and YouTube videos which show some surprising surprises. One of the most common is placing a cucumber next to a cat and watching their exaggerated responses. We think of cucumbers as being quotidian objects which don't seem in any way scary. To a cat, their size, texture, color and shape might resemble that of a natural predator such as a snake or other reptile. If they see a cucumber and don't expect it to be near them, they might think they are about to be attacked.

There are other fruits and vegetables which can create a similar shock for the cat. Courgettes, squash and bananas are just some of them. In general, scaring your cat in this way is mean and can create unnecessary anxiety, so you are best advised to leave these objects in the fruit bowl where they belong.

When we see balloons at a party, our initial thought might be these are colorful, fun and happy objects. To a cat, they may be scary airborne rubber monsters. When a balloon is inflated and subject to the air currents in a room, it can move about. To a cat this can look like a living creature. More than that, a flying living creature. If they see the balloon hovering over them, the cat might think this is an animal about to attack.

As with some other scary objects to cats, the balloon can provide a nasty surprise. A cat's claws might be good at deterring a more conventional predator, but when they stick into a balloon the ensuing pop can cause quite a fright. This is particularly the case if they are already quite a skittish cat.

The phrase ‘fighting like cats and dogs’ exists for a reason. Many cats and dogs get along great, but it is rare this happens immediately. Rather, cats and dogs which are socialized together early can grow to be best buddies. This is process needed to help each other realize neither is a predator and they do not have to compete for resources as they might in the wild.

If a cat sees a dog they do not know or misinterprets a playful dog's intentions, it can cause quite a fright. Even cats and dogs which normally get along might have exchanges which can frighten the other. Positive reinforcement and a safe environment are the best ways to help them get along without a scare.

In the wild, predators will give looks which show they are about to attack. They might be similar to the looks Border Collies give sheep as they are herding them. If we stare at our cat, then we can give them a fright. The fear they feel is because they might think you are stalking hem or trying to engage in a fight.

However, a cat will not necessarily be frightened simply because you look into their eyes. It has everything to do with your body posture and facial expression. If you look intimidating, you may frighten the cat. If you look loving, imploring and gentle, they will likely feel reassured.

If you want to read similar articles to 10 Things Cats are Scared Of, we recommend you visit our Facts about the animal kingdom category.

1 comment
Rating:
Nicole Ruest
10/06/2022
I have a cat named Merlin and whenever I do my laundry out in the hallway he meows. Merlin loves to bring his favorite teddy bear to my bedroom and whenever I am home .
10 Things Cats are Scared Of 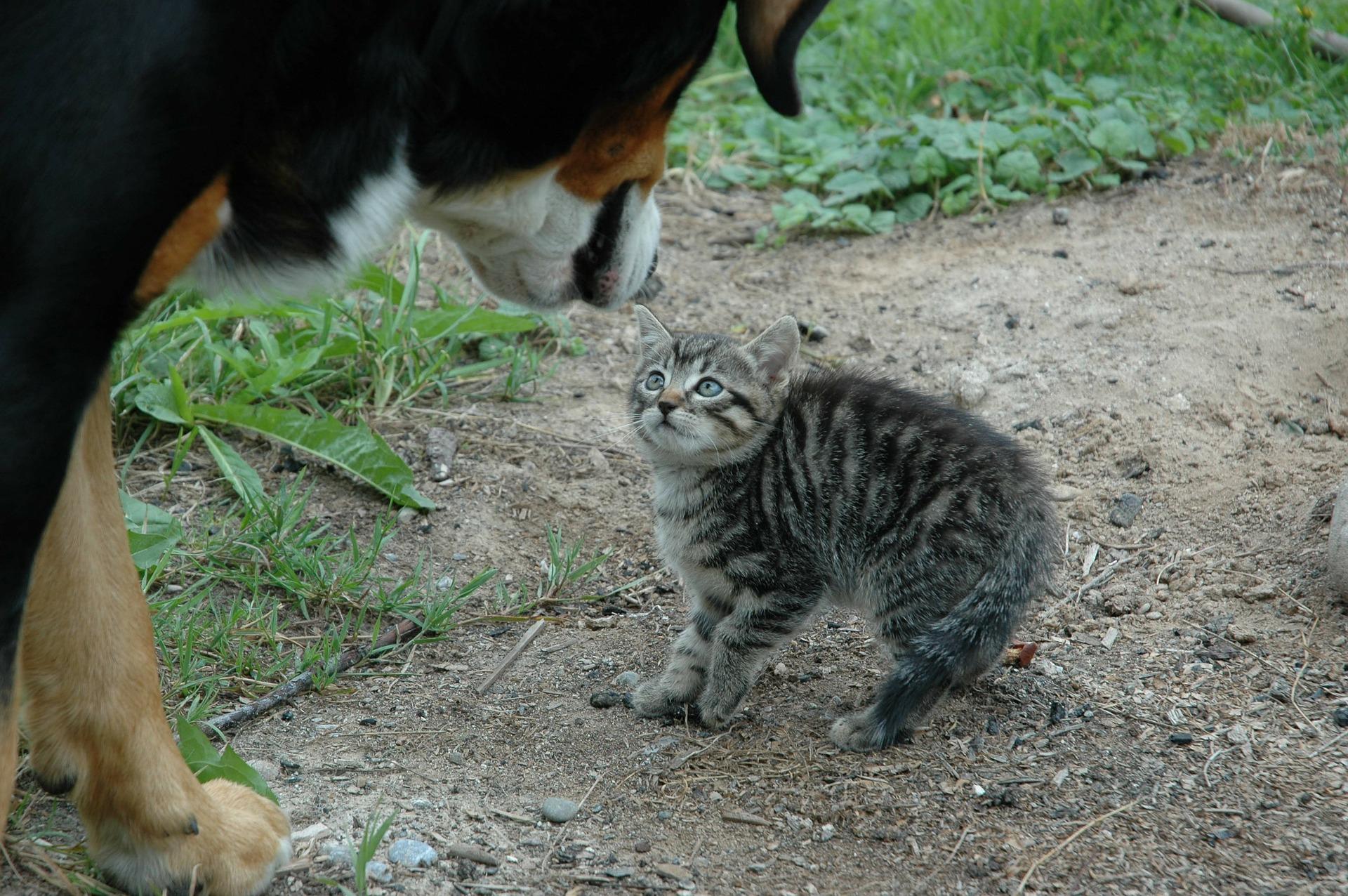 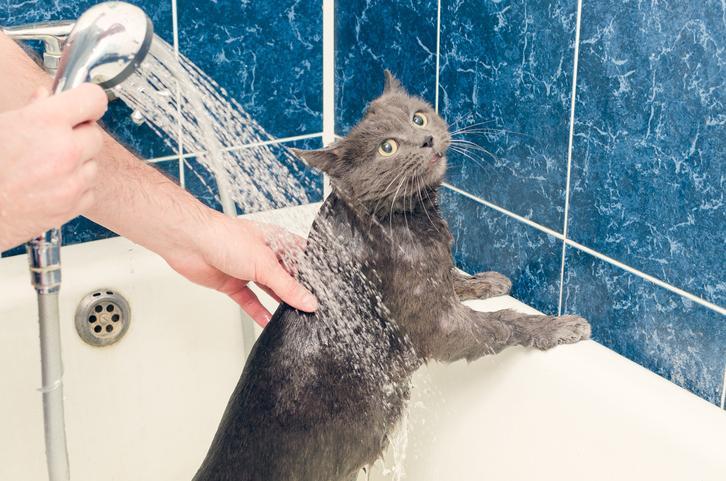 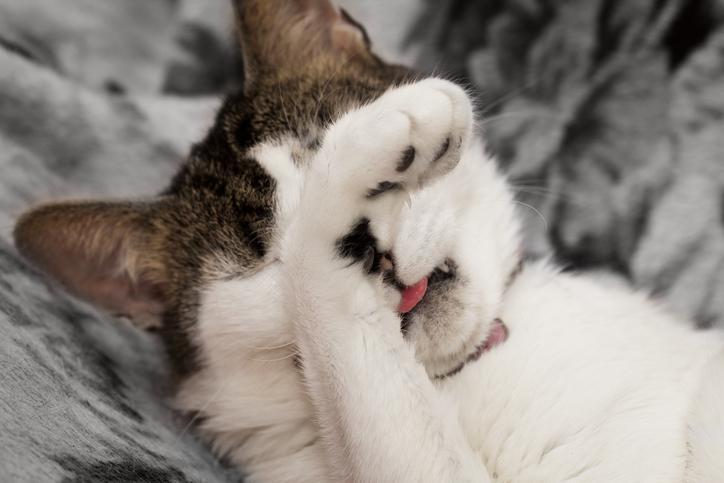 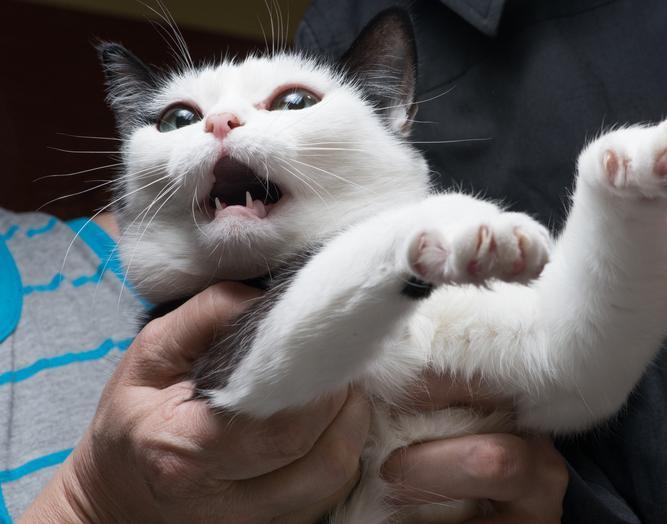 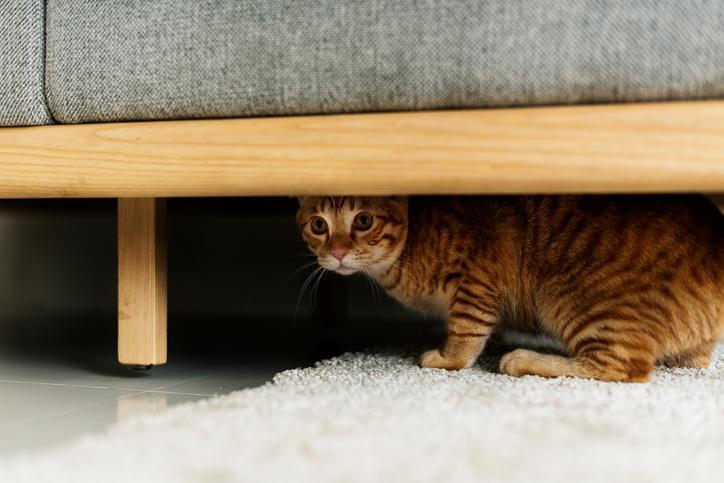 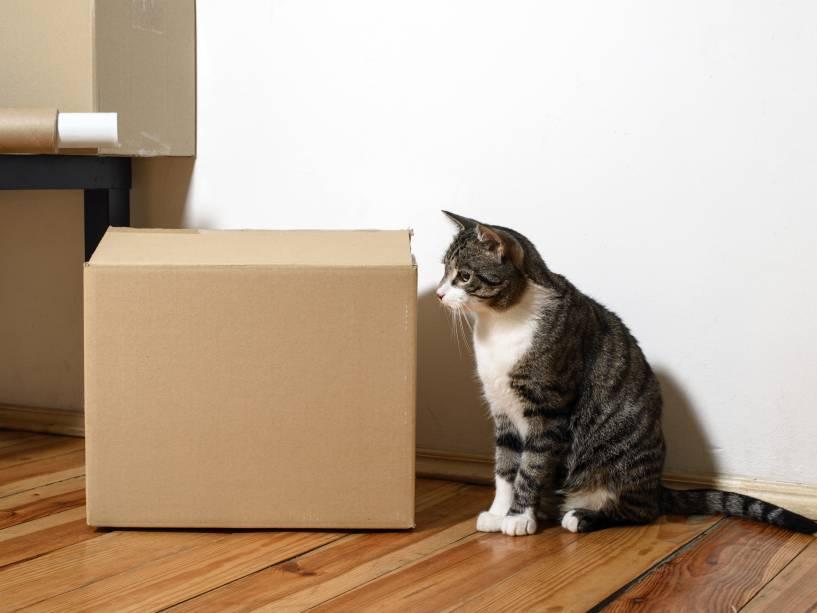 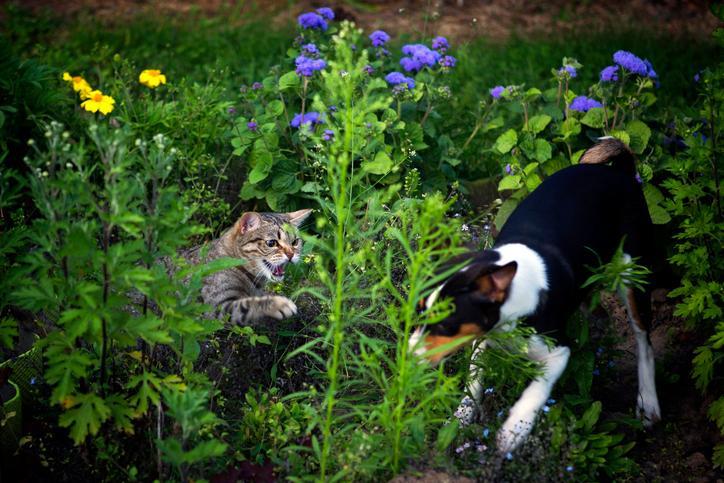 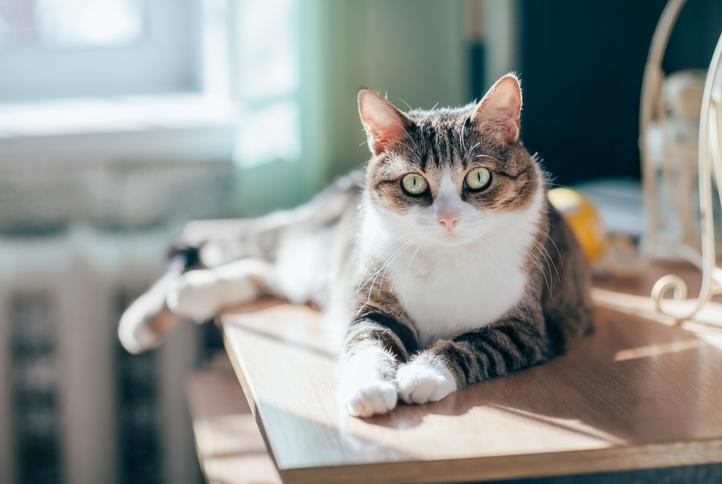