Sea urchins are small sea creatures with spiked skin. If you ever wondered what they are or what types of sea urchins there are in our mysterious oceans, you've come to the right place!

You may also be interested in: Types of Sea Turtles
Contents

What are sea urchins?

Sea urchins (Echinoidea) are sea animals found from intertidal water to the deep ocean. They are known for their globe shape and spiked skin. Like other echinoderms they have five-fold symmetry (called pentamerism) and move by means of their tube feet.

Sea urchins mostly feed on algae and small animals. They have a special chewing apparatus with which they can scrape organisms stuck to the surface over which the urchin is moving.Of the approximately 950 species that exist, there are two types of sea urchins:

Within the regular sea urchins, that is, those with a spherical body and full of spikes, the most common species are the following:

This species, also known as sea chestnut, is one of the most common sea urchins in the Mediterranean Sea. They are also present in the Atlantic Ocean, where they inhabit rocky bottoms and sea meadows. It's common to see them at depths of up to 30 meters.

The common sea urchin is capable of breaking soft rocks with their spines, and then getting into the holes they made. Their spherical body measures about 7 cm in diameter. They can also be of a wide range of colors, from brown to greenish, blue, or even purple tones.

Also known as the European edible hedgehog, this species is found along the entire coast of Europe. Generally, they can reach depths of over 1,000 meters and inhabit areas with hard and rocky substrates. Their diameter varies between 10 to 17 cm and they have fairly short spines with purple tips. The rest of the body has a striking red color, although it can vary from pink to pale purple or with greenish tones.

It is a species categorized "Near Threatened" by the IUCN (International Union for Conservation of Nature) due to overfishing, as it is a species consumed by humans.

Also known as the shore sea urchin, this species is distributed in the Atlantic Ocean, being very common in the North Sea. Generally, this species lives up to 100 meters in depth in rocky areas with an abundance of algae. In fact, it is very common to find them associated with brown algae. It is also very common to find them in areas of seagrass beds and oyster beds. They measure approximately 6 cm in diameter and the color of their shell is grayish brown, while their spines are green with violet tips.

You may also be interested in our article about the top 10 weirdest deep sea creatures.

This species is distributed in the Indian and Pacific oceans, generally at depths not exceeding 30 meters and preferably with sandy bottoms. They also inhabit areas of coral barriers. It is a large species and its coloration varies from dark red to light colors such as beige. However, there are also black, purple or orange individuals.

Their long red or black spines, which are also poisonous and serve for defense, are grouped in such a way that some regions of their body are uncovered and a V can be seen. Their diameter can exceed 20 cm and their spines are about 5 cm long, making the fire urchin a very striking and imposing species.

Also known as the long-spined urchin, this species inhabits the Caribbean Sea and the western Atlantic Ocean basin, where they inhabit shallow waters on coral reefs. They fulfill an important ecological role, since they are in charge of keeping the populations of many species of algae stable, which otherwise can cover corals.

The black sea urchin is a herbivorous species, but when food is scarce, it can become omnivorous.This type of sea urchin is black in color and their most striking feature is their long spines, which measure around 12 cm in length. Larger individuals have spines of more than 30 cm in length.

This species is also known as the heart urchin and is distributed throughout the world's seas, with the exception of the polar areas. These sea urchins can be found on sandy bottoms around 200 meters in depth.

Their body measures about 9 cm and has a heart shape and is completely covered by short and clear yellow-ish spines, which makes them look as if they have hair. The heart-shaped sea urchin lives buried in chambers that they create themselves. These chambers can reach 15 meters in depth.

You may also be interested in our article about the largest jellyfish in the world.

This sea urchin is distributed from Norway to Sierra Leone, including the Mediterranean Sea. They generally inhabit calm waters and can be observed up to 1,000 meters in depth, on sand or fine gravel bottoms. I

This urchin is a very small species that does not usually exceed 1 cm in diameter. They also have a flat and oval shape. Their spines are short and densely packed. They're usually a greenish color, although their skeleton is a whitish color.

This species, also known as the western sand dollar, is an American urchin. They are distributed in the Pacific Ocean, from Alaska to Baja California. They inhabit calm and shallow waters, although they can live in 90 meters deep waters, where they bury themselves in sandy bottoms and form groups with other pacidic sand dollar urchins.

Their shape is flat, which allows them to bury themselves in the sand. In general, they measure about 8 cm, although they can reach more than 10 cm. Their coloration varies from brown to purple tones, and their body is covered by fine hair-like spines.

This species is found on the shores of the Atlantic Ocean, in North America and from North Carolina to southern Brazil. It is common to observe them both on sandy coasts and rocky bottoms, as well as in areas of coral reefs, at depths of more than 150 meters in depth.

The five-hole sand dollar urchin is a medium-sized species, since they generally don't exceed 10 cm. Like the other irregular urchins, they are flattened ventrally and has five openings in the upper part of its shell, which act as gills. They are covered by fine and short thorns and are a greenish-brown color.

You may also be interested in our article about how starfish breathe.

This species of urchin is native to the Atlantic Ocean, in tropical and subtropical areas, from North America to South America, reaching Uruguay. They inhabit shallow waters and soft-bottom seas 60 meters in depth.

Like the other irregular species, this sand urchin is flattened dorsoventrally and its shape is almost pentagonal. Their size can vary as there are some that are 5 cm in size and others that reach more than 13 cm. As their name implies, these urchins have six holes, called lunules, un the upper part of their shell. They also have numerous short spines covering their body.

Other types of sea urchins

In addition to the above mentioned species of sea urchins, there are many others, such as:

If you're interested in sea creatures and the interesting mysteries our oceans hold, you may want to check out our video about the 7 rarest marine animals in the world. 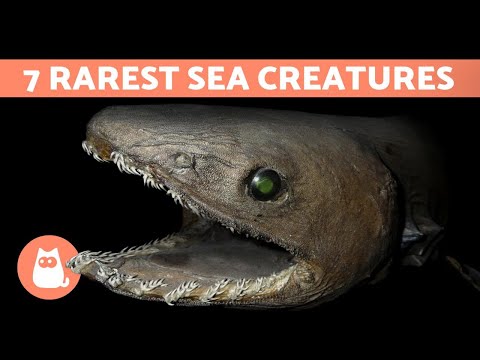 If you want to read similar articles to 10+ Types of Sea Urchins, we recommend you visit our Facts about the animal kingdom category. 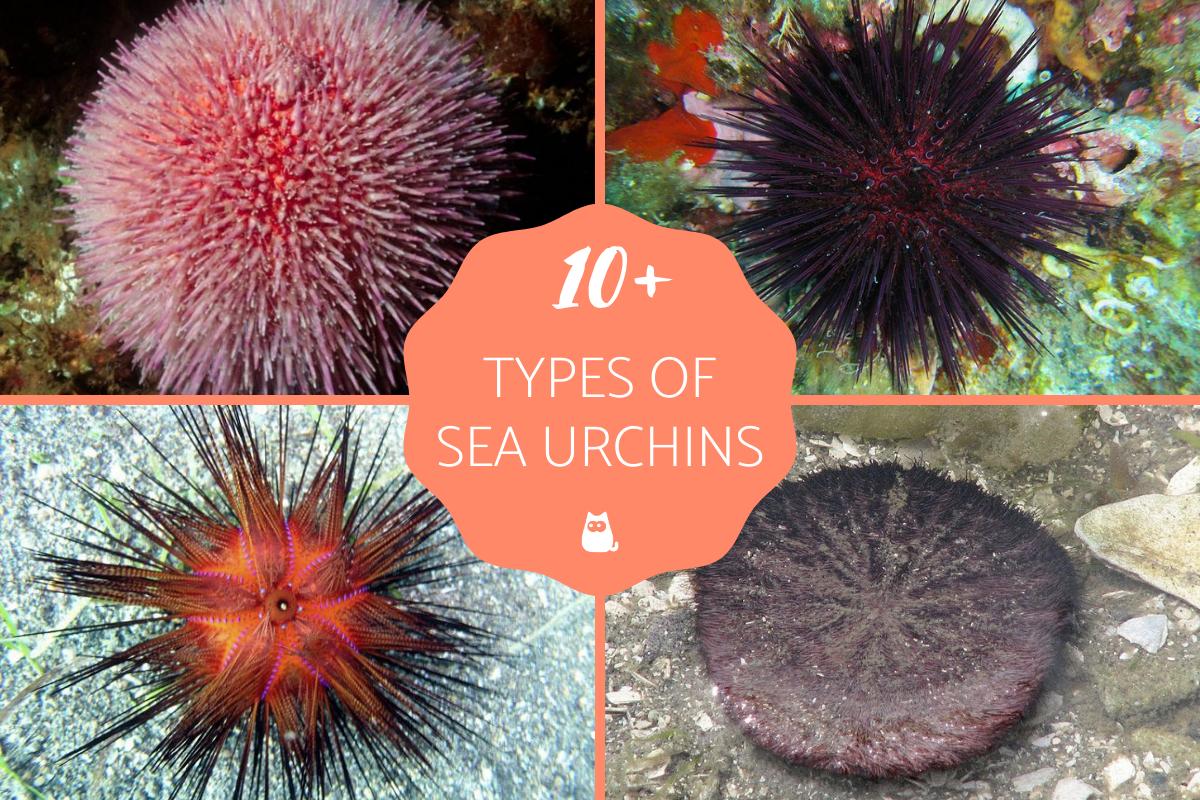 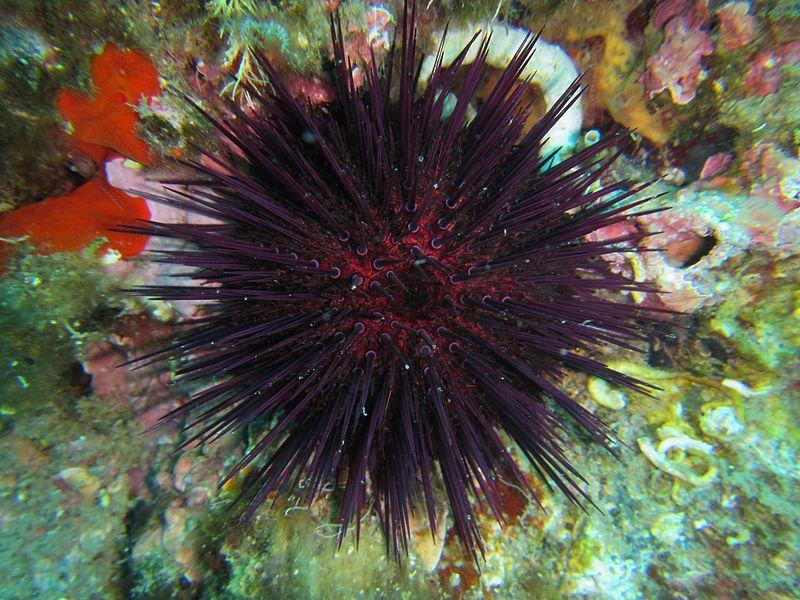 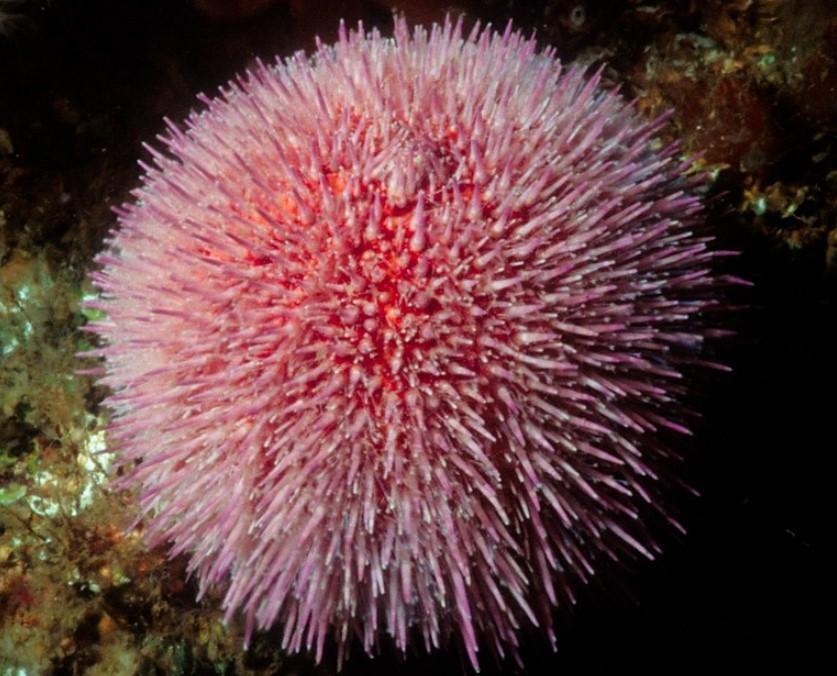 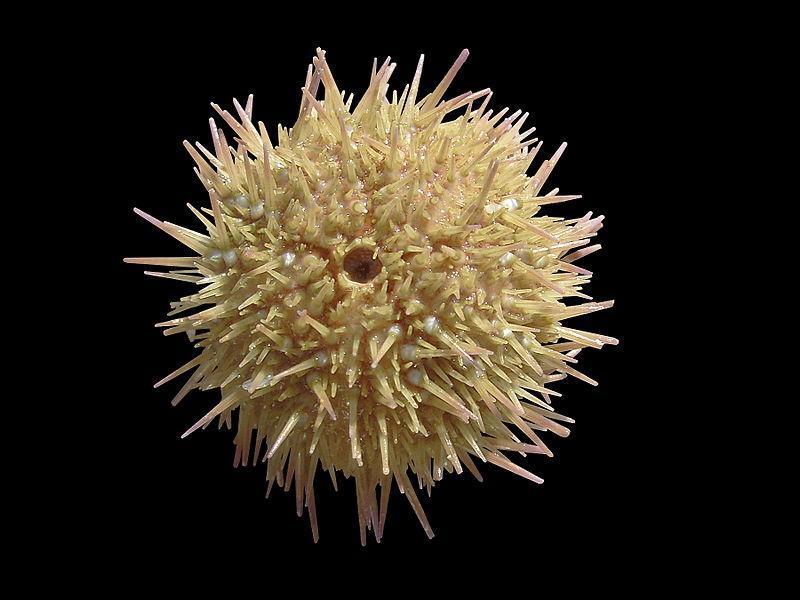 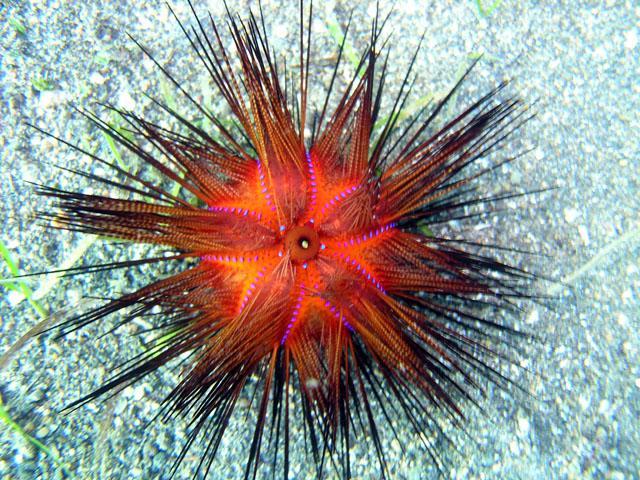 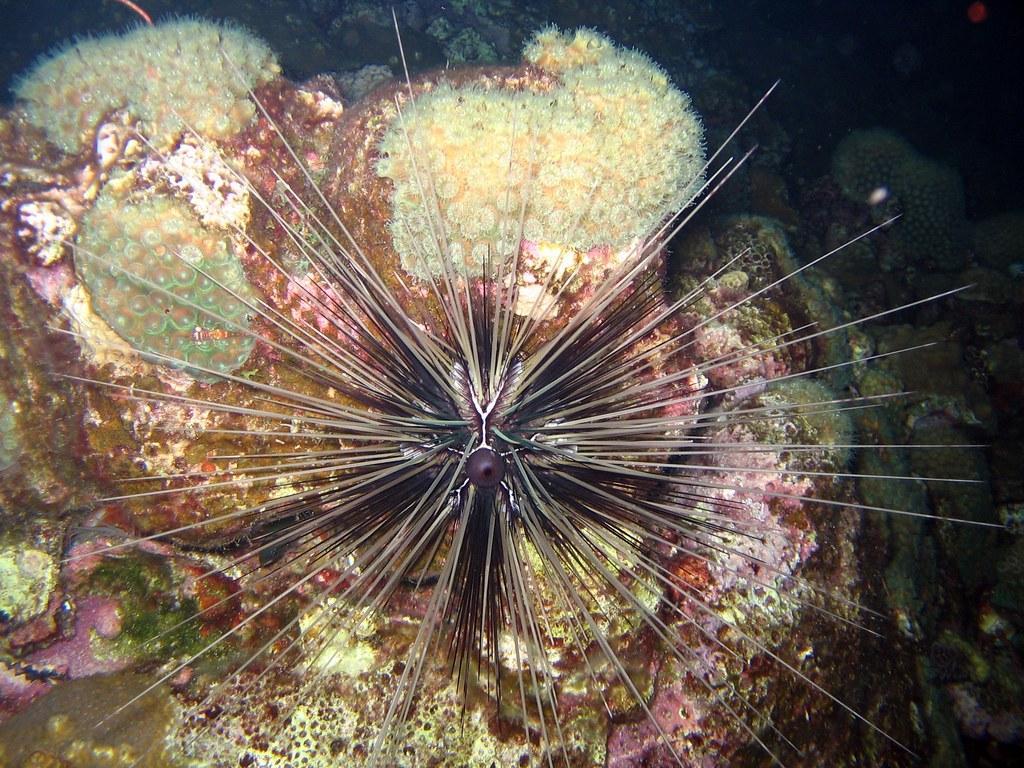 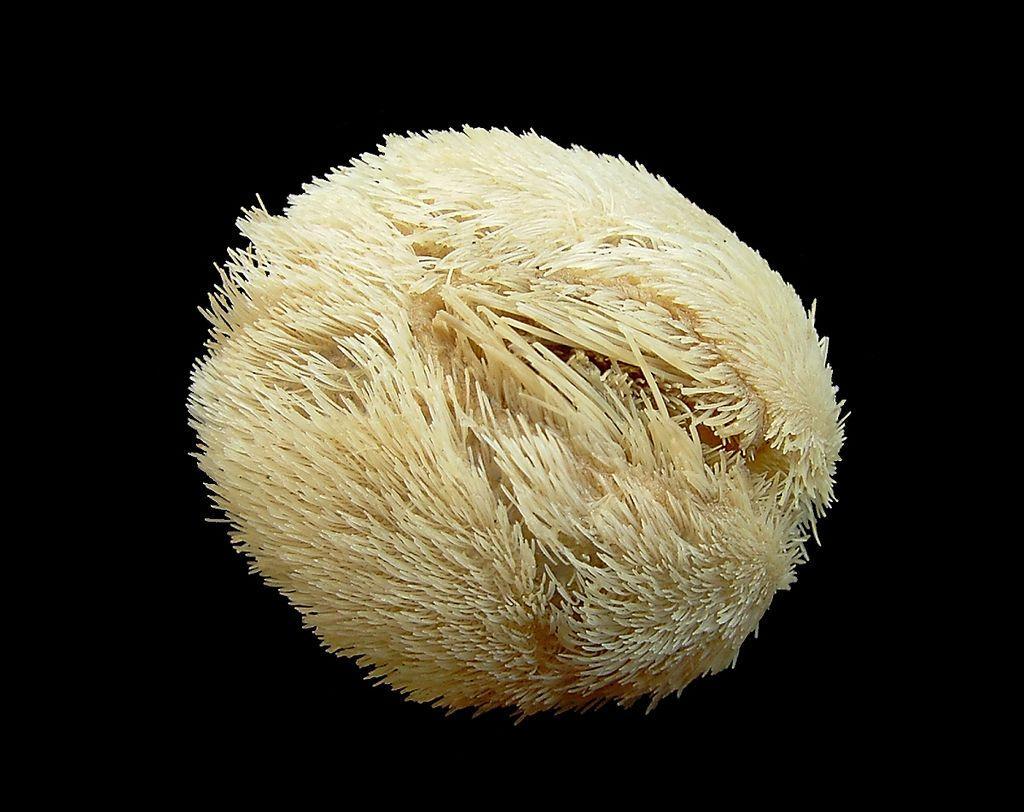 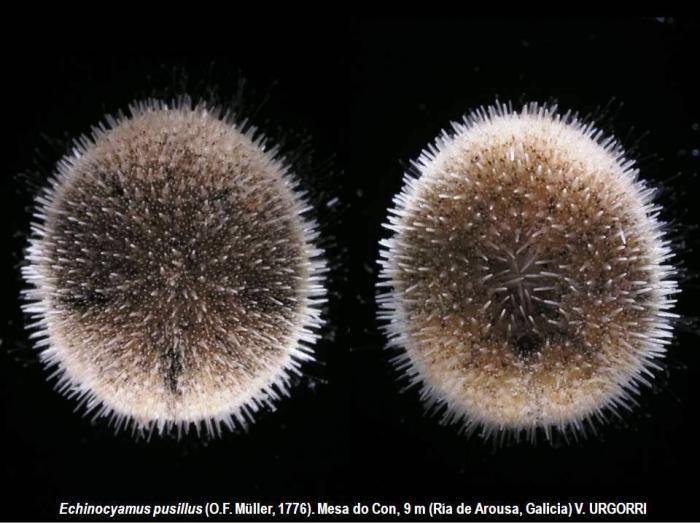 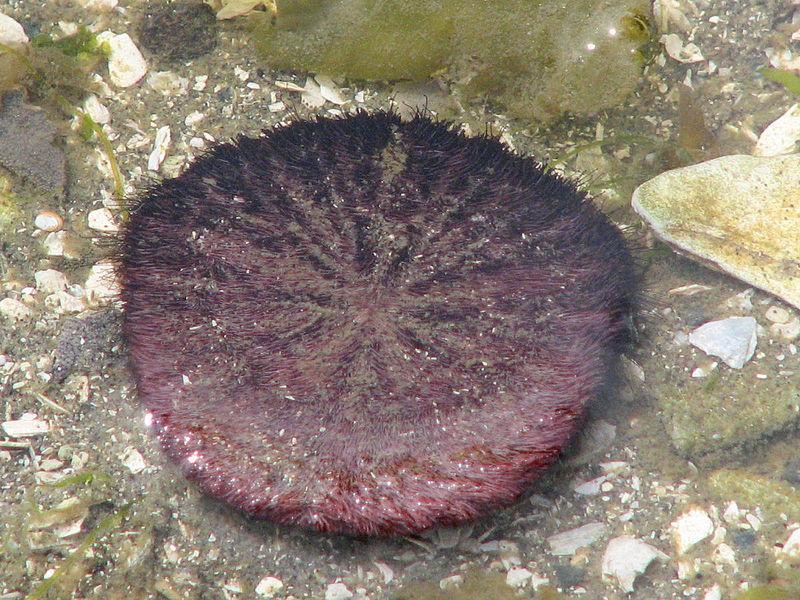 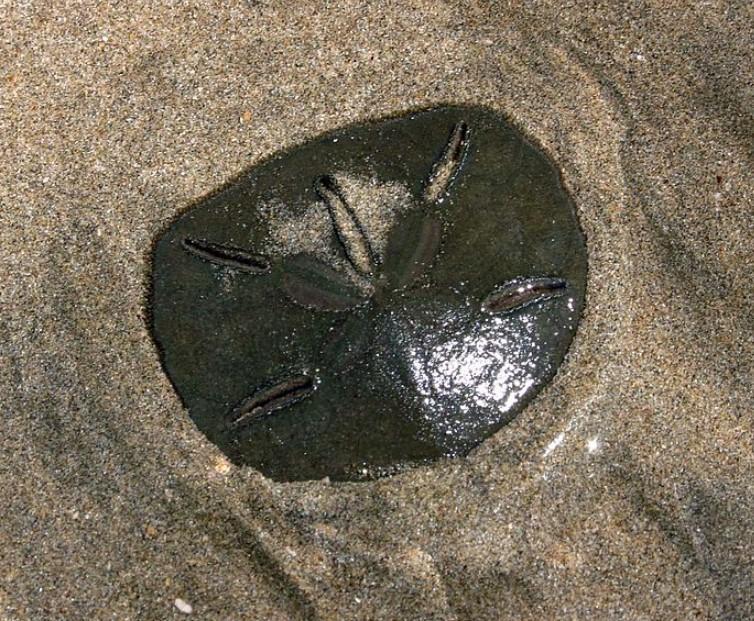 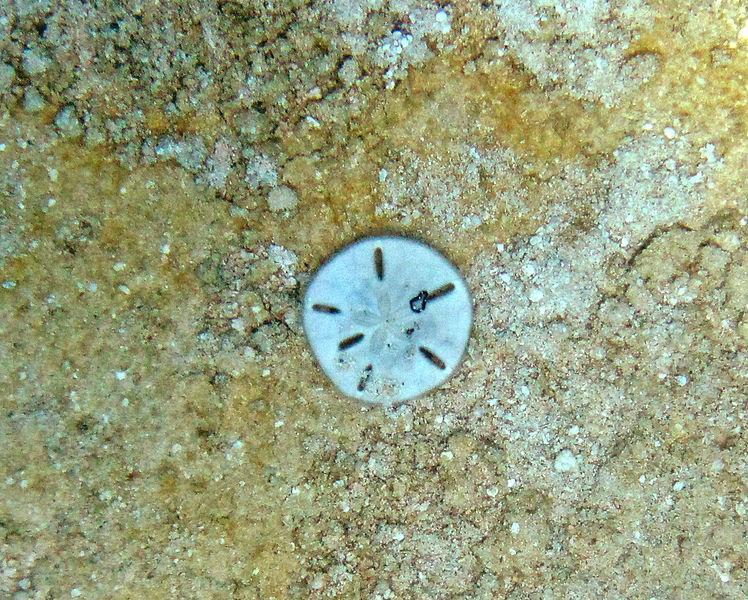