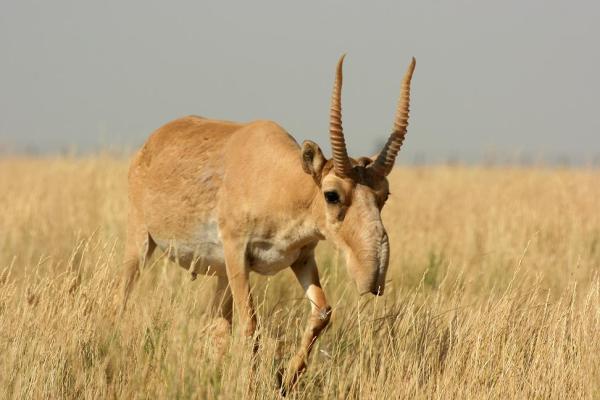 Steppes are plains characterized by low rainfall and a semi-arid, temperate climate. As a result, not much vegetation grows on the steppes, which are usually grassland or shrubland biomes usually covered in short grasses or sparse vegetation. Steppes occur in temperate regions - between the tropics and the poles - in both the northern and southern hemisphere. Being temperate, steppes experience seasons, with fairly hot summers and cold, dry winters. In steppes closer to the poles, winter often brings snowfall.

So, what animals live on steppes? There are many species that have evolved and adapted to the climate and vegetation of the steppes in different continents around the world. Each of them is found in a specific steppe or region of the steppe. AnimalWised brings you a list of 10 unique steppe animals, their characteristics and other fun facts about them.

You may also be interested in: 10 Unique Christmas Gifts for your Cat
Contents

The American bison (Bison bison), sometimes called the buffalo, is a bovid steppe animal that inhabits the prairies and steppes of North America. It is a herbivorous animal that feeds on short grasses, weeds, flowering plants, woody leaves and lichen. Bison used to be found in large numbers across the grassland plains of the Unites States and Canada and has always held an important place in Native American folklore. During the 19th century American bison were hunted widely, almost to the point of extinction. Their numbers have now recovered, although they are classified as ‘near threatened’ on the IUCN Red List.

The American bison is the largest existing land mammal in North America. Adult bison grow about 1.5 to 2 meters tall and can weigh over 800 kilos. Males and females both have small, heavy horns that they use to defend themselves. Bison grow thick coats to protect themselves from the snowy steppe winters. These coats are later shed in spring.

Another unique steppe animal is the bobak marmot (Marmota bobak). This species can be found only on the Eurasian steppe in parts of Russia, Kazakhstan and Ukraine. It lives in different habitats, from arid to grassy steppes. The bobak marmot lives in colonies of several families. They live in underground burrows where they hibernate for 6 months every year during the cold steppe winter.

The bobak marmot feed on the bulbs, shoots and flowers of grasses. Since the 20th century, they have suffered a decline in populations, largely due to hunting and destruction of habitat. However, so far they are still classified in the IUCN Red List as ‘least concern’.

The saiga (Saiga tatarica) is a unique species of antelope found only on the Eurasian steppe. Their populations are distributed in pockets across Russia, China, Mongolia, Ukraine, Kazakhstan and Uzbekistan. Saiga live in open steppe grasslands and can be found at altitudes ranging from sea-level to 1,600 meters on the arid steppes of Mongolia.

The saiga is a nomadic species with differentiated summer and winter ranges. They live in large herds and feed on the low grasses and herbs of the steppe. They have a high rate of reproduction because females can begin breeding at 8 months. Despite this, loss of habitat and poaching have caused saiga populations to continue declining. As a result, saiga are one of the most critically endangered steppe animals in Eurasia.

Another unique animal found only on the Eurasian steppe is Przewalski's horse (Equus ferus ssp. Przewalskii). It is a wild horse species that is found in the steppe regions of Mongolia, Russia, Ukraine and China. Przewalski's horses live in herds in steppe and semi-desert habitats at altitudes of up to 1,000 to 2,000 meters.

As for their social organization, these horses live in harem-like herds of one male with several females. Other males sometimes form bachelor groups. At present, there are only 178 adult specimens. Livestock activity and agriculture have led to a shrinking of their traditional steppe habitat. Along with hunting and climate change, this has taken Przewalski's horse to the brink of extinction. It is currently classified as an endangered species in the IUCN Red List.

If you want to learn more about wild horses, here is an article on wild horse subspecies around the world.

So far, we have seen steppe animals of the northern hemisphere. There are many unique species found in the steppes of the southern hemisphere too. One of them is the Lesser Rhea or ñandu (Rhea pennata), also called Darwin's Rhea. It is a bird native to South America, where it can be found in the Patagonian steppe in Argentina and Chile. Darwin's Rhea inhabits meadow grassland and shrubland steppe areas at an altitude of up to 1,500 meters.

The birds are lives in groups of up to 30 members, made up of one male with several females. Lesser Rheas are similar to ostriches, being flightless and weighing up to 25 kilos. During breeding, the females lay up to 50 eggs and, curiously, it is the male bird who incubates them.

The Andean Condor (Vultur gryphus) is another unique steppe bird native to South America. It is found in several countries along the Andes mountain range. It is the national symbol of many of these countries, such as Colombia, Chile and Bolivia, and it plays an important role in the folklore of Andean communities. Andean condors live in open steppe grassland, desert and alpine regions at altitudes of up to 5,000 meters.

The Andean condor can live up to 13 years. It is characterized by its black plumage, white feathers, and bald head with and its unusual reddish comb. The Andean condor is a scavenger of the steppes, feeding on carrion and choosing the largest carcasses.

Do you want to know more about scavengers? Here is an article about types of scavenger animals.

The vicuna or vicuña (Vicugna vicugna) is an ungulate steppe animal that is also found in the Andes mountains and other steppe regions of South America. Over half of the world vicuna population is in Peru, with smaller populations in Bolivia, Chile, Argentina and Ecuador. They are high-altitude animals living at 3,000 to 5,000 meters above sea level.

Vicunas are obligate drinkers and need access to water, especially in summer. They inhabit both both prairie-like grassy steppes and meadows as well as shrubland steppes and, sometimes, shallow wetlands. Vicunas are herbivores that feed on grasses, herbs and shrub leaves. They are classified as ‘least concern’ in the IUCN Red List, but their territory and habitat still face continuing decline as a result of human activity and climate change.

If you want more information on ungulates, here is an article on the characteristics of ungulate animals.

The steppe eagle (Aquila nipalensis), as the name suggests, is another species of steppe fauna. It is can be found in steppe habitats in various countries across Europe, Africa and Asia. It lives in steppe and semi-desert habitats, and can breed at up to 2,300 meters in rocky, mountainous areas with sparse vegetation. The steppe eagle, like all eagles, is a carnivorous bird and feeds on small mammals, termites and smaller birds.

Steppe eagles are migratory birds, flying to south-east Africa and southern Asia between August and October, and returning to the breed on the steppes between January and May. Traditionally, these birds built their nests on the ground. However, habitat loss and alteration have caused them to start making nests in shrubs or trees. The steppe eagle is classified as endangered in the ICUN Red List.

The great bustard (Otis tarda) is another bird native to the Eurasian steppe. It can be found in several countries in Africa, Europe and Asia, where it inhabits both open grassland and forest steppe areas. The great bustard usually nests in steppes and meadows, but it has also adapted to agricultural areas such as cereal or fallow fields.

The great bustard usually migrates in winter. However, its migratory patterns differ depending on where its breeding grounds are. Great bustards that live at higher latitudes always migrate, while others are facultative or partial migrants. The great bustard is presently classified as a vulnerable species, with populations declining due to habitat encroachment form agriculture, hunting and climate change.

The demoiselle crane (Anthropoides virgo) is another unique bird that is found in steppe habitats across Asia, Europe and Africa. This crane species breeds in feather grass steppes as well as semi-desert areas or shrubland steppes. The demoiselle crane feeds largely on plant matter such as grass seeds and cultivated grains, although it also eats small insects and worms.

The demoiselle crane is a migratory bird and lives up to 11 years. They usually begin migration in late summer, leaving their breeding grounds in the higher steppes and returning only in April or as late as June. The demoiselle crane is known for its attractive appearance, with a gray body, black face and neck, and white plumage emerging from red eyes.

There are many other animals that live on steppes, among them mammals such as rabbits and wolves, as well as insects such as ants and beetles, or scorpions and other arachnids. Here are some other unique steppe animals:

If you want to read similar articles to 10 Unique Steppe Animals, we recommend you visit our Facts about the animal kingdom category. 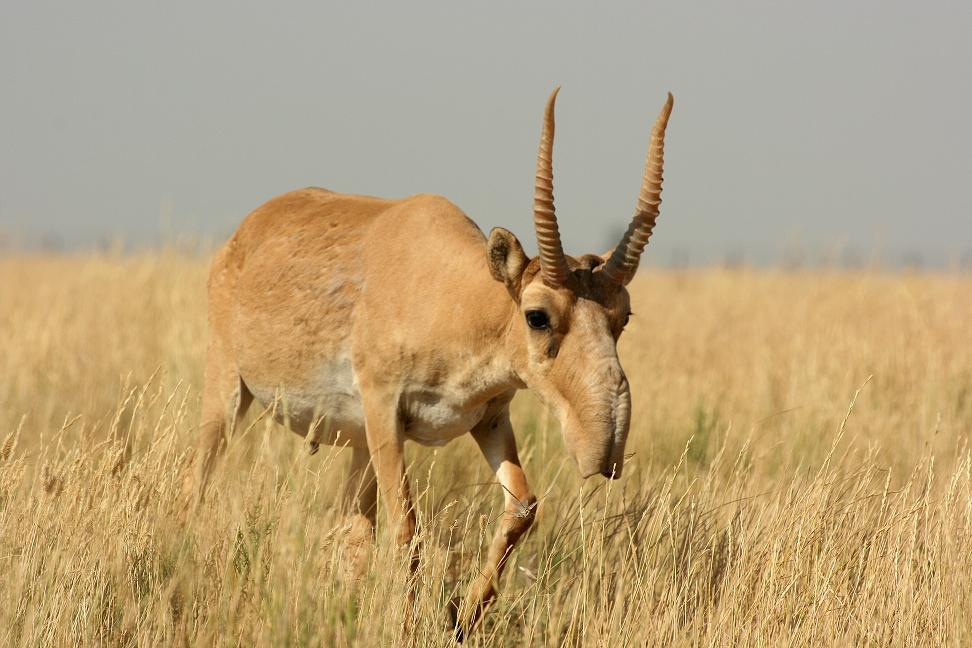 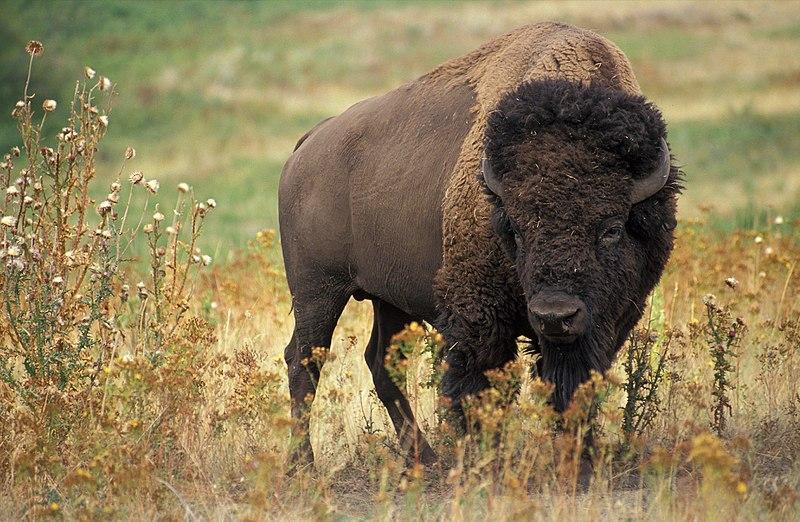 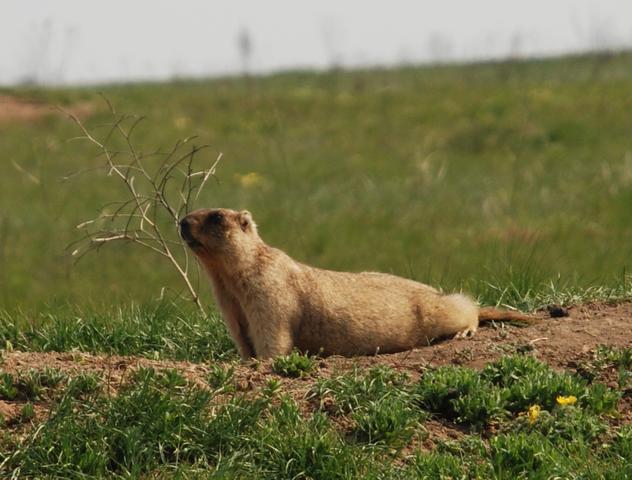 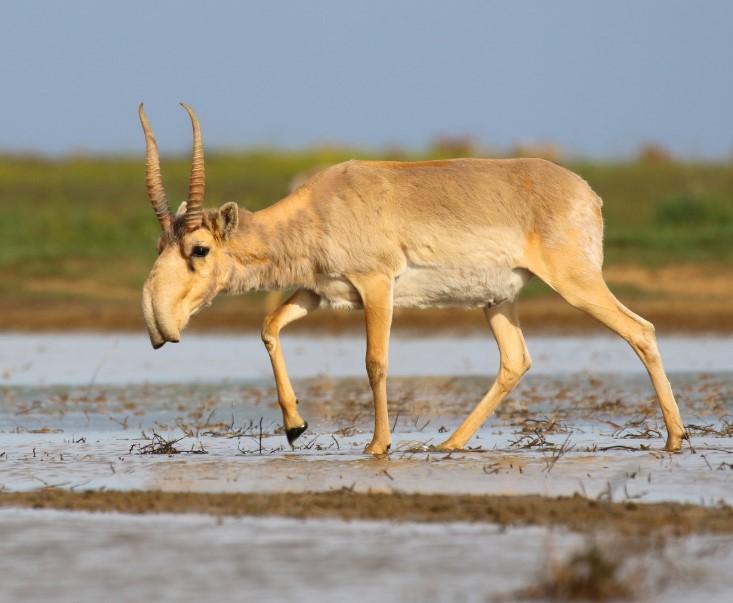 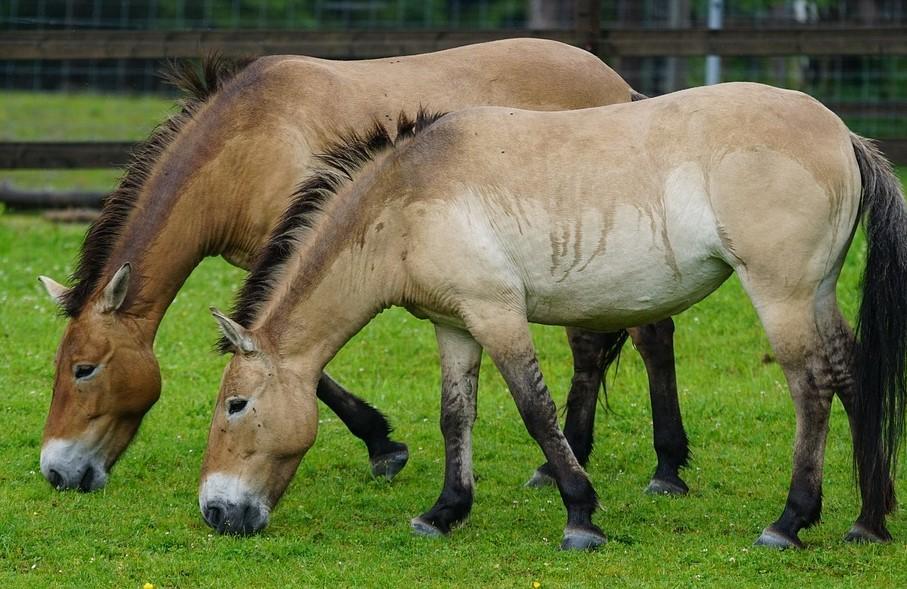 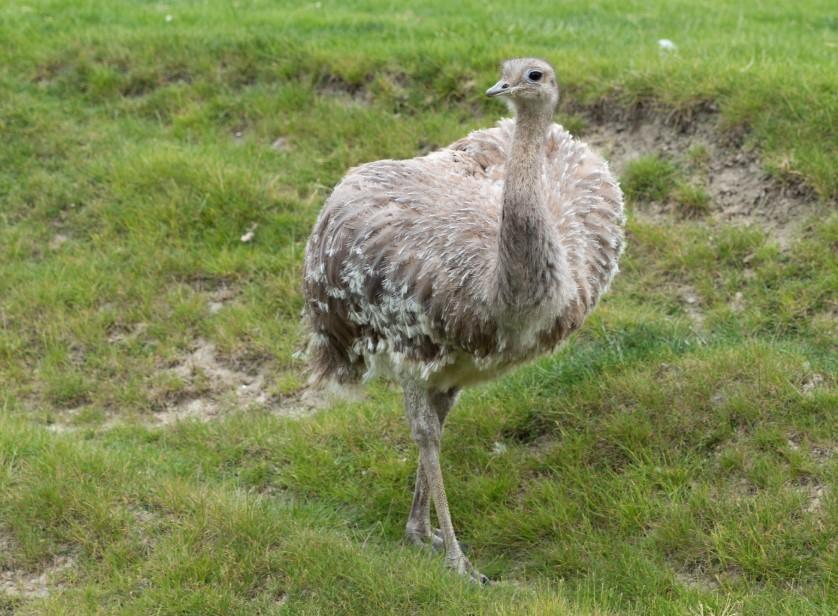 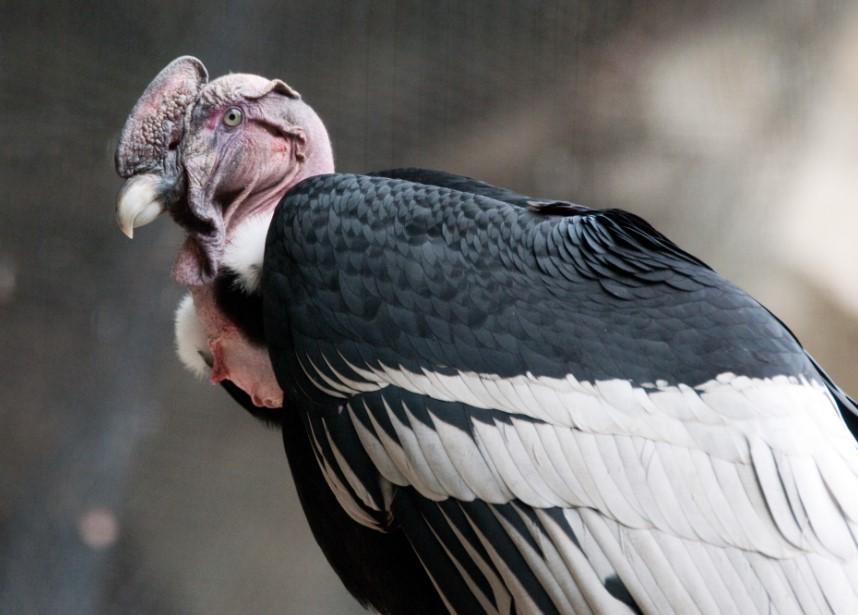 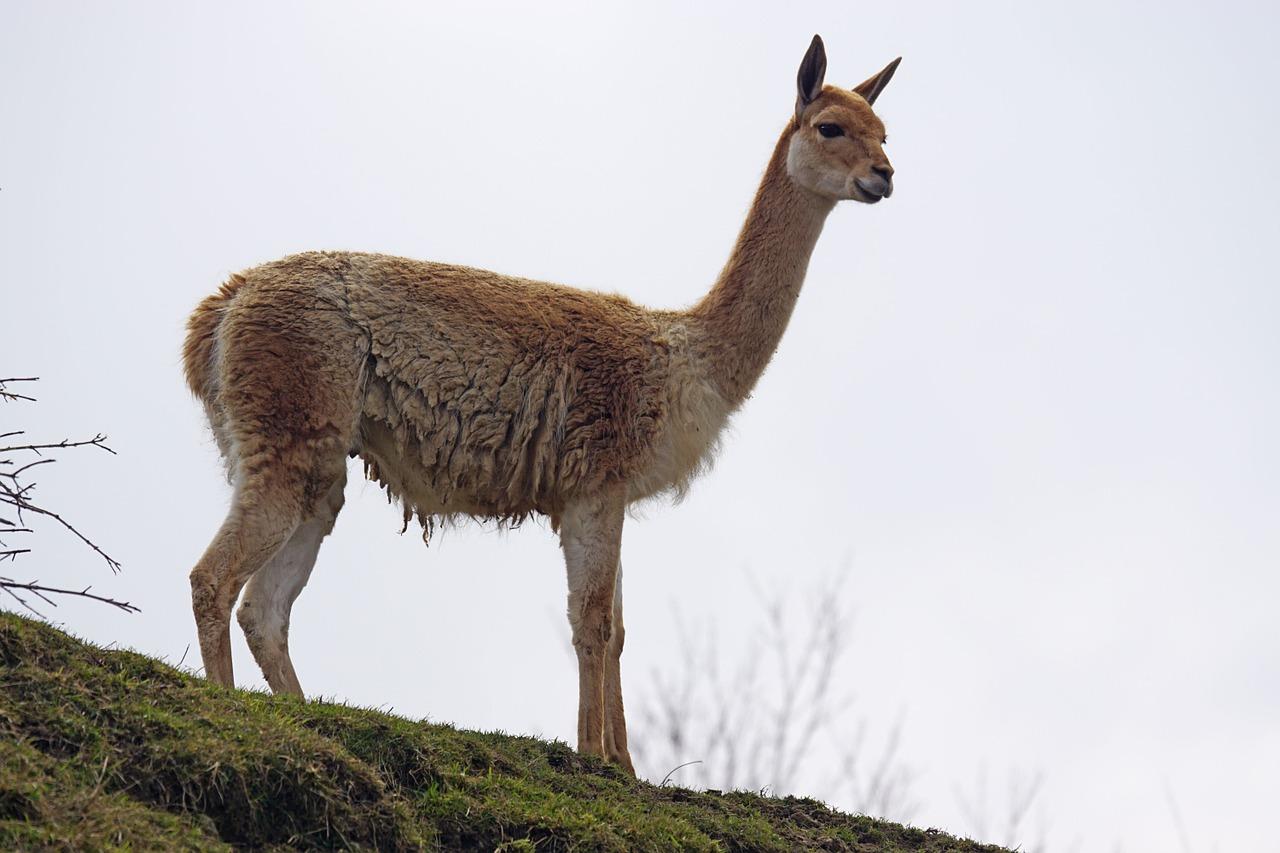 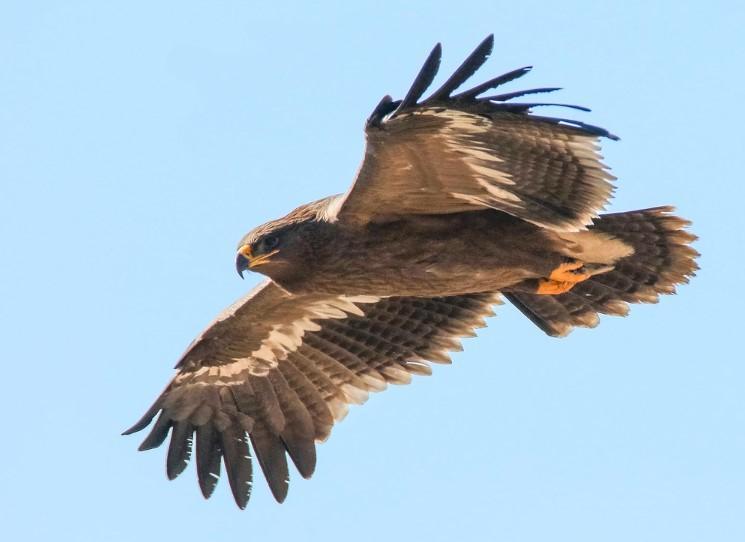 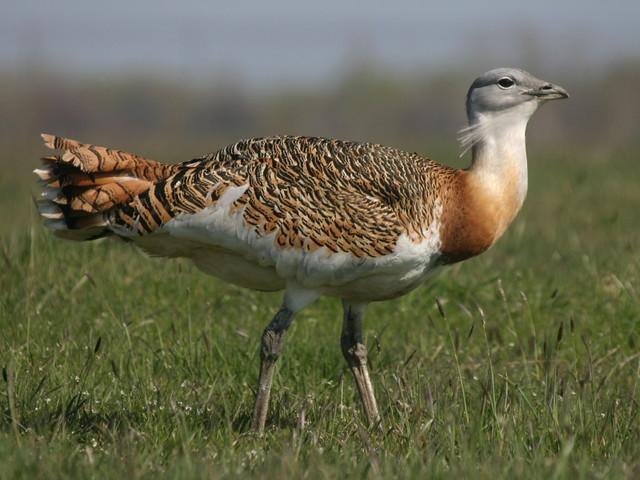 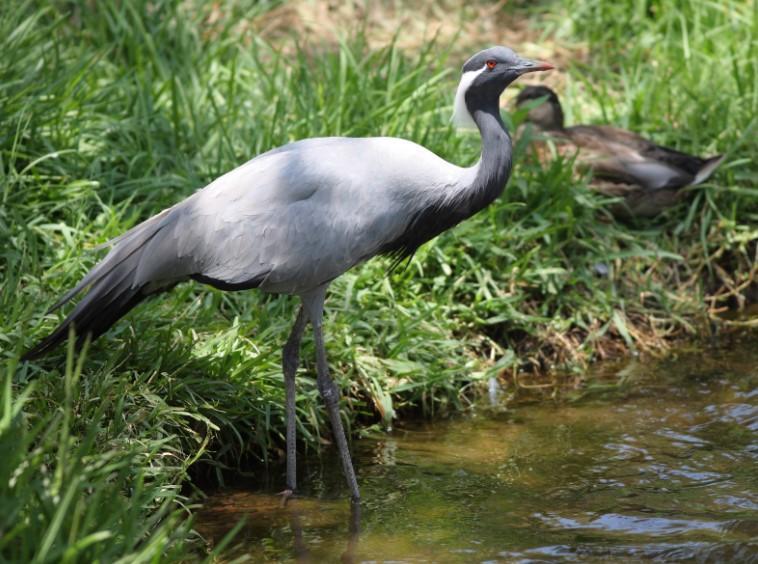