What are Wild Horses? Horse Subspecies Around the World 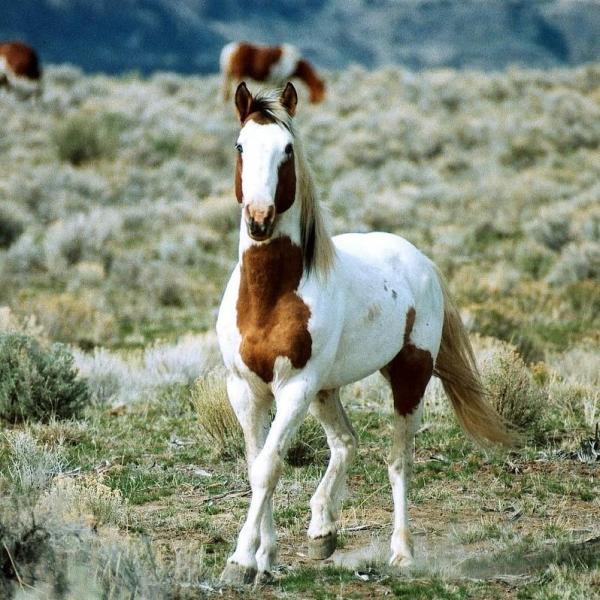 Wild horses, majestic and fiery, evoke a feeling of freedom and pride and bring images of wild herds galloping across infinite landscapes with their manes billowing in the wind to mind.

However, nowadays wild horses are becoming rarer. Humans have forced them to arid areas where the lack of food and water and the weather and landscape conditions make survival very difficult for them.

You may also be interested in: Types of Wild Cats Around the World
Contents

What are feral horses?

Feral horses are free-roaming horses that live in the wild and belong a country or a state. However, they are not wild horses as they are of domesticated ancestry: they belong to the same subspecies as the domesticated horse, Equus ferus caballus. These domestic horses managed to escape or were released intentionally and were able to survive and reproduce.

There are very famous types of feral horses around the world, including the following:

What are semi-feral horses?

Semi-feral horses live freely in herds in large areas, as feral horses do, but they actually belong to a horse breeder.

Among the types of semi-feral horses around the world we can find the Pottok or Pottoka from the Basque Country, a pony breed that reaches around 1.2 m (3 ft 11) at the withers.

The ancient Camargue horse is also a semi-feral horse breed. This beautiful gray horse lives in southern France, in the Camargue region and the delta of the Rhône river, and it is believed that they arrived in this area before the Romans. They live freely, but they actually belong to farmers who use them mainly for bull festivals.

What are "true" wild horses?

There is only true wild horse today, the famous Przewalski's or Dzungarian horse. It is also a subspecies of the horse, and its scientific name is Equus ferus przewalskii. This type of horse has never been domesticated by humans, so it is not feral but truly wild. The Przewalski's horse can be recognized because it's short and sturdy, at 1.4 m (4 ft 7) tall at the most, and it is a beautiful pale dun in color.

The Przewalski's horse lived for many years in the steppes of Central Asia, almost unknown to Europeans until 1878, when the Russian colonel Nikolai Przewalski set out to find them after hearing rumors of their existence. He managed to describe them and brought back some of a wild horse's coat.

However, the curiosity that led to the discovery of the Przewalski's horse almost caused their demise: herds of Przewalski's horses were moved and put into captivity, hunted or destroyed for agricultural reasons. The Przewalski's horse actually became extinct in the wild in the 1960s, but has since been reintroduced to its native habitat in Mongolia. However, it is still an endangered subspecies and very few specimens remain today.

Another type of true wild horse was the tarpan or Eurasian wild horse, a subspecies known as Equus ferus ferus. It was native to the steppes of West Asia and Central Europe, but it became extinct: the last tarpan horse, who was kept in captivity, died in the early 20th Century. It is believed that tarpans became extinct due to competition with human farmers and crossbreeding with domesticated horses.

The tarpan was relatively short, at 1.4 m (4 ft 7) tall at the withers, and a pale bay or tan gray (grullo) in color. There are claims that the Konik breed descends from the tarpan, but there is no genetic proof and it shows no traits of a true wild horse.

Now that you know what are wild horses, the differences between feral and semi-feral and the different horse subspecies around the world, don't miss the following articles:

If you want to read similar articles to What are Wild Horses? Horse Subspecies Around the World, we recommend you visit our Facts about the animal kingdom category.

Types of Tigers Around the World: Tiger Subspecies
What Is the Strongest Animal in the World?
Why do Horses Neigh?
What Are Hybrid Animals? - List And Examples
Related categories
Endangered animals
Most read
1.
What Animal am I According to my Zodiac Sign?
2.
What Does It Mean When a Cat Shows Up at My Door
3.
Why do Dogs Get Stuck when Mating?
4.
The 10 Most Solitary Animals in the World
5.
10 Most Beautiful Animals in the World
6.
My Female Dog In Heat Won’t Accept A Male - Causes
7.
Are There Venomous Spiders in the UK?
8.
Animals With Scales - Full List
Fun and Interesting Facts About Horses
Types of Deer Around the World
Types of River Dolphins Around the World
50+ Inspirational Horse Quotes
What Animals Sleep Standing Up?
Who Are the Christmas Reindeer? History and Names
Horse Body Language and Communication
What are Ungulate Animals? - Definition, Characteristics and Examples

What are Wild Horses? Horse Subspecies Around the World 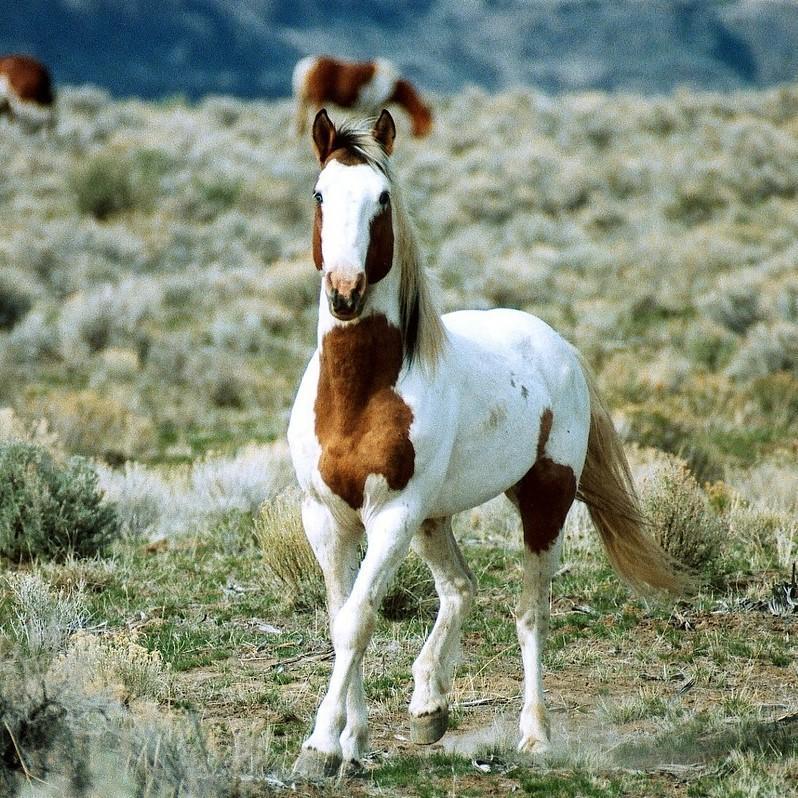 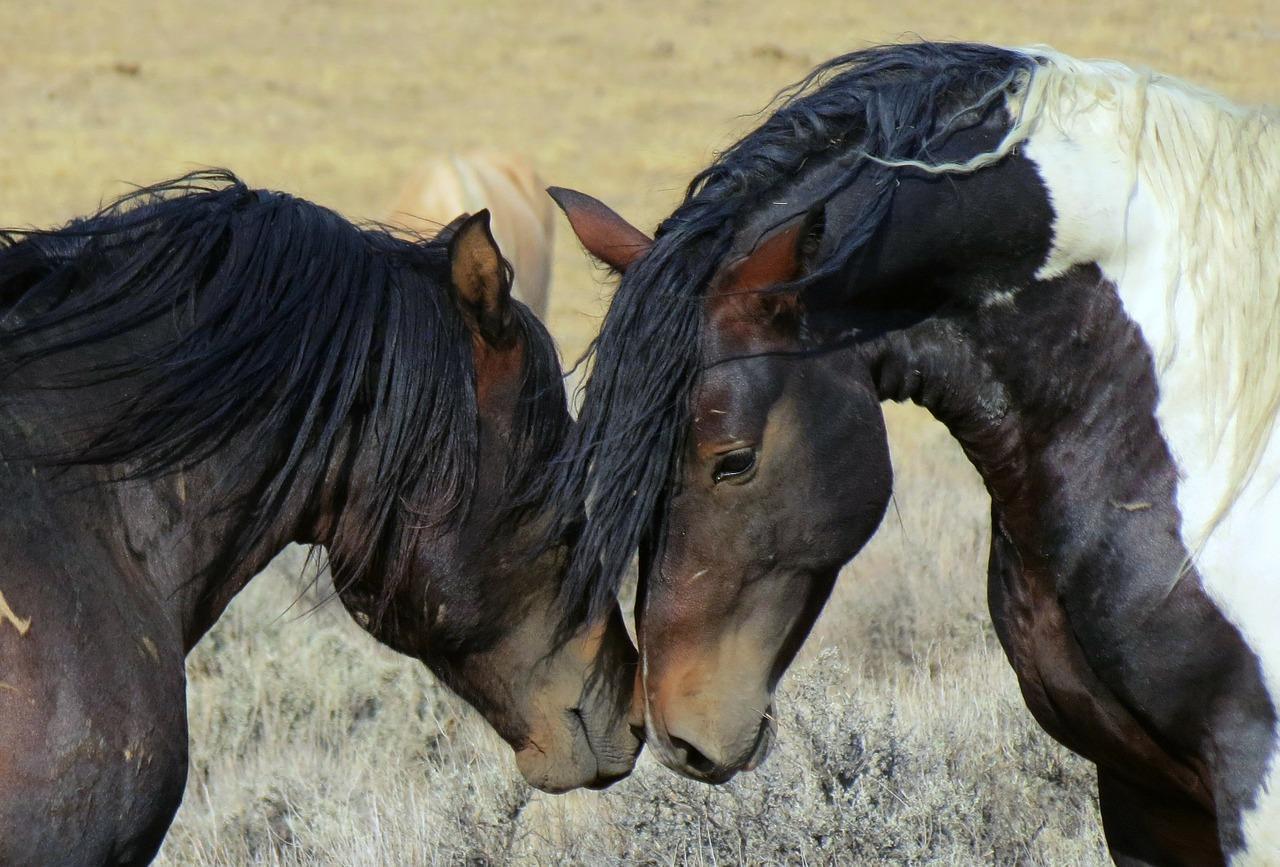 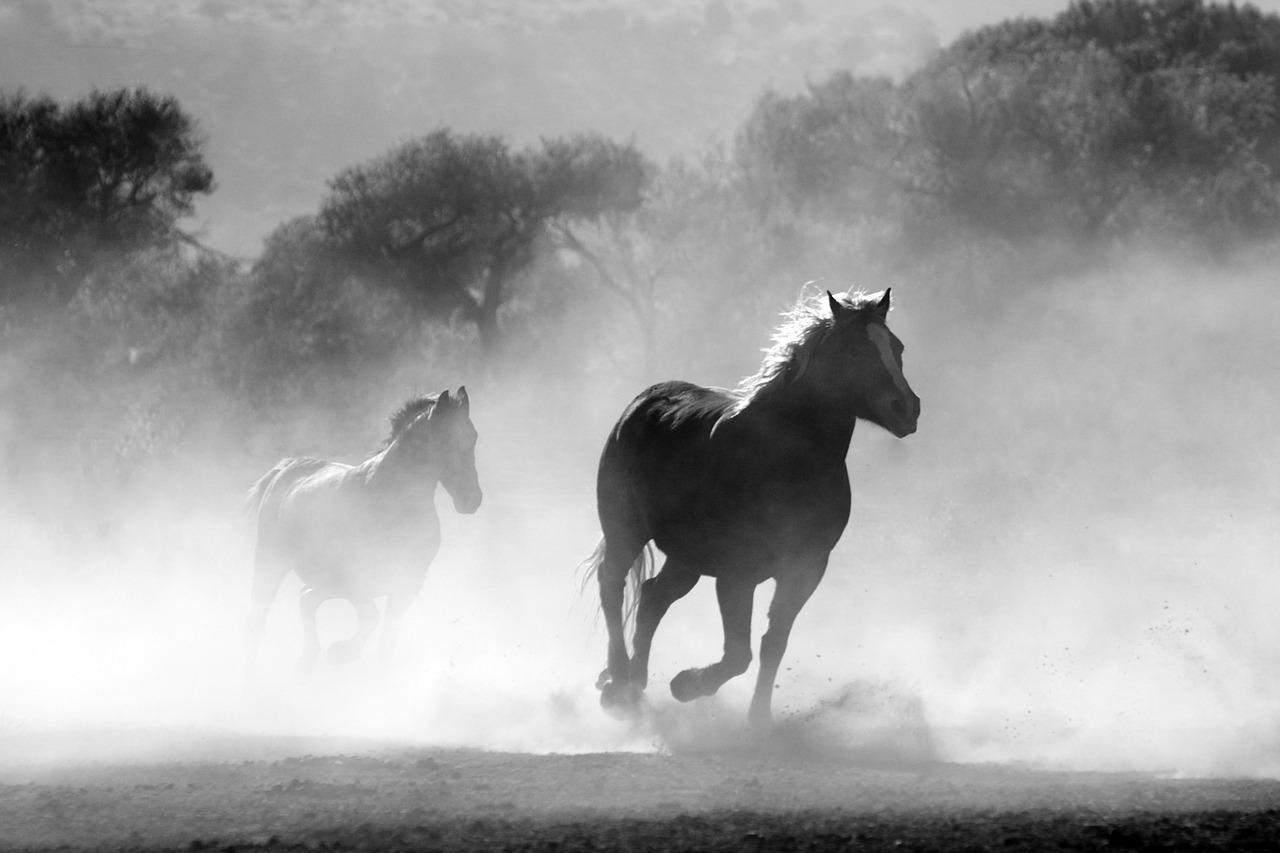 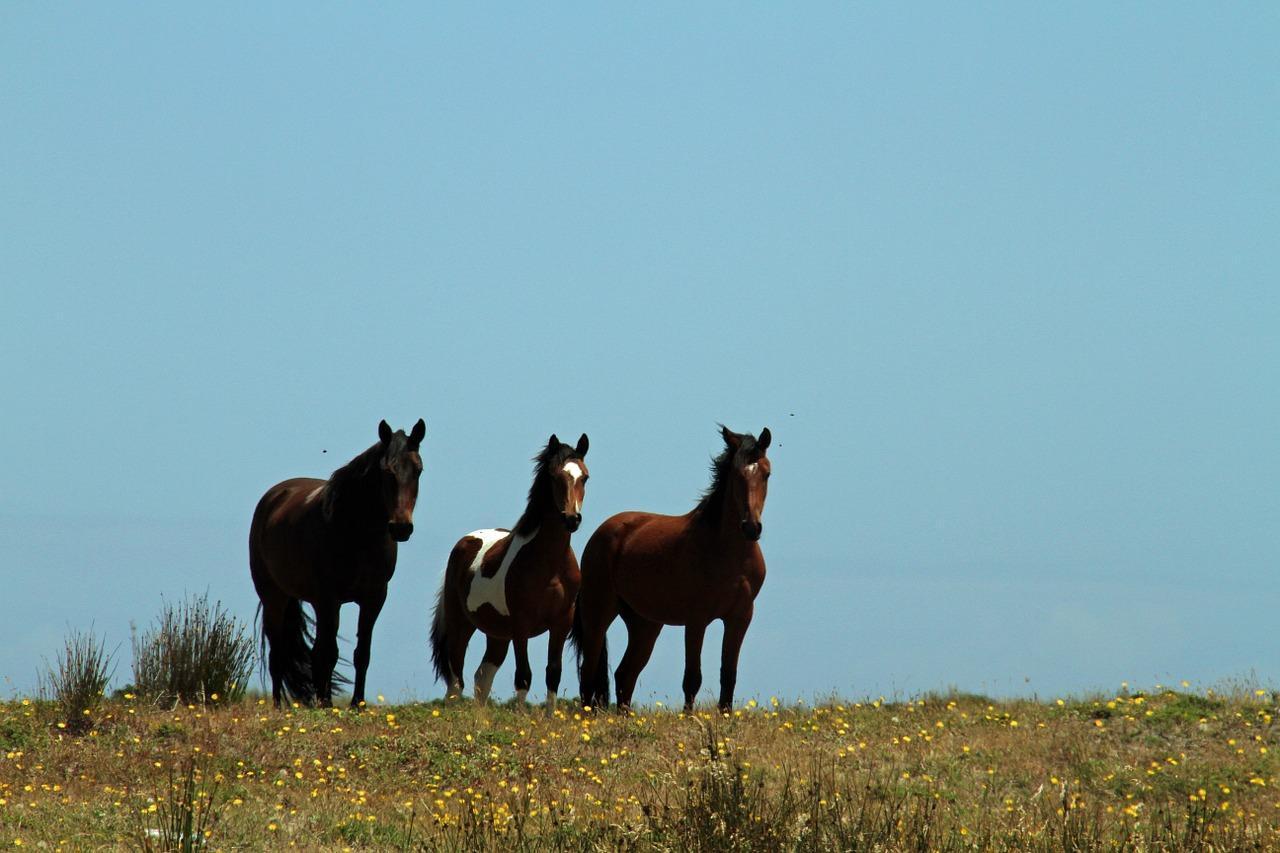 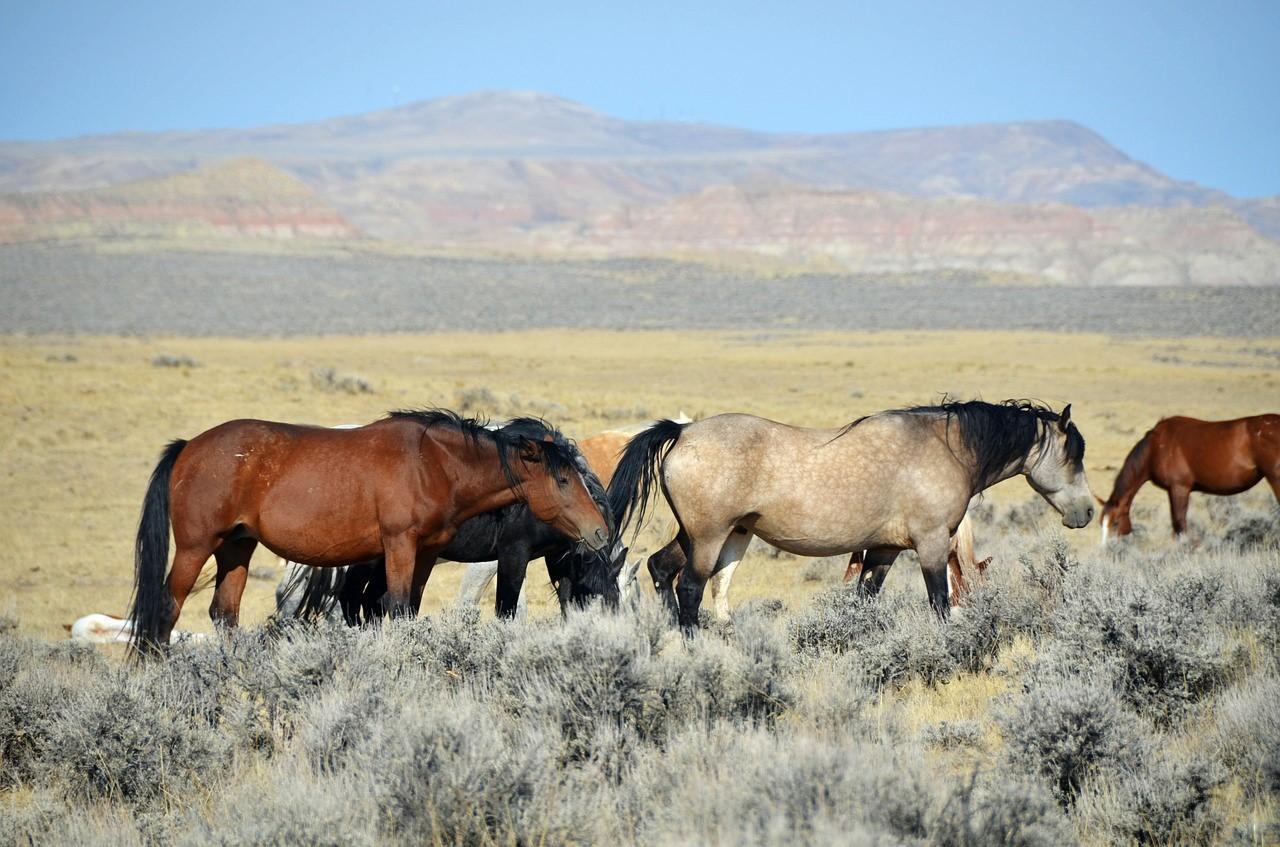 1 of 5
What are Wild Horses? Horse Subspecies Around the World
Back to top